Stob Dearg, to the surprise of absolutely no one, is Scotland's most photographed mountain. Little wonder as it is a truly majestic sight as one heads over Rannoch Moor and it stands guard over Glen Coe. It's one of those hills I've wanted to do for ages, but somehow never found the time or for whatever reason, just haven't got round to it.

I was going to be going to Ben Lomond on Saturday, but when that fell through, and an invite from Graham Slater to Scoob and Fi's compleation on Stob Dearg appeared, it was a no brainer. This had come about as Graham had arranged to get a photo of mine of the Buachaille framed for a compleation pressie. Something for which i am truly honoured. This is the pic: 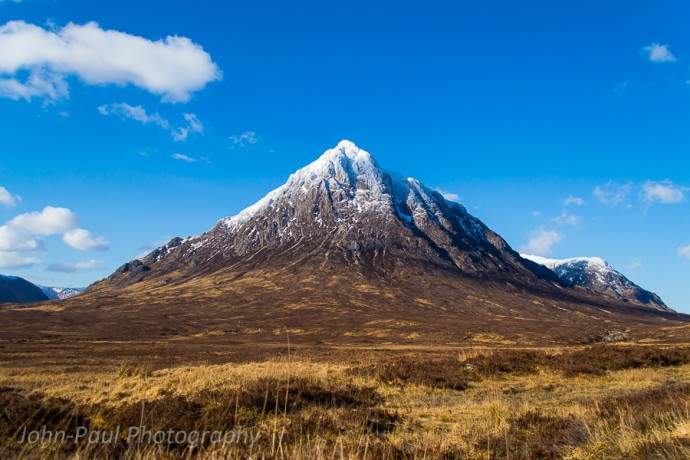 So, onto the day itself. Myself and Anne had decided we wanted to try and catch a sunrise over Rannoch Moor. Timings were worked out, and with a heavy heart, my alarm was set for 4:00am

Half an hour later, we were off, Anne half asleep, and me with a bowl of frosties and the strongest coffee i thought possible behind me. Unsurprisingly the rads were quiet and we arrived at a parking spot near Loch Ba at about 6:30am. A brief squelch onto the moor and we were soon at the loch's banks waiting on some dawn colour. It didn't disappoint. Rannoch Moor is wonderful. The only negative is the frankly disgraceful litter left by idiots camping there. However, a truly atmospheric place, and one i'll never tire of.

With the light improving but the cloud still hanging about, Glen Coe looked as eerie and as spectacular as ever. what a place. After a bit of a daunder up and down the A82 taking photos we headed up to Altnafeadh and attempted to park in an exhaust-busting car park which closely resembled the surface of the moon. The crowd slowly grew, both in anticipation of the special day ahead, and wondering who would rip their car's sump off hammering it into the car park. Tomsie came closest, his arrival bringing a loud scrape to the underside of his car, and gasps and laughter from those already assembled.

With a fair crowd in place, Graham presented Scoob and Fi with their gift (obviously not one for worrying about tempting fate

) and everyone set off after a wee while. Most of the group would take on the incredible curved ridge, and a a few of us heading up through Coire na Tulaich. Up through the Coire

After a nice climb up through the Coire, we reached the bealach after around an hour and a half. The views opened up as we went, with distant peaks poking out above the cloud. It looked simply incredible.


AnneJ had never done any scrambling before, or climbed anything steeper than Schiehallion and Mayar. Fairly sure my name was mud for a wee while

At the top, the views were quite simply magnificent. Our climbing style was thus:

The bealach is littered with the red rock which give the mountain it's name. We continued to take in the wonderful views from the bealach. It's not a long or difficult walk up to the summit at all and we were soon there. 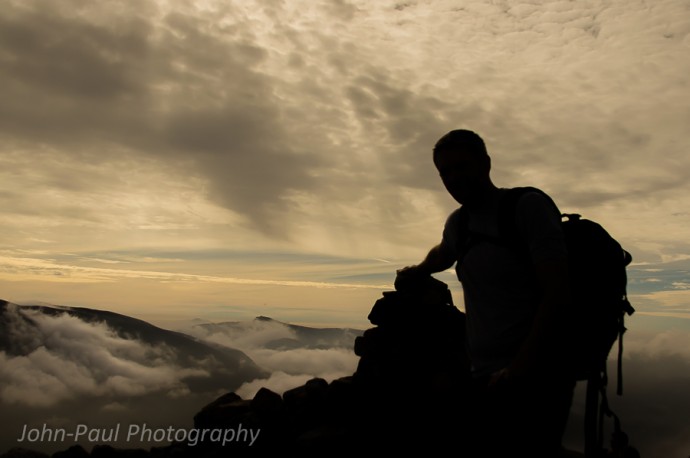 We sat down with the rest of the "Coire Crew" for lunch and awaited sight of those taking on Curved Ridge, including of course, Scoob and Fi. They weren't long in arriving. 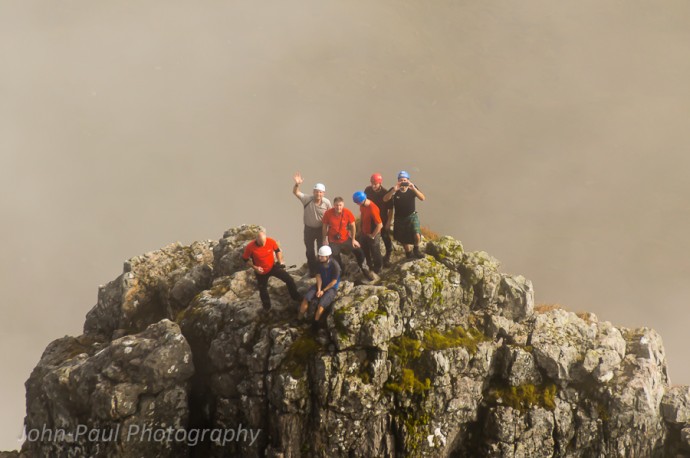 Not a bad view! Before long, they had joined us at the summit and there were a couple of special moments to be had... 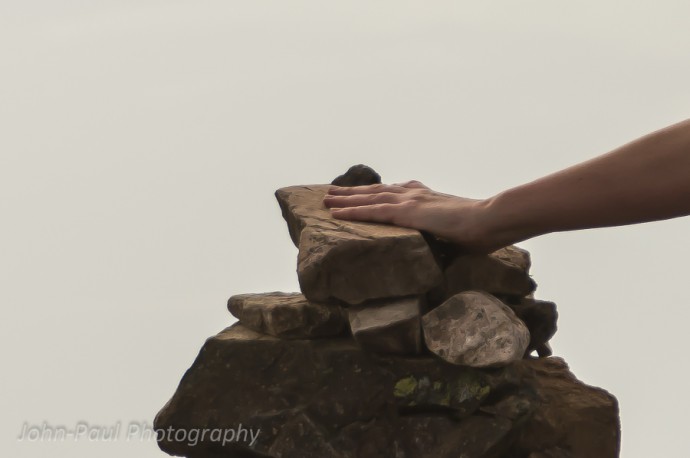 Everyone just hung around the summit, chatted, congratulated and generally had a fantastic time. It was a hell of a good place to be Bod's hat, bought in some alpine town no one's ever heard of...

Somehow, despite the presence of whisky, everyone managed to get organised for a summit shot. Thanks to Spiderwebb's young lass for taking these. 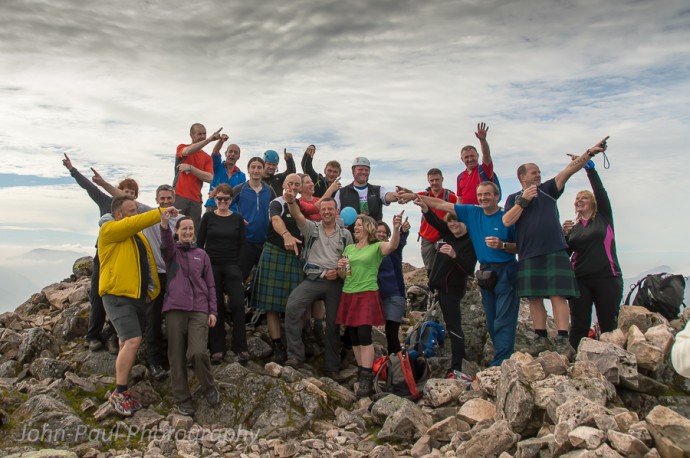 Eventually though, it was time to make a move. I briefly considered the second munro, but the thought of enjoying a couple of well earned colds ones with the rest of the group won fairly easily and we headed down the initially steep Coire. Last view of the Glen before heading back down the Coire Looking back up to the steep initial descent

Just over an hour later we were out of the Coire, heading down the fine path towards the SMC Cottage. One last look at a truly wonderful mountain. After a leisurely change out of a pair of horrific socks, which i really should have burned, it was time to negotiate the exit of the lunar car park and head to the Clachaig for an absolutely wonderfully cold bottle of Peroni and an enjoyable chat with the rest of the group. We camped at the Red Squirrel and returned to the pub about 6pm, from which it became incredibly busy, to the extent that food and drink started to run out.

Graham Slater, if you read this: The Venison Burger was magnificent. No offence

I can only end this report on a brilliant day by congratulating Scoob and Fi.

Valerie wrote:Great report of a truly wonderful day up one of the most magnificent mountains in Scotland

It just doesn't get any better than that

Fabulous photos of a special day on at least two counts!

Great report and photographs there JP

, on as you say a Special Day. Congratulations to Scoob and Fi on what will be a memorable day for all the right reasons

Many congrats to Scoob and Fi - on both counts!!!

Fantastic day it was nice meeting you and Anne.

Some superb photos there JP, particularly the Ben and CMD

Not so sure about Bod's headgear though