Walking this pair of Munros was a real treat!

I think the reason for this was partly to do with the pleasure (luxury?) of walking the entire day on well-defined mountain paths, or discernible tracks with minimal bog. I heartily recommend it. The route I adopted was the one outlined above by Walkhighlands; the only change I made was to swap the order of summits. The forecasters had promised a day with cloud but sunny intervals by late morning, once a "weak front" had "sunk slowly southwards" into England. Well, the front was either not quite so weak, or not quite so mobile. I arrived on M. na Teanga (3h 5 min) with intermittent cloud still surrounding, so regrettably missed the stunning views to the south, though occasional glimpses of the Loch below, and the hills to the west, gave me a first real feel of what a superb place this is. Reminding me a bit of Blencathra, this mountain makes up in bulk and extent what it might seem to lack for being "only just" a Munro. The summit (918m) is barely higher than M. Coire Lochan (907m) and M. Odhar (875m), its associated tops along the ridge to the west - the whole extensive mountain no doubt from the air showing an great rounded Y-shape. I felt bad not "doing" the job thoroughly and visiting the other tops too, but I'm not a hill-sprinter, and there was another Munro I wanted to bag. So after 20' at the top, back I tracked to the bealach at 620m and thence up the north-going stalkers' path to the second summit of the day. The slowly departing weather front had a sting in its tail, as there was continuous though light rain during this transit (1h 25min), but the path was clear and the walking easy enough. 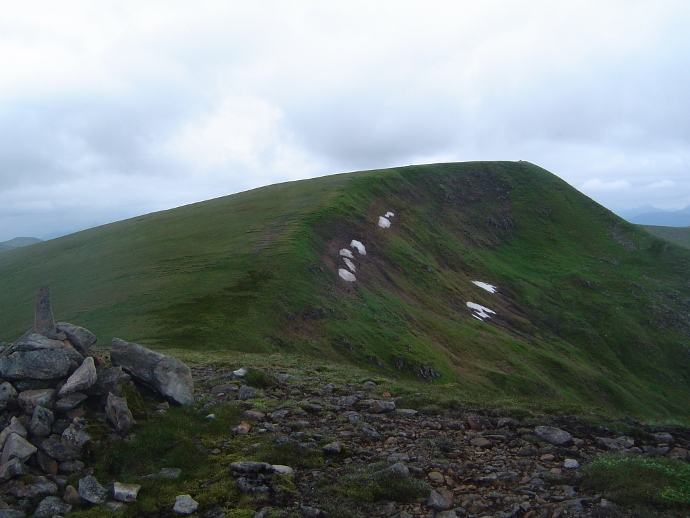 Sron a Choire Ghairbh from its 908m top

I was really lucky to arrive on Sron a Choire Ghairbh (about 13:48) just as the clouds were beginning to lift and the panorama, especially looking north, was stunning. Again, this mountain makes up for its modest Munro status (937m) with an immense bulk, and it has a grand horseshoe shape. The view NE is stunning, into the imposing Choire Glas merging in the distance with the Great Glen. It was hard to tear myself away from such a marvellous place and I took loads of photos (a few of which are attached). 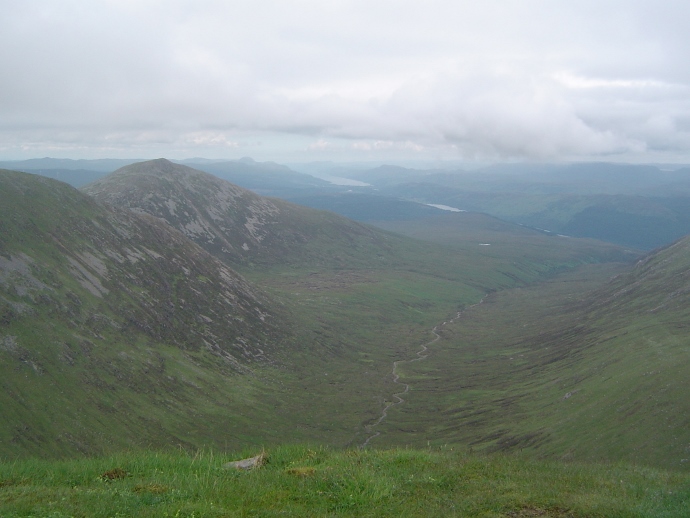 Looking north-east up the Great Glen 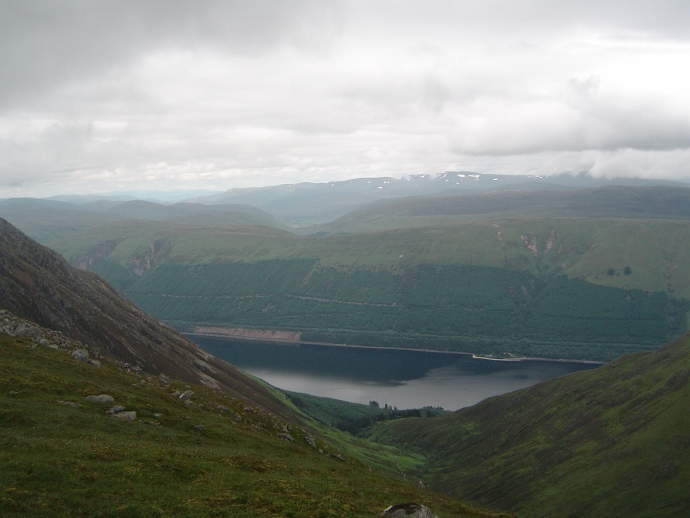 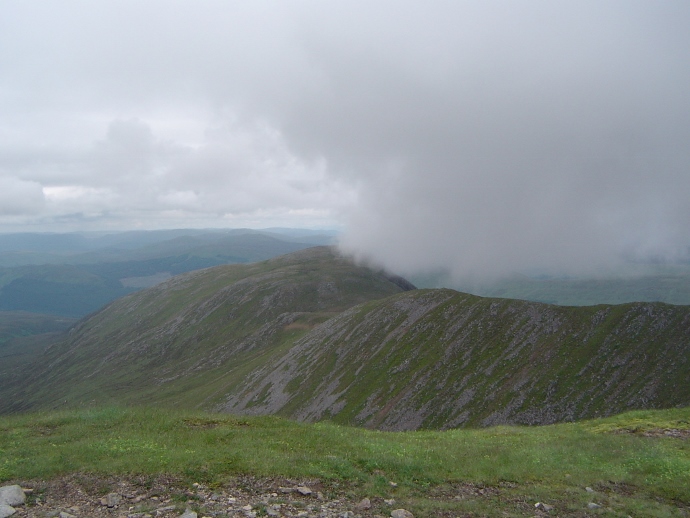 I had an urge to use the long east-going ridge for my descent, but nevertheless took the sensible decision to go down the intended (and notified) route - the one I'd ascended by, telling myself I would come back another day if I could plan a circular route from Kilfinnan that took in this ridge. The sun came out and stayed out for the last hour of descent (2h 20min). Isn't that always the way? But a really excellent hill-walk and a memorable day.

That was a really good read. I'm trying to decide where to go this Saturday and you've pushed these two to the top of the list. I like the sound of the ridge you mentioned near the end so I'll try to plan a route that incorporates it.