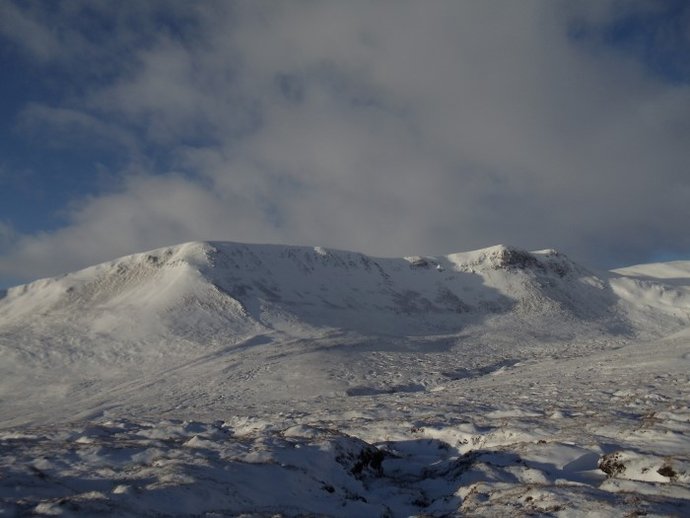 Weather turned bad for a short while when heading down.


Two trips now completed already this year. We got out on New year’s day and climbed Geall Charn from Garva bridge. We camped overnight at Garva bridge in the back of the van.
Not much to report on this walk apart from it poured with rain all the way there and back, made for a really miserable trip. Only good thing about it was that we were out there!
Sat 3rd Jan was a different story, we got a fabulous winter’s day. Again we overnighted in the back of the van.
Had planned heading West past Dalballoch, and cutting up onto the low part of the ridge prior to Coire nan Laogh. But the thought of trying to cross the Allt Balloch made us change our plans.
Ended up following the path on the east side of the Allt Fionndrigh, and climbing up between Creag Liath and Meall na Ceardaich. We carried on NNW and followed the short NE curved ridge to the summit.We returned by the same route.
Fantastic day was had by all.

That looks a good day out Dave, Julie and Wilson.

Nice to see you back out and posting reports.

Is that the same Wilson, but with short hair, or a different dog? I remember a TR you posted last year when Wilson looked like he had been in a snowball fight. None of that this year!

Cracking set of photos, love the shot titled almost there and the photos of your dogs