Lincolnshire to Meall Buidhe in 9 hours

Lincolnshire to Meall Buidhe in 9 hours


Working for a company with its head office in Edinburgh has opened up new opportunities, especially in summer with seemingly endless daylight. So, with business to attend to in Glasgow on Wednesday and a 6 hour drive up on Tuesday, a hill was required to loosen the legs. Boy vertiginous came up with the perfect solution, collecting me from livingston at 6.00pm and driving to the far reaches of Glen lyon to pick off Meall Buidhe. The drive from Ben Lawers car park went on for ages and feeling pretty tired from the 6 hour drive up from lincolnshire, my optimism began to wane. However, we parked up at 7.50pm and ten minutes later we set off along the track determined to complete our objective.
To be honest, the route up to the ridge was pretty uneventful. A steady gradient helped, but it was pretty boggy and the overcast skies seemed a million years away from the 27 degrees and blue skies that Lincolnshire had offered. However, all was to change as we reached the 878m top of Meall a Phuill. The wind picked up dramatically and the clouds that were obscuring the sun were soon blown away. In the distance, along a beautiful rounded ridge, lay the summit of Meall Buidhe, with fantastic, constantly changing views towards Rannoch Moor and Glen Coe and Nevis to the North, the Lawyers Range to the south and the Tyndrum Hills to the West. Its was a privelidge to be there and, once again , as is often the case, only witnessed if you are prepared to make the effort.
We reached the summit at 9.00pm and took a few minutes to embrace the sheer beauty of our surroundings. The cloudscapes were magnificent and photographs do not seem to be able to capture the magnificence of the location.
Minutes later we set off back and at exactly 10.00pm we were back at the car.
2 hours later and after a quick coffee stop in Stirling I was deposited back at my hotel. Many thanks to BV for being tonites chauffer and guide!!
A few photos attached, in no particular order. This is such an easy Munro and a pretty dull walk up, but the views are magnificent and I would recommend it to all

One of my favourite hills, for the reasons you mention. I too did it on an evening and the light was amazing.

Cheers, mate, we need to work on our drive-time : hill-time ratio! The rewards : effort ratio made up for it on this one though.

The dog didn't enjoy that last leg on the road up either, at least he's learned to aim it into the door pocket!!

Time yet for a few more of these this Summer. 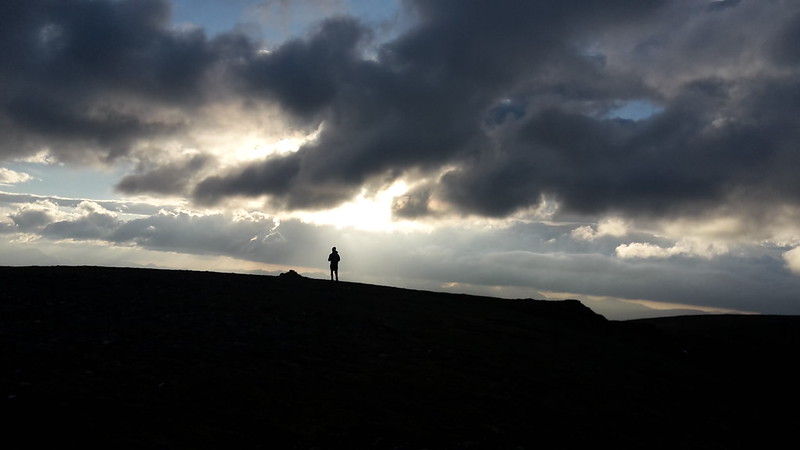 Is there an equation that someone could come up with!!!

At least Ferris seemed OK on the way home.