A group of the family had been trying to book a holiday for this summer for a while. I'd been too busy to get involved with searching for places, so eventually I was informed we were going to a place near Torridon. Cue double take...Torridon? Mountains?! My excitement level hit the roof

The weather was a bit disappointing to start with and I was itching to head up mountains, but we did a few lower level walks and on a particularly bad day I ran about 8 miles along the coast to let off some steam. 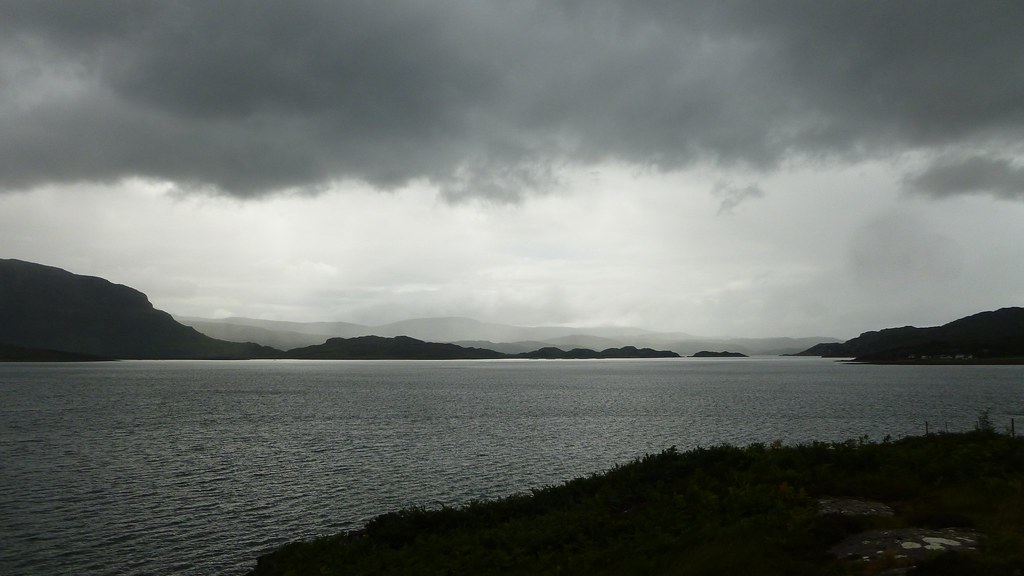 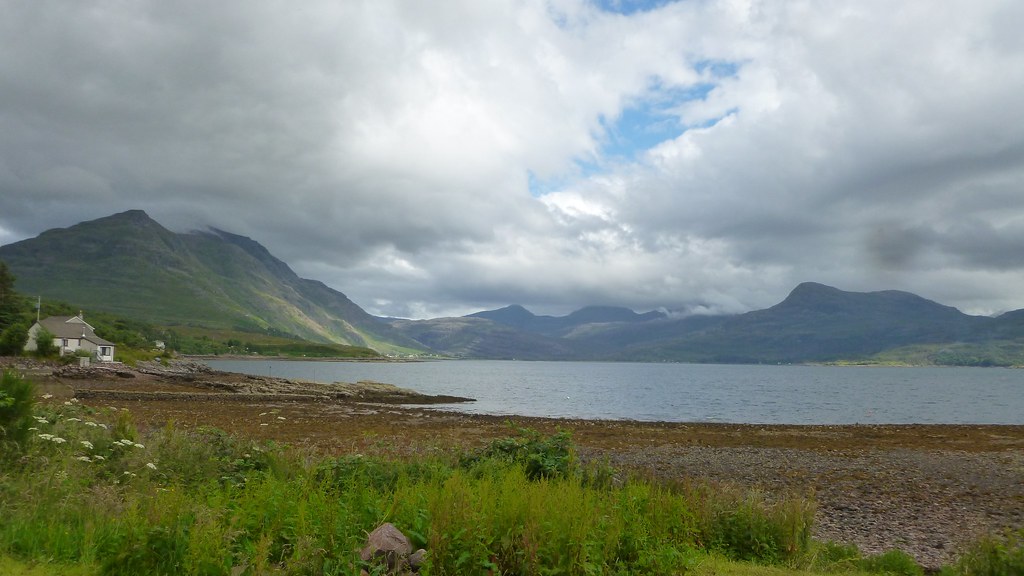 I was already in love with Torridon 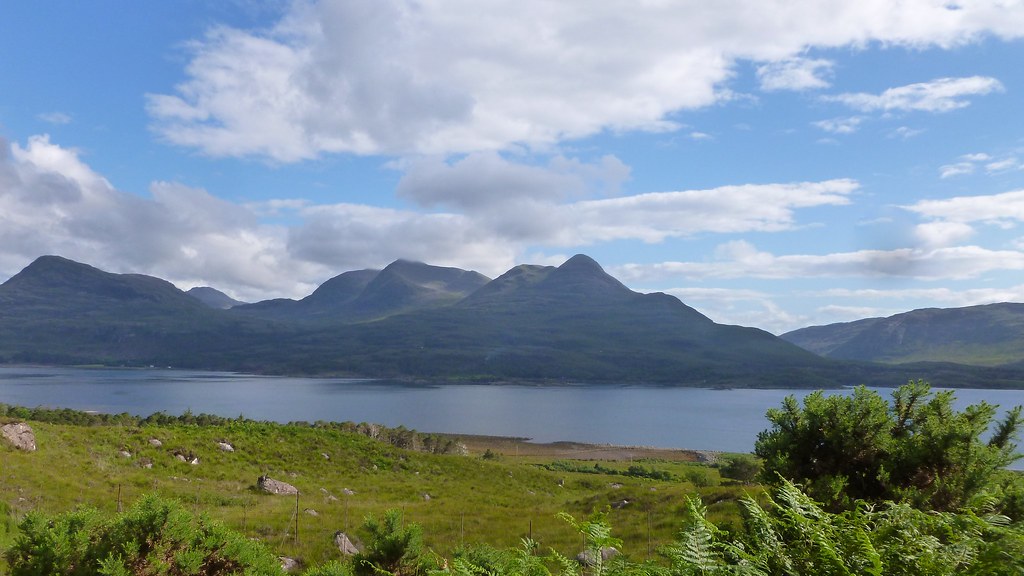 Worth running through a bog for this... 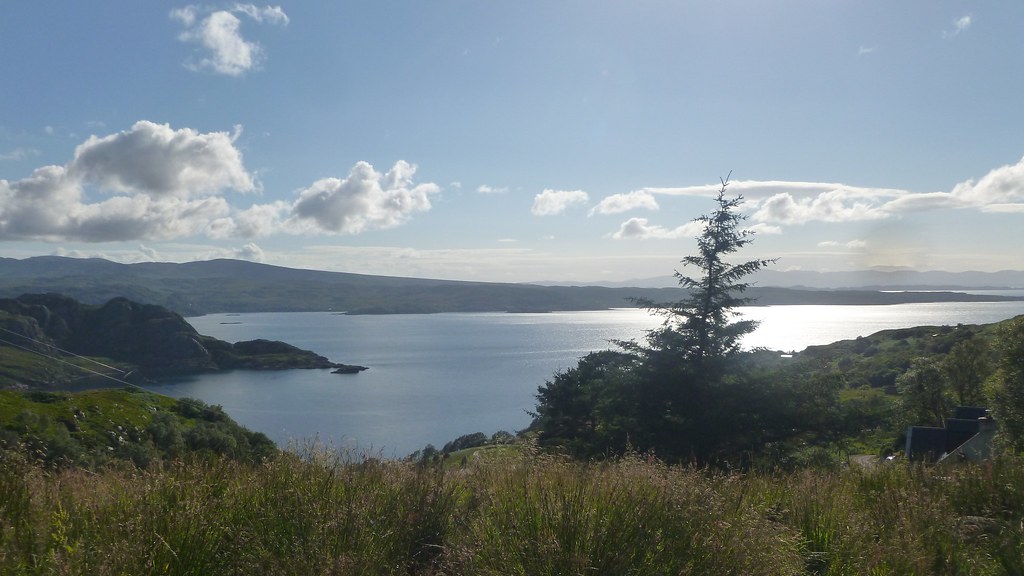 View from where we were staying 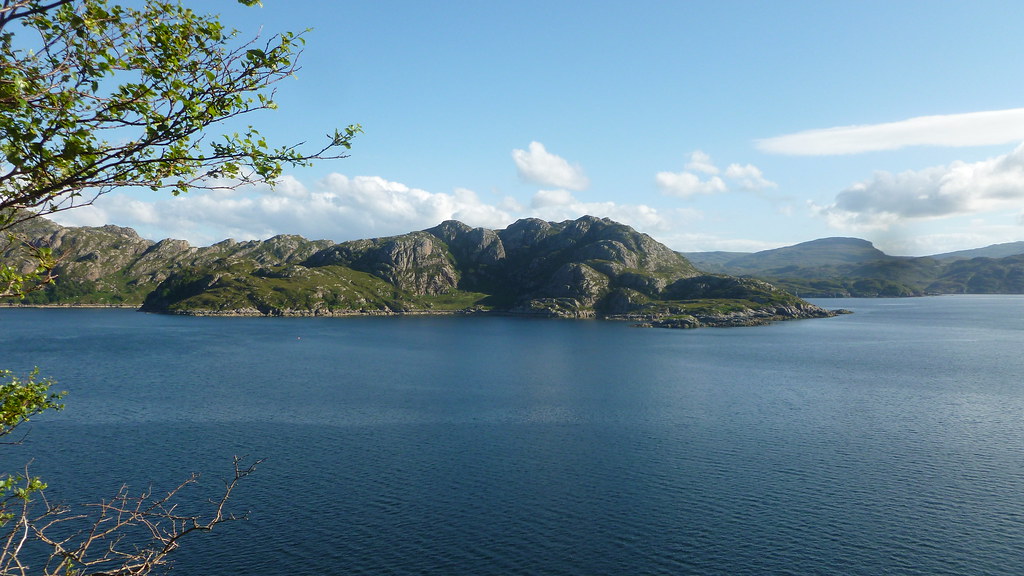 Then eventually....I was let loose. I selected Beinn Eighe as walk number one and off we went, driving to the car park on the A896 (it's quite easy to miss coming from Torridon direction - we did)

Off we went along the long path round the back of the mountain (you can imagine the jokes about rear entry), past the end buttresses of Liathach, imposing even at this level! There was one dodgy stream cross (especially for me as I'd discovered a hole in my boot the previous evening and I have wee short legs) but just about got across unscathed.

Think this is Beinn an Eoin & Beinn a' Chearcaill 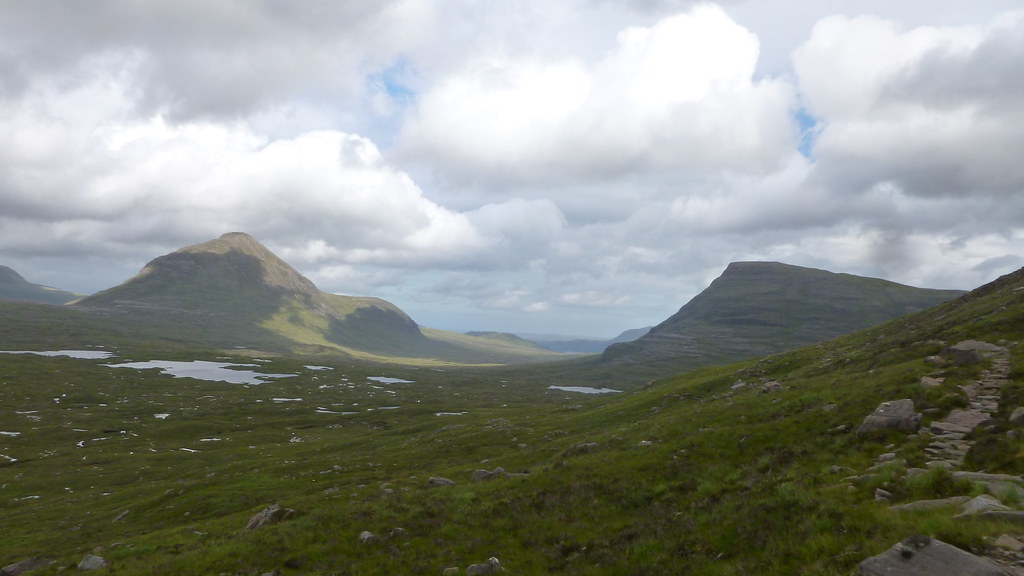 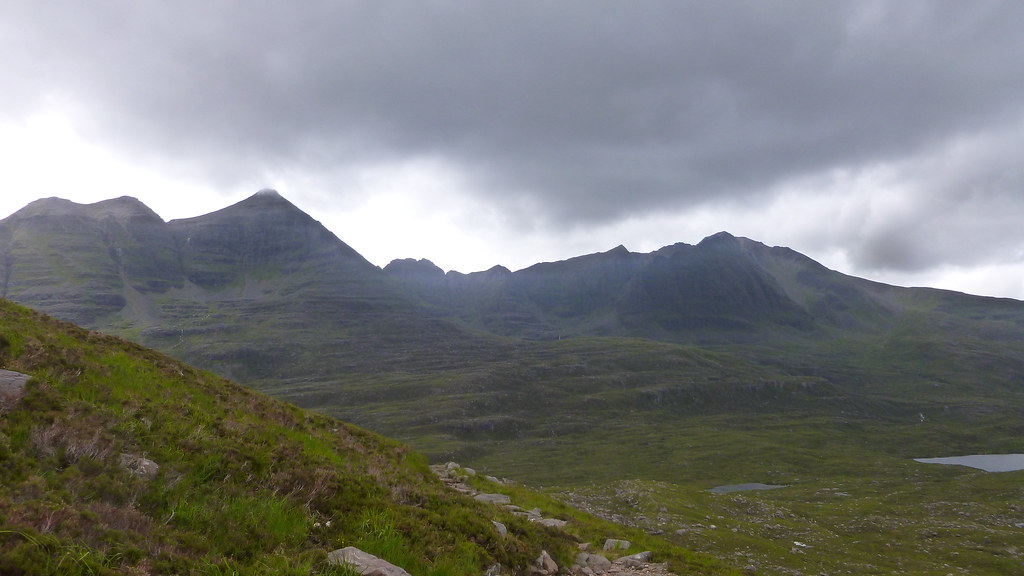 My excitement levels were increasing as we went as I'd heard people talk of the Coire Mhic Fhearchair as if it were the 8th Wonder of the world, not to mention the triple buttress! It was a very long path which steepens as it bends round Sail Mor towards the coire 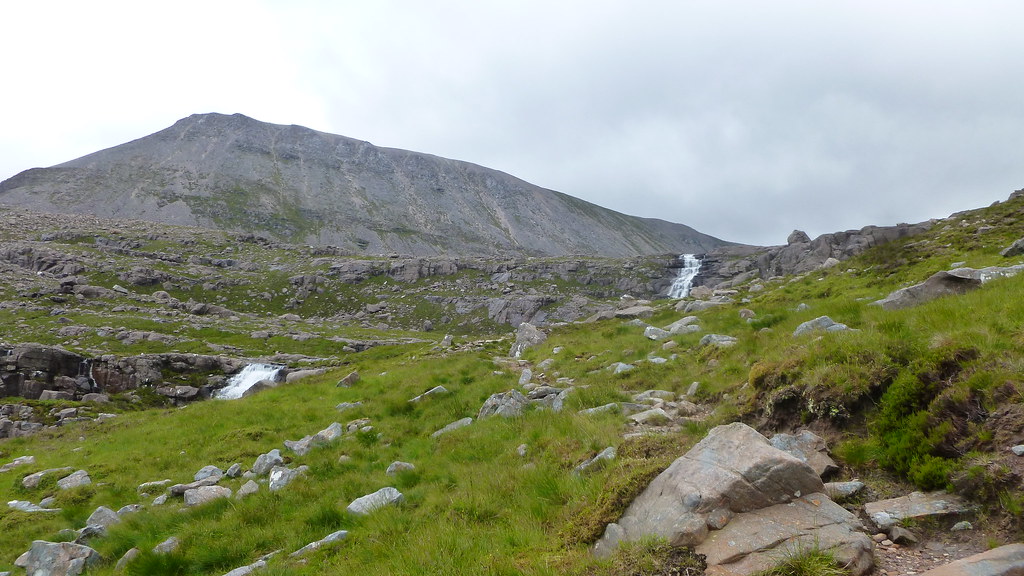 As you come round the corner you start to see the sheer scale of the rocks, massive flat slabs of flat rock with water pouring down the middle. You start to see the cliffs on the right hand side getting bigger and bigger…and then suddenly you’re over the top and BOOM! I have to admit that I was completely blown away by it. The buttresses tower over the far end, the lochan appears to glimmer even when there’s no sun and it’s just so eerily quiet! We stopped to take picture after picture, knowing full well they’d never reflect the true beauty of the place but it would serve as a reminder to visit again. I don’t think I could ever tire of this sight. 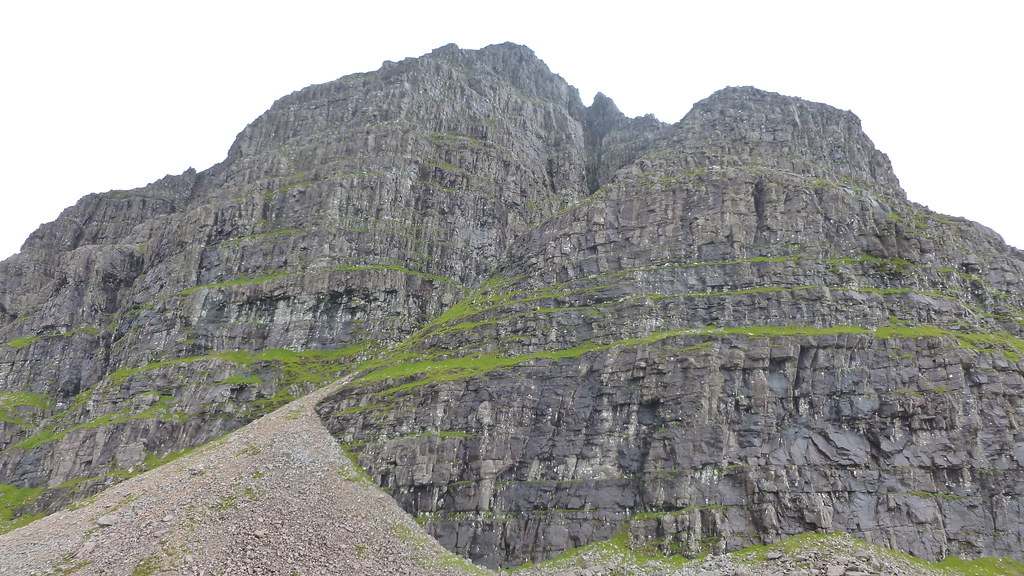 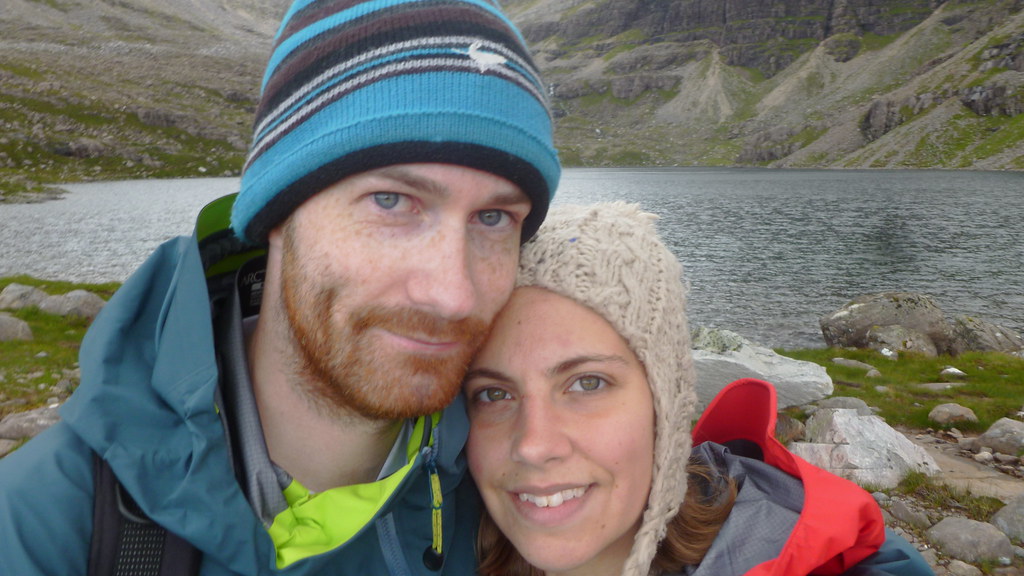 We started to walk around Loch Choire Mhic Fhearchair 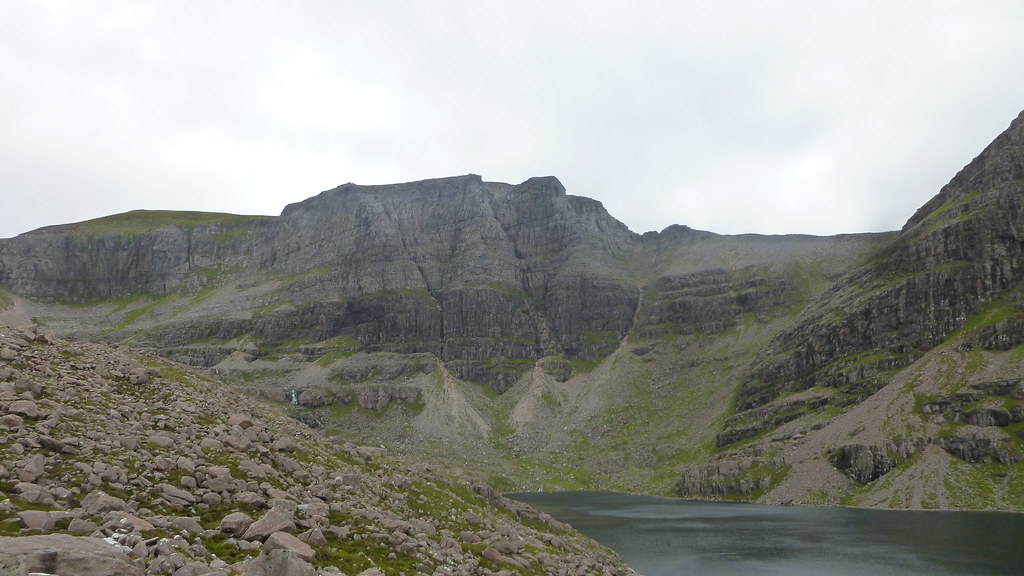 Jamie demonstrating the size of the rocks 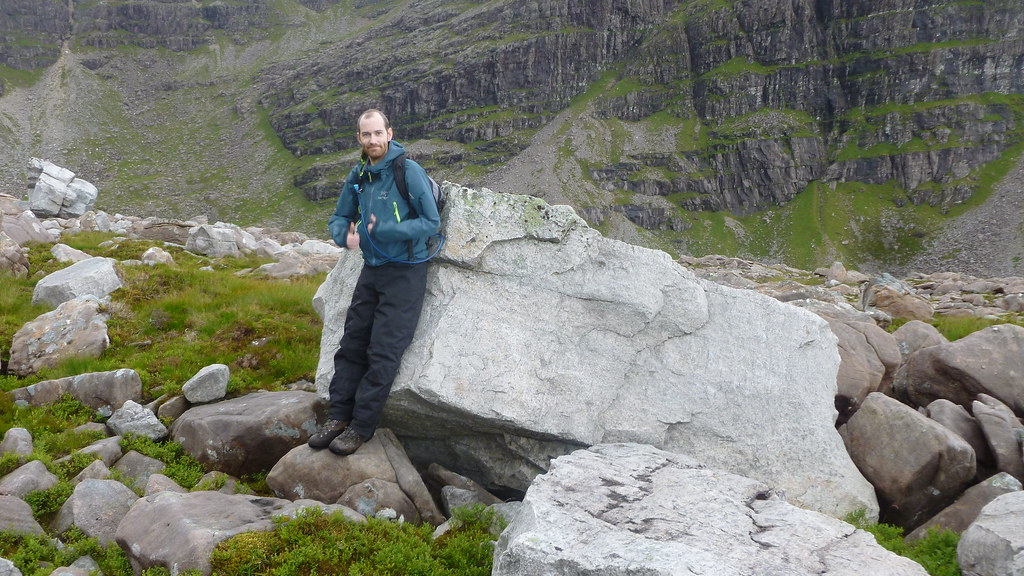 But we had a long way to go yet, so where to next. We looked for our route and realised that the notorious stone chute was what we were looking at in the corner to the left of the buttresses. 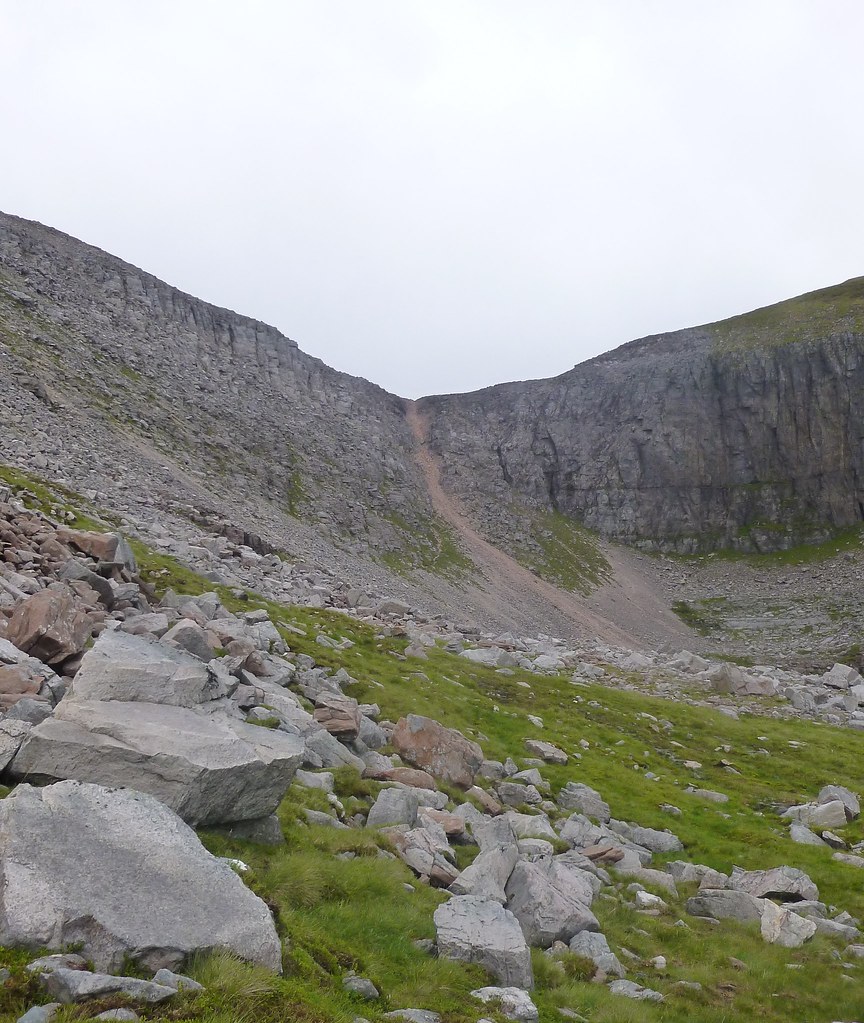 The triple buttress from the side 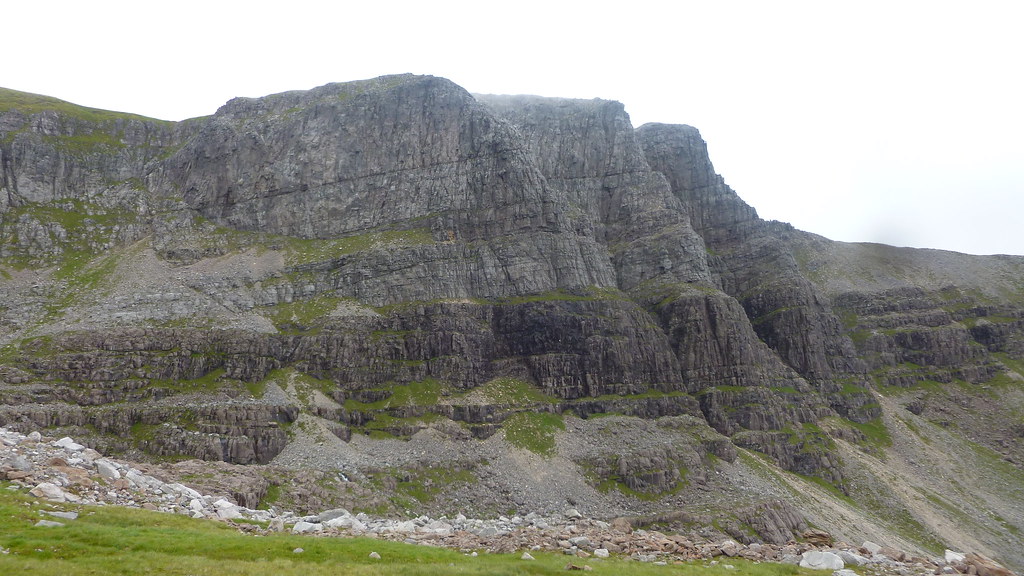 It looked completely impassable (as often things do from a distance) so we set off across a huge boulder field and set off up the chute. Tricky, slippery but good fun. 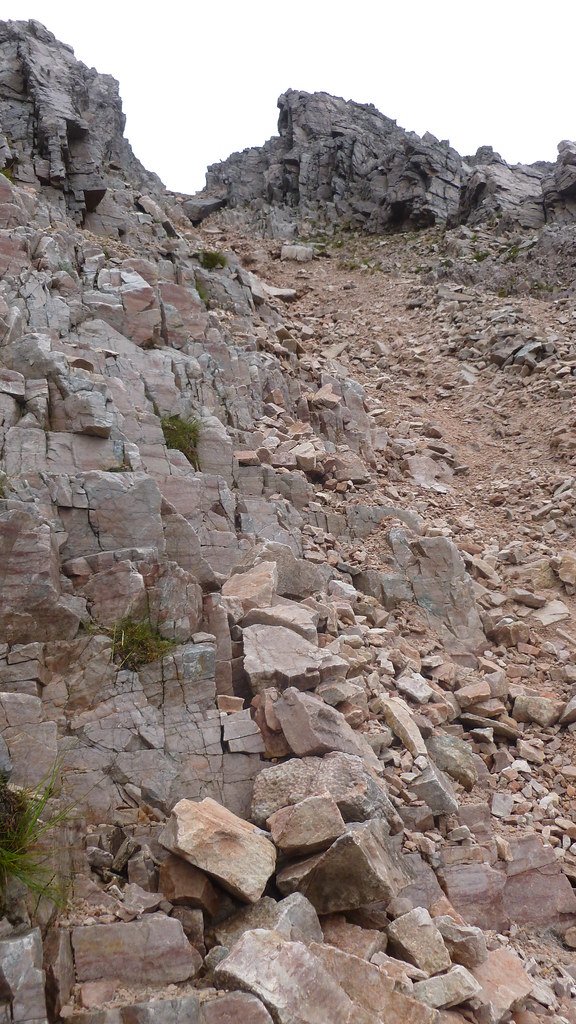 Upon reaching the top we were nearly blown off

and the clouds started to come in. So much for good views! 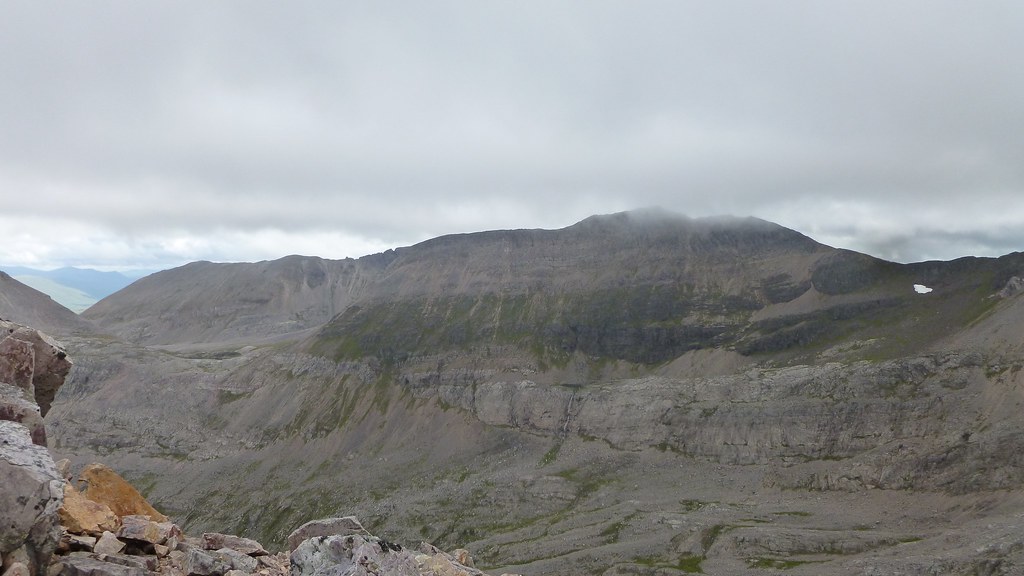 The short distance to the top of Ruadh-stac Mor was done in zero visability and all of our clothes hurriedly put on! We were lucky to get a bit of a view from the top. 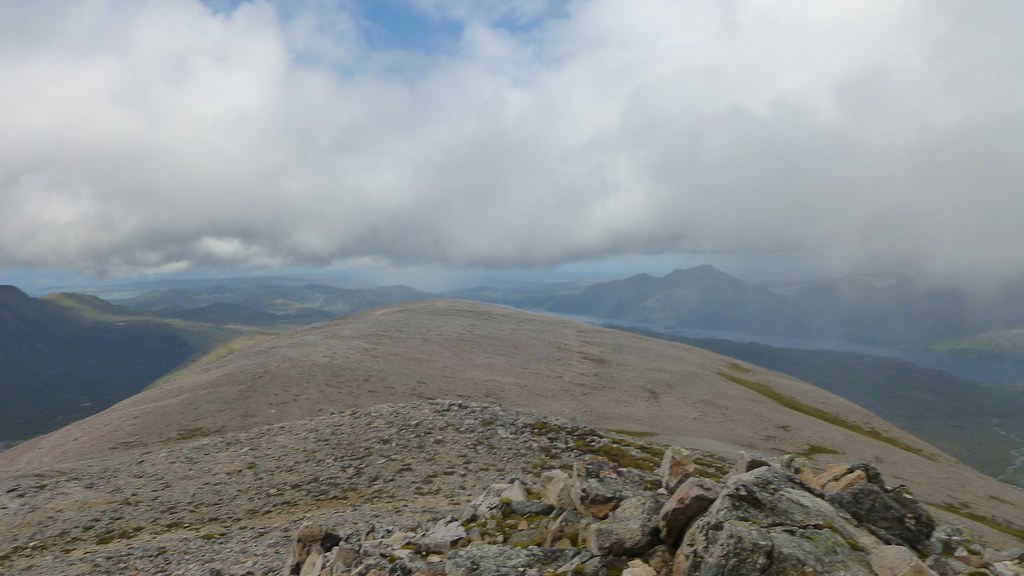 It cleared all directions at some point, and we were at least able to see our route ahead. A very long narrow ridge in very strong winds. Okay then… After a quick sandwich we set off. 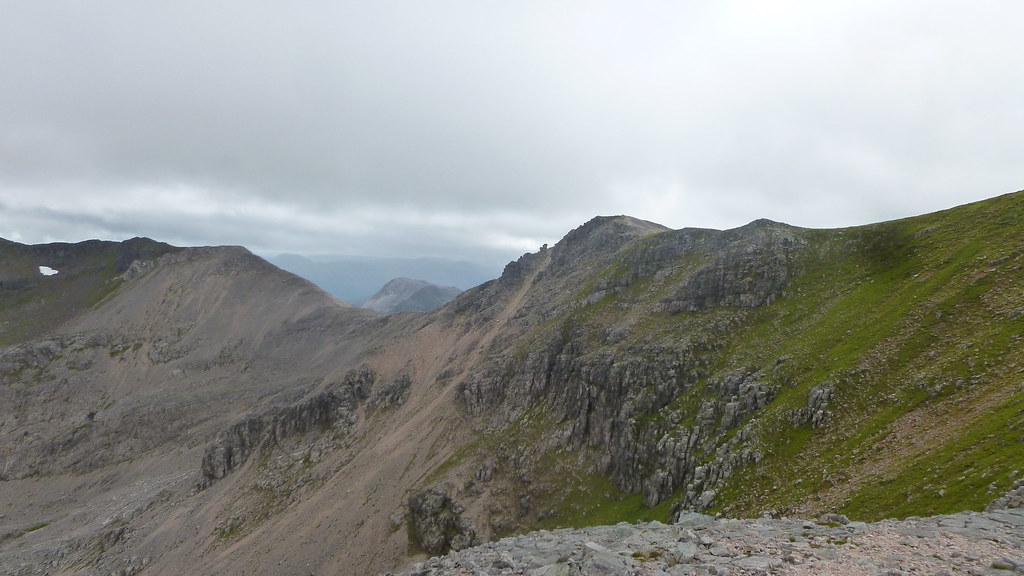 Route ahead - spot the snow patch 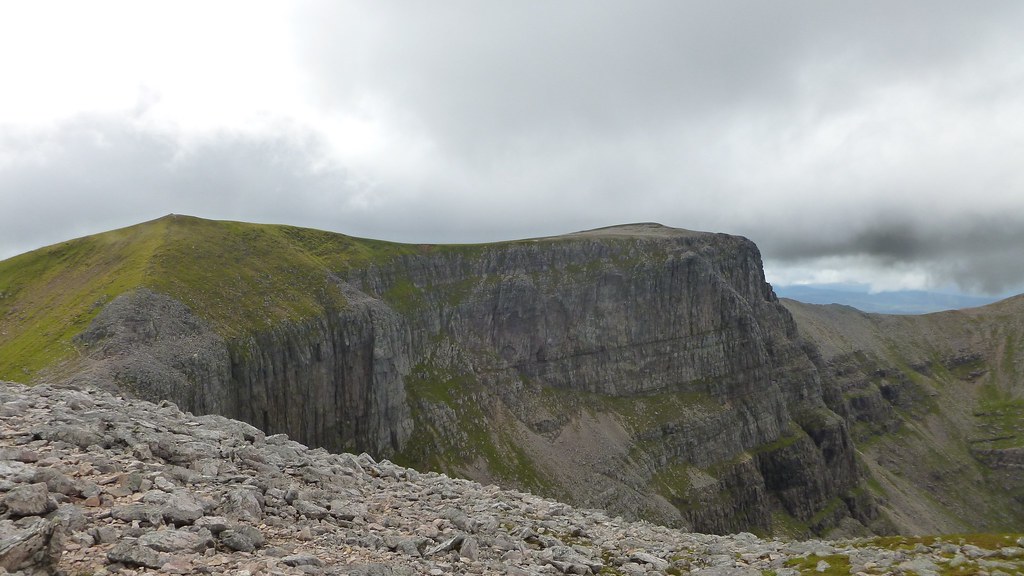 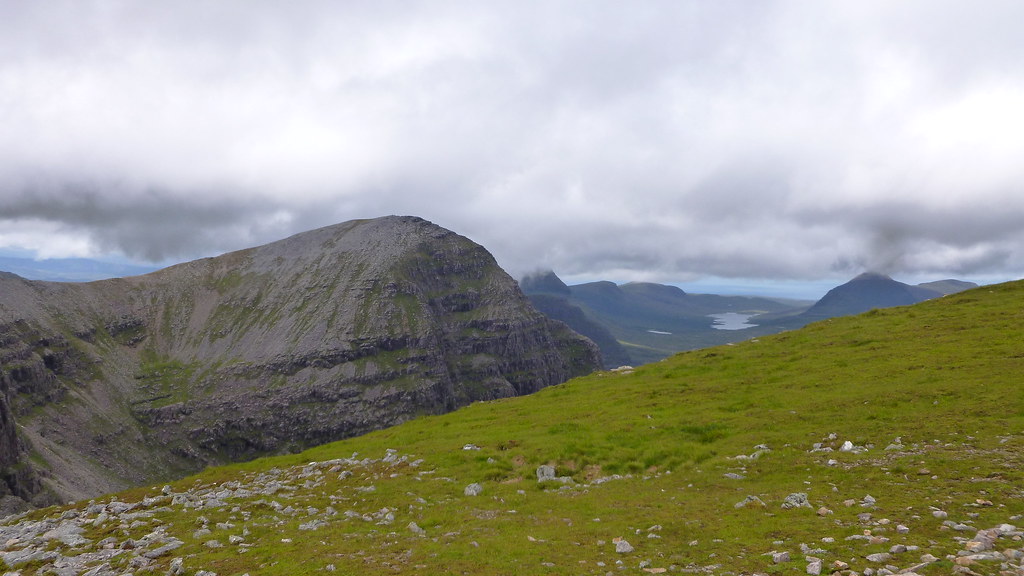 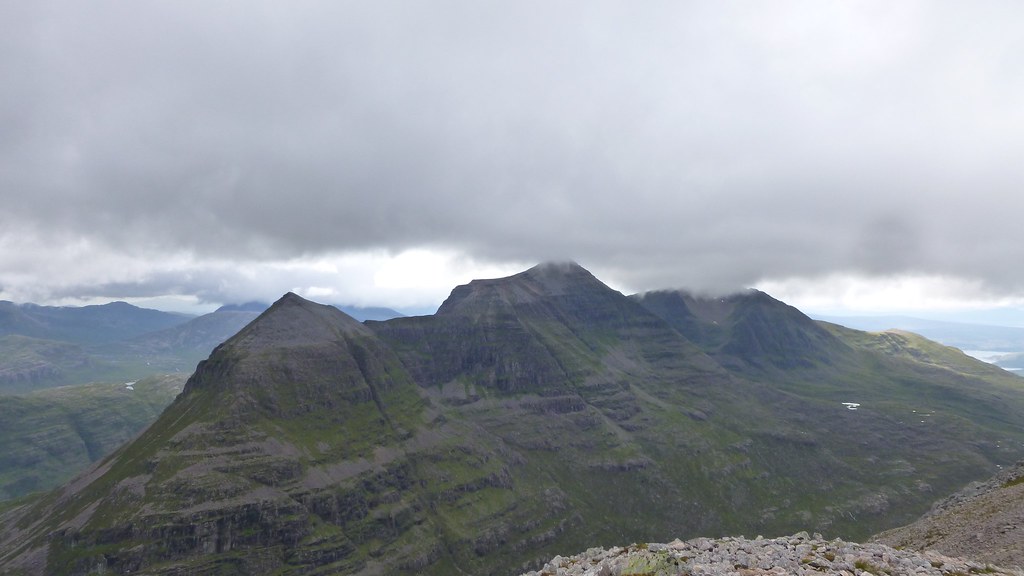 Most of the time it wasn’t as narrow as it looked, although there were a few heart-stopping windy moments (and time my other half climbed onto the edge for a photo) 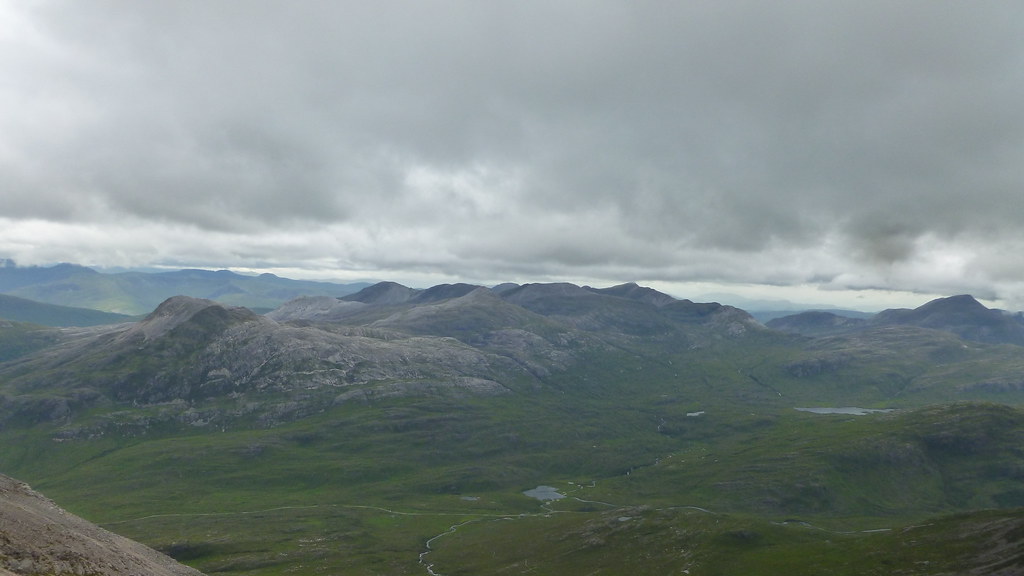 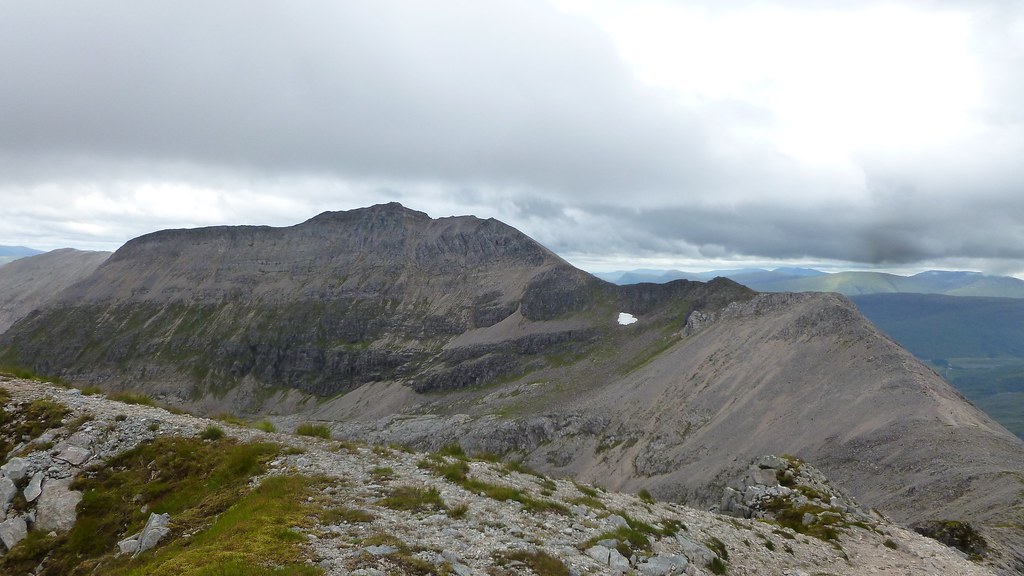 The quick way down 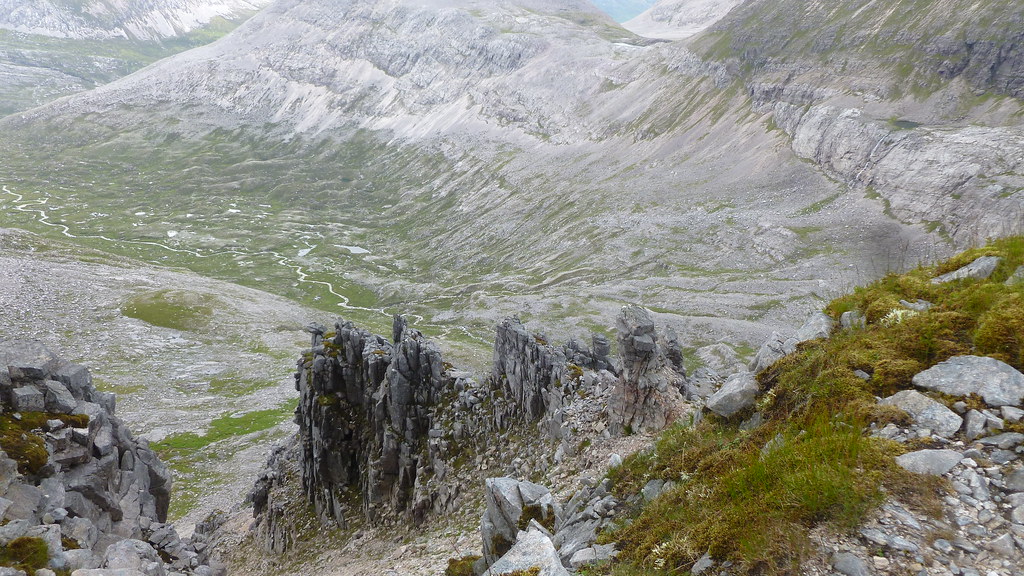 We had some stunning views on the way round, and we met a man who was trying to persuade his dog to climb down a big scramble. 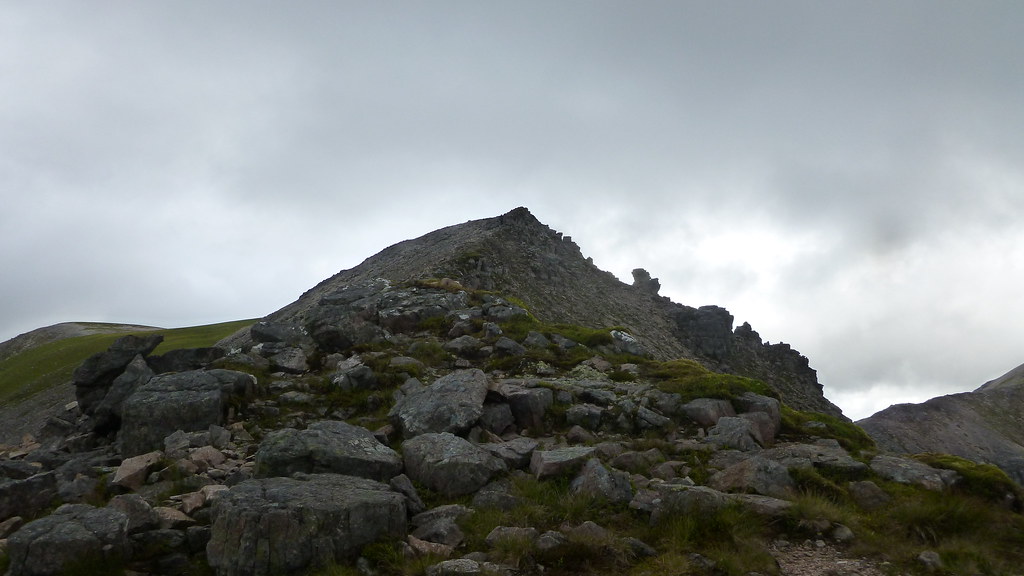 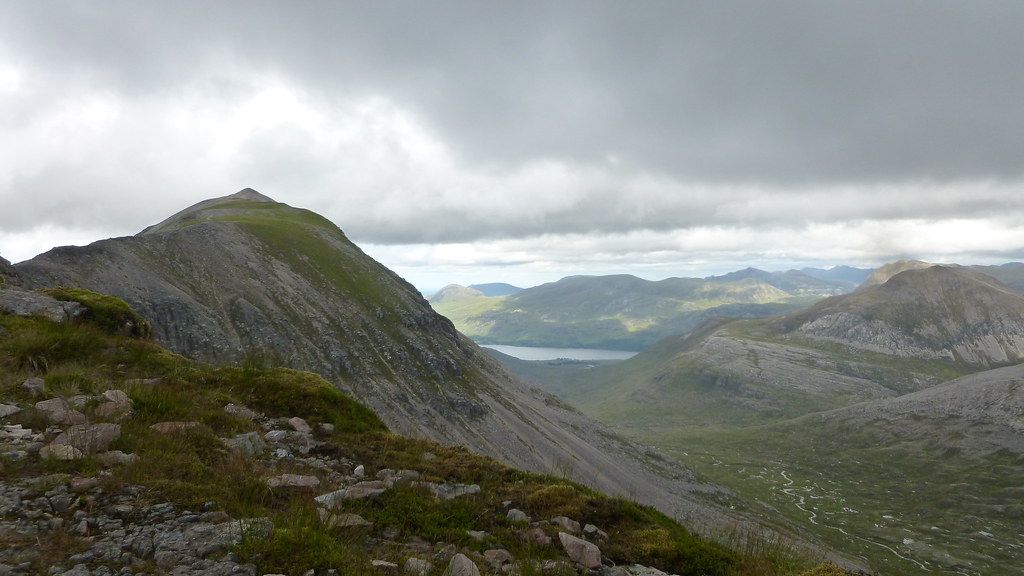 Typically it closed in just as we scrambled to the top of Spidean Coire nan Clach. I attempted (and utterly failed) to pronounce the name of our final summit, and we headed back to the Trig point and the top of our route down.

However, we did get a few views 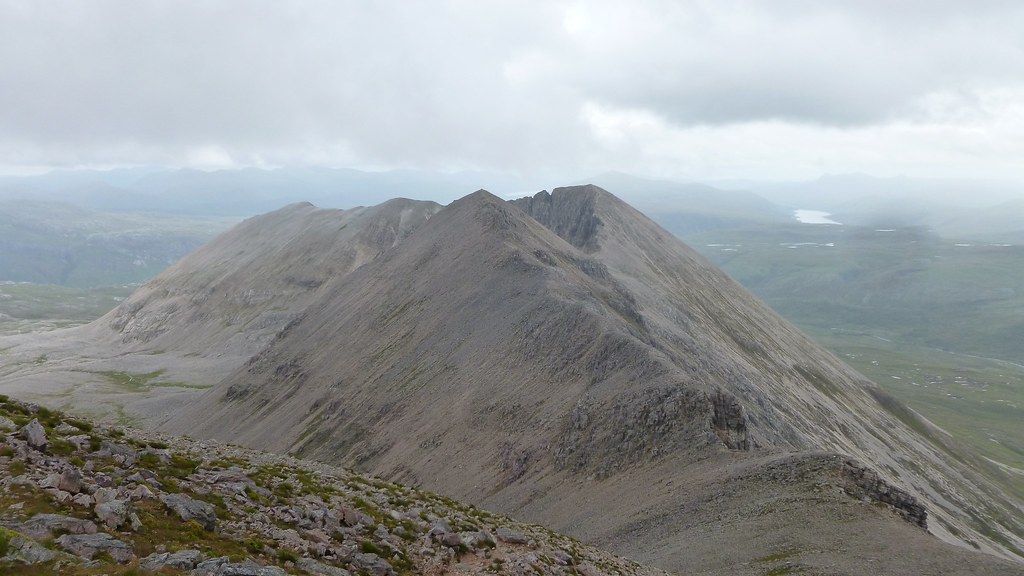 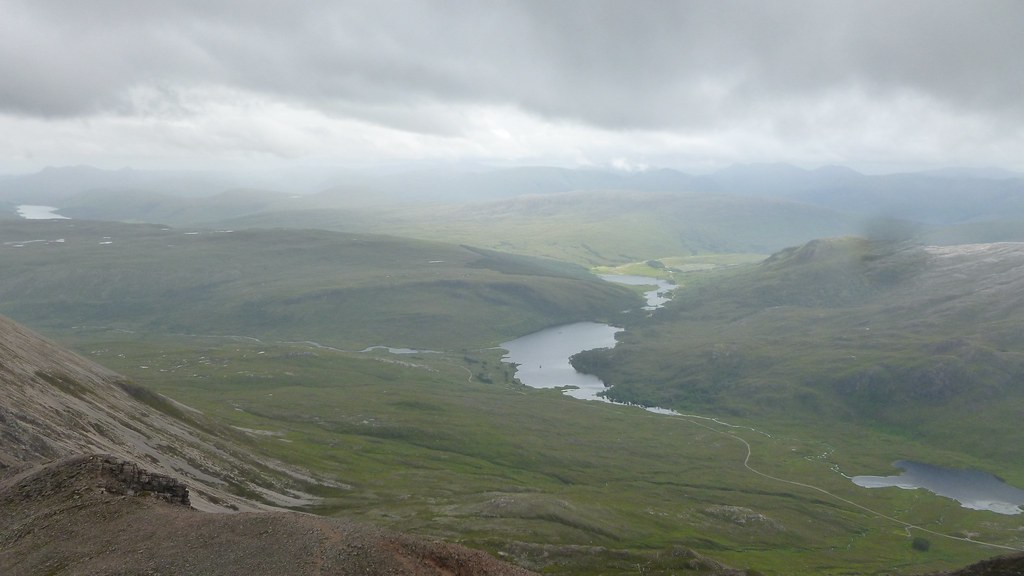 The path was pretty eroded and we were sliding all over the place. As we got further down it got warmer and damper and of course the midges came out to play. We sprayed ourselves with midgy repellent and sped up, marched quickly along the road back to the car

By this time we were being chased by an army of midges and we chucked our bags in the boot and leapt into the car; we spent the next five minutes trying to kill the several hundred that had got in

Despite the midgy end, the strong winds and the on-off visibility, the walk was an absolute joy. Coire Mhic Fhearchair literally took my breath away and I couldn’t recommend it highly enough. Heading back it was time for dinner and we enjoyed telling the others about it 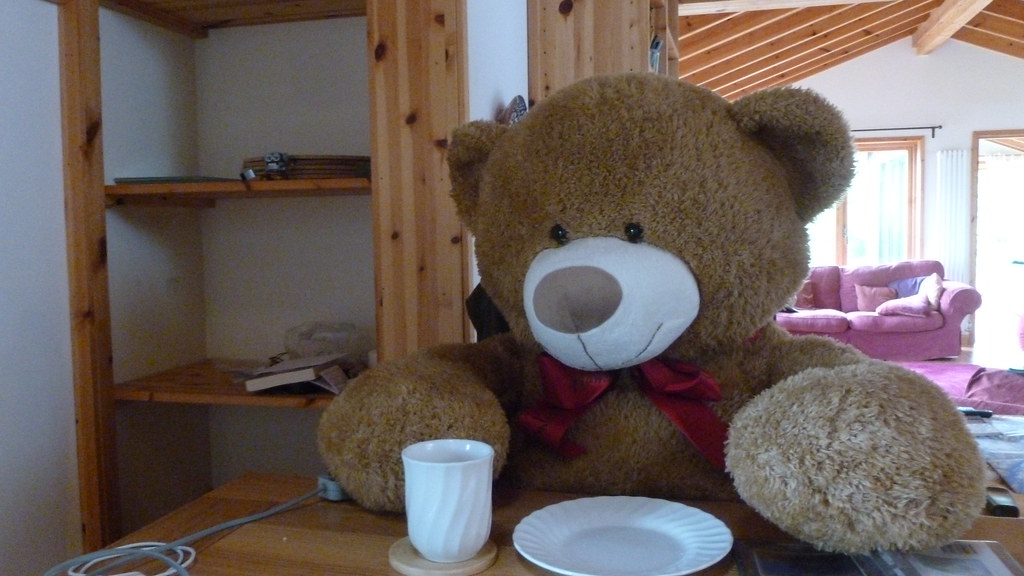 Re: First time in Torridon - Beinn Eighe here we come!

I've not been to Torridon yet but after reading this I can see why a few of my friends rate it so highly, those mountains look well impressive. Love the pics too, the chute does look impossible from far away but your close up makes it seem not too bad. All those jaggy peaks and steep sides remind me of Arran but on a grander scale!

Users browsing this forum: Alan B, Deerplay, RayK and 69 guests