Glen Kinglas. A Walk on the South Side.

Glen Kinglas. A Walk on the South Side.

Grahams included on this walk: Stob an Eas


Having done the hike from Cairndow along the ridge to Binnein an Fhidhleir and Stob Coire Creagach, I was keen to do the same on the south side of the glen, as I knew it would give me some good views and be a novel way to tackle Beinn an Lochain, which is no mean hill, either. Started off from the rough car park, just in from Dunoon road-end. I think most folk go in from Hell’s Glen. Chose a smooth looking bit up by a burn, where trees have been cut. Took route up left hand side of this burn. Steep, but reasonably good going, just now. Beinn an Lochain through the mist. Heading through the mushy stuff, for ridge to Stob an Eas.


Bit steep, but not too bad. Then a bit boggy where it levels off before getting onto ridge to the summit. Nice views to Lochgoilhead, the Clyde and Inveraray. The Royal Burgh of Inveraray. 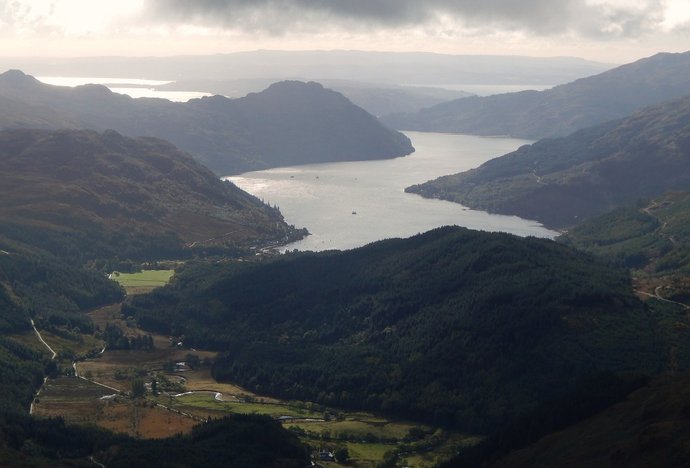 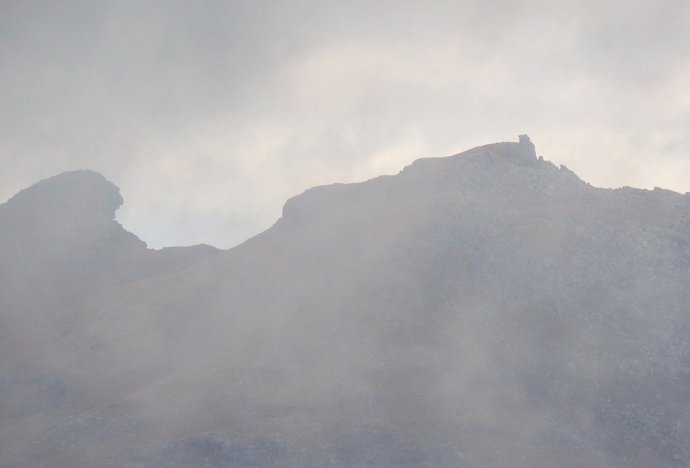 
Headed back north east, back down this ridge, then east to Beinn an t-Seilich, which consists of a lot of shelf like drops. Might be a bit hazardous in poor vis? Could hear plenty deer, ‘enjoying’ the rut and was fortunate to find a stag sunning himself and got good video of another chasing some hinds. 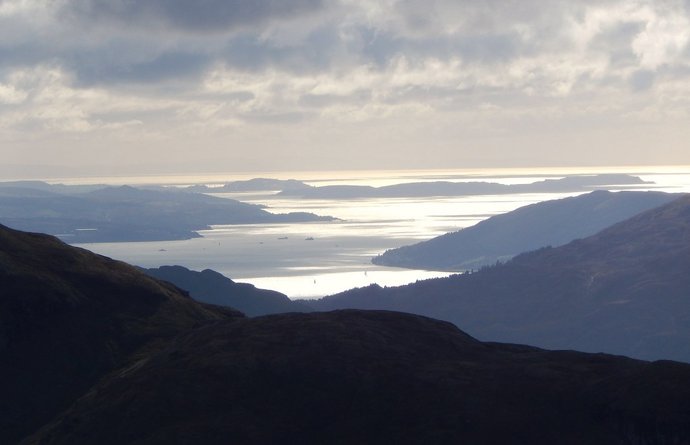 Way down the Clyde. Through to Ben Lomond, between Narnian and The Cobbler. Looking back to Stob an Eas on far ridge, with Inveraray in the distance. There’s a surprising drop in height, before tackling Beinn an Lochain. Looked like a slightly easier traverse round to the south might be an option, but I chose just to see how I got on with a frontal assault. It was a bit steep in places, but not too bad. Surprised a couple on the summit, by appearing from that side. Took a few photo’s, then made my way down traditional route, down to Butterbridge, then back along the Old Military Road. Took 6.25 hrs, but I reckon could have shaved off half an hour, had I not been taking so many snaps. 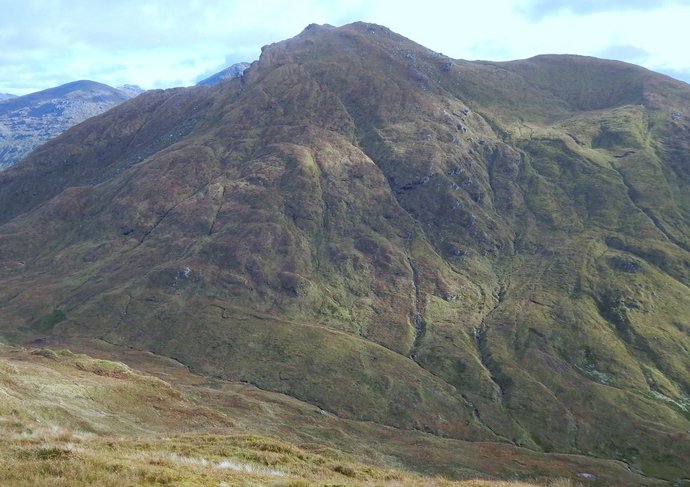 Plenty to drop down before ascent of Beinn an Lochain. Loch Restil and The Cobbler. 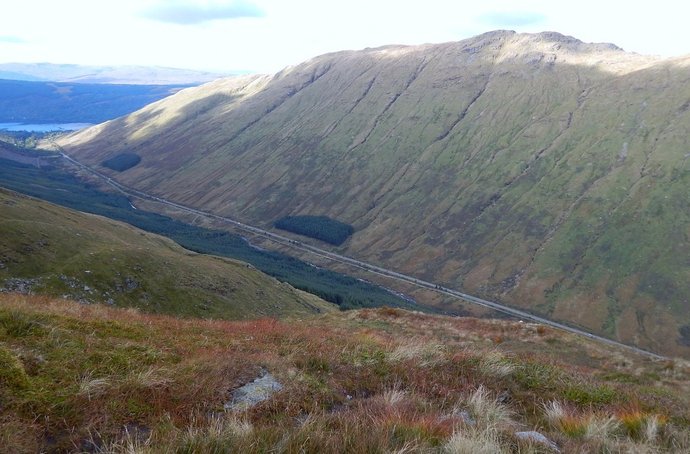 Looking down on new road arrangements, at the Rest & Be Thankful. Spaghetti Junction :)

Also, paid a quick visit to The Tinker's Heart, while I was in the vicinity. Interesting, though not a great deal to see. Along the glen to Beinn an Lochain, in the mist. One for you lorry buff's.