This fabulous day out was down to the doom and gloom weather forecasters. My original plan was to travel up early doors on Friday, but the forecast from Saturday onwards was wind and rain or rain and wind and most of us had visions of nobody venturing outdoors.
The forecast for Thursday looked OK so I contacted Tommy and he volunteered to join me to start the weekend a day early

Tommy suggested we tackle Eighe on Thursday as it was scheduled to be a longer day than Alligin - good call, so that was sorted.
Tommy started his trek north in his van on Wednesday late afternoon early evening and set up his camp in his van in the car park for Beinn Eighe walkers

As usual I was planning to head north early doors and no great surprise I woke up before the alarm burst into life. Hit the road at 4.15 and had arranged to meet Tommy at 8am.
Arrived at the parking area slightly early and Tommy was still preparing his breakfast, but it wasn't long before we set off along the road. We had opted to do the route anti-clockwise and leave both vehicles in the parking area, the walk along the road gave us a chance to catch up and also warm up the legs before the going up bit started 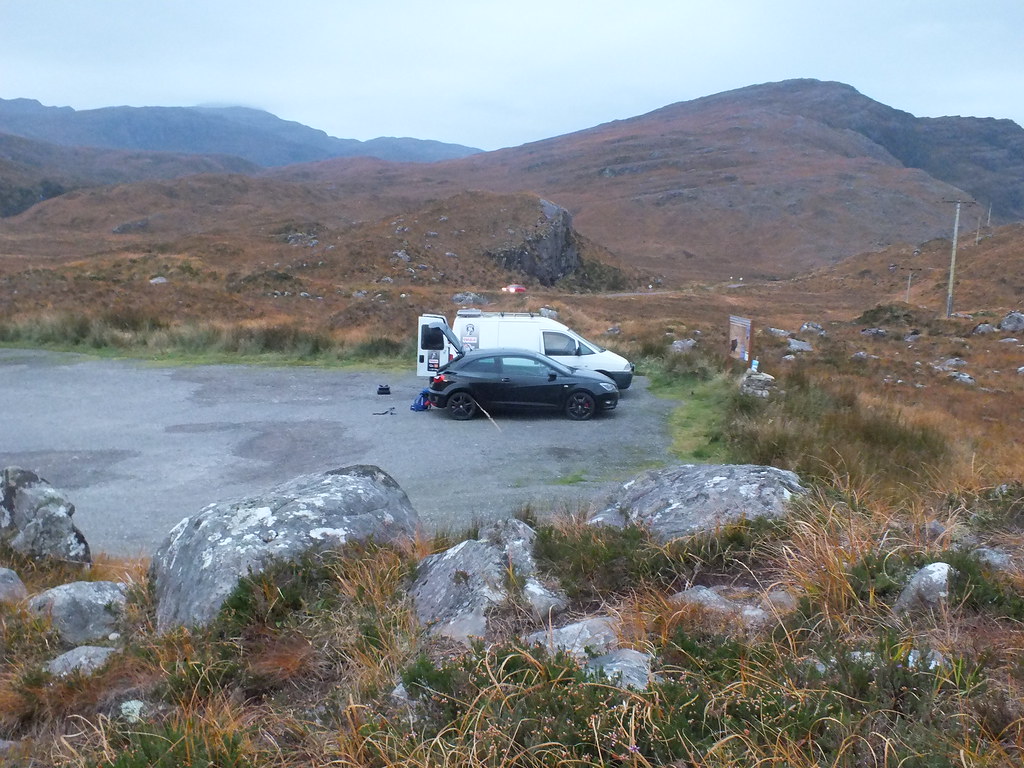 Not a busy car park 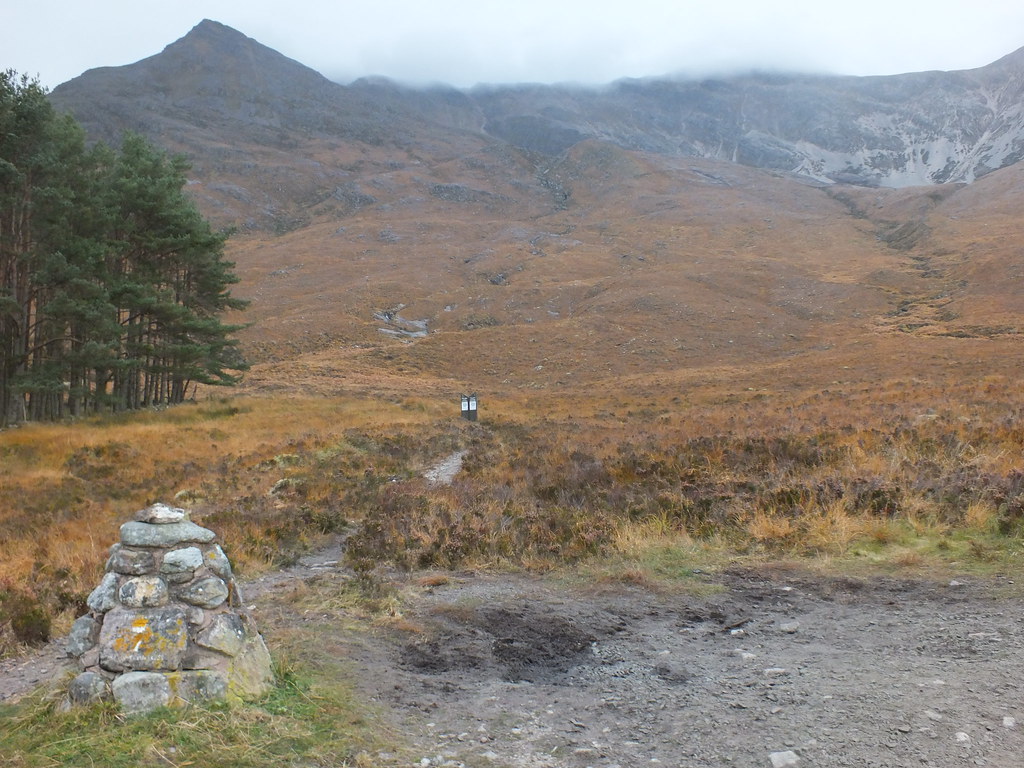 The way up for us 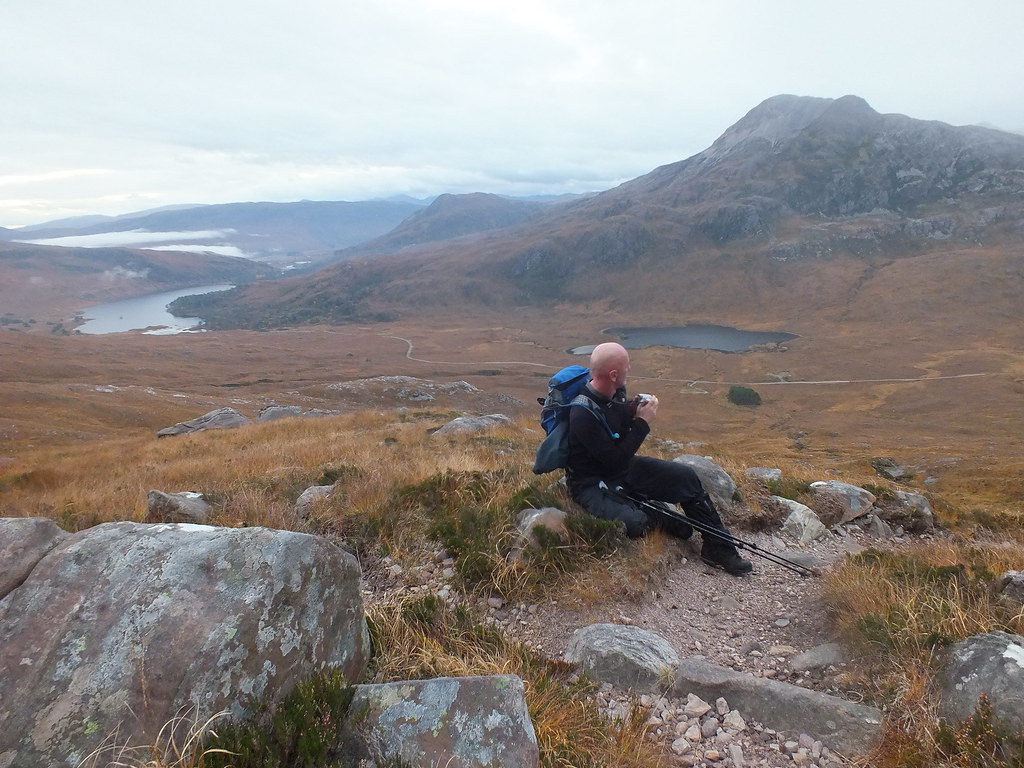 The path uphill can be seen/found easily from the road so it was just a matter of following it uphill, nice and gentle to start with, but and there is usually a but, after the path split we took the right option and it did get rather steep. As we got higher the view behind us was superb and the other path could be seen as it joined a ridge, whereas the path we took, led us almost to the summit 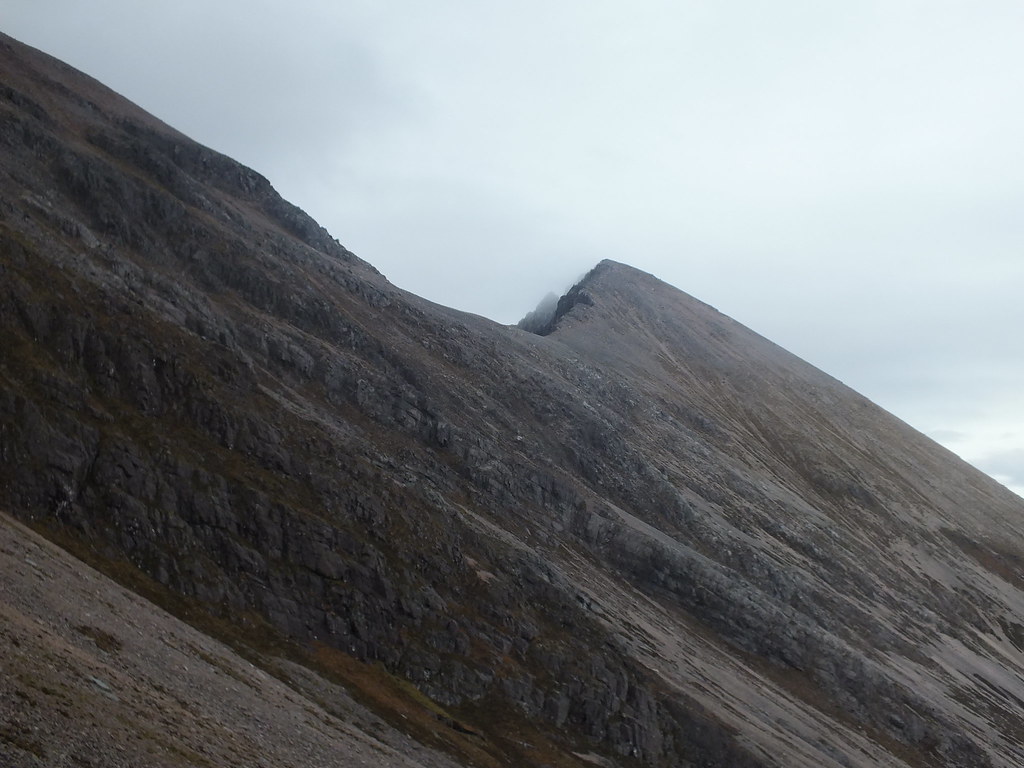 Fantastic looking ridge to the east 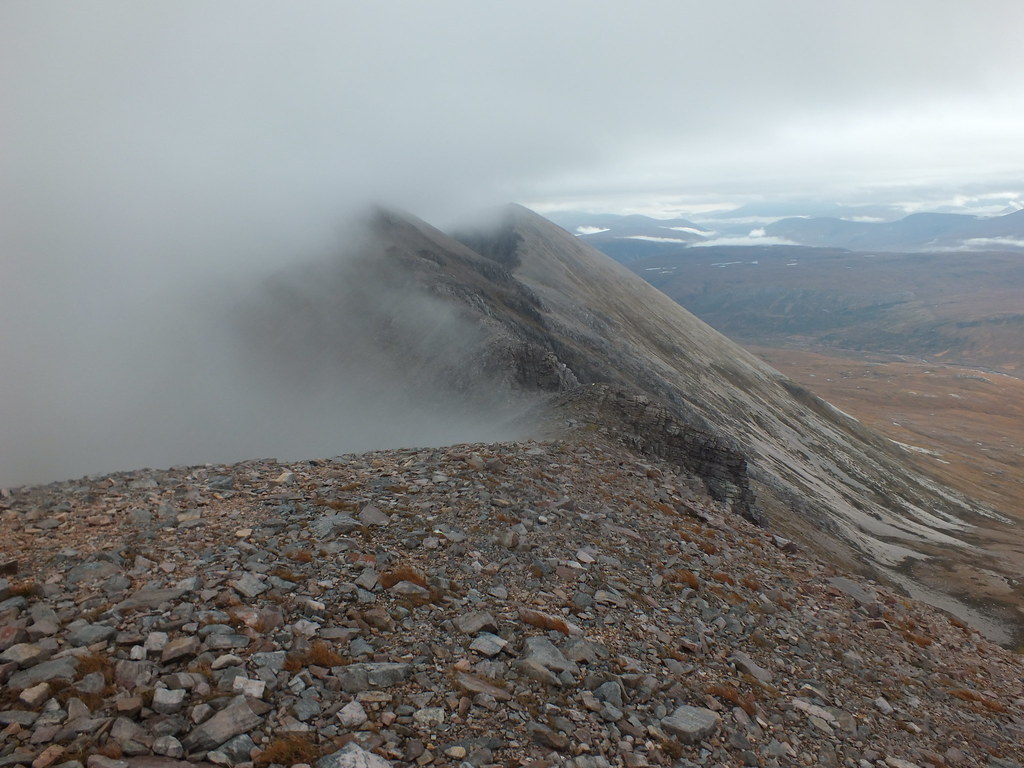 Last shot before the clag got us 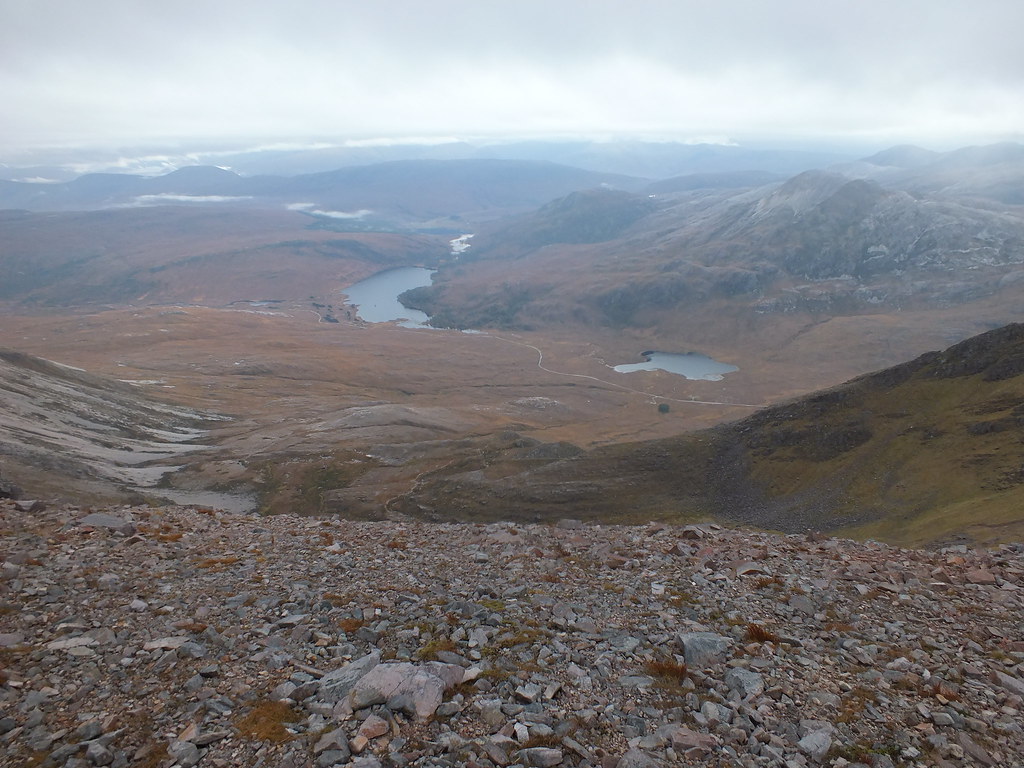 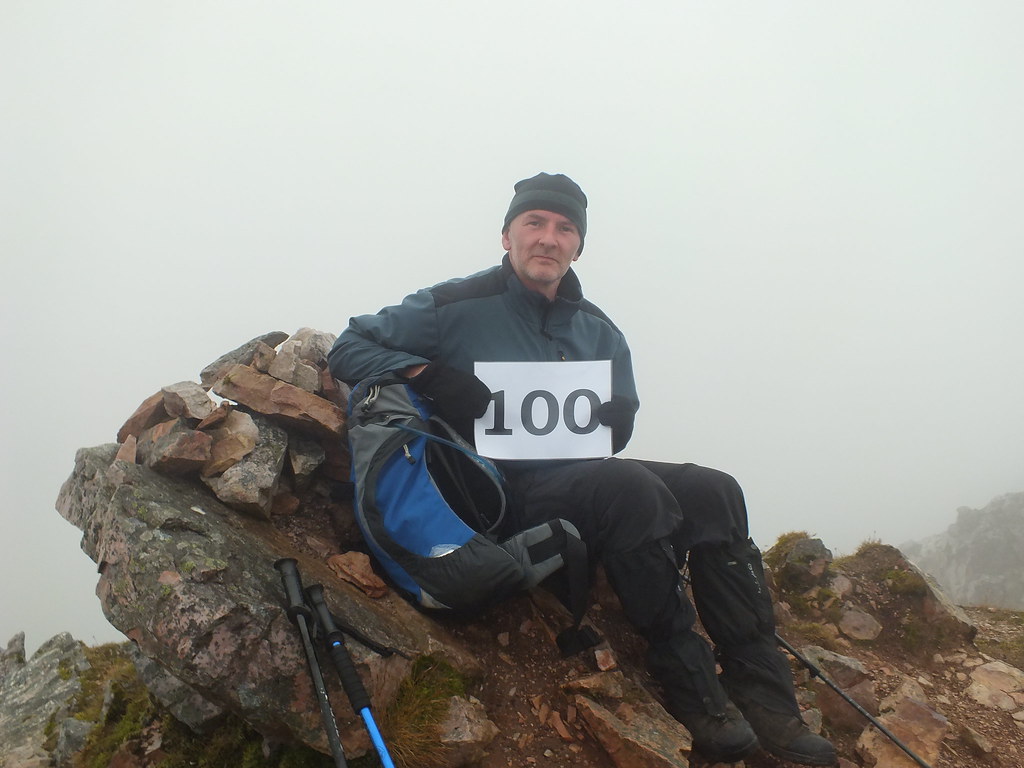 Tommy posing on the summit

We had a quick bite to eat in a sheltered spot near the summit, I would like to say we were admiring the views, but that sadly wasn't the case 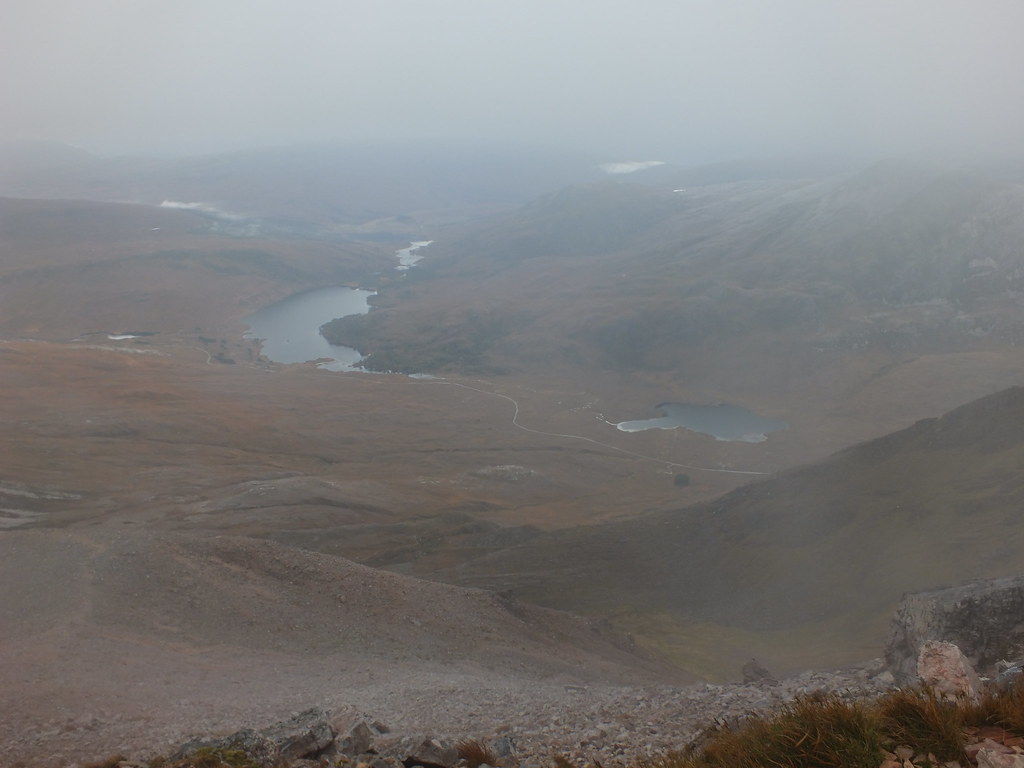 Cloud doing it's best to obscure the view 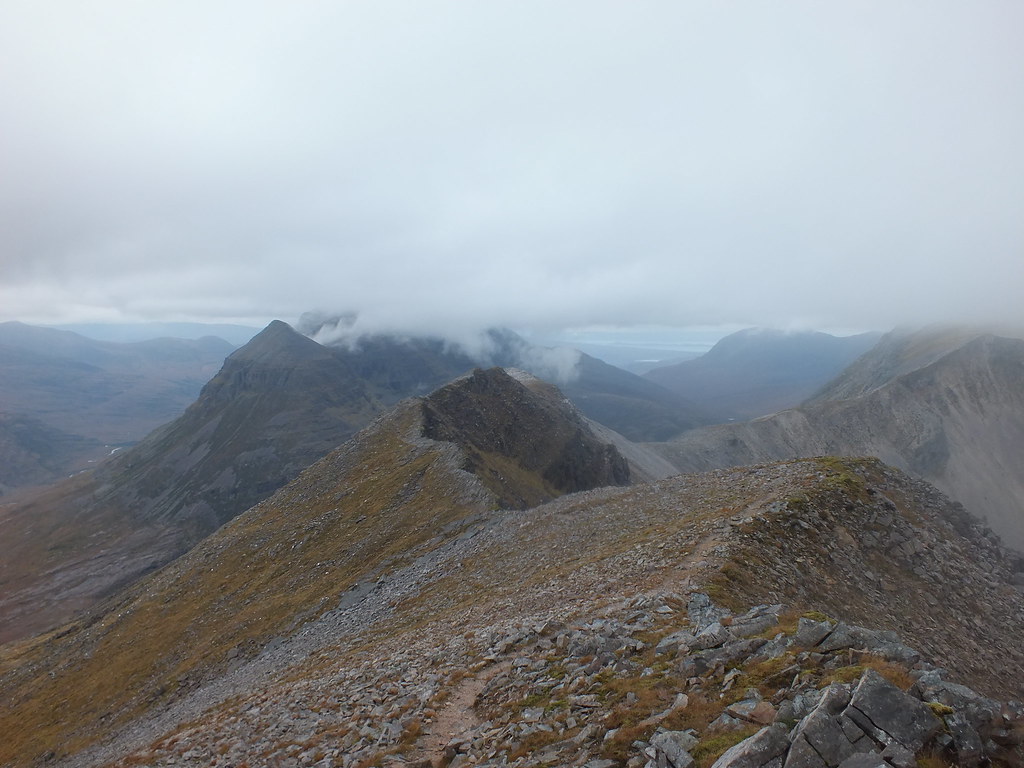 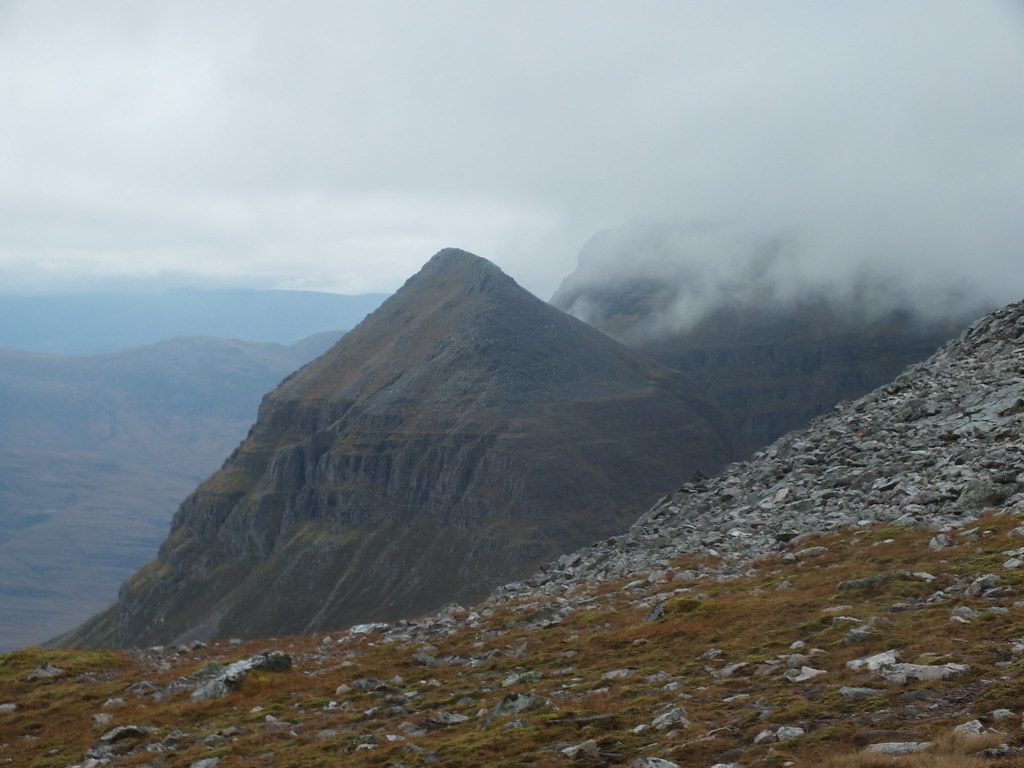 Liathach with it's own little cloud 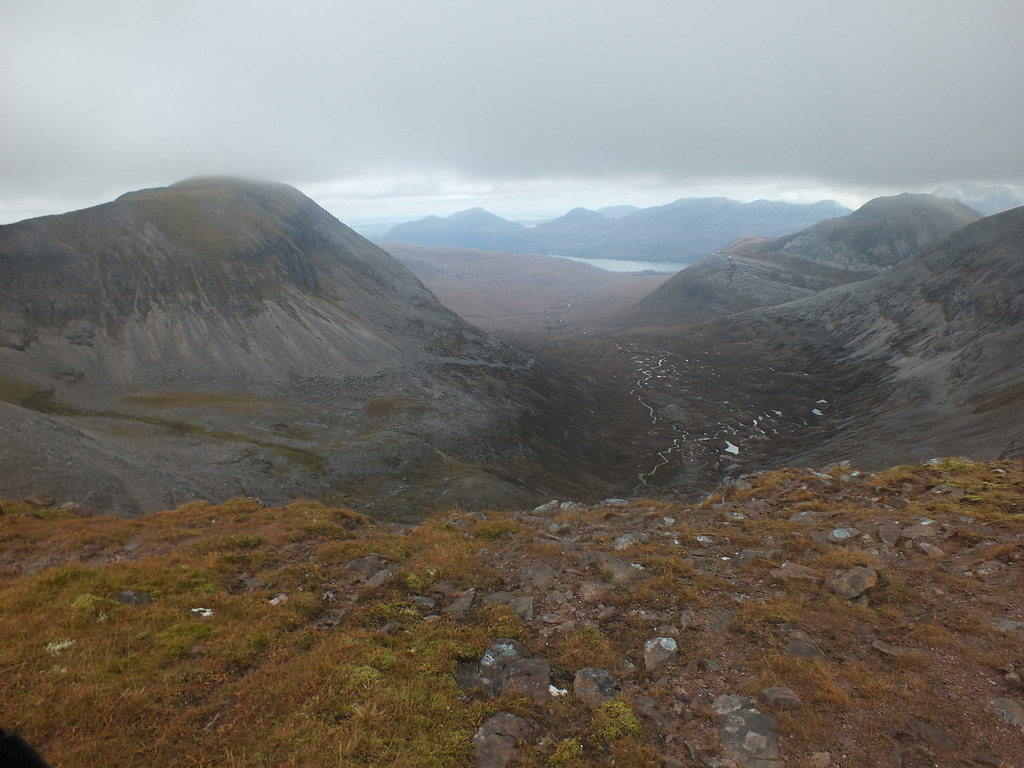 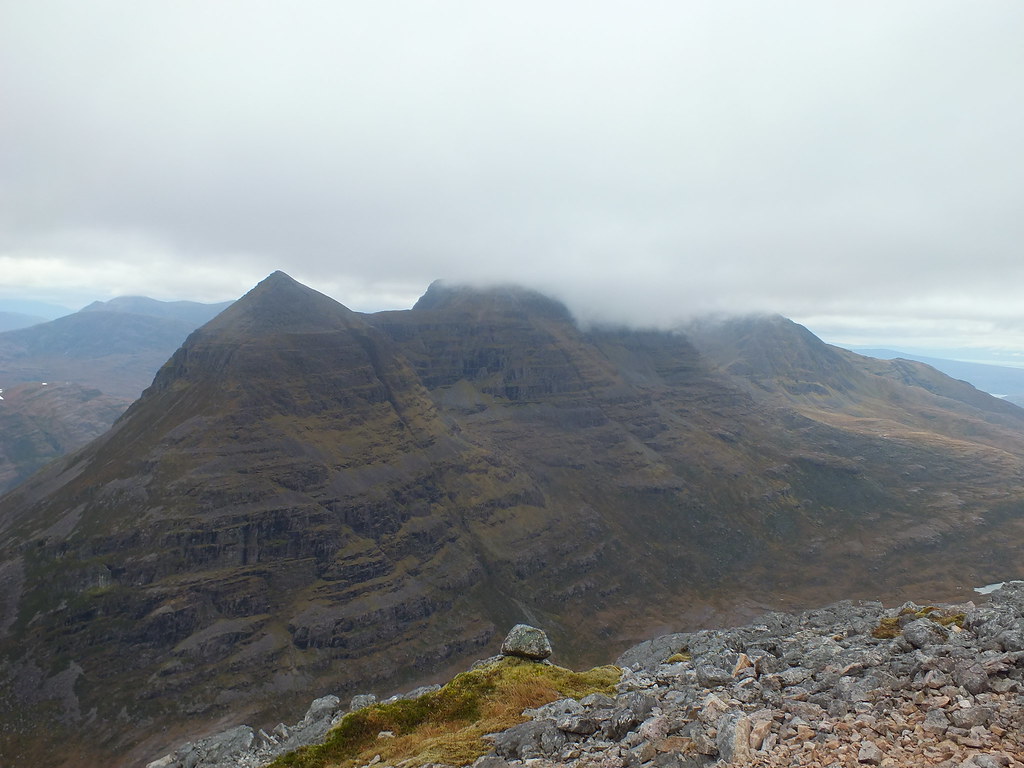 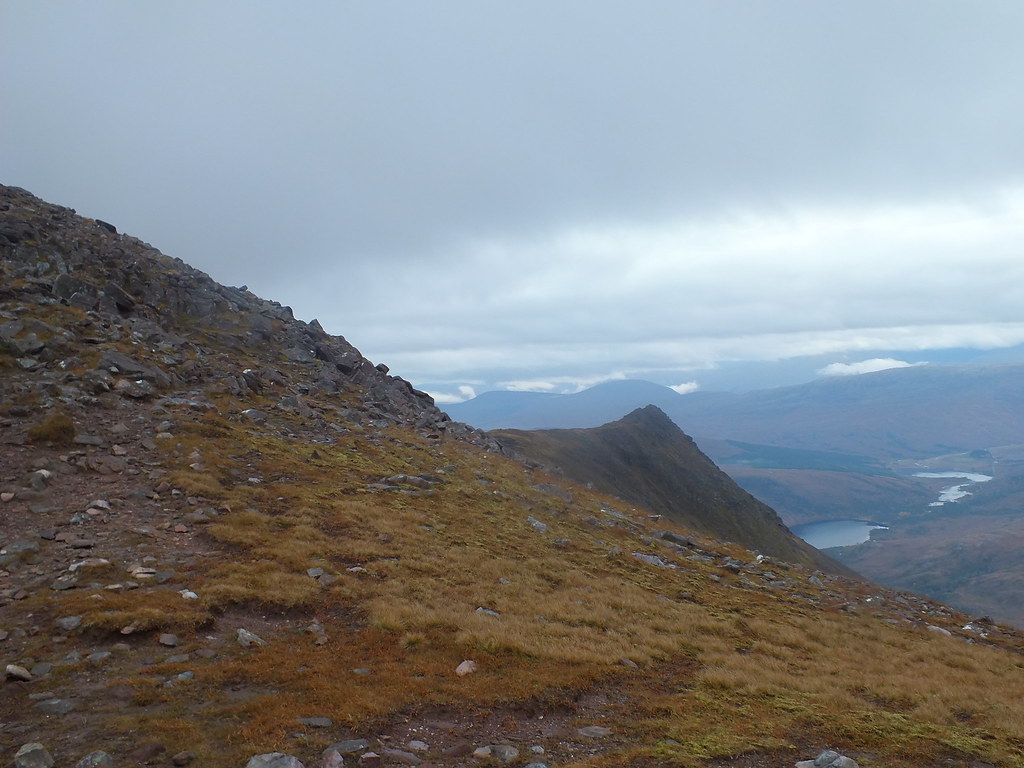 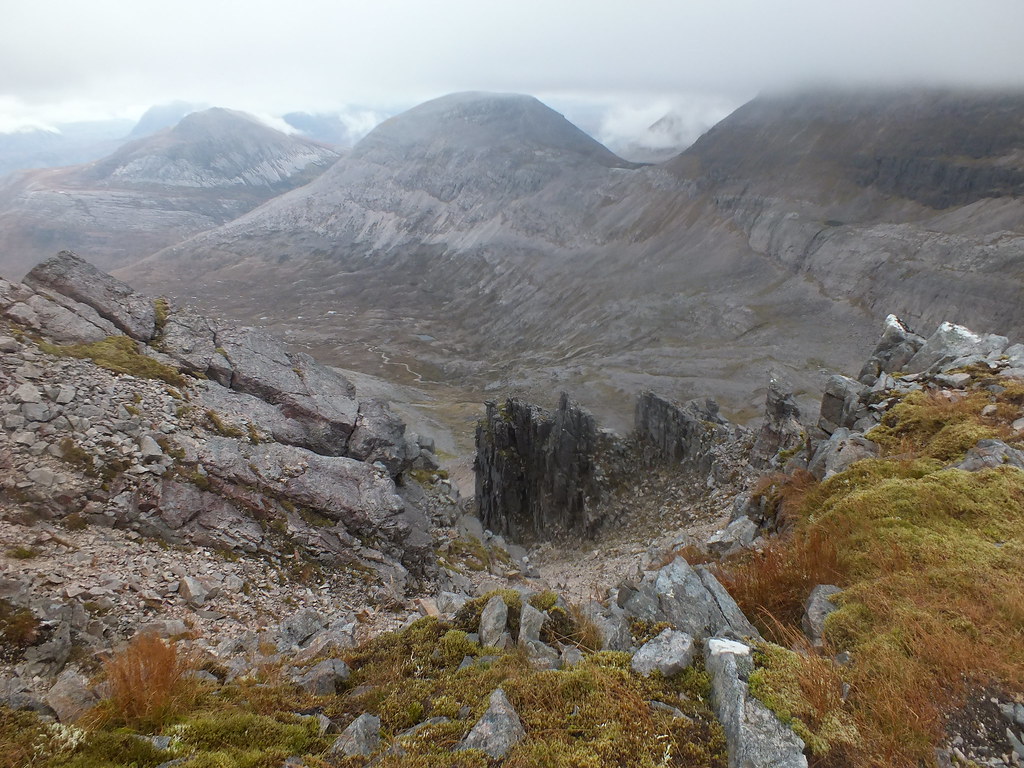 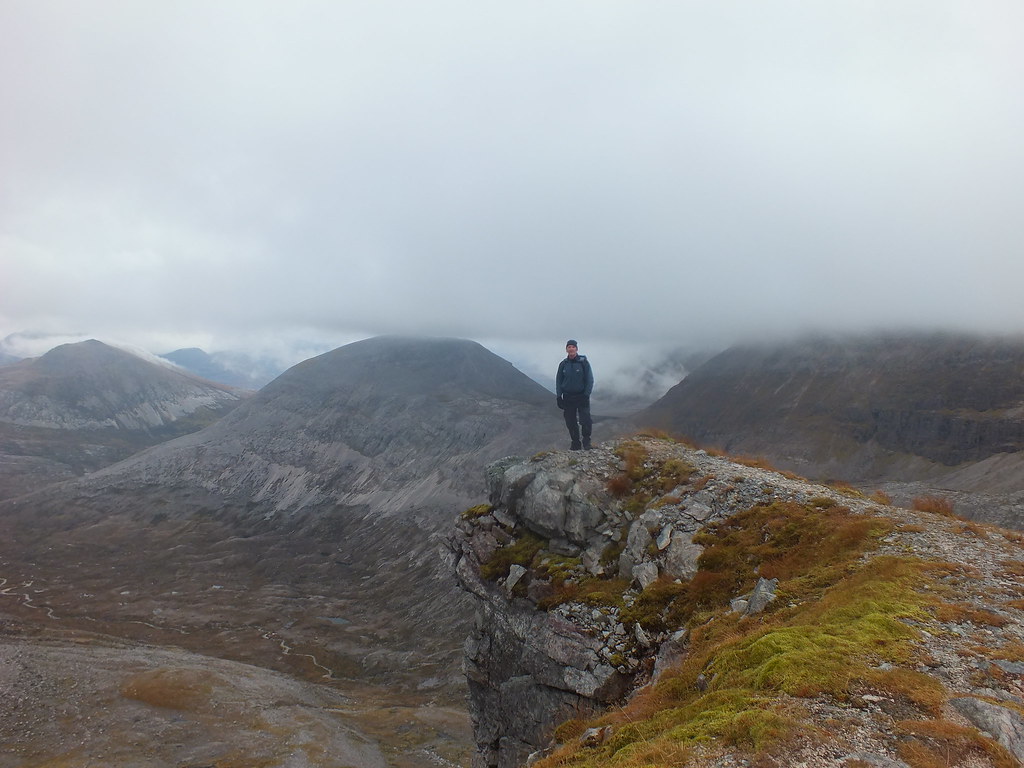 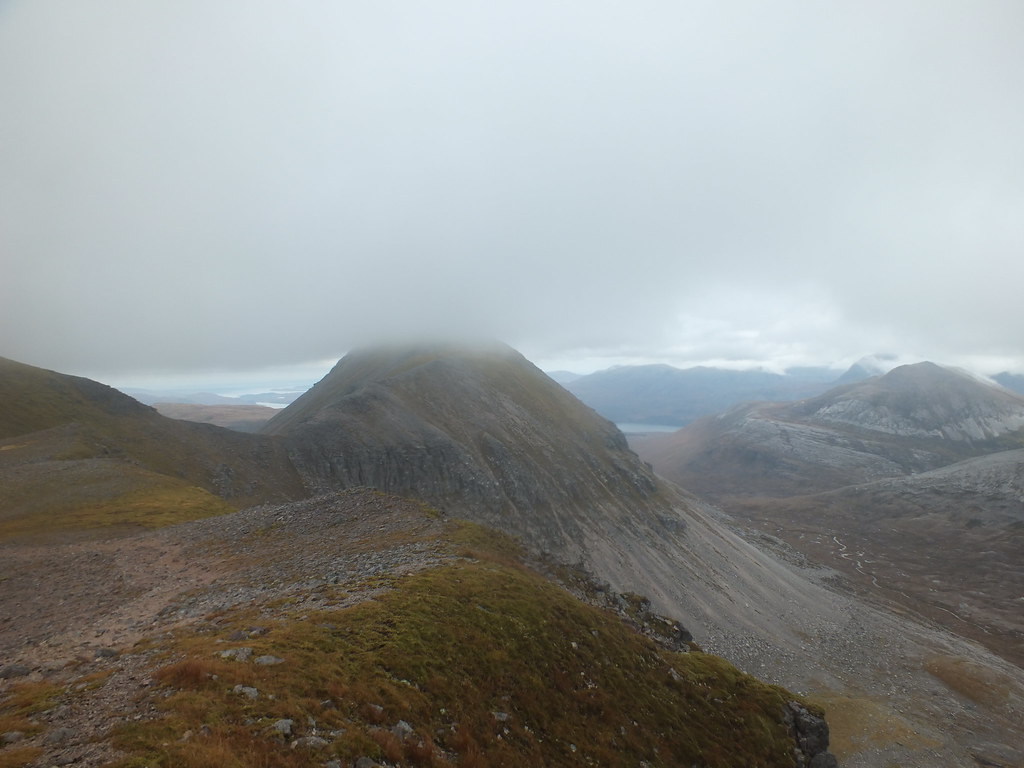 The second summit - in cloud

The walk along the ridge was awesome and really good and quick progress was made and it wasn't too long before the final push up to the second summit. The good news is that there isn't too much descent/ascent between summits 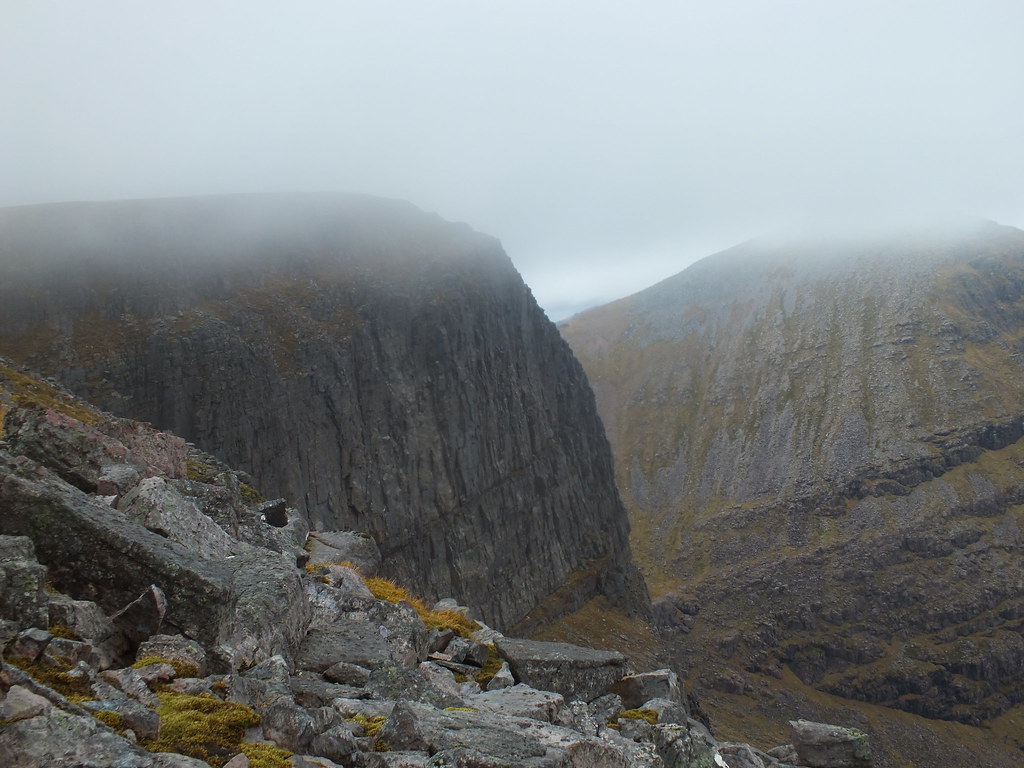 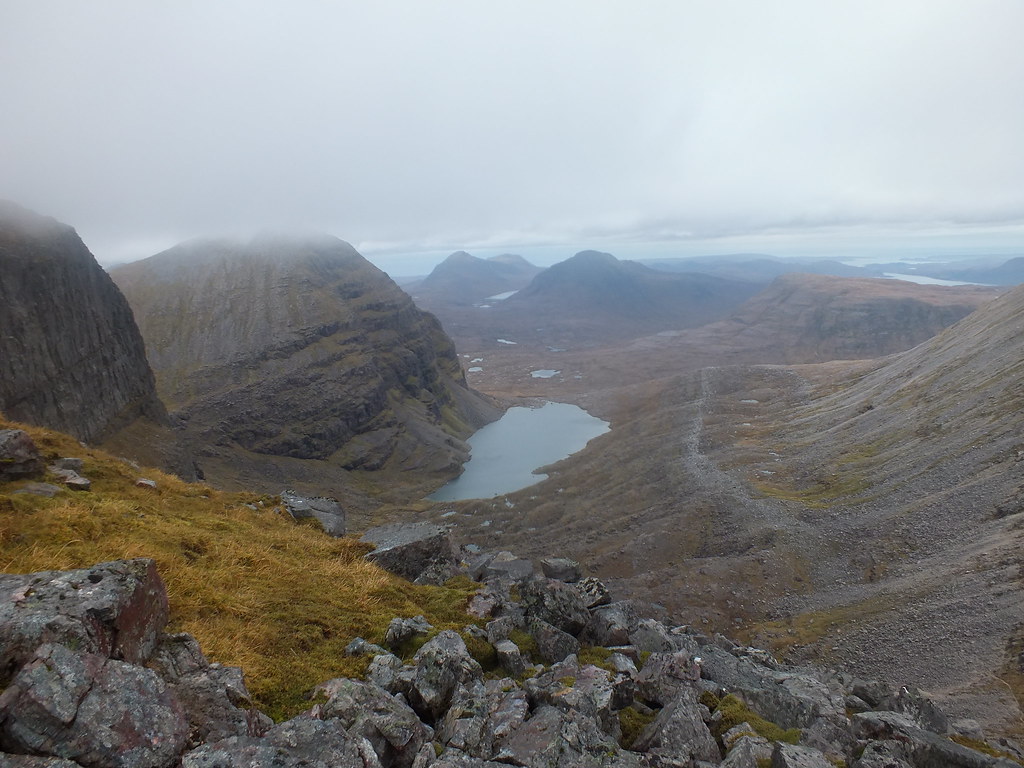 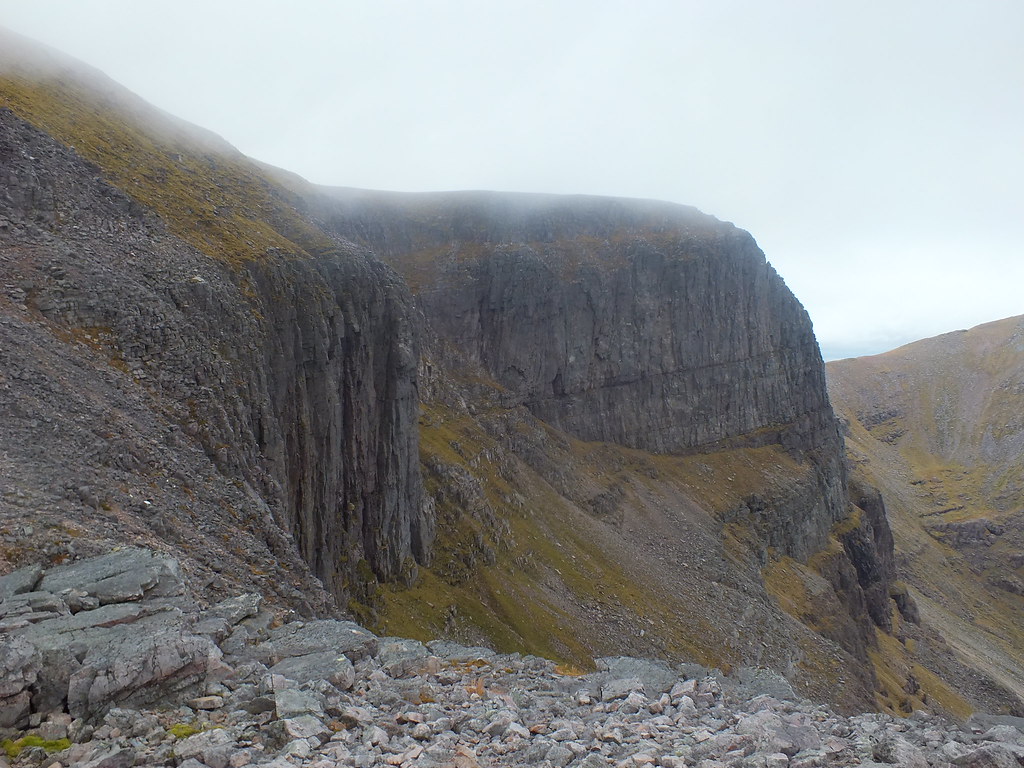 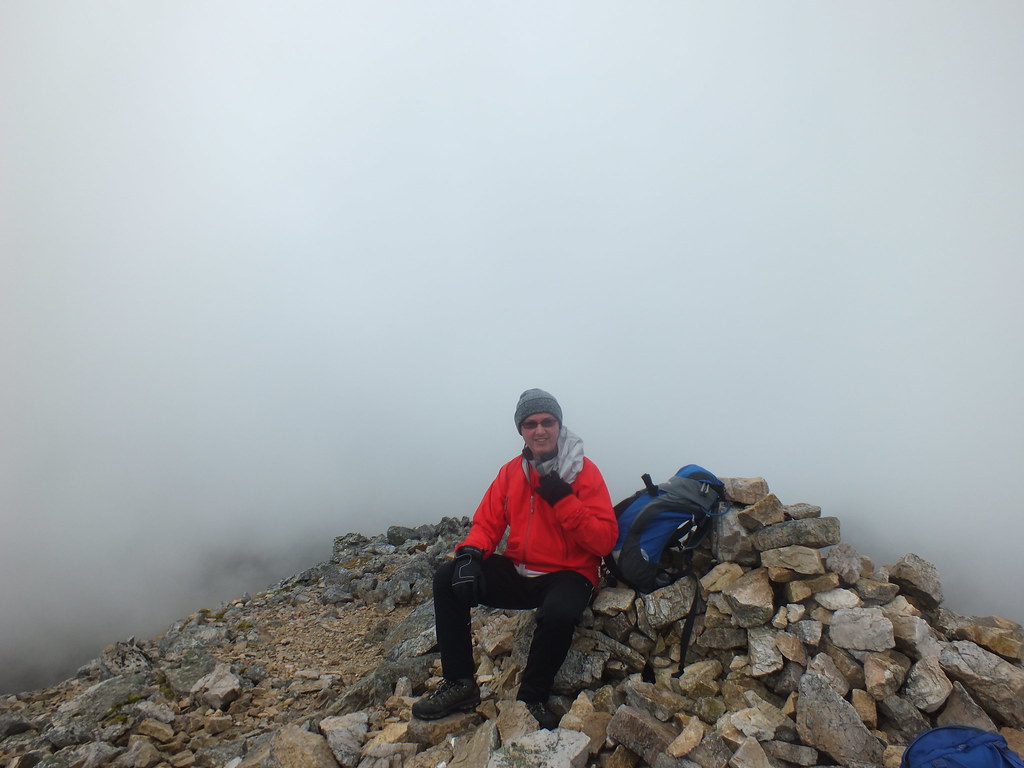 On reaching the summit of Ruadh-stac Mor, we had another nibble took a few photo's with the nice grey background and off we went heading back down to the bealach. 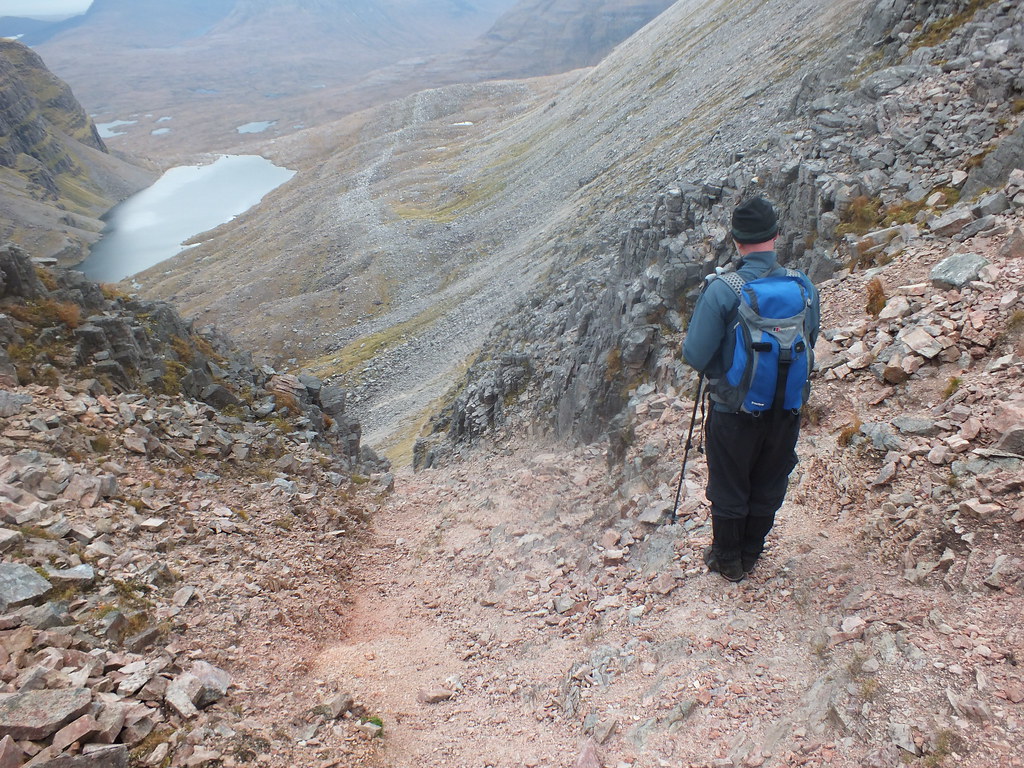 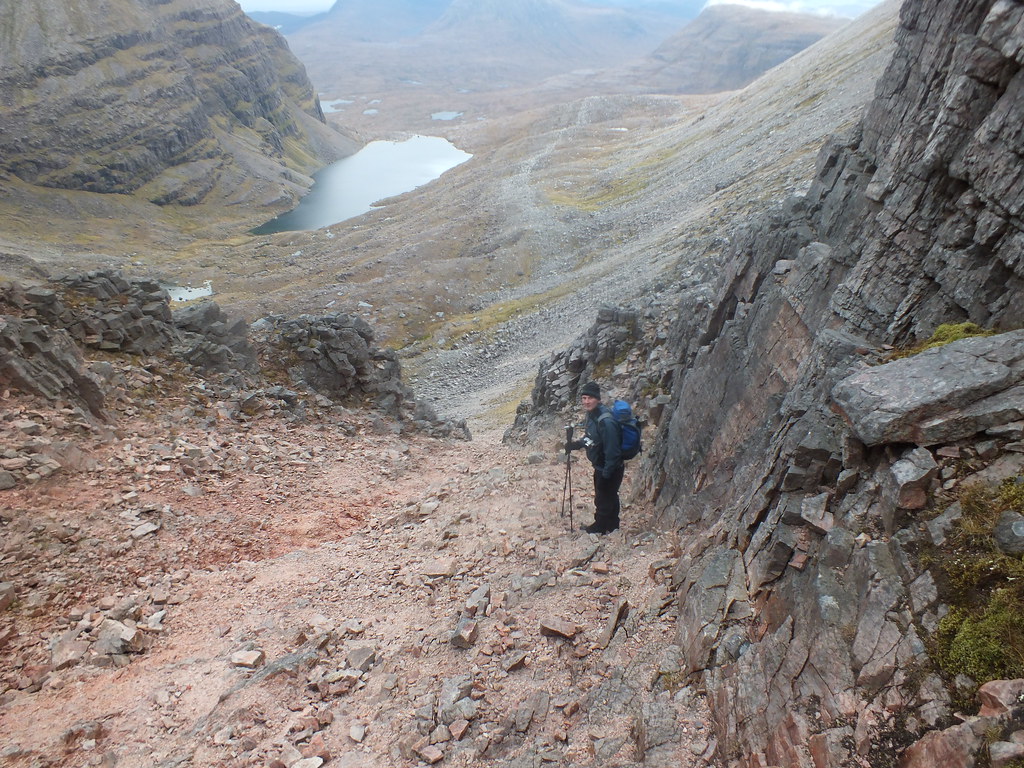 If descending keep to the right, nice steps, very steep 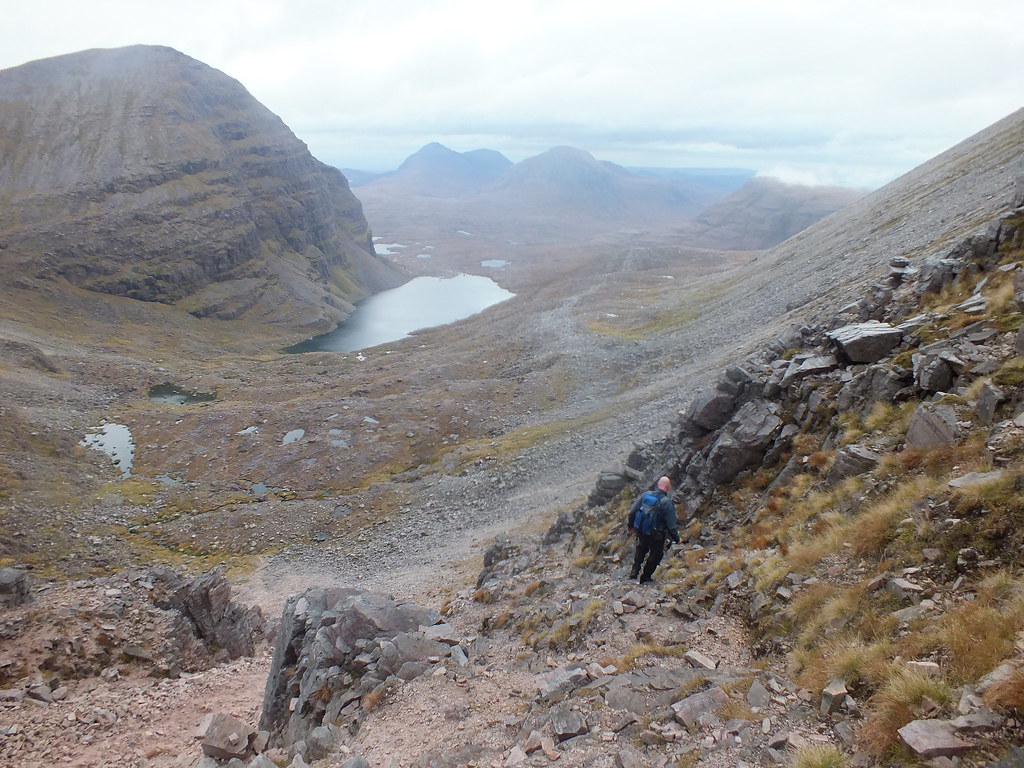 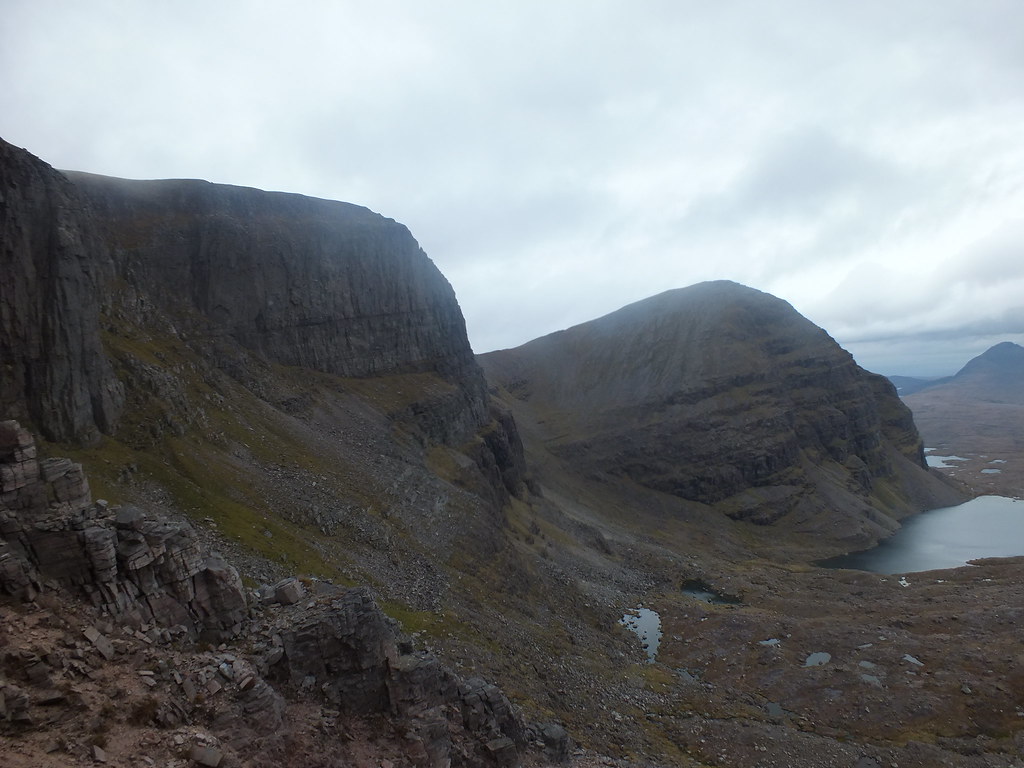 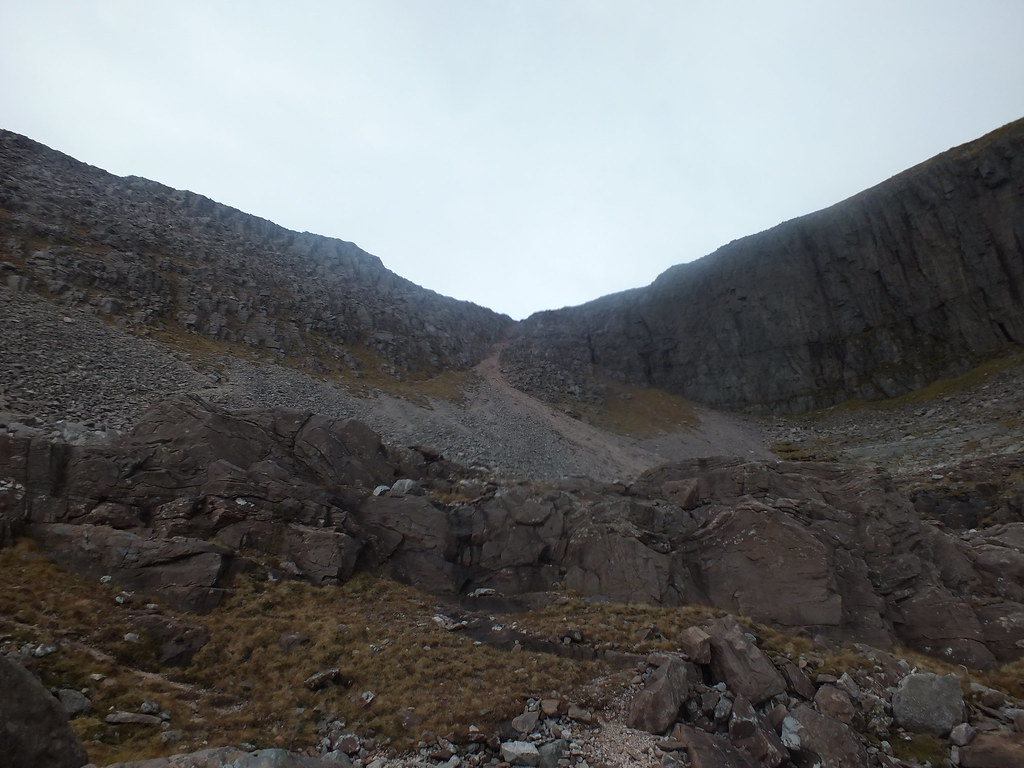 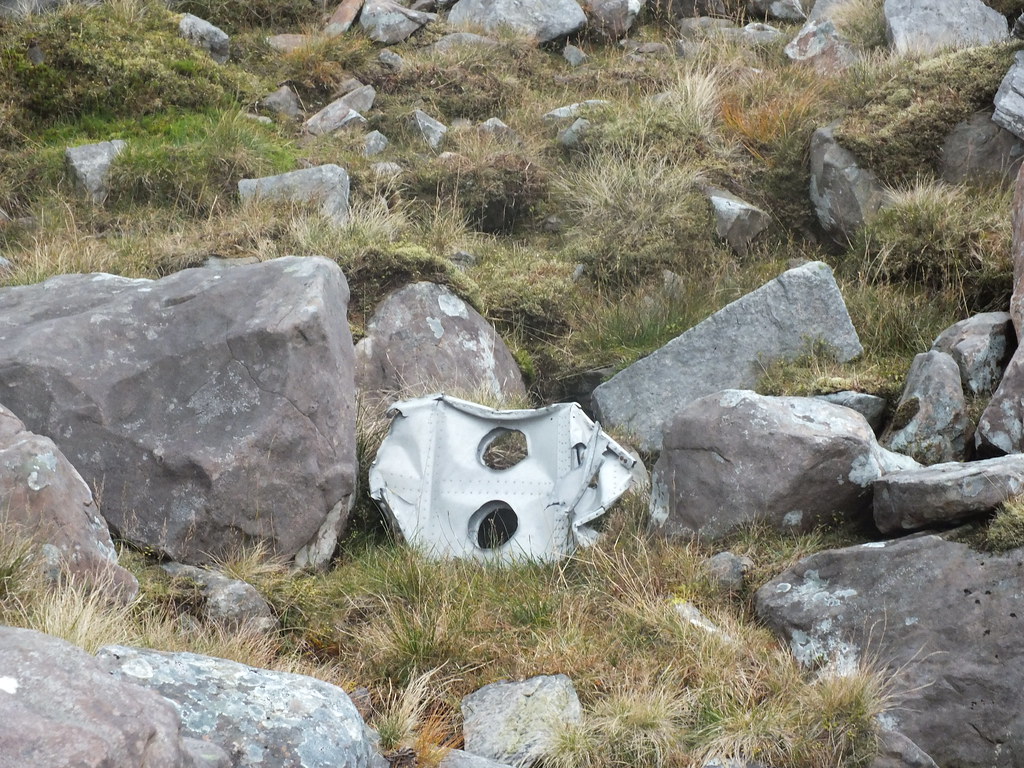 Plane wreckage of the Lancaster crash 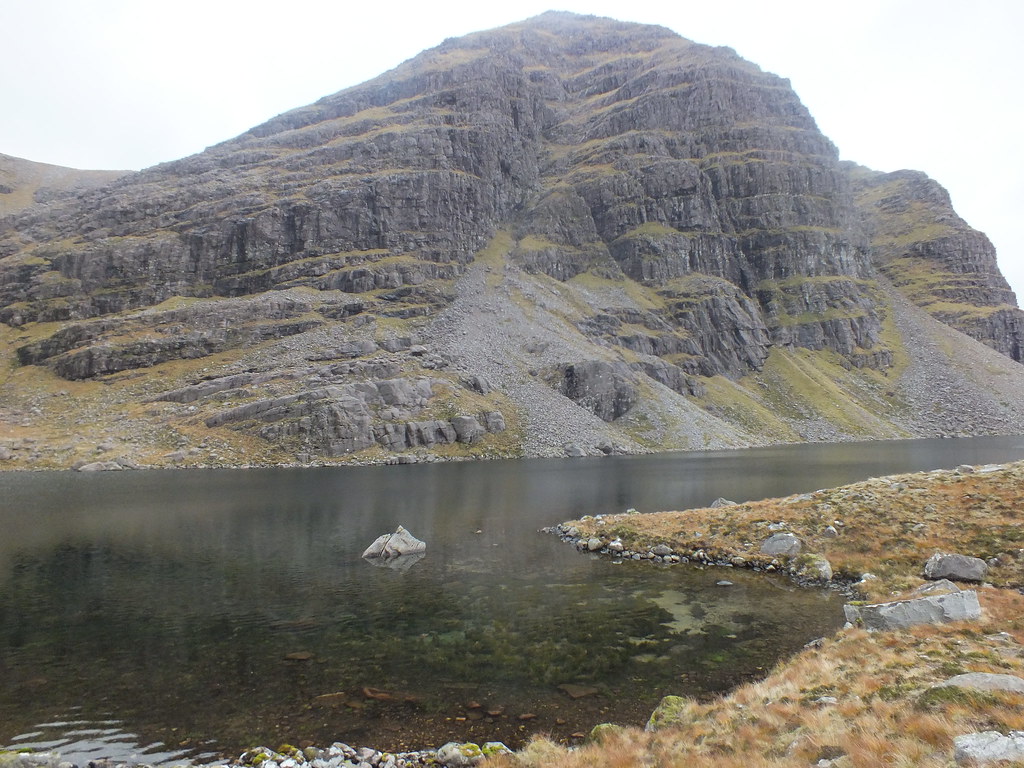 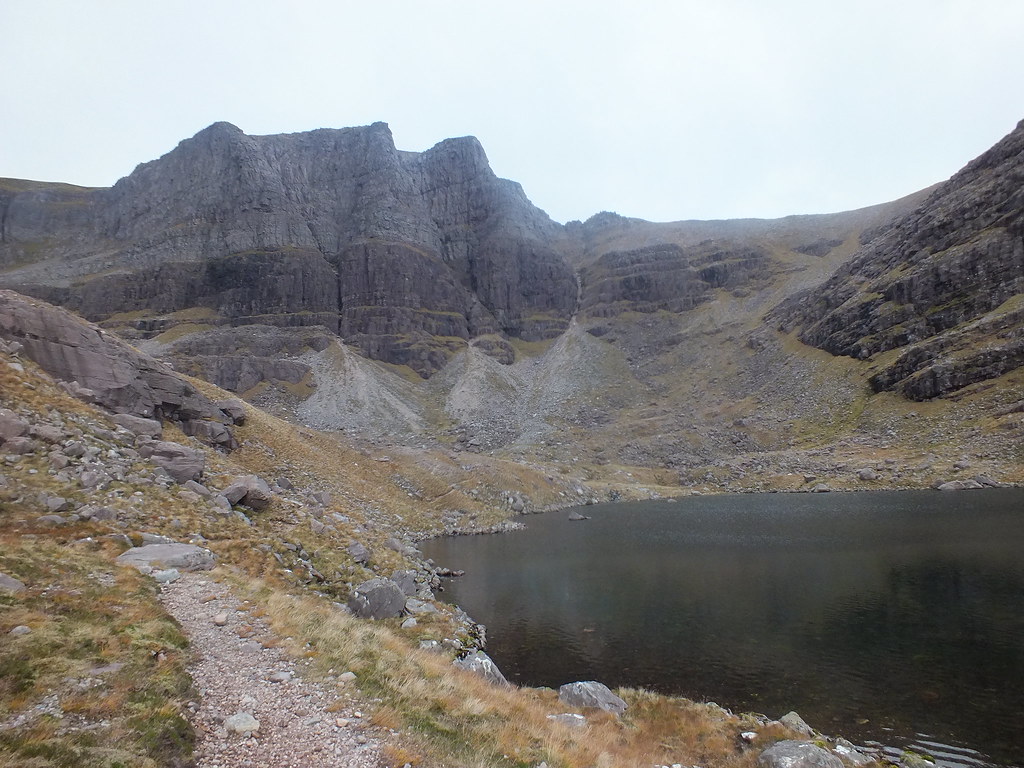 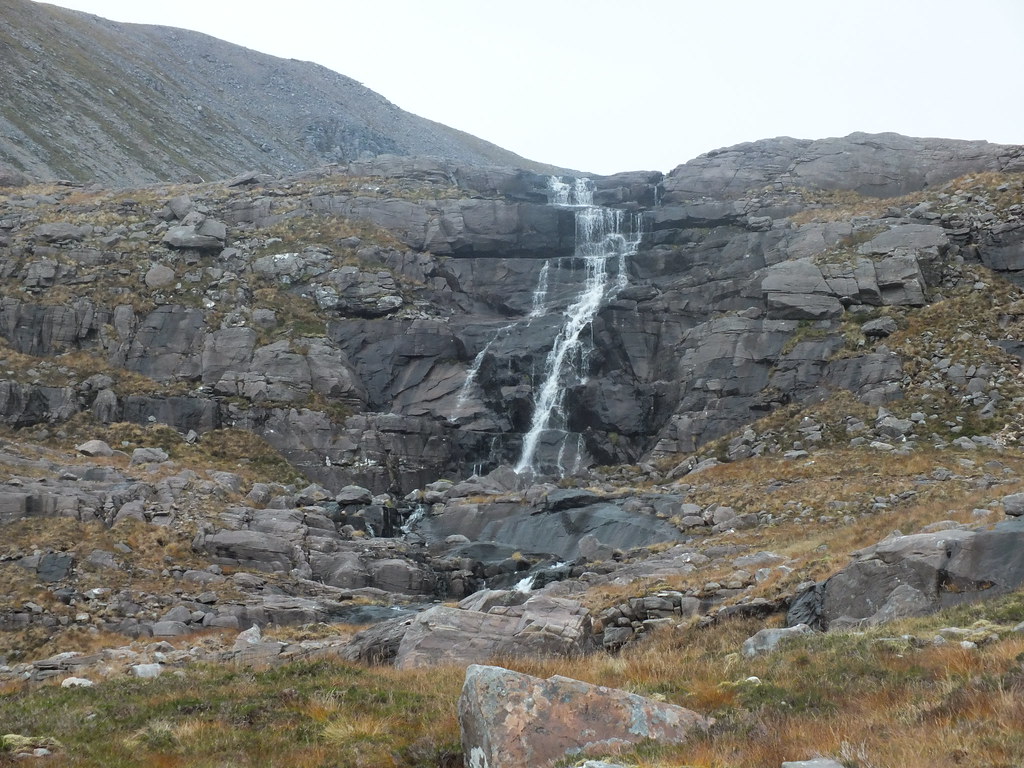 After descent down to Loch Coire Mhic Fhearchair the path goes in various directions and it does take a while to get round the base of Sail Mhor and then the long walk back to the car park begins. The path is excellent and it probably took a couple of hours from the bealach back to the car park.
Great day out and it turned out to be a good shout by Tommy, really glad I went up a day early, especially as the wet stuff stayed away

Bring on Friday and Ben Alligin

Nice one Martin, spot on getting there a couple of days early, well worth it

The cloud makes this hill look even more dramatic.

Good call to head out one day earlier. Congratulations to Tommy for his 100th munro!

I do make good decisions now and again, was a good day and thoroughly enjoyed it.

Great pix and report. That fabulous ridge is just asking to be walked along.

Looking forward to getting a chance to do those, have to make a weekend of it though - maybe next year.
Congrats on your 100th Munro, Tommy - much nicer summit to do it on than mine! Wishing you luck and good fortune for the next 100

Great photos Martin; the triple buttress looks particularly impressive, and the pictures of the ridge look good too. This mountain is definitely on my agenda for 2016.

Great report and photos Martin, it shows Torridon in sombre mood. Good shots of Liathach, it doesn't seem like two months ago since we were looking Beinn Eighe from over there.
Congrats to Tommy on his 100.
Cheers.

You stole my posing spot!

Fantastic mountain it is

Shame about the clag here and there, but still impressive.

Thanks for that - brought back good memories.

Cheers folk's. Looking forward to the next 100.