The weather forecast was terrible for our planned 1st visit to Tinto but once we make a plan we like to stick to it.

We chose the easier route, Tinto From The North, simply due to the weather which forecast gale force winds and hill snow! We reached the car park and while we were getting 'suited and booted' we met a small group who told us they had only managed to get 3/4 of the way up due to the strength of the winds! It wasn't looking promising but we set out anyway.

After an easy uphill stroll the climb soon becomes a little steeper and it was time to unstrap the walking poles. The wind was howling and they would help us to keep our feet firmly on the ground, we hoped! The ground was quite boggy and a small river had formed on the well worn path after all the recent rain we had. Every so often, the clouds would clear to reveal the snow covered summit ahead. 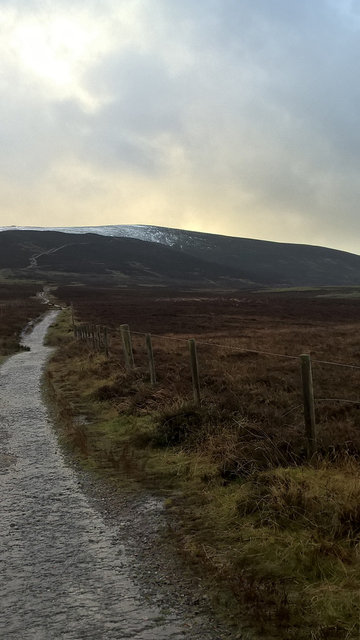 When we were about half way up we met a another group of 3 on their way down. They had also been forced to give up before reaching the summit. They wished us good luck as we were determined to press on 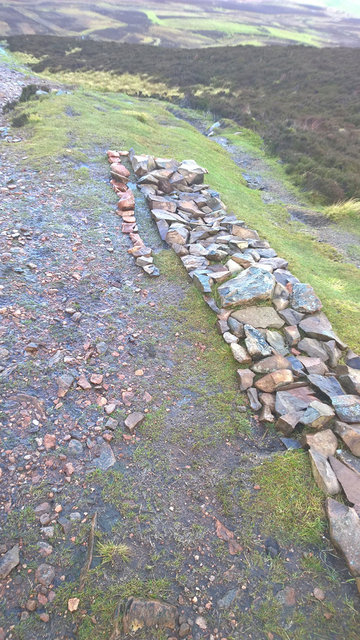 Nevertheless, we did our bit to help its progress 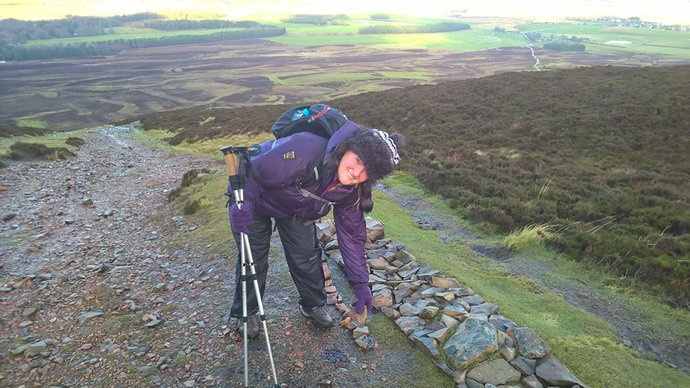 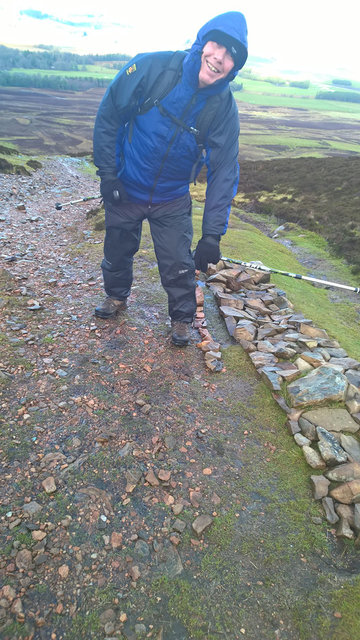 It was getting chilly so we had a quick pit-stop in a sheltered spot out of the wind and added an extra layer before setting out again. The guys we passed told us the wind was at its strongest just as the climb levelled out before the final ascent to the summit. The conditions had obviously changed because by the time we reached the same point, the wind was strong but not enough to force us back so onwards and upwards we went.

Looking back, the views from here were breath-taking and we have already added this to our list of hills to visit in the summer. It would make a perfect short walk on a lovely summers day. 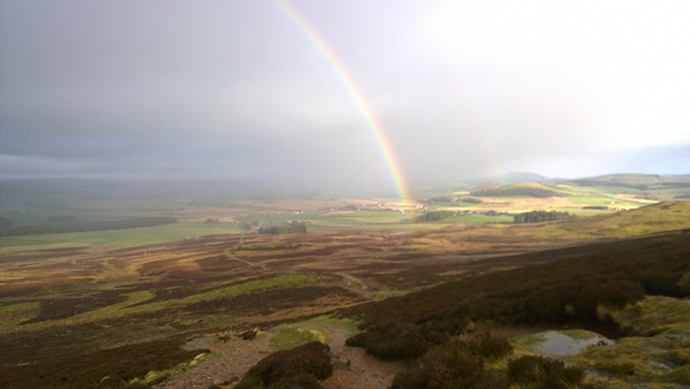 Back to reality and todays weather, which had now started to snow a little. The wind also seemed to have dropped off quite a lot and with the trig point coming into view, we were confident that we would make it. 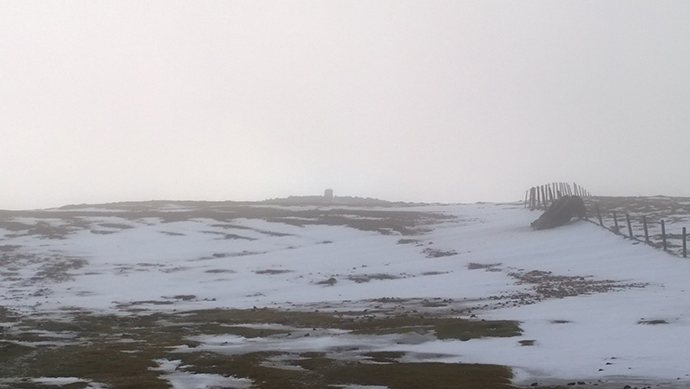 The snow was becoming quite deep in places but the rocky path was still visible which made the going pretty easy and we soon reached the summit. 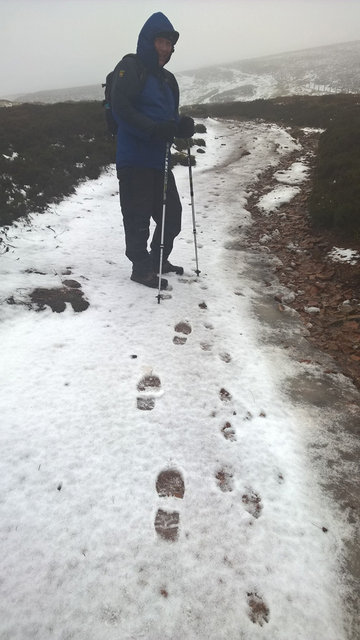 The trig has a really interesting information plate which list all the hills in every direction and also their height, a great added bonus! After a quick stop for the usual 'summit selfie' we made our way back down. 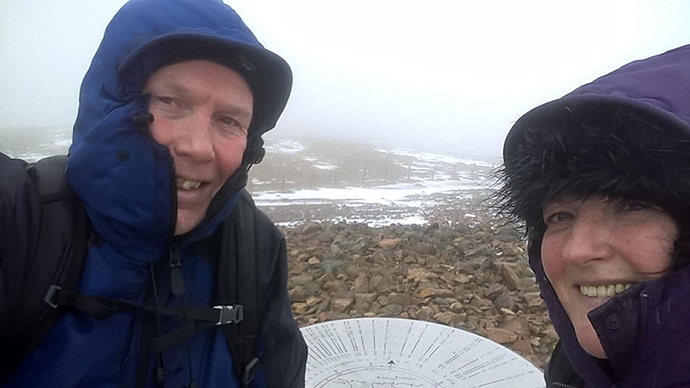 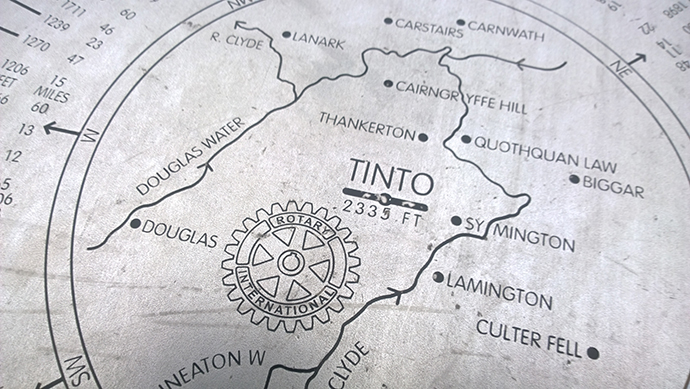 The snow had really started to get heavy now and was coming in sideways in the wind. Luckily the descent is easy going and we soon found ourselves back at the car park.

We haven't been hill walking long and today taught us another lesson in that we need some better gloves. Although we have now most of the equipment we need, our gloves soon got soaked and wet gloves just don't keep out the cold

Overall though, we loved this hill, it's a little cracker and not surprised it's as popular as it is, well worth a visit.

Users browsing this forum: Alan B, Beery Hiker and 43 guests