Time for another trip out and weather looked fine for Glencoe, so decided to revisit hill No's 50 and 51. My first trip up these had been a good experience, but this was to be one hard to beat, I think. Wall to wall sunshine. T-shirt from bottom, to the top and back again and snow just about the same 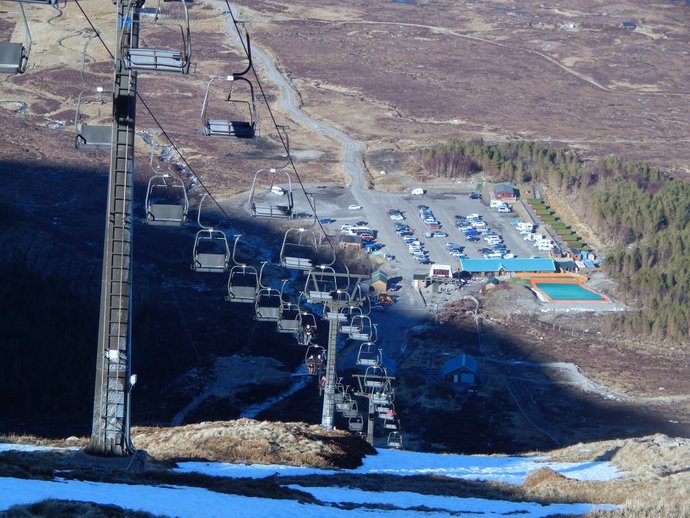 Ok, wasn't wall to wall sunshine all the time, as the shadow from Creag Dubh, got in the way, during final descent :) 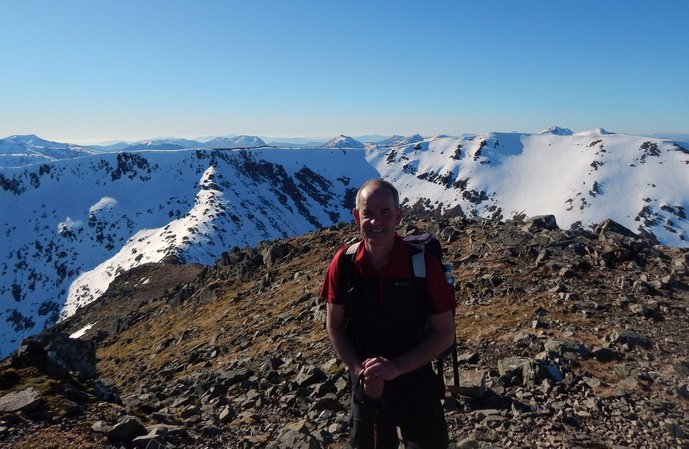 Yours truly, summit of Meall a'Bhuiridh. 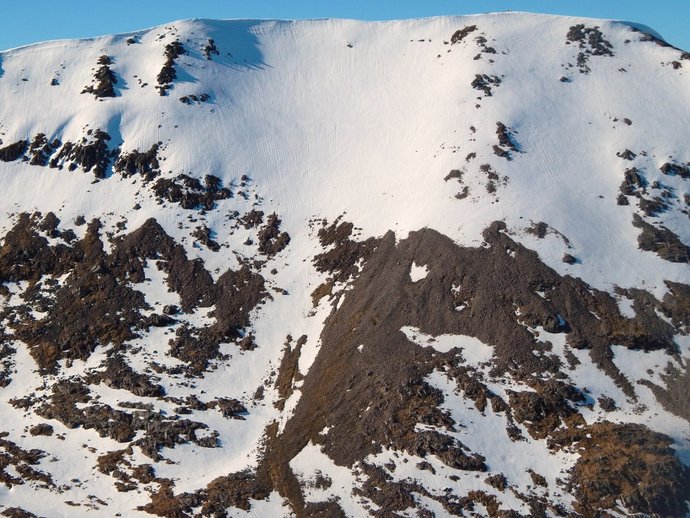 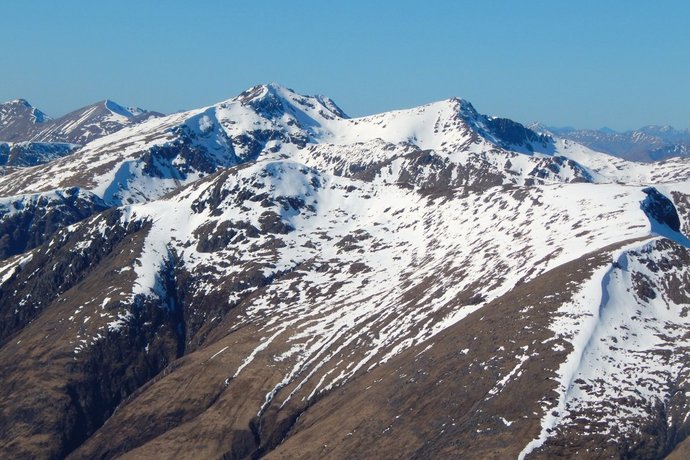 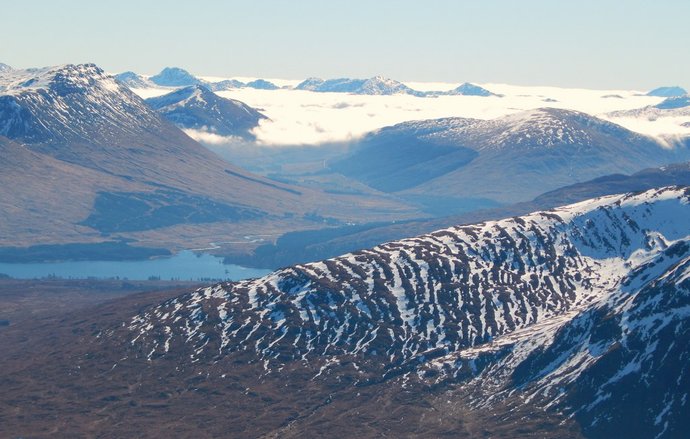 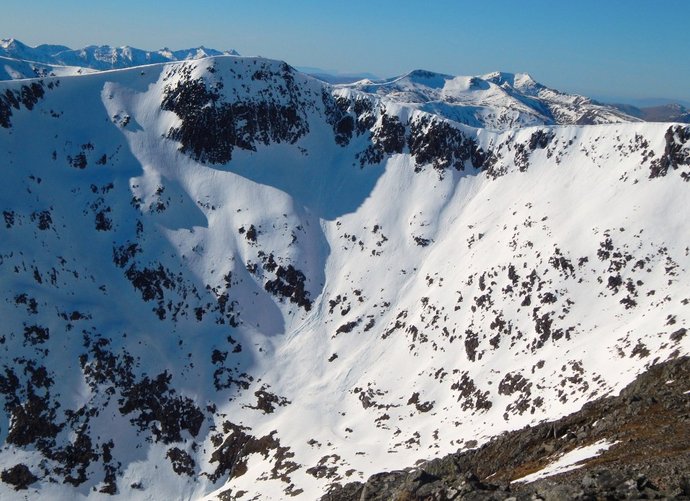 Met a few other walkers and had a blether, or two. Lots of skiers out enjoying the conditions too. Met couple of lads from Glasgow who went round past Clach Leathad, and skied from Sron nam Forsair down into Coire an Easian. Looked great, but not for the faint-hearted ... like me (and I've never learned to ski 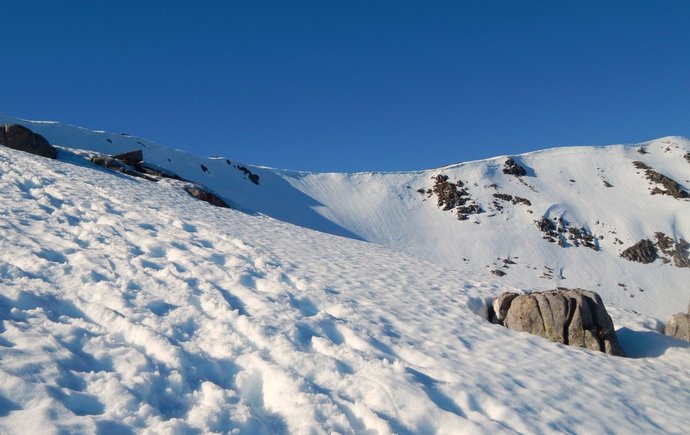 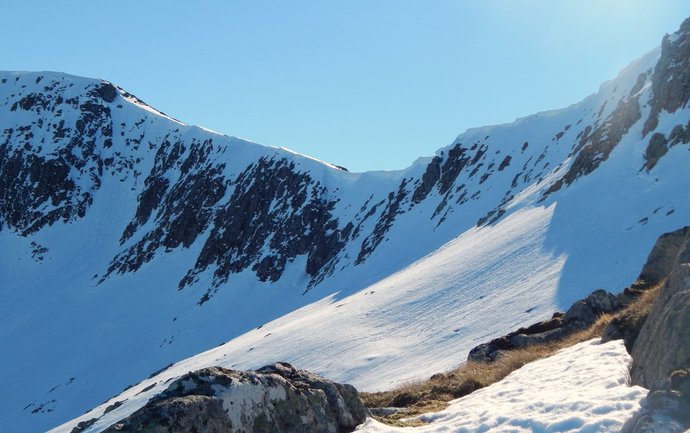 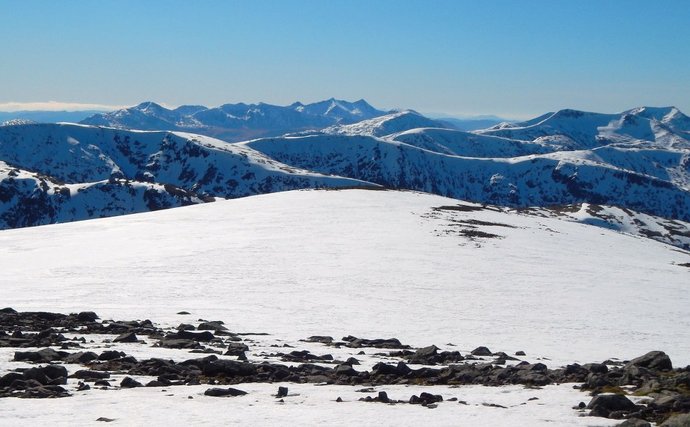 Fine vista to the south. 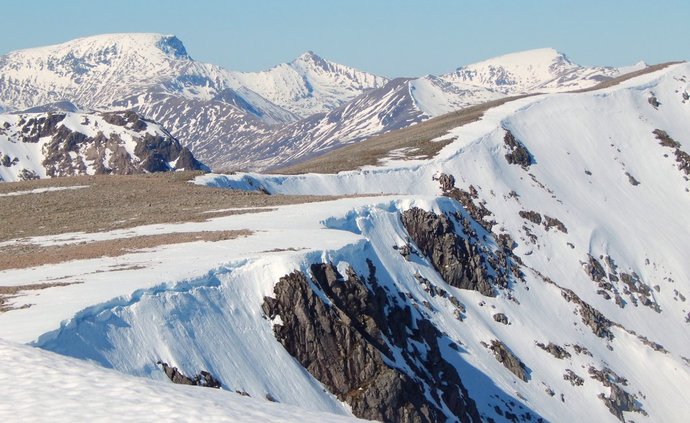 A closer look at the Ben. 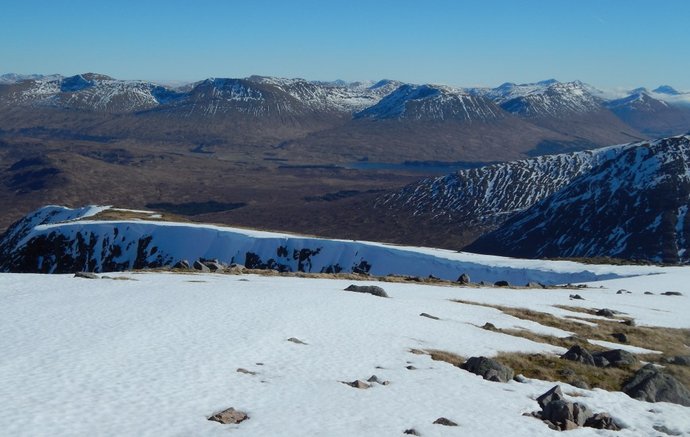 Nice view of the Glen Orchy hills, too. 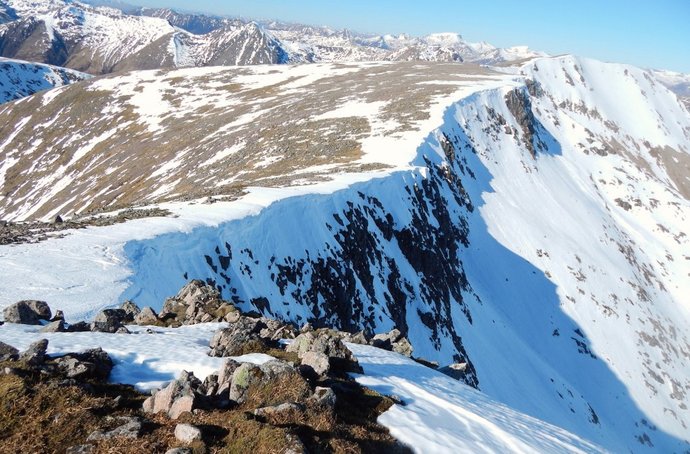 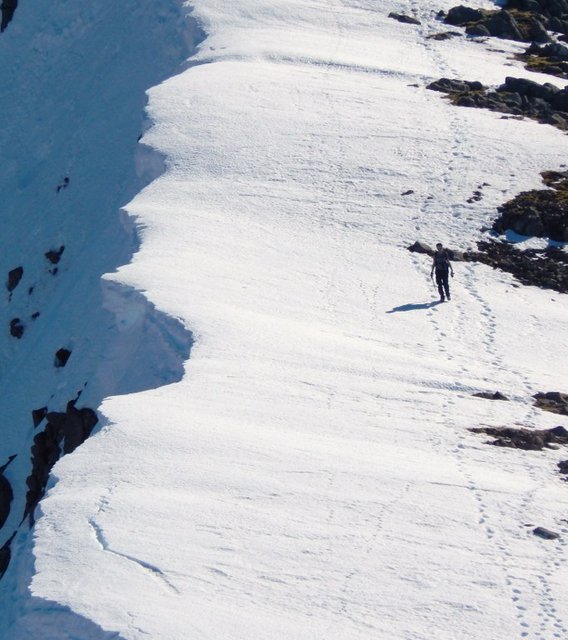 Someone coming off Clach Leathad. Looking over to Clach Leathad. Looking up from the bealach. 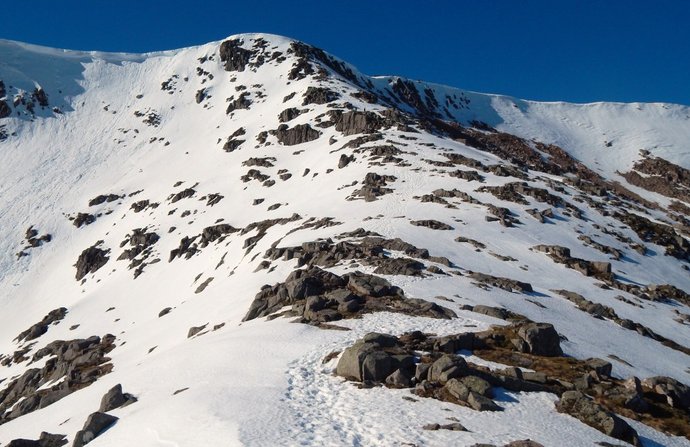 Couple of guys making way up from the bealach, if you can spot them.

Followed the WH's route and visited Clach Leathad, for good measure, trying not to get too drawn to the cornicing on Creise, which is most impressive and can be equally dangerous, as one WH member can testify

All in all, a superb five and a half hours, topped off with majestic wee shandy, in the ski centre cafe. Unbeatable Not easy snapping a ski-er. Still plenty snow for the skiers. Would love to give it a try, someday! 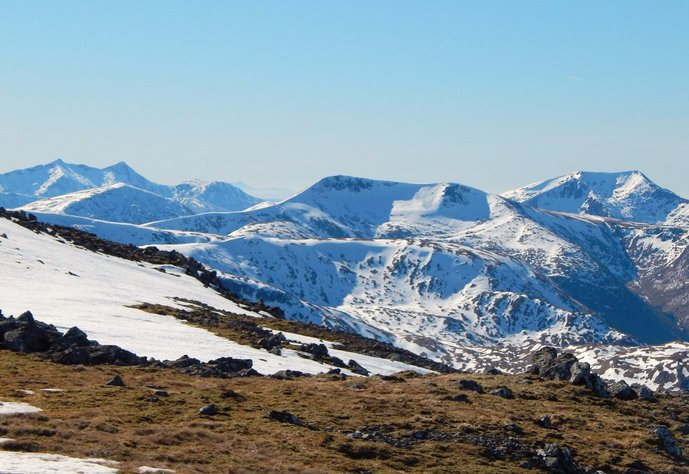 Buachaille Etive Mor, among others. Back to Meall a'Bhuiridh. Lawers hills way in the distance. We did this duo last year in exactly the same conditions. The traverse to Creise with big cornices hanging above was some kind of adventure!

these days make up for the claggy ones don't they

Very nice, and some seriously chunky looking cornices there too!

Can't wait to do these two but with a bit less snow - although won't beat the stunning snowy photos you got!

Love these two hills as well! But climbing them from Glen Etive will be my favorite way up. You had a great day and got some fantastic photos

Some great photos, loved the cornice ones, impressive

You'd love ski touring, it's like hill walking only you don't have to walk downhill afterwards