Hewitts included on this walk: Black Sails, Swirl How, The Old Man of Coniston, Wetherlam


Good spring walking day for a busy route around the far south of the high Lake District.

coniston.gpx Open full screen  NB: Walkhighlands is not responsible for the accuracy of gpx files in users posts
Coniston isn't the biggest of villages for its prime position between hills and lake, and not blessed with obvious parking spots, but it's still a bit of a choker for tightwads to see the central car-park asking for £8 for 'over 4 hours'. Supply and demand, I suppose – the Old Man looks a very popular route and there's plenty going on in the village – but glad that this isn't the case everywhere in the District quite yet. Faithful to Wainwright's advice on my first climb of the Old Man from this side, I took the green route up beside Church Beck and it's definitely quieter and prettier than a trudge up the steep road - for an area so ravaged by mining activity the Coppermines Valley also retains quite a wild beauty, backed by its circle of high peaks. The tourist route isn't quite so good for the stretch after that: you gain a lot of height easily on the well-made path, but – closed in by the spoil and without much in the way of views until reaching the handsome bowl of Low Water – it's a bit of a treadmill plod at times. The (pretty crowded, even early on) summit is worth the effort though – on the edge of Lakeland and with a big vista in most directions even beneath a little cloud. 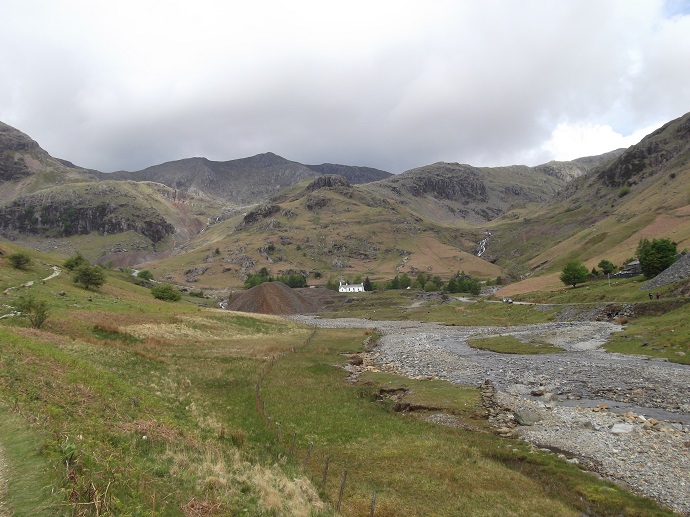 Swirl How & Black Sails ridge over the Coppermines Valley ...and from higher, looking to Levers Water & Wetherlam Brim Fell from the Old Man Very easy walking north along the broad ridge to Swirl How from the Old Man, with very little sense of effort on the re-ascent along the rocky edge of the How Crags. With the morning cloud slow to lift, there wasn't quite the prospect of the Scafell range that I'd seen here before, but the views of the surrounding range, especially the cliffs of Dow Crag, and the nearby sheets of water are still great; you rarely have the sense this high that much of the scene, including the reservoirs, is partly man-made. The ascent route from Coniston, past Low Water Looking over the Prison Band from Great How Crags As easily as the fine stony top of Swirl How is reached, the crags to the east, and descending by the Prison Band, are fiercer. Depending on your mood and the conditions, this is probably either great fun or a rough struggle – there are dozens of half-paths heading off in all directions; some easy, some ending in little scrambles of varying difficulty. Today – even in descent – it was great. Going up Wetherlam is straightforward and a bit dull by contrast; Hewitt-baggers will want to detour to Black Sails on the way - this looks easy everywhere but a faint tread heads up through the easy grass and rocks just after the Wetherlam path takes a sharp right and starts to dip. Black Sails is a nice lonely summit of white rock; quite a prominent peak from below with its own long ridge, there are far worse Wainwrights on the list than this. Wetherlam across the Prison Band Back to the descent from Swirl How 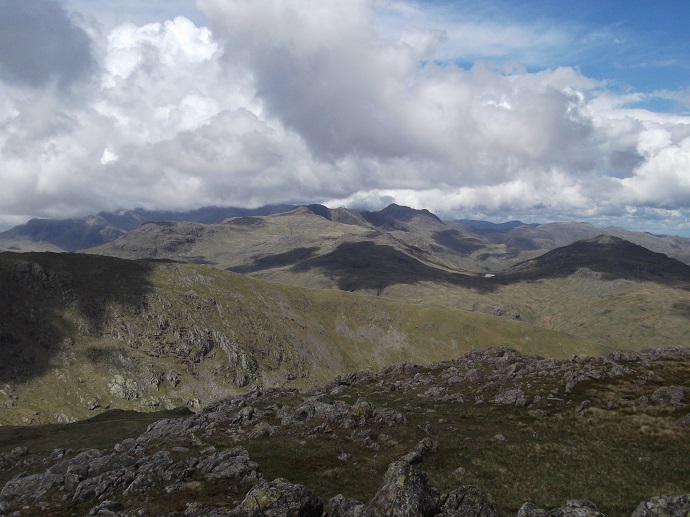 The Lad Stones ridge, most of the crowds from the Old Man dispersed by this end of the range, makes for a very good initial descent from Wetherlam, gradual and grassy. The more northerly of the two diversions east marked on the OS map, probably the one intended by Wainwright, starts off as a visible turn onto a stony path, but fades to insignificance in marshy areas between the rocks and you end up finding your own zigzag through the drier and less steep parts to the (usually visible) tarn in the valley – not too difficult, but needing a bit of concentration at times. Good mine tracks after that though back down to Church Beck, and a hint for the future in that there is quite a lot of free parking available beside The Forge lane rising from the museum... 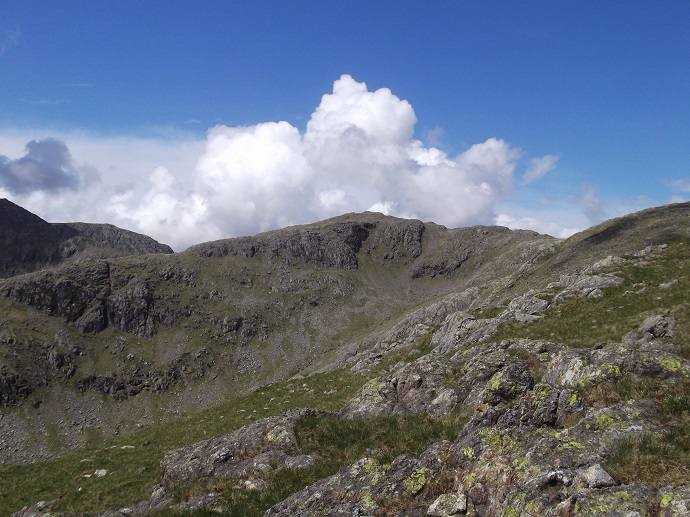 These are probably the Lakes mountains most marred by man, but they survive it; fine tops and some good challenging walking, a lovely day out.

This is a cracker P, hard to believe it has been so ravaged by man. I'm struggling to get my head around the 8 quid parking though

You got some really lovely photos throughout, 'the' opener at Church Beck Falls and 'closer' at Swirl How started and ended your TR with a bang. Really enjoyable write up

Cheers, Chris! You perhaps wouldn't want it on every hill you climb, but the old mines and ruins do add something a bit different and sometimes interesting to the landscape. The parking fee isn't that bad for the hours of pleasure really (compare £30+ to watch an hour and a half of football that you'll not even enjoy half the time) but you do tend to get used to a bit less than that...!