The Cairnwell Munro's were the final three for Millie and myself for last year. A week and a half later, Moss was added to our family and while old enough for hill walking she was not hill-fit in the slightest so that was the end of our hill season. Today, the final day of my holiday and not wanting to travel any great distance for a walk, we returned to The Cairnwell to get Moss her 7th, 8th and 9th Munros! Not bad for a dog who was all skin and bone and no muscle with paw pads that could be cut with a blunt butter knife when we got her! 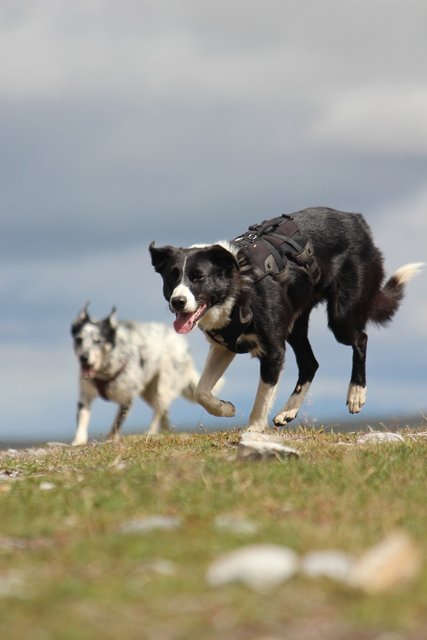 Moss (with big sis Millie in the background)

We parked up and set off at 11:30, following the track up to Cairn Aosda soon reaching the summit. Has to be one of the easiest summits to reach! 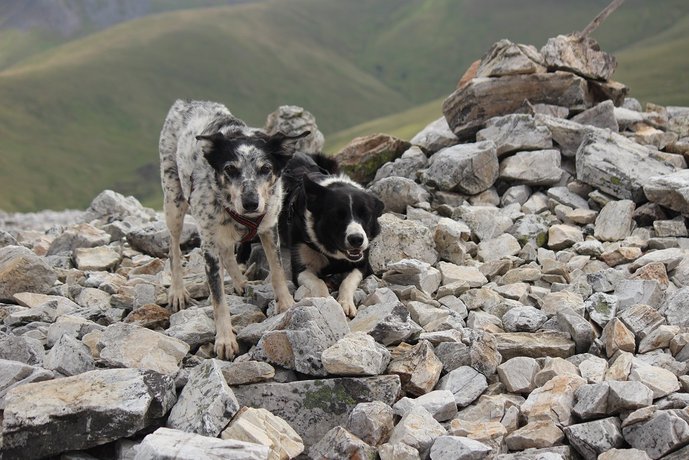 From there we headed along the track towards The Cairnwell, which I had thought about doing 2nd but changed my mind when I saw a fair few people heading up there and turned off onto the narrow footpath towards Carn a'Gheoidh. It looked very far away, but it wasn't long before we reached the final climb to the summit. Here, the dogs were let off their leads and remained off-lead for the walk to The Cairnwell and back down to the car park. Moss having a roll at the summit of Carn a'Gheoidh 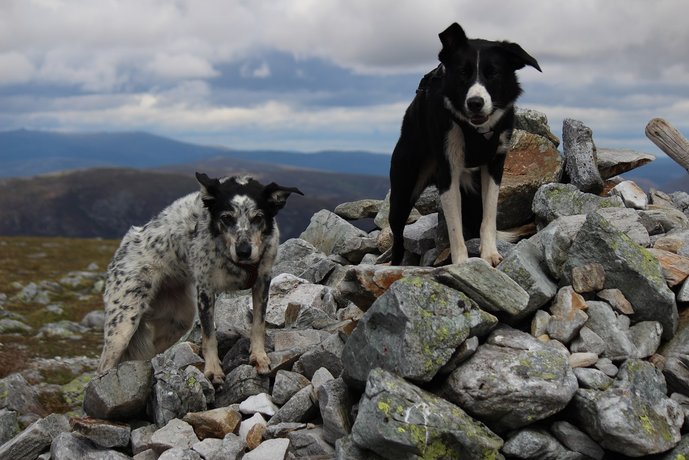 The dogs had great fun running around and playing on the way back towards The Cairnwell while I watched out for hares, last time I saw quite few of them but today I only spotted two and that was on the last stretch of the walk. Still, plenty of photo opportunities for the dogs! On the track to The Cairnwell I certainly didn't feel away from it all, certainly not helped by a big JCB making an arch over the track! Not something I'm used to seeing up in the hills and it was visible for much of the way. 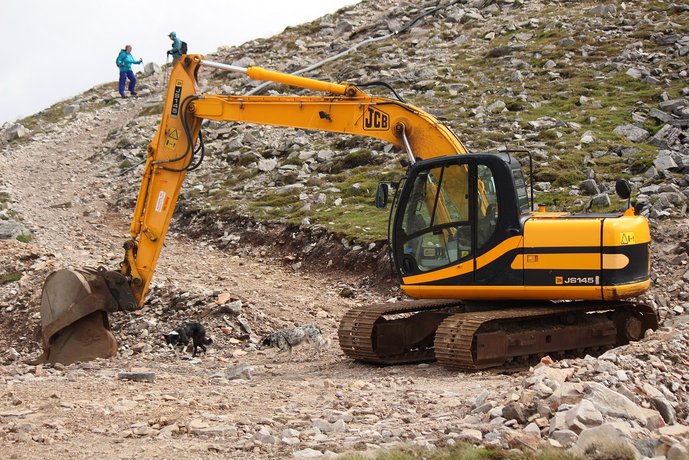 We did the final climb to the summit and quick summit photo for Moss (really not an attractive summit so I didn't see the point in trying to get both of them to pose) before heading back down. 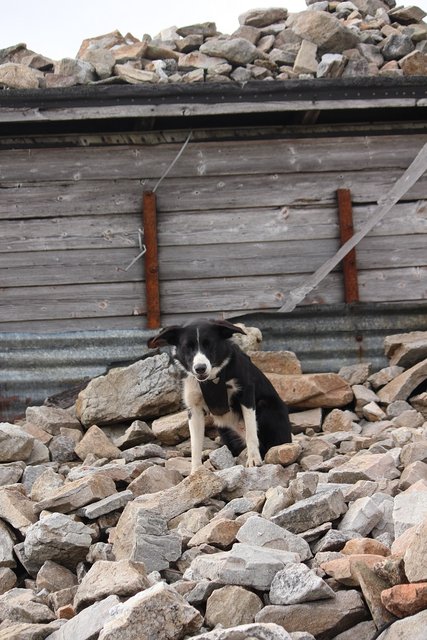 Last year, we went down via one of the ski runs after Millie slipped and seemed to hurt her paw on the way down from The Cairnwell, this time we went that way for the fun of it. Much better idea than heading back along the stone track and as a bonus I spotted two hares on the way down. It was a bit boggy but not overly wet and I found what I thought was a track made by other walkers which was good to follow, but a bit further along large hoof-prints indicated that maybe the track had actually been created by the red deer that roam the hills, either way it was a pretty good track to follow and we were soon back at the car park just before 3:15pm. We'd knocked half an hour off our time last year!