Linn o Dee to Aviemore - Not quite the Lairig Ghru

Linn o Dee to Aviemore - Not quite the Lairig Ghru


I had been looking at doing this walk along the Carn a'Mhaim ridge for some time and the opportunity arose when I got offered a lift through to the Linn o Dee. I got a lift from a couple of folk who have helped me out a lot over the years, though they were heading in that general direction anyway 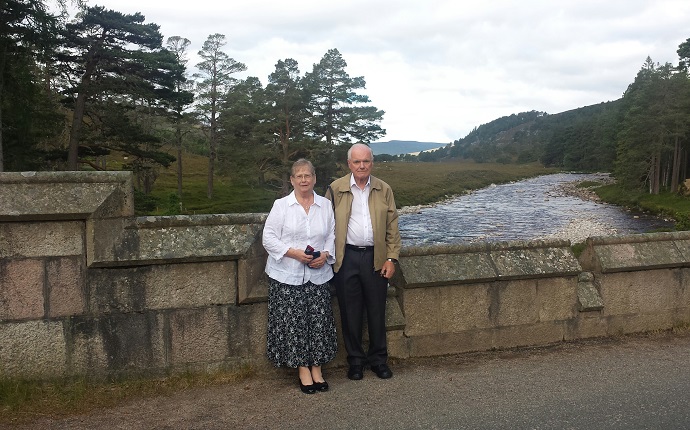 The plan was to walk to Aviemore and catch the train to Inverness even though it was a train strike day it worked out ok.

Now on my own at the start point.
Walkhighlands is not responsible for the accuracy of this Linn of Dee signpost. 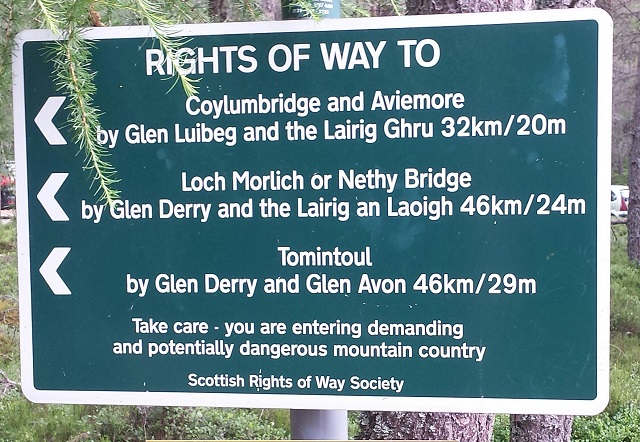 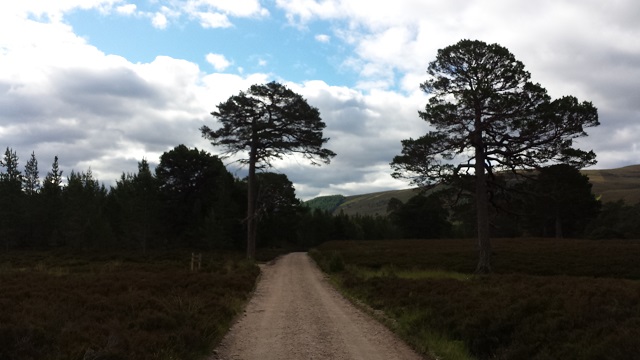 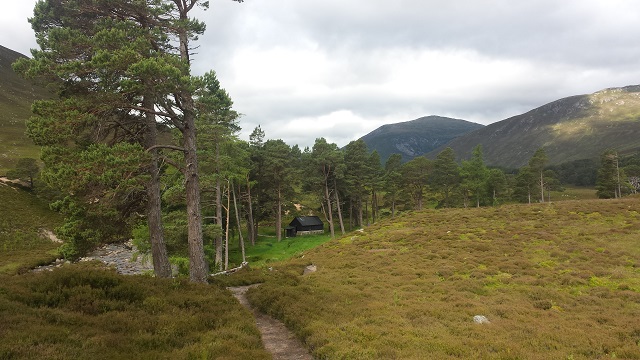 A few folk had passed me on bikes on the way In to Derry Lodge but after that I saw few people. At the ford at the Luibeg burn I chatted with a couple from Perth and we all decided the fording of the river was doable though another chap behind us opted for the bridge upstream. The couple were off to the Devils Point and I left them shortly after the burn to climb Carn a'Mhaim. It had taken me 2 hours to get to the burn and another hour to reach the top of the munro from there. I walked over the top of the cairn in a kind of slow motion walk and punched the air like I had scored a goal. Not sure why I do this (its happened a few times now

) and someone told me its bad luck to damage a cairn

does anyone else do this? No probably not 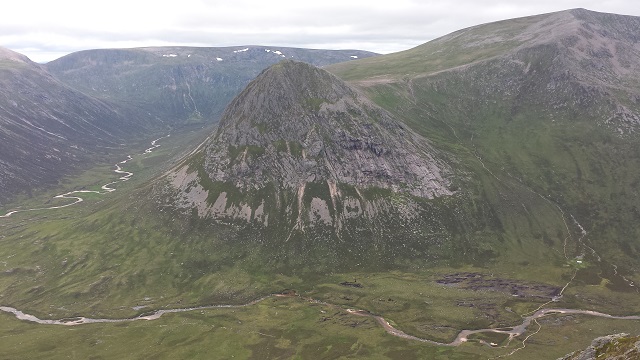 Old photo (though not as old as I have made it look) looking down Glen Geusachan towards the Devils Point on the left and Carn a'Mhaim straight ahead. Our two tents in the bottom left of the picture 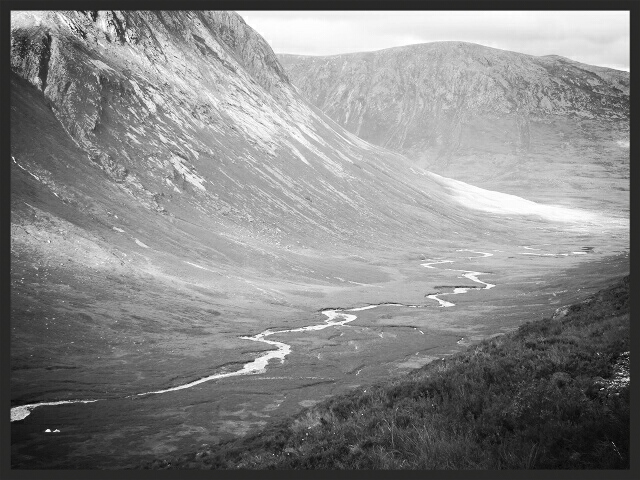 Great view of Corrour bothy and the Devils Point from the ridge. 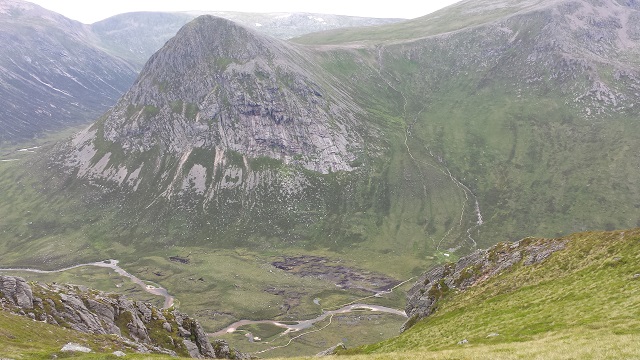 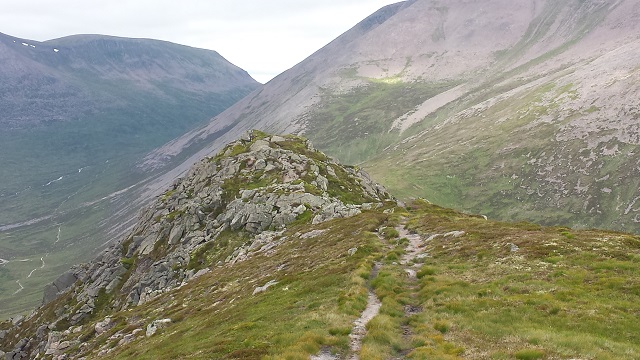 The River Dee not far from its source. I like the look of the ridge up to the Angels peak maybe some other time 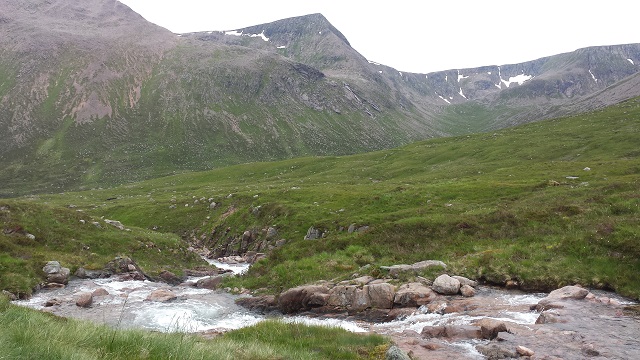 My pal Colin tells me there are little trout in this pool. How do they survive the winter? 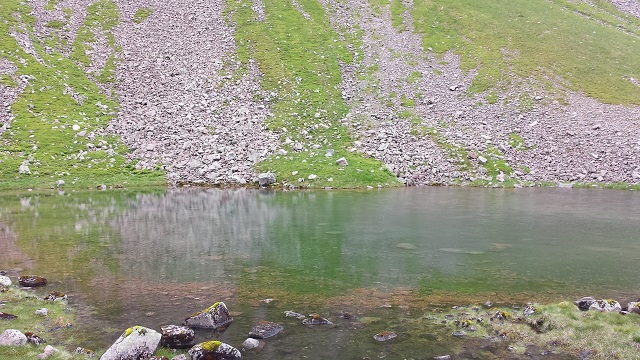 Near the summit of the pass 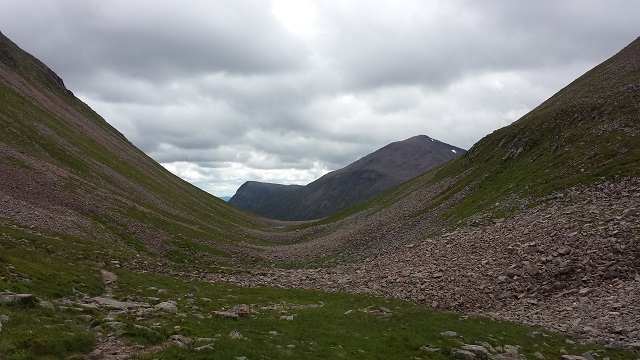 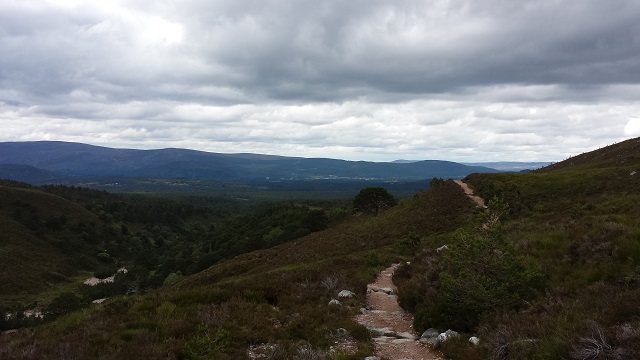 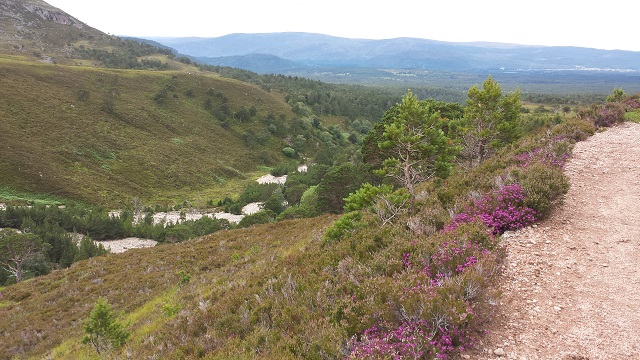 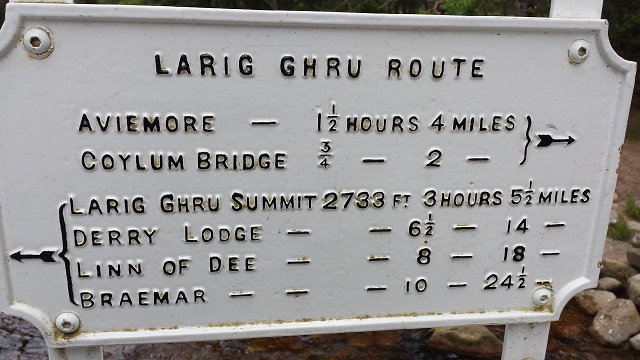 Arrived in Aviemore about 6 o clock so nine hours in total. A great day and the navigation was easy due to the clear weather, I didn't need to unfurl my map at all and I now had a 4g connection on my phone so I knew the Virgin train London to Inverness was running as normal and I had nearly a hour and a half in the Old Bridge before grabbing something from the chip shop for the train home washed down by my last can of beer. 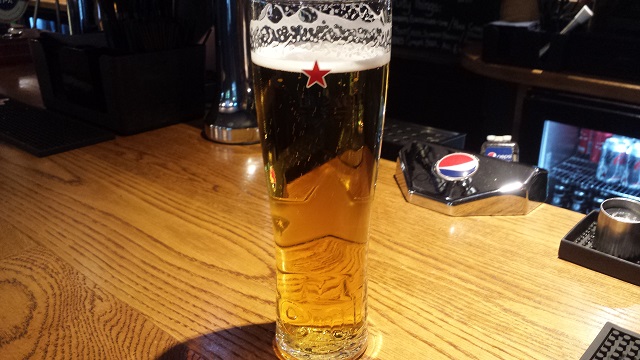 The River Dee not far from its source. I like the look of the ridge up to the Angels peak maybe some other time

Good photos of the area. Its one of my favourite parts of the highlands.

Cheers prog99 I was up on Sgor an Lochain Uaine (The Angel's Peak) last September and had a wander down the ridge for a short distance. Here's a picture of the lochan 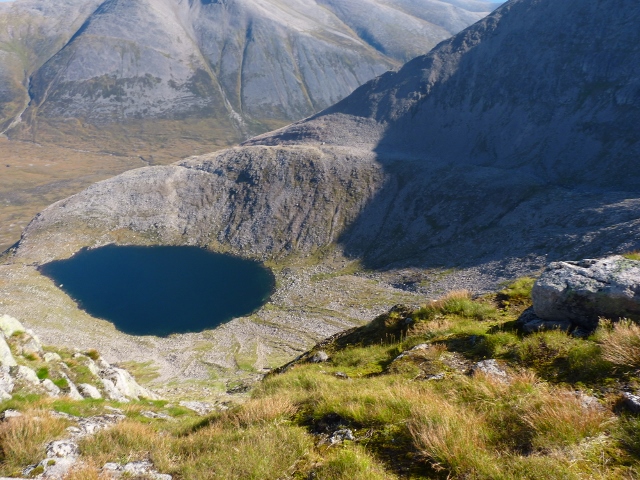 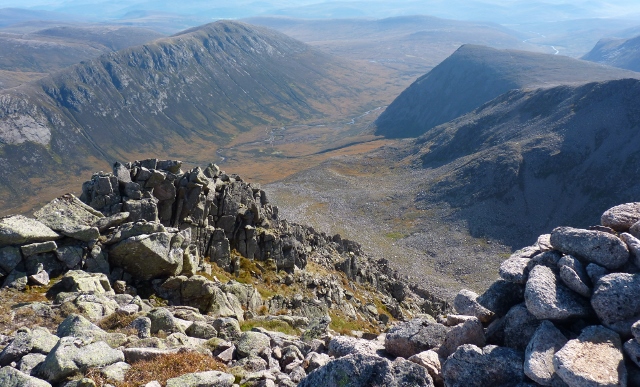 Missed this when you posted it. Good walk, and handy to get a lift round to the Linn of Dee - not quick to get there from Inverness without a car. I enjoyed Carn a Mhaim the other month - I'd forgotten how nice th ridge towards Ben Macdui was. Always nice to get a pint at the end