Having been holidaying in this area for the past 6 years, I kept putting these two off. Maybe because you could not actually see a great deal of them from the road, and even when viewed from Canisp, they did not look that inviting, maybe it was the length of the walk or maybe it was the fact that I had failed to seek a lot of inspiration having read the route. Whatever the reason, I decided this year, that weather permitting we’d give it a go. I say give it a go, as I told a white lie to my Wife and Carter saying it was only 10k in out of Conival with an optional extra 2K if we were to include BMA. Therefore 12K for two munros, Easy!
The reality is, we did do both and it is arguably the best mountain day we have ever had. By the time we got back to the car, My Strava had logged just short of 20K. We were all tired but exhilarated by what we had achieved. Having done Ben Mor Coigach, The Fiddler, Cul Mor, Suilvan, Canisp, Stach Pollaidh, and Quinag, in my opinion, this is the pick of the bunch in terms of the effort that has to be put in and the rewards it gives you.
Great effort by Moley the dog. Tough work on the ridge for her small legs and, although she made it all the way on her own steam, I did put her in the backpack for the return along the ridge and let her out again once on soft ground!
I won’t bore you with narrative, but will let the pictures tell the story and hope it inspires others to do the same. 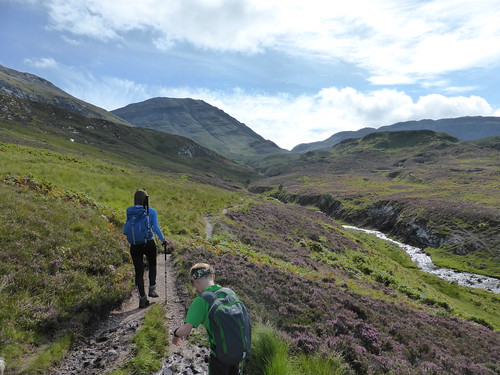 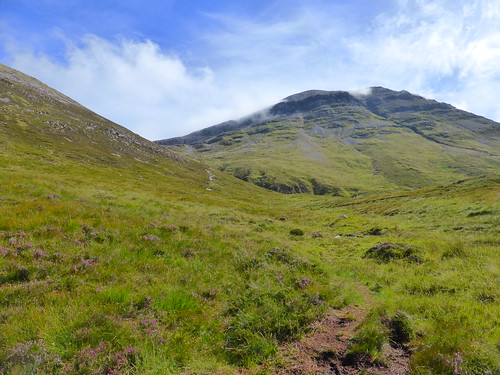 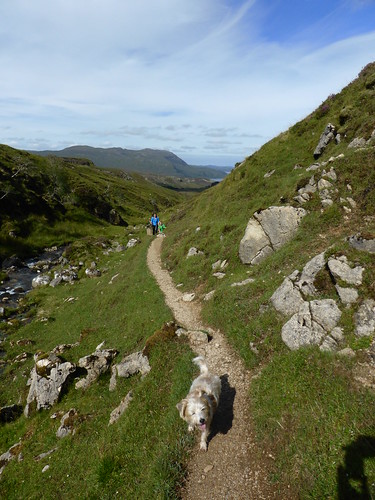 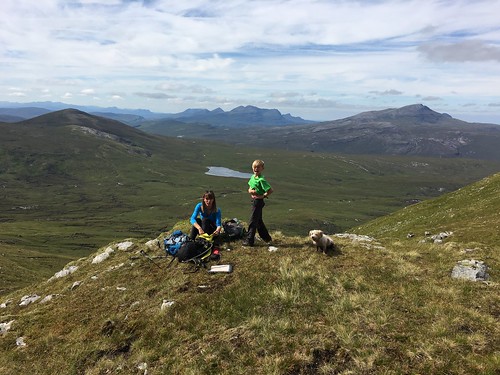 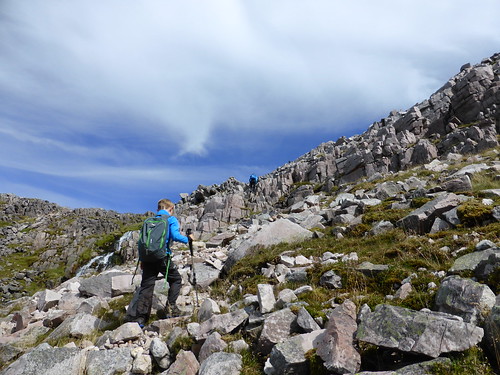 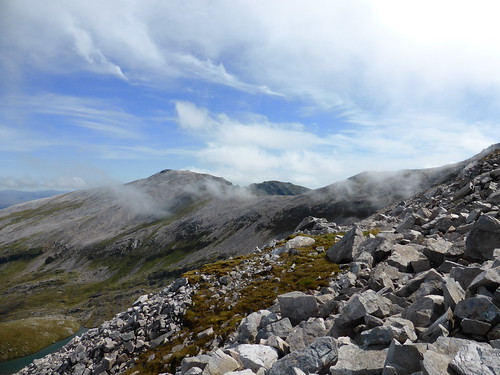 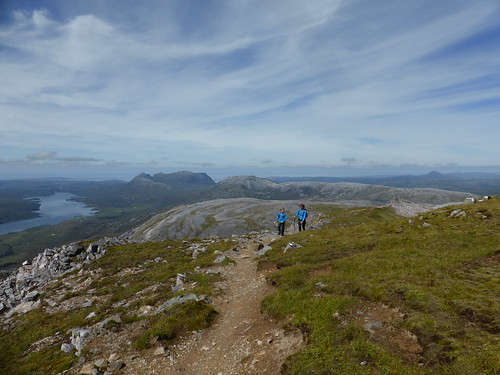 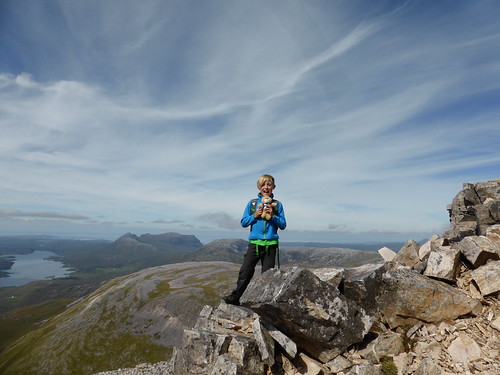 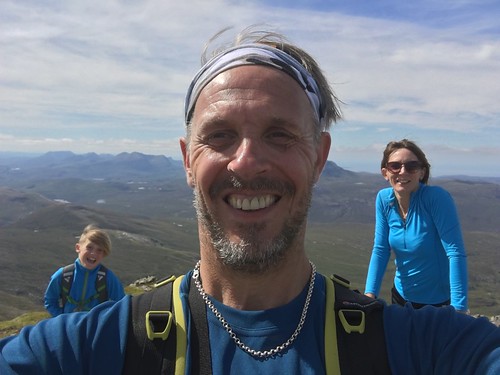 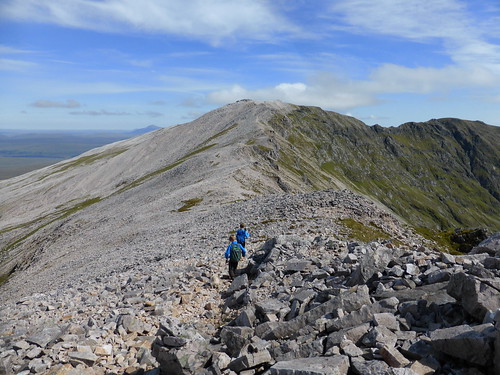 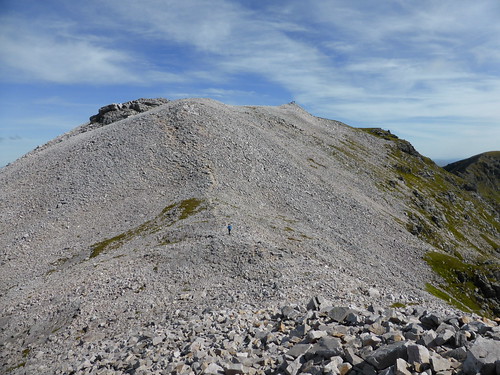 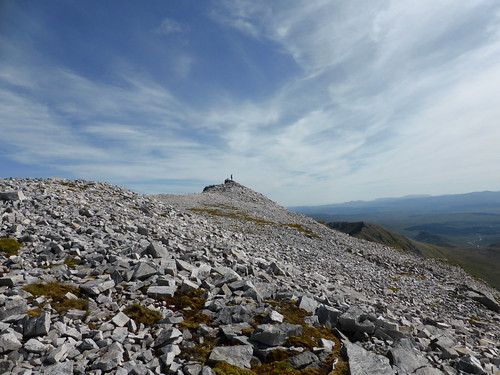 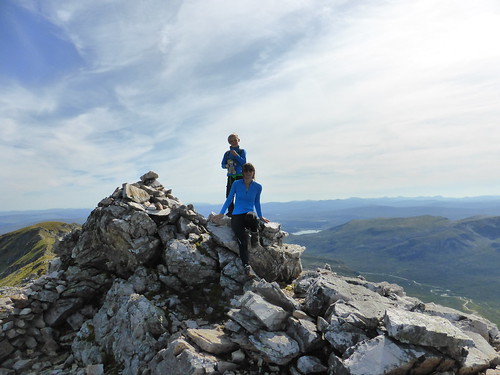 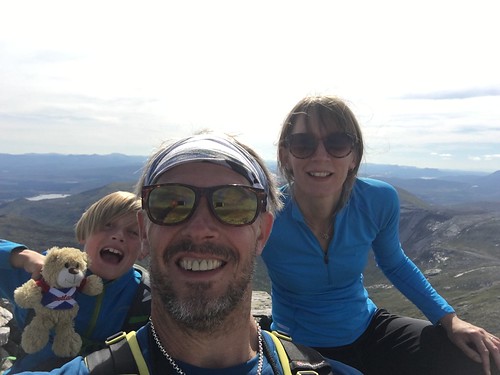 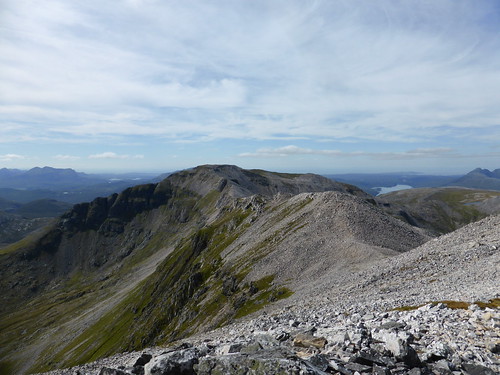 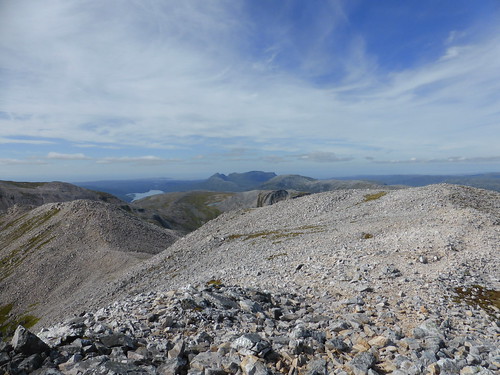 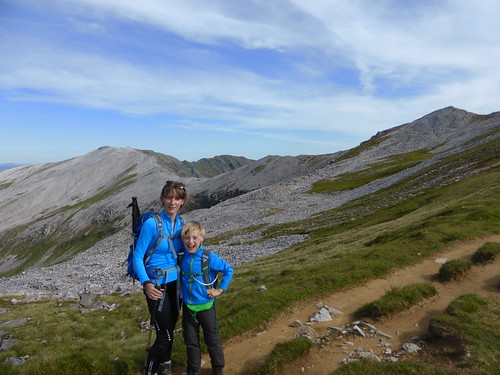 Great report and pics. One of my favourite walks in this area though probably second to Suilven for me. If you ever do it again the ridge out to the south top of Ben More Assynt is a great add on with one part that has a short airy scramble.

Looking towards BMA summit over the scrambly bit of the south ridge. Looks like you had a great day. Attempted this one a few weeks but we had to abort due to poor weather. Looks like we made the right decision. Will save this one for epic weather.

A delightful report. I'm really glad you had a great day and the weather was so good. Of all the mountains I have done so far BMA and Conival has the most spectacular view : from Skye to the Orkneys, you can almost see the whole of the top of Scotland.

I've been putting this off for similar reasons to you, but I think you just convinced me

Some nice photos, it's a fine looking ridge.

Missed this TR the other day, AB.

Excellent pics of a brilliant day and glad you got them in great weather, always helps to bump a hill(s) up a few places in your rankings. We had a reasonable day on these two and probably not the pick of our bunch (though ST's suggested scramble would no doubt enhance it) but, they're all so good up there, for a variety of reasons.

For example, Quinag (traversed from the NW) probably edges it for me but, love Breabag as well, not because of the hike but, for the views it offers you of all the other iconic summits there.

Anyway, you probably couldn't have chosen a better spell for your holiday, cheers for sharing the photos.

Thanks for the responses.

Would have been great to descend by the ridge in your photo ST, but would been have pushing my luck with the wife and carter!

Make sure you pick a good day for it BH, its worth it.

Your recent report, WC, was part of my inspiration for doing it, so cheers!

No excuses Bob, go for it

Thanks BV, Breabag did look like an excellent vantage point and is one of the few I have yet to do in the area. Next year, hopefully.

That looks fantastic in good weather. Attempted this on Tuesday but had to bail on Ben More Assynt due to the weather :/

Great photos of a great walk!