The weather was supposed to improve as the day went on so there was no incentive for an early start for a wee trip to Glenshee. 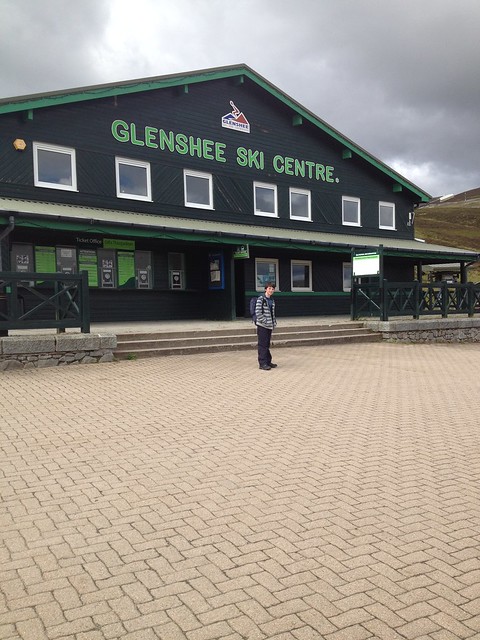 Bob Beag and I had our boots on and were out the car by 11:40 am under grey but high clouds. The plan was to head up Carn Aosda first then Carn a' Gheoidh and then onto The Cairnwell before heading back to the car.

We headed by some workshop type buildings and started to head up the hill following some chair lift pylons. This took us near the Octagonal café where we joined the wide stone path. Rather than follow this up to the left we followed it straight up the hill. Bob's boots were rubbing his heels and causing some pain so he quickly started to lag behind. 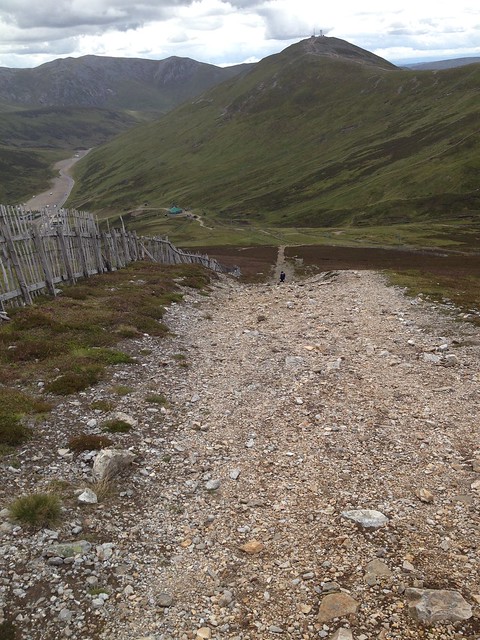 I re-tied his boots for him to try and lock his heel better, but the damage was already done. Nevertheless, he continued on and made the summit if Carn Aosda. 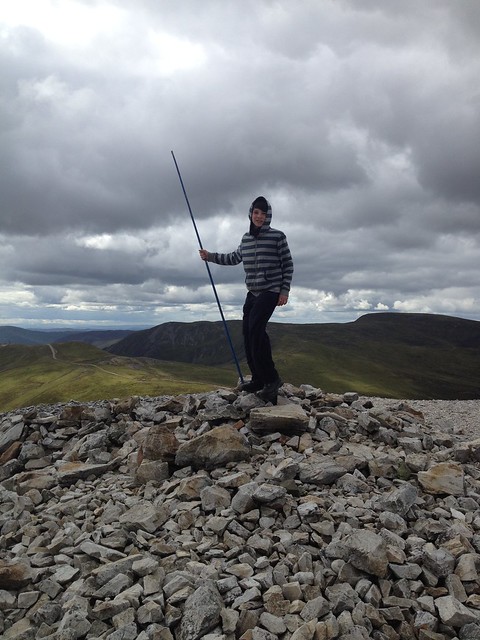 Bob's sore feet left us with the quandary of what to do. He decided that he'd head up The Cairnwell while I went off to Carn a' Gheoidh and we'd meet back at the car. Given the weather ok and visibility was good I was happy enough to let him wander off on his own when we reached the bealach. Not wanting to leave him on his own for too long I picked my pace up to complete the rest of the walk in good time.

Compared to the ski area the walk along the rocky top of Coire Direach was pleasant and the views back to Carn Aosda were grand. 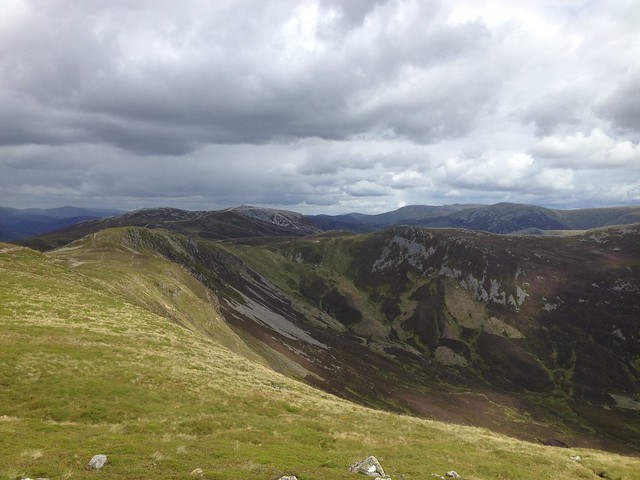 Near Carn nan Sac there were a few mountain hares running around. I only had my phone with me for a camera so my photo is rather poor, but it was nice to see some wildlife. 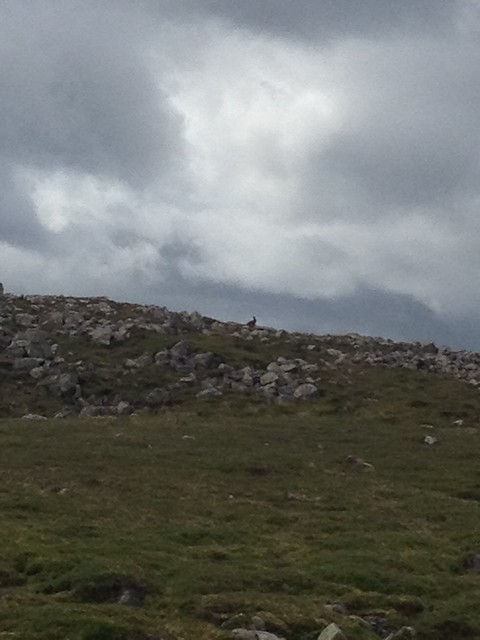 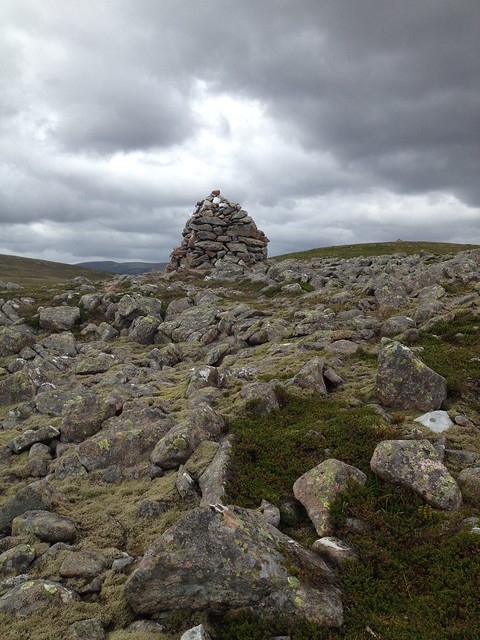 As I headed toward Carn a' Gheoidh a light shower blew in so out came the waterproofs. 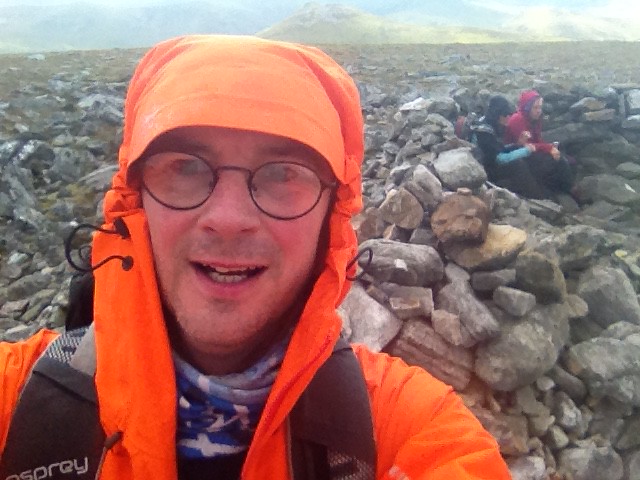 (At the summit of Carn a' Gheoidh).

Aware the Bob Beag was on his own I sped back in a more direct route to head up The Cairnwell. Rather then head all the way back to the main path there was a narrow path that headed toward the summit that then joined the main path not too far from the chair lift hut. The summit was quite busy with walkers and those who had come up the chair lift coming and going. The summit as everyone forewarns is an ugly place. but the view over to where I'd just come from was wonderful as was the view south back down the glen. 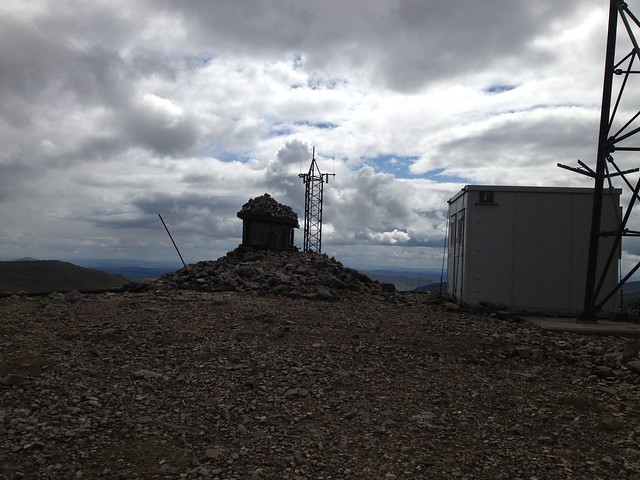 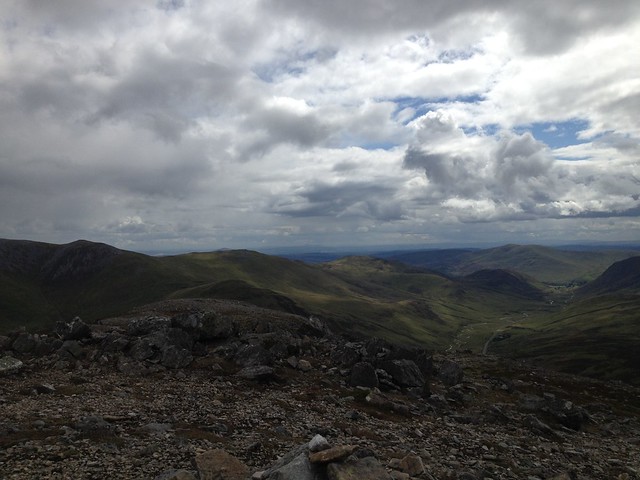 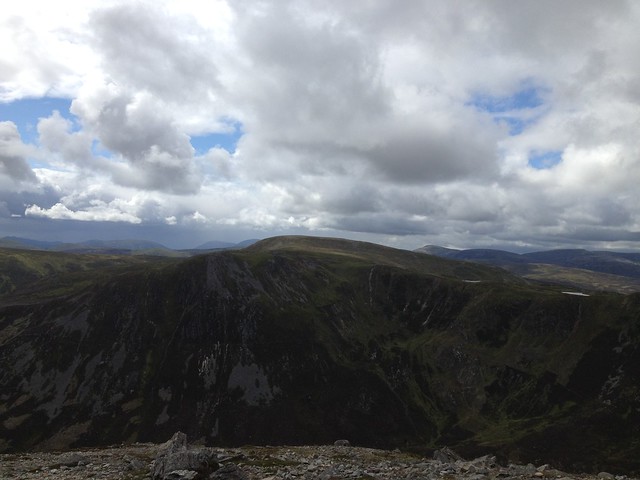 Rather than head back to the bealach I went 20 yards past the chairlift hut and then headed straight down the steep slope toward where the chair lift stared from. The heather and ground under foot was nice and springy which helped with the old knees and hips. I managed to keep pace with one of the chairs with people on it so they were a little surprised to see me at the bottom at the same time as them.

Bob was waiting in the car and had enjoyed his wee day out.