Another weekend, another shortish day out required. I had planned to head SE for another bothy trip with Stuart, but this got cancelled. Weather was looking better in the NW anyway, so I resurrected one of my alternative plans from last weekend. In order to stretch my legs a bit and make it more interesting, I decided to add Iorguill onto the route as well. I thought Beinn Dearg itself would probably be a step too far given that I didn't set off until after 11am.


Map.gpx Open full screen  NB: Walkhighlands is not responsible for the accuracy of gpx files in users posts
The sun was shining as I parked up at Braemore Junction, but it was pretty chilly. Quite a contrast to last weekend, or even yesterday. I followed the signed route onto the hill, then cut off the trodden way fairly soon to head up Meall Doire Faid. Steep and heathery, but with great views back to An Teallach. 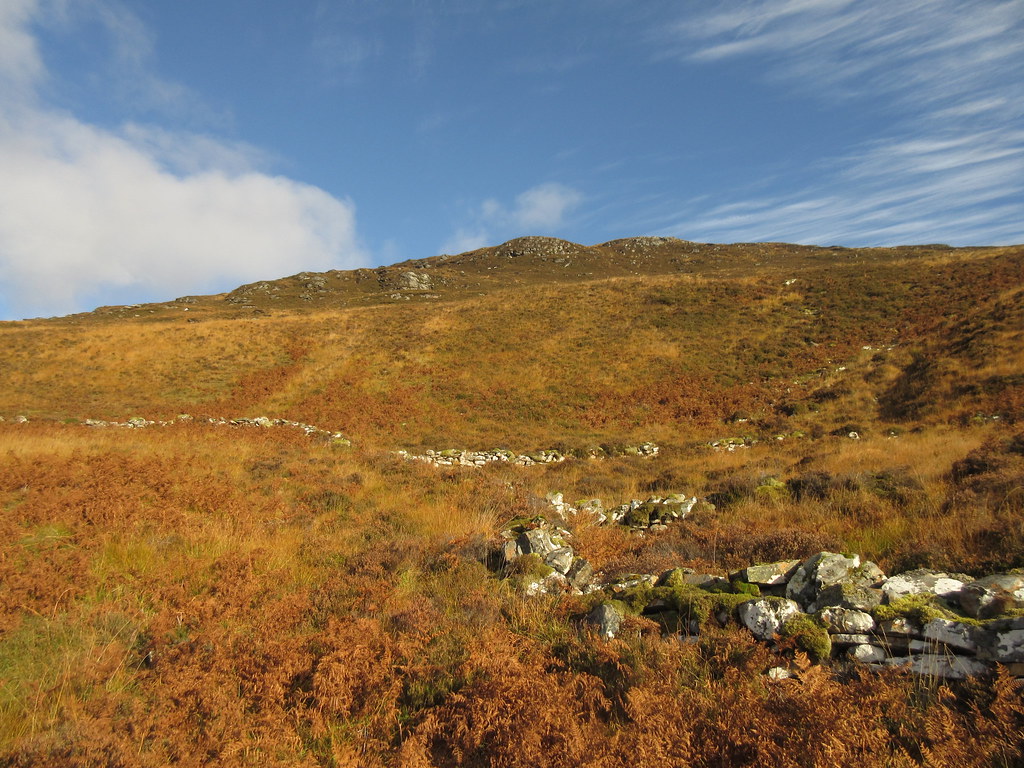 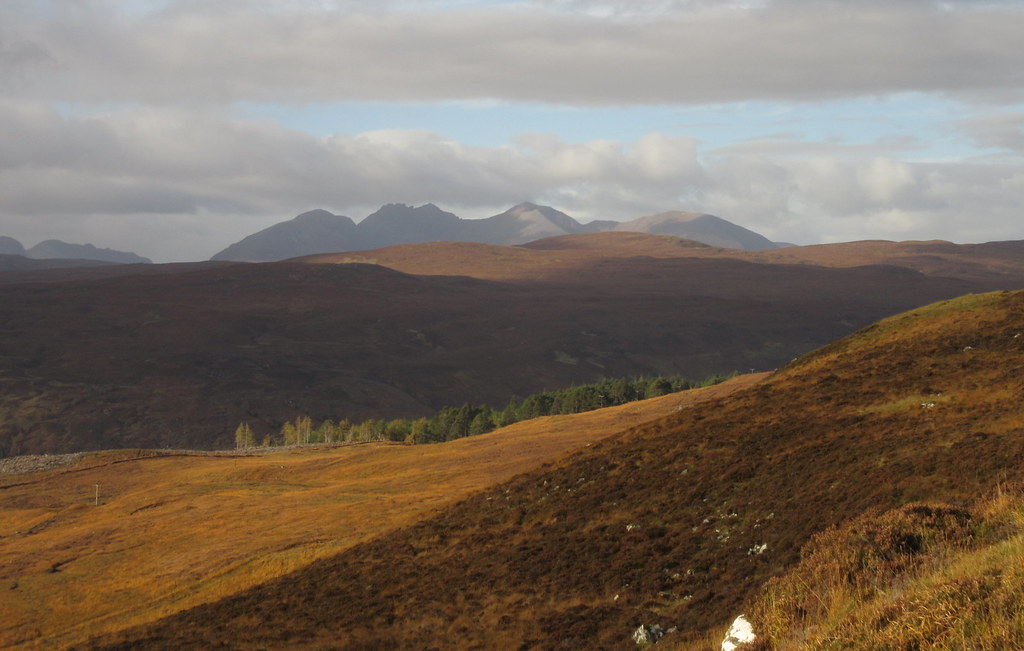 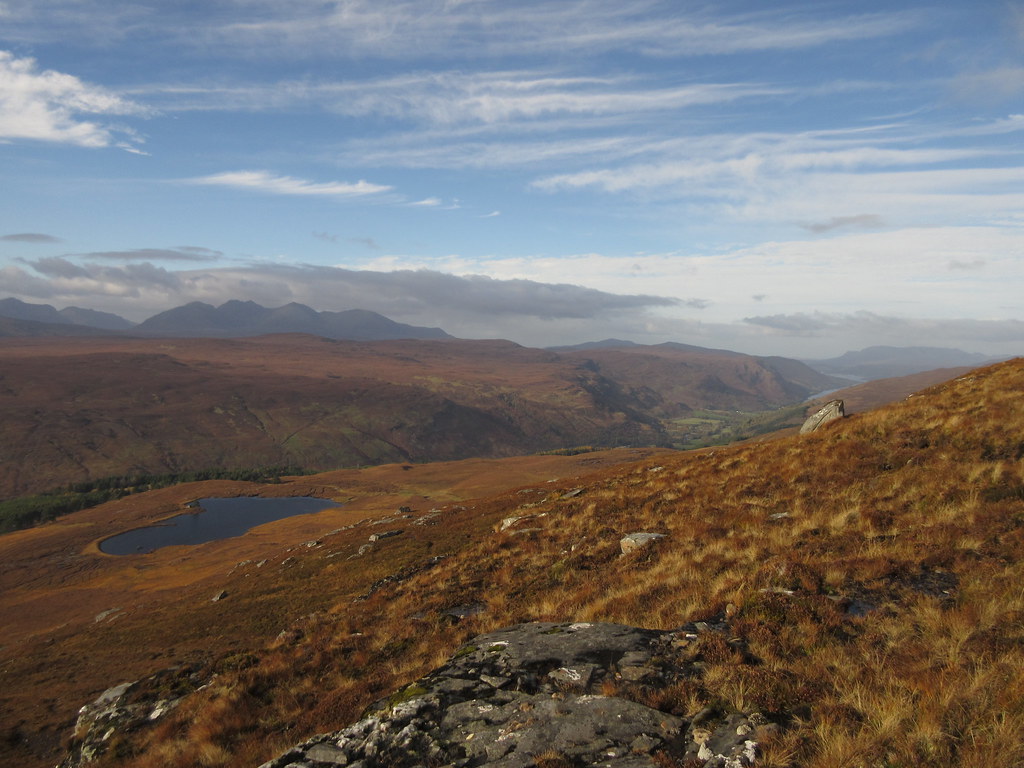 An Teallach across Home Loch 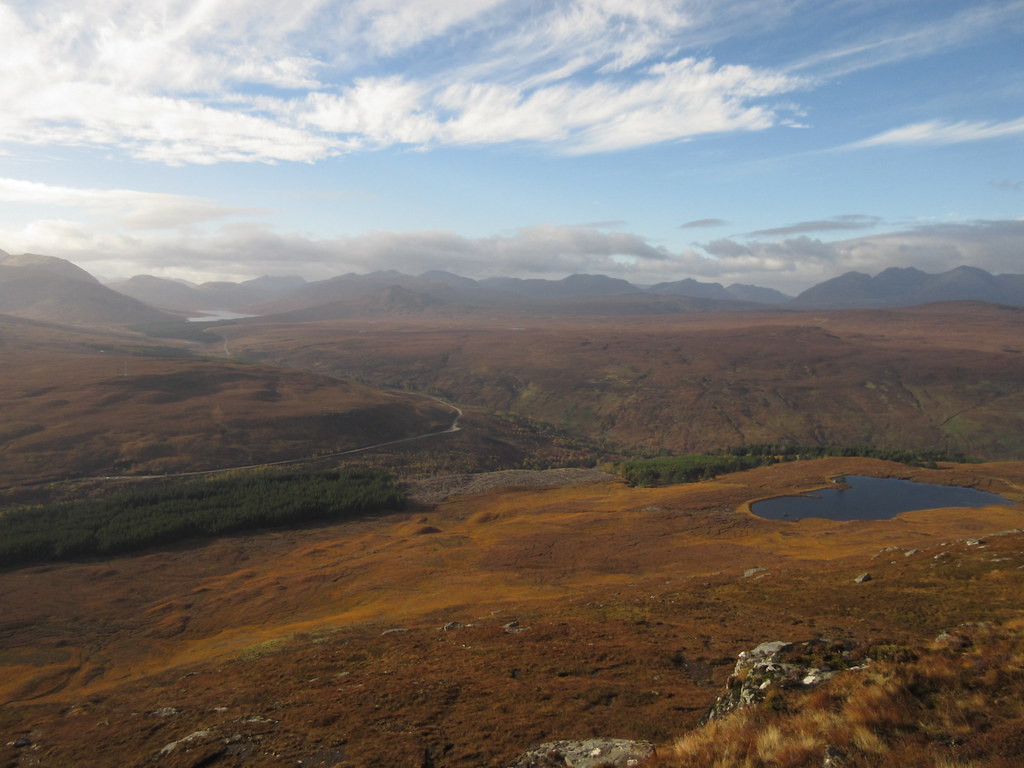 Nearing the summit, I spotted another person approaching on the SE ridge. This had been my previous direction of ascent in 2009, but it looked a lot more pleasant today than it had back then! 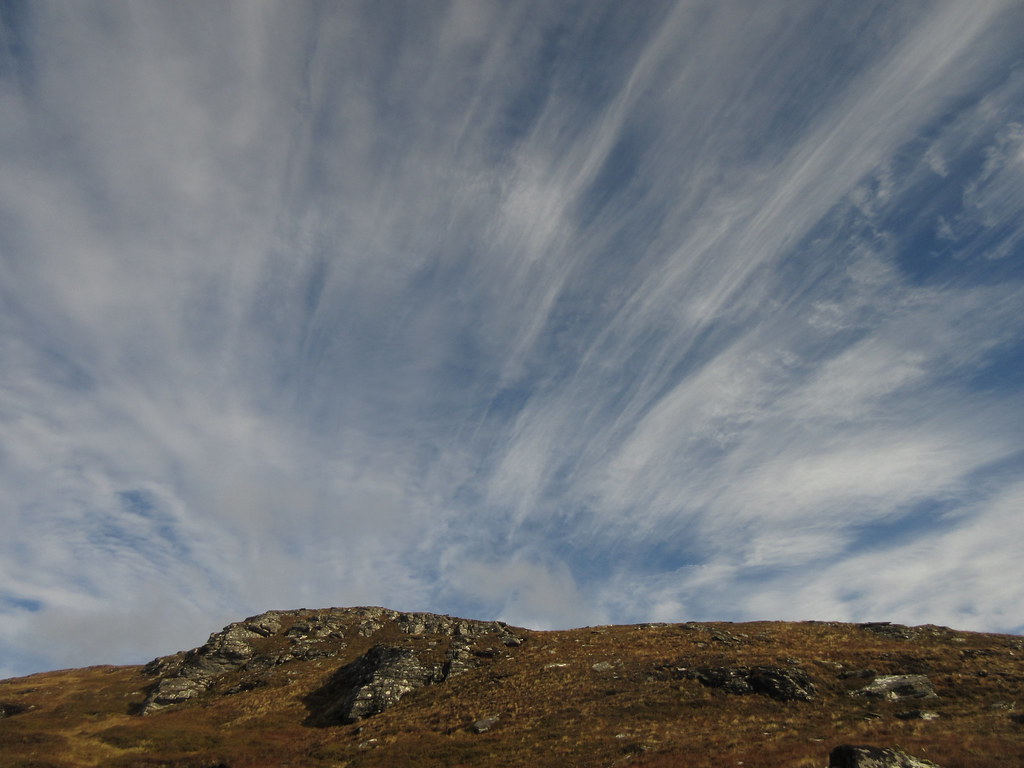 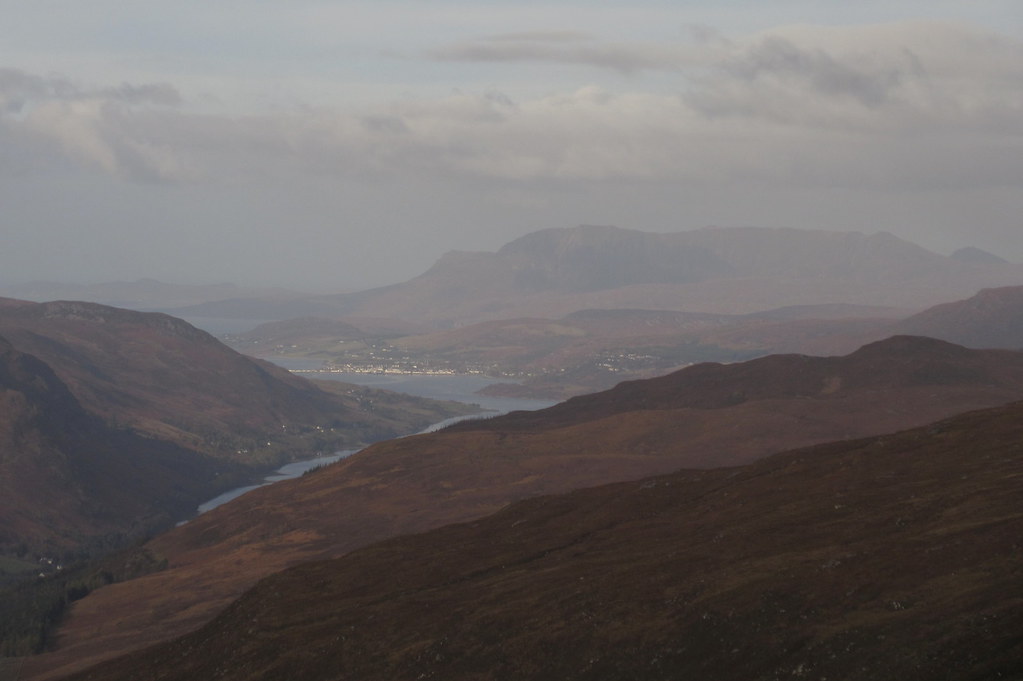 One person turned out to be 3, who were just making a short ascent of this hill before heading south at the end of the weekend. This hill is a good viewpoint for not too much effort, and actually quite a lot more rocky than you might expect, and care needs to be taken to find a route down to Bealach nam Buthan through the crags. 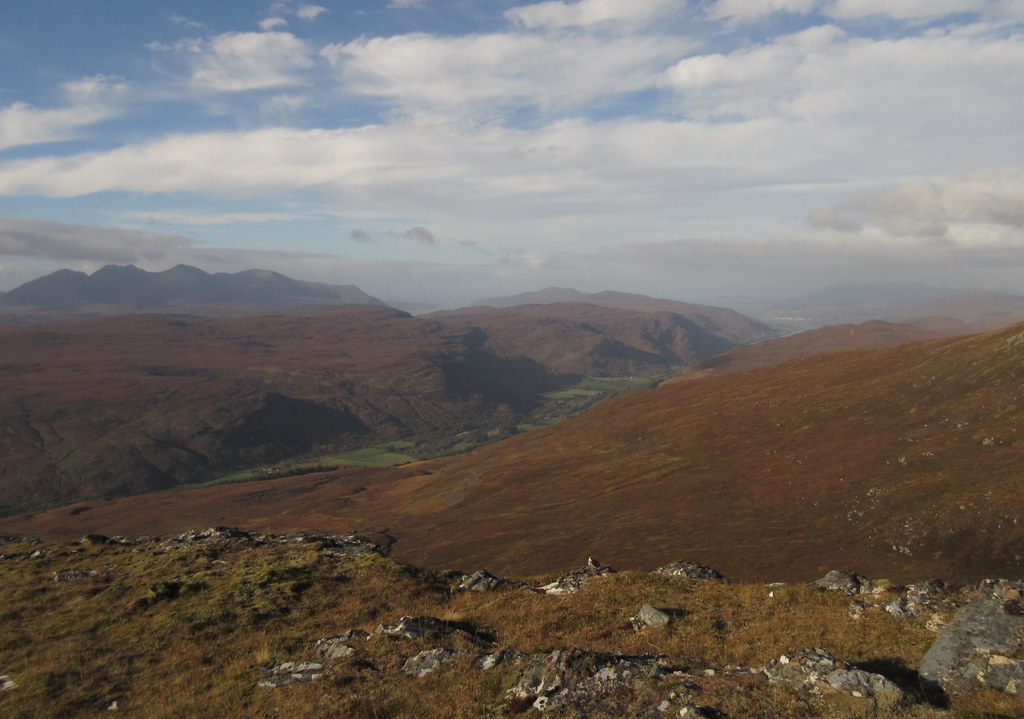 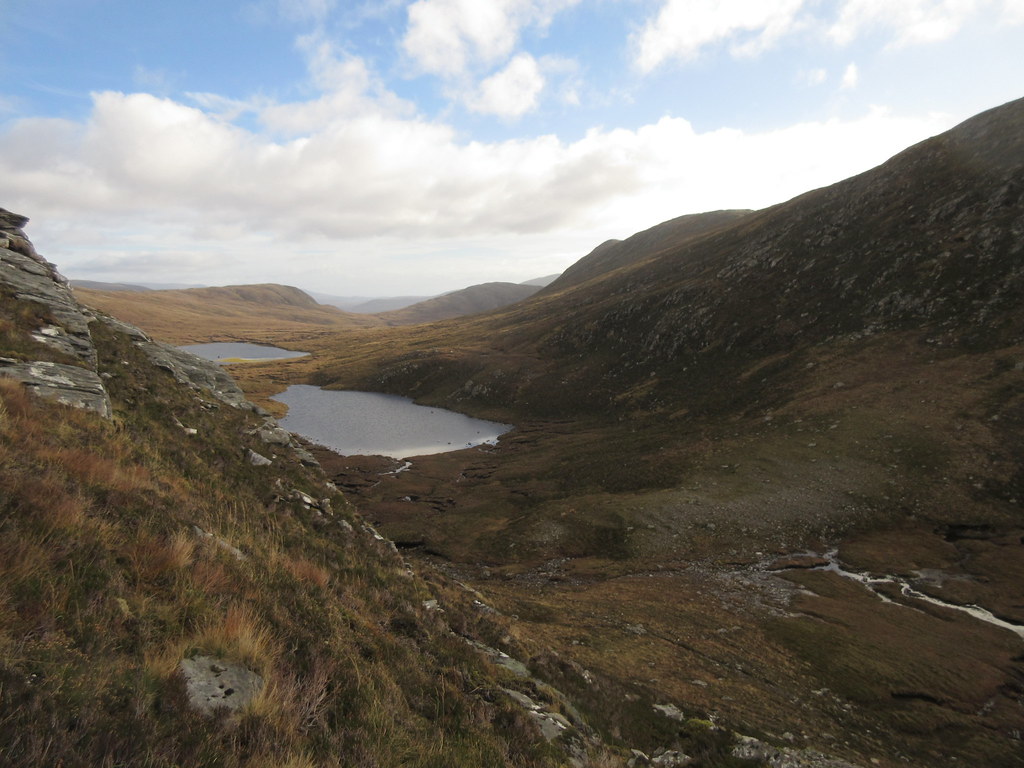 After crossing a good path, the initial start up Beinn Enaiglair is pretty steep and heathery for a short while, before becoming much more grassy underfoot. The summit provided more good views. I had often suspected that it would, but my previous experience of heavy rain, strong winds, no views and frozen fingers left me with few good memories! 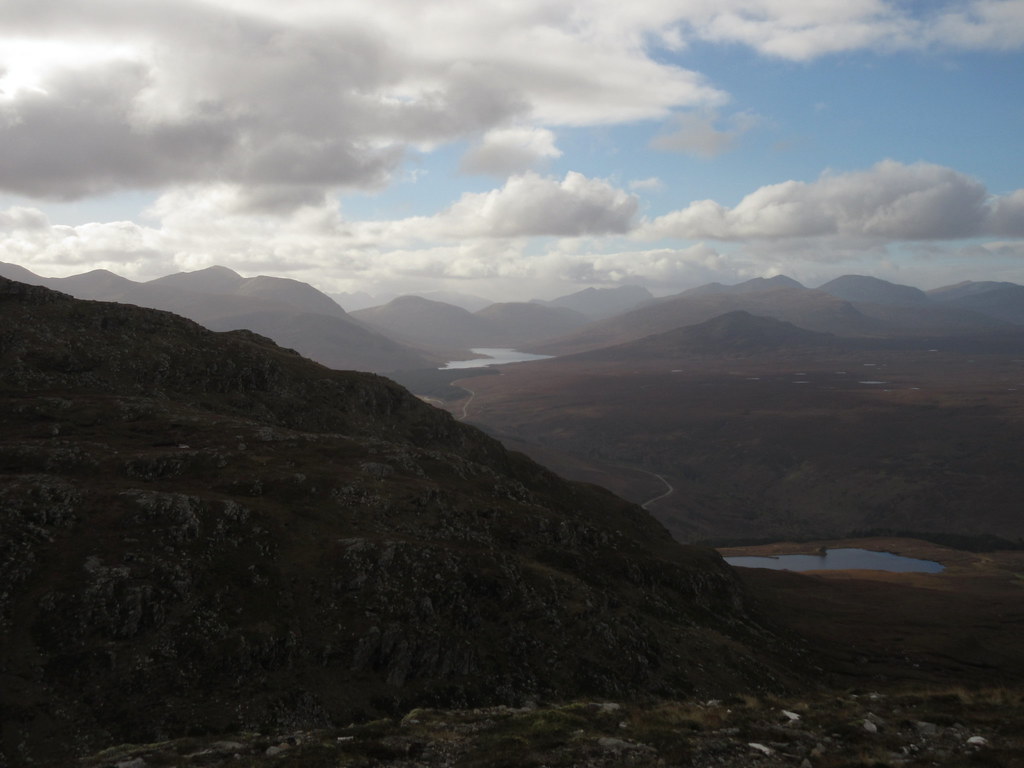 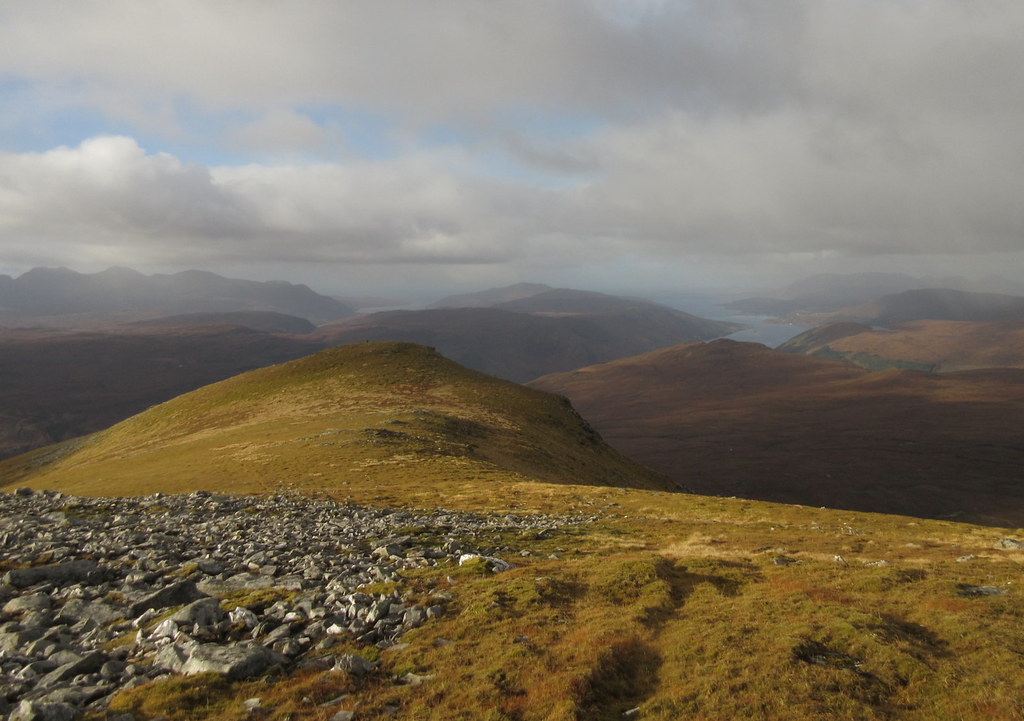 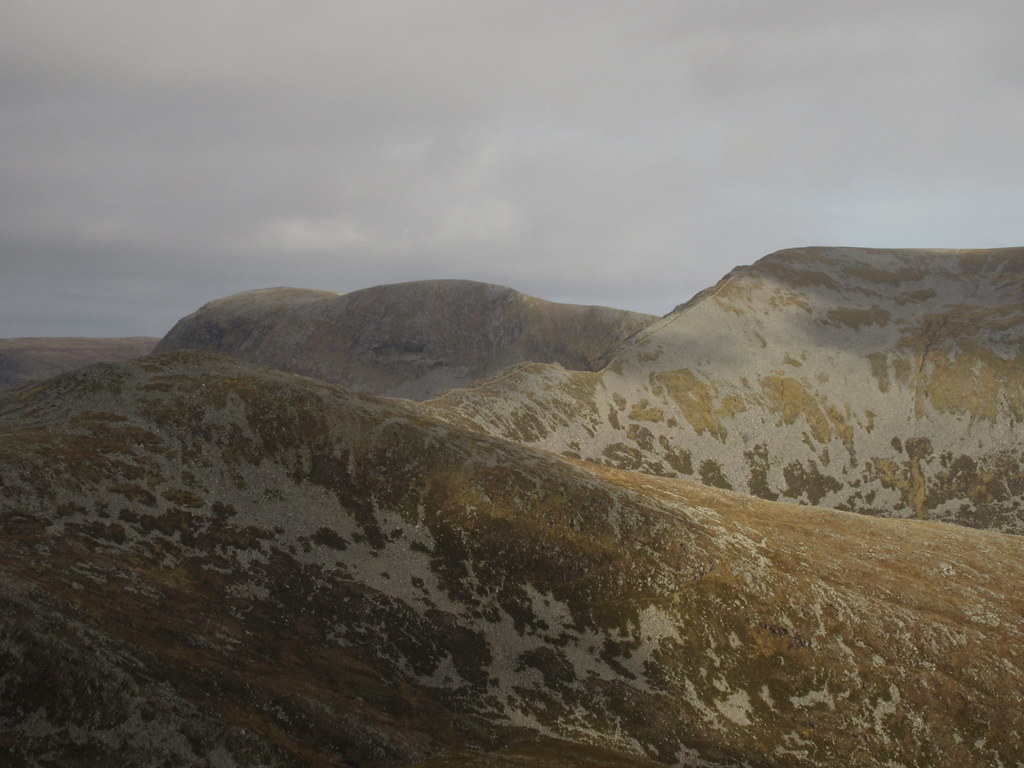 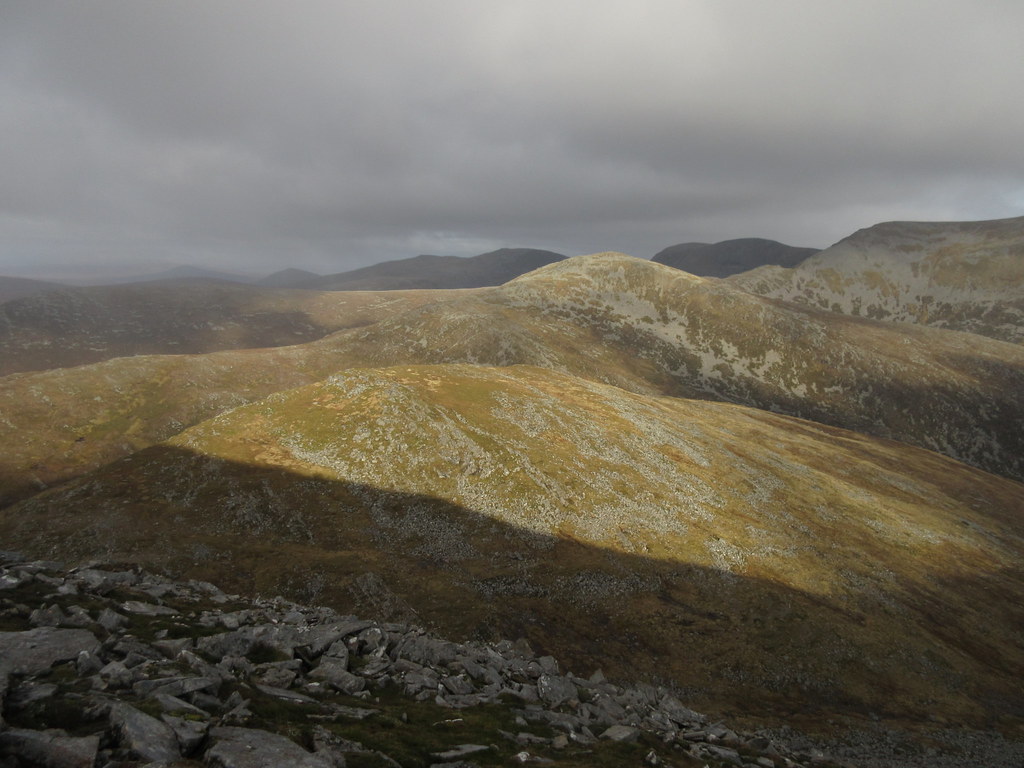 I had vaguely remembered someone saying or writing that the descent towards Iorguill was pretty nasty. Bearing this in mind, I headed SE a short way before dropping down across the intermediate bump of Creag Bac na Faire. The going was steep over loose scree, but it was definitely am improvement on the more direct route from the summit. Too late, I noticed that if I'd headed a little further SE, I could have picked up an unmarked stalkers path which zigzagged down the slope not that far from my descent. One to note for the future (although it misses out Creag Bac na Faire). 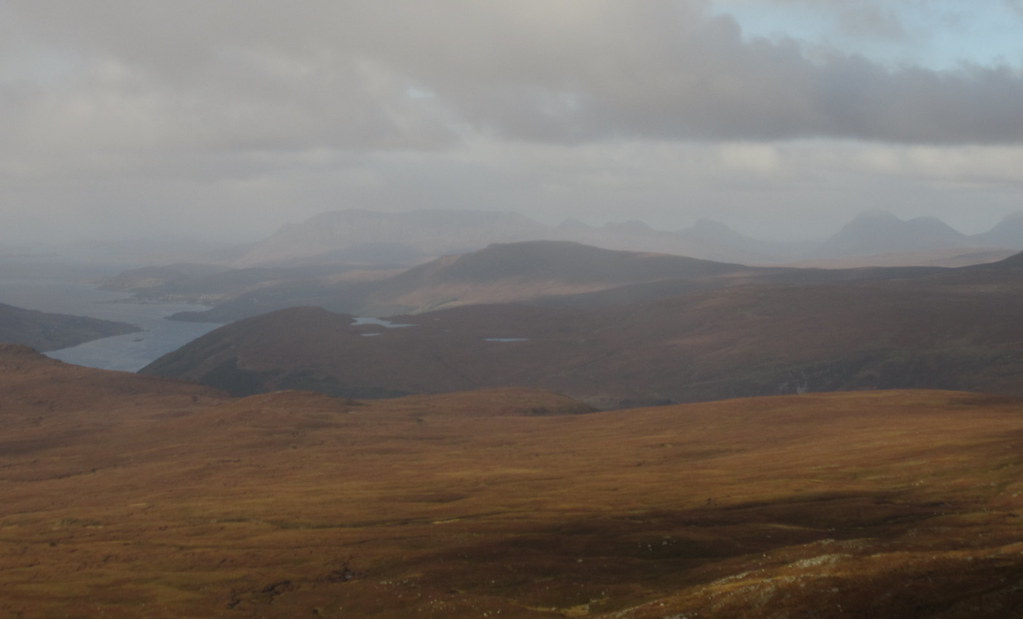 The Beinn Dearg hills had picked up some of the afternoon sun and looked great, even from their less interesting side. There were a couple of outcrops to dodge on the way down to the col, which was much more varied and interesting than it looked on the map. I could spy another unmarked stalkers path leading up Iorguill. I wondered how far up it went. 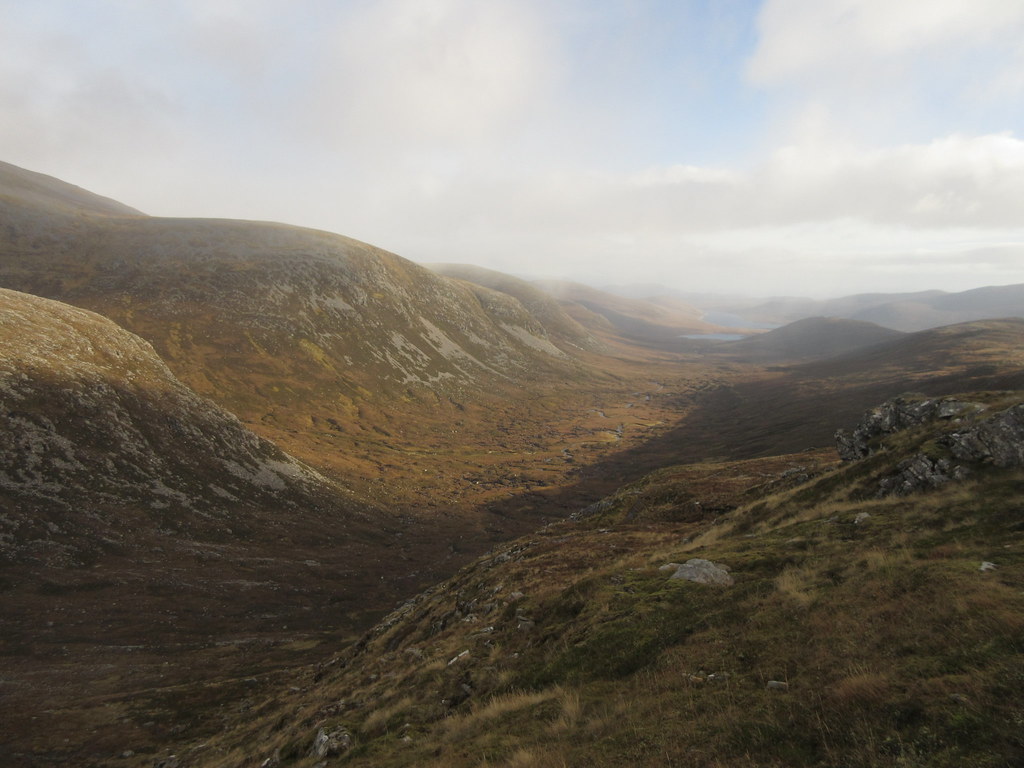 Turned out that it went all the way to the top, although it was a little hard to trace where it went through fields of stones. It made for a nice leisurely way up to the summit, just about spotting a couple of ptarmigan on the way. 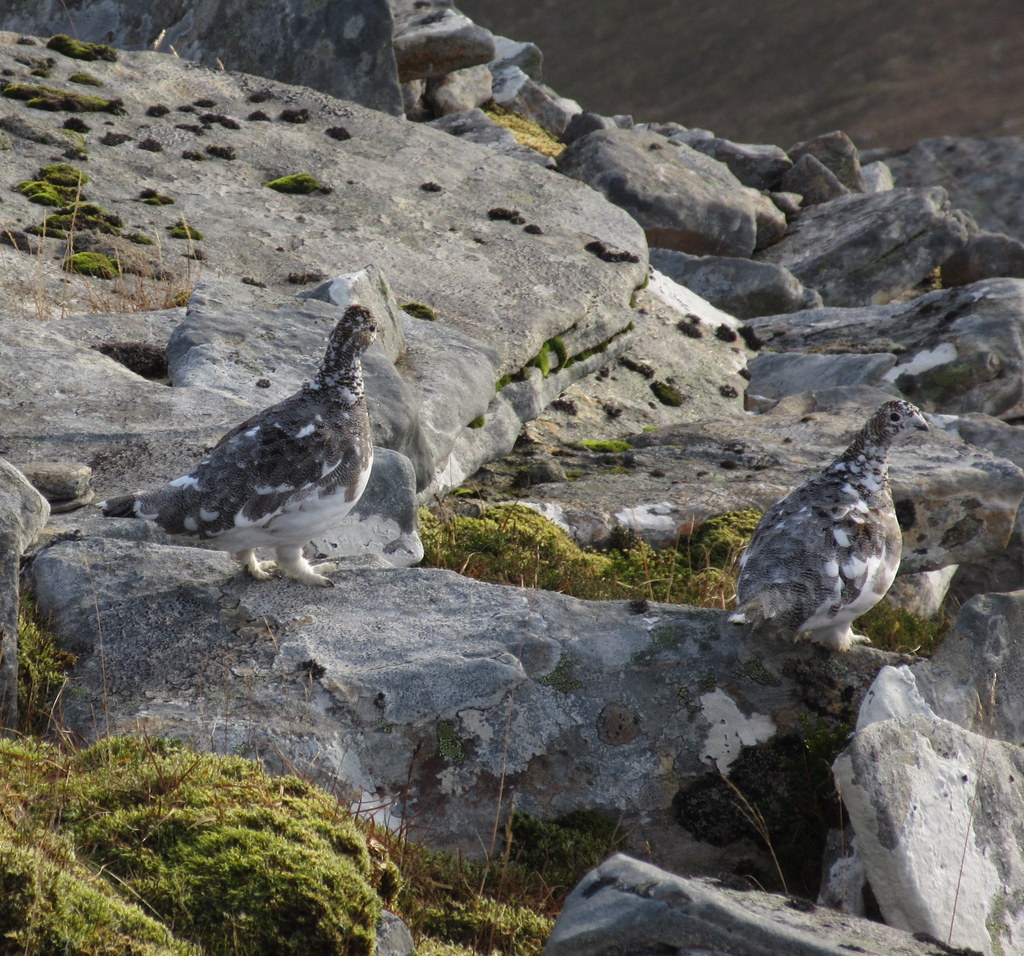 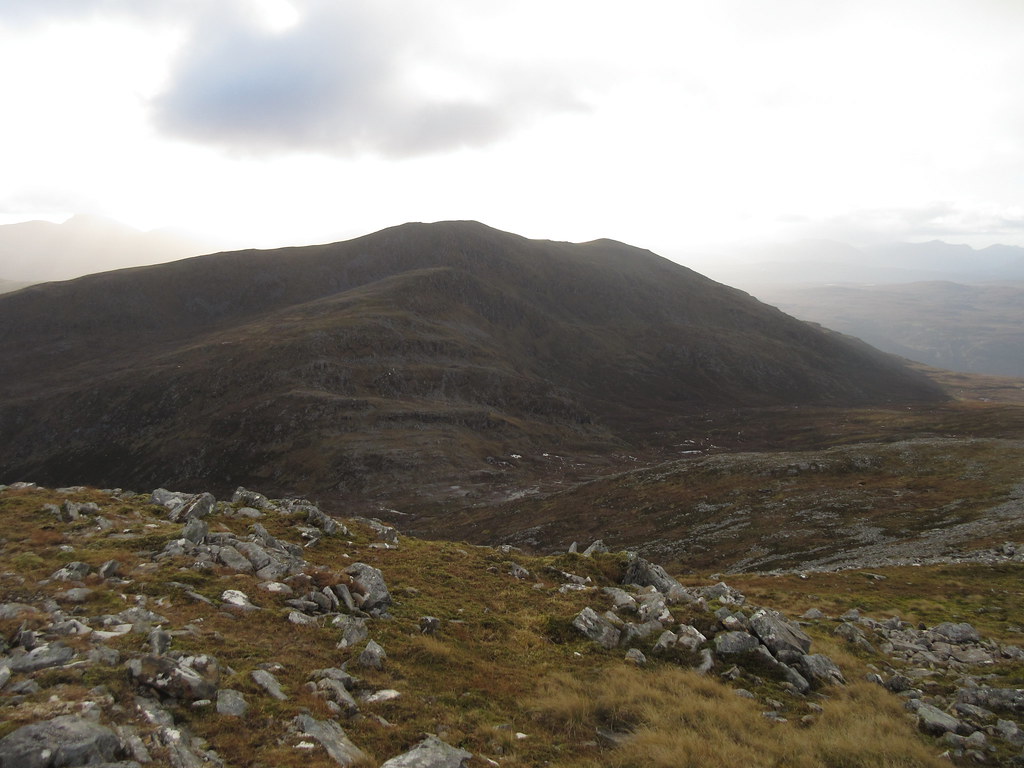 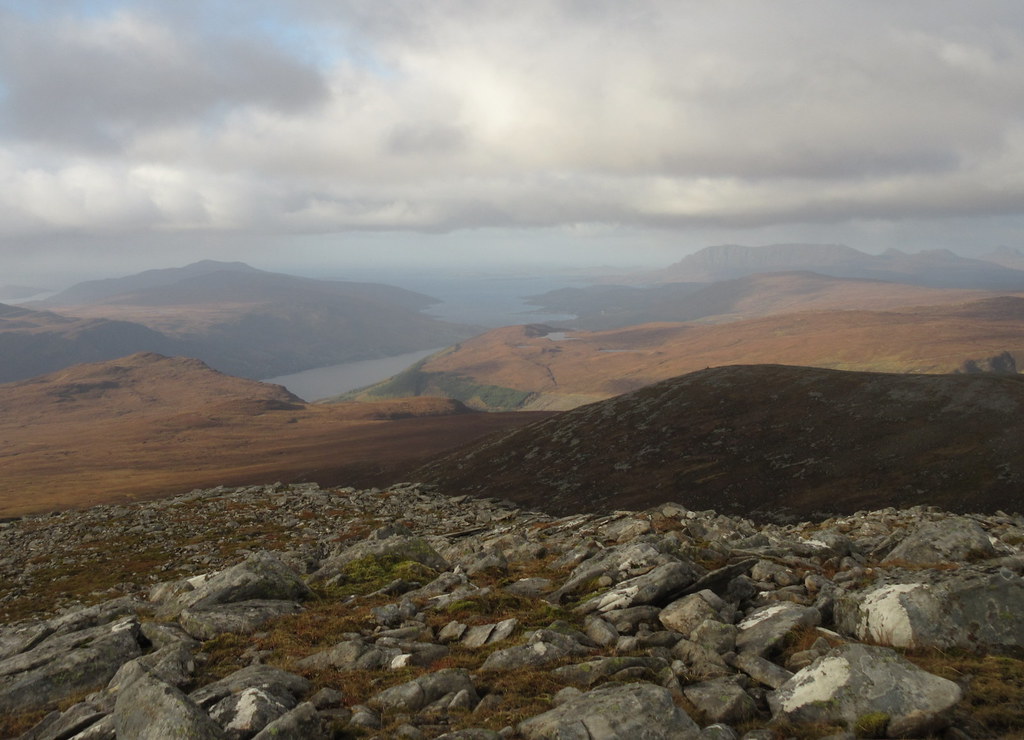 I was going to stop on Iorguill, but decided to carry on to the wall on Beinn Dearg, where I hoped to have good views into Coire Mathar Lathail. A bouldery descent led to easier ground and the lower summit on the ridge. 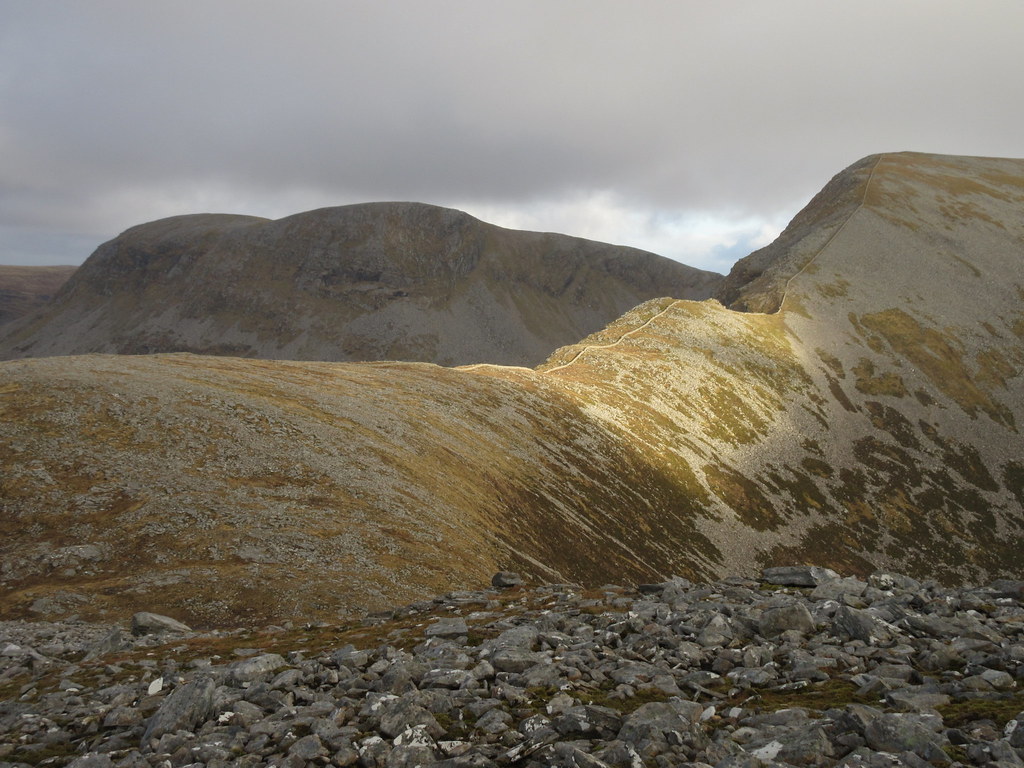 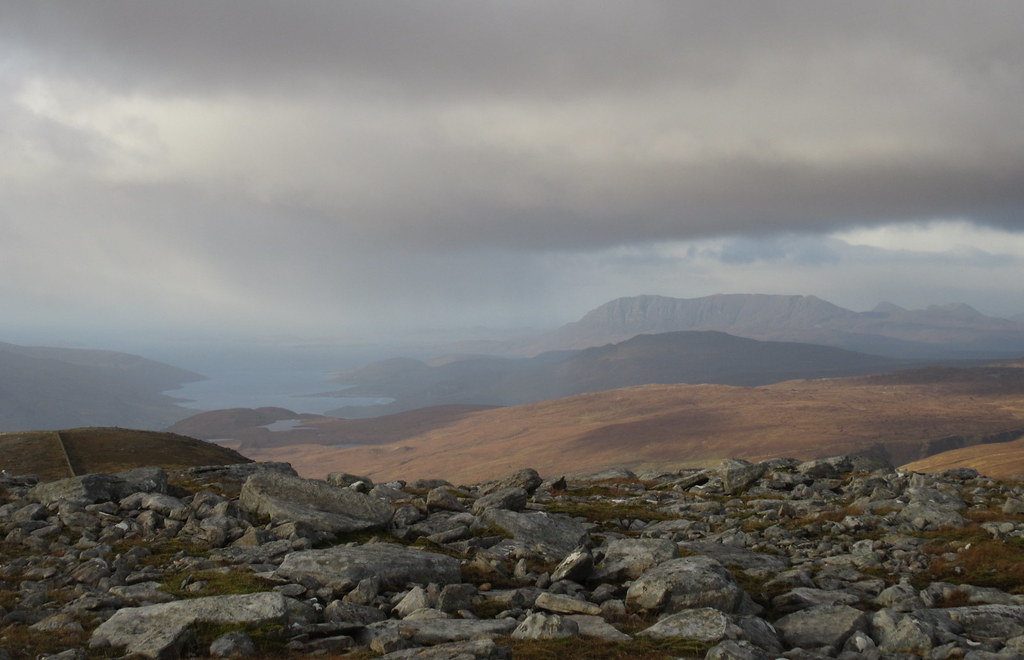 What a great spot, definitely improved by the re-emergence of the sun. As I had a late lunch, the edge of a shower caught me, but instead of getting wet, a couple of snowflakes floated benignly down. As I looked into the corrie, I could see a couple of walkers. They were heading upwards, which rather surprised me given that it was getting on for 3pm and the clocks had changed the night before. There were still a couple of hours of daylight left, but they were moving very slowly. Perhaps they intended to camp. 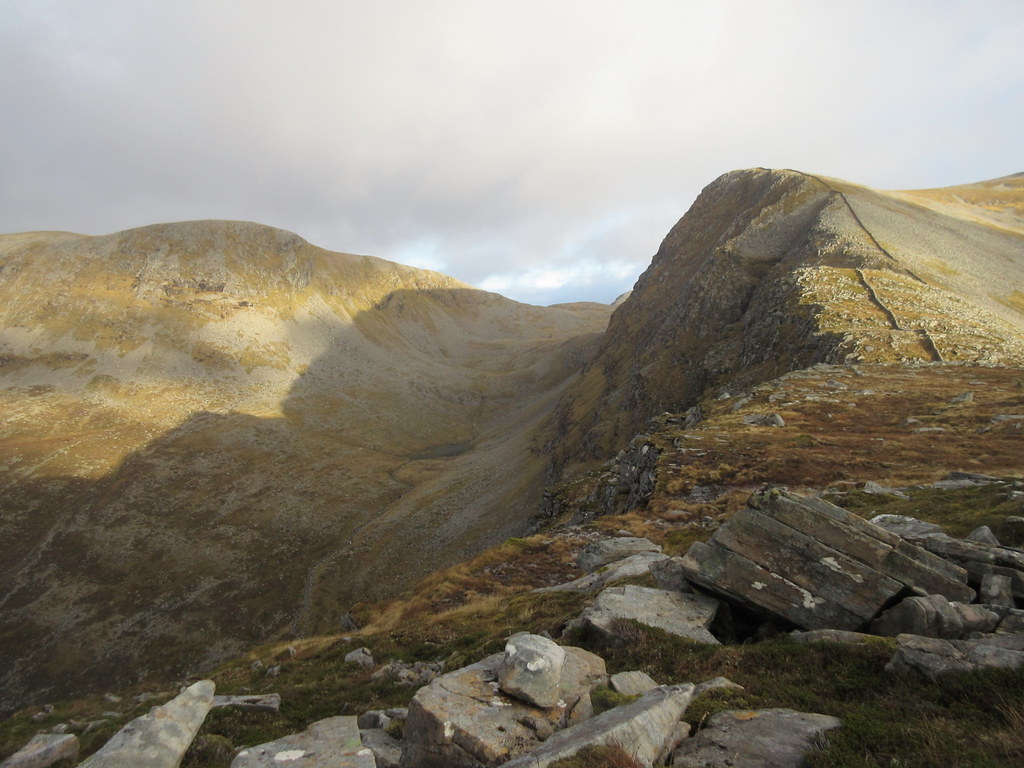 Coire Mathar Lathail and the wall 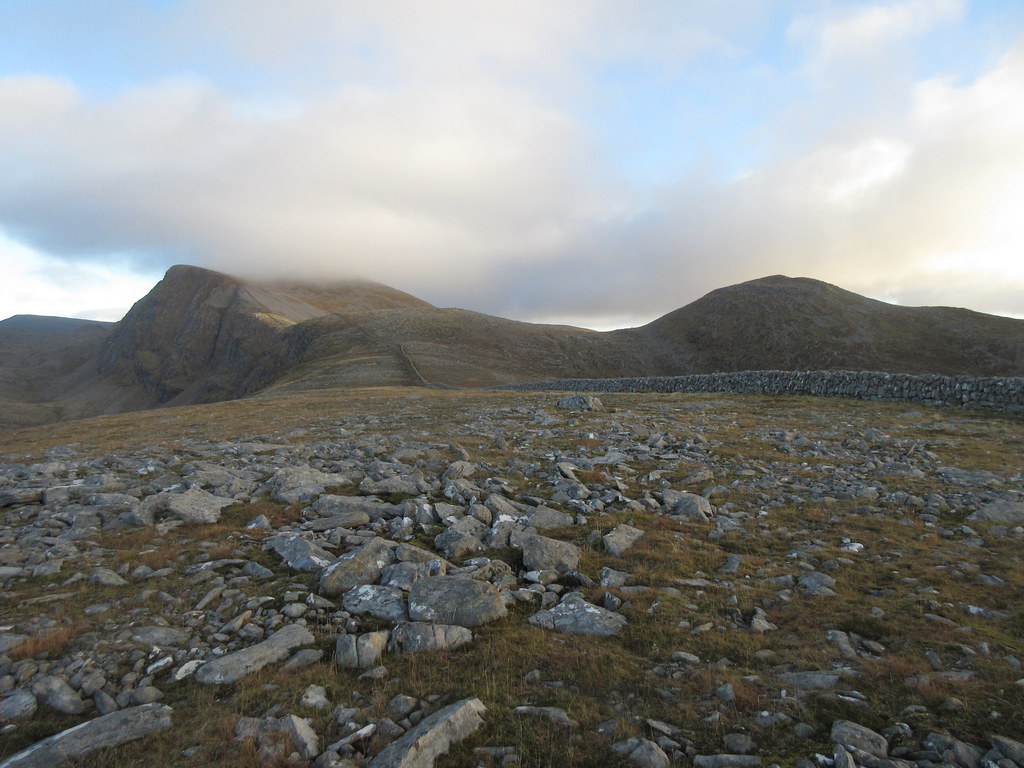 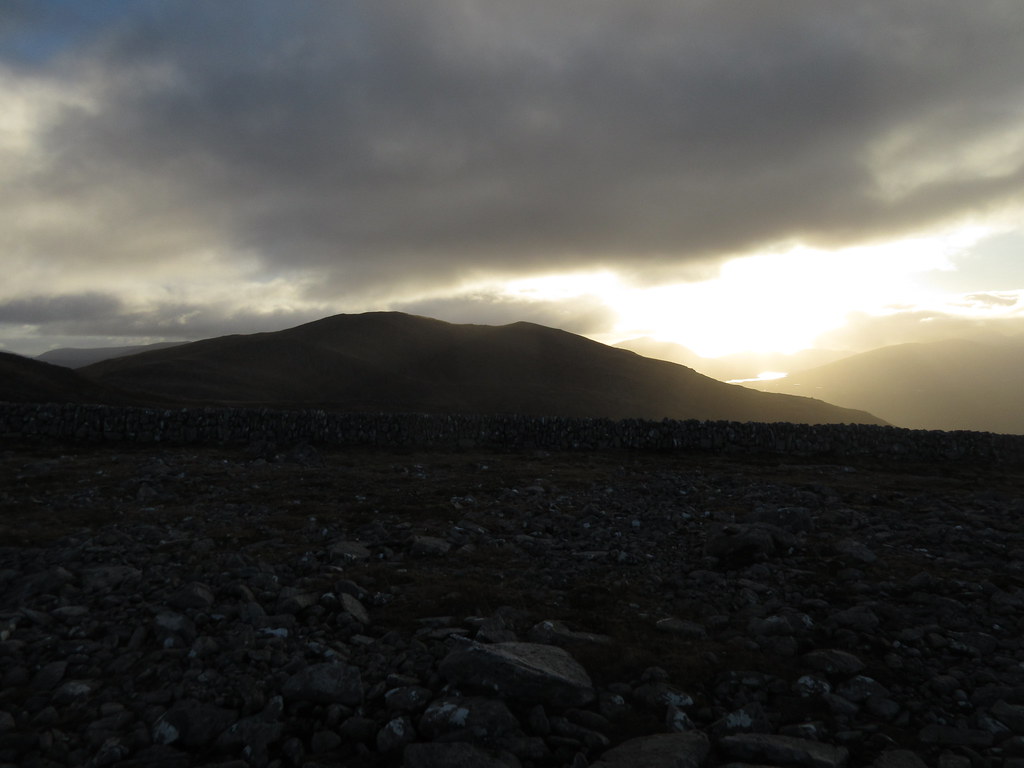 Moving on, I stuck to the north of the wall and enjoyed the sun as it fell on various hills to the north, a few at a time. At one point I had considered heading for Sail Mor instead, but I didn't think the coastal views were up to that much today - probably better where I was. 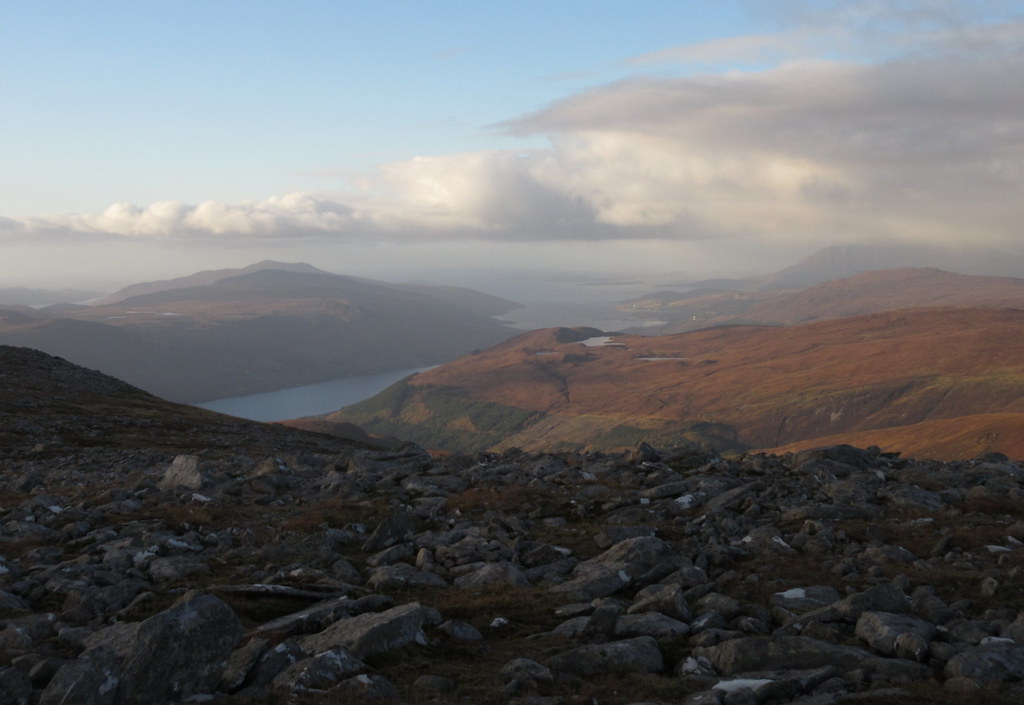 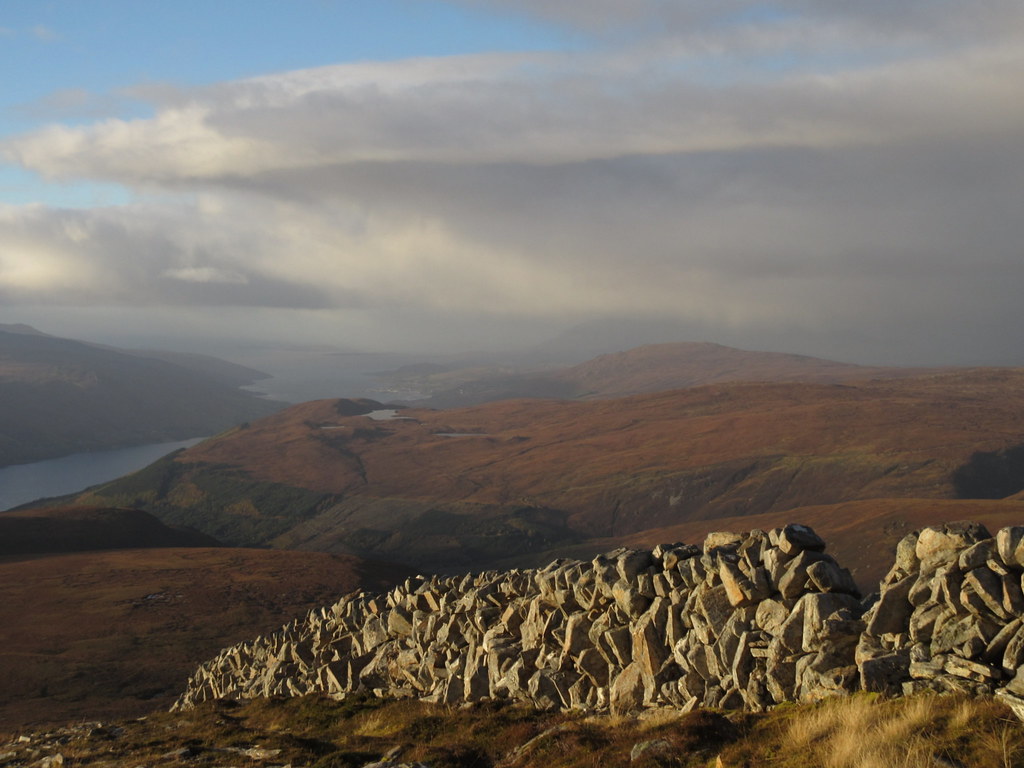 Dropping down easy heathery slopes from Meall Breac, there was a spell of rougher ground before I picked up the stalkers path back to Braemore Junction. Once on the path, I was hit by a brief shower - rain this time, and a nice rainbow. 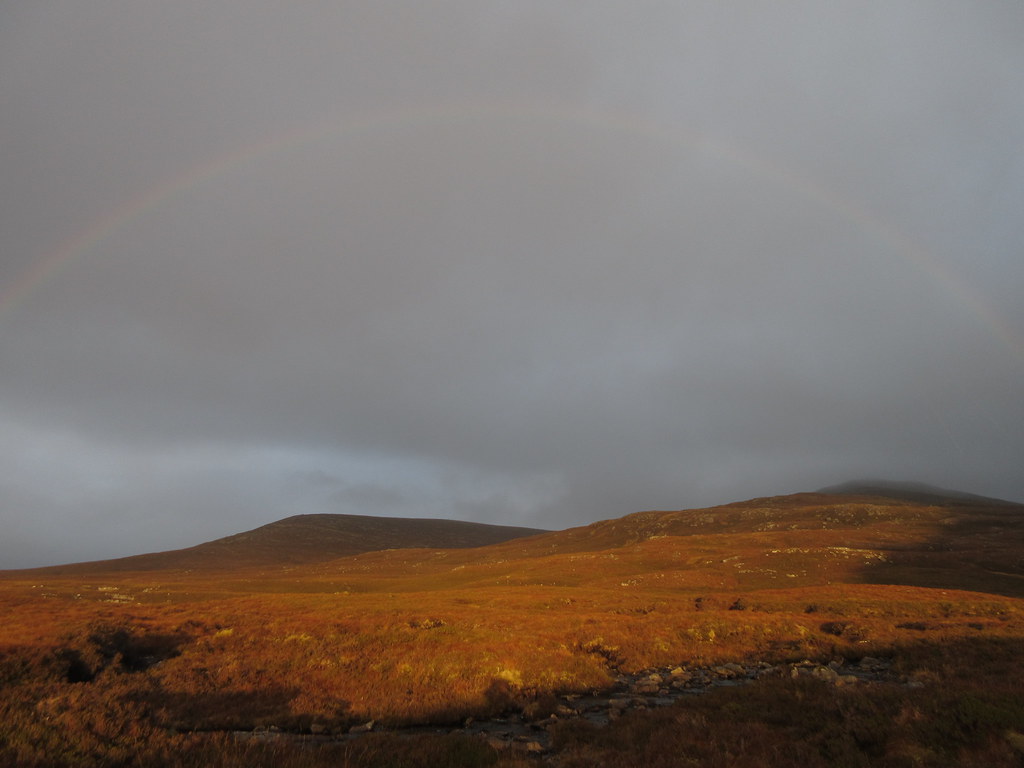 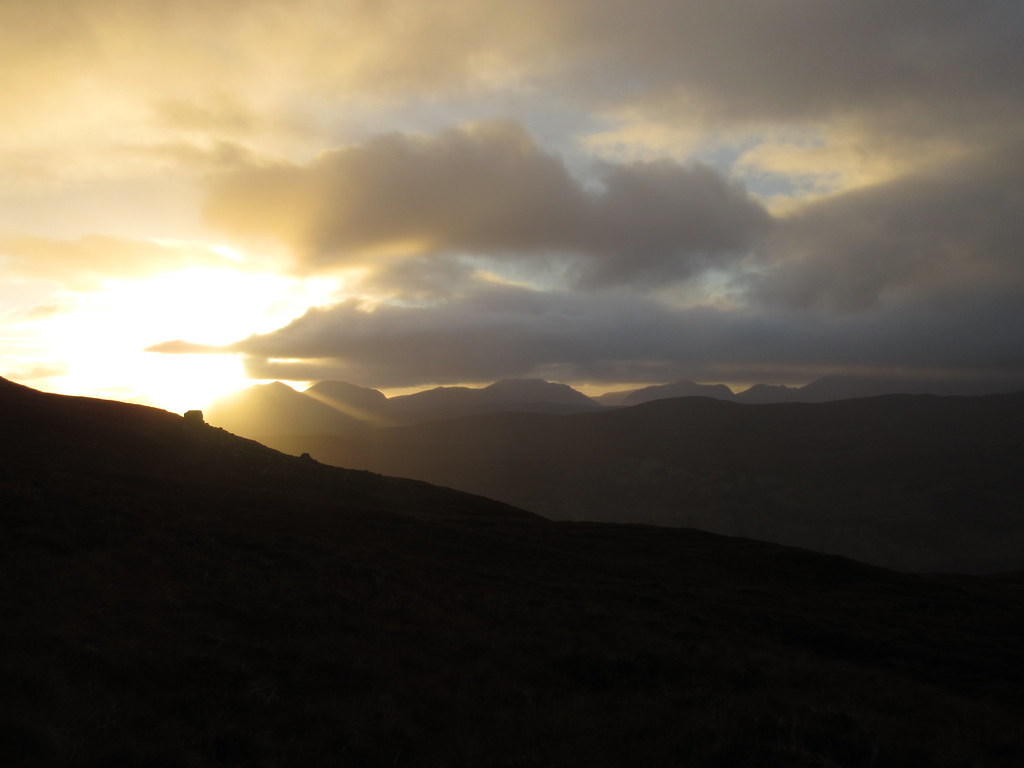 The path was fairly well defined, and it eventually led me to Home Loch. I looked out for a detour here to avoid passing the lodge (I've read of access issues here before), but couldn't see an obvious one. So I just walked past the lodge on the good track instead - no issues here, and a nice easy way to end the day in the gathering gloom.

Back at the car, I spotted a guy hitching for a lift at the junction. He was from Dundonnell, and off back to college in Inverness, and the only bus of the day had been full up. Life can be tough on the west coast if you're too young to drive!

Great photos. Have done Enaiglair and got the most soaked I've ever been on the descent so missed out the Graham but in some ways it's good to have a reason to return as the views are so good.

The signed route from the car park does continue to Home Loch: rather boggy and marked by occasional posts.

malky_c wrote:an unmarked stalkers path which zigzagged down the slope not that far from my descent. One to note for the future (although it misses out Creag Bac na Faire).

It meets the marked path near where the latter crosses the Allt Creag Bac na Faire - there is a small cairn marking the turning, but the lower section of the unmarked path is quite faint and not really worth using if you are heading for Iorguill.

dogplodder wrote:t's good to have a reason to return as the views are so good.

Another good option is a round of Coire Leachachain from the large layby about 2km E of Braemore Junction (as described in the SMC Grahams guide).

Interesting route. We did these two separately, for no reason really, and I always thought they would make a nice double

Sunny weekends have become a rarity. We had other arrangements and couldn't visit the hills last weekend, but fingers crossed weather is just as good for the coming WH meet!

Good looking route and some rather nice skies in your photos. Another corbett to add to my to do list - must bear this in mind for future - cheers