(This is hardly worth a report, but since it was a nice little hill, and it's the quiet winter, I'll leave it public.)

On my second full day in Whitehaven, I set off around the coast by train - generally I only get as far as Whitehaven or Ravenglass when I'm heading for the hills, and although I did go right round last winter, I foolishly did all the unfamiliar part in the dark, having spent the daylight walking from Ravenglass. So although there wasn't much of a view - no high hills from Ravenglass - I enjoyed going round past Black Combe and the head of the Duddon sands, then a change of trains at Barrow and on after a short break to Ulverston.

Ulverston surprised me - I was suddenly out of the industrial west and thoroughly back into the South Lakes, with road signs for Newby Bridge and Kendal and Lancaster, and solid market town buildings. I liked the place, and could have spent far more time pottering along the main street, but I'd really come to climb to Sir John Barrow's monument on Hoad Hill, so passed through the town quite quickly.

A bit of a muddle trying to follow the signs brought me through a park, with the monument now not far ahead. 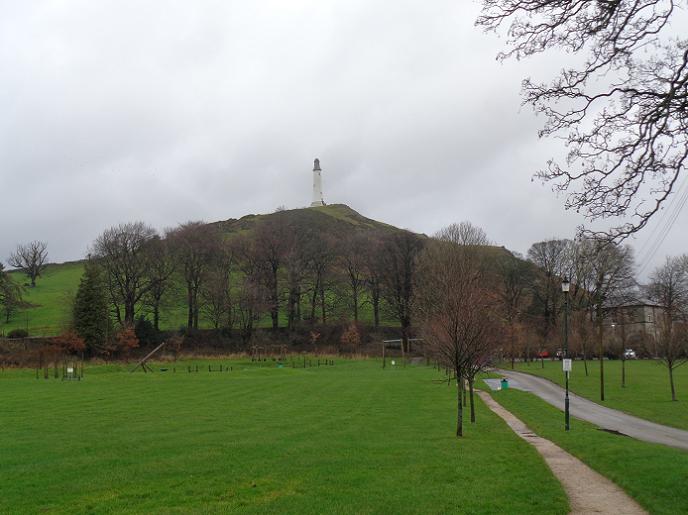 Hoad Hill from the park

The park had obviously been something far more imposing once - I liked this gatehouse decorated with weird shapes.

In theory I think there should have been a fairly good path to the top from this side, but since it wasn't obvious and I wasn't sure where to look I went for the direct route - stones at the bottom and mostly mud at the top, but it was only a short climb. The main problem with getting to the top was hitting the wind as I came out by the monument. 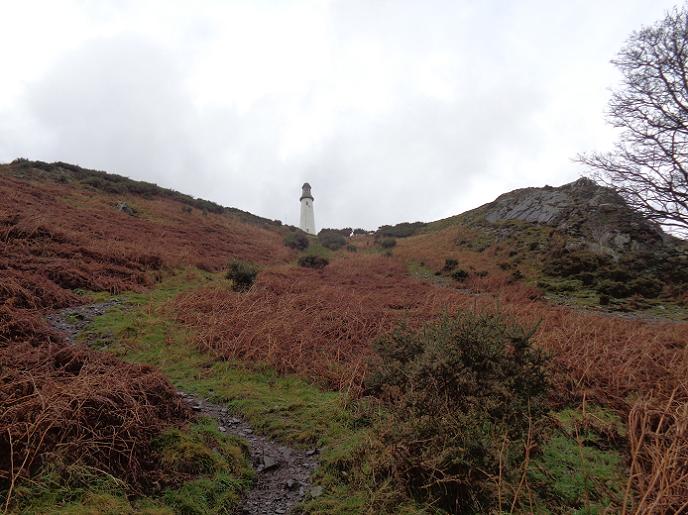 The high hills were just about visible as whiter shapes through the general greyish-white haze, but all my photos in that direction are fuzzy, possibly because I couldn't stand still for the wind. I was slightly more successful getting a picture towards the Leven sands. 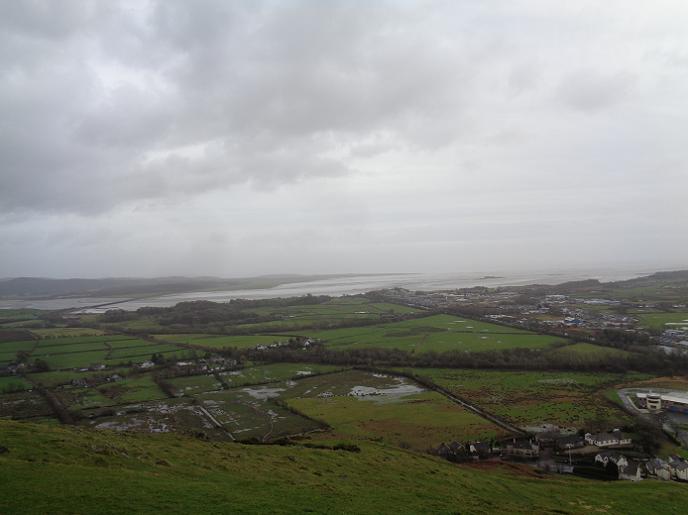 The monument is based on Smeaton's Eddystone lighthouse, but has never actually had a light. 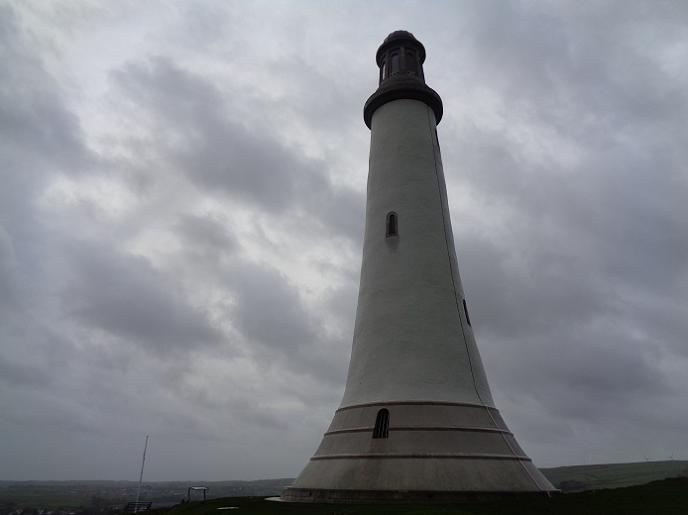 I couldn't face going down the mud I had come up, so instead followed the good broad track which had come up from the back, , which took me off on a great sweeping route apparently towards the middle of nowhere - although it was easy walking, at least. This was the gentler side of the hill, with a good view back over farmland. 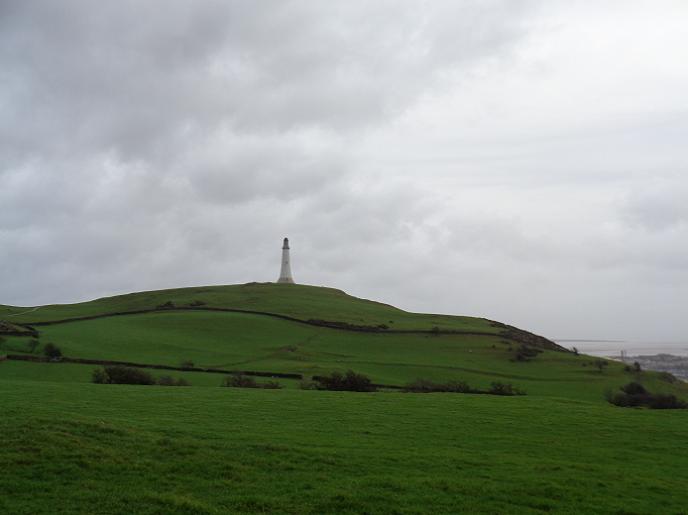 View from a distance

After a while a gate in the corner of a muddy field looked like it might lead to a way down towards the town - the main track was still going relentlessly forward - and did, coming out on a path which led down towards the church.

I went on to Grange over Sands, crossing the Leven viaduct and getting a good view over the marshes, but I decided there was no point climbing Hampsfell without a view for a second time, so just pottered round a bit and had a late lunch before getting the train back first to Ulverston for another wander up the main street, and then to Whitehaven.

I do like this coast and its little hills, but badly need a view!

If you go on a Sunday, you can go up to the top of the monument and get a much better view. It was restored a few years ago.

There is an easy path up from Ford Park which goes diagonally across the craggy slope which the monument stands.

Nice interesting report. I've a bit of a penchant for the smaller hills myself as they often have a story behind them with some decent views to boot