Taking a gamble on Gulabin

Taking a gamble on Gulabin


Another foul July morning with rain bouncing off the road outside. Yesterday had been even worse weather and I'd spent the day holed up doing housework and booking a cottage for a week in the Yorkshire Dales later in the month. I really wanted to get back out into the hills today, but Gail McGrane's dire predictions had once again come true. I'd had several coffees already by the time I made another one and settled down with it and a chocolate biscuit to watch the Open on BBC2. I could tell it wasn't going to work. I lasted about 10 minutes before looking out the window and observing that the rain was off and the sky was looking a lot brighter. I wasn't at all sure about the wisdom of my actions, but I quickly packed various items of waterproof clothing, a bottle of water, a map and compass and a few more chocolate biscuits into my little Vango daypack before quickly scoffing the leftover Boston Bean Casserole from last night and hitting the road.

I headed out of Perth on the Blairgowrie road, still unsure about what the weather was gong to do, heading either for the Corbett Ben Gulabin or either (or even both) of the Grahams between Glen Shee and Glen Isla - Mount Blair and Mealna Letter a.k.a. Duchray Hill. I wasn't sure about doing Mount Blair on a fairly dull, dreich day like today, and even although things were looking more promising as I approached Bridge of Cally, I decided to head up to the Spittal of Glenshee and tackle Ben Gulabin.

I parked by the gate at the start of the track and was walking by 11.15, making steady progress up the excellent track towards the bealach between Ben Gulabin and Creagan Beithe. There was a very light drizzle hanging in the air but it was making no impact on my clothing at all and really didn't merit putting the waterproofs on. Mercifully there were no midgies in evidence.

Just pass the remains of some old ski infrastructure on Creagan Beithe, ATV track mentioned on the SMC Corbett book runs off to the left like a deep scar up the heathery slopes of Ben Gulabin. As I climb, the views north gradually open up to the Munros of Carn a' Gheoidh and The Cairnwell, and it is no time at all until we top out at the little cairn, neatly topped off with a large wooden stick. It has only taken 50 minutes to reach the summit.

Rather than simply retrace my steps, I decide to head south east along the summit plateau which veers round to the right as it approaches the large cairn and wind shelter at the eastern top, from where I drop almost due east down short heathery slopes to the south of the crags of Carn Dubh to emerge onto the track a couple of hundred yards from the car.

Total time taken - 1 hour 45 minutes. In the end it was a good call to go and do this walk. I had light waterproofs on for the descent, but really didn't need them on.

Monty, dunno whether you've done this one or not, but if not, next time you're heading up to the Gorms and you've got a spare 10 minutes to kill, this one's worth a run up and back down! 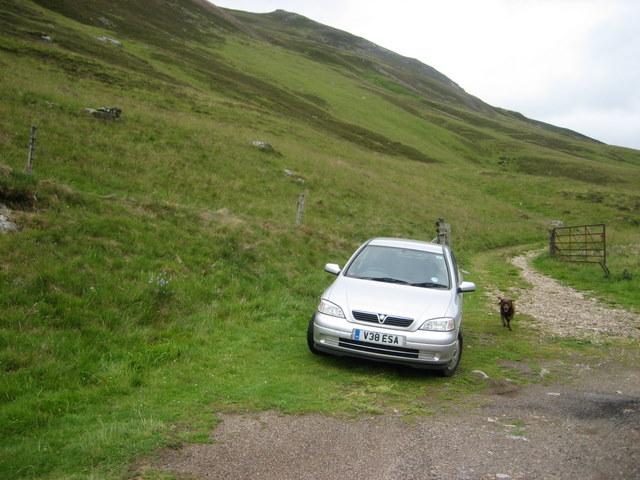 North to the Devil's Elbow Easy going on the good track 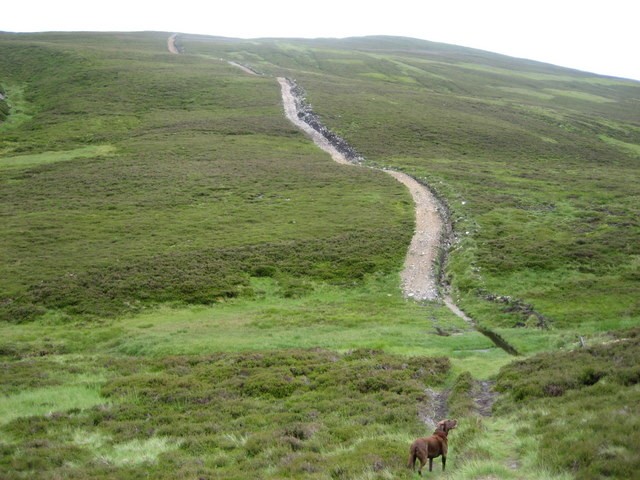 Scar-like path up onto Gulabin 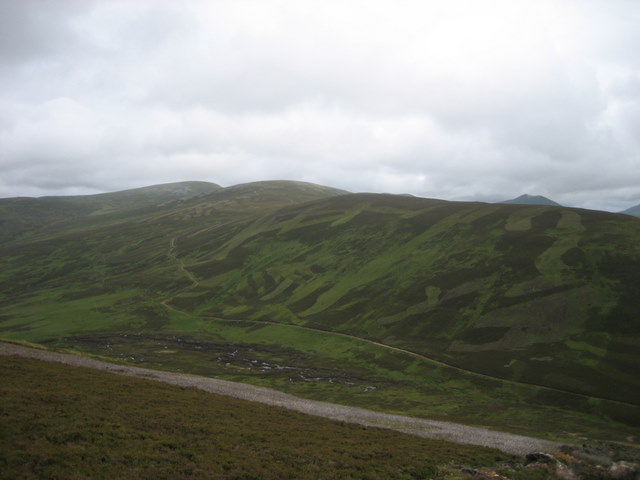 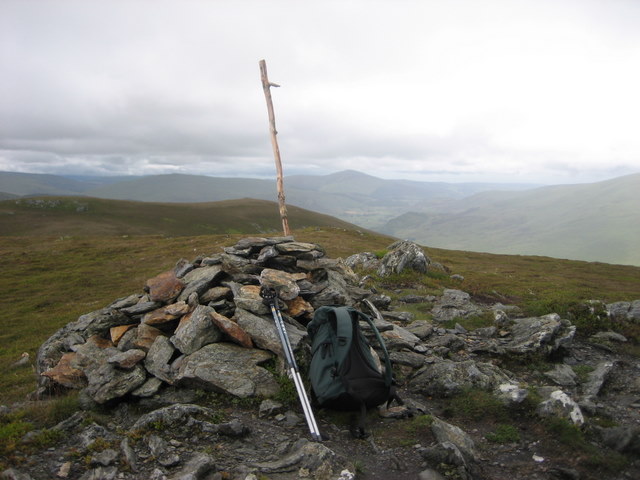 South east from the summit - Mount Blair in the distance 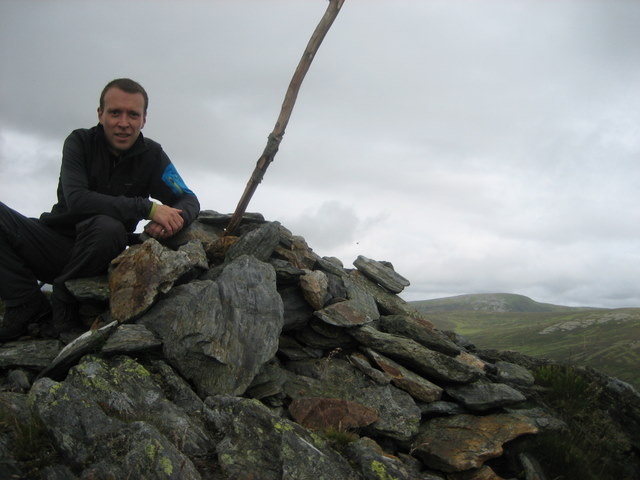 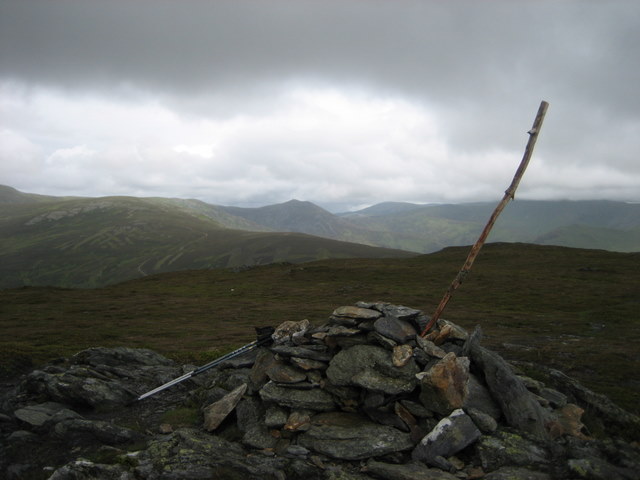 Looking north from the summit towards The Cairnwell Looking to the eastern top, Spittal of Glenshee below 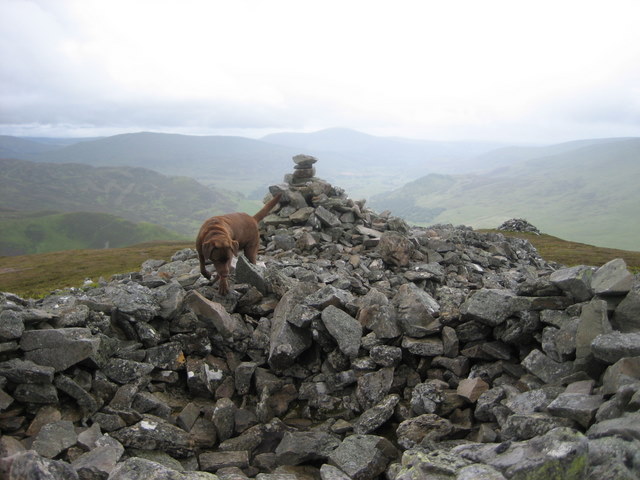 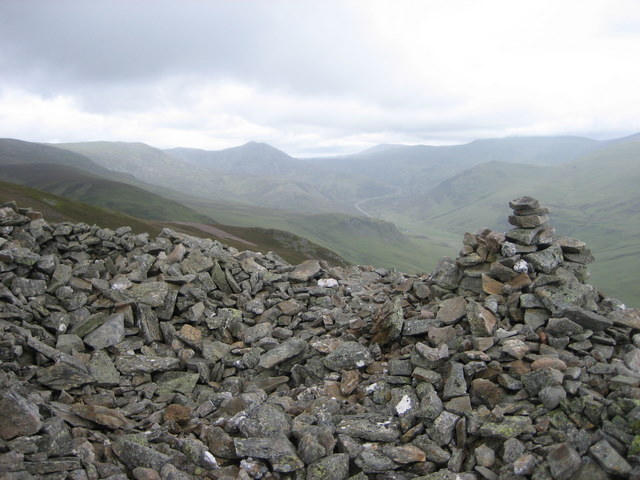 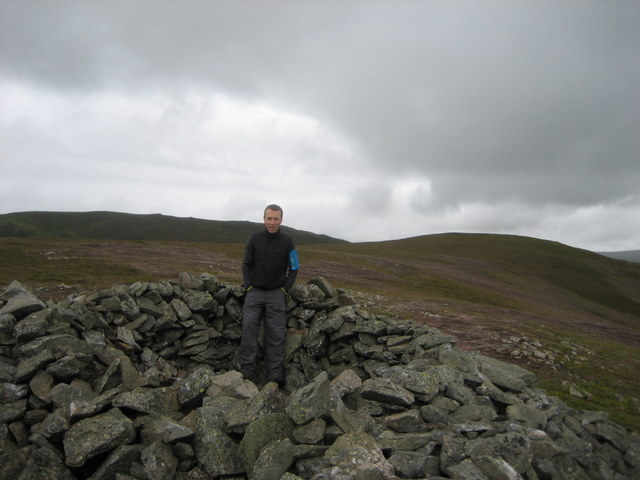 Looking back along the ridge to the summit 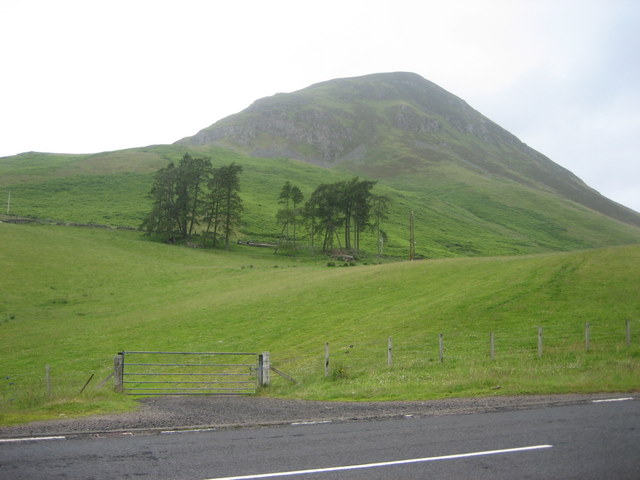 Ben Gulabin from the A93 road

Worth a gamble and it paided off. At least the weather held for you. I chose not to gamble this week, and getting cabin fever as a result!

Looks like a good walk though and an opportunity to stretch the legs. Worth bearing in mind next time I'm passing.

Well, at least you got a view from here! I did this on a right miserable morning when I was living in Dundee. Still, you're right about the length. As I had left dead early, I was able to get home in time for an hour's nap before my 11 o clock lecture!

Hi Graeme,
Your brave heading off in these conditions, Looks like it turned out ok though

Interesting little Corbett. I cycled past it up Glen Taintneach when I walked Beinn Iutharn Mhor, Carn an Righ and Glas Tulaichean. I had an idea of climbing this hill on the way out but it had been a scorching day and it was a 35km trip, (14km on bike), so by the time I got back to it I was knackered.

Good news is its just off the spittal of Glenshee and looks a nice little walk on its own as you have described so it will be done.

i like this and Mount Blair a lot, both are a quick jaunt from Dundee, up and down in good time and both have good views

glenshee in summer does get a lot of stick because of the ski related infrastructure, but I genuinely think that the non=ski/munro territory and THAT drive are outstanding

When I do it, I'll definitely be sticking to your ascent route for the descent as well - I always thought the other sides looked fearsomely steep for a coward!