Ben-Challum-near-Tyndrum.gpx Open full screen  NB: Walkhighlands is not responsible for the accuracy of gpx files in users posts

This was only my second hill walk of the year after last week’s Ben Lui and Xxxxx which left my legs destroyed for days! Given that I was planning a week of munros, I decided to start with something relatively easy. What I hadn’t bargained on was the weather. And, unusually for Scotland, I’m not talking about bad weather - it was boiling hot!

The walk started on the side of the busy A82 and up through a road, past a farm house and graveyard, over a railway line and then a long, mostly pathless, steep ascent through grass land. And the heat was almost unbearable for the whole ascent. On the plus, the weather for the last 2 weeks meant that the many boggy parts were pretty easily crossed. Heading down towards the farm 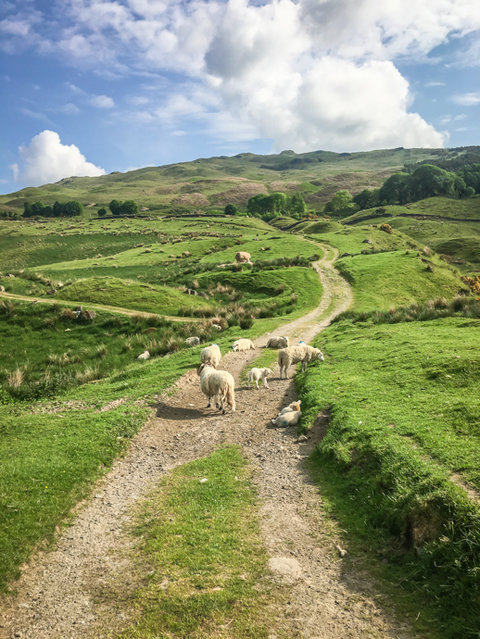 Heavy traffic as the route starts to rise... Once up this relentless grassy slope, the landscape changed from field-like slopes to something more akin to a mountain landscape and the target, or what I thought was the target, loomed ahead. The path up the shoulder of the mountain became clealer if no less steep, but there was a sting in the tale - a false summit! And not just a “it’s just over that next hill”, there was another mile to go! In fairness, I could have seen this from map, but hope cruelly prevailed. It actually turned out to be the most interesting part of the walk, with dips and rises in and out of beallach and then a nice enough final pull to the top, which offered great views across to Ben Lui and the surrounding hills. Looking back towards Ben Lui and friends Made a wee pal en route up Finally, the top is in sight...or so I thought

By this time though, I was hot as hell and thought I’d take a breather and get some lunch. The summit, as with much of the walk up, was hoaching with daddy long legs so I descended slightly and sat down. 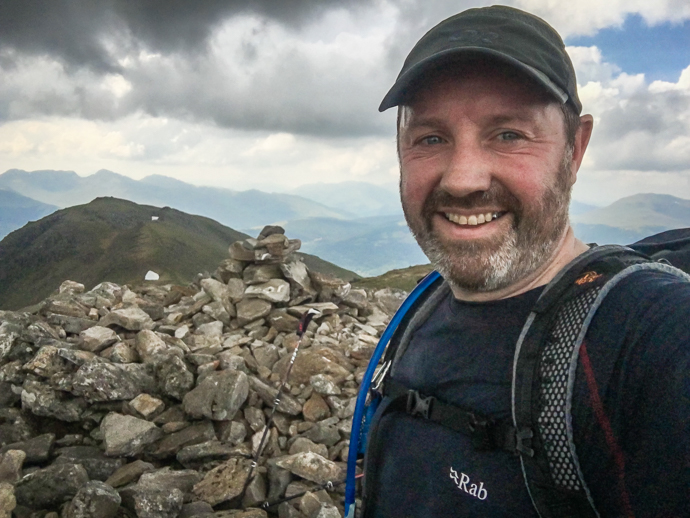 Literally seconds after I did though, I saw and heard the rain approaching and threw the waterproofs on quicker than you could say “****, it’s raining! And boy did it come down in buckets. But as quick as it started, it was over again and the waterproofs were off again. Got a right good soaking from a passing thunderstom

The decent down the grassy slopes was a trudge and the temperature had jumped again meaning I was really overheating.

Re: Melting on Ben Challum!

Nice day for it despite the shower

Re the daddy long legs, there seems to have been an abundance of insects this year; had clouds of may flies appearing regularly on recent hillwalks - cheers

Re: Melting on Ben Challum!

Had similar experience on Ben Challum in May 2015 when my pal almost expired from the heat and we had to rethink plans for the next day. Your photos bring it all back.