After an excellent sleep in the Anchor inn and a hearty breakfast, We left the pub and headed out into the grey and overcast morning,
A shorter day in prospect today split into 3 sections.
1, from Burghead to Hopeman along a tarmaced cycle path on the old railway
2. low cliffs paths through gorse and grassy tracks
3. Lossiemouth east beach.

But first we headed up to the old fort and grabbed a quick geocache and took our last view of the Findhorn bay that we had walked yesterday before heading east and down to walk past the huge maltings that dominate Burghead. before joining the tarmac cycle way along the old railway. Weather was light showers and I was hobbling slightly after the walk yesterday with stiff knees and hips which eased through the day. 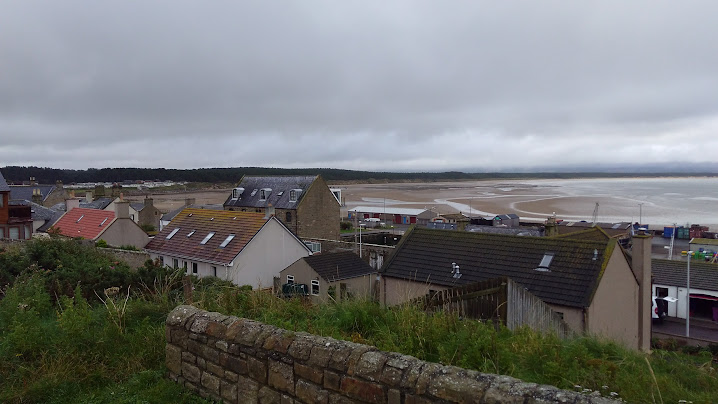 Findhorn bay that we walked on Day 1 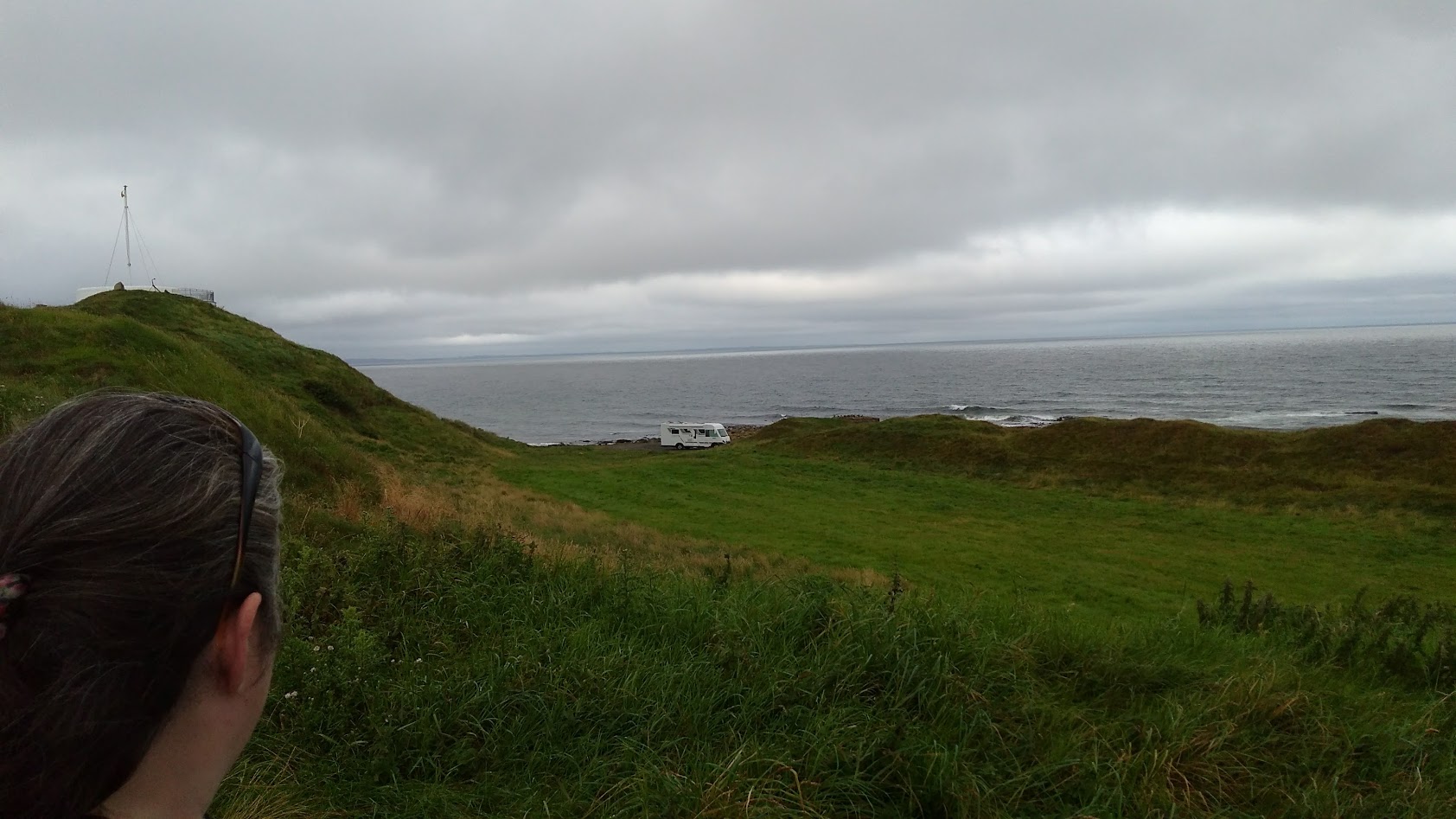 [iview out to sea from Burghead point, a good spot for a night for the motorhome[/i] 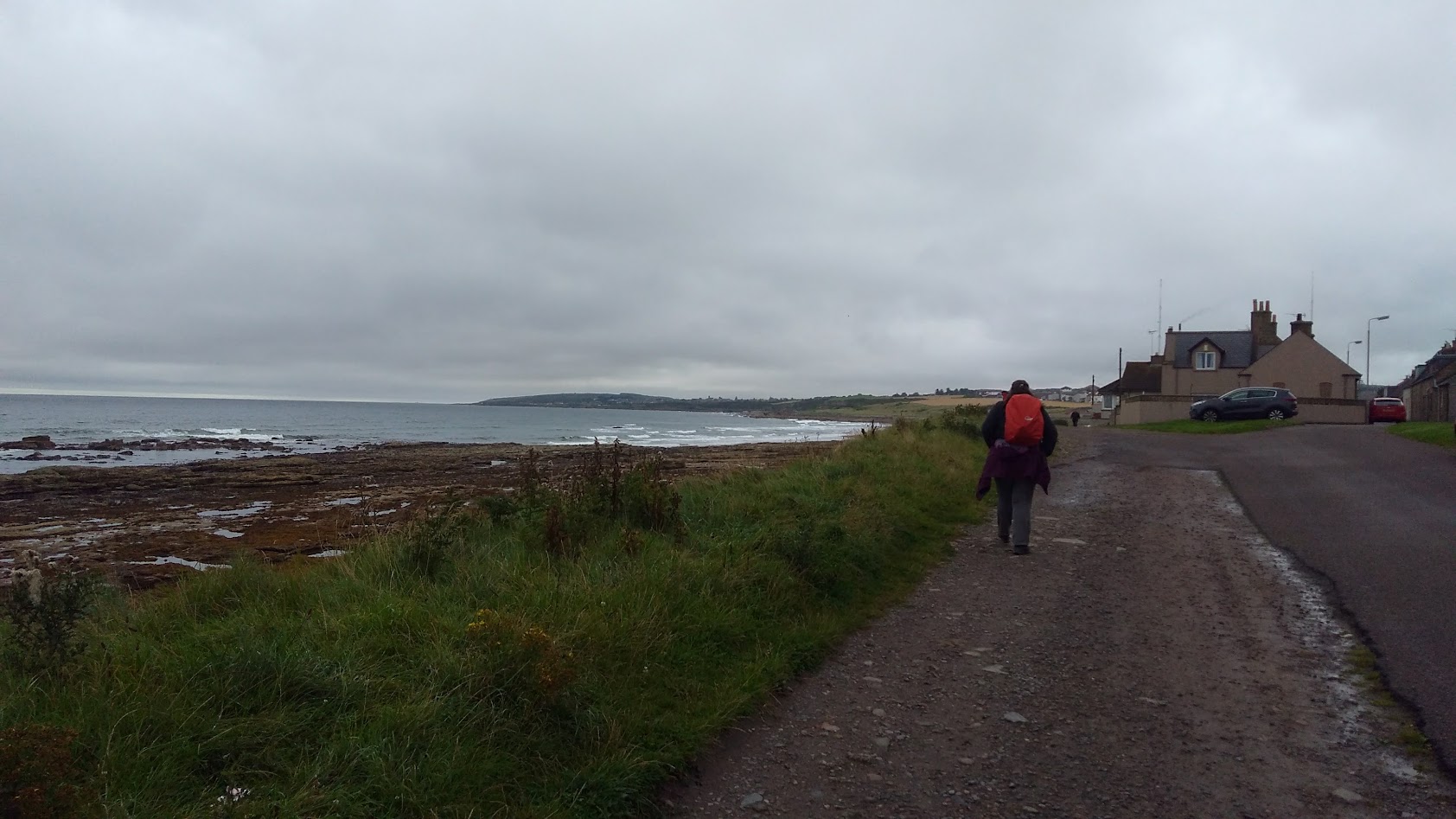 The view eastwards towards Hopeman with Lossiemouth around the point 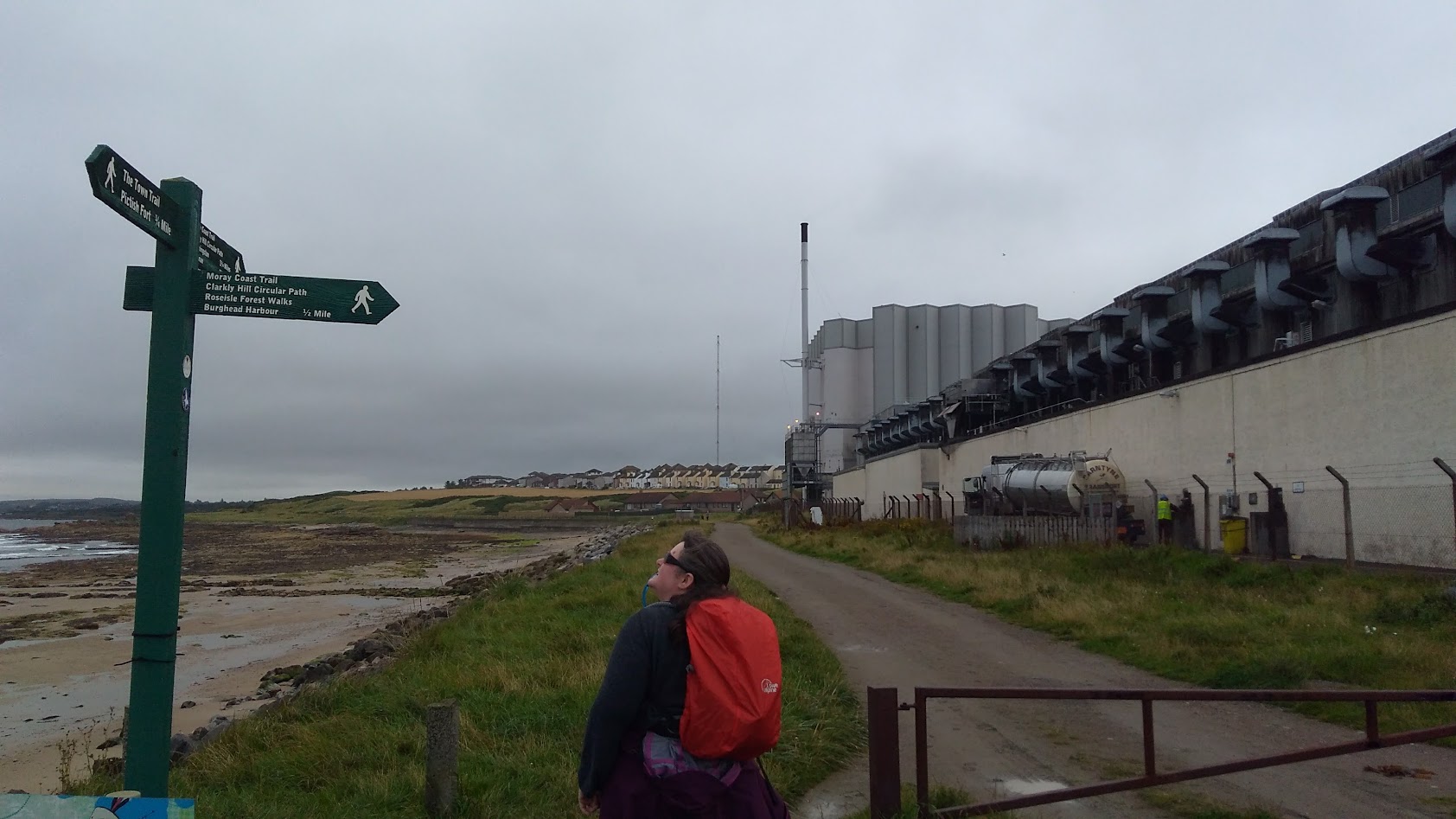 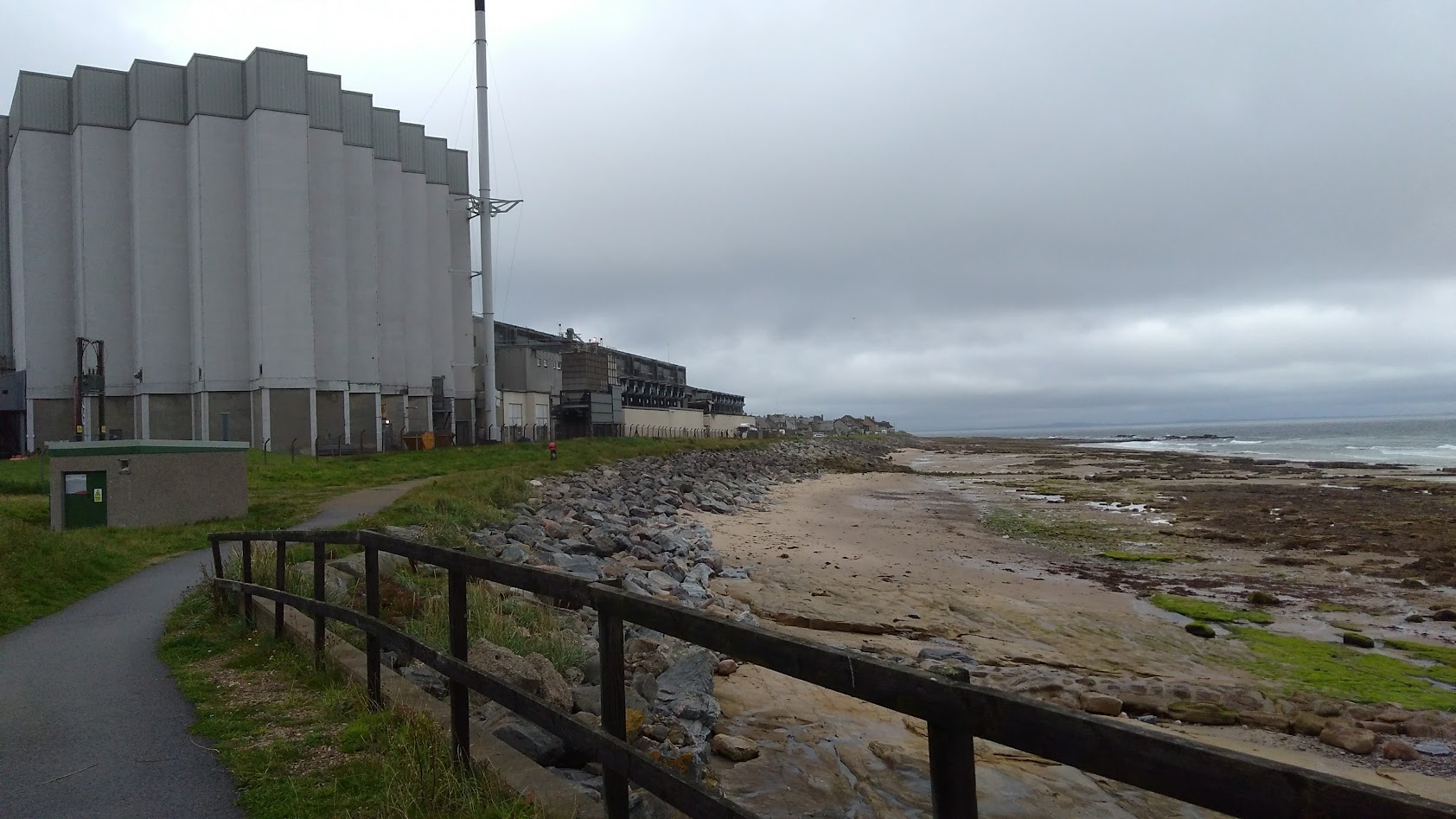 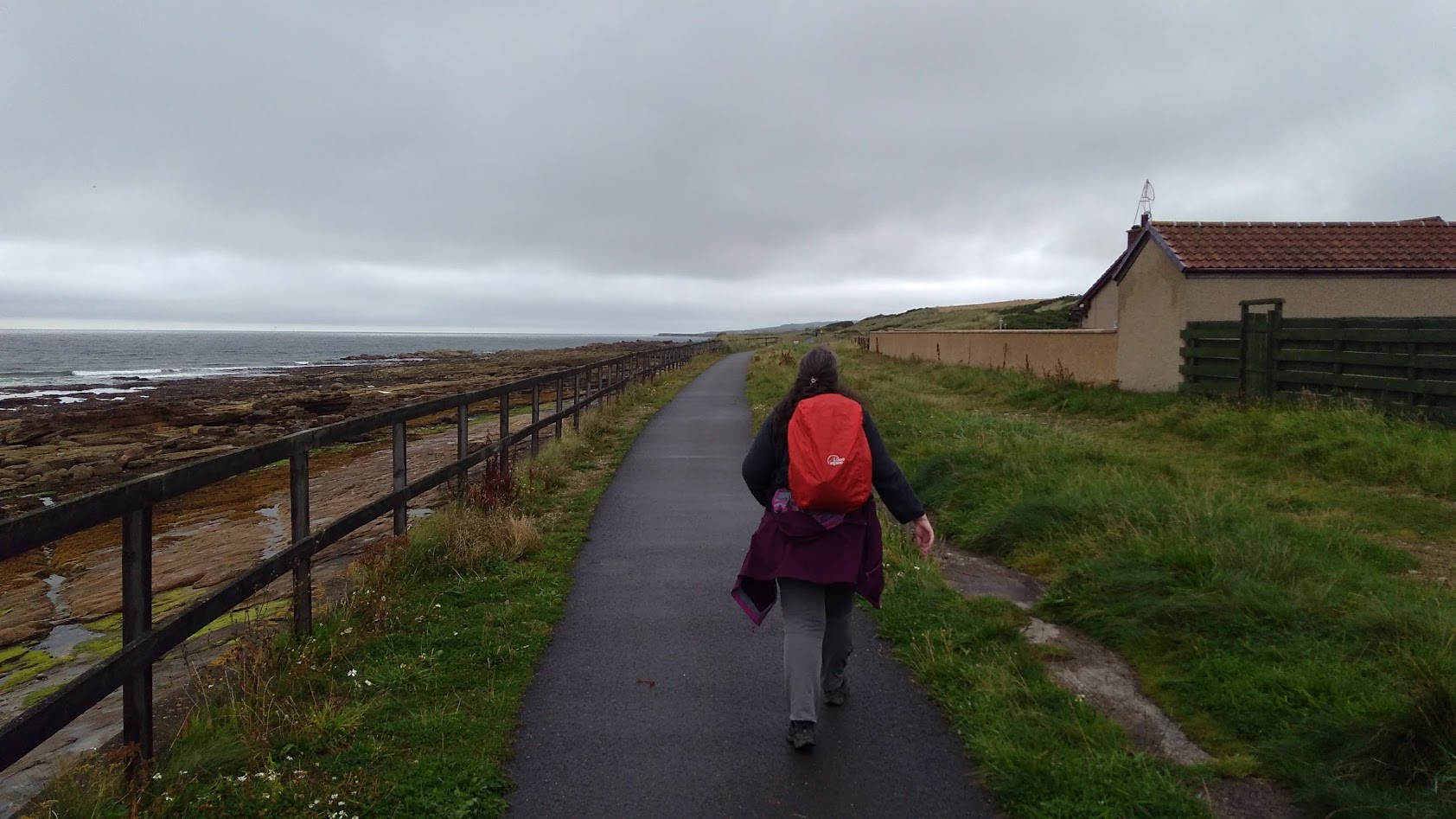 onto the old railway which had been closed in 1957 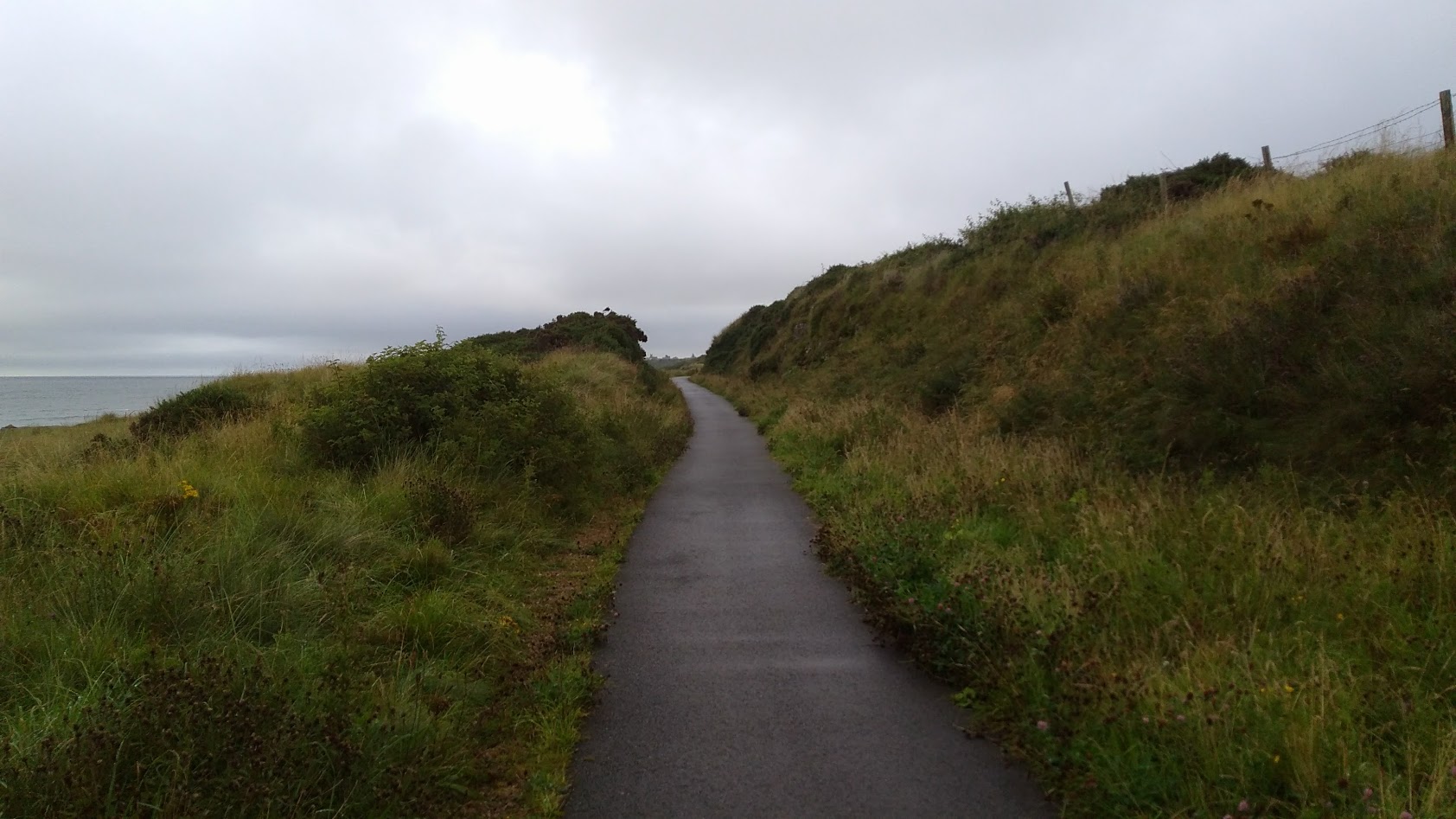 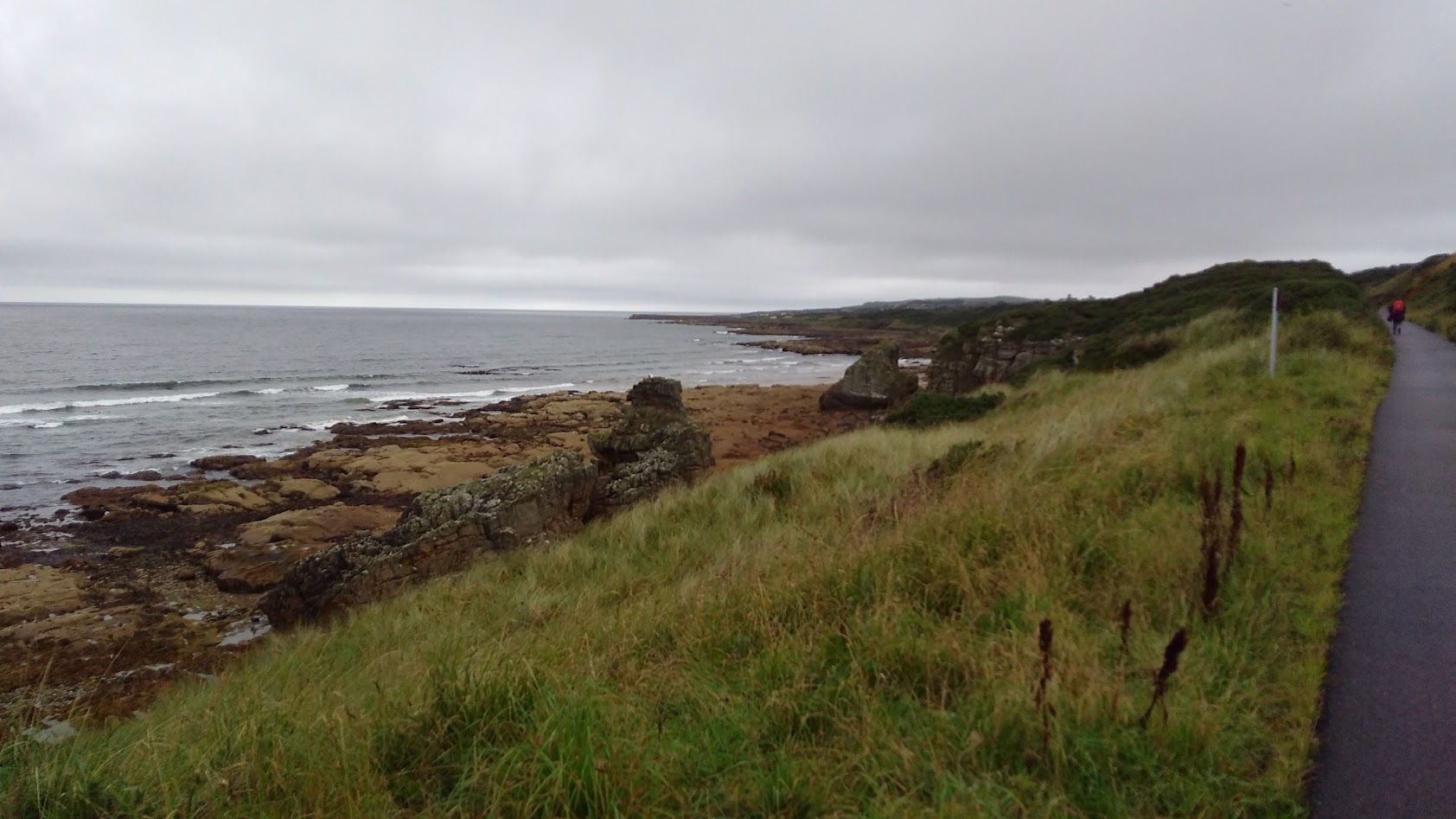 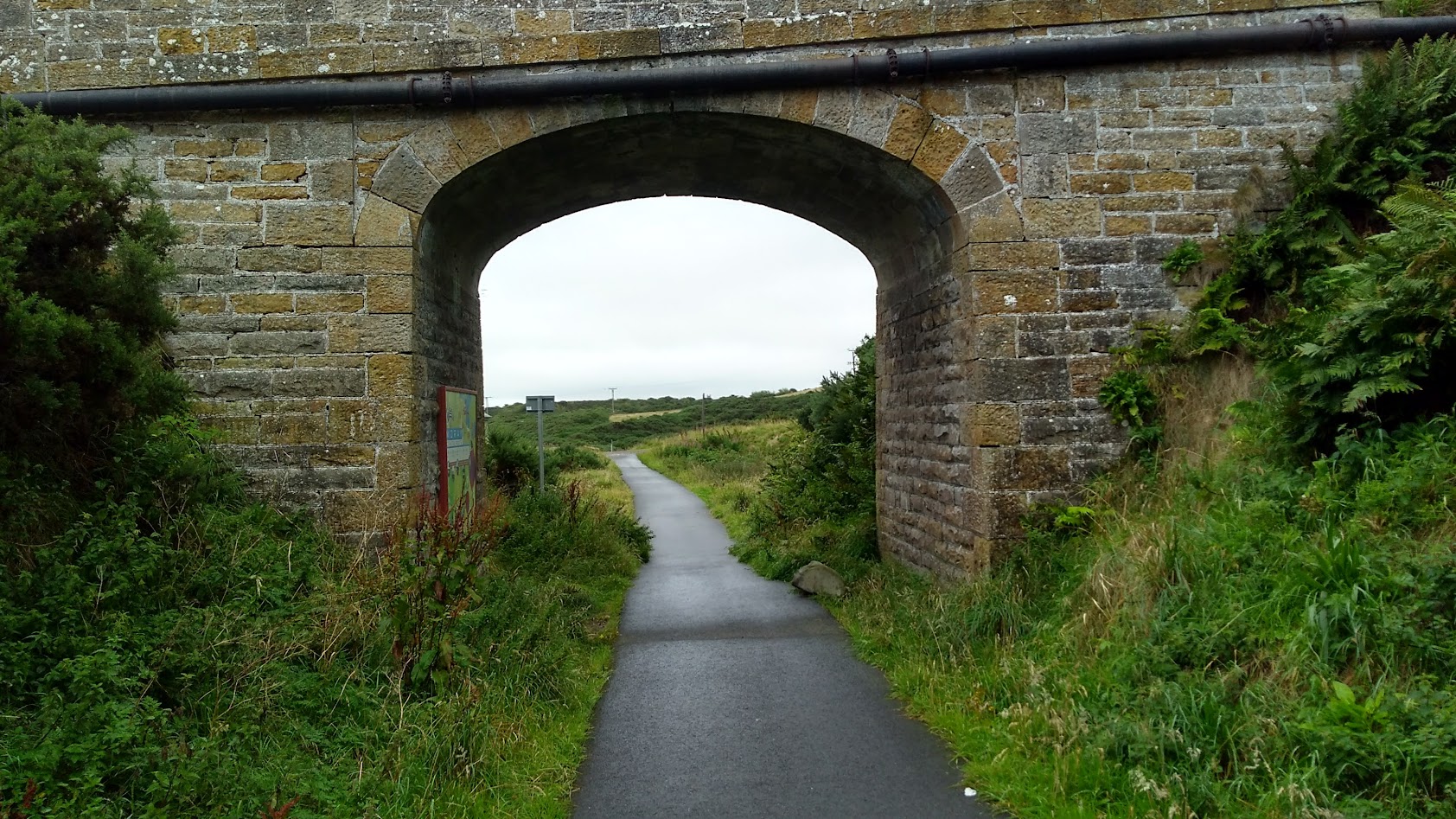 And into Hopeman after 3 miles
A lovely little harbour with restored steam crane and a great beach with beach huts on the eastern side. though i doubt they are as expensive than the one in Dorset sold for £290K in february 2018
From Hopeman the path skirts the low cliffs on grassy paths and heads inland to avoid the redundant quarries that were the reason for the railway being extended from Burghead in the 1890s.
the inland path are bordered by huge gorse bushes before returning to the cliffs by a large coastguard tower. 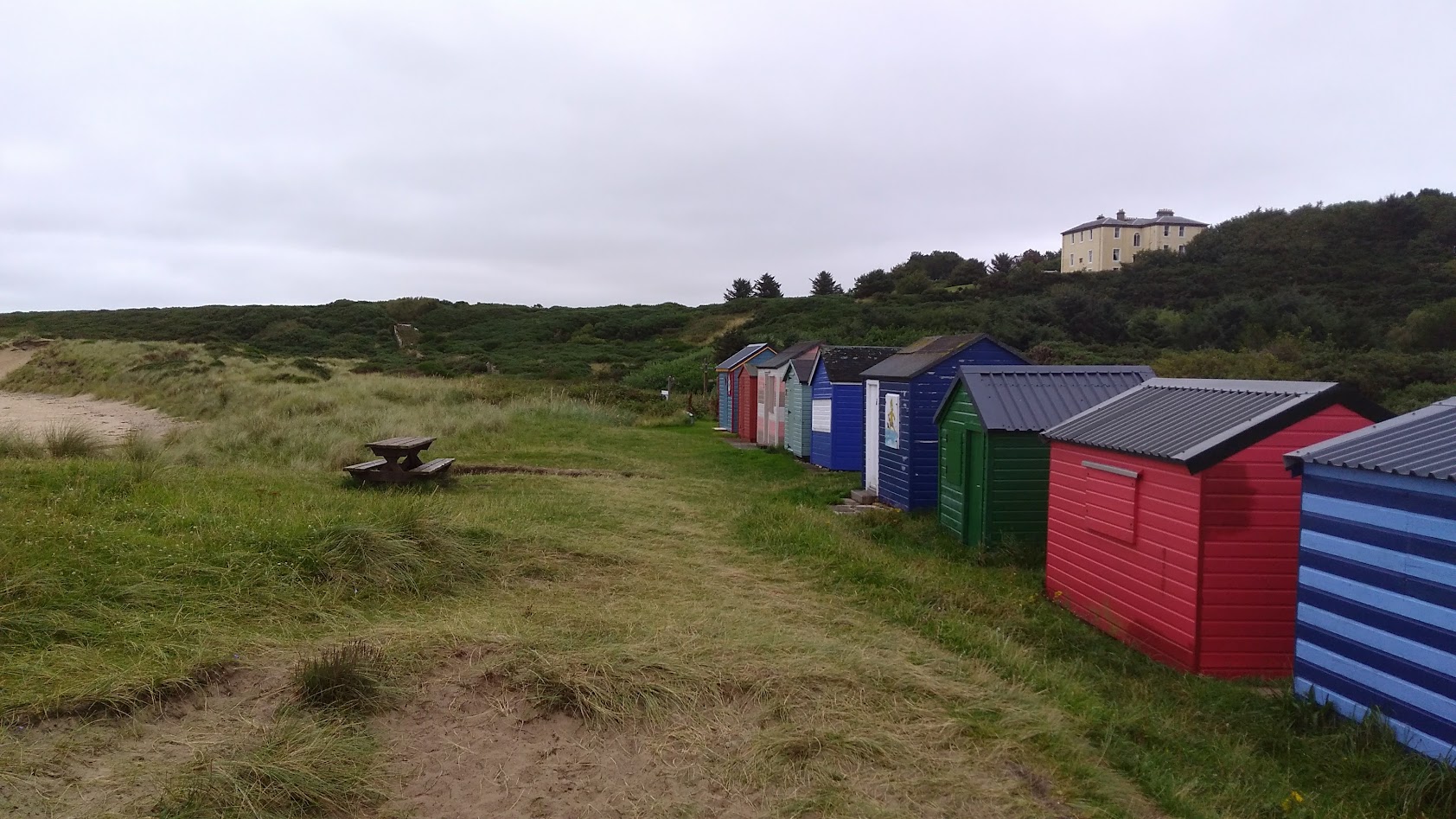 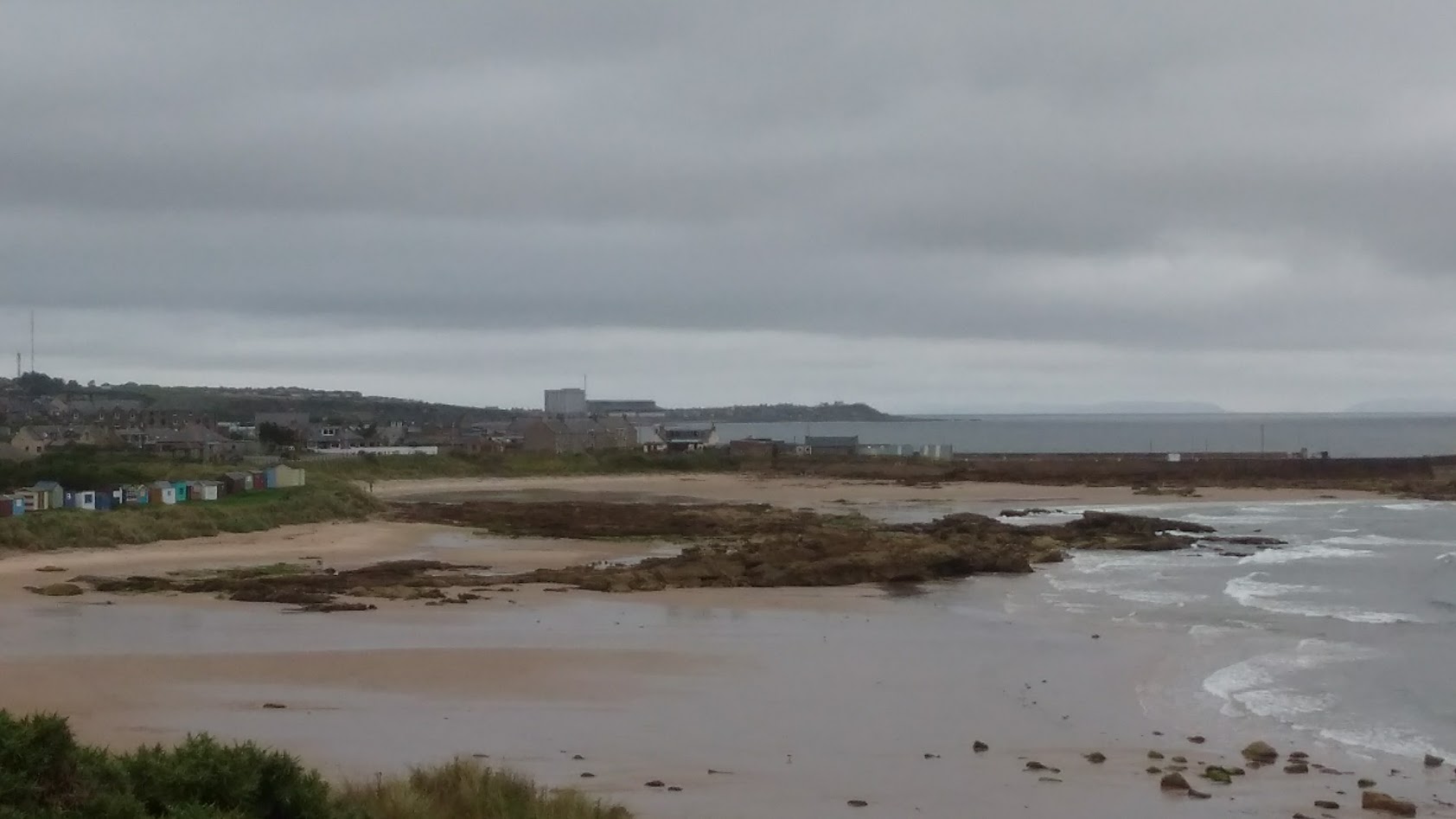 the view back to Burghead 3 miles away 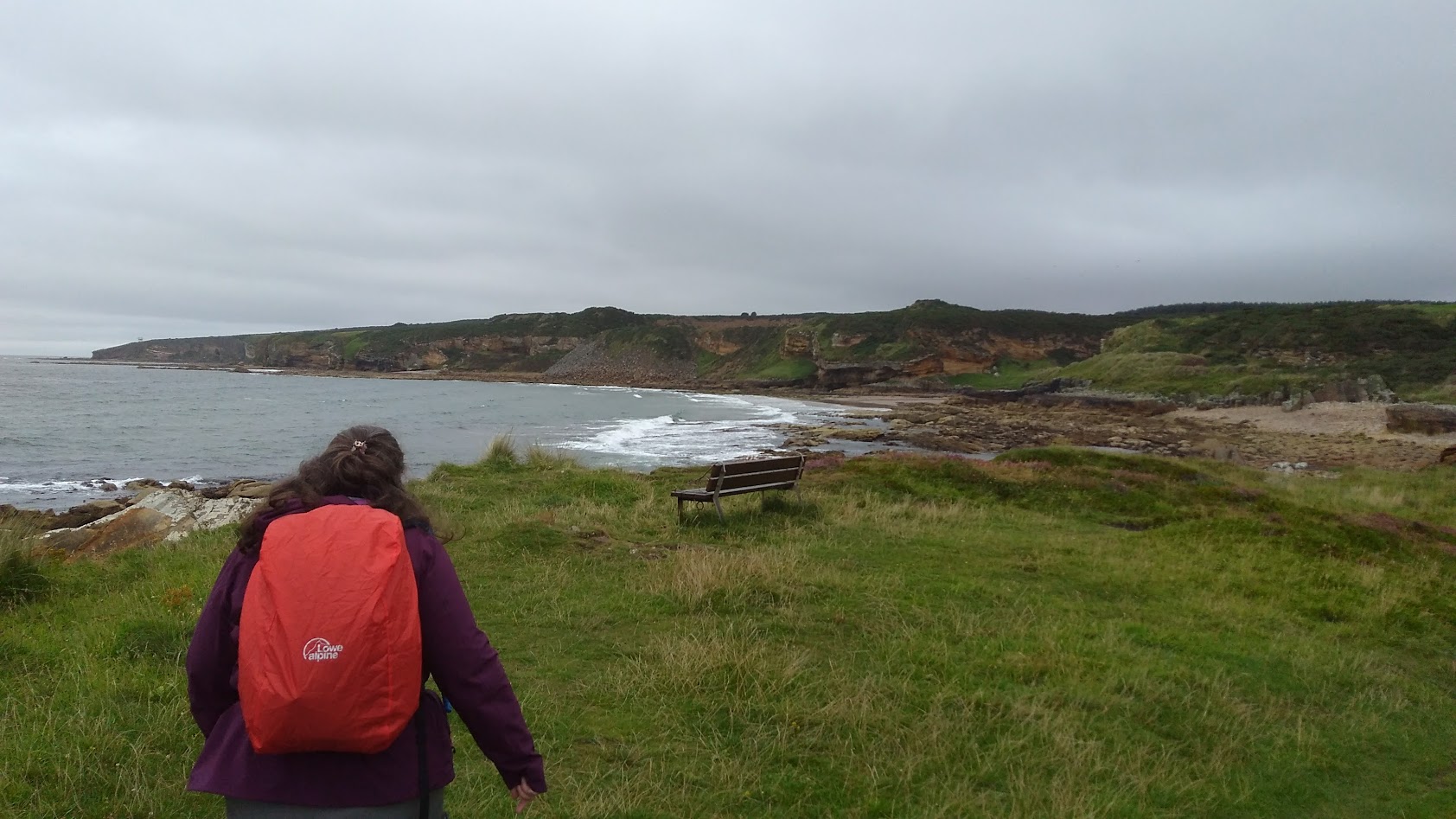 the victorian quarries with discarded waste stone dropped off the cliffs into the sea, the path heads inland to skirt these. 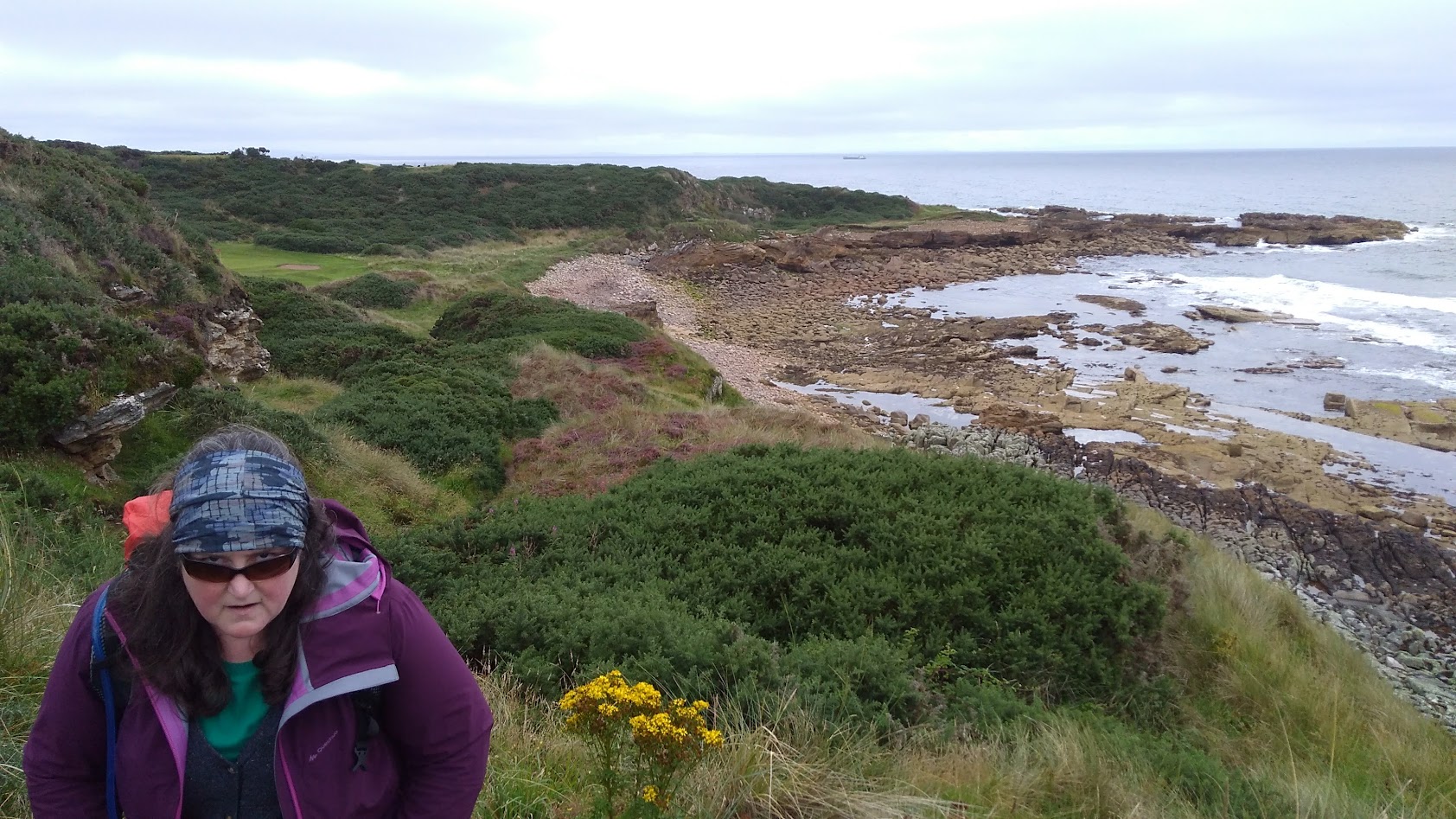 Cath not to pleased with me taking pics 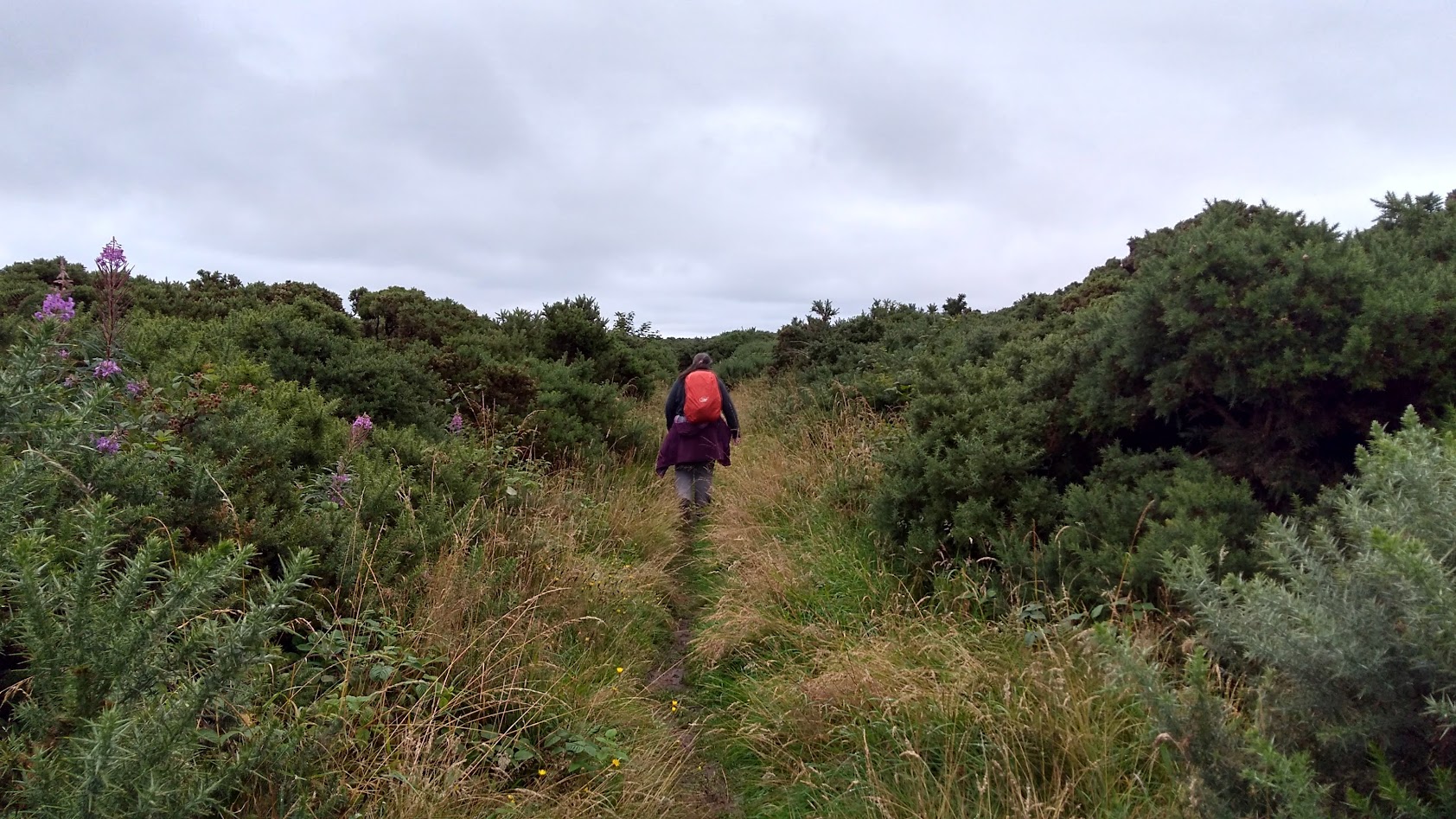 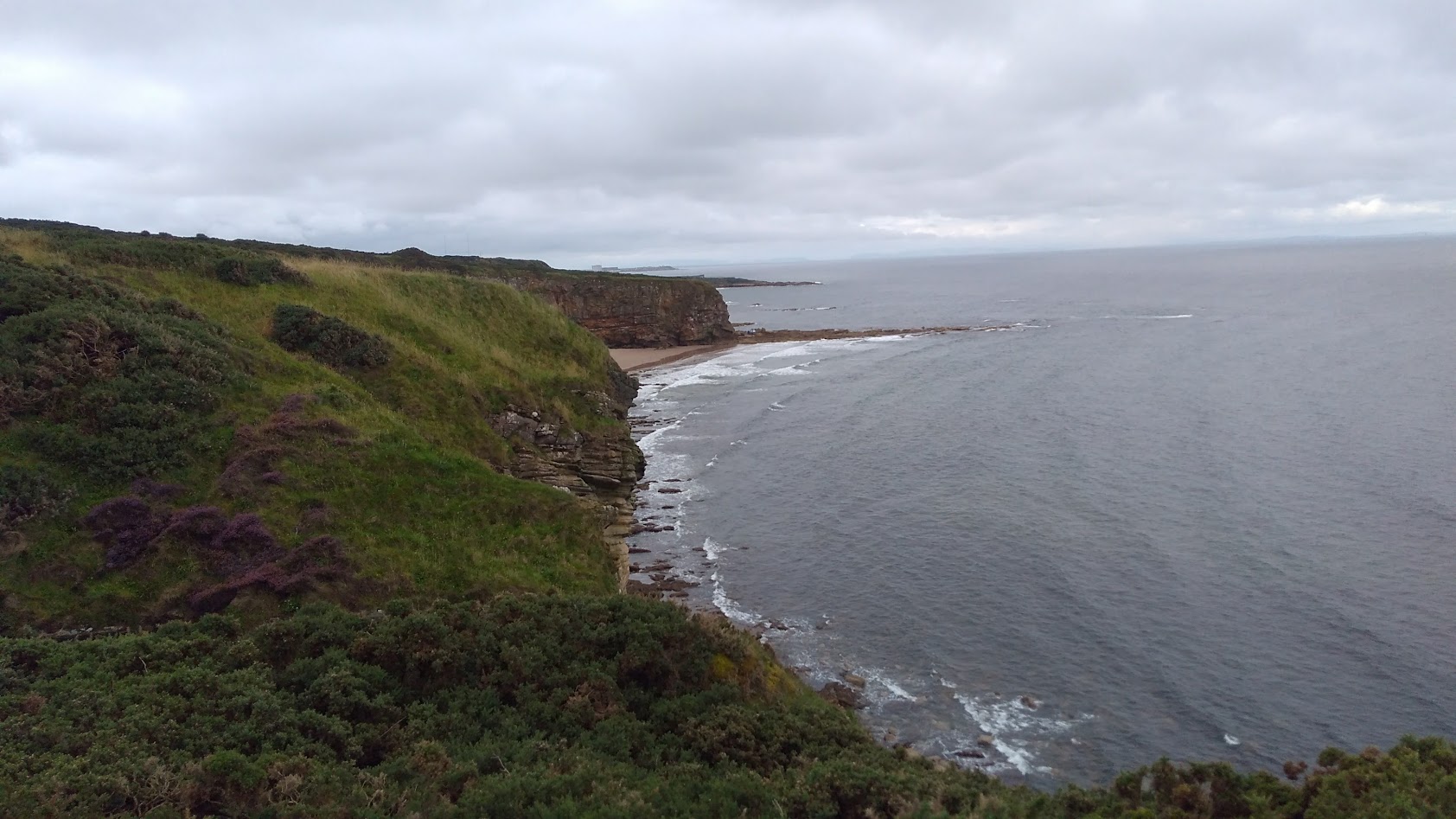 Back to the cliffs and Burghead just in sight 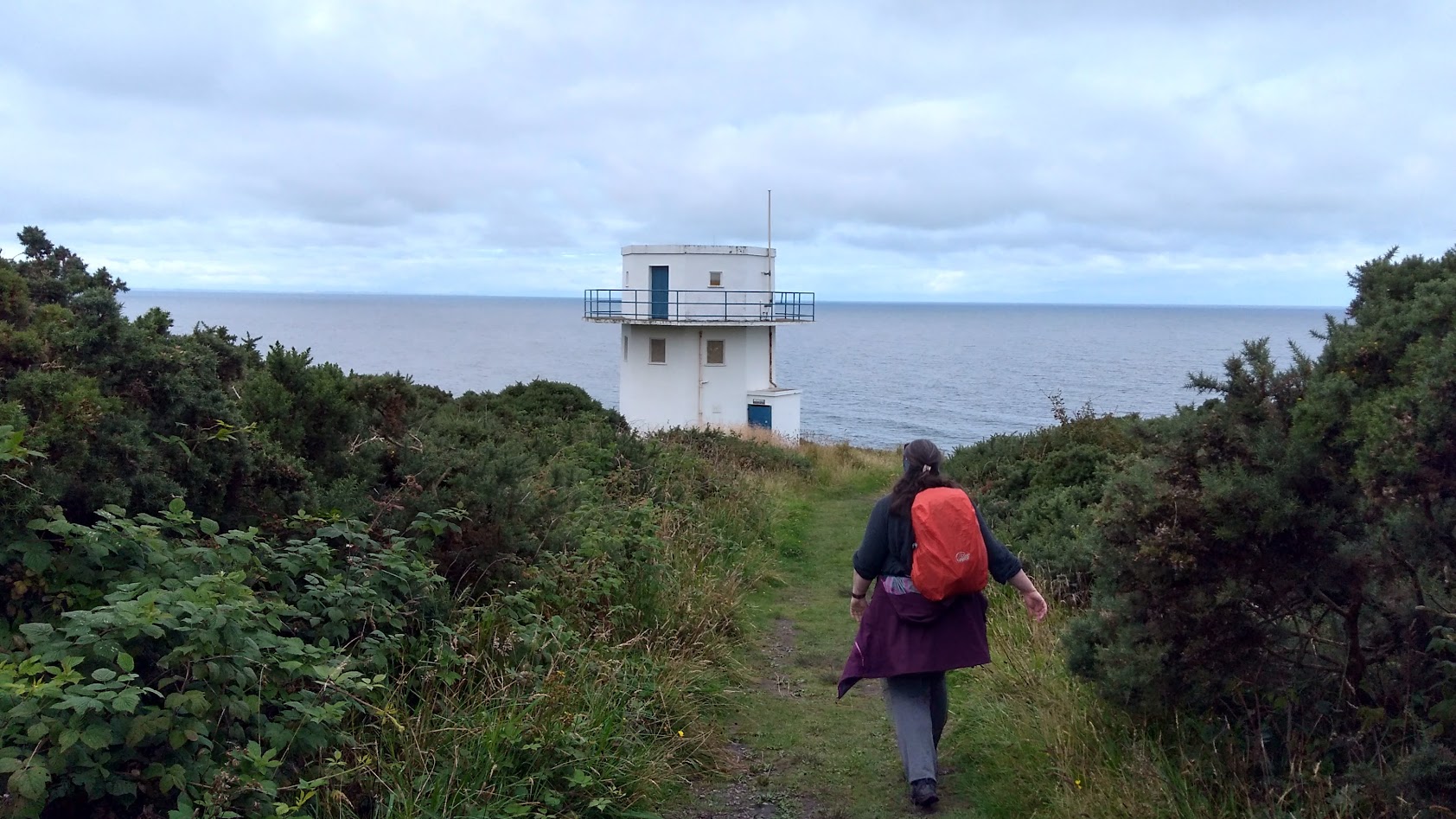 5 miles in, half way for the day, the weather had cleared to a gorgeous day, the path continues on the cliff edge which had been recently inproved as a stoned path, some blackberries were coming out so a few tasty ones were eaten. before the path drops onto the beach, I took the opportunity to take of the boots and walk on the hard sand and paddle my way to Lossiemouth.
we stopped beyond the lighthouse for an hour or so to sit and enjoy the beach and watch some seals out to sea, sat on the buried tank traps that would feature the beaches either side of Lossiemouth, before skirting the last section as the tide had gone in , putting boots back on and having a brew at the beach cafe before walking round the harbour to our accommodation for the night at the Clifftown bar.
A pizza tea sat on the wall overlooking the river watching the gulls harass for scraps and then an icecream from one of the two excellent Geletinos rounded off a perfect days walking. 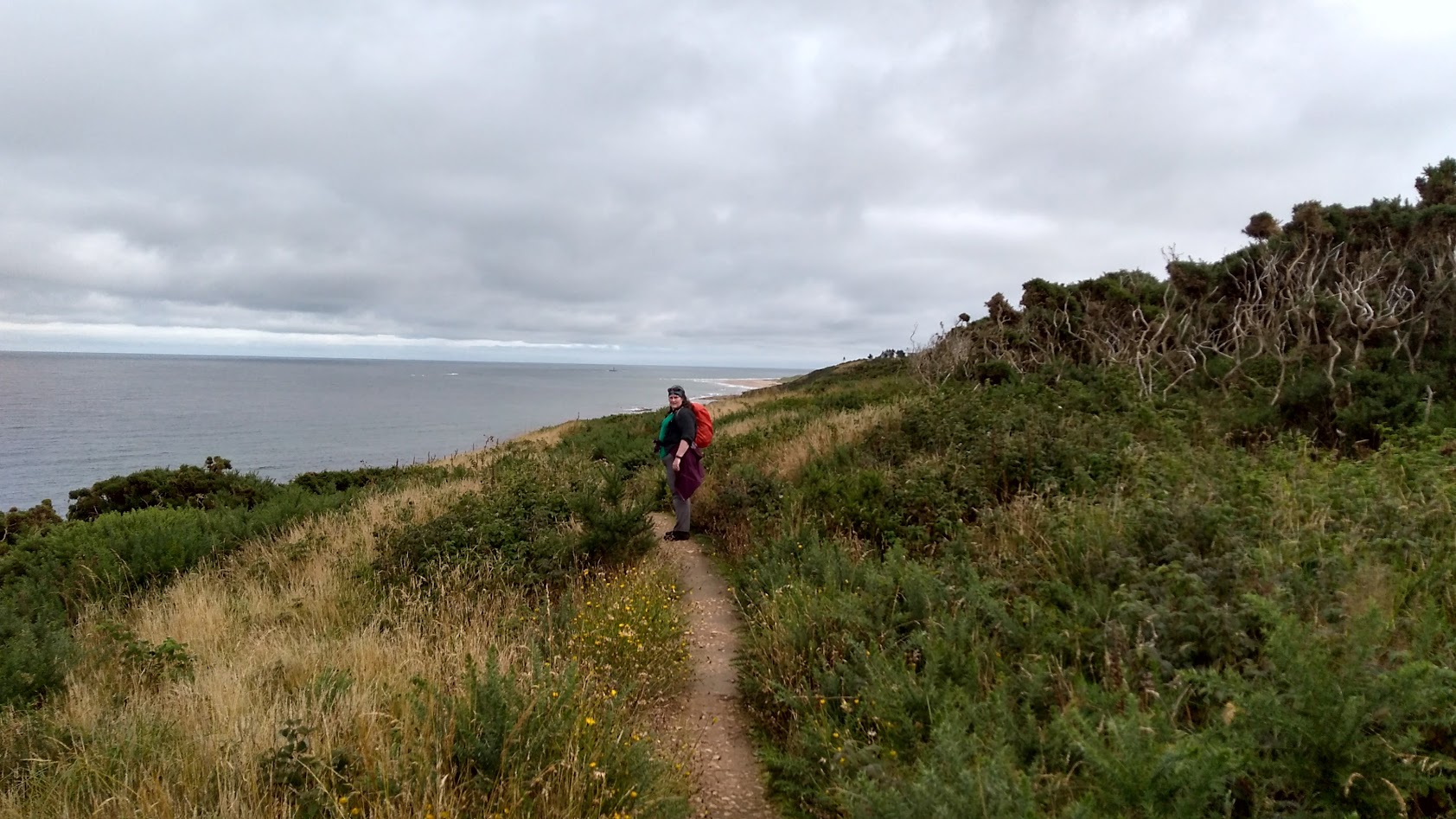 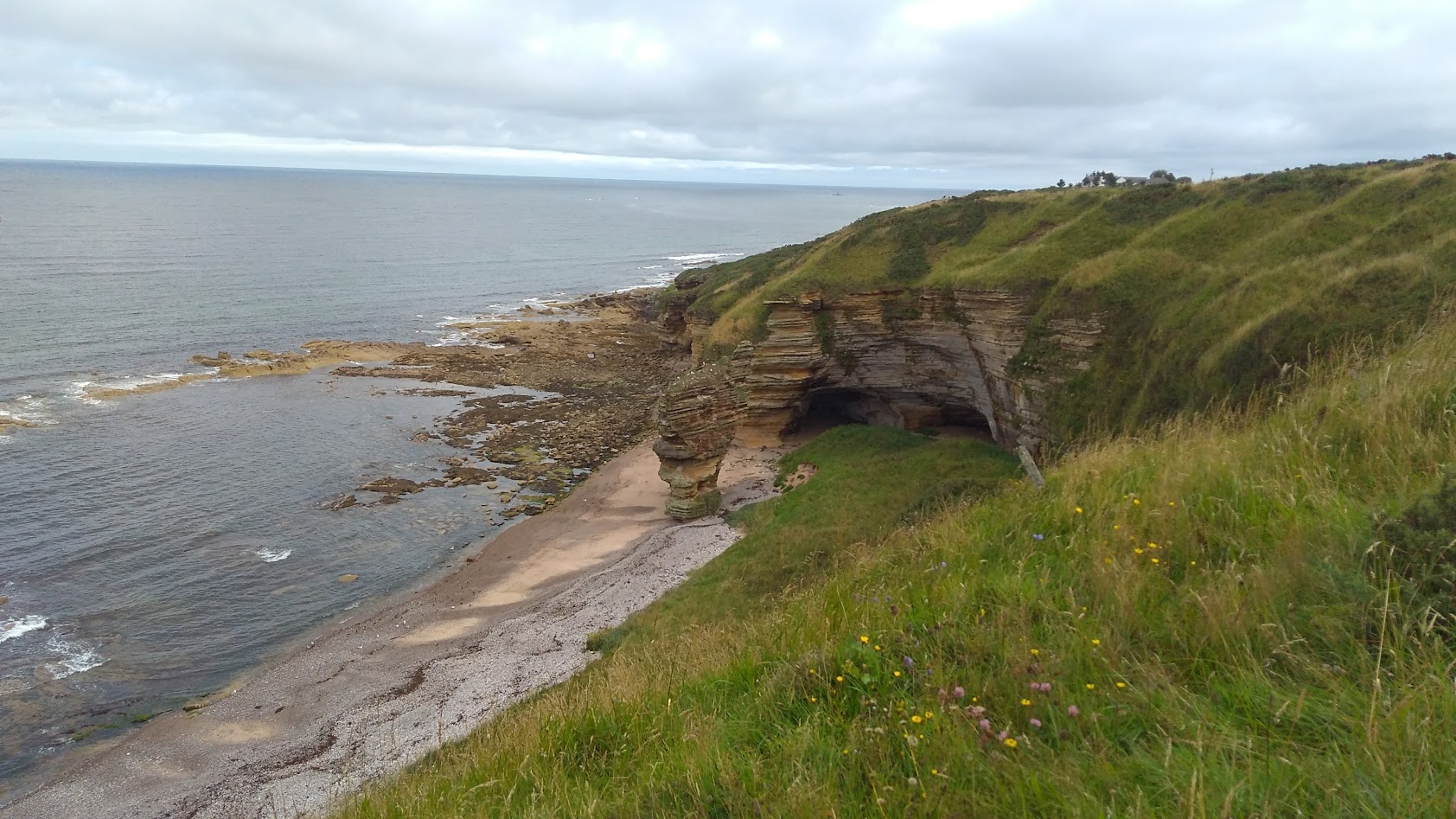 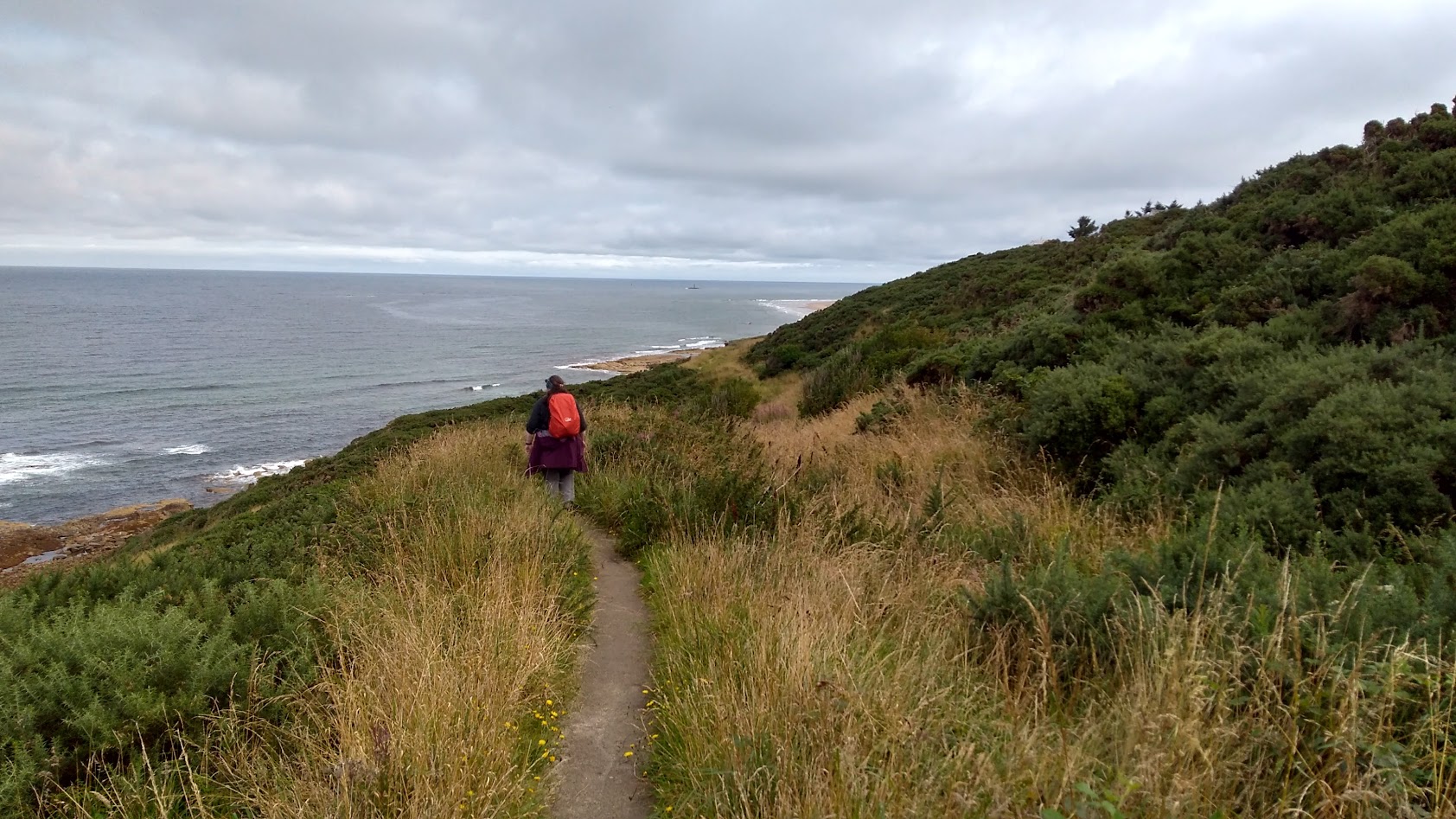 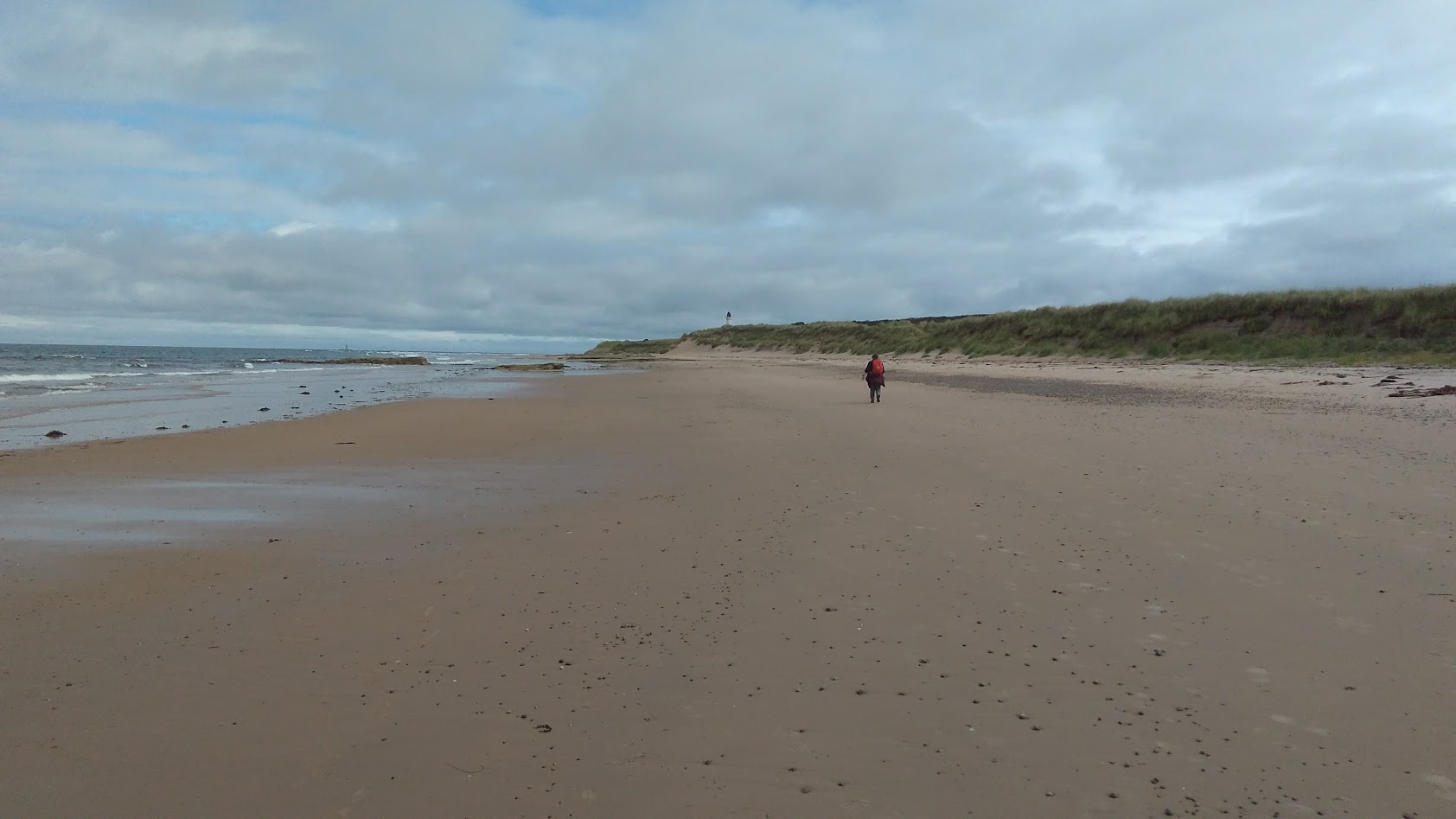 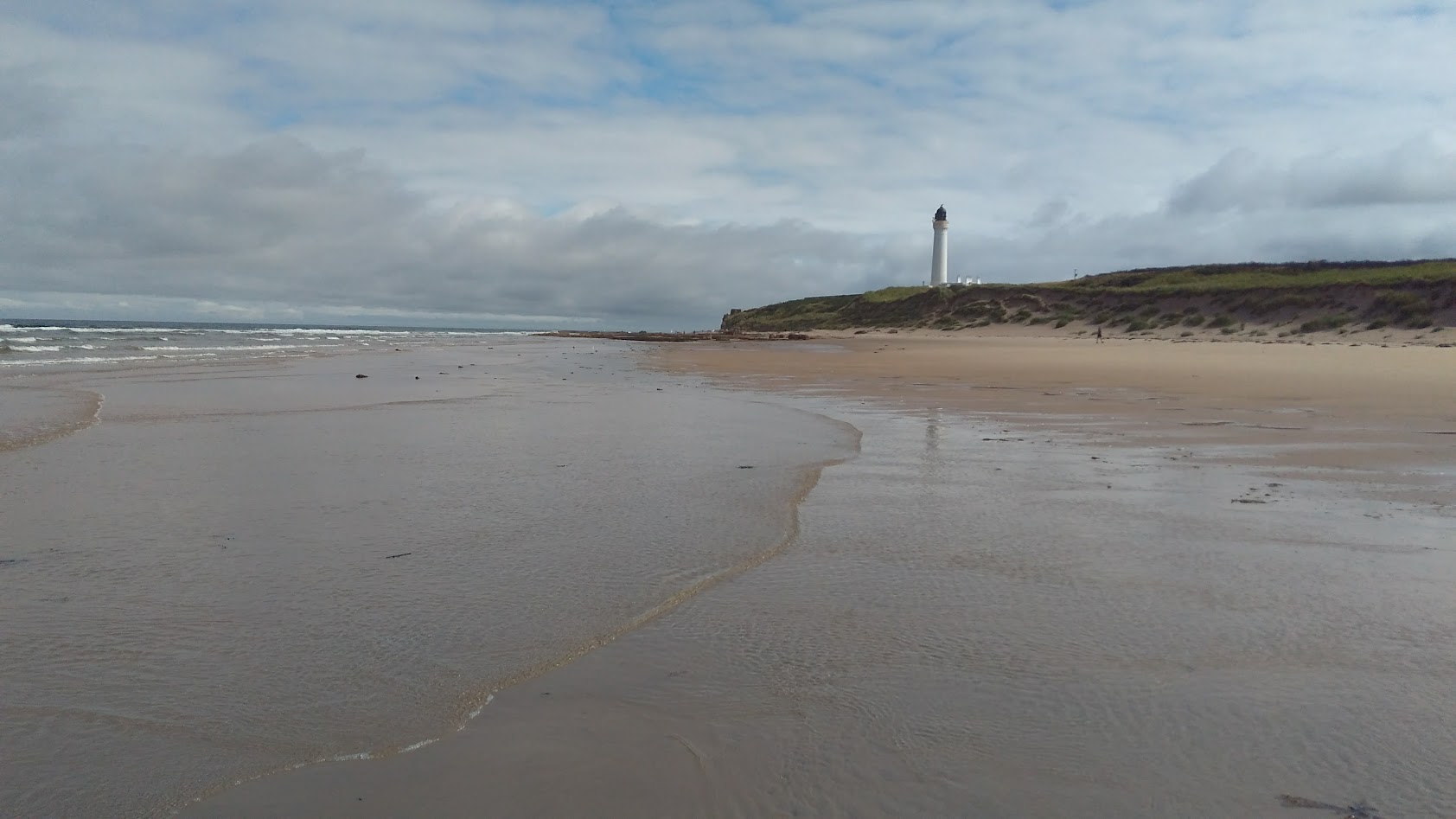 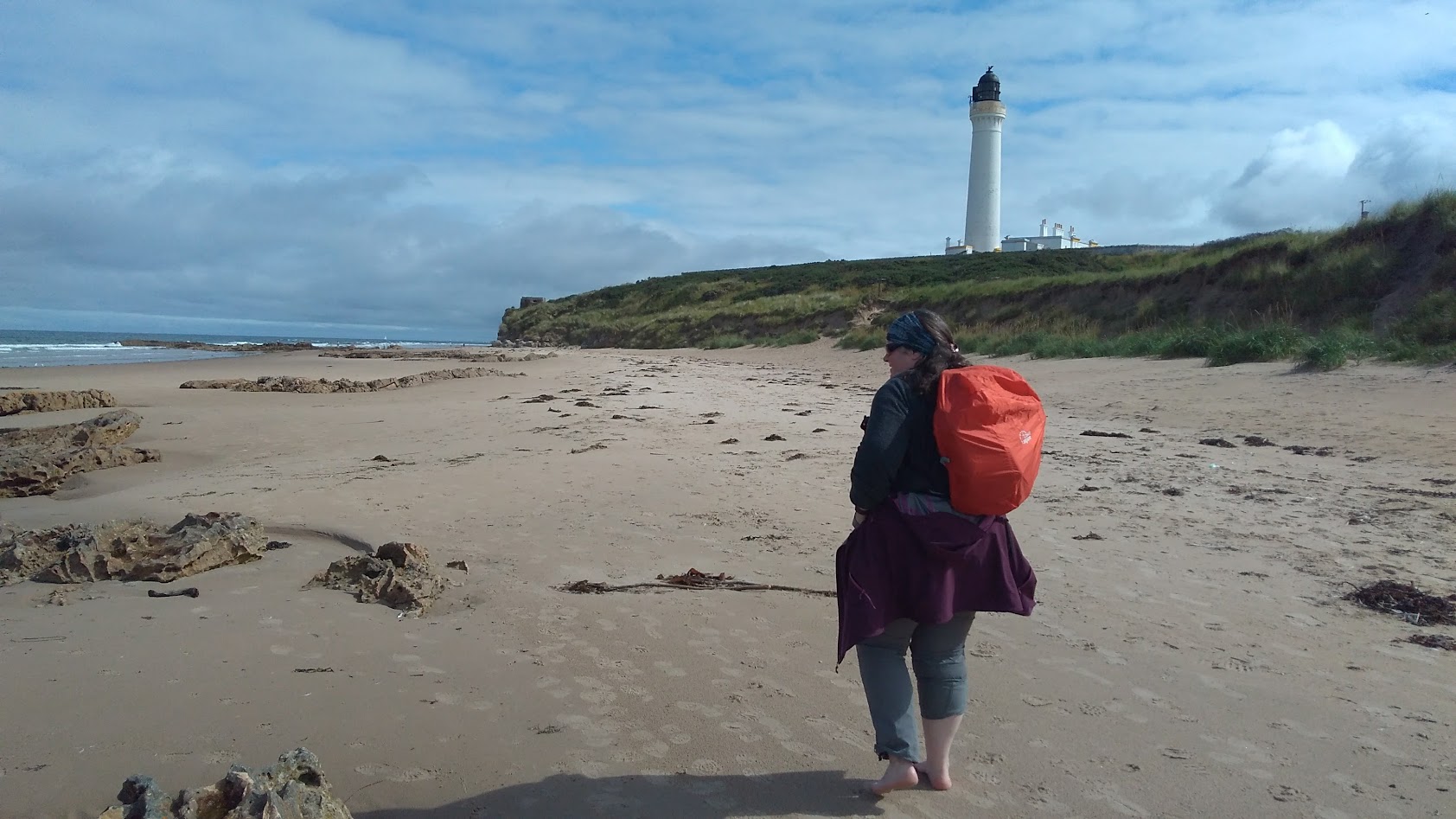 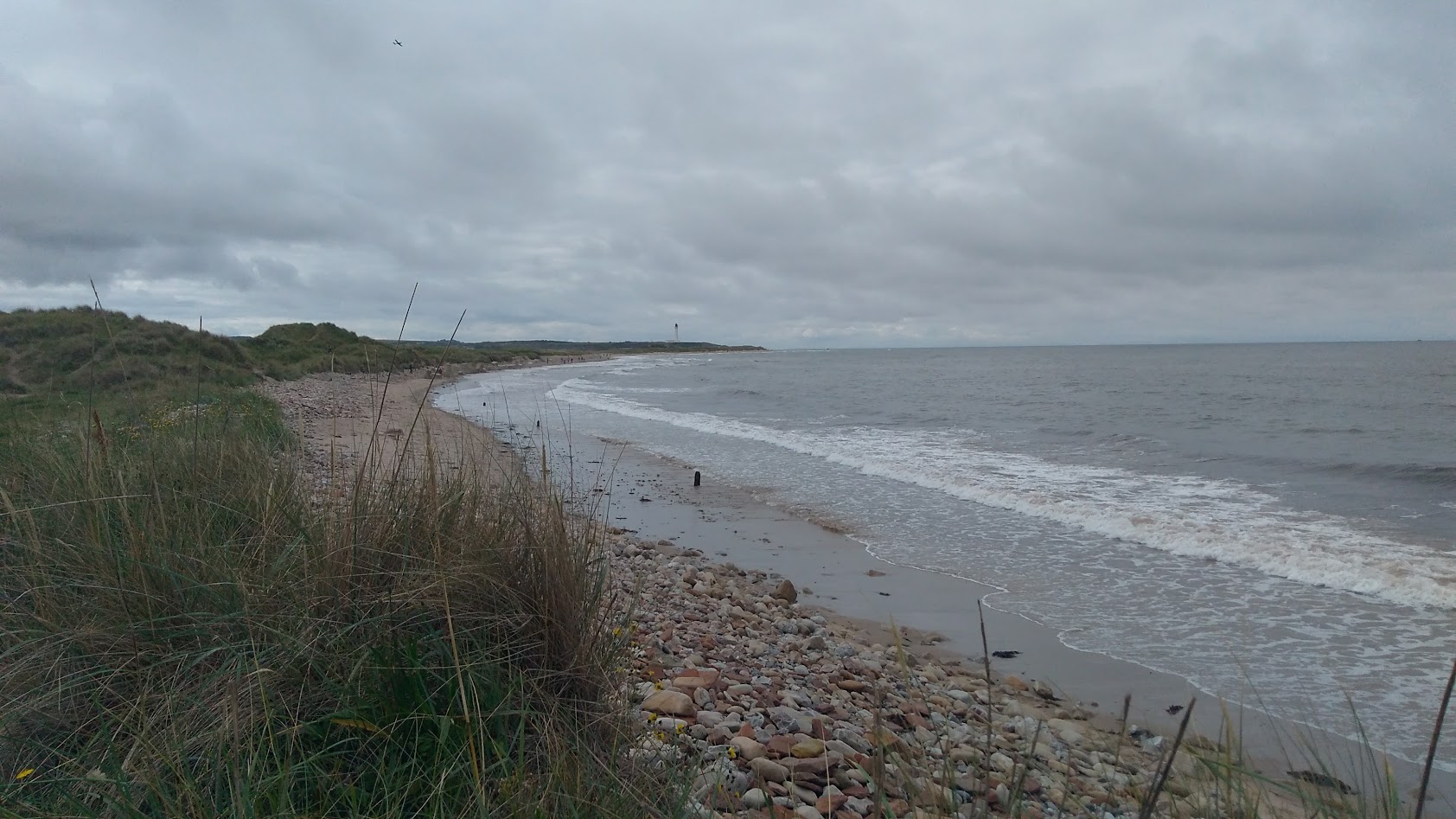 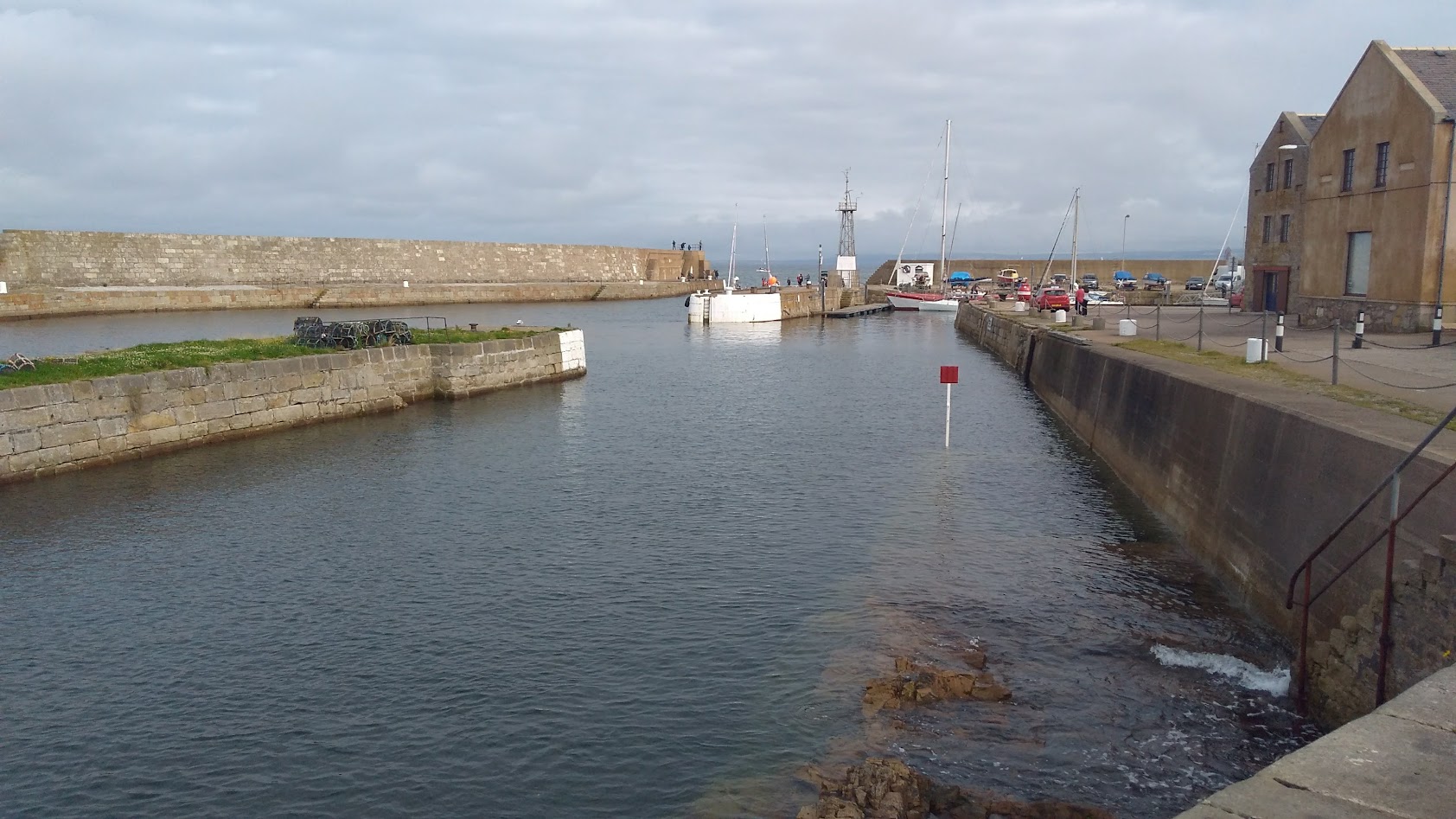 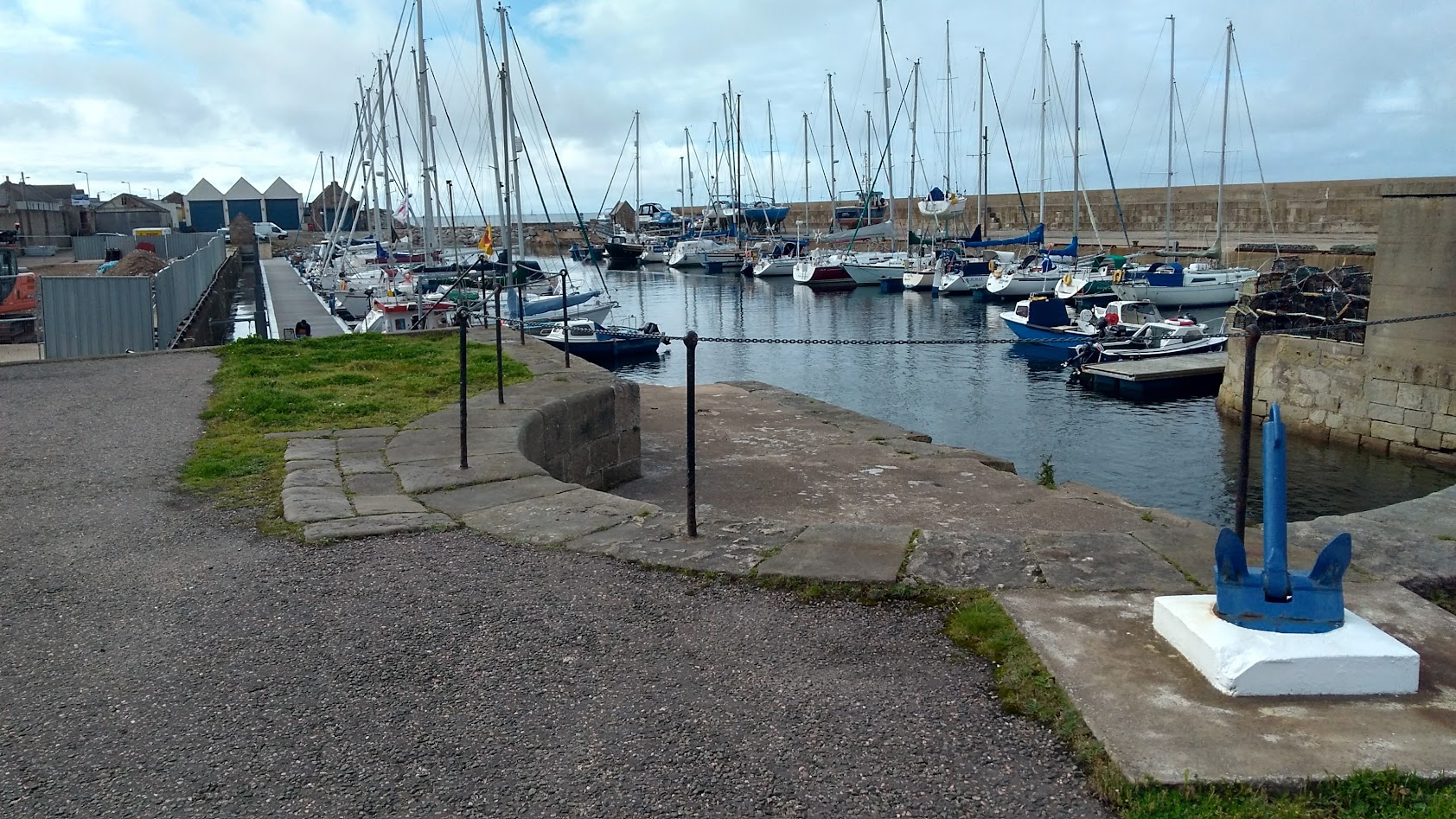 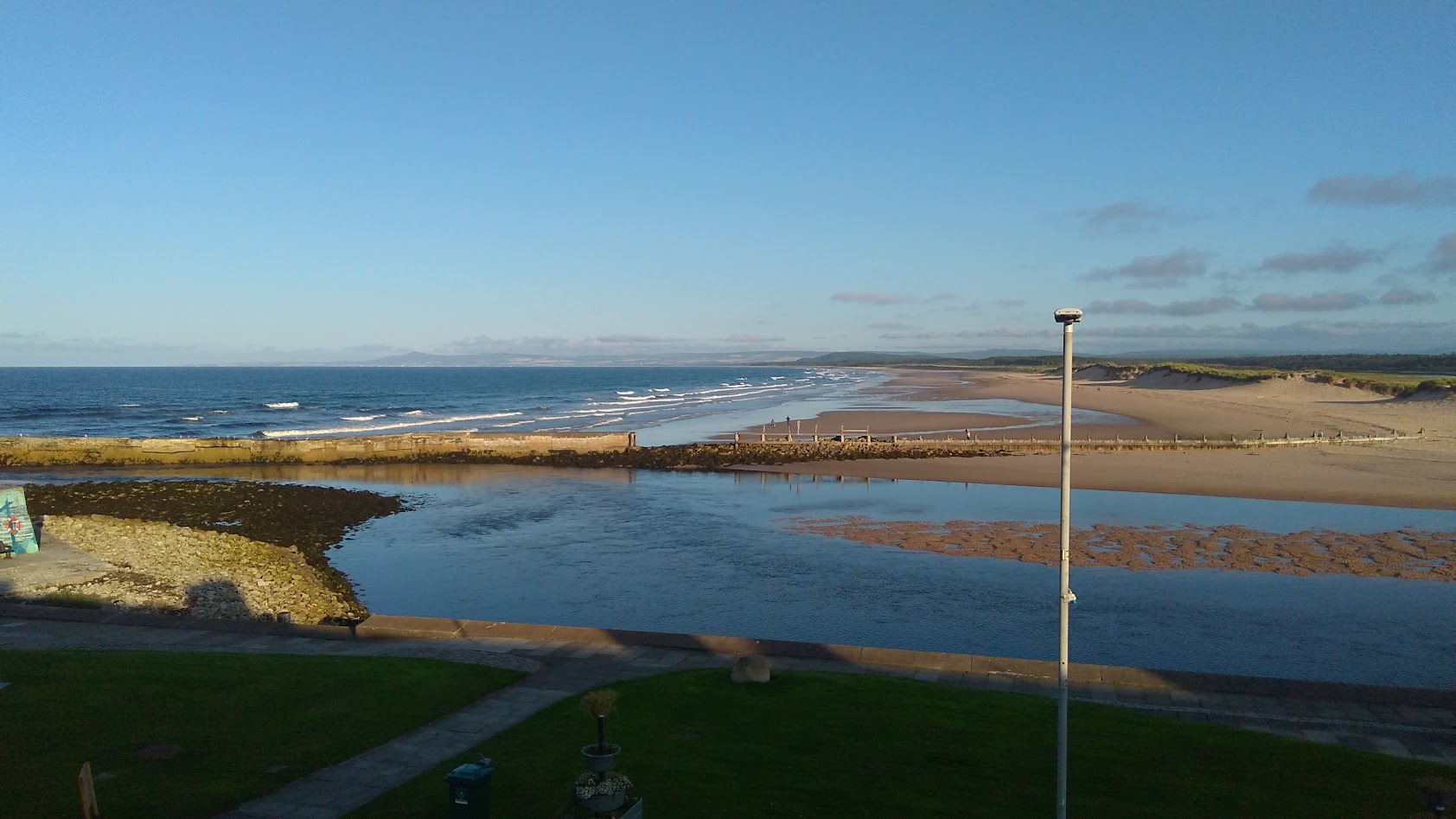 The view from our room looking at tomorrow's walk

thanks Gordie, ive had this problem before copying links from google photos, they are viewing ok for me but it must be a permission thing Ill have a look and try again and repost them

edited the photos so hopefully they are visible, can someone confirm please

I was climbing at Cummingston the day before you passed, lovely area of the coast. Quite a few folk doing the coastal path that day were photographing us.
There are fossilised reptile footprints on this section but I'm not sure the path visits them , worth a visit. https://depositsmag.com/2016/10/11/the-geology-of-the-moray-coast/