As i am only home for a week this time round due to work commitments, a email was sent to T.M to advise him on my available dates, unfortunately (or fortunately!) he was unable to make Sunday as it was Elizabeth's birthday, i now wish i'd have gone to the party!

so myself & my best mate Sonny made a date for Sunday
I had been checking the mwis for a couple of days, and it was an improving forecast albeit not a good day but with drizzle, low cloud & light winds we decided to make a go of it.
My chosen route was to park at Seathwaite farm & the ascent was via Grains Gill & Ruddy Gill, from which i can take the back onto Great End then Ill Crag & Broad Crag, before making the the summit of SP & joining the "corridor" route back down to our start point.
We arrived at Seathwaite at 09:10 & were walking 10 mins later in the fine misty drizzle that gets you really wet as opposed to the real rain which apparently doesn't! start of a very long day

I had gone for the full waterproof cover, where as Neil decided to tough it out until he seen sense at Stockley Bridge 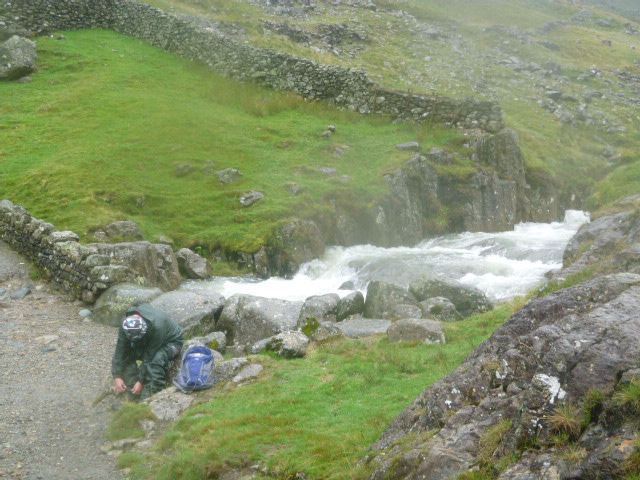 As we are walking at a decent steady pace up the gill i took photo's to show how much rain had been falling overnight all the rivers,strems etc where in full spate 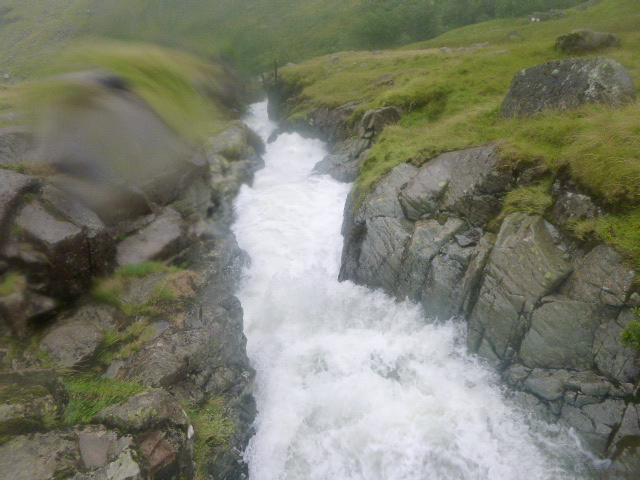 It was an uneventful plod up Grains then Ruddy gills to come out out right underneath Great End where this pic was taken! 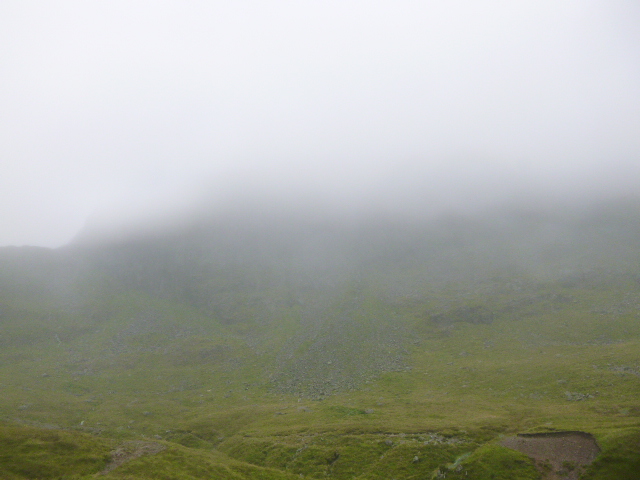 from here we turned left & began the easy walking up towards Esk Hause where i could take the back door onto Great End to achieve another Wainwright. however the higher we climbed the clag became a lot thicker & upon reaching my turn off i decided to give it a miss, as Neil didn't fancy the plod up & due to the weather i didn't want to take any chances leaving him.
So on we went to EH omitting both Ill & Broad Crag, safety first!
This is where the clag got even worse, to the poing of not seeing each other from 15 - 20 ft! where i took a couple of pics of Sonny & Neil, but as you can see it wasn't worth hanging about today! 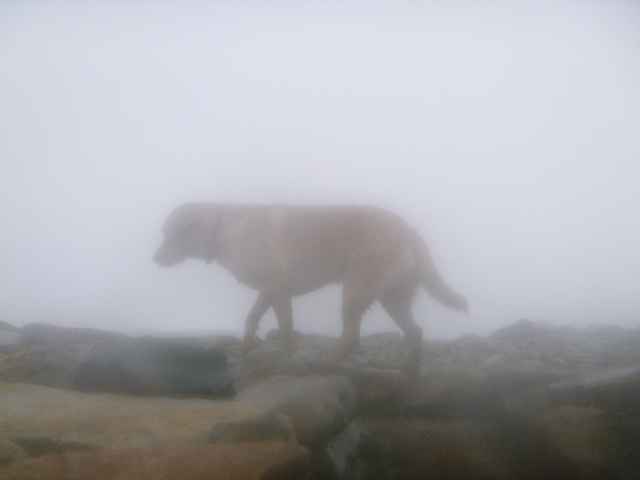 the highest dog in England! from here we took ourselves onto the corridor route for the long, tediuos & as it turns out eventful way down!

I found our path with ease & all was going well, but as i realised soon enough we where on the path going into Wasdale!

I had become "zoned" in on the way cairns, and only realised when 3 ladies stopped to chat & said they had come up from Wasdale, well after goodbye i checked my gps to discover i had missed our turn off about 100m above us! no matter we cut accross the fell side to quickly get back on track (phew!)
A further misdemeanour was had a little further down whilst Neil was talking to a fella on his way down, as i joined them for a chat again we had veered off course

but this time we had to ascend about 200ft to get back on track!
Well now we are back on track and taking the tricky in the conditions descent down to Sty Head Tarn where Sonny siezed the opportunity to get refreshed just in case he wasn't wet enough! 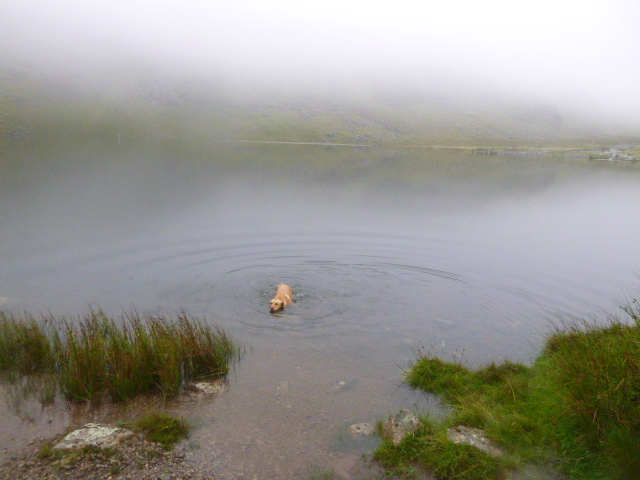 
all that remained was to continue on our long & laborious journey past the 1000ft boulder & pass over once again Stockley bridge & the last leg back to the car.
Neil had totally estimated this walk (as many do!) and has suffered immensely on the way down with sore feet due to bouldery nature of the walk, which showed in the stats, 3.5hrs to get to the summit & 4 hrs to get down

This was the 1st walk i had tackled on my own without TM & although i had a couple of hiccups i was pleased on the whole with the planning & navigating i did, but every day is a school day in these hills & i have learned Not to take your eye off the ball especially in these conditions, as it would of been an expensive taki from Wasdale to Seathwaite

but will your mate go back on a hill again

thanks for the comments TM,
I don't think he will venture back out here anytime soon

As for my navigations errors

i can only get better