There are two Briedtindens on Kvaløya: this is the western one above the village of Vasstrand. From the turning circle at the end of the road a path leads up through the birch forest. It was a ridiculously hot day, about 28C at sea level with no wind, and were immediately assaulted by the local insect life: mosquitos, clegs and flies. The path soon emerges from the trees and crosses a flat, rather boggy area towards a small lake, at which point it fades out. We crossed the main stream and continued on the far side, sweating buckets and thrashing about in knee-high birch scrub. This was not fun, but we decided to go as far as the col and see how we felt! The contrast to the last time I had been here could not be starker - a twilight ski tour in April 2007!

At the col, the bitey insects had gone, though the flies remained, despite a slight breeze. After some dithering, we decided to carry on. The terrain now became much rockier, but the boulders here are quite stable and the going reasonable. About halfway up, we heard a large rockfall in a gully off to the right, probably triggered by the heat! Higher up the ridge becomes a bit more well defined. The final section is a bit scrambly, and we took a detour round the left side to avoid the steepest section, before threading our way through boulders to the summit, which consists of a huge perched granite block. Despite the heat and the continued attention of the flies, the views were stunning, with the sea mirror-calm below and the islands seeming to float above it.

We decided to make a circuit by descending the other ridge. To begin with we had to pick a way through jumbles of giant boulders, but we soon got onto easier terrain towards the col. The descent from here had looked OK from below, but on closer inspection it turned out to be a mix of unstable boulders and low birch scrub. This took us some time to negotiate, before rejoining the path near the small lake. Some of the birch woods here have sadly been decimated by moth caterpillar infestations in recent years, leaving many trees dead and dying. We hurried on down, keen to escape the insects: a small bonus was spotting some twinflowers in the woods. Coming out of the trees - Senja in the distance 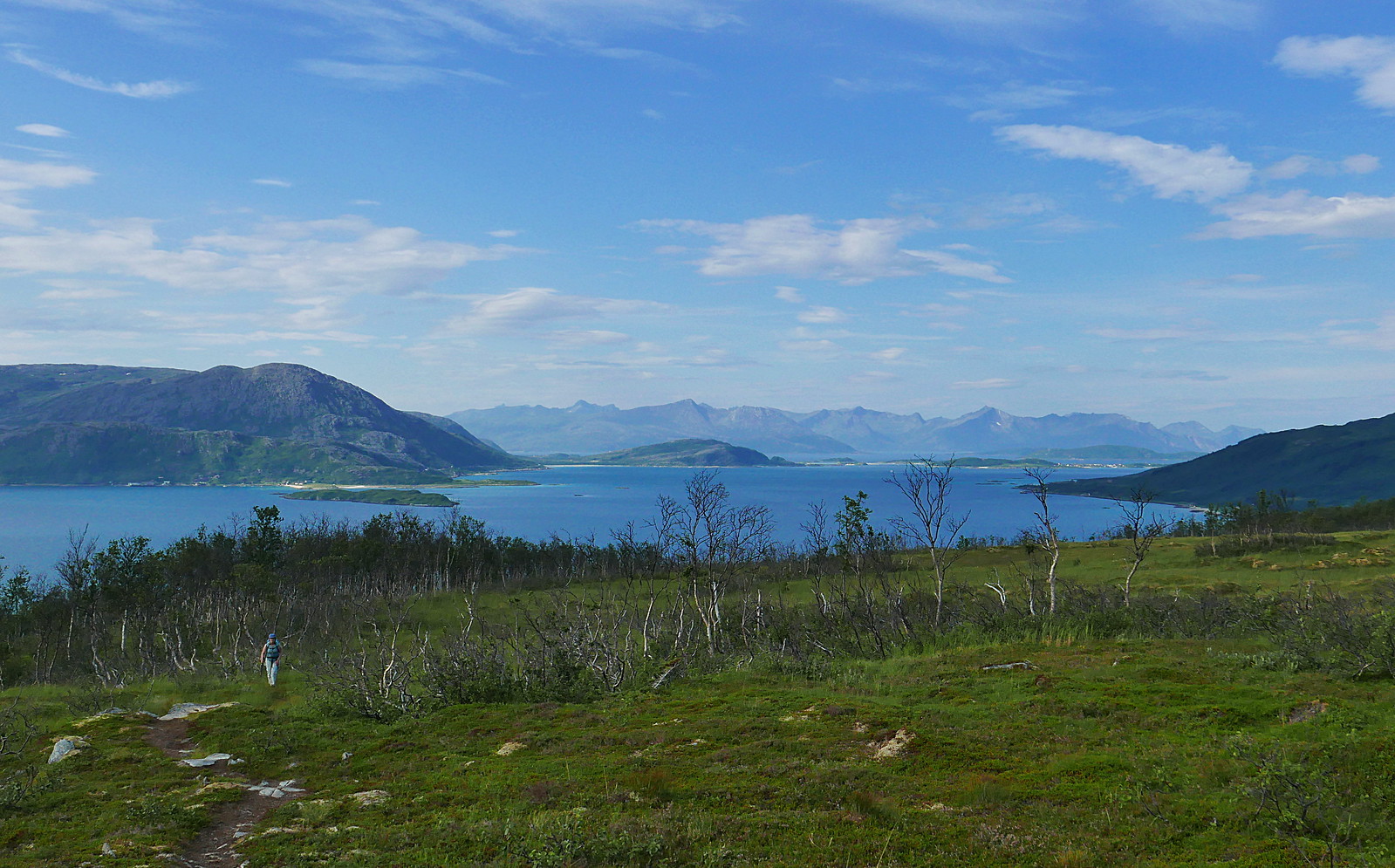 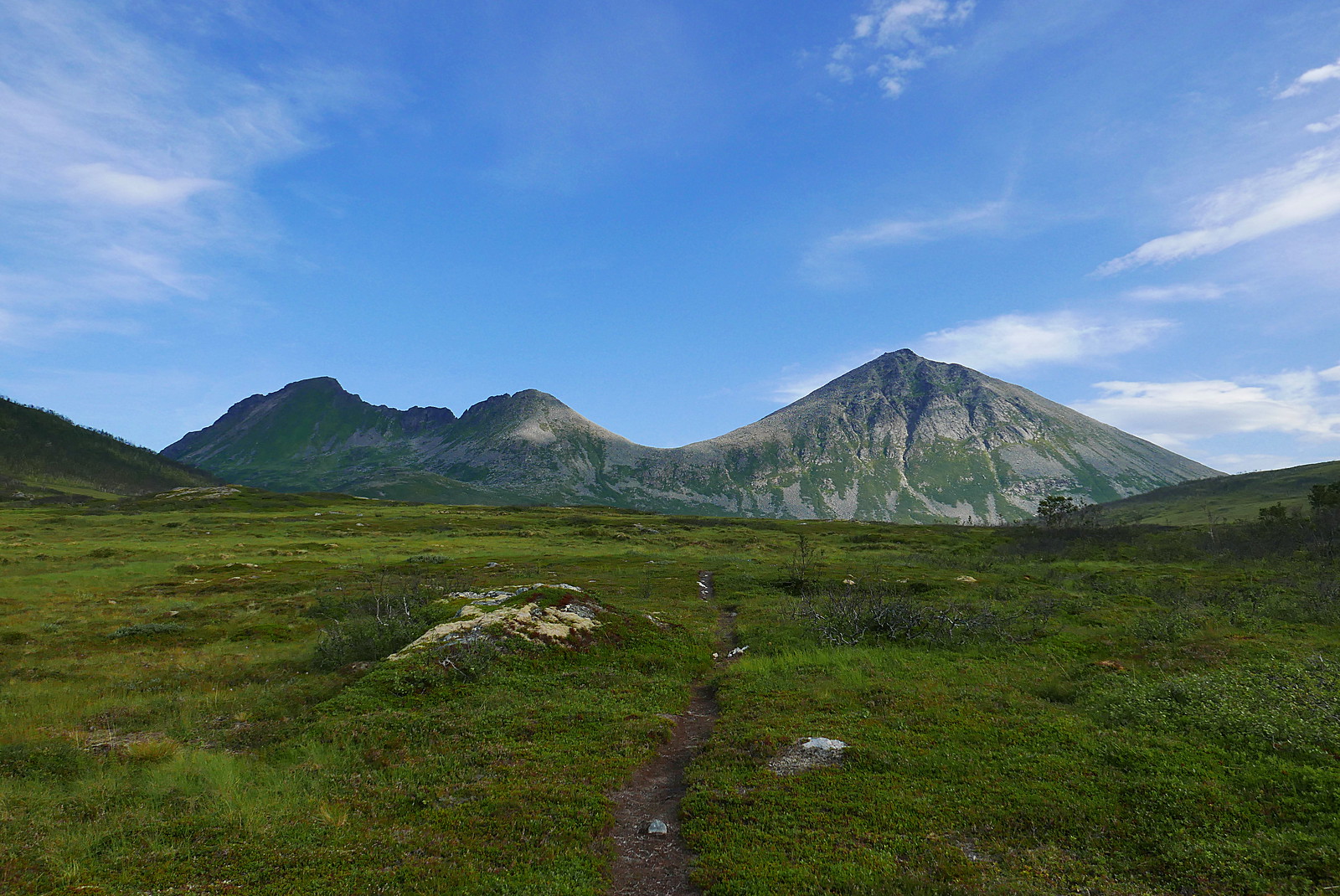 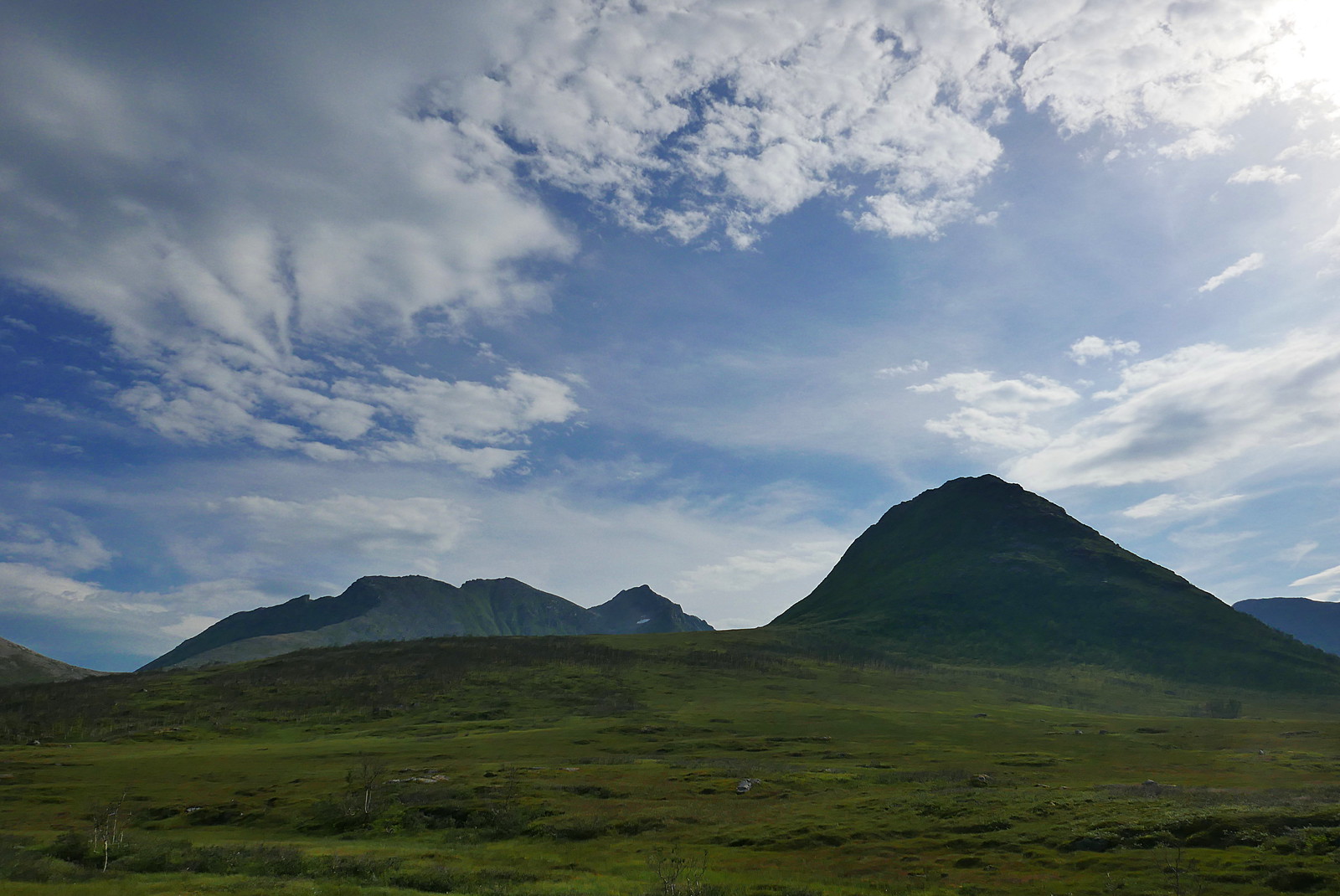 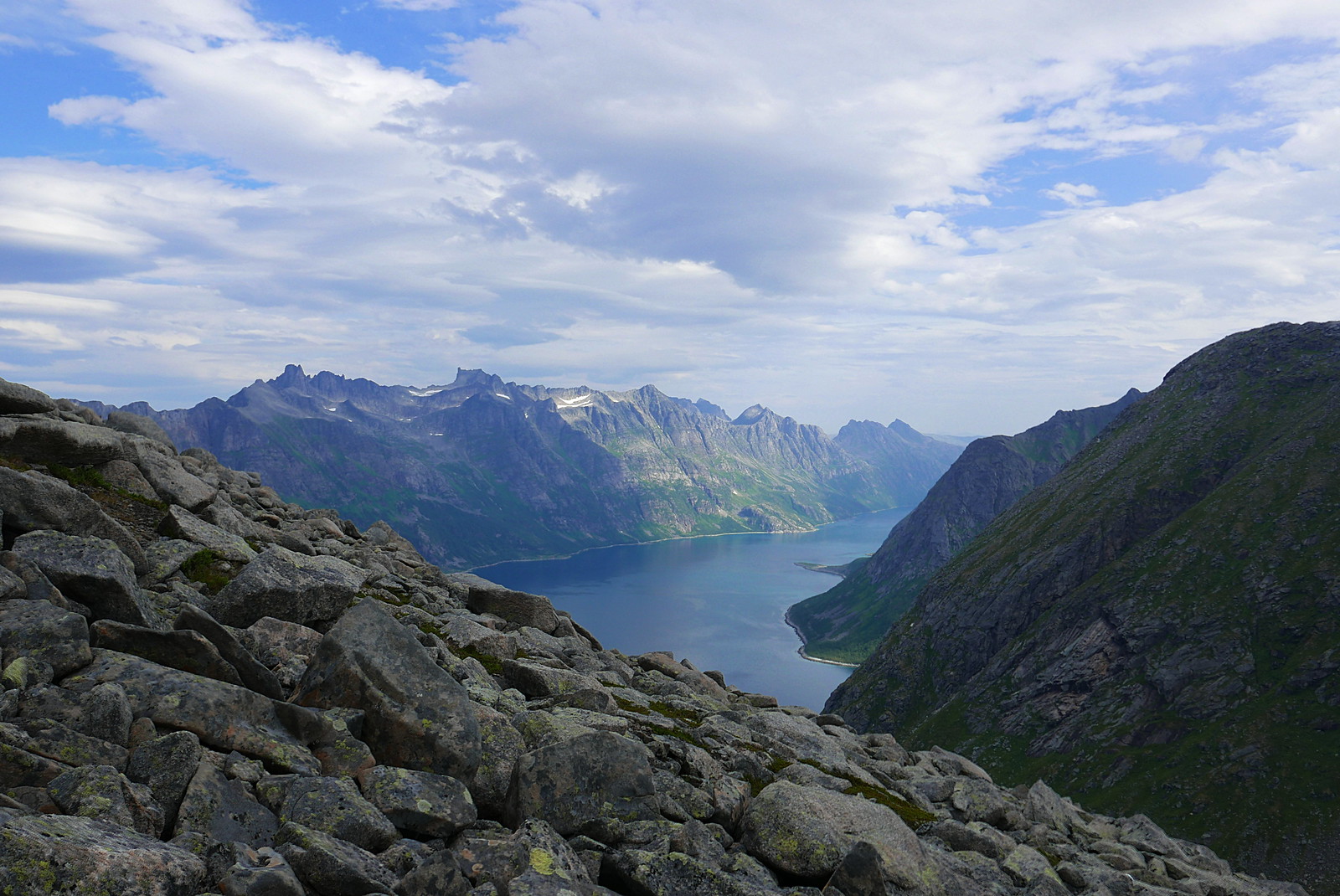 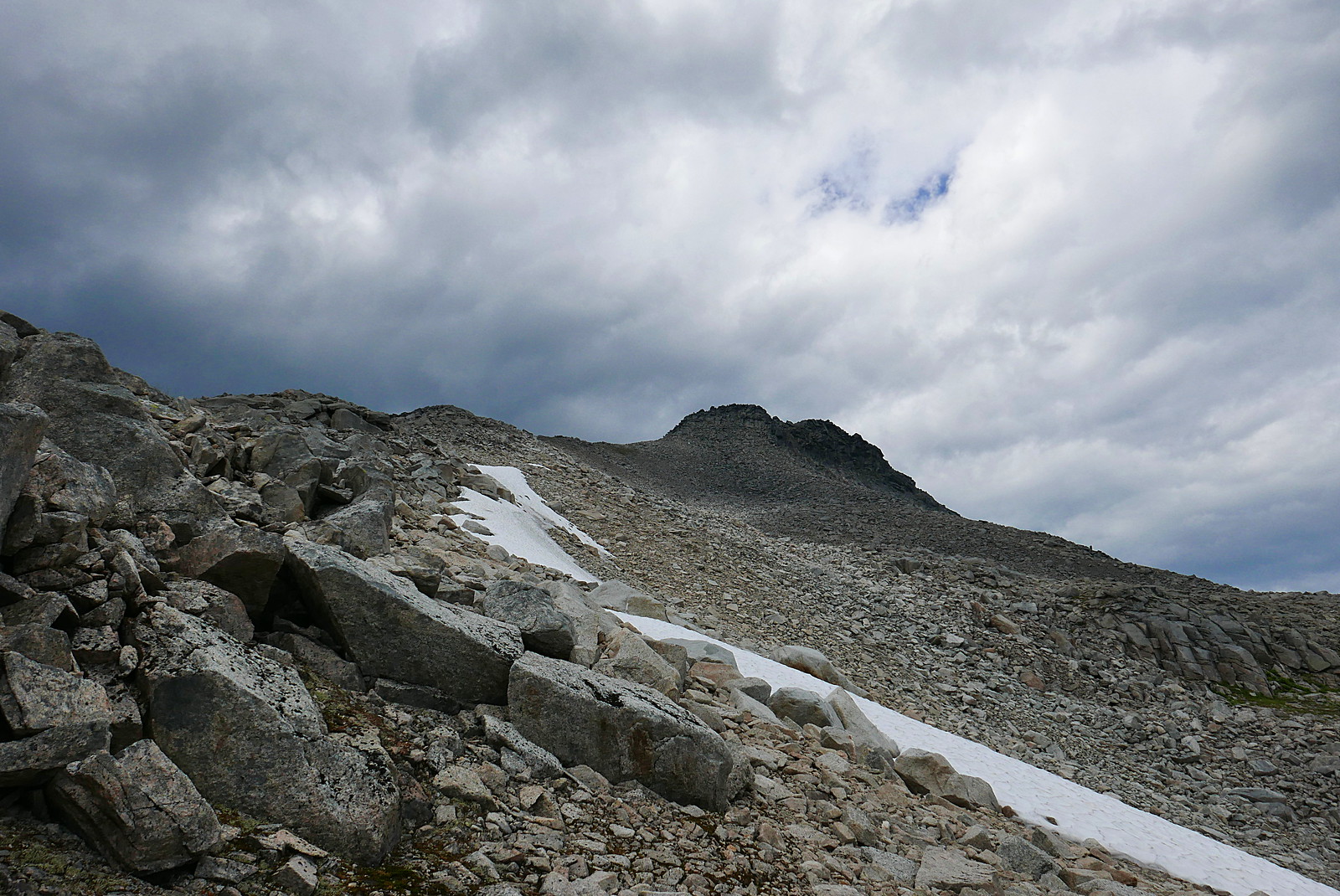 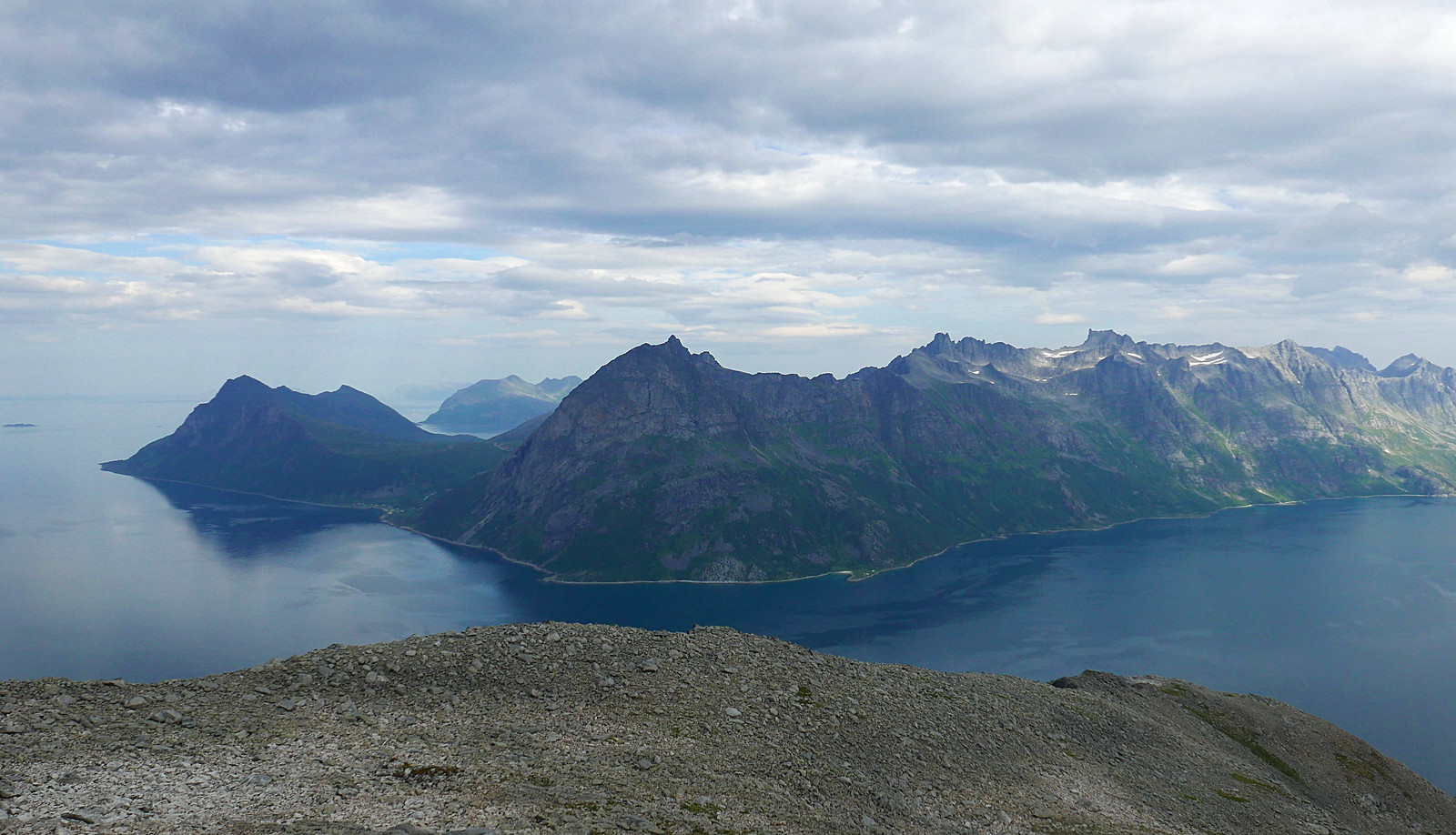 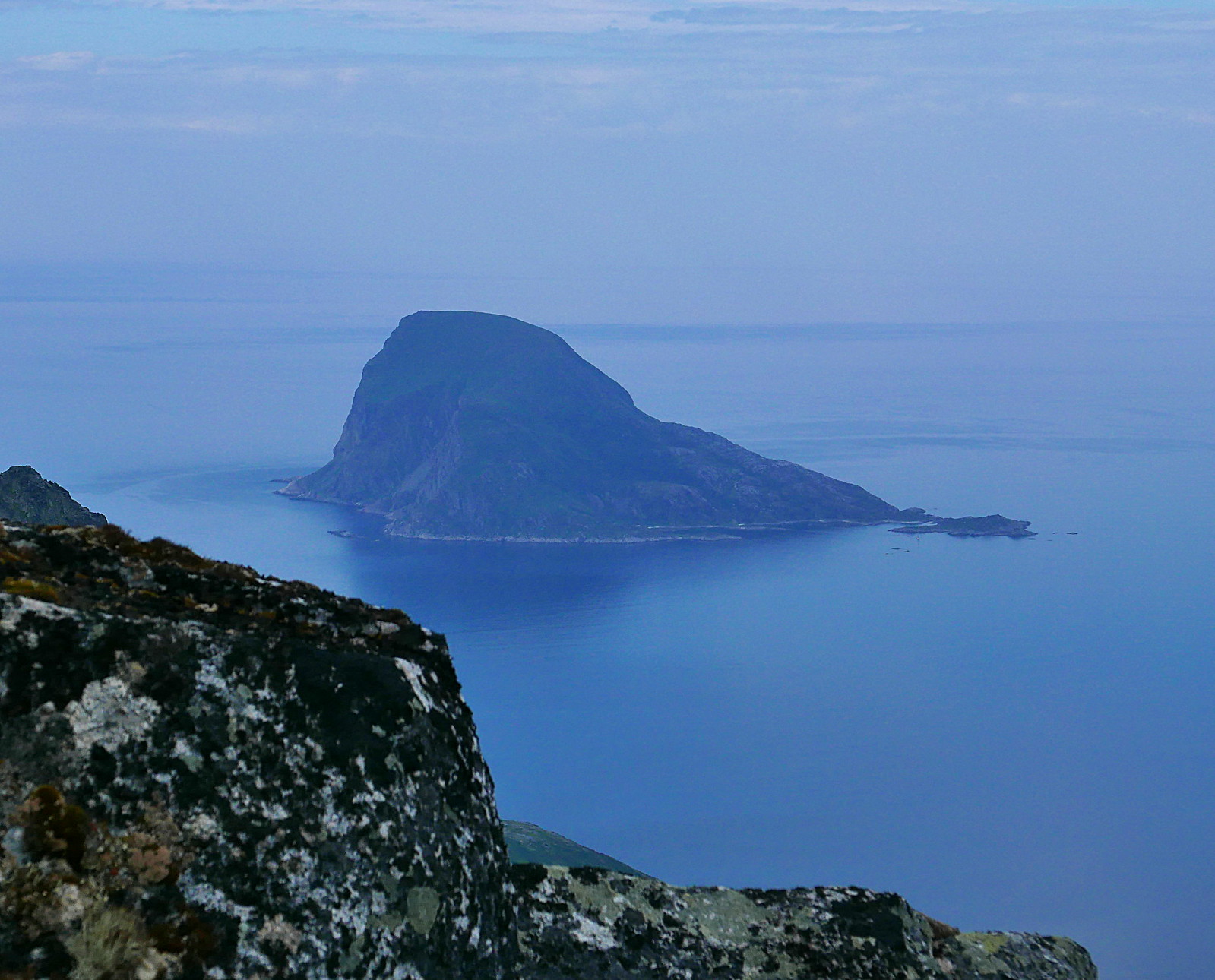 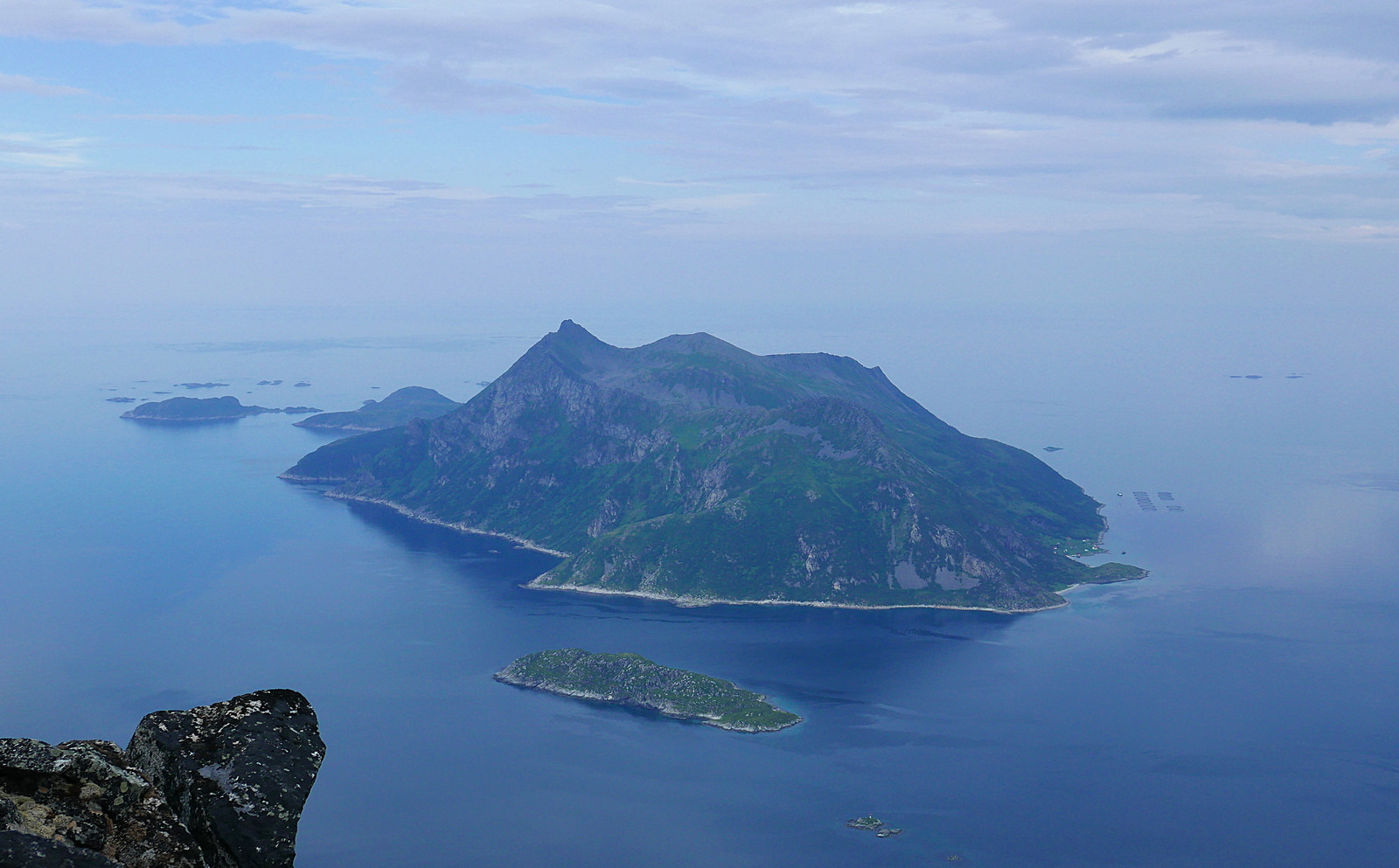 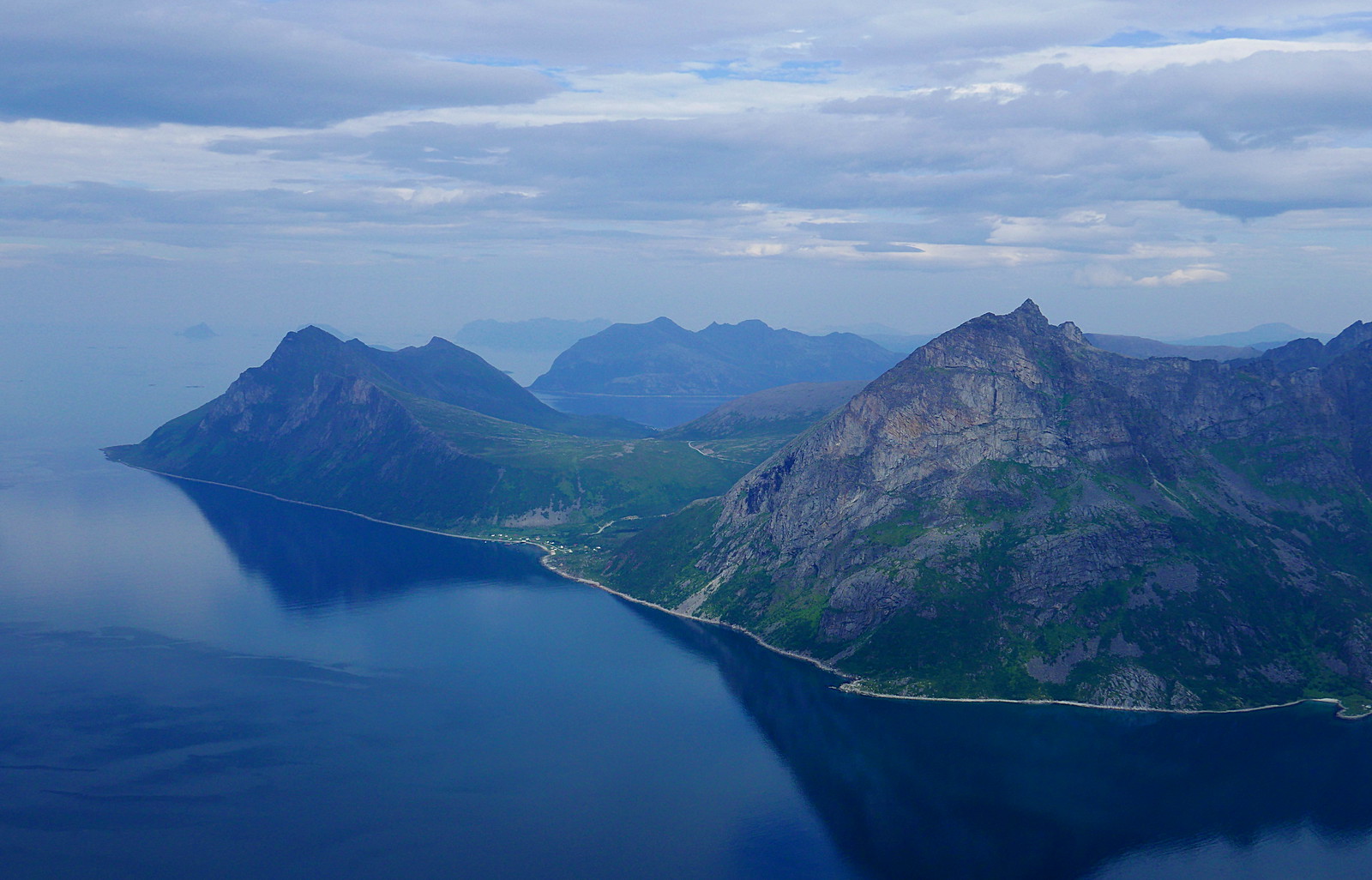 Ersfjord - Hollendaren is the most prominent peak 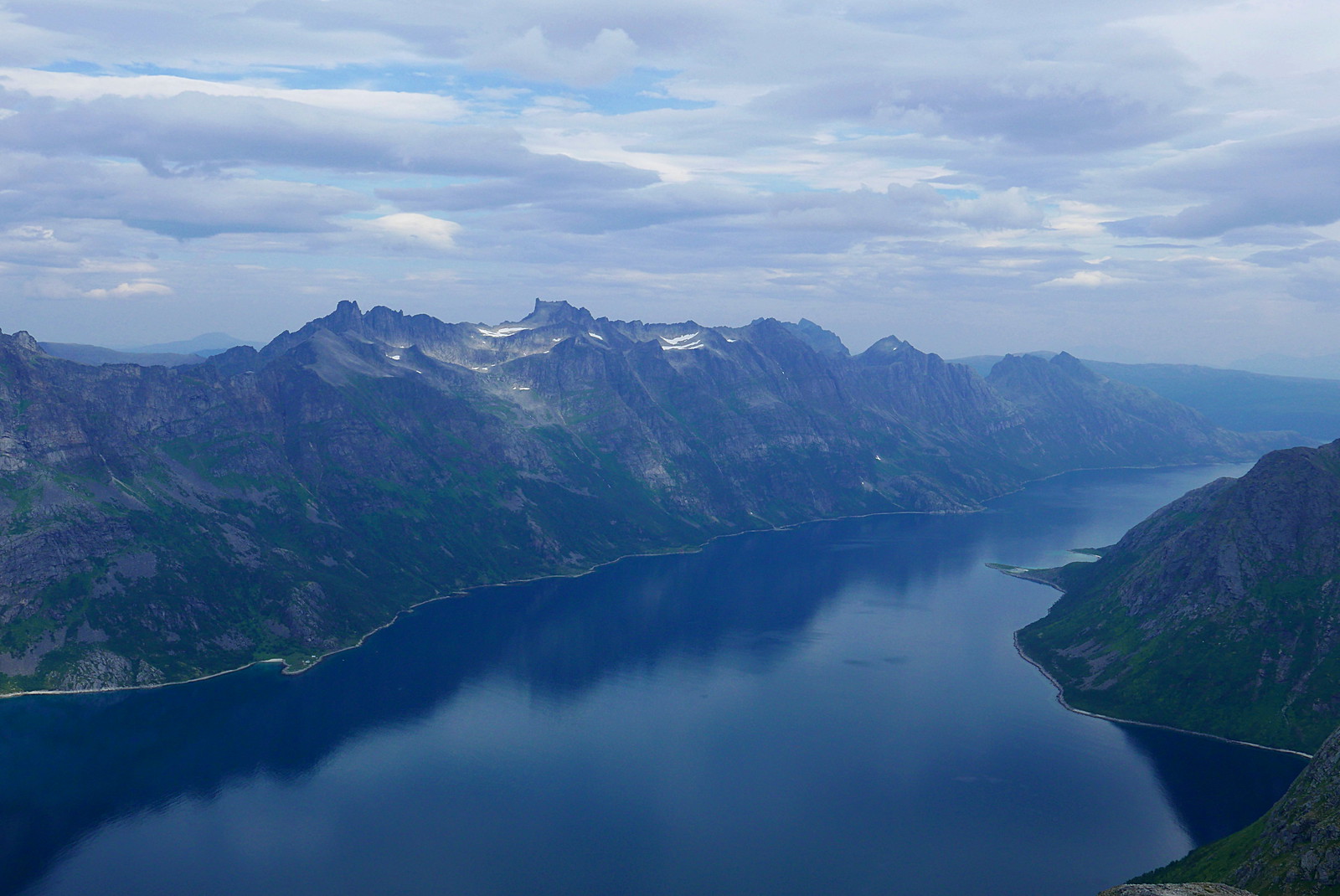 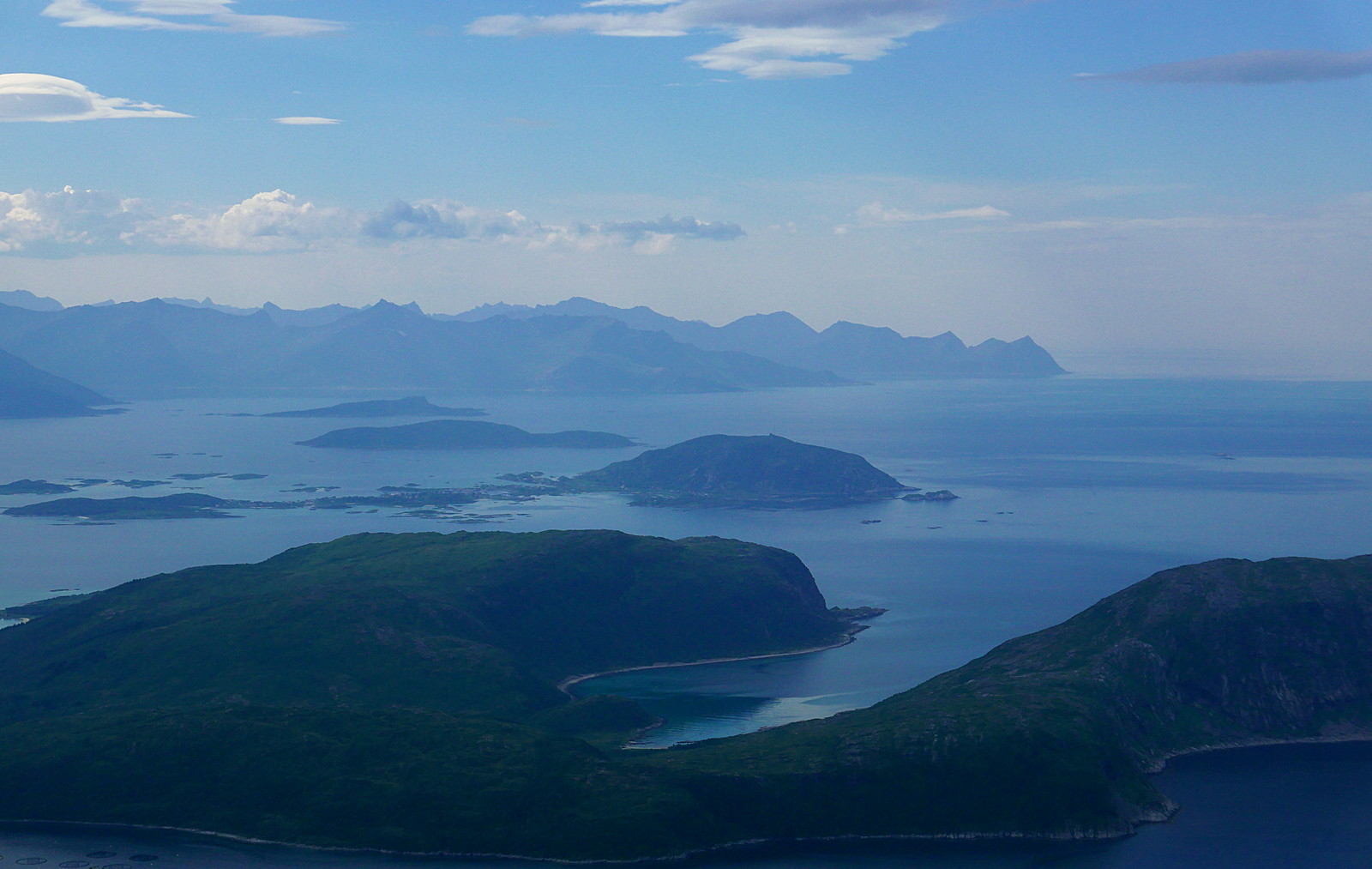 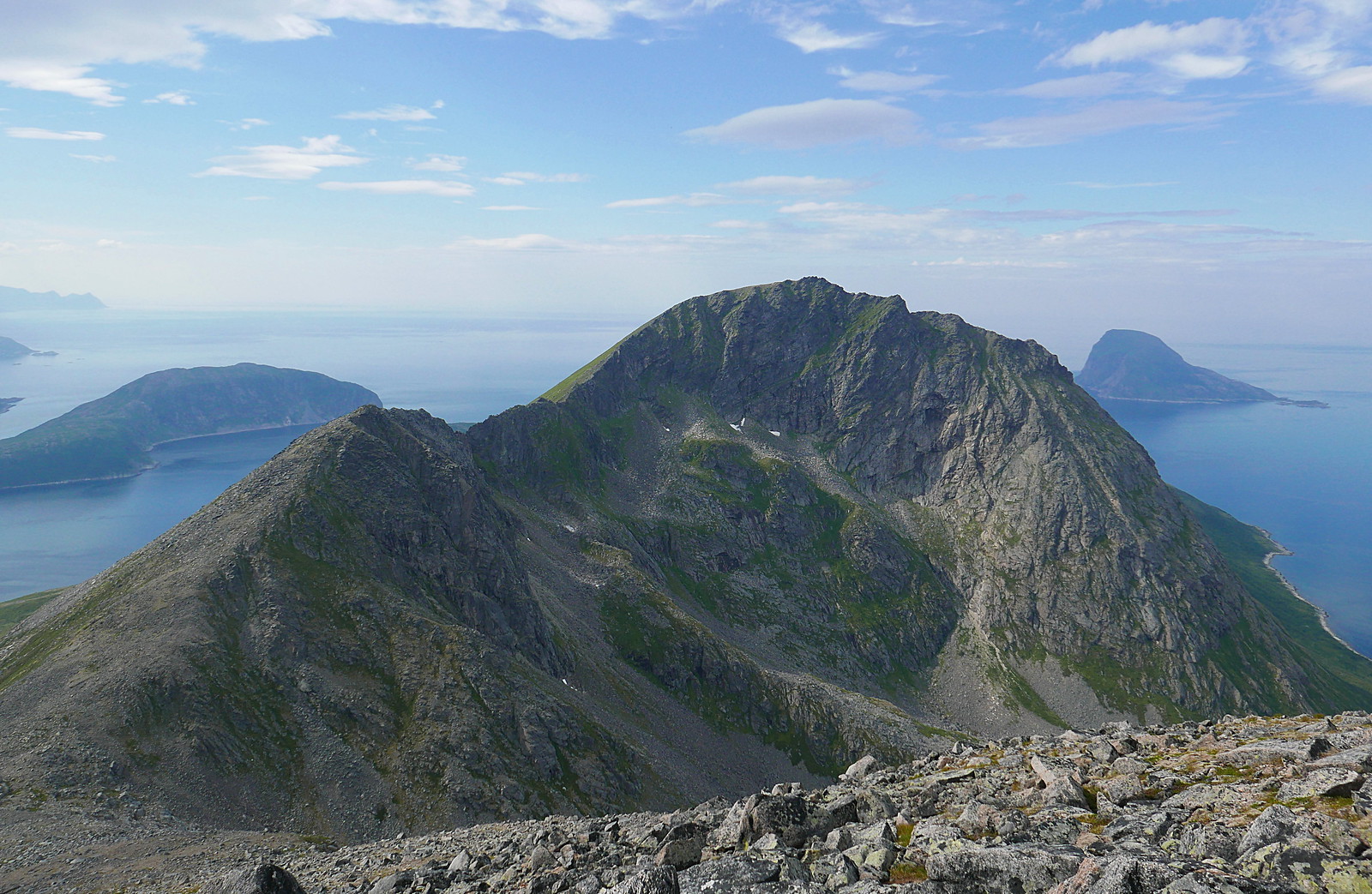 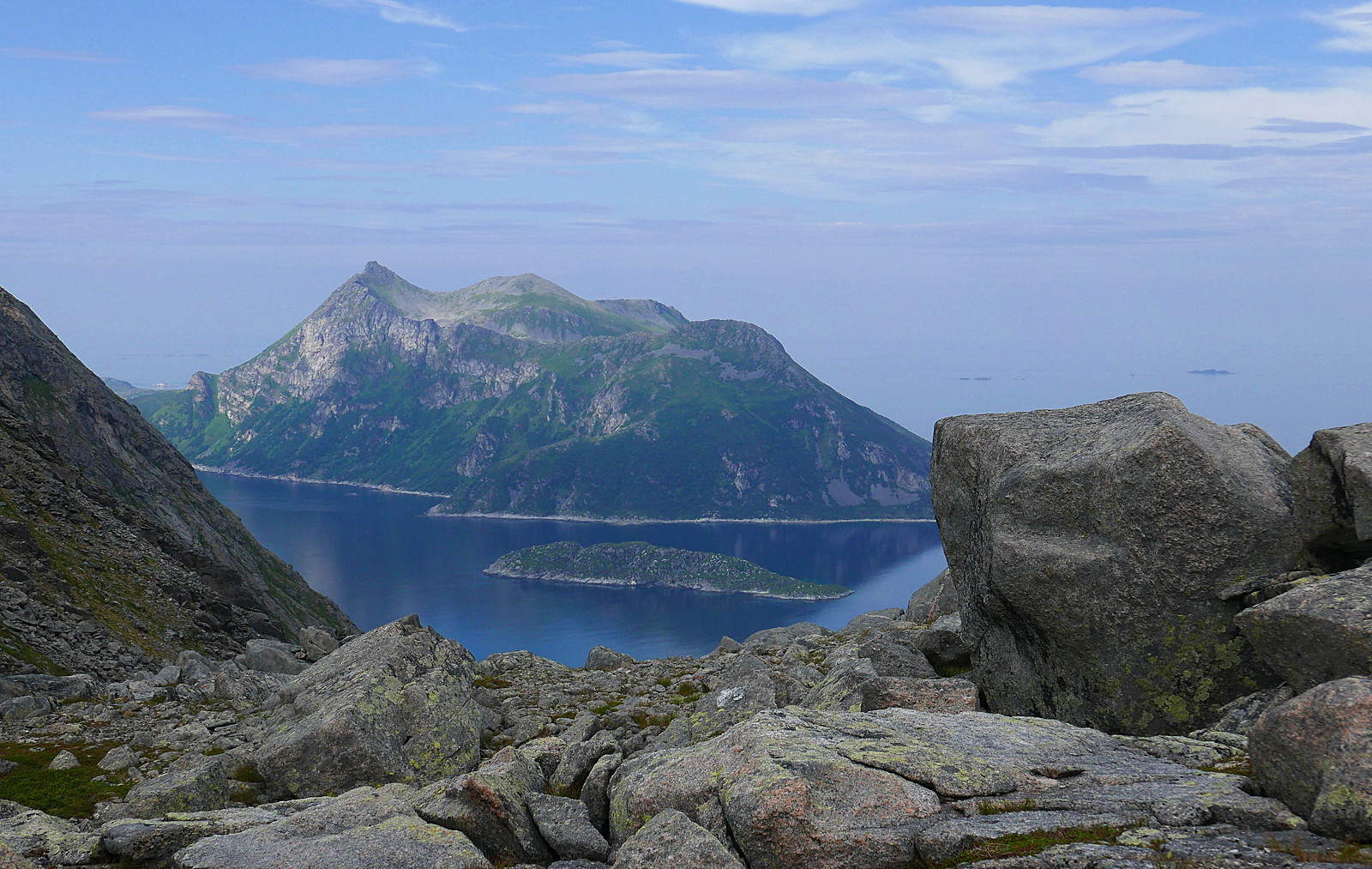 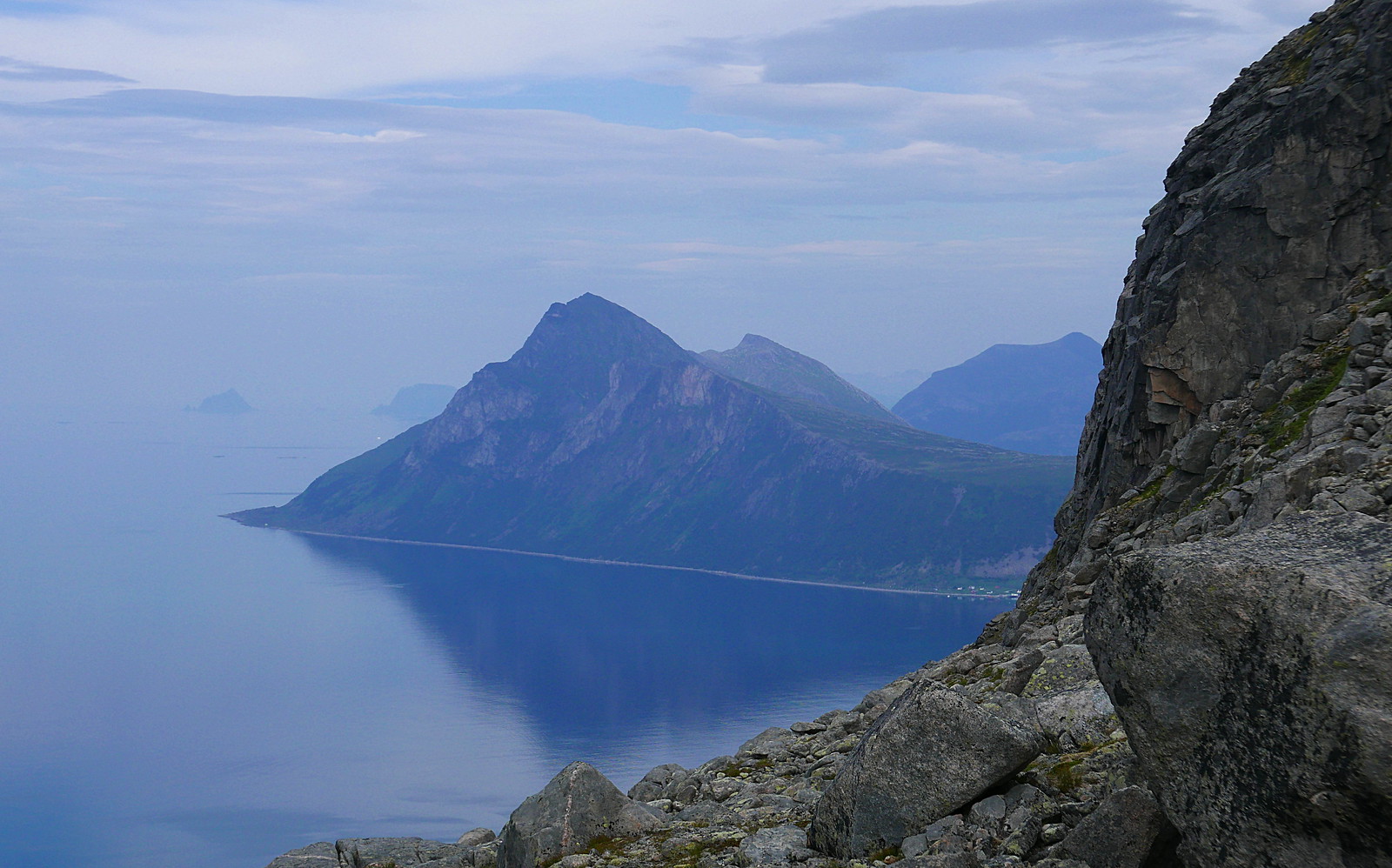 Looks superb; in some ways remarkably like Scotland, but more dramatic and on a far bigger scale of course. The route sounded hard going in places, especially the descent. I'd love to visit Norway one day.

Thanks Dizzy - it is indeed a wonderful place!

Can't add anything to what's already been said: just wonderful! Norway has to be on my bucket list...

That's high praise coming from you, sir, thank you!
I'm sure you would do it better justice in terms of photography....