We had decided to head to the best weather this weekend, which happened to be the northern Cairngorms. Since Jackie was still slowly building back up to full walking capacity (and I lived much closer), I decided to get a slightly bigger hill in before we met up. So on Saturday morning I headed down to Glenmore, with Meall a' Bhuachaille being the only realistic target given the high winds. I was running slightly later than I wanted to be, and despite the wind the weather was very mild - more like late spring than February. So at the last minute I decided to go in t-shirt, shorts and trainers and run the circuit. This is pretend hill-running really - the paths are far too good for the proper masochistic experience


MaB Map.gpx Open full screen  NB: Walkhighlands is not responsible for the accuracy of gpx files in users posts
Leaving after 10, I was up at An Lochain Uaine in no time at all, and passing Ryvoan not long afterwards. 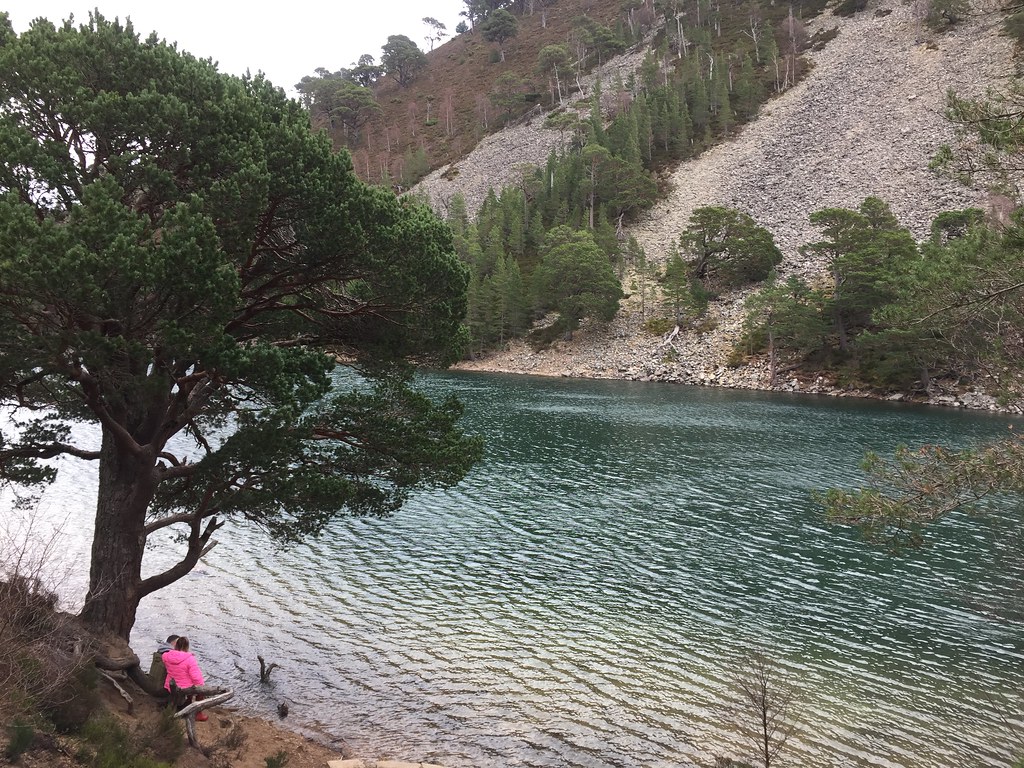 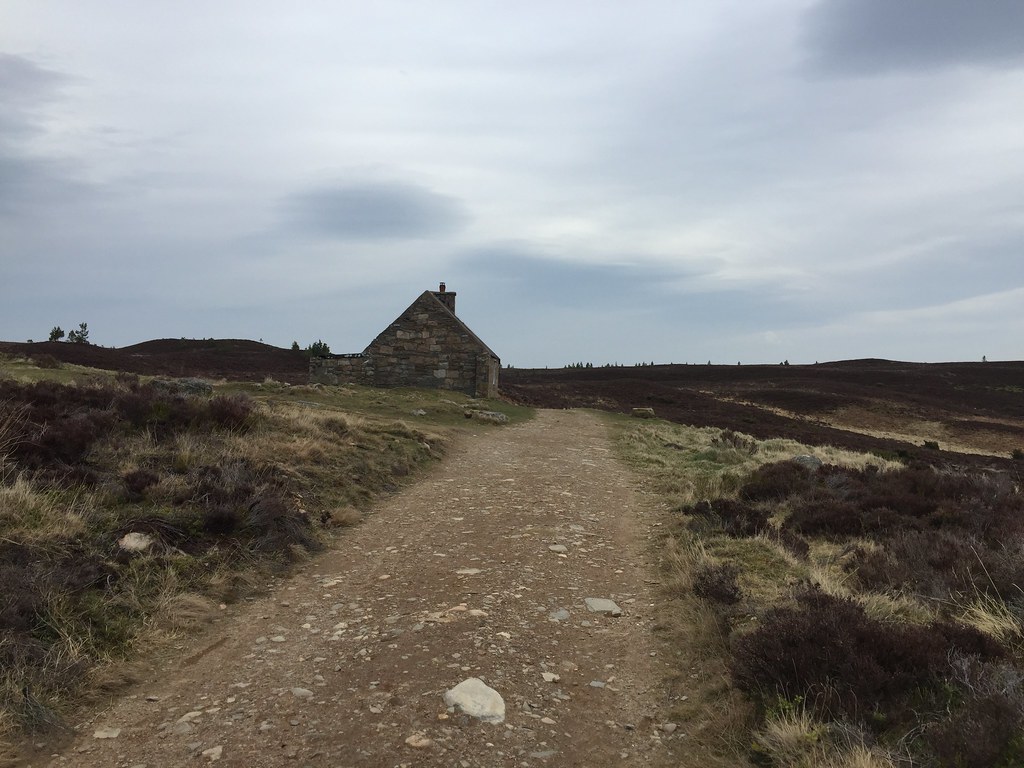 Then the proper hard work started. The path up from Ryvoan is great these days, and it starts off not too steep. However by the time I met the first of the steep stone staircases, I was basically walking! Most of the going above this was fast walking rather than running (which I blamed on the strong gusts rather than my lack of hill-running experience

), but I was happy enough to be on the summit in around 45 minutes. It certainly was breezy up here - not really a day to be on the main plateau! I could see smoke over near Rothiemurchus Lodge, which I later found out to be a forest fire. 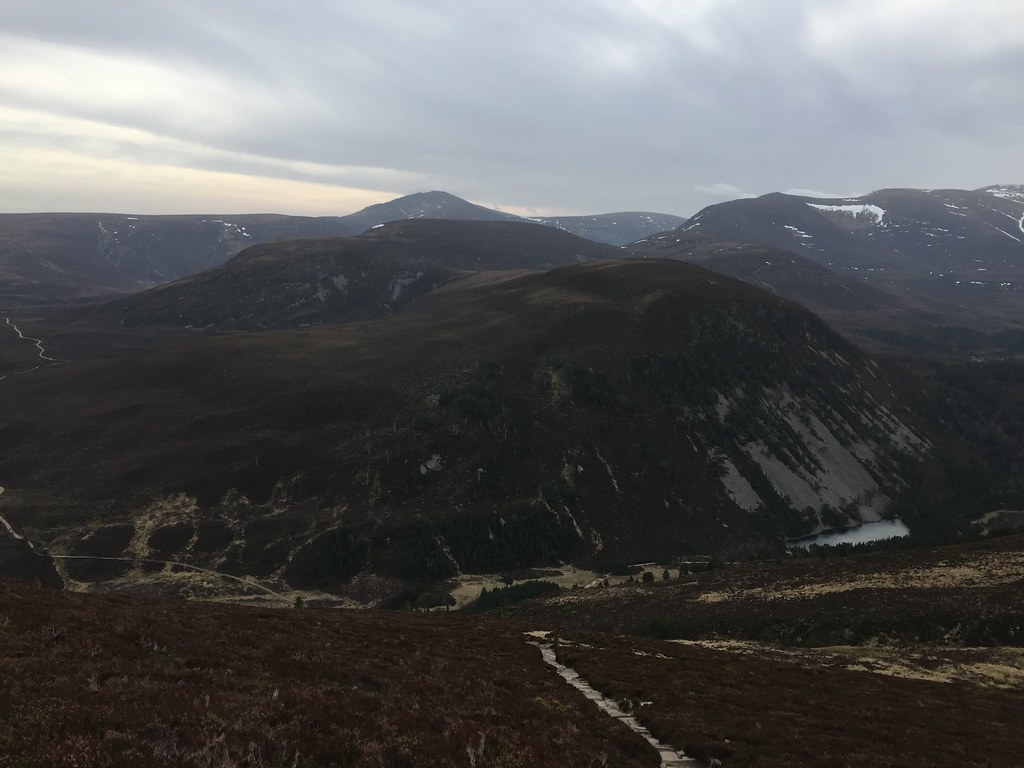 Looking back to Bynack More 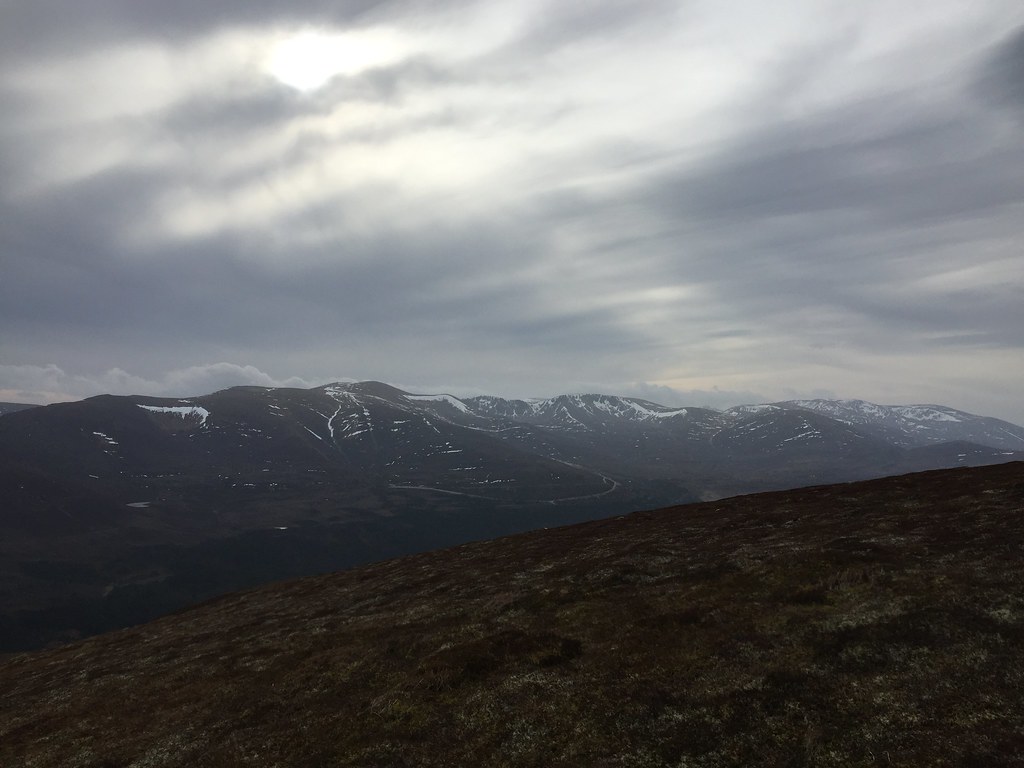 Cairnorms from Meall a' Bhuachaille 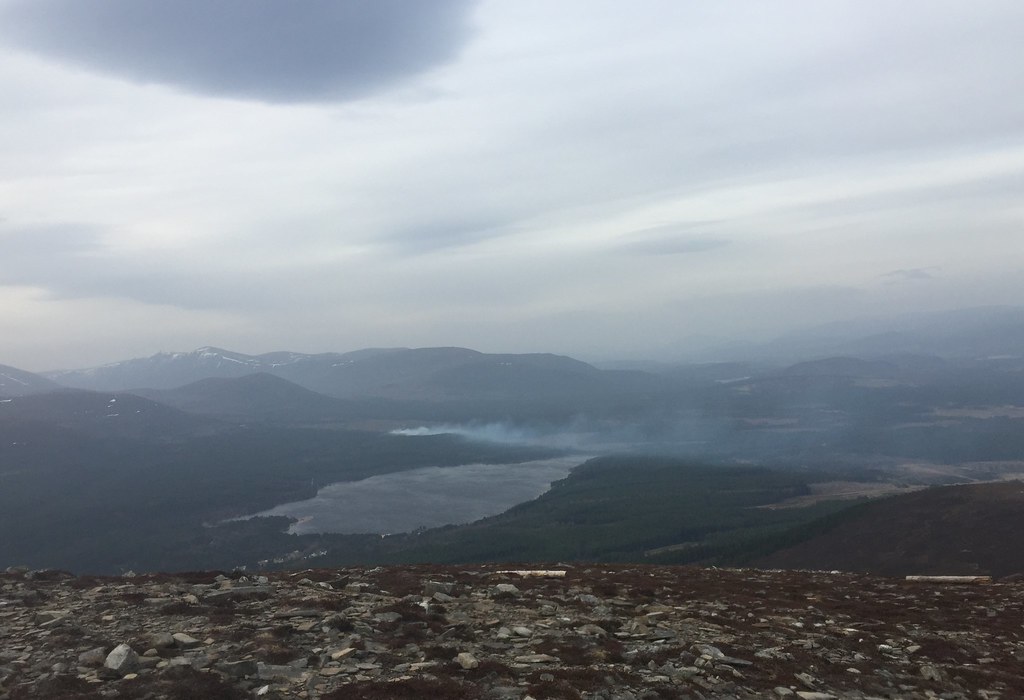 I passed a few people struggling in the wind on the more direct way down - I struggled a little higher up as well, until I was down to a more sheltered elevation. On the final blast down to the car, I could just about see the chance to get round in under an hour, so I sped up a bit. I actually missed out by a minute or so, but it was a good benchmark for future runs.

After cooling down a bit, I headed round to Whitewell to meet Jackie. We had decided to go for lazy camping this weekend - the conditions were perfect for it, with mild temperatures but a lack of biting bugs, so we had the large tent. One I could even stand up in! We quickly put the tent up before heading off to walk to Loch an Eilean, hopefully with a quick nip up Ord Ban.


OB Map.gpx Open full screen  NB: Walkhighlands is not responsible for the accuracy of gpx files in users posts 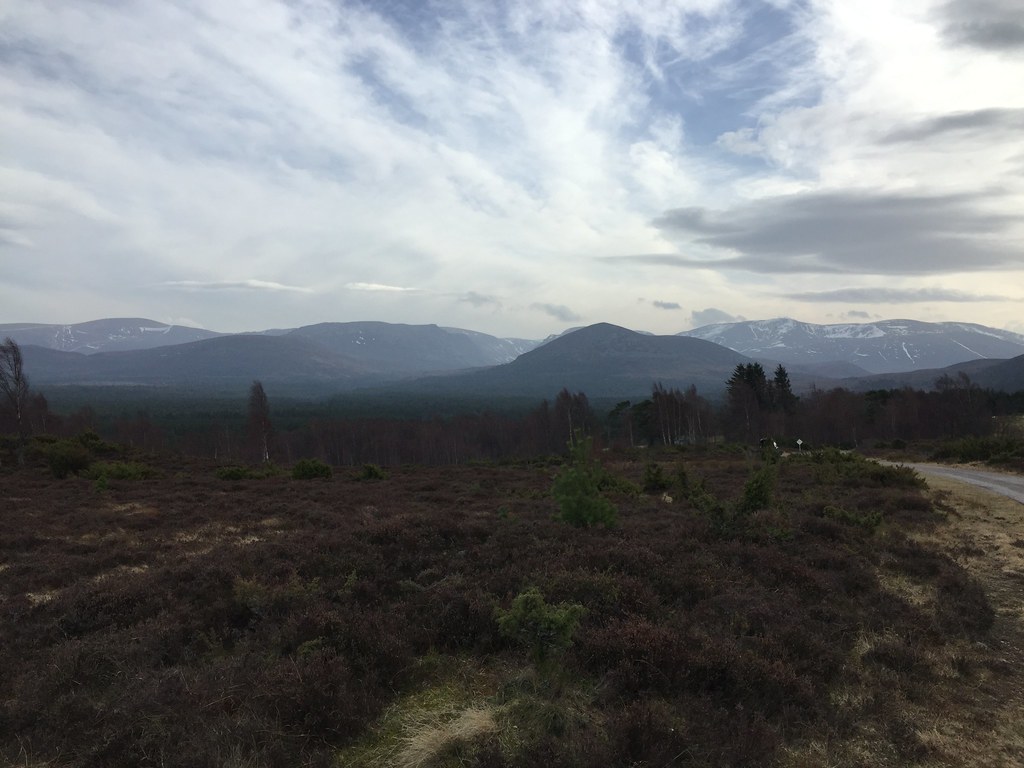 There isn't a great correlation between the paths and tracks on the map and the ground in this area, and in trying to find the track from Achnagoichan to Loch an Eilean, I led us through some nice grazing land into a bog

. The joke was on me as I still had trainers on, while Jackie had sensibly chosen boots....

Eventually we managed to extricate ourselves from the heather and get onto another track, which led to the loch without further incident. 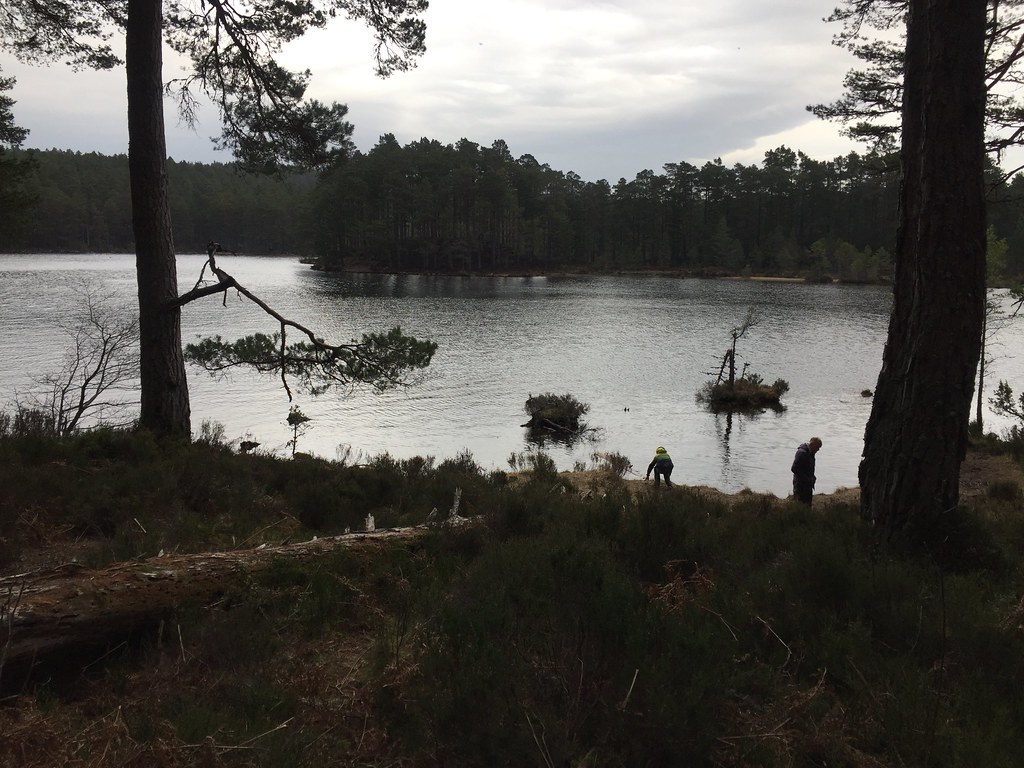 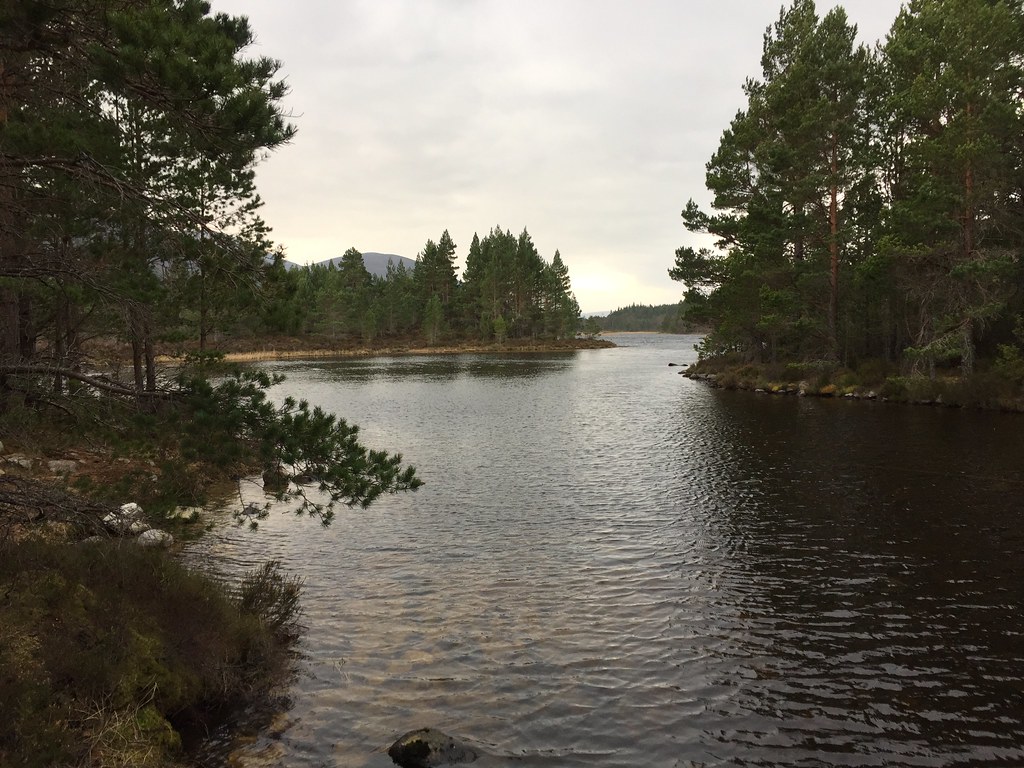 A pleasant walk round the shores led us to the parking area, from where Jackie had done a bit of research to get us on the path up Ord Ban (I always miss this on the way up... 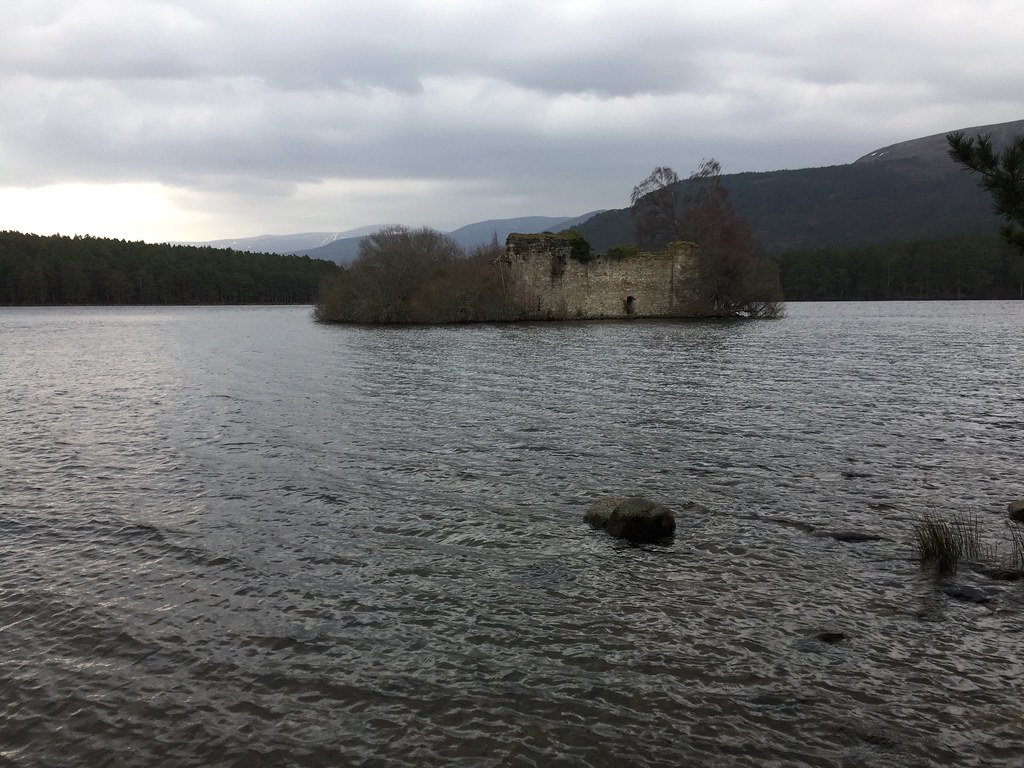 A slight drizzle started on the way up, and it was pretty windy on the summit, but still a nice viewpoint. After messing around on the summit for a short while, we retreated the same way and continued our circuit round the loch. 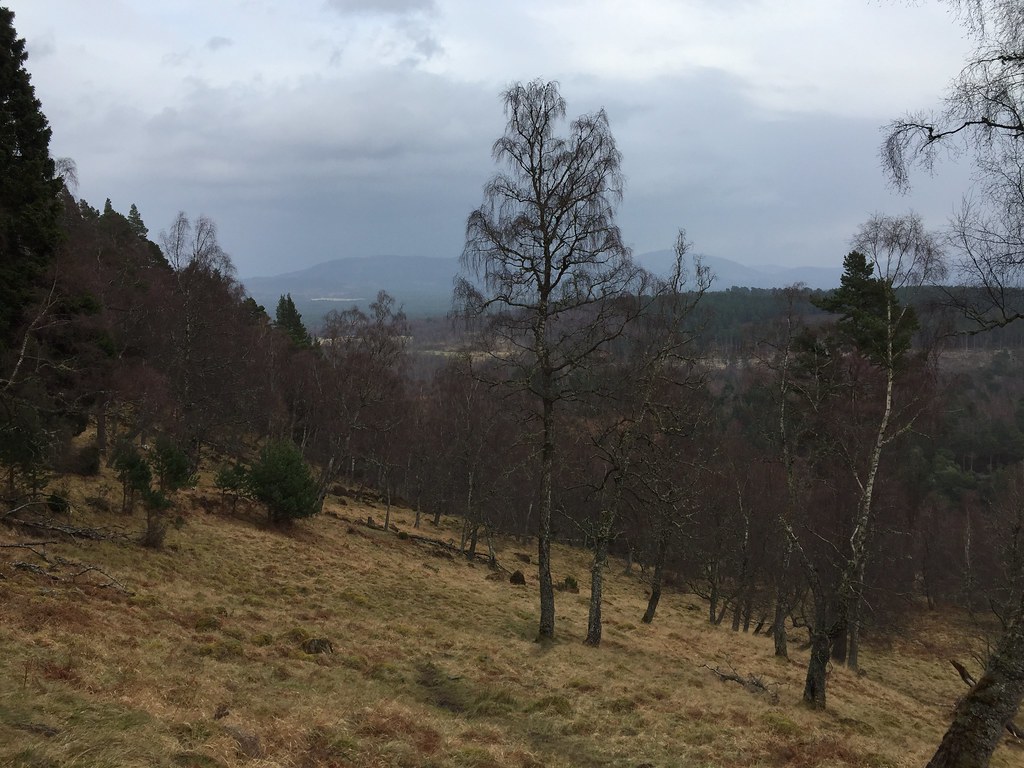 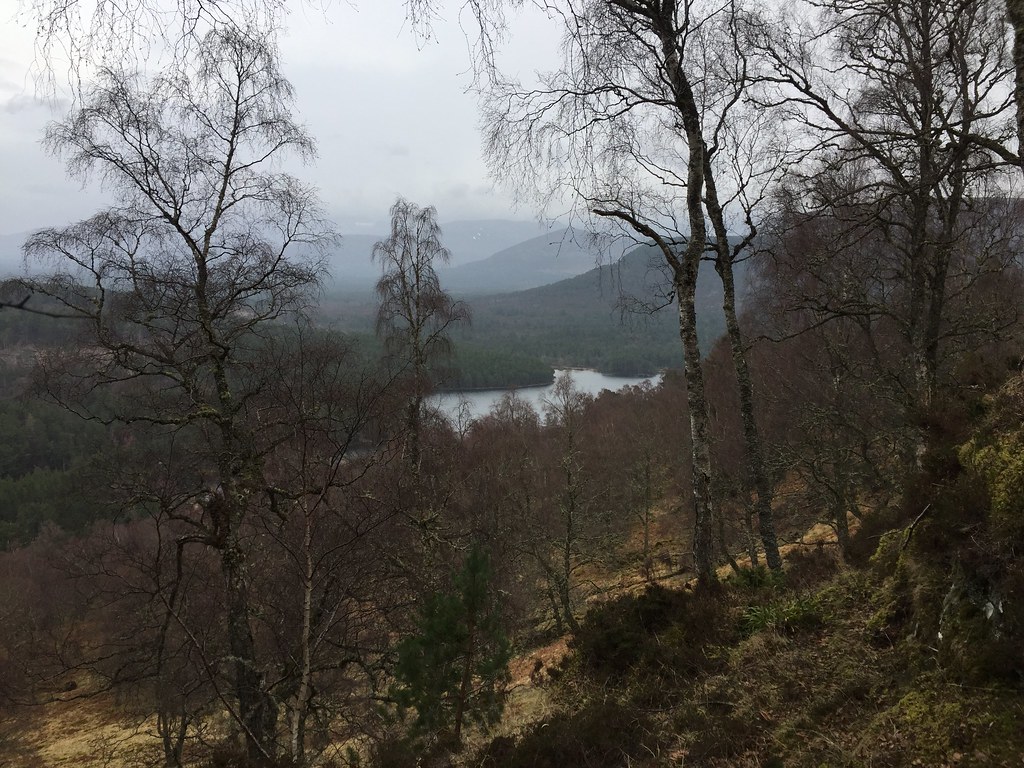 Loch an Eilean from Ord Ban 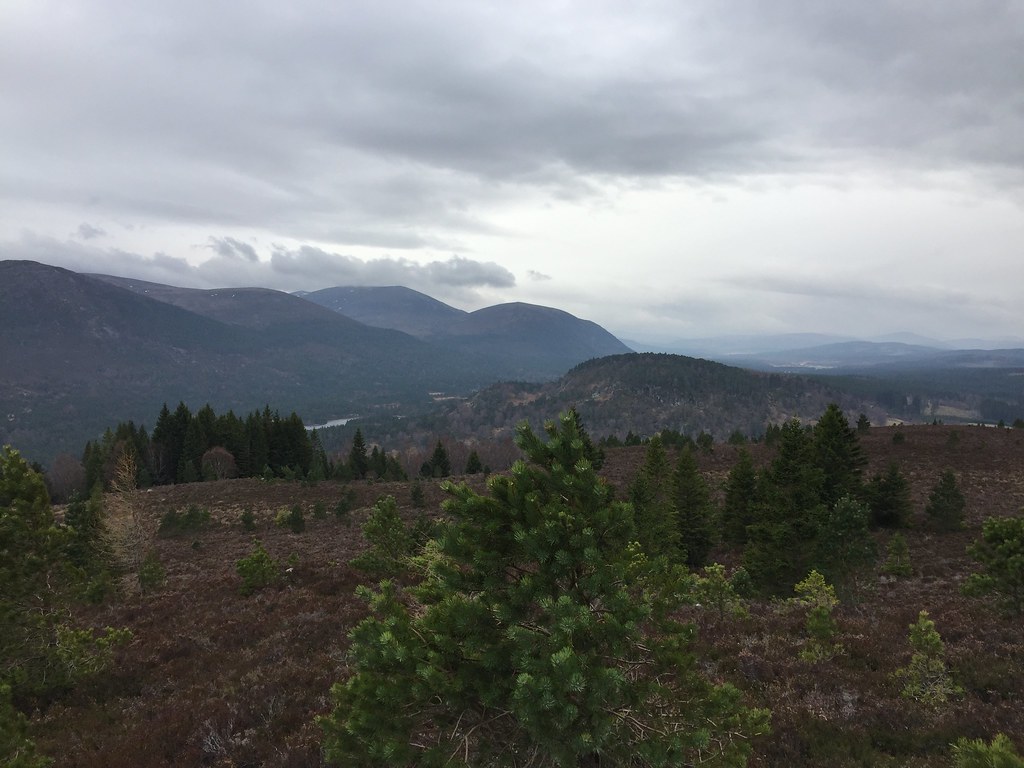 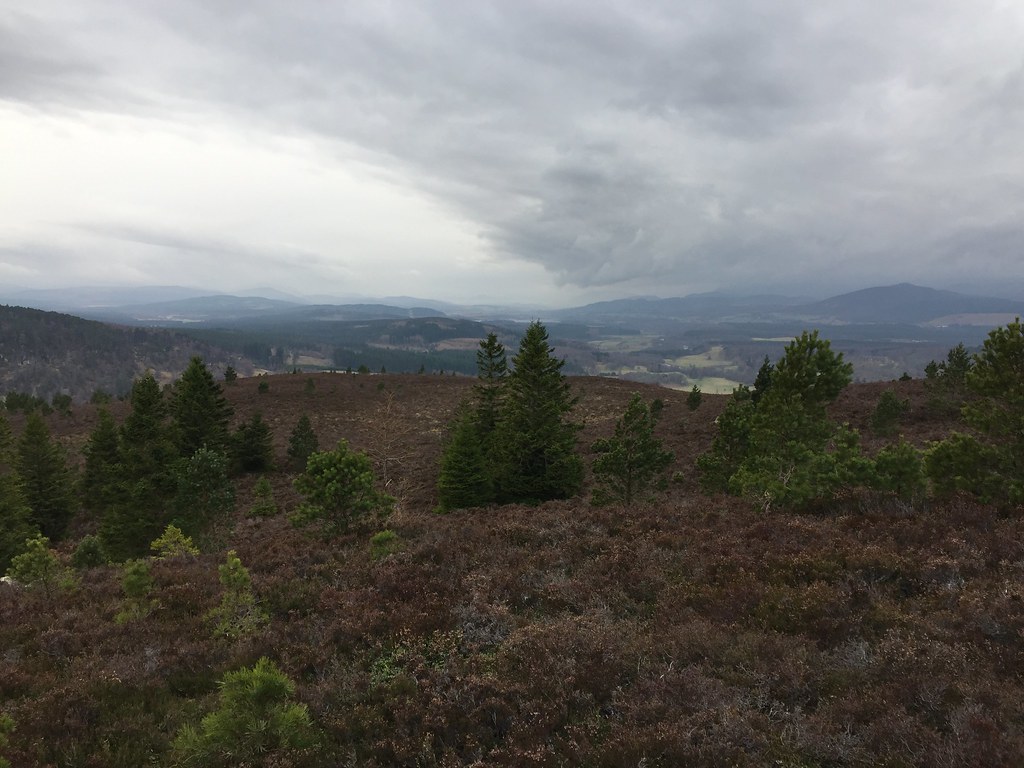 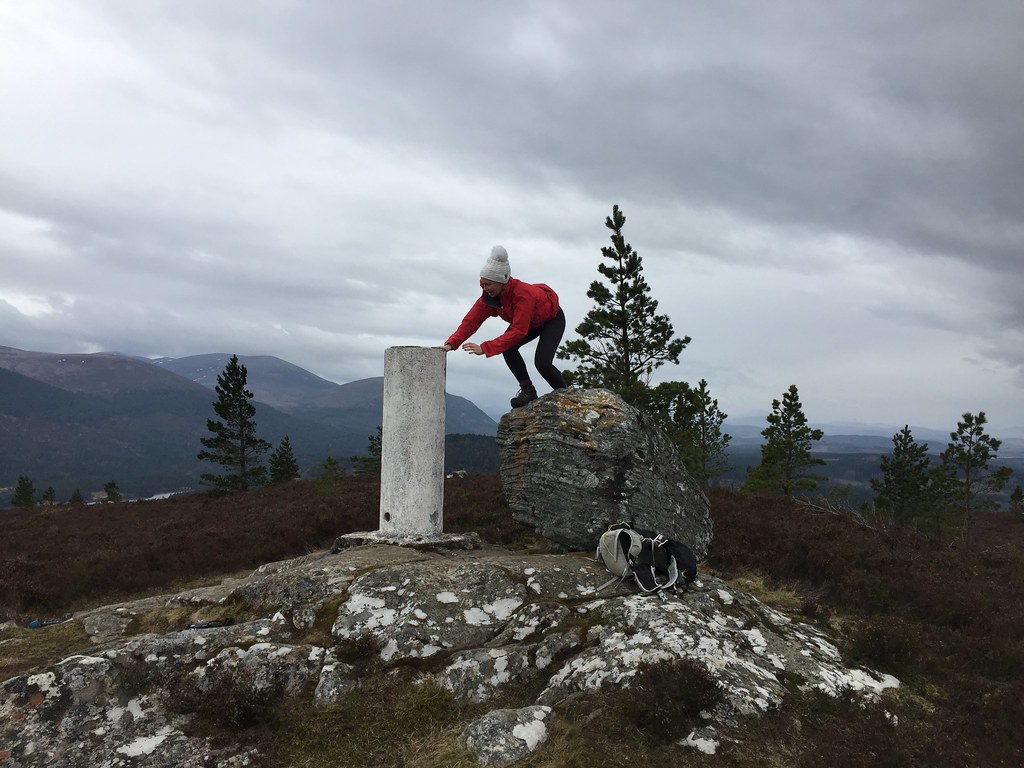 Can I get up this? 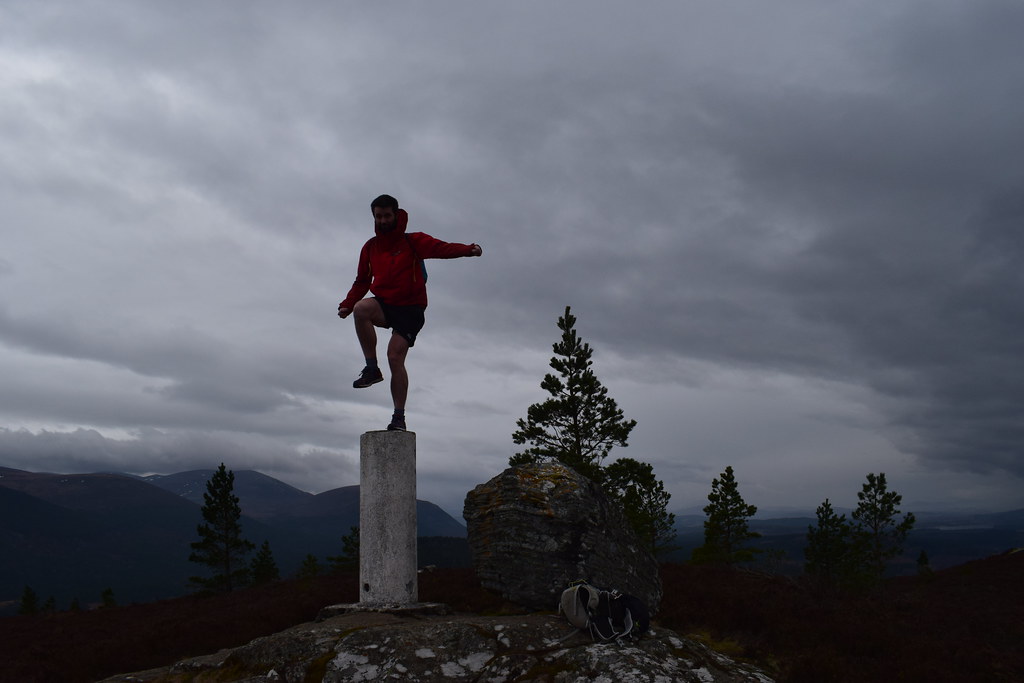 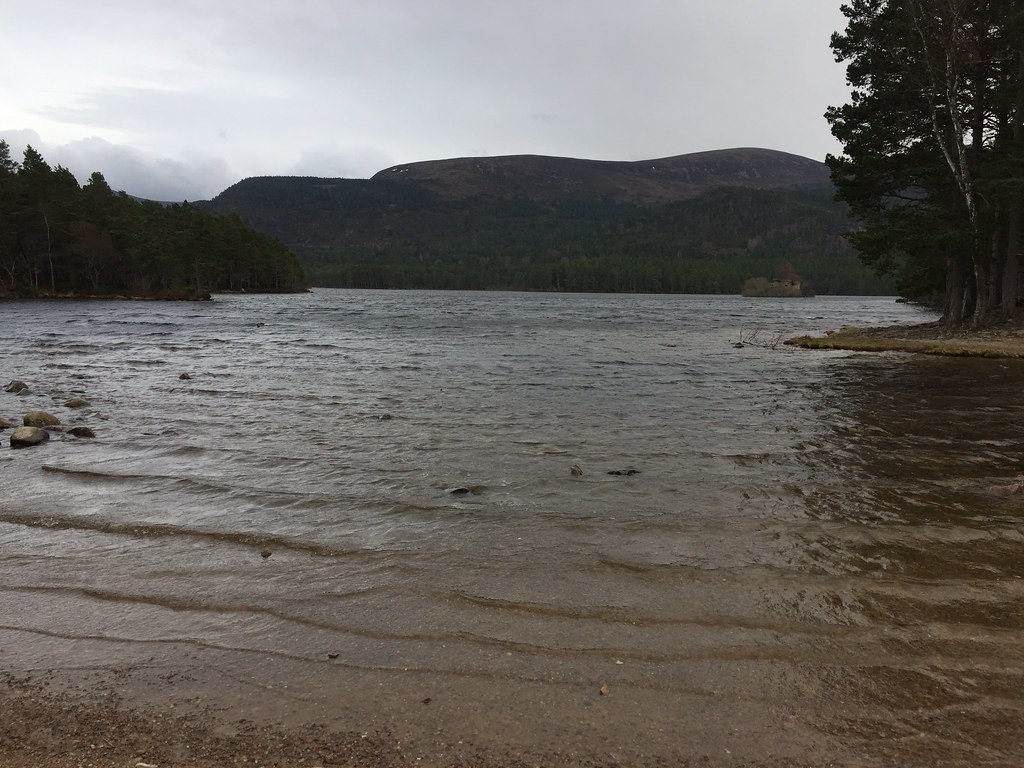 The track we had intended to follow earlier wasn't at all obvious from the other end either, so we ended up going back to the one we had followed down, passing on our undesirable shortcut from earlier. 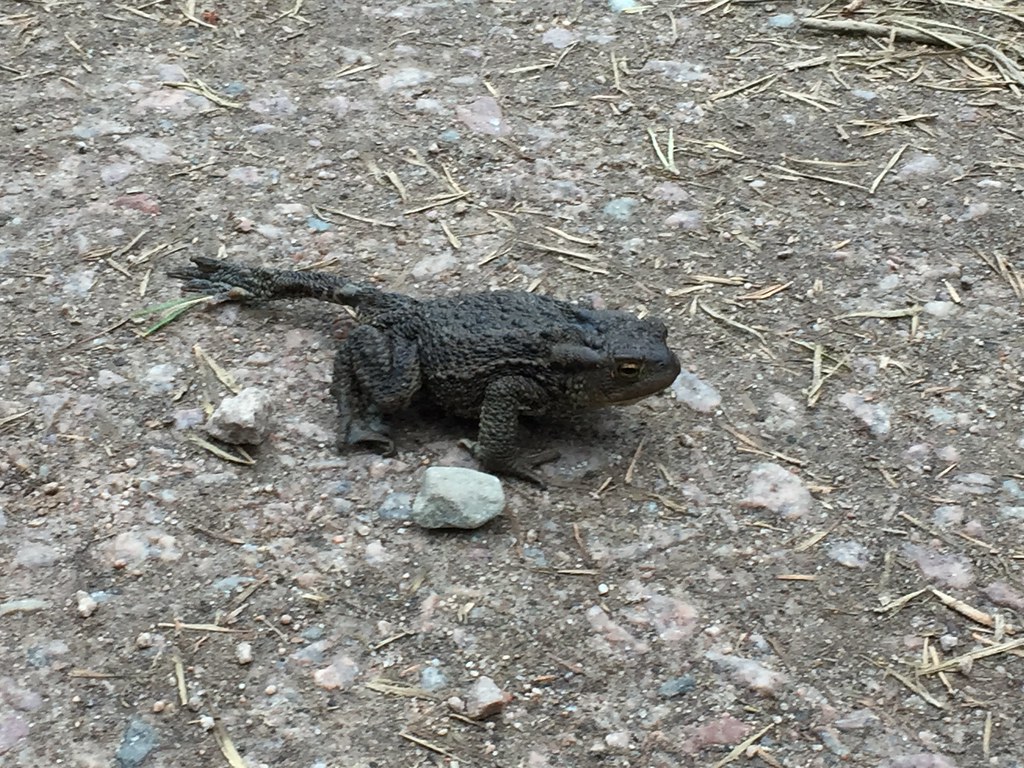 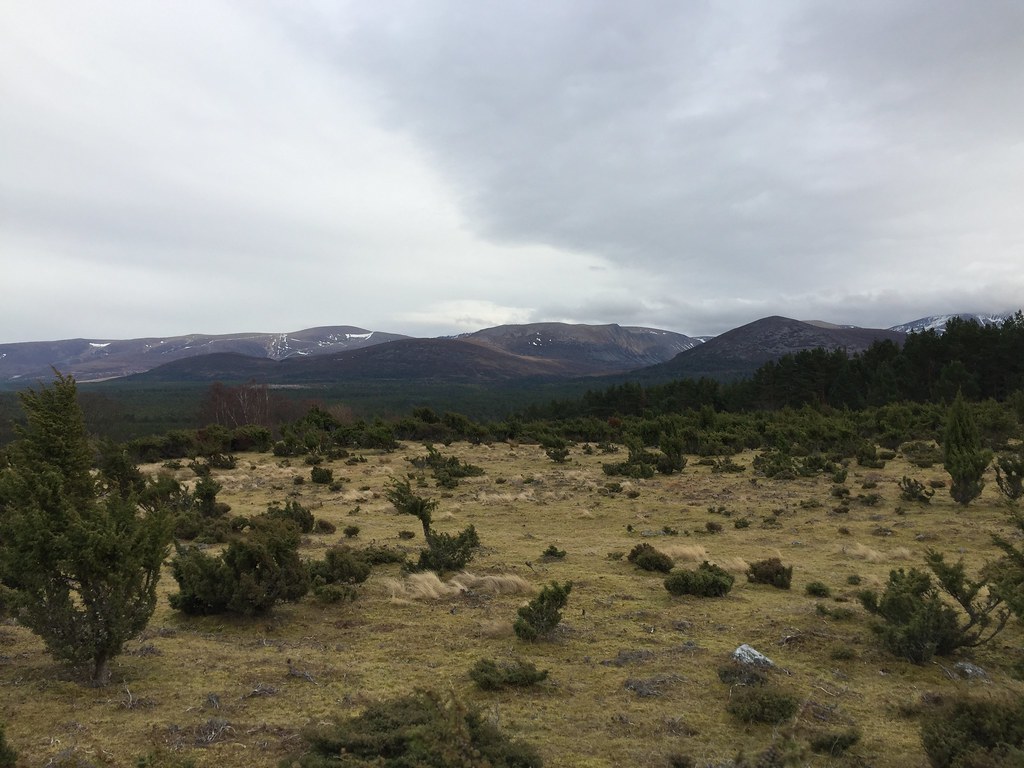 We were back at the tent well before dark with plenty of time for lazing about, drinking tea, eating dinner and cake, and getting soundly whipped at 3D noughts and crosses 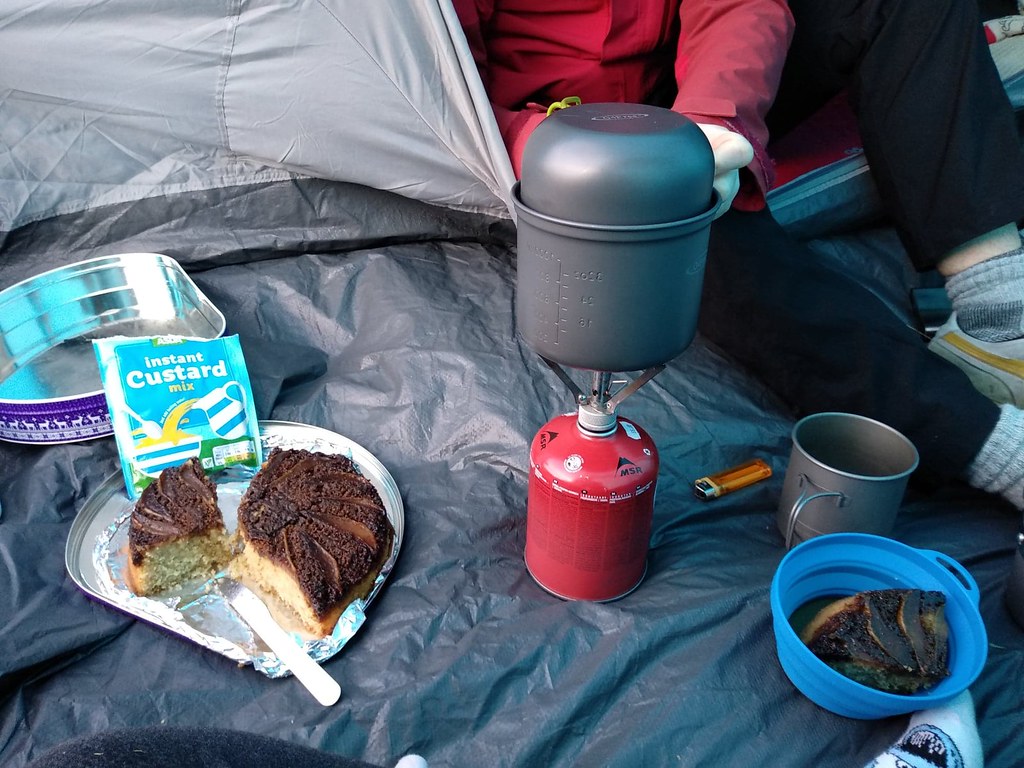