The forecast for the weekend (Sunday in particular) wasn't looking marvellous, and motivation to travel far was low. Instead I skipped out of work a bit early and we hit the rush-hour traffic on our bikes. I was of the opinion that driving from Glasgow to walk up Duncolm was cheating, and at very least the train should be used if not the bikes. Since the evening looked set to be good, we took the bike option. 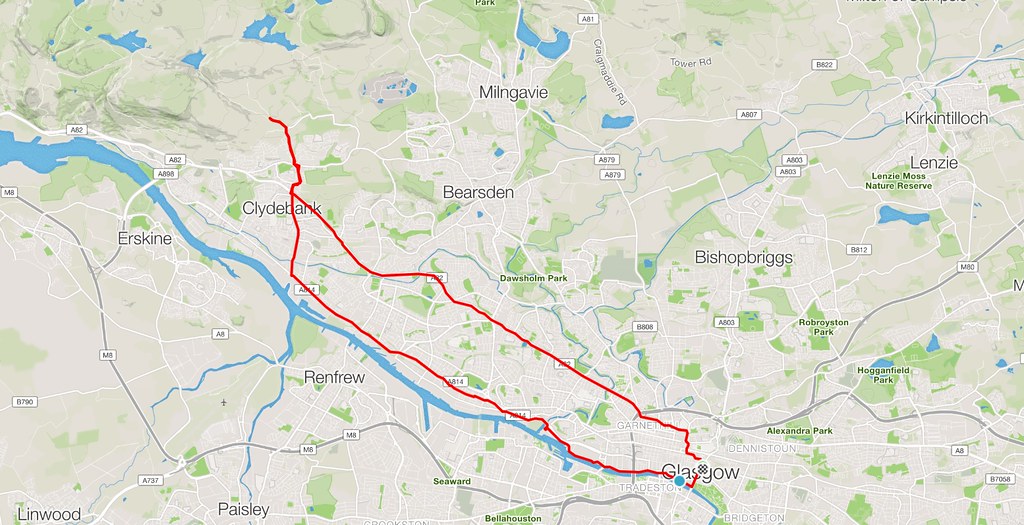 Plodding out along the Great Western Road into the wind was a bit of a chore, but in less than an hour we were skirting round Duntocher on quieter roads before reaching a gate on the Cochno road. Jackie had been up Duncolm a couple of times before, but never from this direction, so it seemed like a good plan. 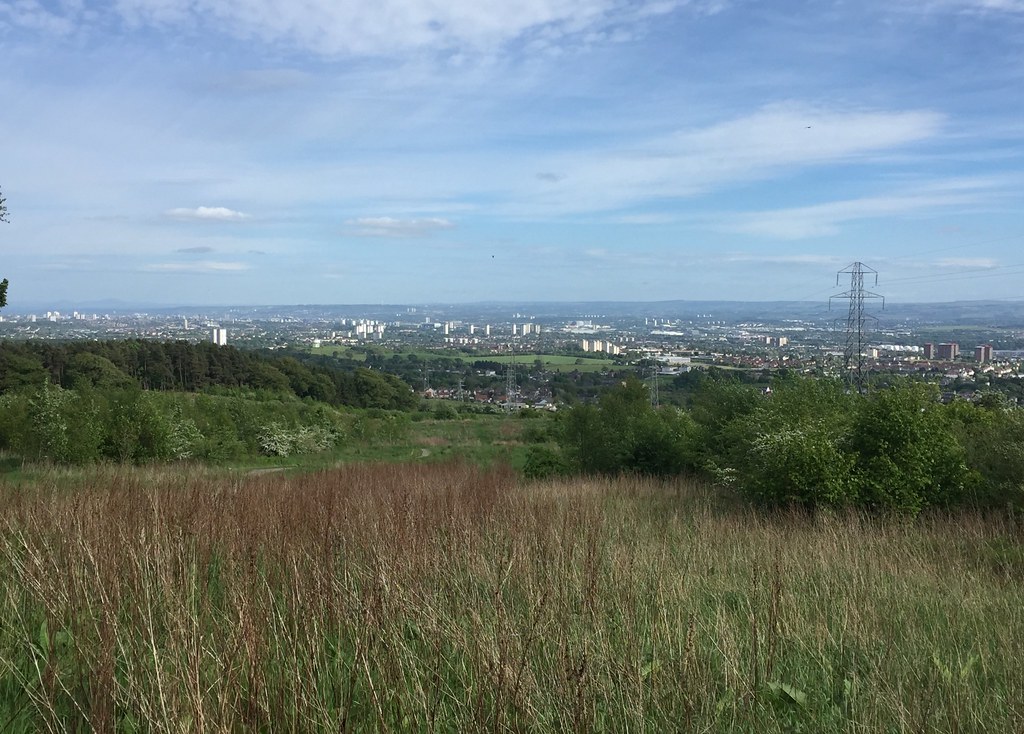 Glasgow from above Duntocher

After locking the bikes up, we headed through the community woodland at Cochno - there was a good path through here to bypass around Wester Cochno farm. Back on the main track, it was an easy stroll up to Greenside Reservoir past some pleasant waterfalls. Was this really the outskirts of Glasgow? 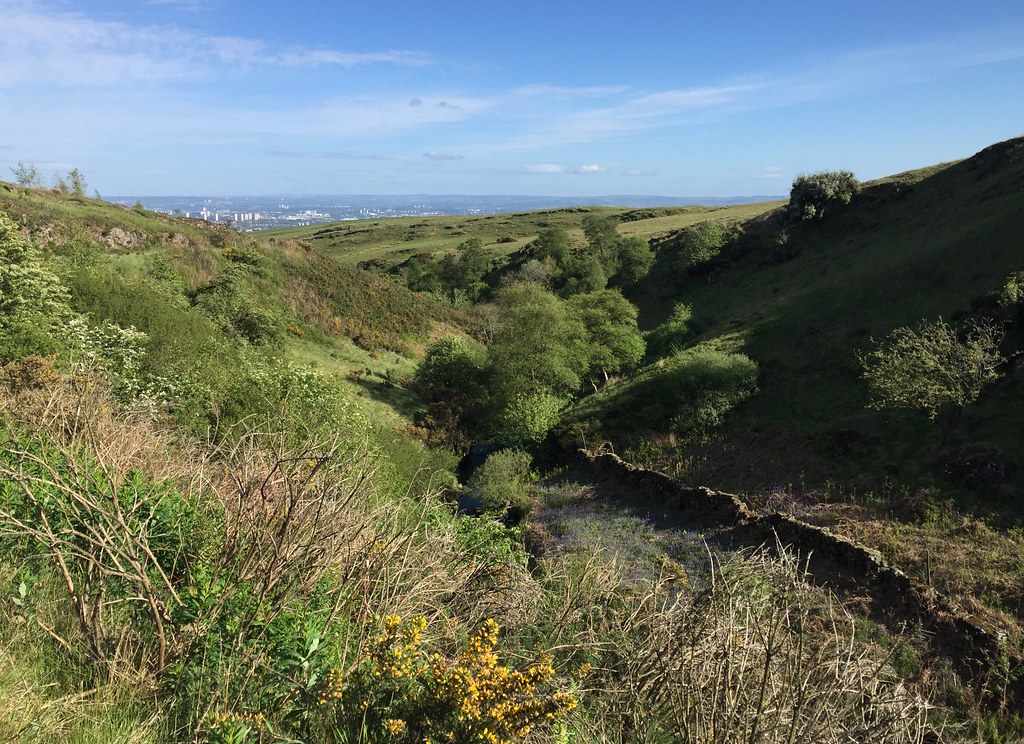 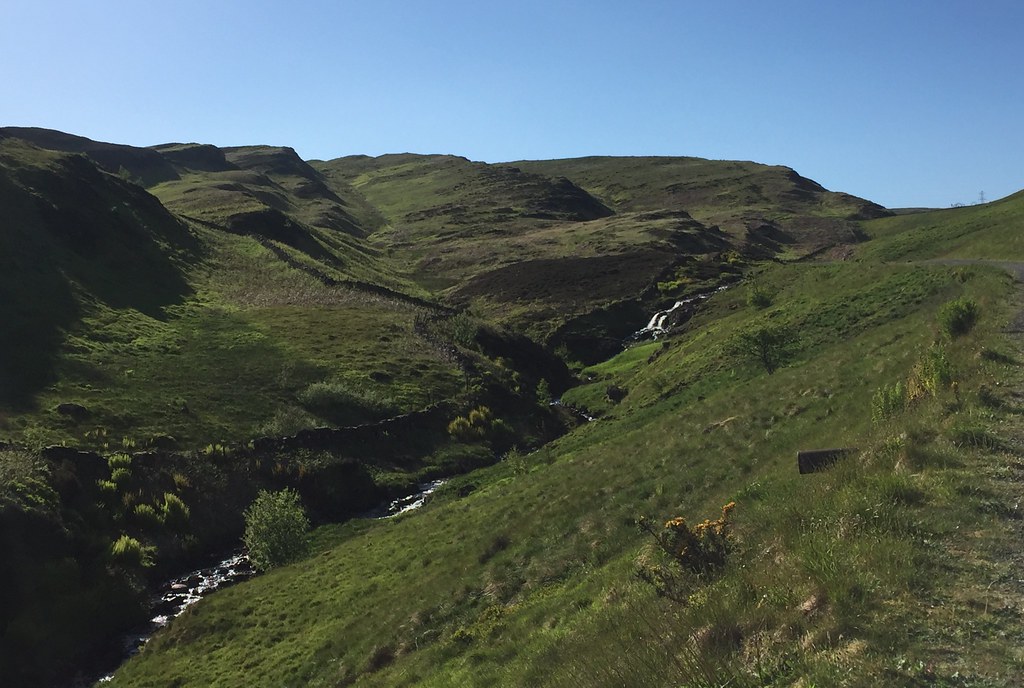 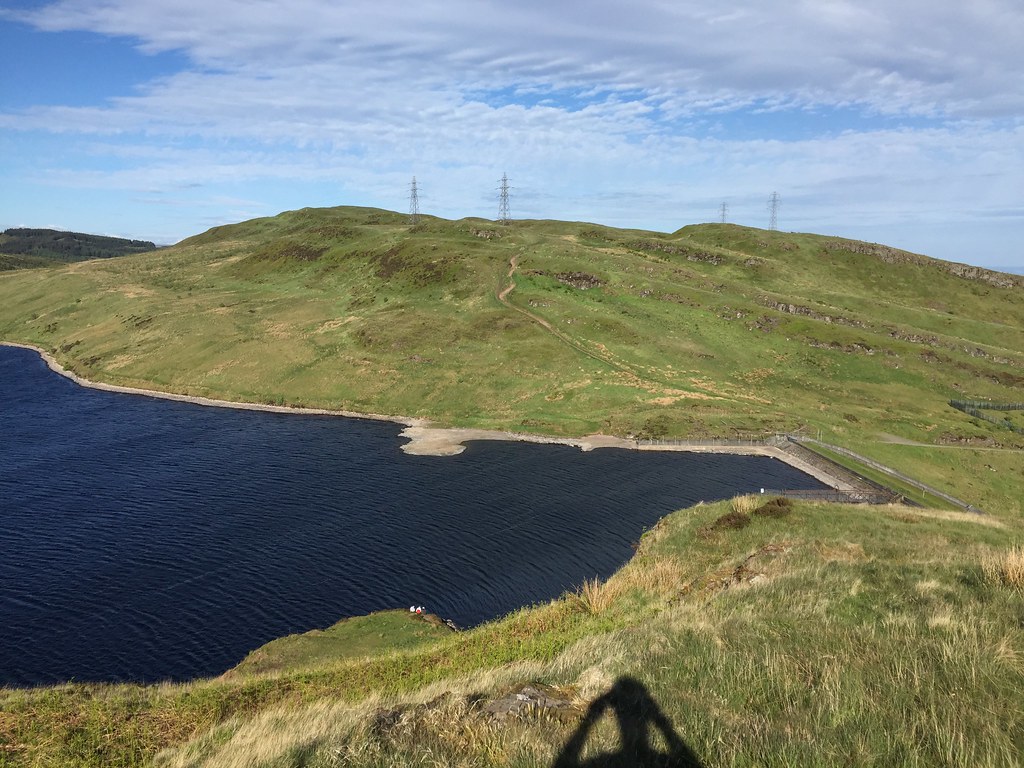 As expected, there were paths going just about anywhere you wanted, so we followed a worn route up onto The Slacks. There were great views over the Clyde and out west from here, with only one drawback apparent for this approach - You don't get a view directly down onto the Clyde and the Erskine Bridge. A reason to come back up the Slacks from Old Kilpatrick then 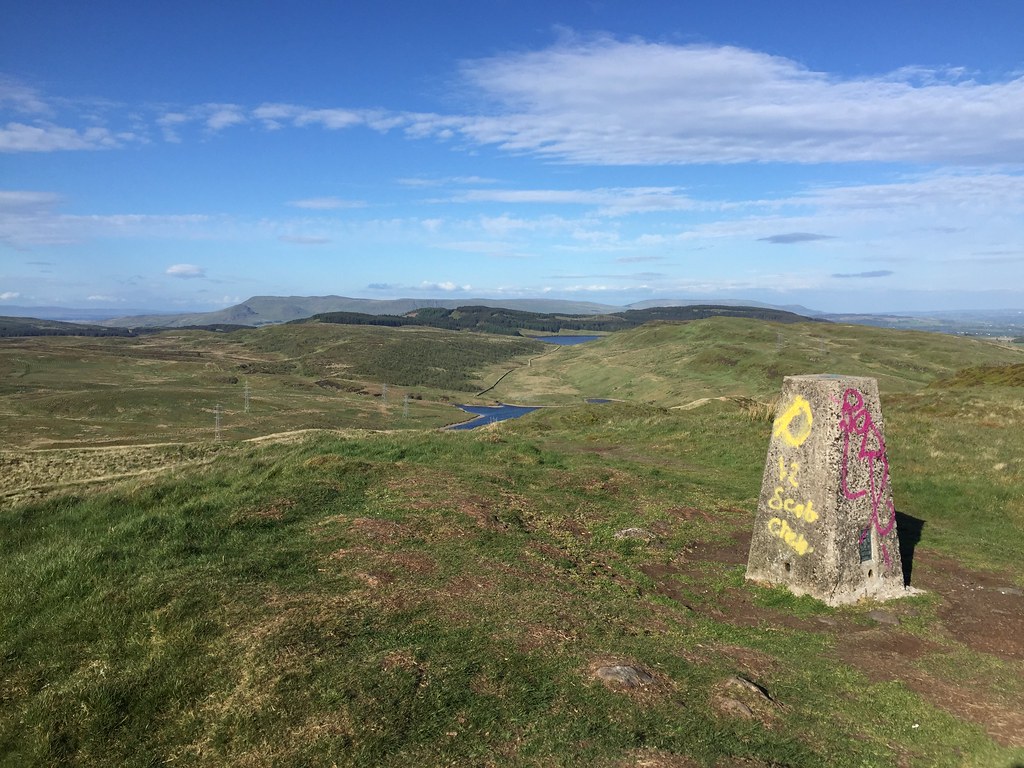 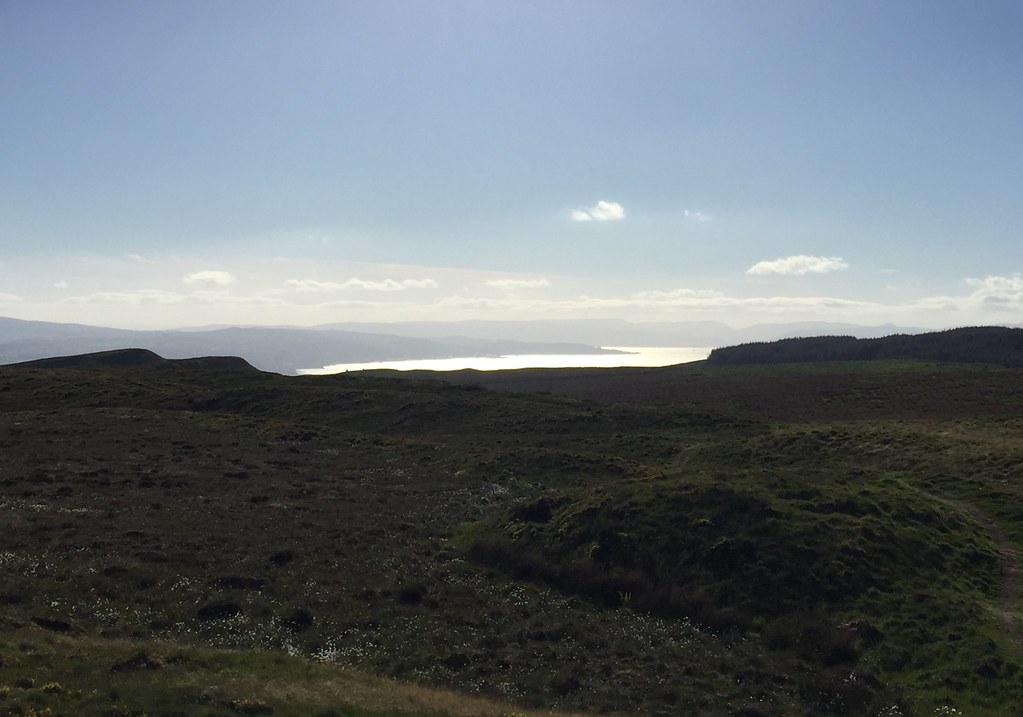 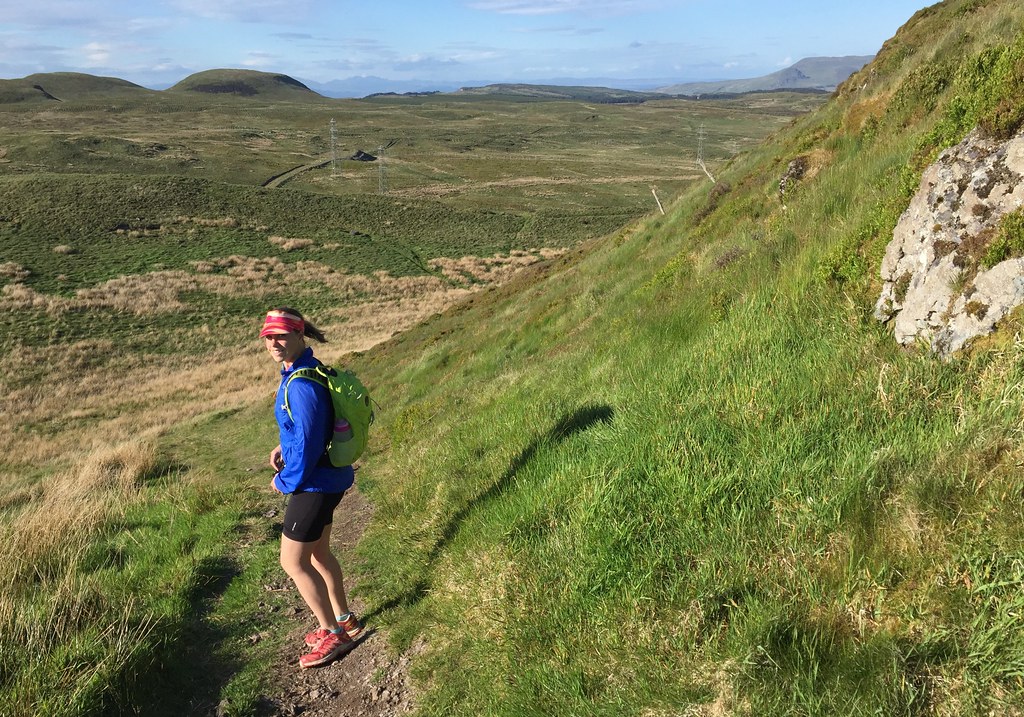 Jackie descending from The Slacks

A bit of weaving about took us down to Loch Humphrey. Jackie had assured me that I'd be soaking by this point, but the weather had been exceedingly dry for the previous week or so, and the underfoot conditions were great. We skipped out Middle Duncolm and headed straight for the main summit. 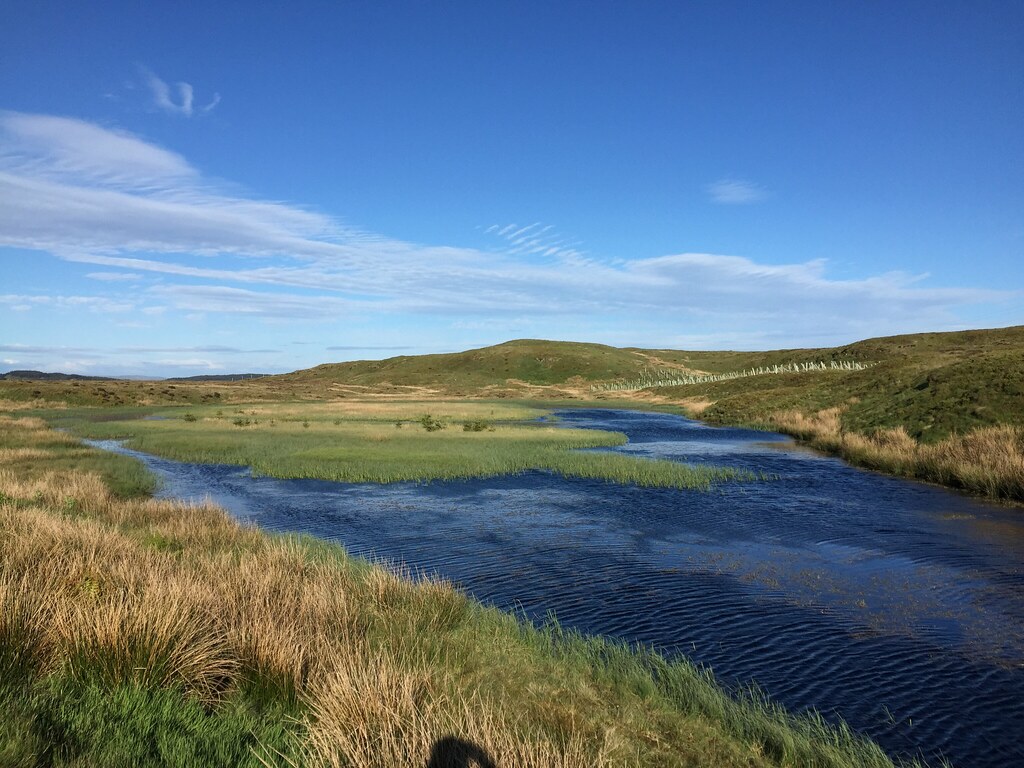 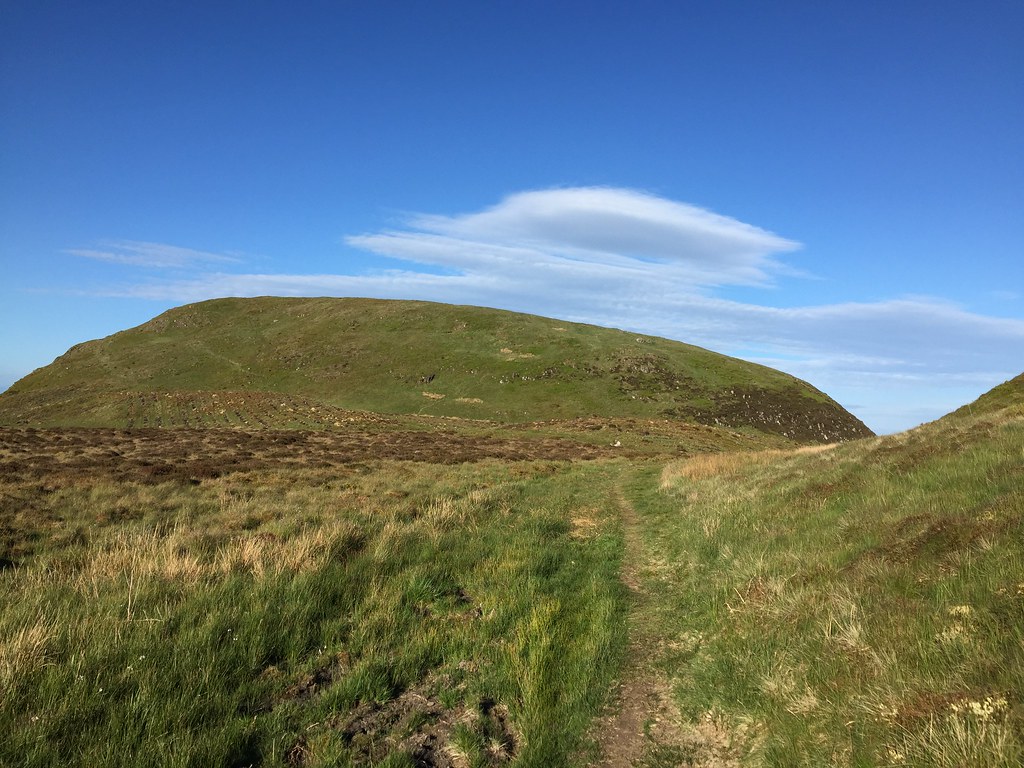 I had expected the summit views to be reasonable, but it hadn't occurred to me that we would be looking straight up Loch Lomond, with everything from Stuc a' Chroin to the Crianlarich hills to the Arrochar Alps on display. Most excellent 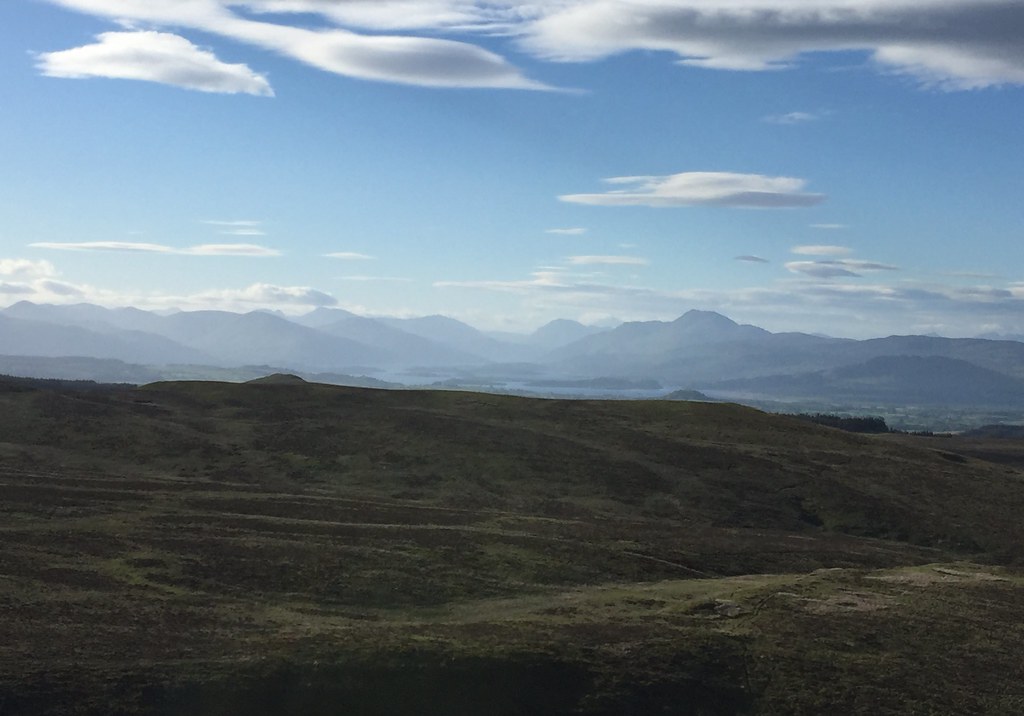 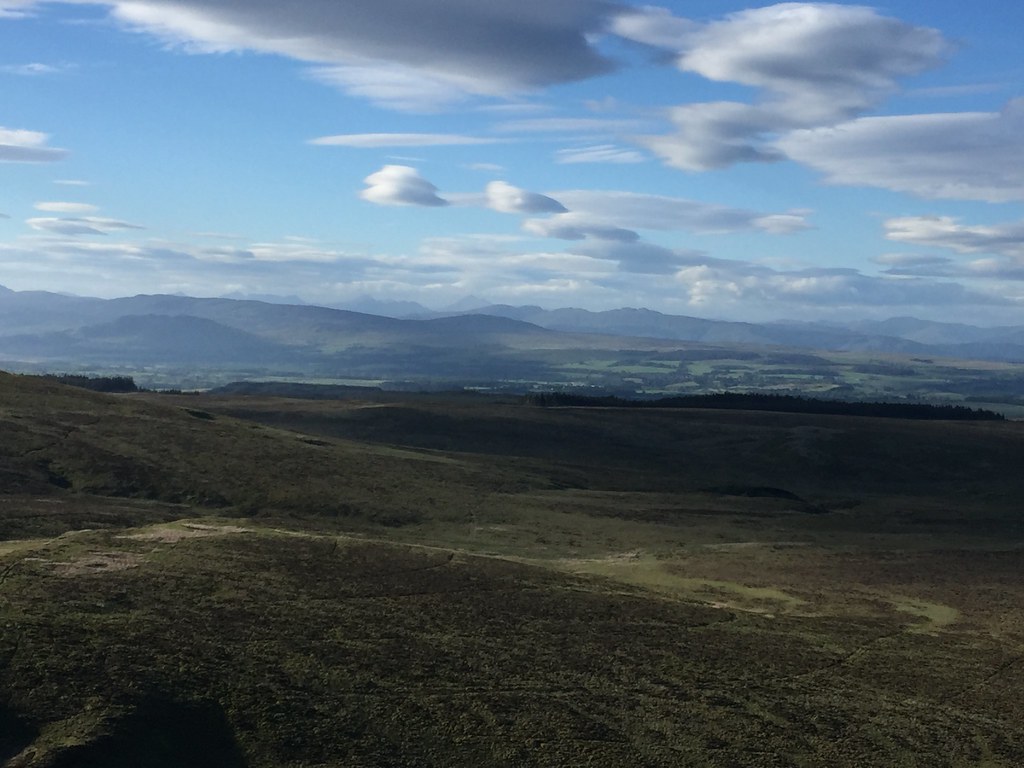 Across Flanders Moss to the Crianlarich Hills 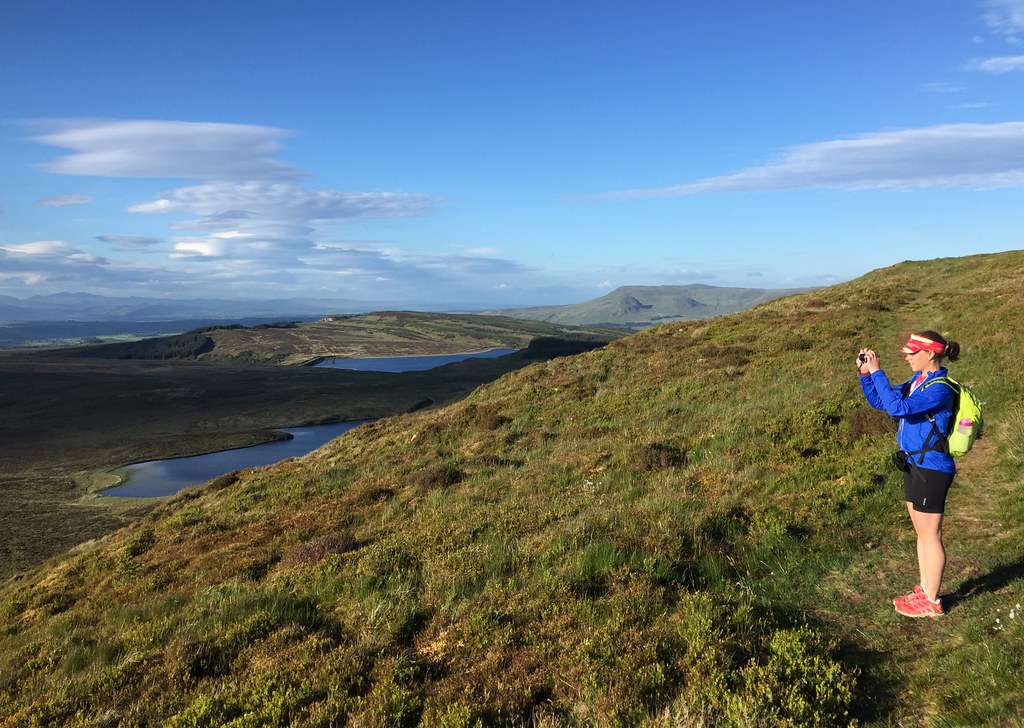 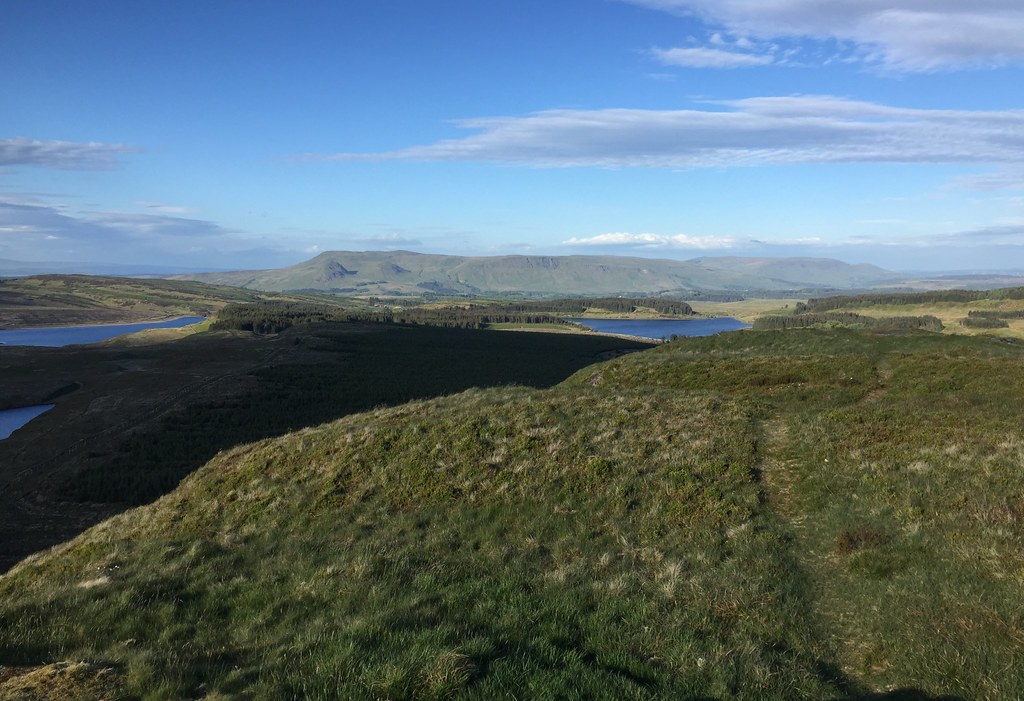 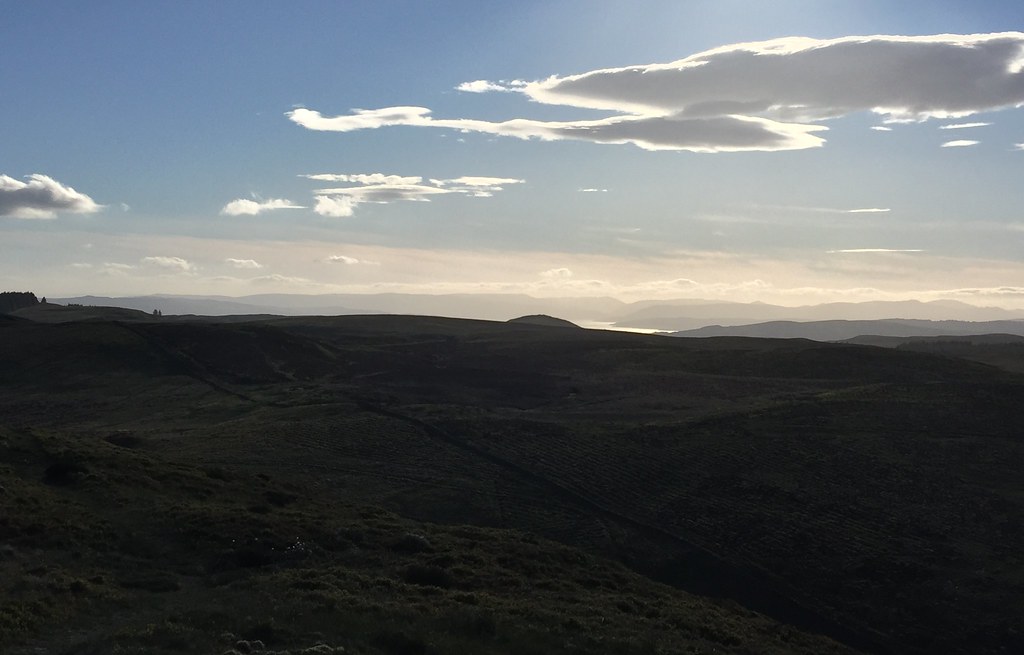 Out west to Cowal 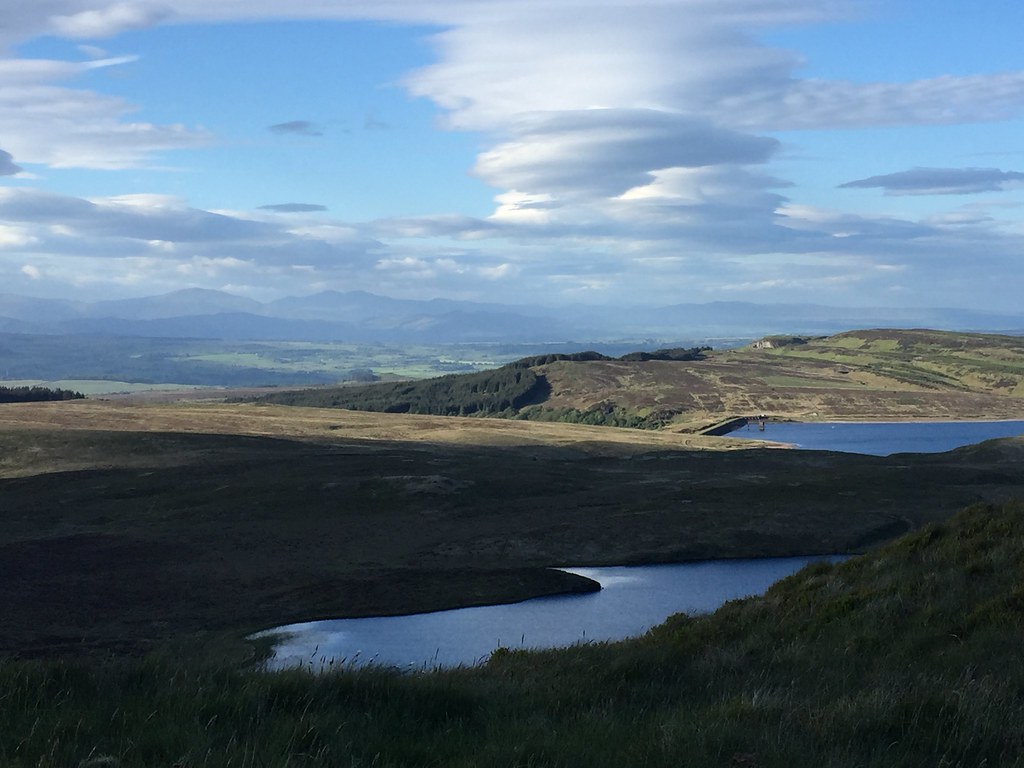 Ben Ledi and Stuc a' Chroin 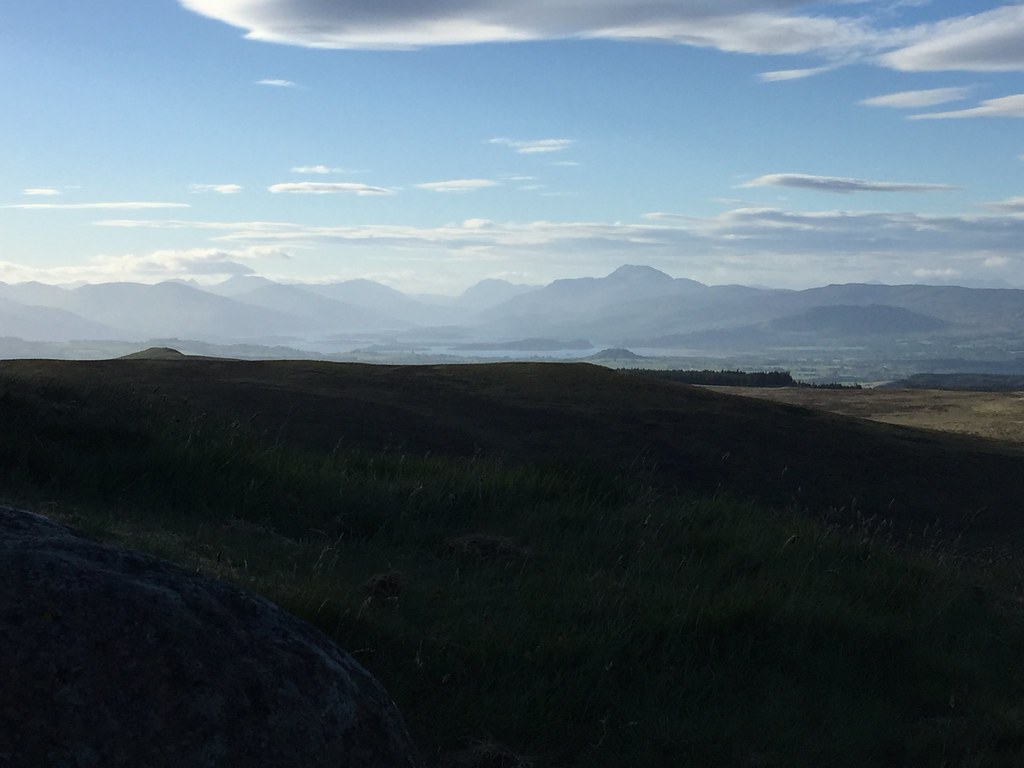 We had a break on the summit but typically the sun went in for a bit and the temperature appeared to plunge by about 10 degrees. Then it was back to Greenside reservoir by a long, straight wall - thankfully a path of sorts next to this. It was probably the closest thing to wet we would come this evening, but despite wearing trainers, my feet stayed dry. 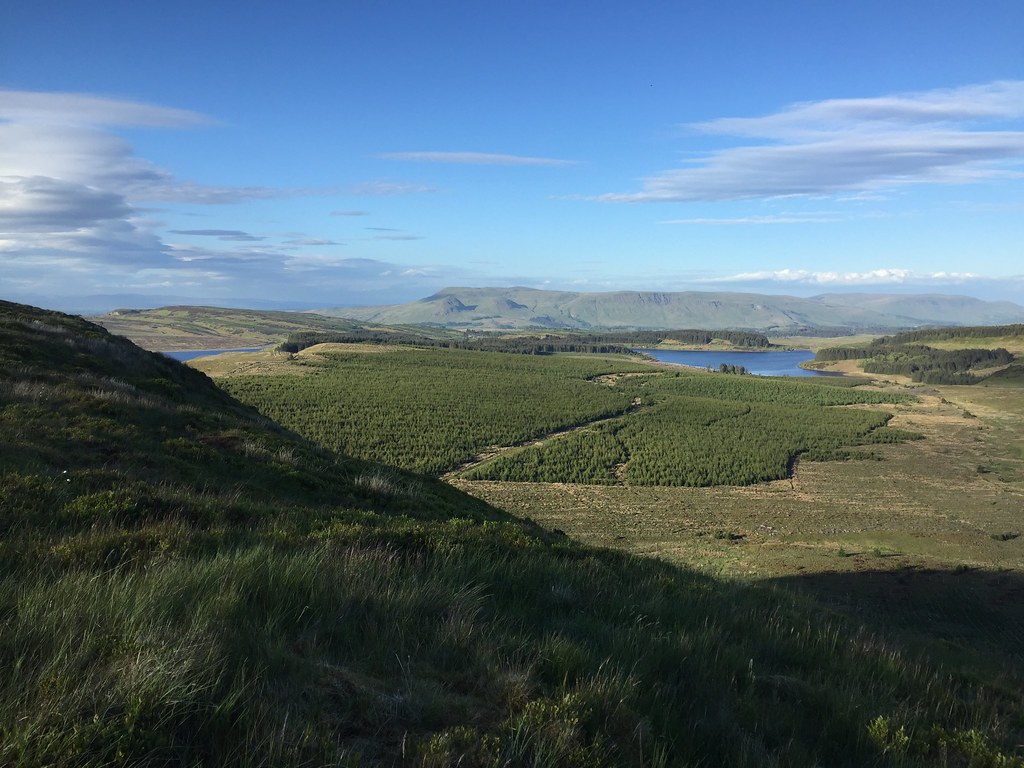 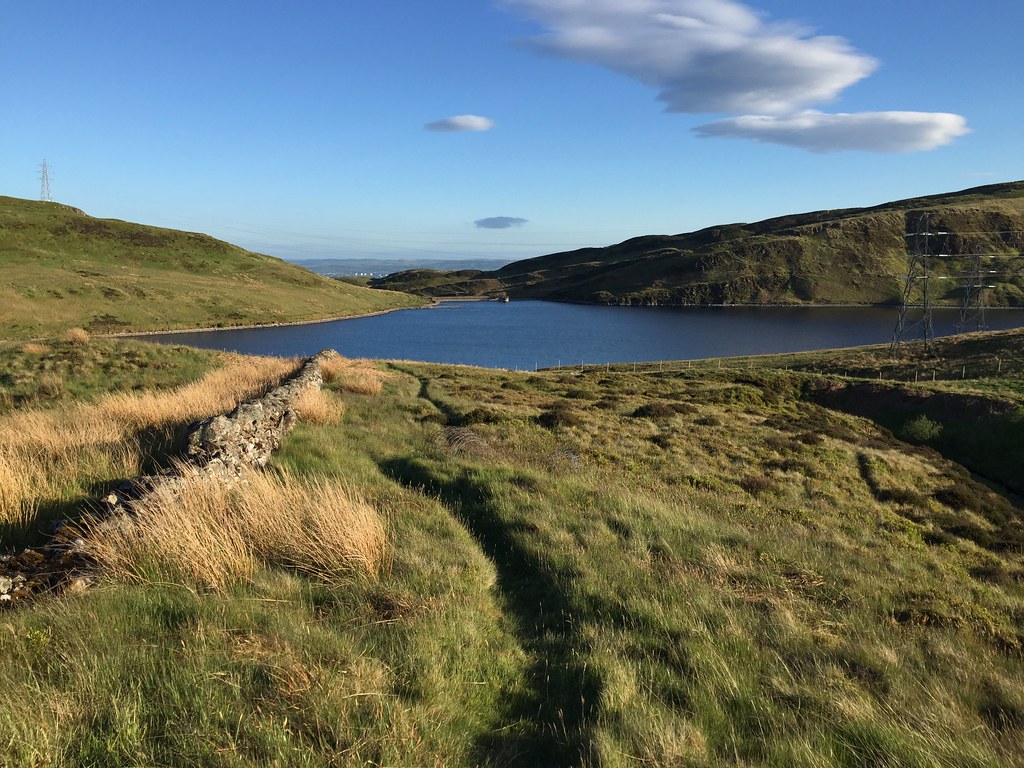 Back at the reservoir, we traversed around the shore to the track and dropped back to the bikes, skipping out on the diversion past Wester Cochno because we couldn't be bothered with any more ascent. 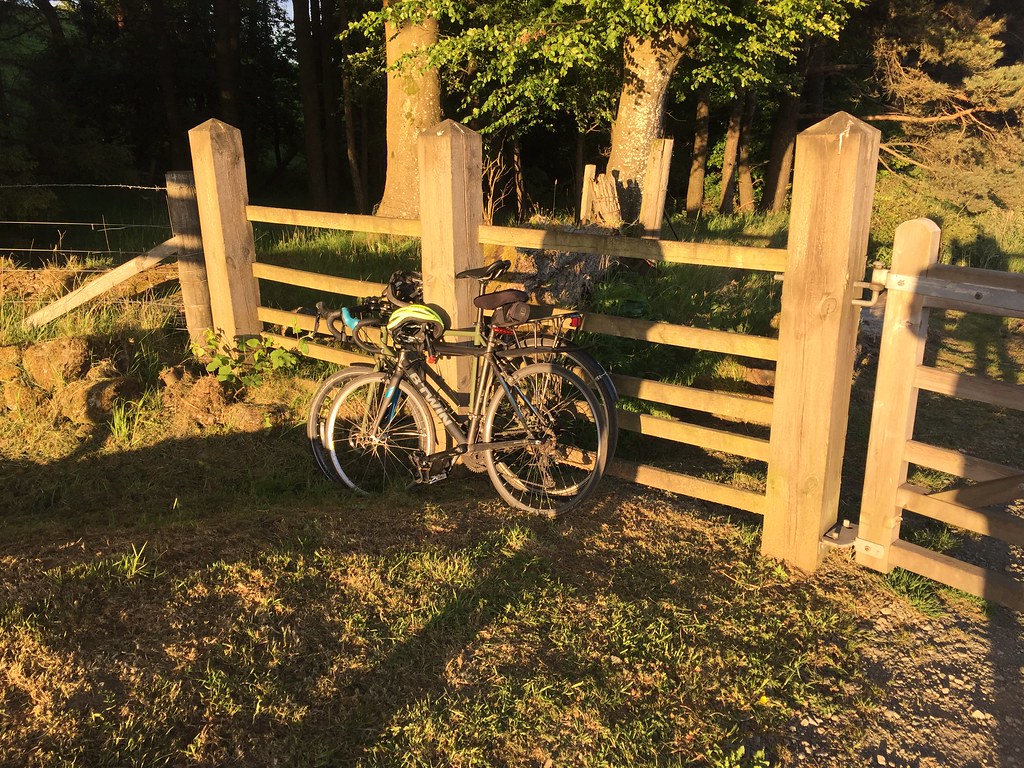 Back to the bikes

After zipping down the hill back to the A82, we decided to return through Clydebank to make more of a circuit. With the wind behind us, this was way faster than the way out. That certainly livened up a Friday evening

Re: TFI Friday - Duncolm by bike

Wow, that surely is one heck of a view out towards Loch Lomond from Duncolm!!!