I had previously completed the CWT in May 2015 taking over 15 days on that occasion. That time I had started via the GGW, Glen Garry ,Claunie, Glen Gniomhaidh Strathcarron and had missed out on Inchnadamph. This time I planned to via Knoydart and more direct to Kinlochewe and include Inchnadamph. I was doing the TGO in May and this together with the GGW in March were part of the fitness campaign for the TGO. Careful planning was needed as I was aware the Durness ferry starts the season on the Easter weekend. 3 Hotels were booked at Kinlochewe, Inchnadamph and Rhiconnich and a food parcel dispatched to Kinolchewe hotel. April 9th was the travel day and I got the train from Newcastle up to Glenfinnan intending to spend the first night in the bothy however when I got there 4 persons were already in intending having a session so I walked on and camped further up the glen 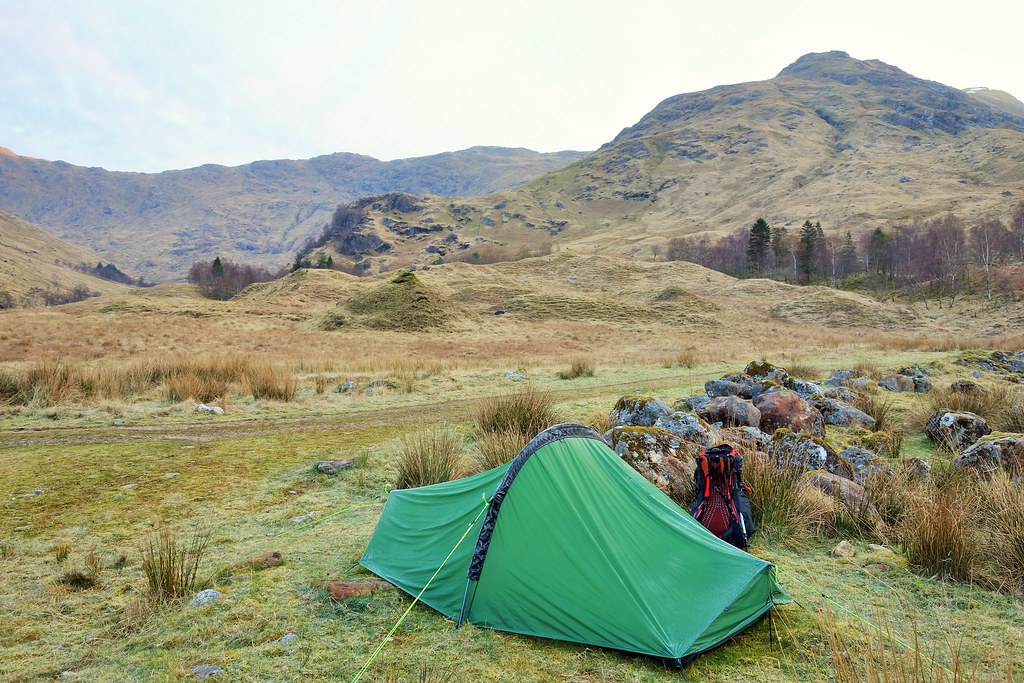 DSC04247 Day 1 dawned with a frost on the tent. An early start as I intended around 17 miles over to Sourlies bothy travelling via Strathan, A Chuil bothy and over the Mam na Clioch Airde before dropping down to the bothy. On my last trip to Sourlies there had been a wall chart hung up indicating the high tide times however none was present this time. With the tide being currently out I walked on past the bothy as I knew the coastal path is far better at low tide and on towards the area of the Carnach bridge which had been removed. It had been a dry spell and I was able to cross with boots on and camp just near the Carnach ruins. 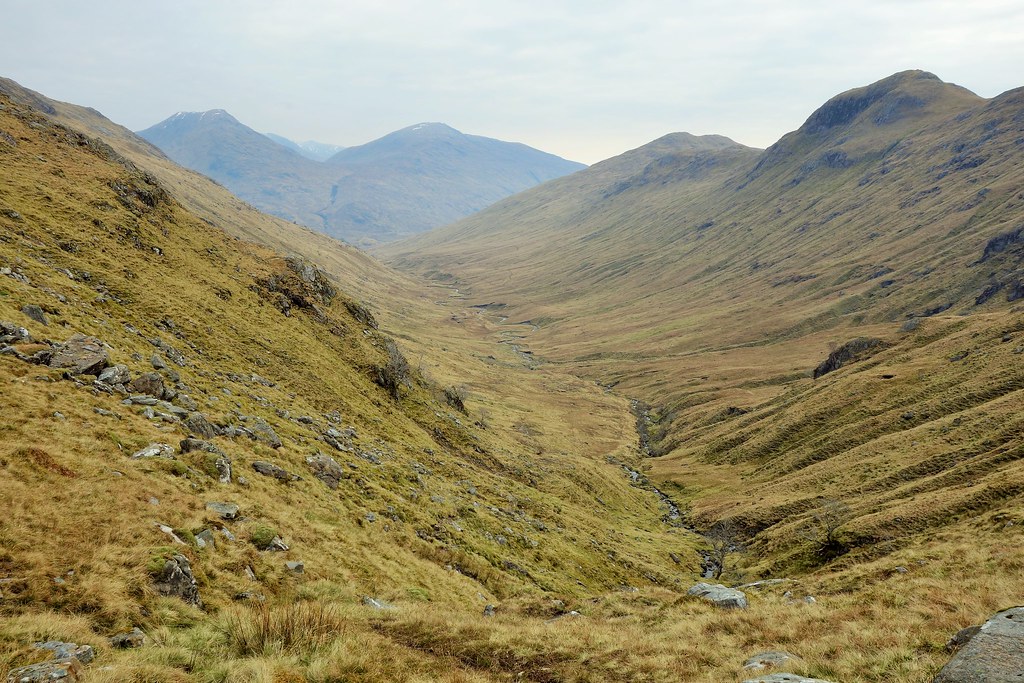 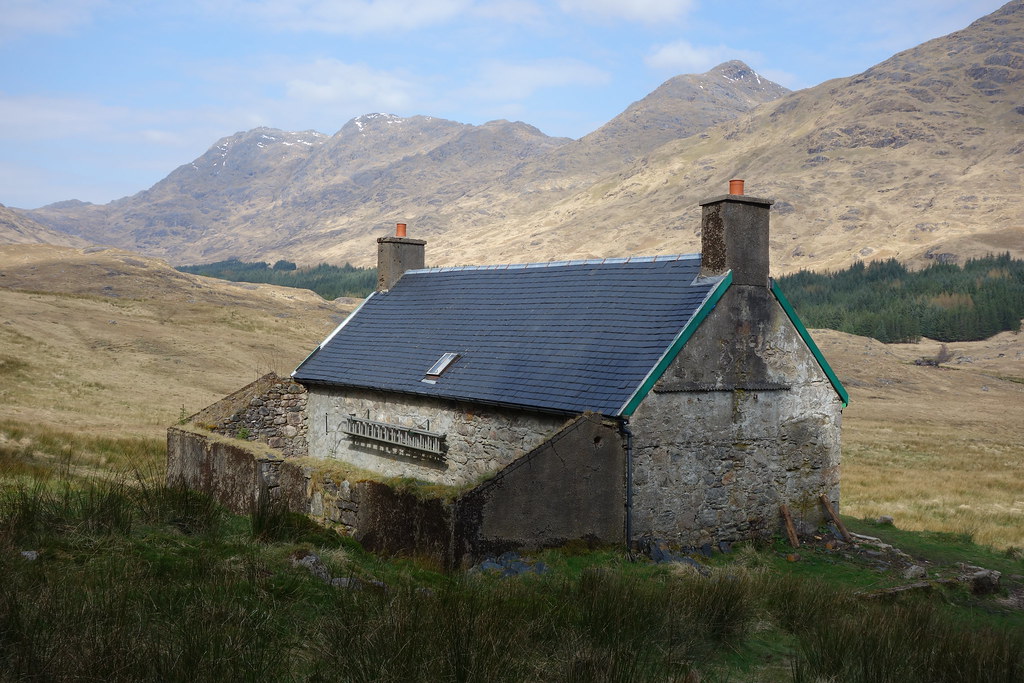 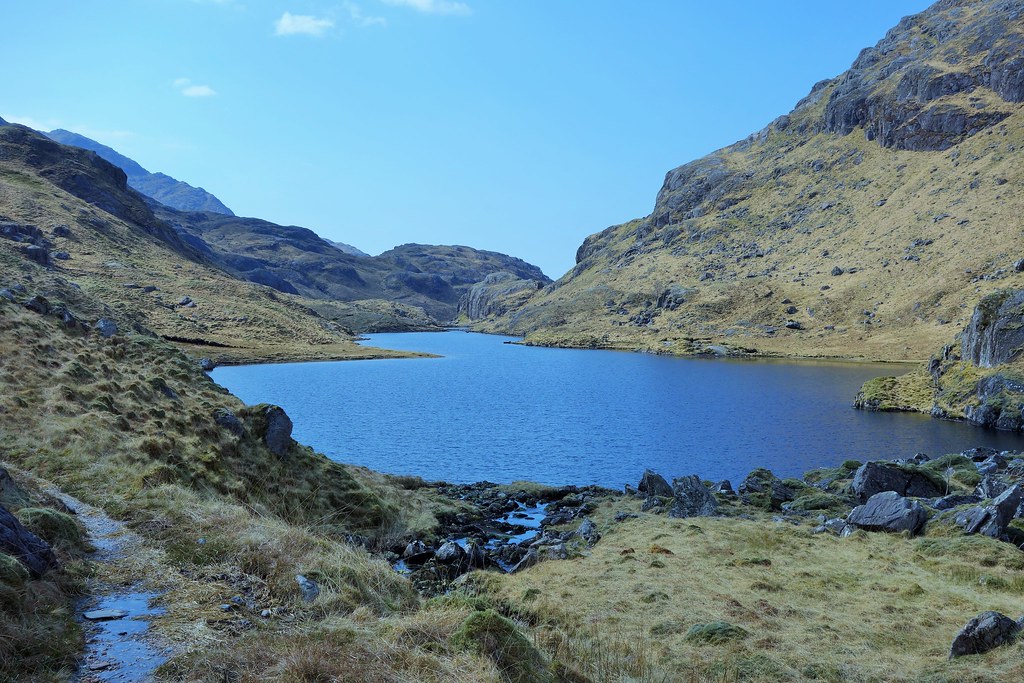 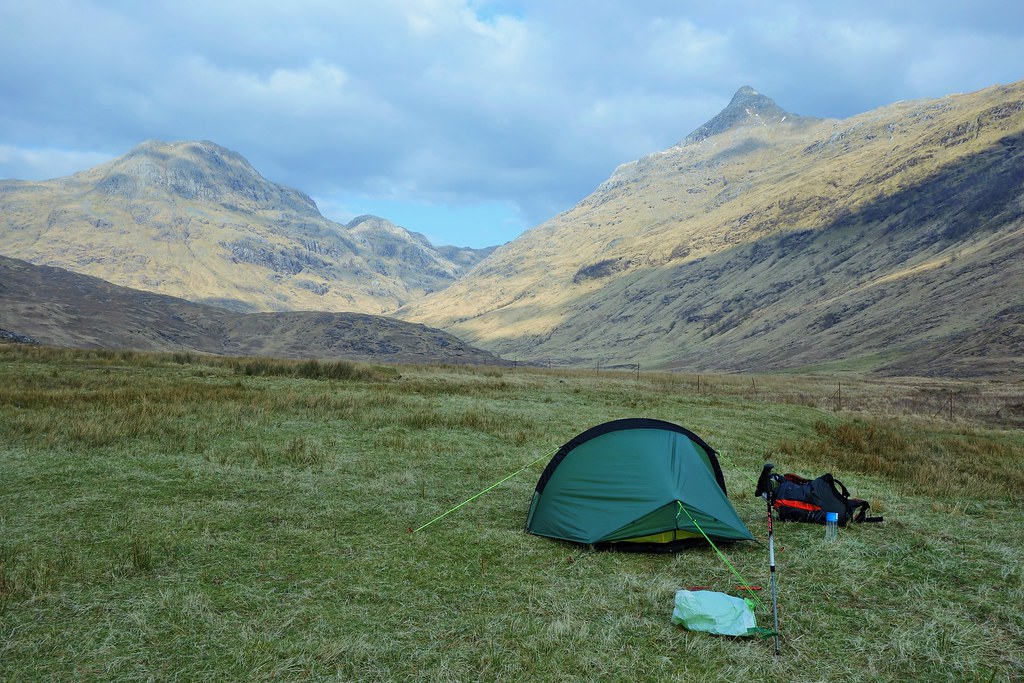 DSC04283 Day 2. I followed the track up by the river Carnach which muddy and rutted in places. Following the indistinct path up towards the direction of Lochan Nam Breac I ended up taking the wrong line and looking for the path to Barrisdale I went too high up the shoulder of Luinne Bheinn so walked on up too the summit and descended via Mam Barrisdale and onto the bothy. A check of the book showed few visitors this year possibly down to the road closure. The plan was to camp at Kinlochourn which took another 3 hours. 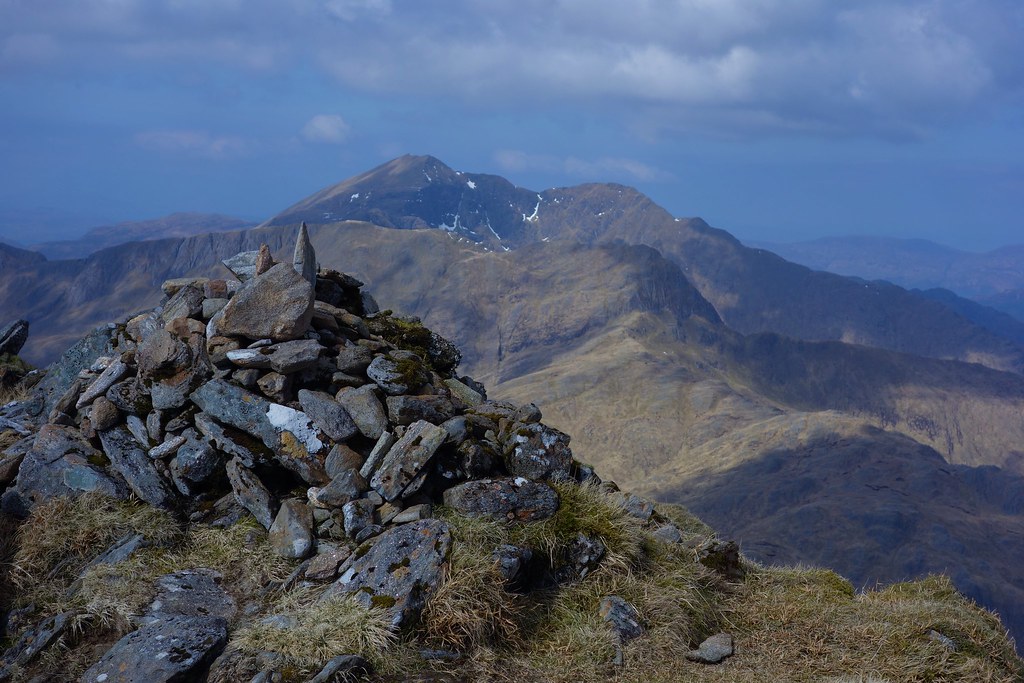 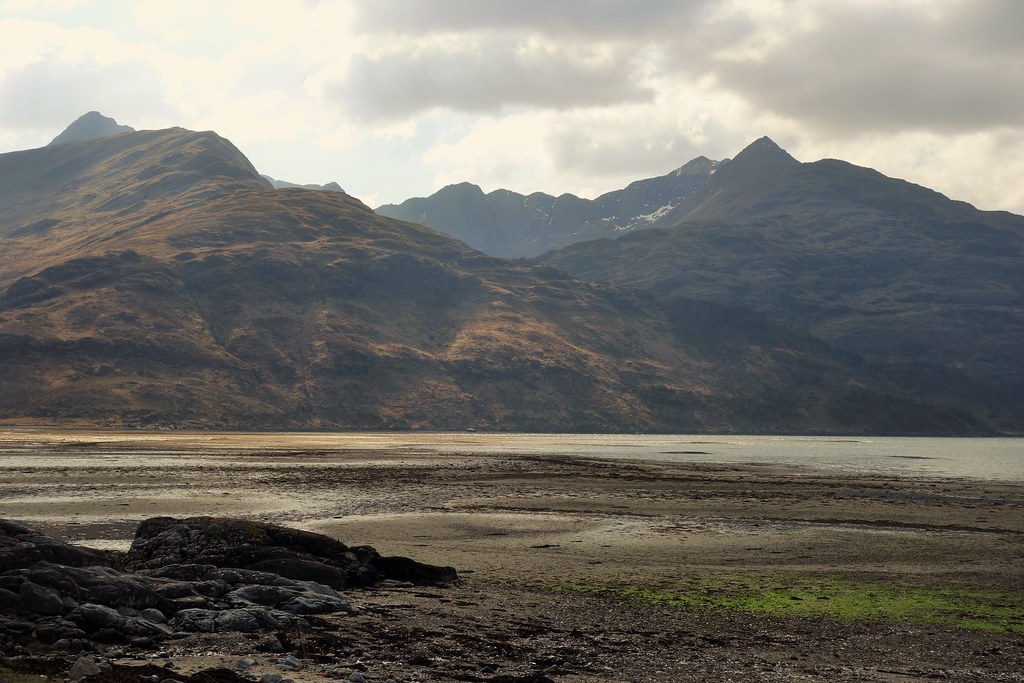 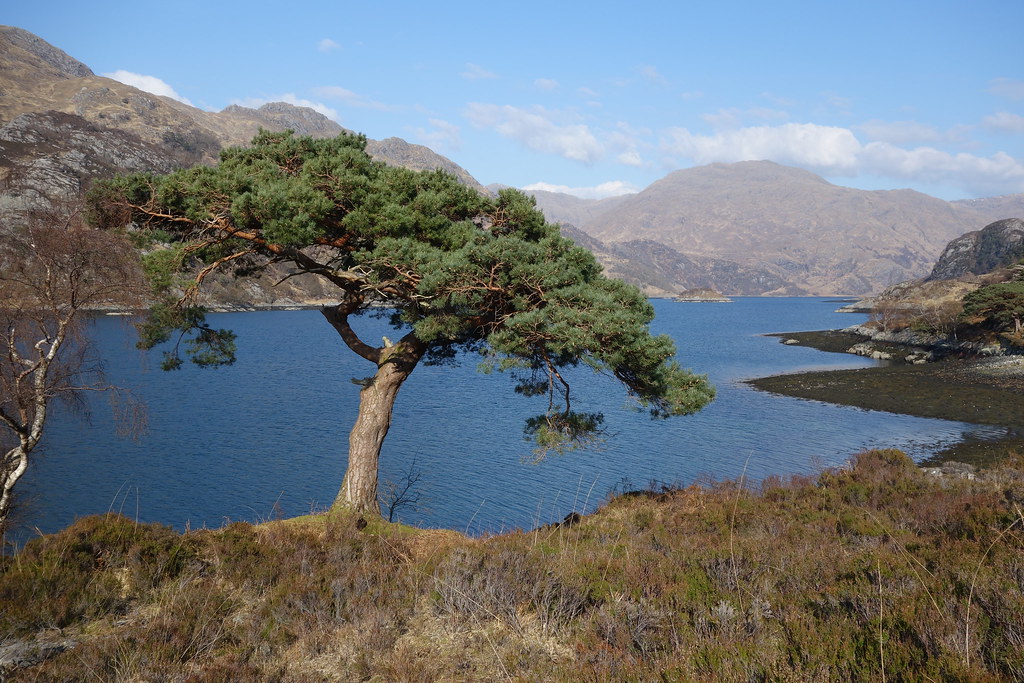 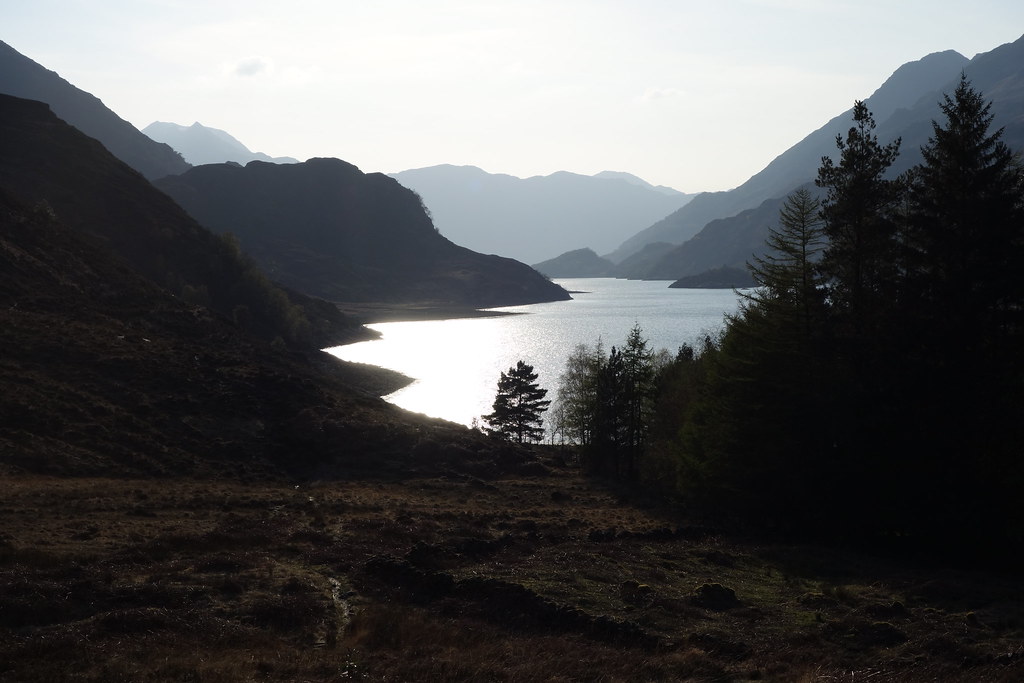 DSC04322 Day 3. Quite a hard day with plenty of ascent on the track over to Morvich. The track starts off steeply through the woods before settling and into Coire Mhalagain. Into the coire however the path disappears and you make your own way up onto the bealach and then contour, again trackless before hitting the track that ascends the Forcan ridge. Down into Coire Caol again on indistinct tracks before hitting a good track taking you into Shiel Bridge garage. I had discounted the garage as a supply point after a previous disappointment however the stock is much improved. I continued on taking the track towards the falls of Glomach, camping high on the tracks above Morvich 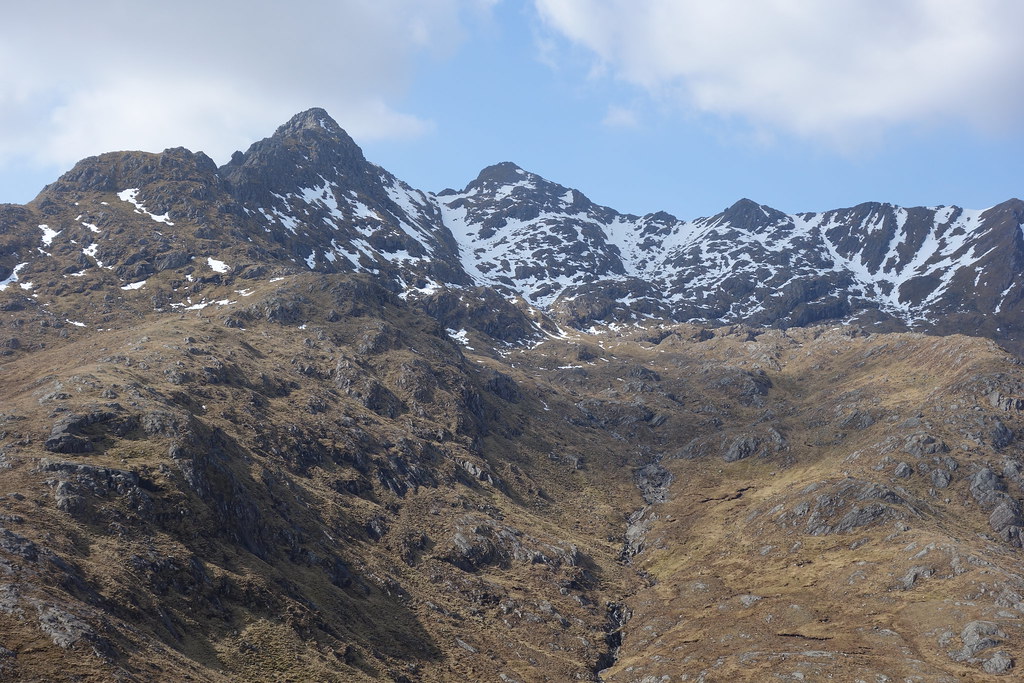 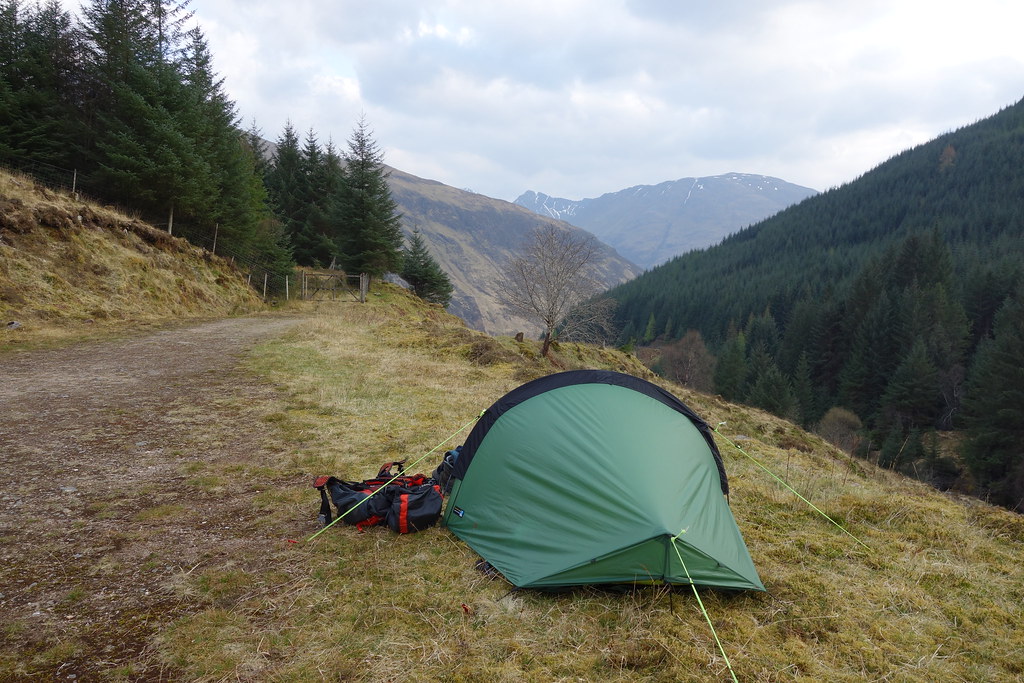 DSC04343
Day 4. When I did the CWT in 2015 I intentionally avoided the Falls of Glomach, as on a previous backpacking trip I had not enjoyed the path across the top and on this trip was fully prepared to divert if need be. As I ascended up the glen in the early morning there was frost and ice puddles on the path and I hoped that the path descending the falls was not icy. When I got to the falls I initially took the path that actually descends for a photography shot before realising my error and then continuing on the contouring path which has drops of 400ft plus to the right side. That section was quickly completed without issue and I dropped down to the glen and up over and onto Maol Bhuidhe bothy before continuing onto Loch Calavie and Ben Dronaig. The weather had turned
and icy blasts were blowing down the glen so it was onto Bernais bothy for an overnighter. 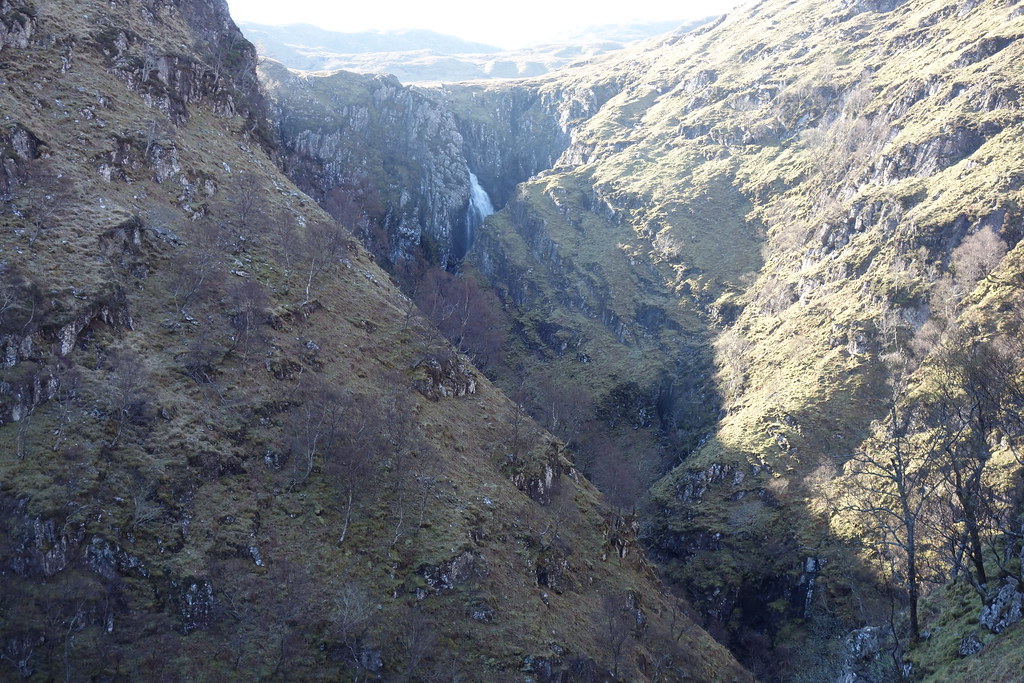 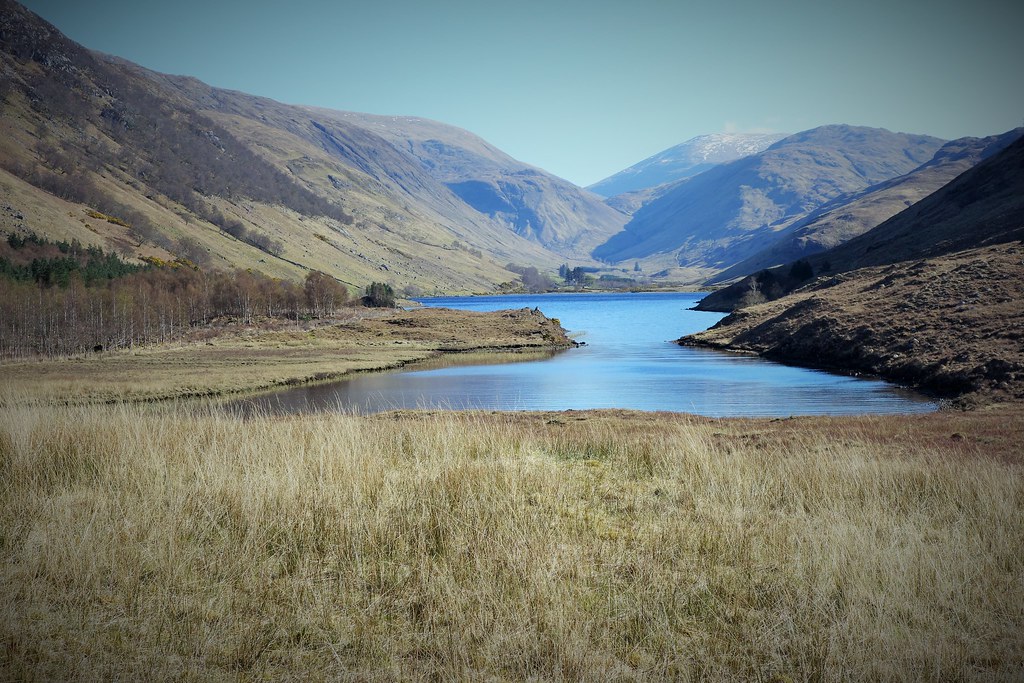 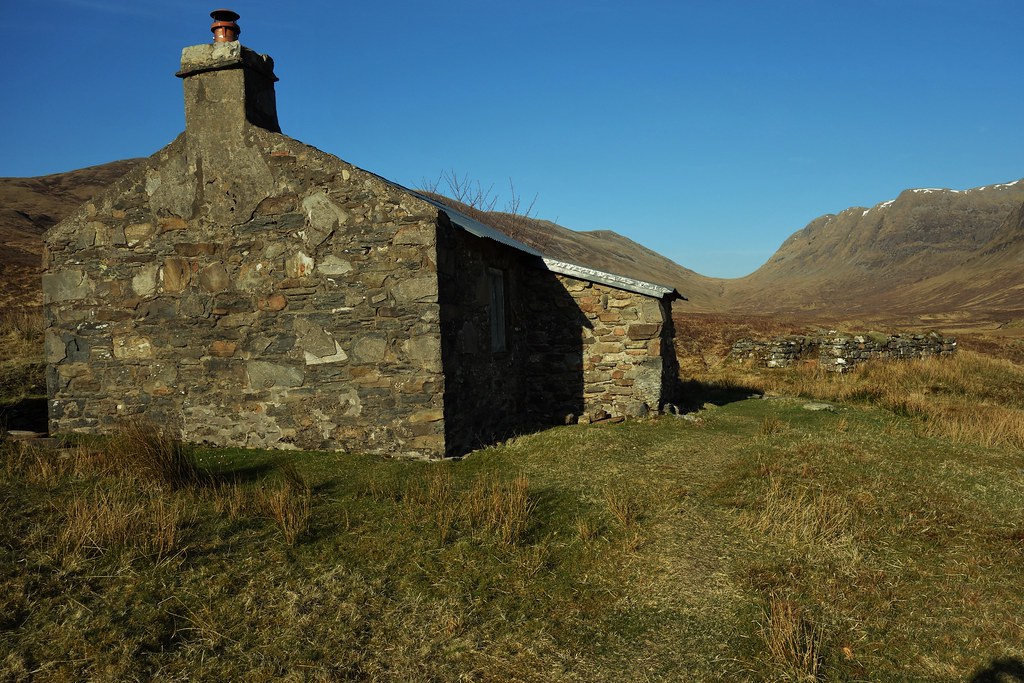 DSC04364
Day 5. A bright day but bitter in the wind. Going over the Bealach Bhernais I was blown off my feet by one vicious blast and put a hole in the sleeve off my goretex jacket. After dropping down towards Craig the wind dropped and it was a pleasant trip over the Coulin pass with a diversion to photograph Liathach and then a road walk into Kinlochewe for a hotel stopover 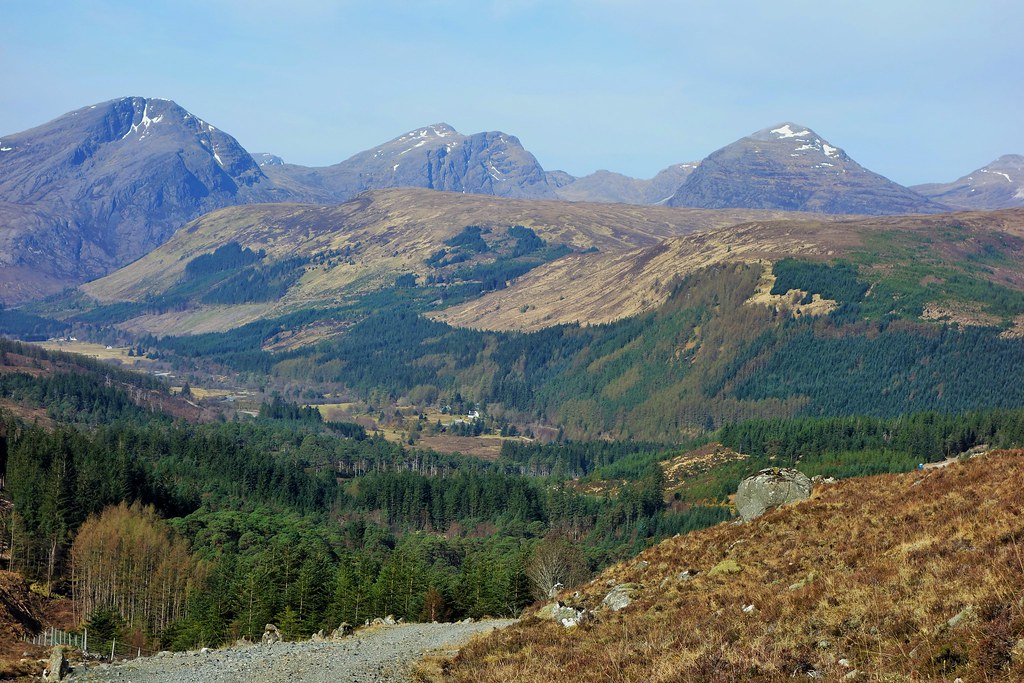 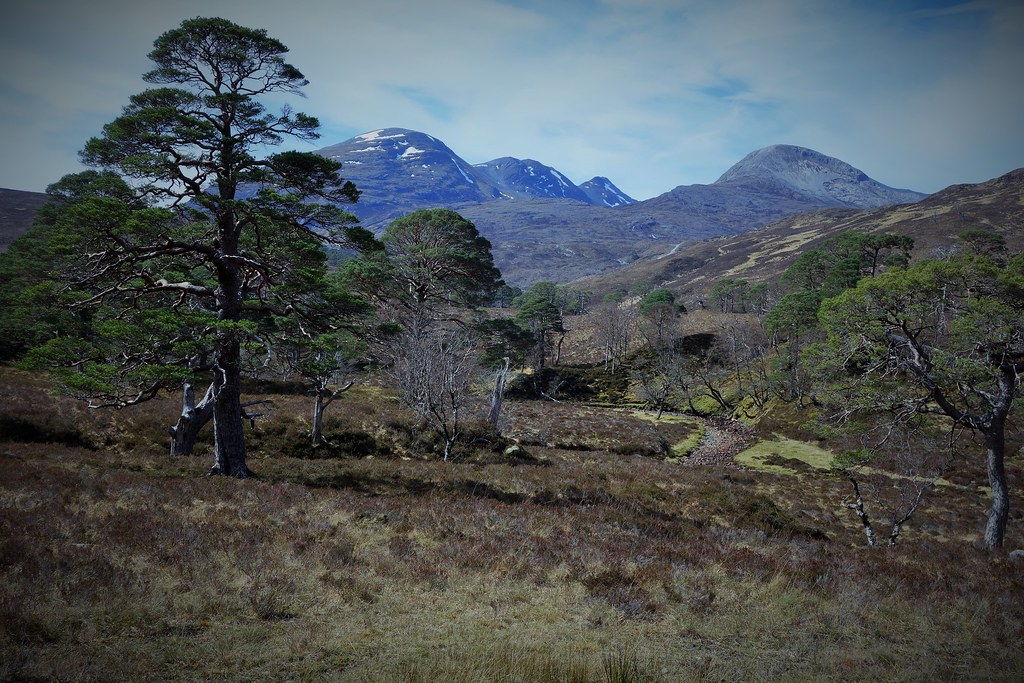 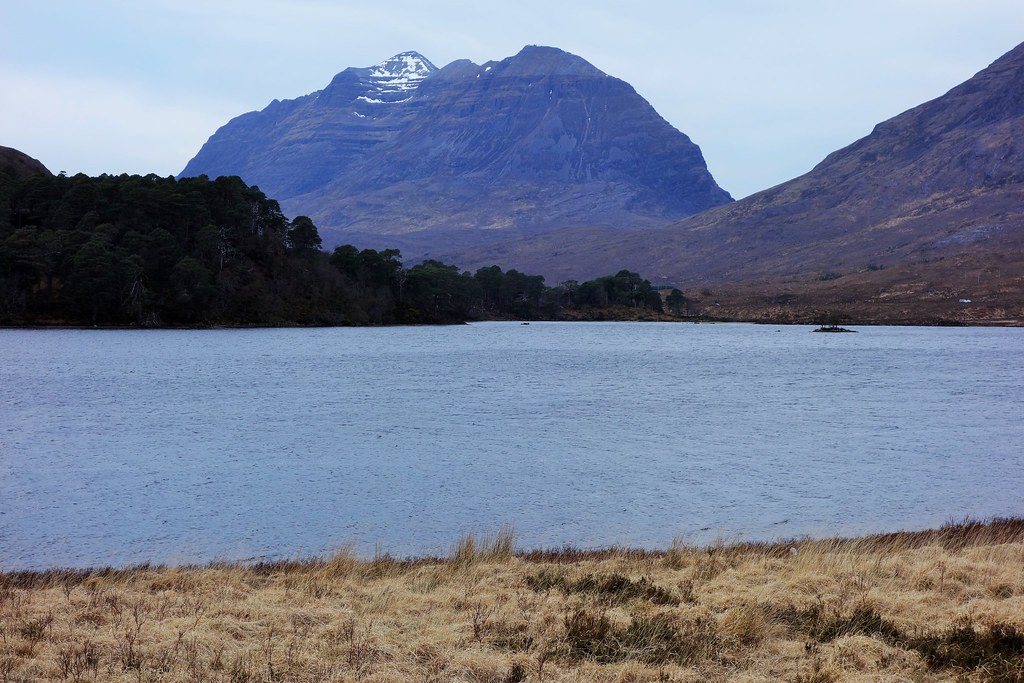 DSC04380
Day 6. A pleasant start after a hotel breakfast and a easy walk up to Lochan Fada, over Bealach nan Croise, down to Loch an Nid where I met only the second person doing the CWT before a stopover at Shenavall bothy 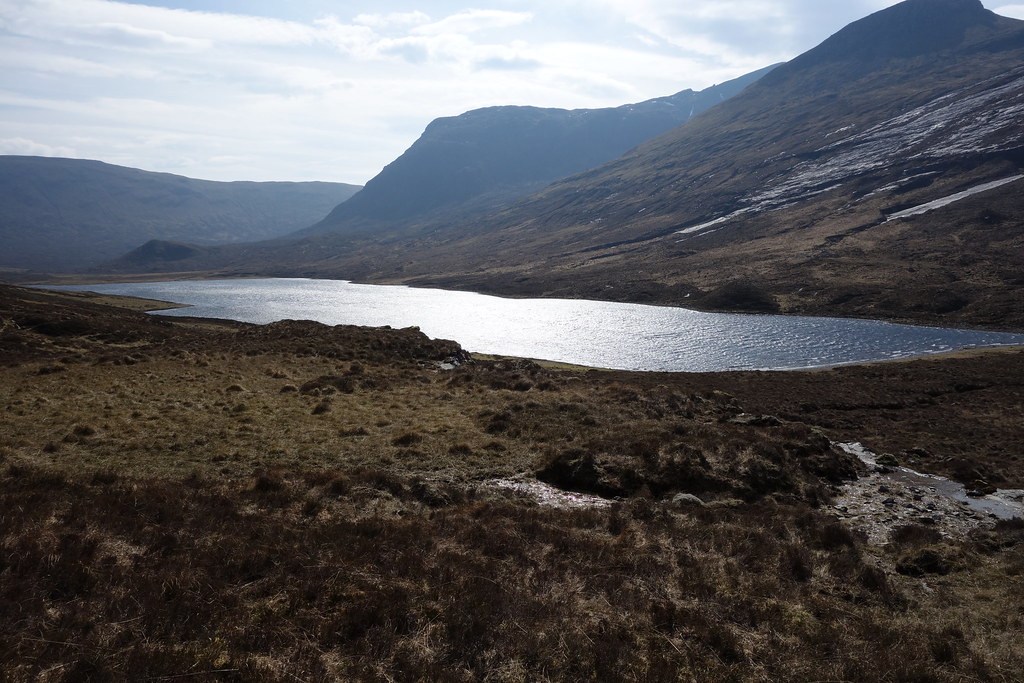 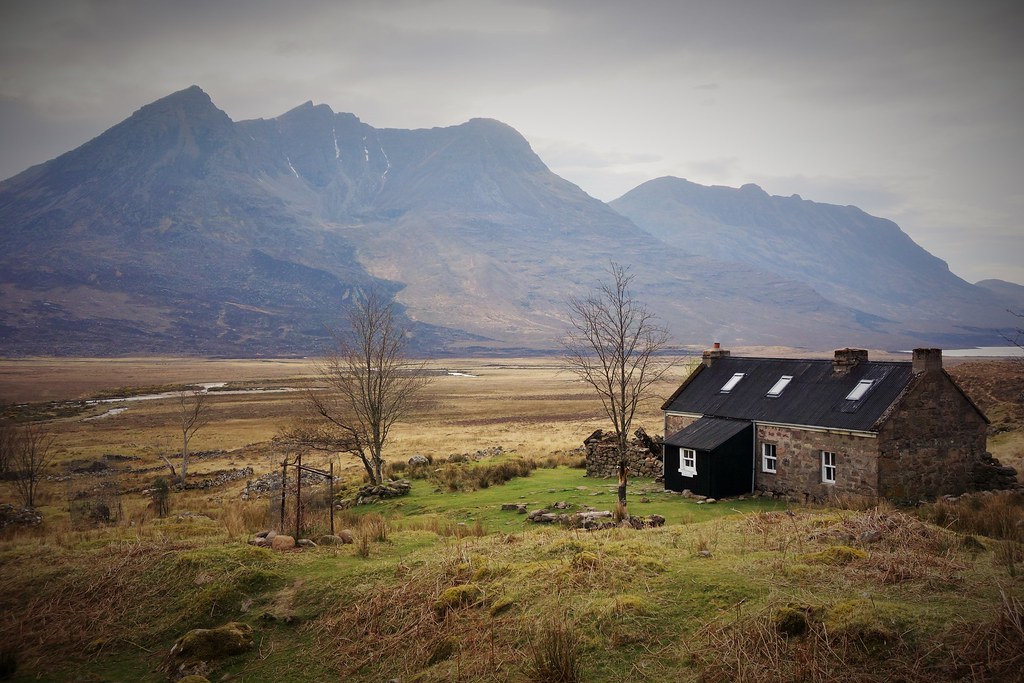 DSC04417
Day 7. No photographs taken today due to adverse weather. The plan had been walk to Knockdamph bothy however the weather and tiredness got the better of me and I ended up camping about 3 miles short of the bothy.
Day 8.Completed the 3miles in around 1hr 30mins and walked the level track towards the bothy and onto the schoolhouse bothy where I intended to take a lengthy break but one of the rooms was thick with cigarette smoke so after a short break walked on Oykel bridge hotel for some food and then onwards camping high up in the Oykel glen nr Salachy 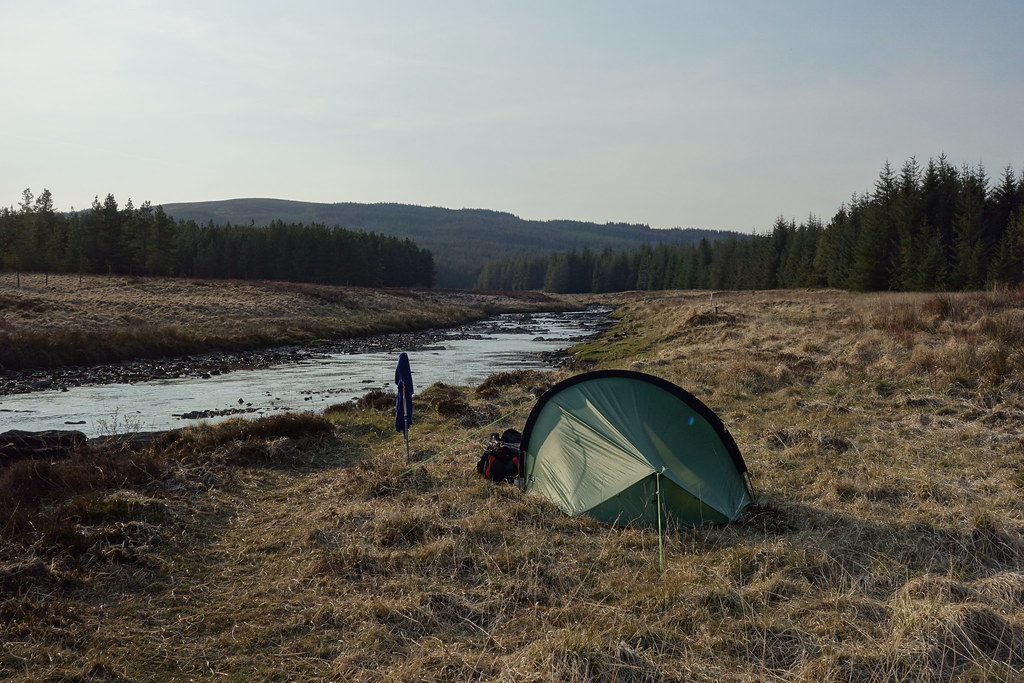 DSC04431
Day 9. A fairly short day, around 12 miles. Had originally planned to do the 2 munros on the way to Inchnadamph but again tiredness took me down the easier option on the crossing to the hotel for a pleasant stay, the owner allowing me and 1 other to stay 1 day ahead of the official opening for the season 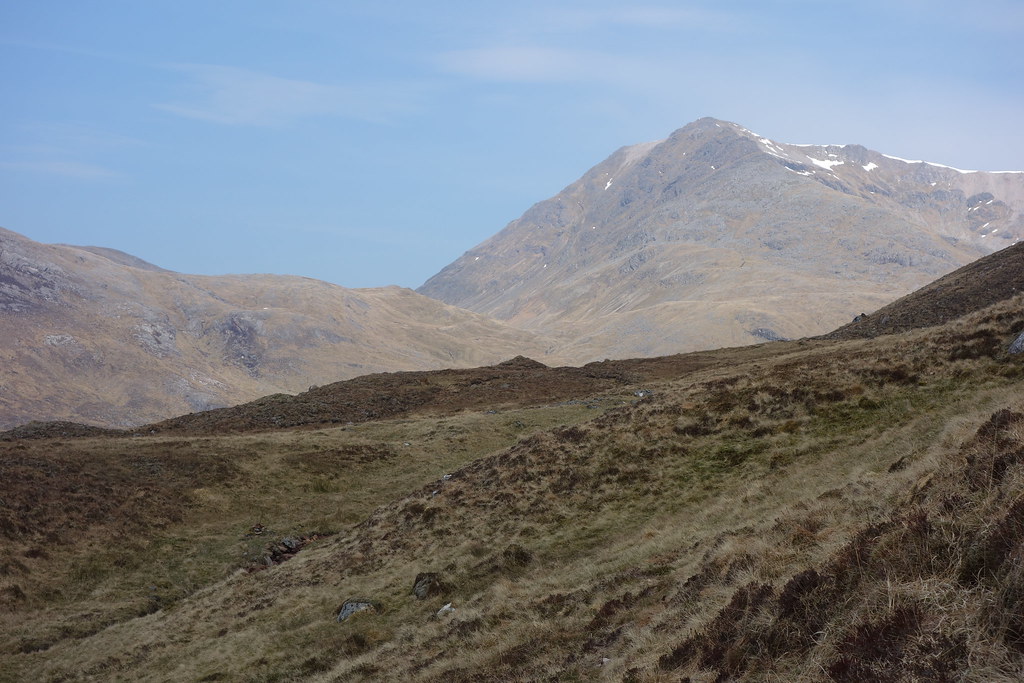 DSC04435
Day 10. Left Inchnadamph and ascended via the superb stalkers path before dropping down to Glencoul for a break and then onto Glendubh bothy to stay overnight. 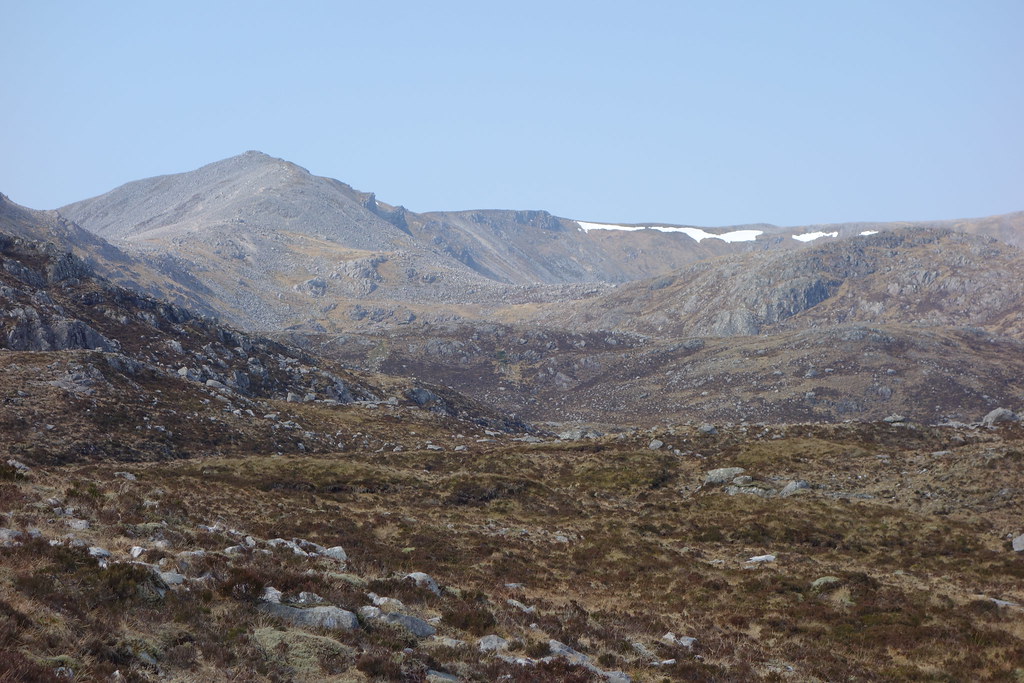 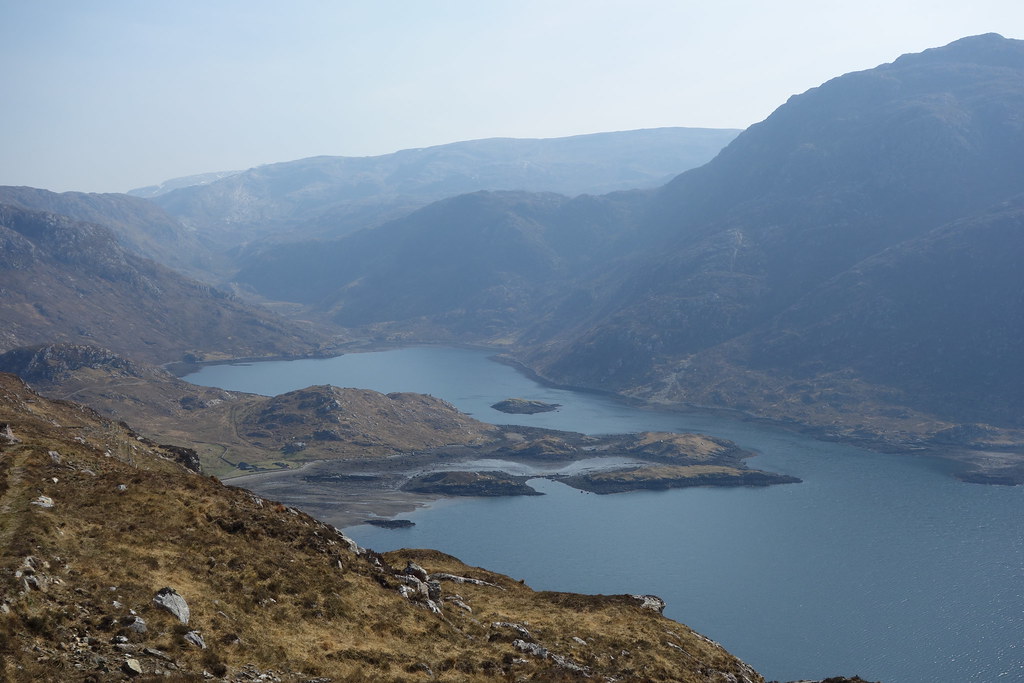 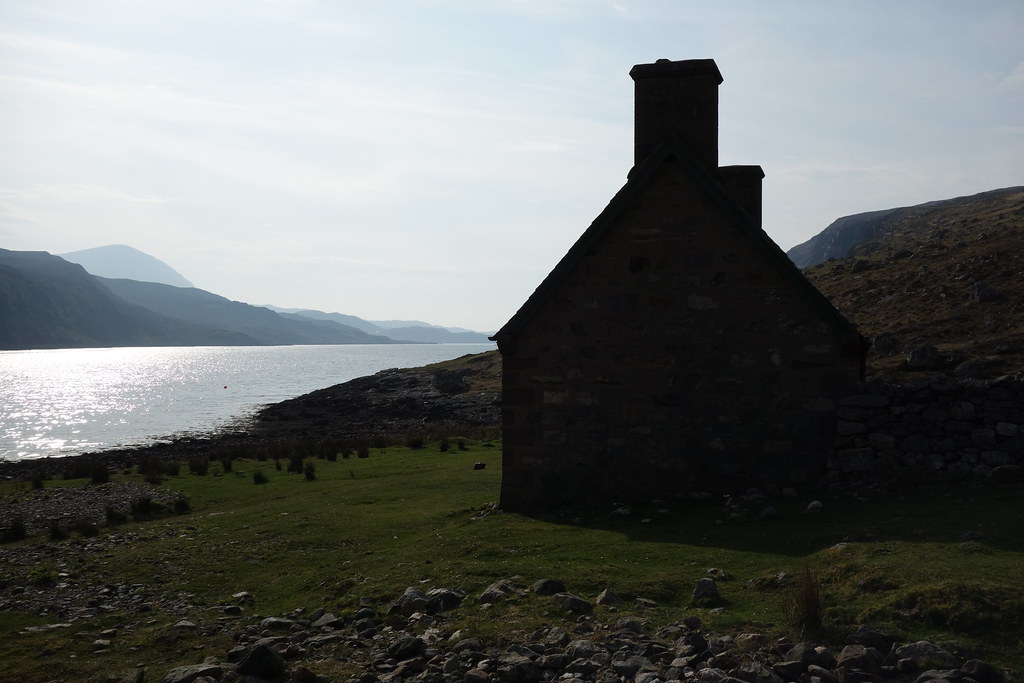 DSC04484
Day 11. Off at 7.30am on the fast walking track up towards Ben Dreavie which I intended to go over however due to low mist and winds I gave it a miss and dropped down to Achfary and walked the road to the head of loch stack before joining the path to the Rhiconnich hotel for another hotel stopover. 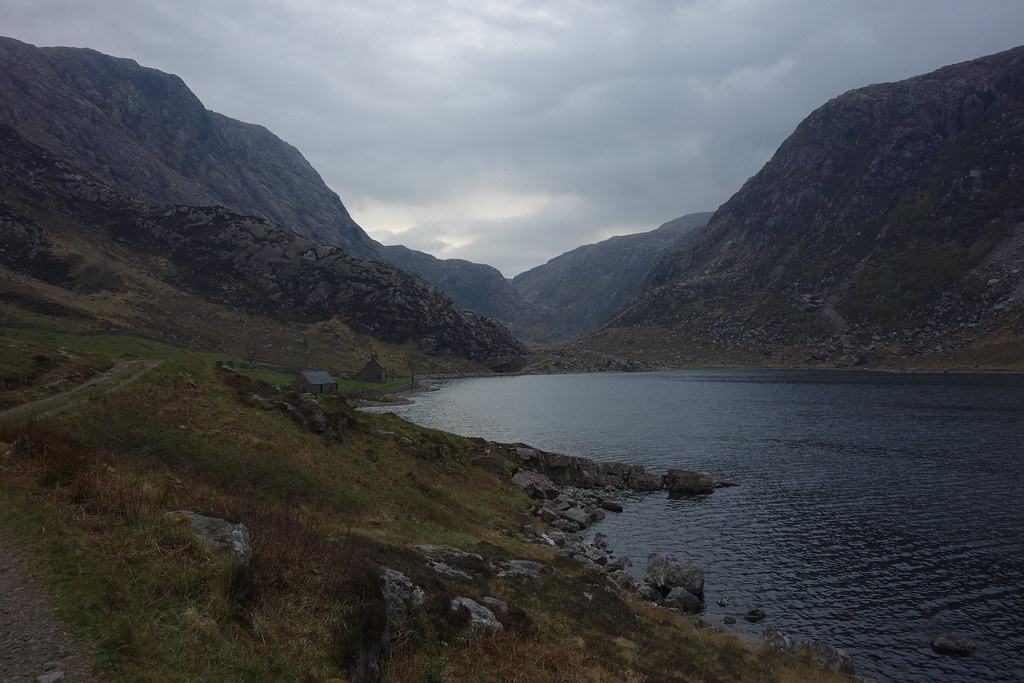 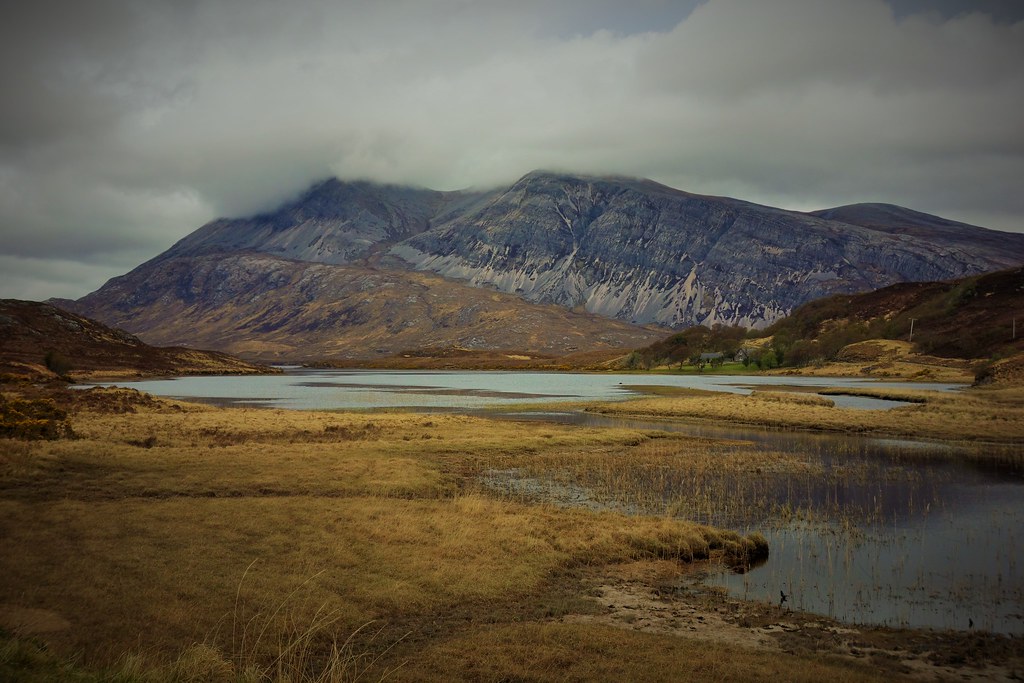 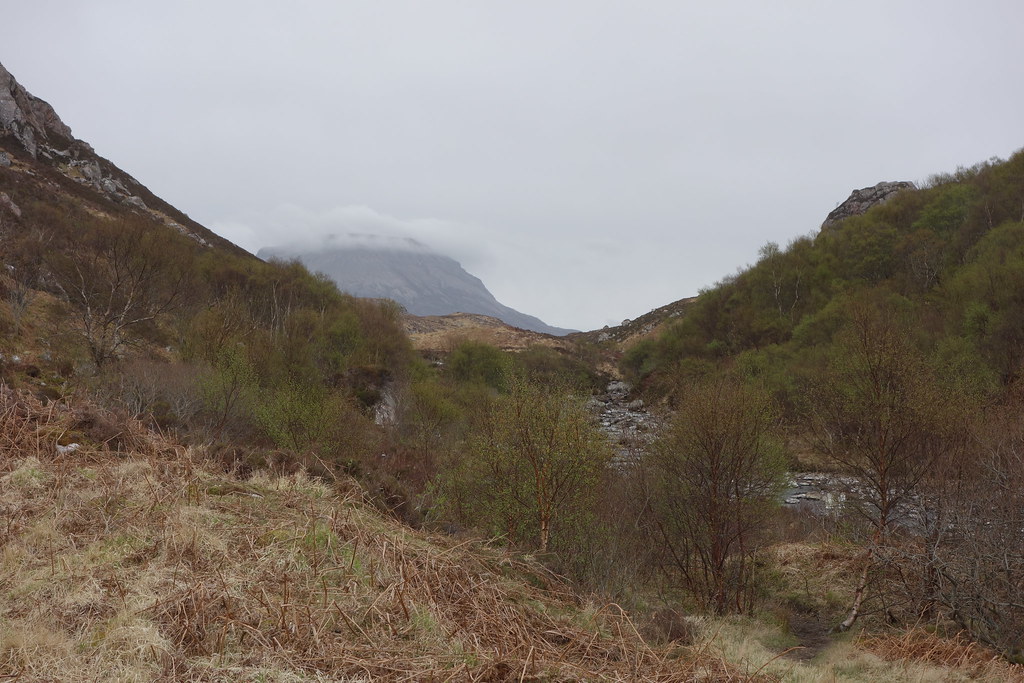 Day 12. An easy day with a road walk into Kinlochbervie where I lingered for a while at the shop before the road walk up to Oldshoremore and onto Sandwood bay. Couldn't find a sheltered spot to camp due to windy conditions so walked Strathchaillach bothy to stay overnight. 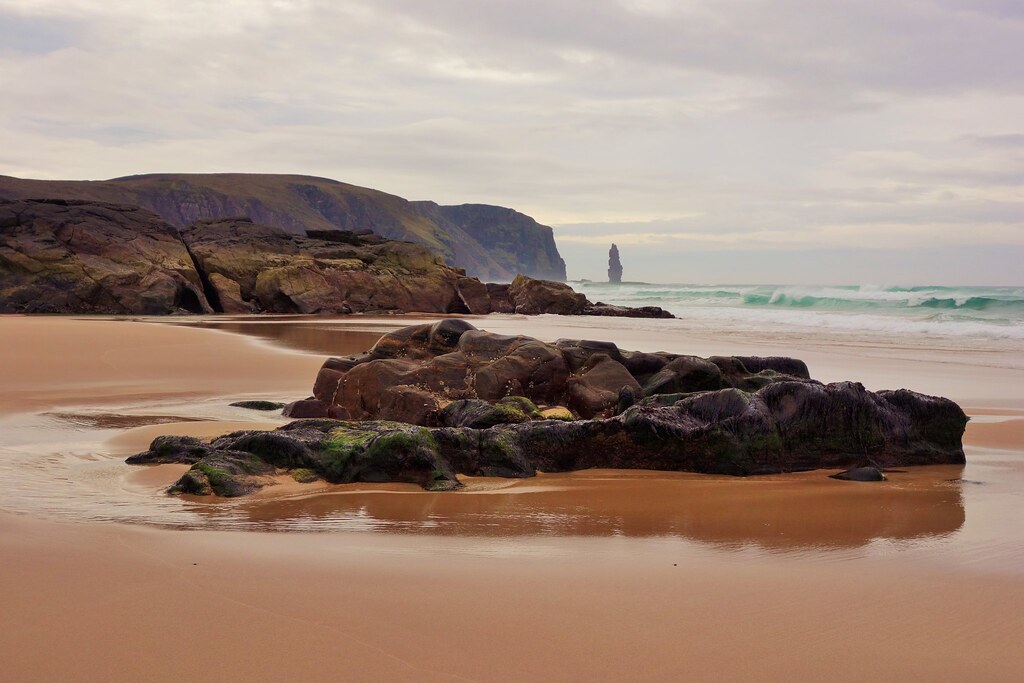 Day 13.Half a day today, around 8 miles along the clifftop path up to the cape before the bus/ ferry to Durness and then the long journey home 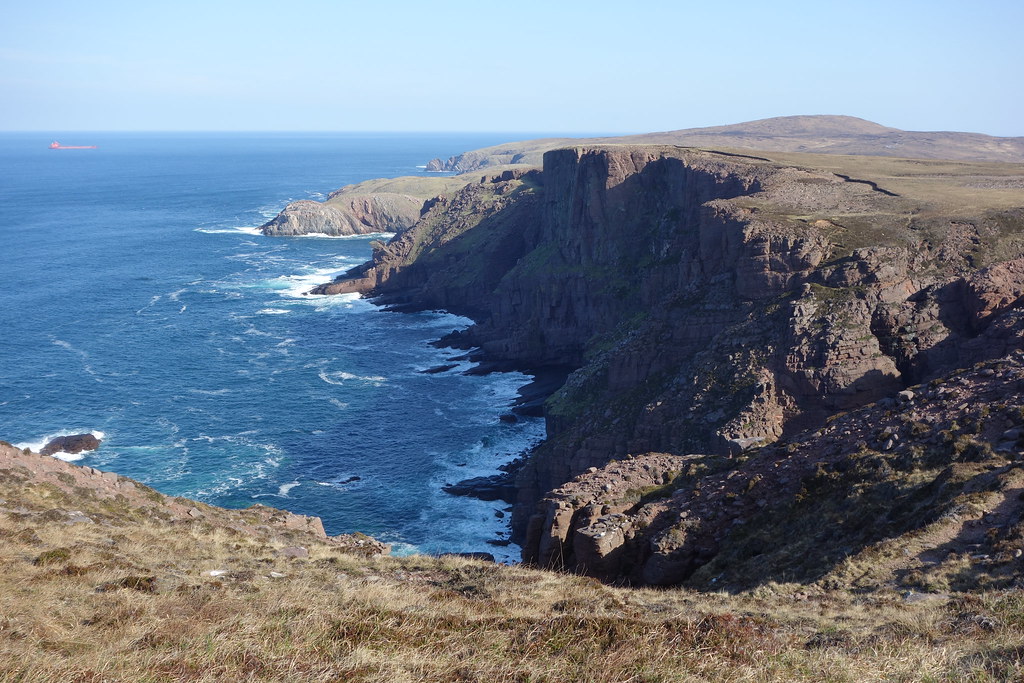 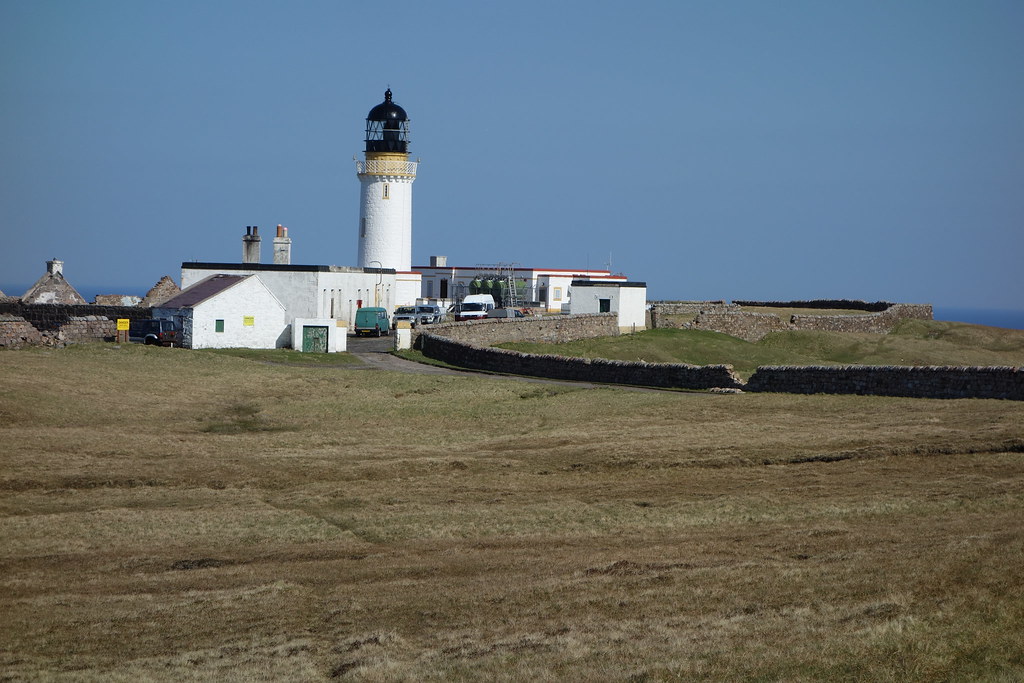