Whilst I’m ever so familiar with his Scottish cousin, Jock, I’ve spent a lot less time with Jack Sh** (credit to Jimmy for the clever name play). We got to know him far better than we wanted to, or had anticipated. The forecast—ALL forecasts, for that matter—were for “high pressure building, high temperatures; early morning cloud and mist burning off quickly.”

With impeccable timing, as I was contemplating what to do with such a marvellous weekend, “ping” came the text, wanting to know if I was interested in a Lake District wander. Perfect! 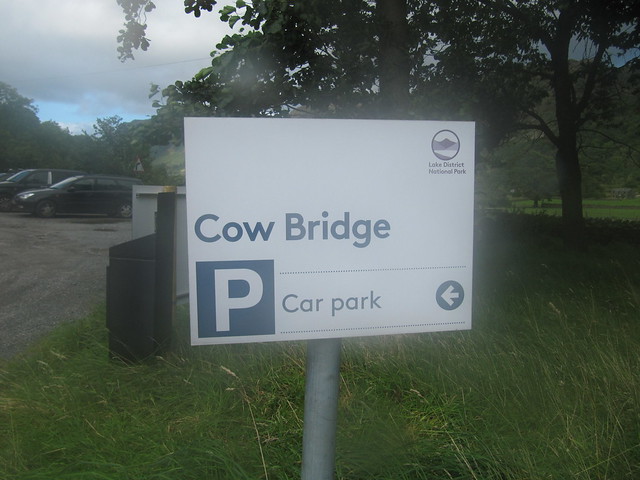 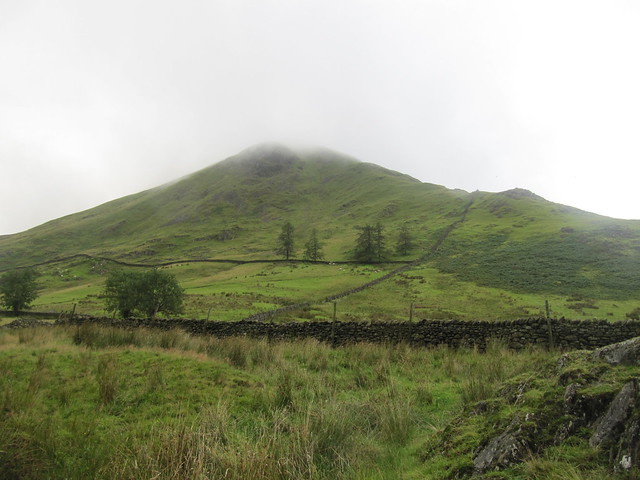 and made a steep initial ascent up this hill (Hartsop Dodd) 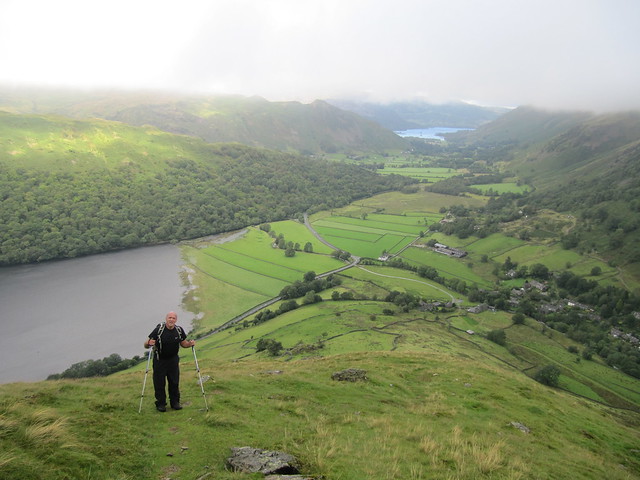 for a short while, we had views like this 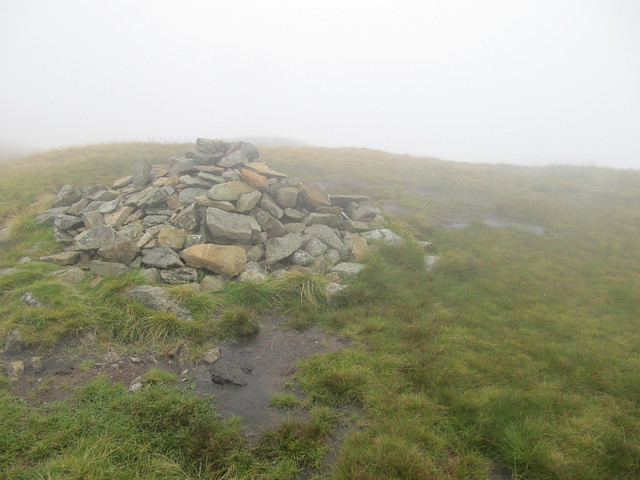 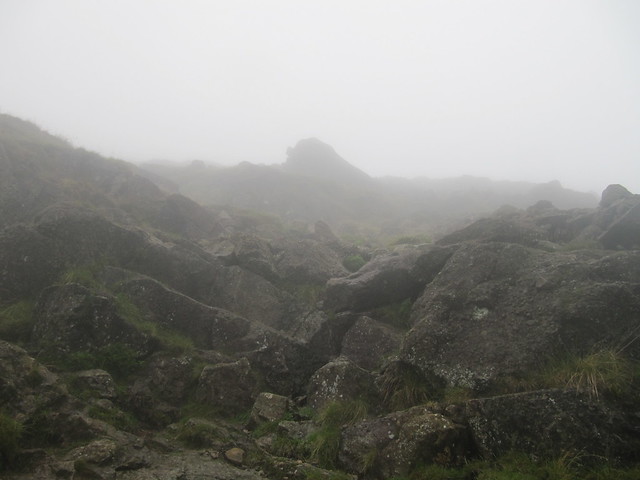 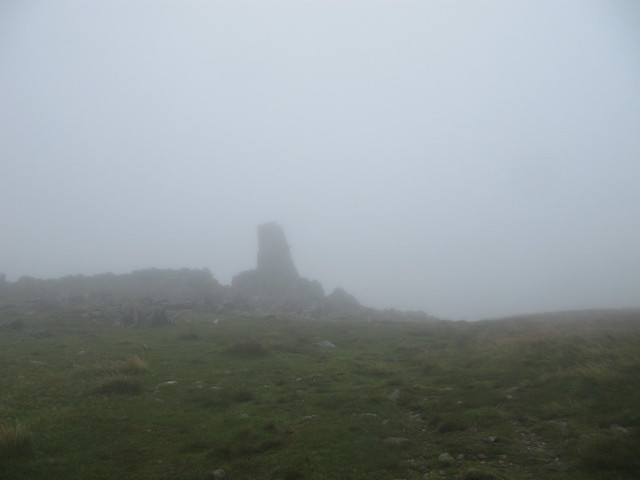 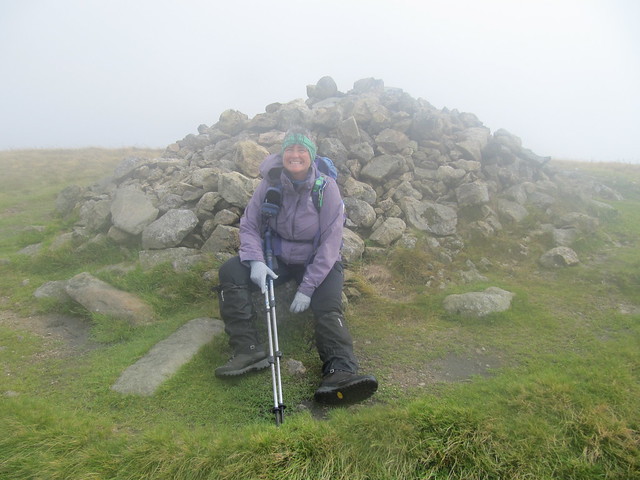 After hours of seemingly random wandering, up to and down from seemingly random bumps of one classification or another, we began our descent, bidding a rather testy farewell to Jack, who’d decided to spend a few more hours up around 700m. 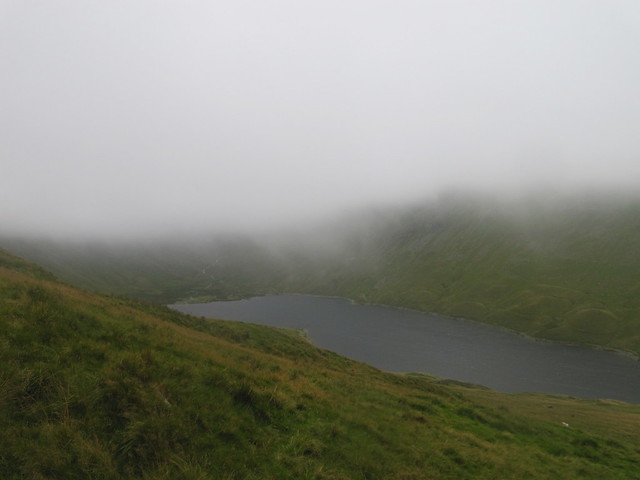 PS We should *really* have taken the high road High Street, over Racecourse Hill, which is both a Hewitt and a Wainwright. In a WR filled with

, I can but only say it once more.

PPS One more curious incident that bears mentioning: we'd met a few people on and off throughout (and it seemed that at least one of every party said "oh, it's going to clear up"

), when we reached the large cairn on High Raise, people started appearing out of the mist, from every direction. There must have been 15-20 people, and although there was one larger party of 5 or 6, all others were singletons or duos. We all converged on the cairn, said quick hellos and "where are you off to now"s, and went on our respective ways. When I glanced back, about 30 seconds after heading out, the summit was once again completely empty, the cairn slowly disappearing back into the mist. It was really odd.