I'd spent Saturday out west cycling round Assynt, and much as I would have liked to return, the weather was looking better in the east for Sunday. So it was back to the Cairngorms for yet another variation on my favourite circuit - up the Fiacaill Coire an t-Sneachada, across to the top of the Shelterstone, then onwards somewhere else (that bit I hadn't decided yet).


our_route.gpx Open full screen  NB: Walkhighlands is not responsible for the accuracy of gpx files in users posts
I was stung by the new parking charges up at the Cairngorm base station - obviously hadn't started late enough in the day

. On my way by 2pm, I headed pretty quickly up towards the Fiacaill - the weather was set to deteriorate later on, so I wanted to make the most of the sunshine. 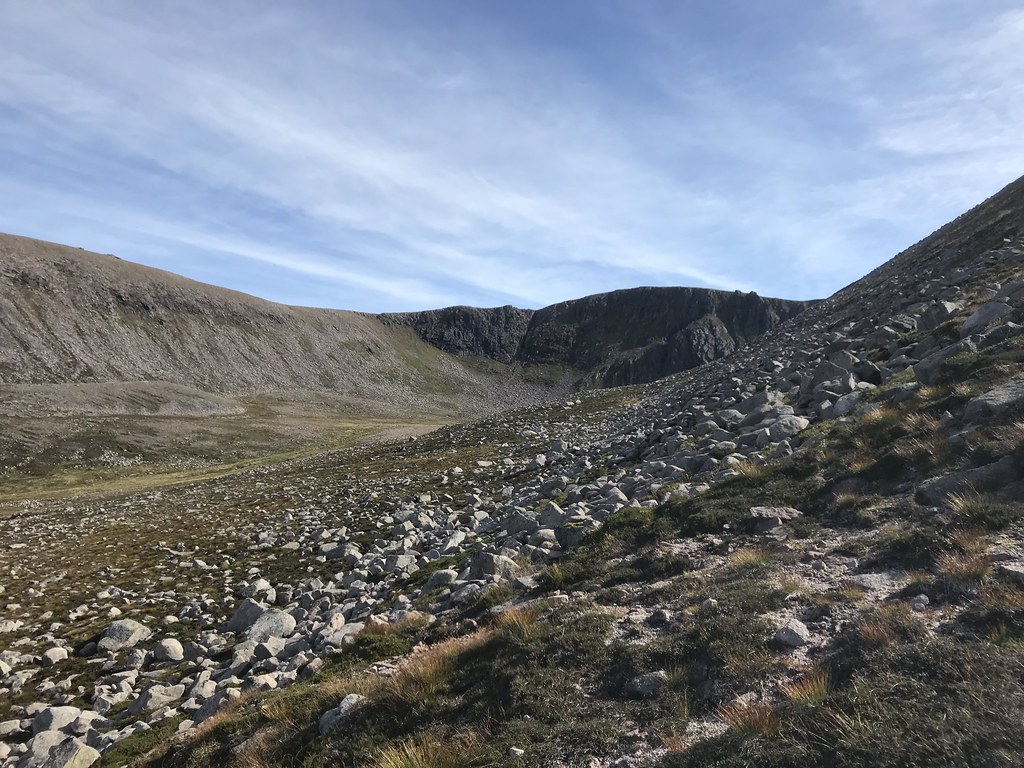 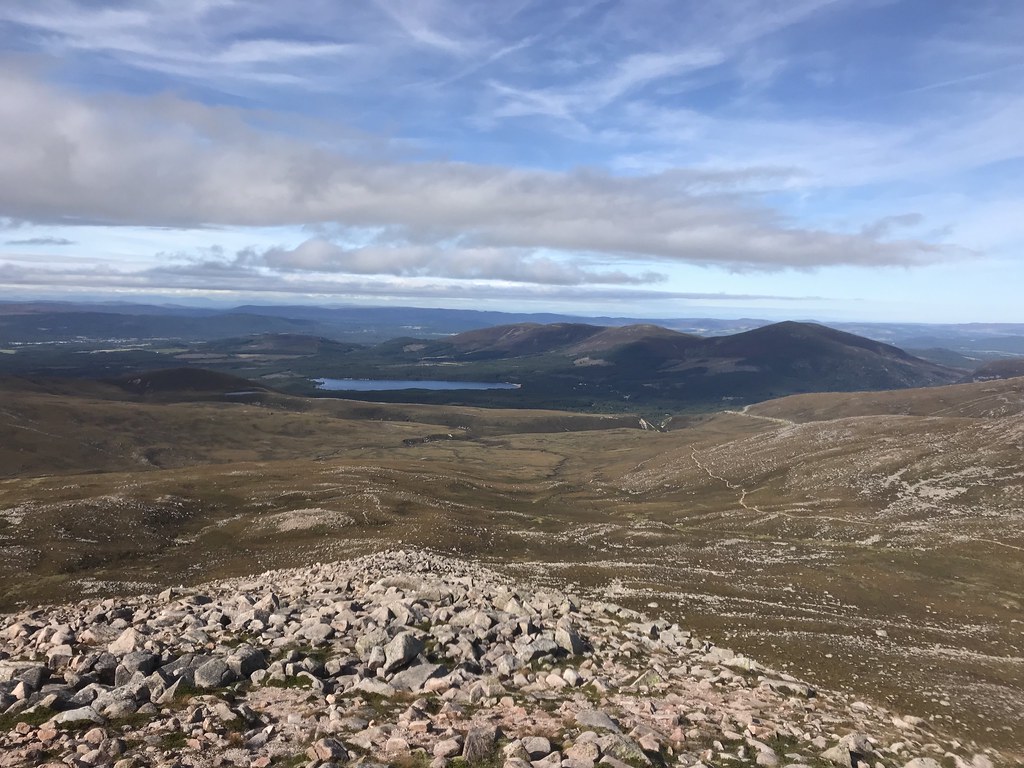 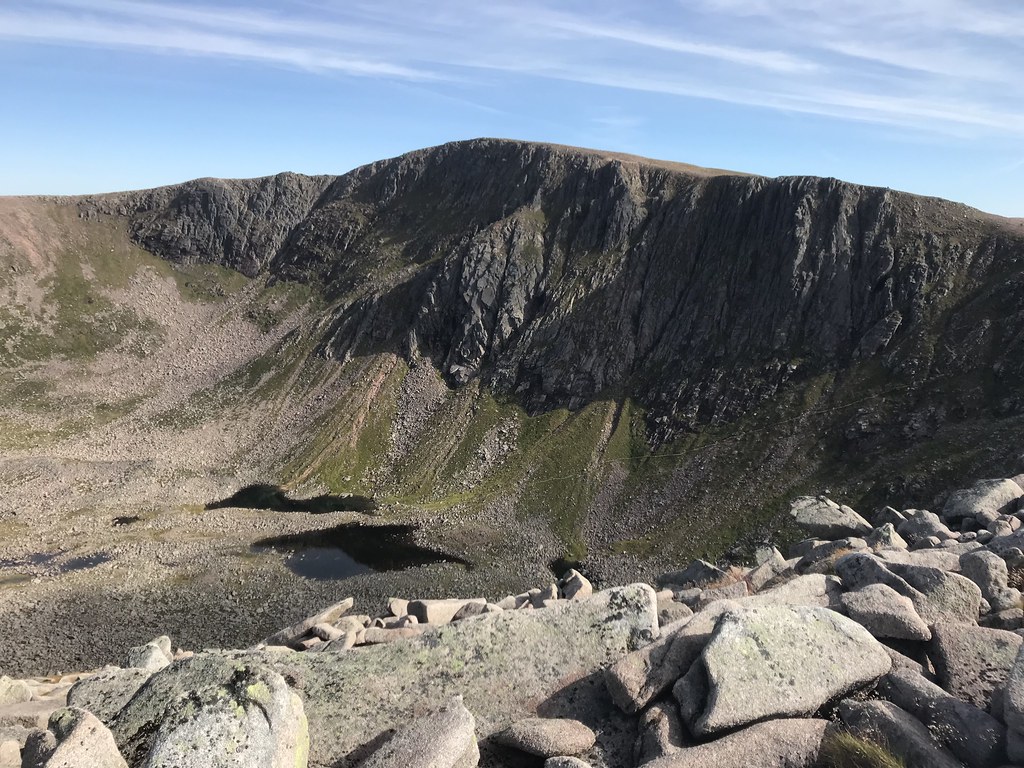 I've lost count of the number of times I've been up this ridge now, but it's always enjoyable. Full autumn colours weren't here yet, but things were definitely on the turn, and it was delightful

. Once on the plateau, I skipped Cairn Lochan and made directly for the top of the Shelterstone. Even now the sunshine was turning to grey - no surprise as I'd seen wisps of lower cloud moving in from the west. 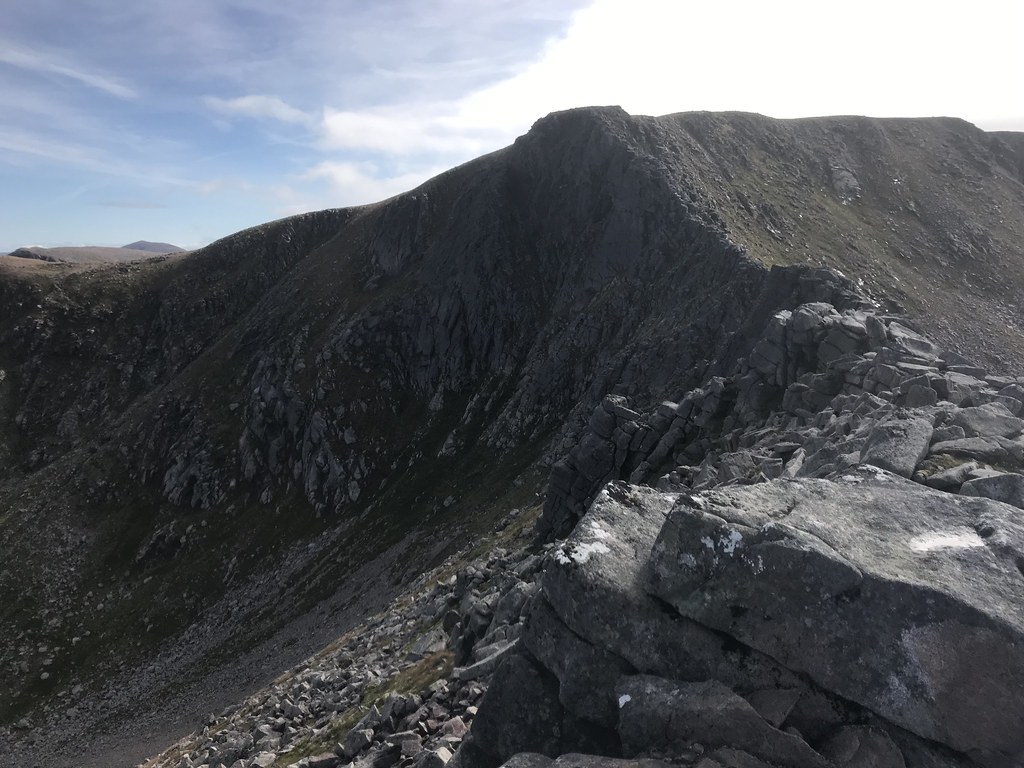 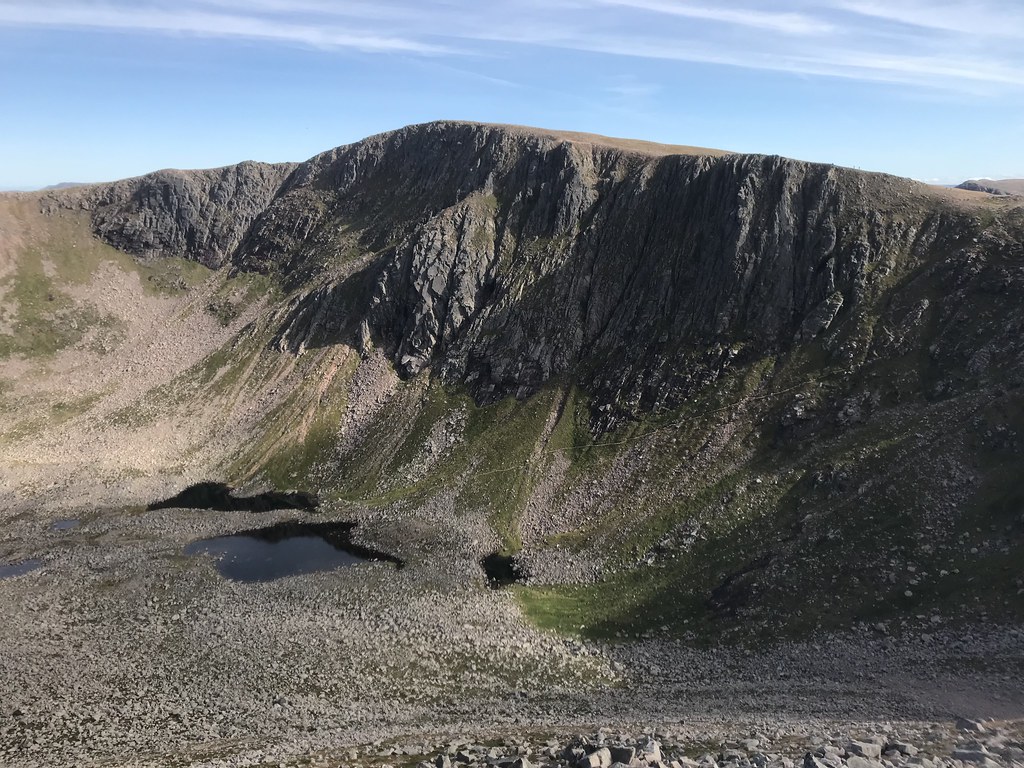 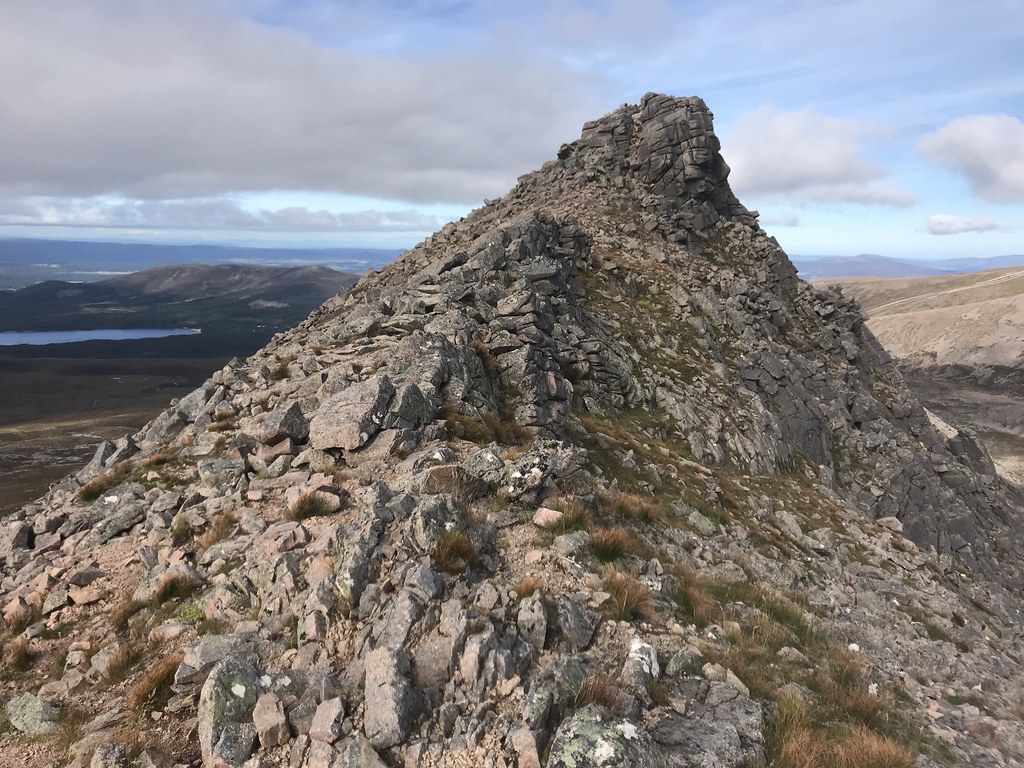 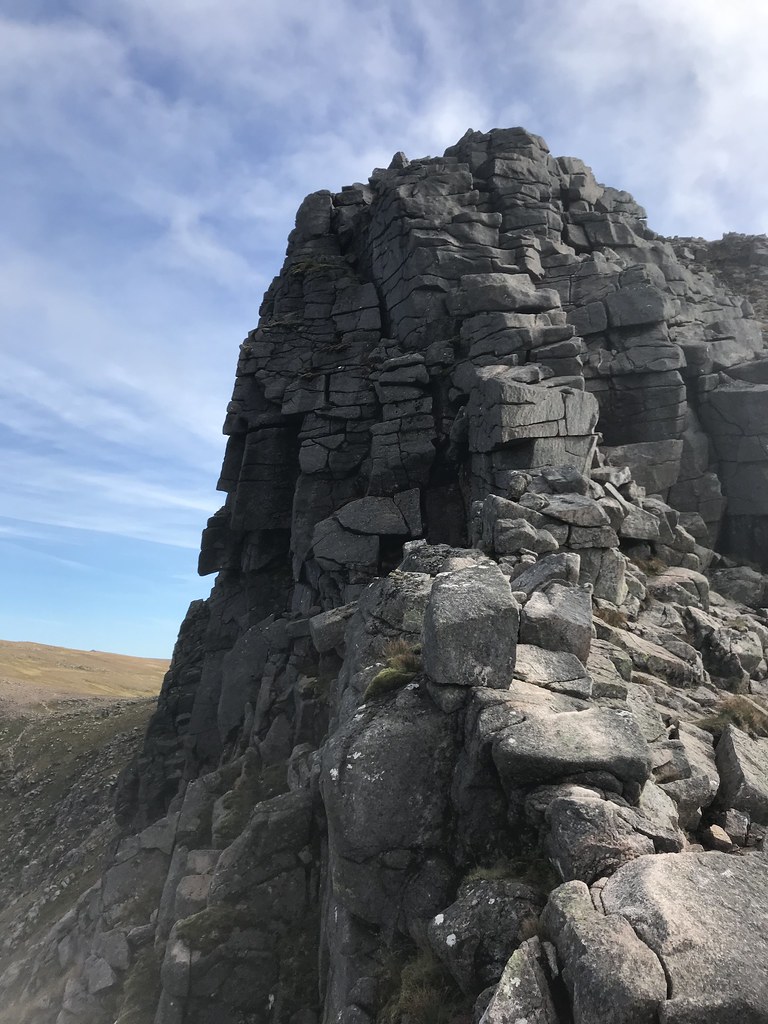 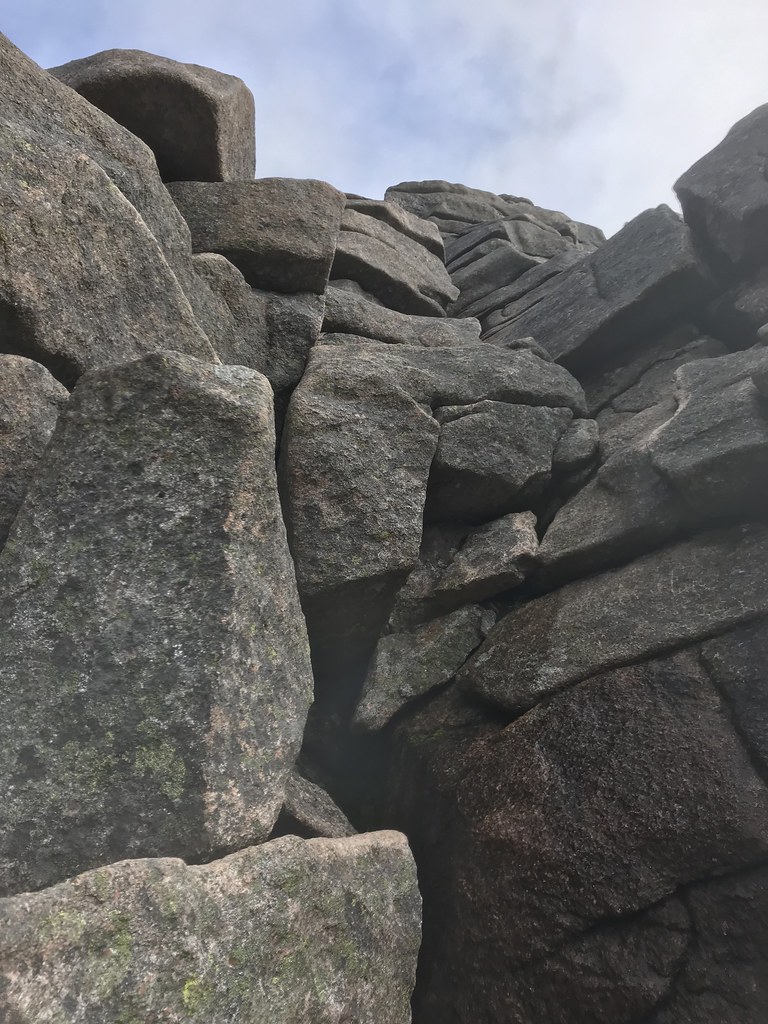 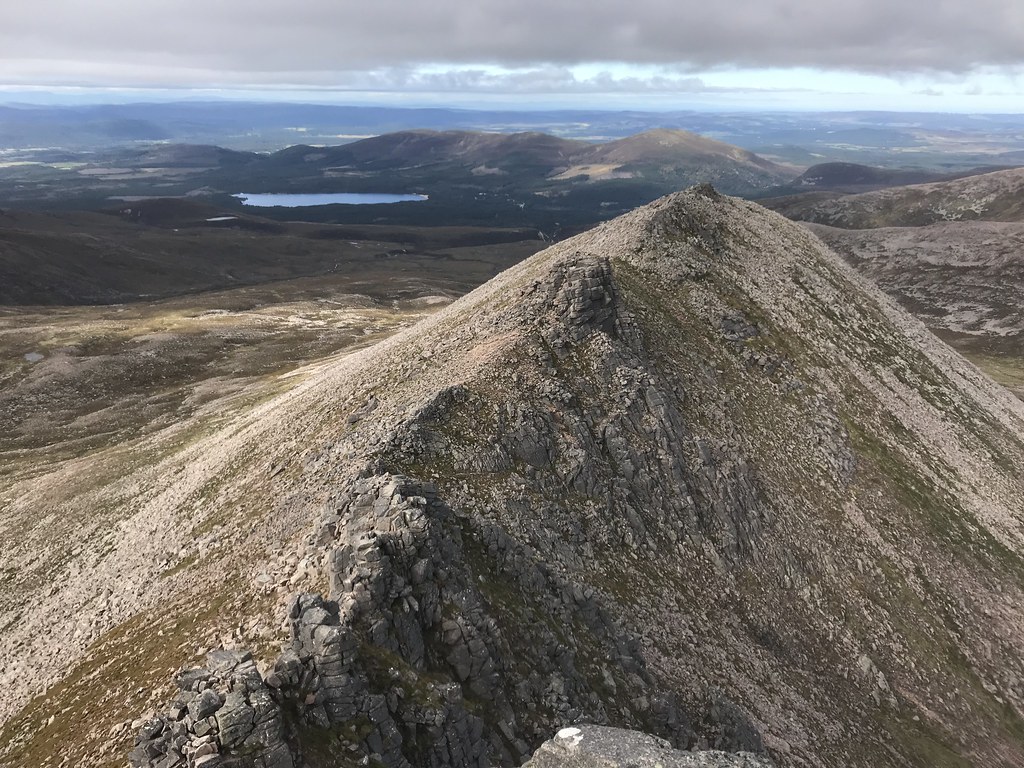 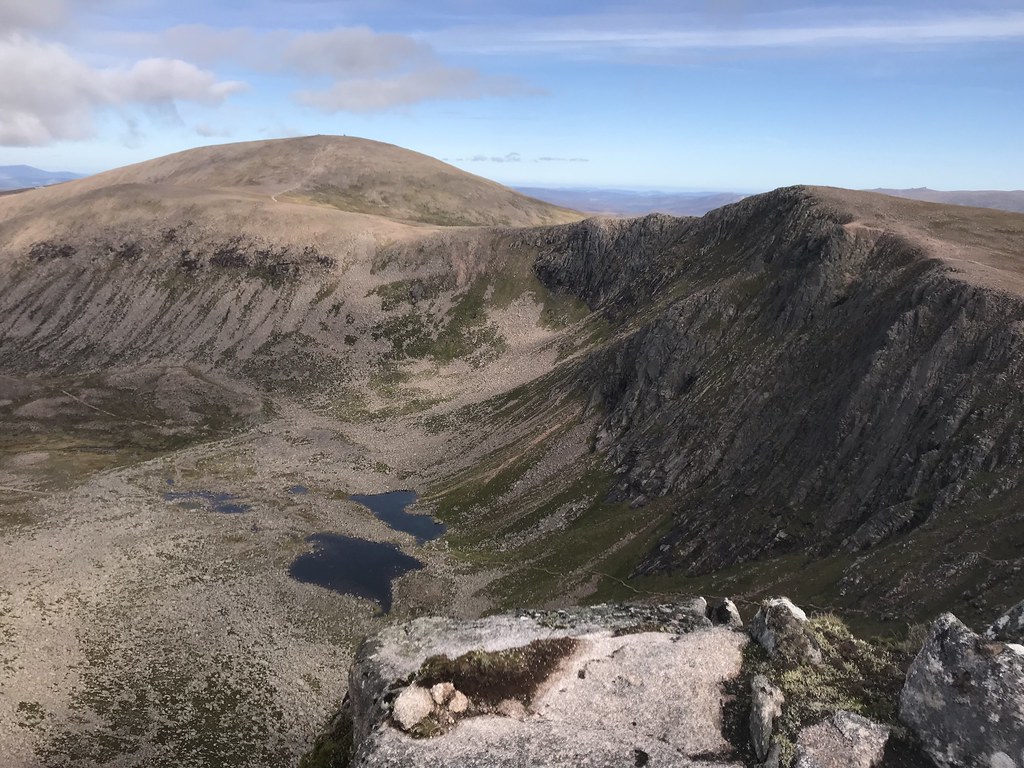 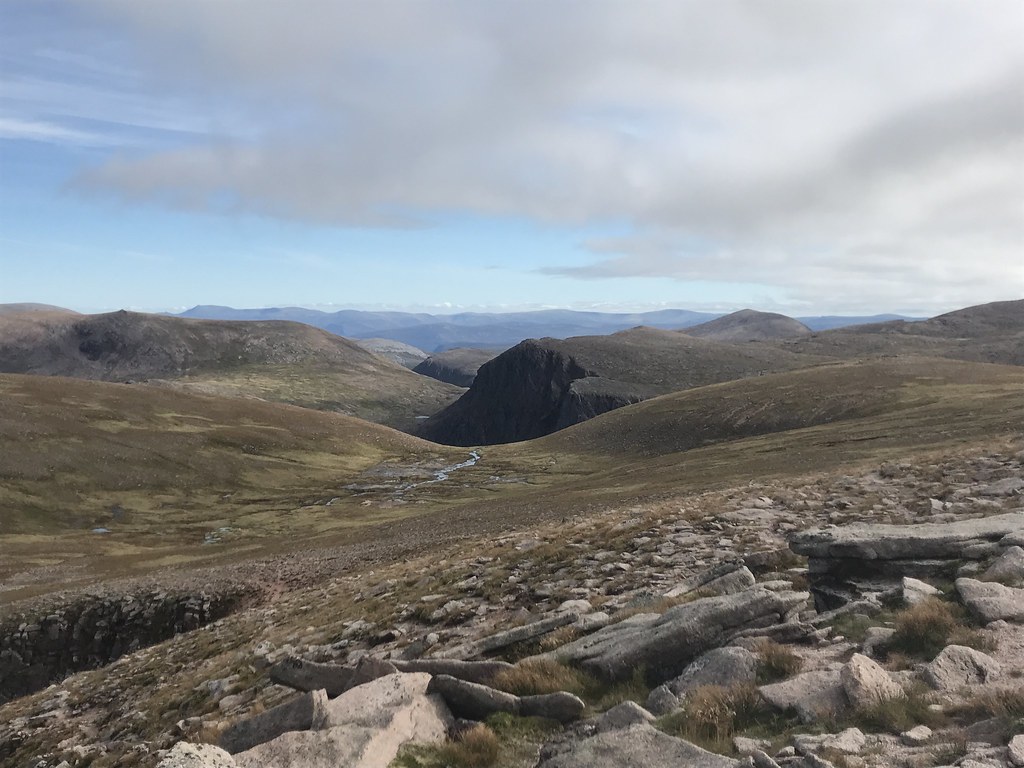 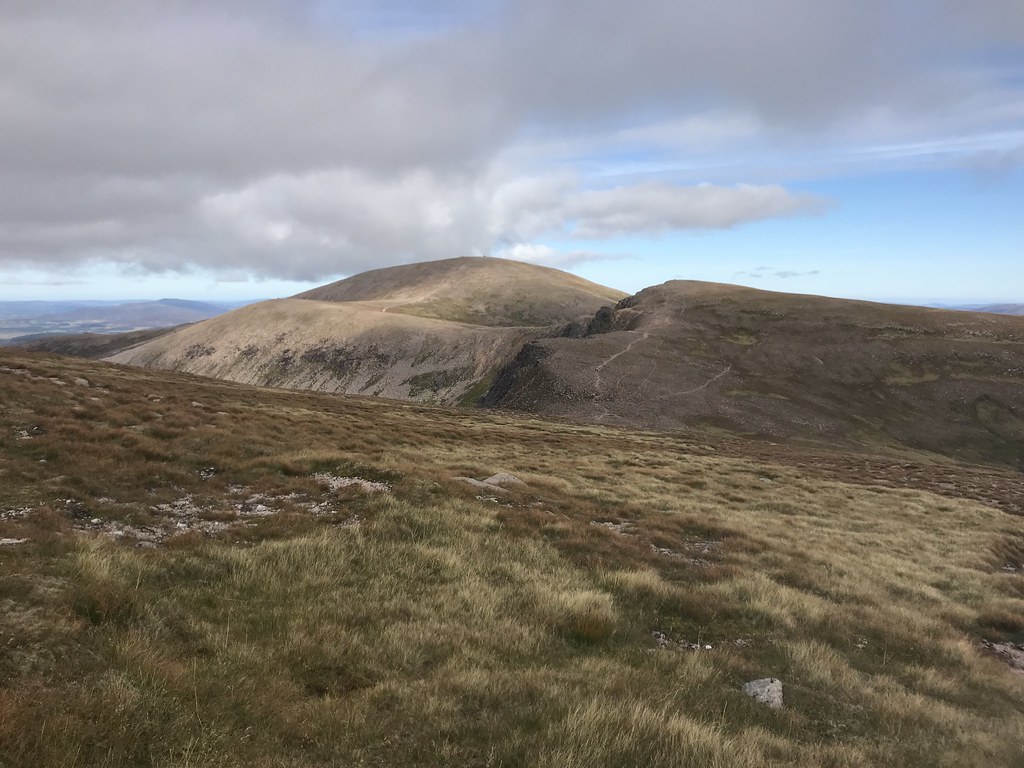 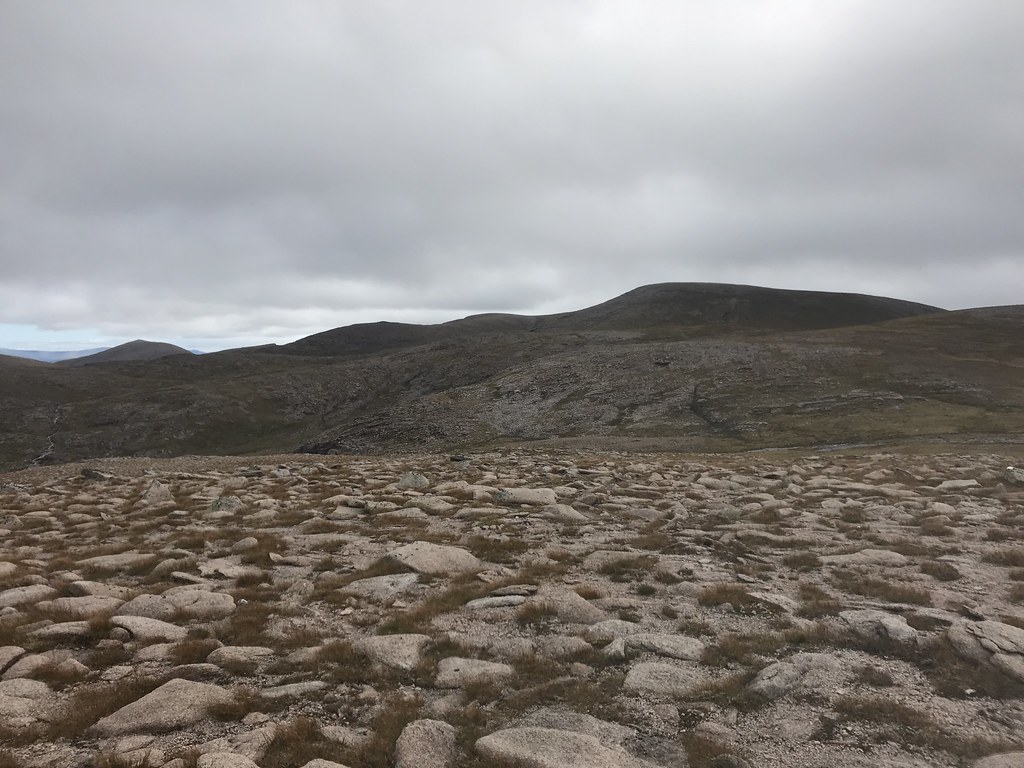 A quick descent across the Feith Buidhe took me to the massive expanse of slabs that sit at the head of Loch Avon. In previous years, there have been large snow patches left up here even in late summer/early autumn, but this year there was nothing. Still pretty wet and slippy in places though, with some care needed to pick a route down through the various terraces. 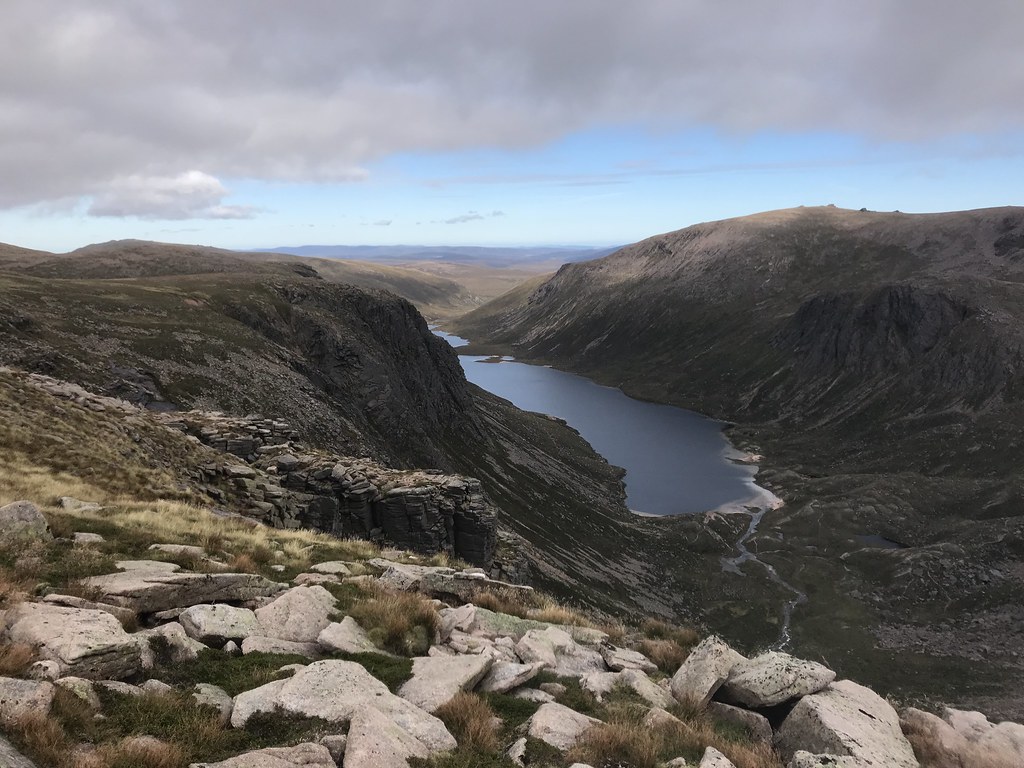 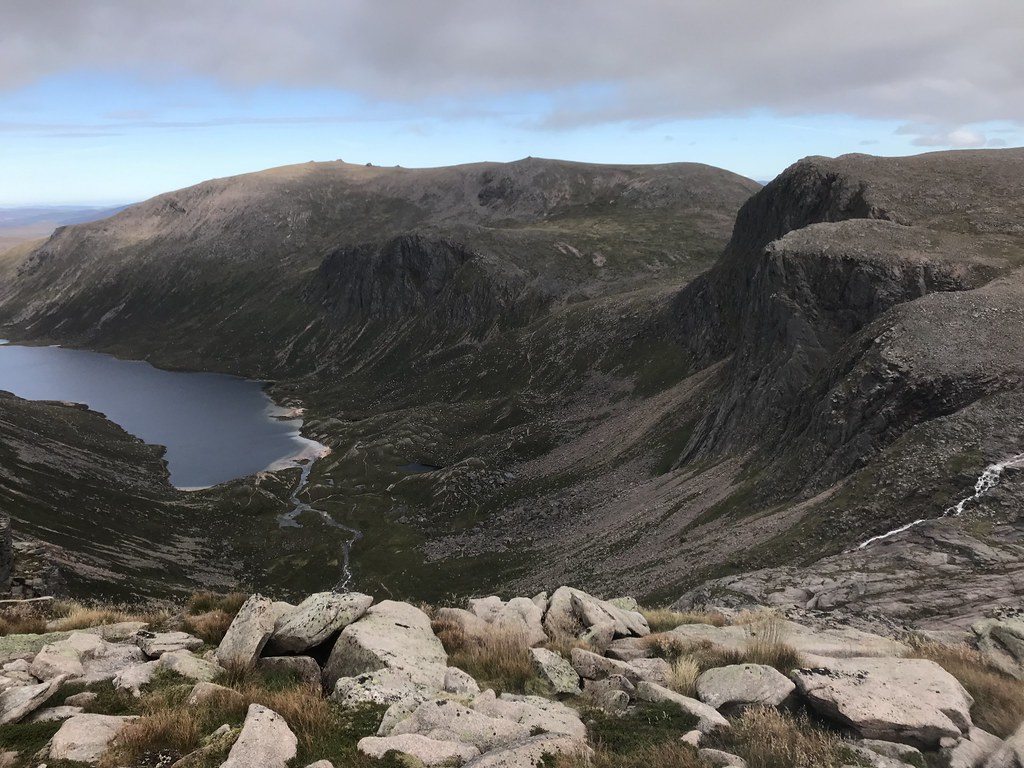 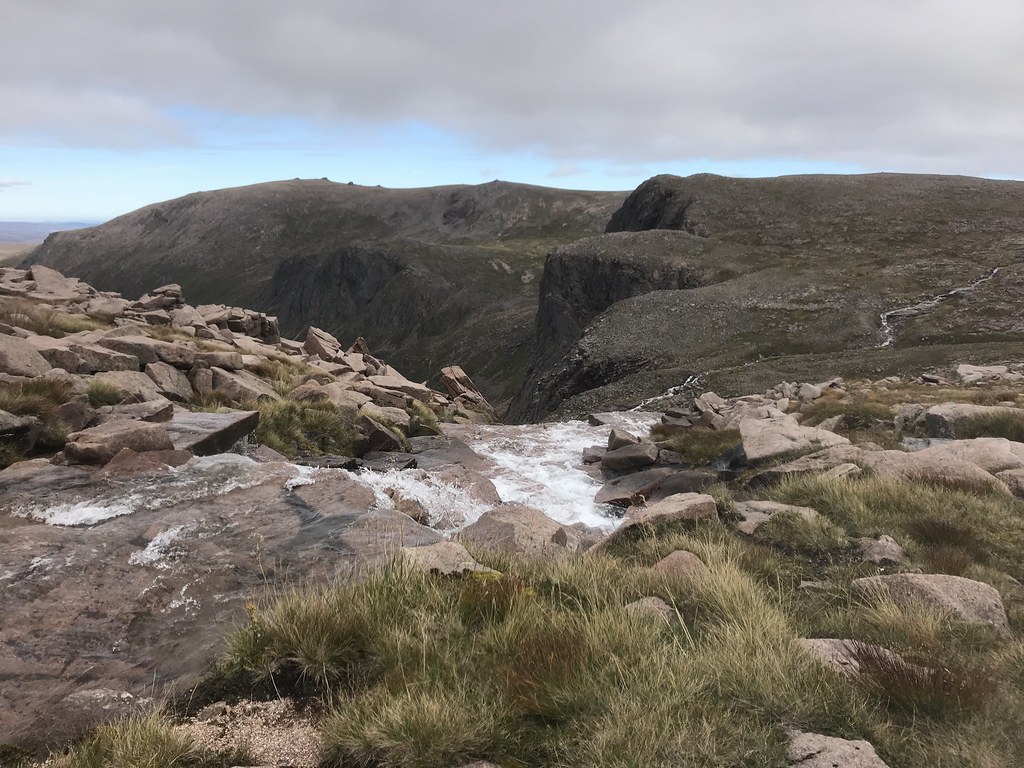 Top of the Feith Buidhe 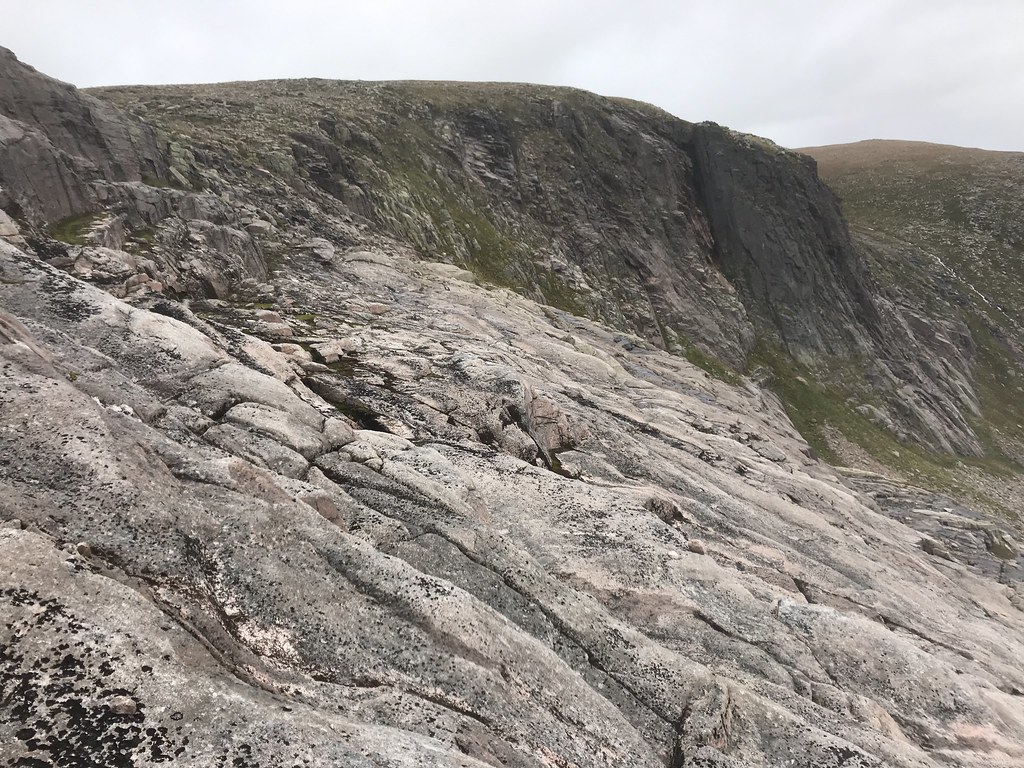 No snow at all here this year 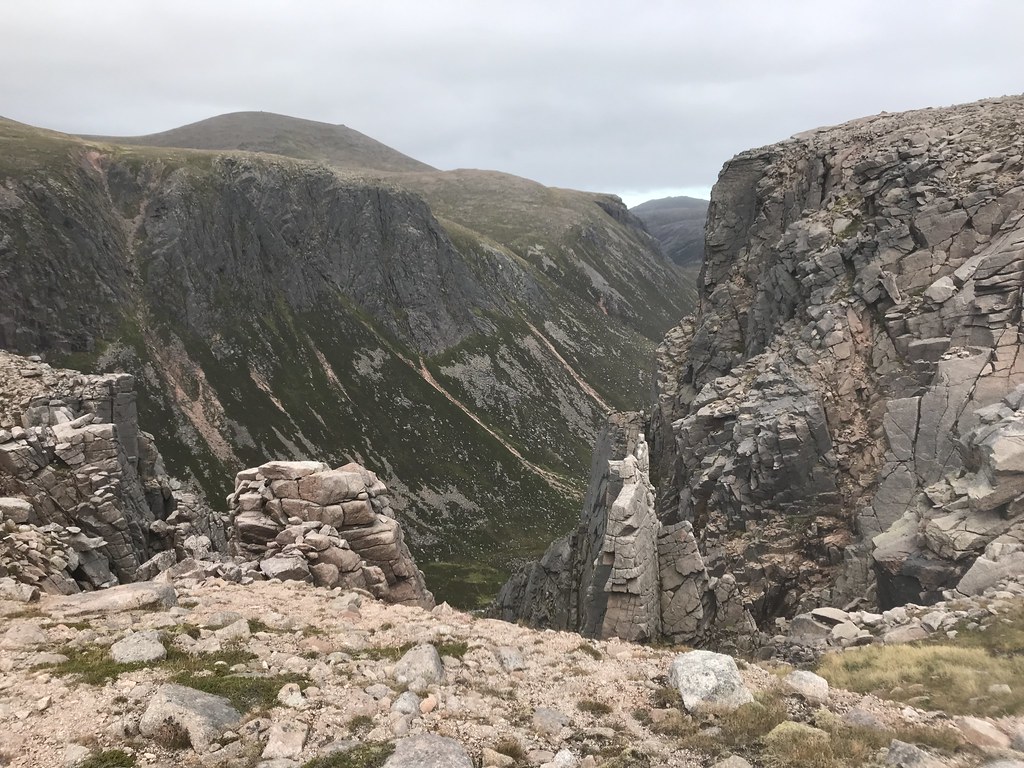 It is a fairly short descent and re-ascent from here to the Shelterstone crossing the Garbh Uisges at the point they join. I took a break at the top of the Shelterstone - one of my most-visited and favourite places in the Cairngorms. The weather was definitely turning now, and I could feel the odd spot of rain on me as I rested. 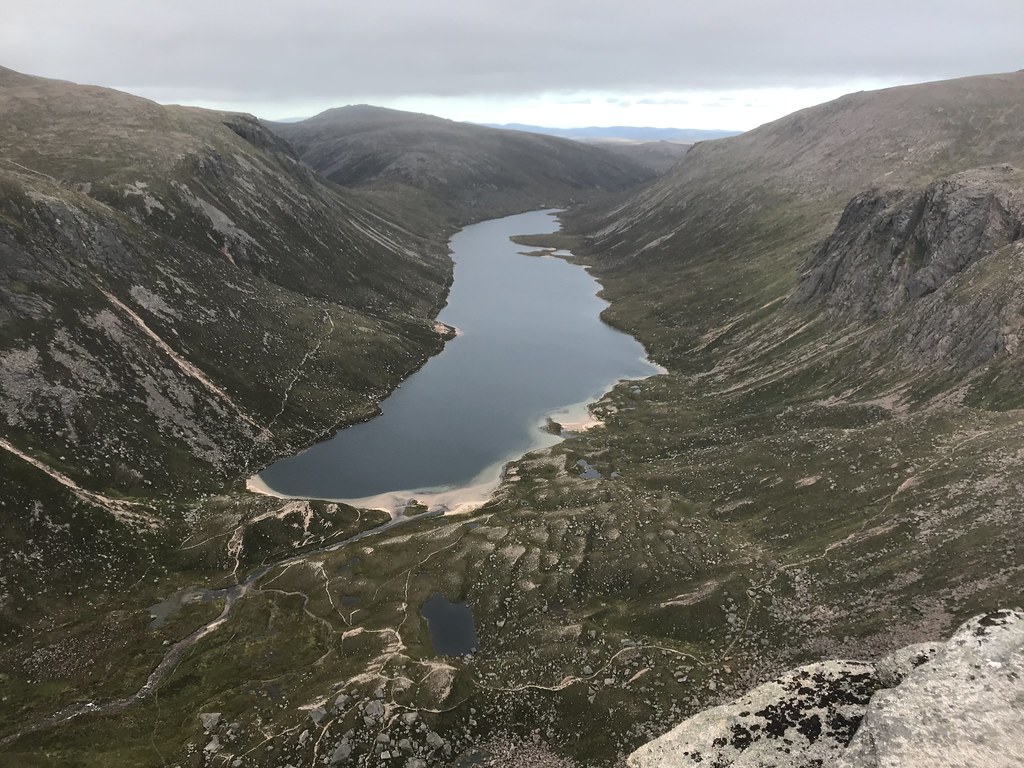 Loch Avon from the Shelterstone 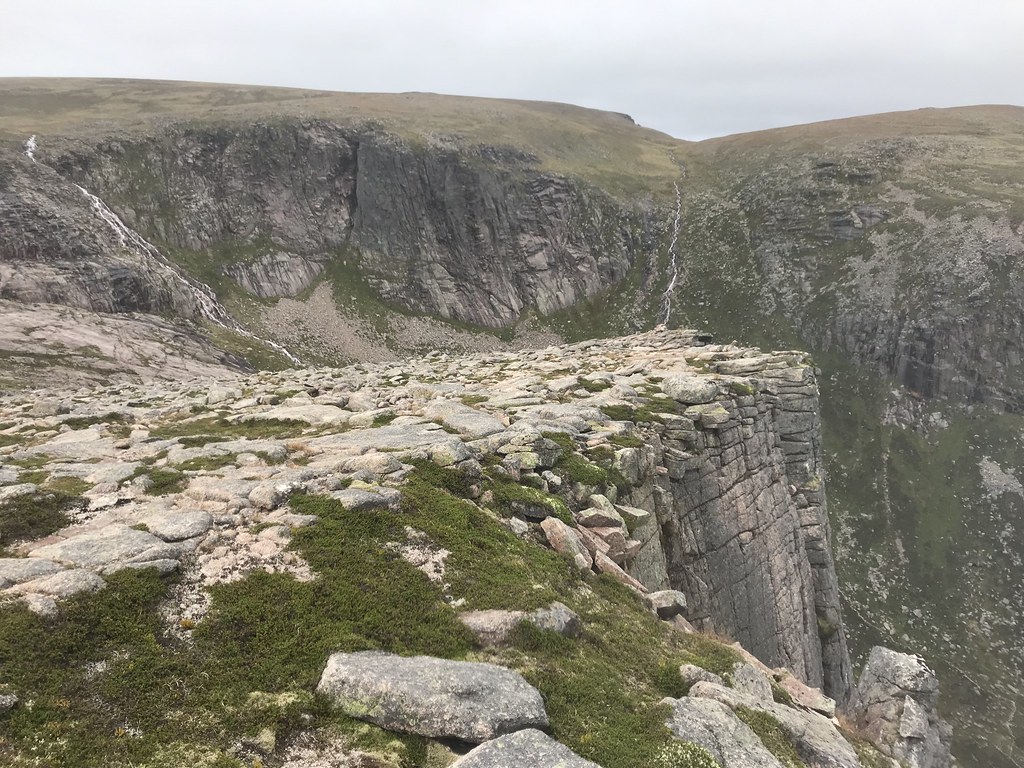 On top of the Shelterstone 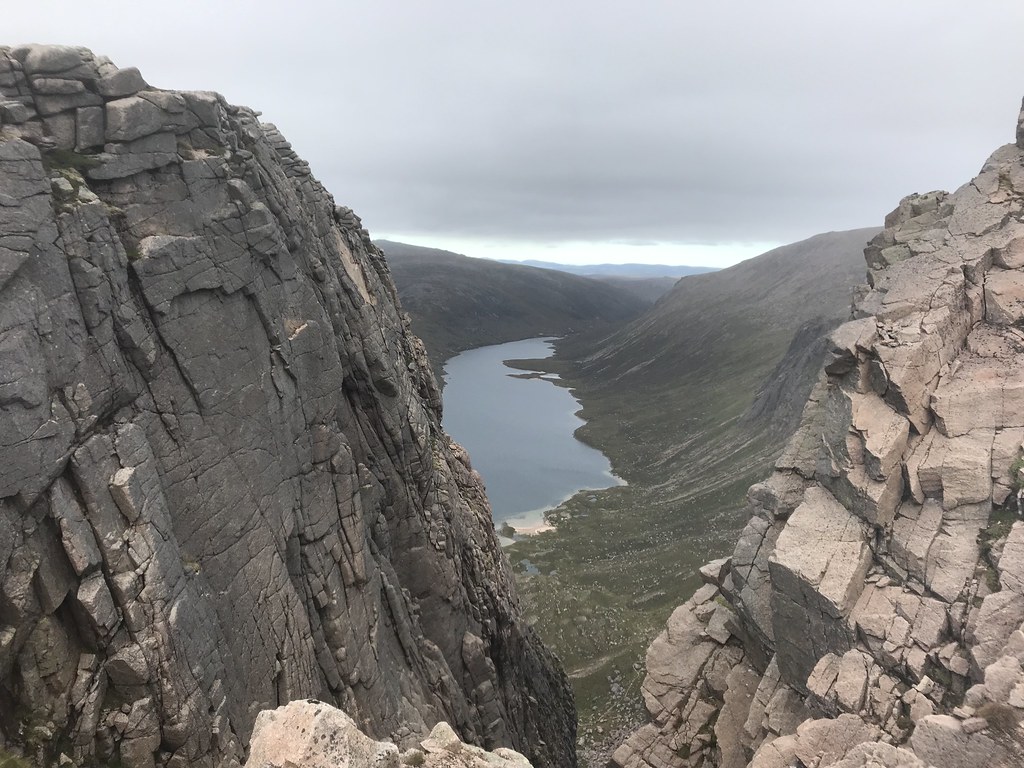 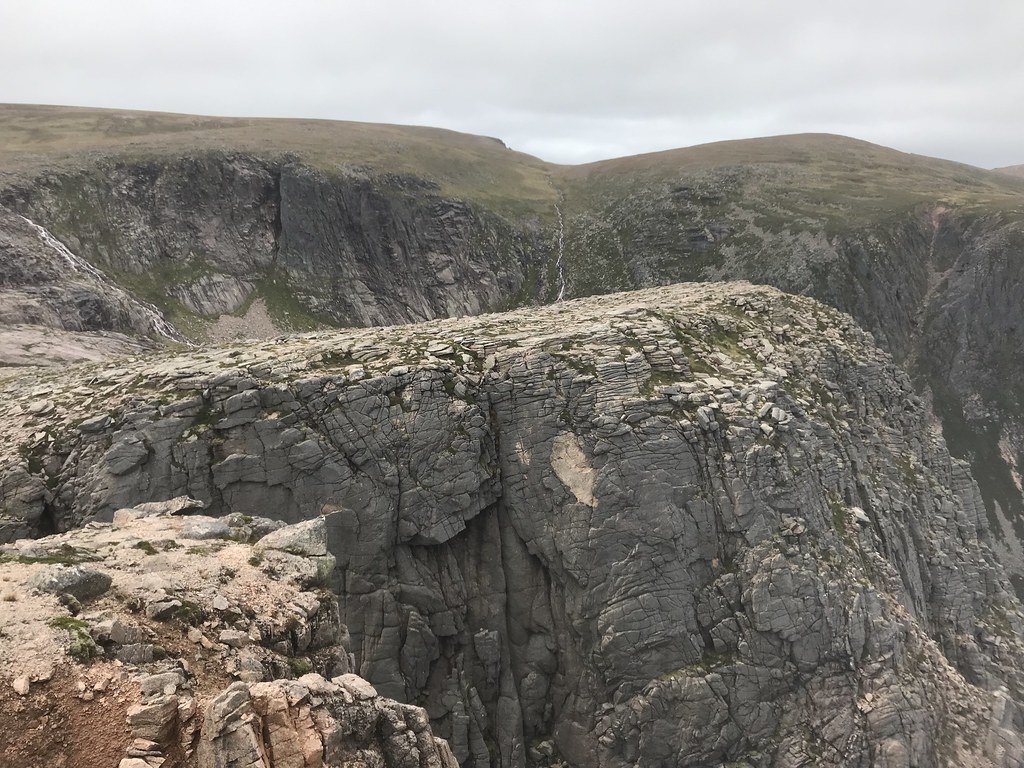 From the Shelterstone I headed up onto Carn Etchachan, at which point I was unsure what to do next. My original plan had been either to drop down to Loch Etchachan and Loch Avon, or to head up Ben Macdui, but now the cloud was moving in and neither appealed. So instead I decided to cut back towards the Ben Macdui path at its lowest point on the plateau. 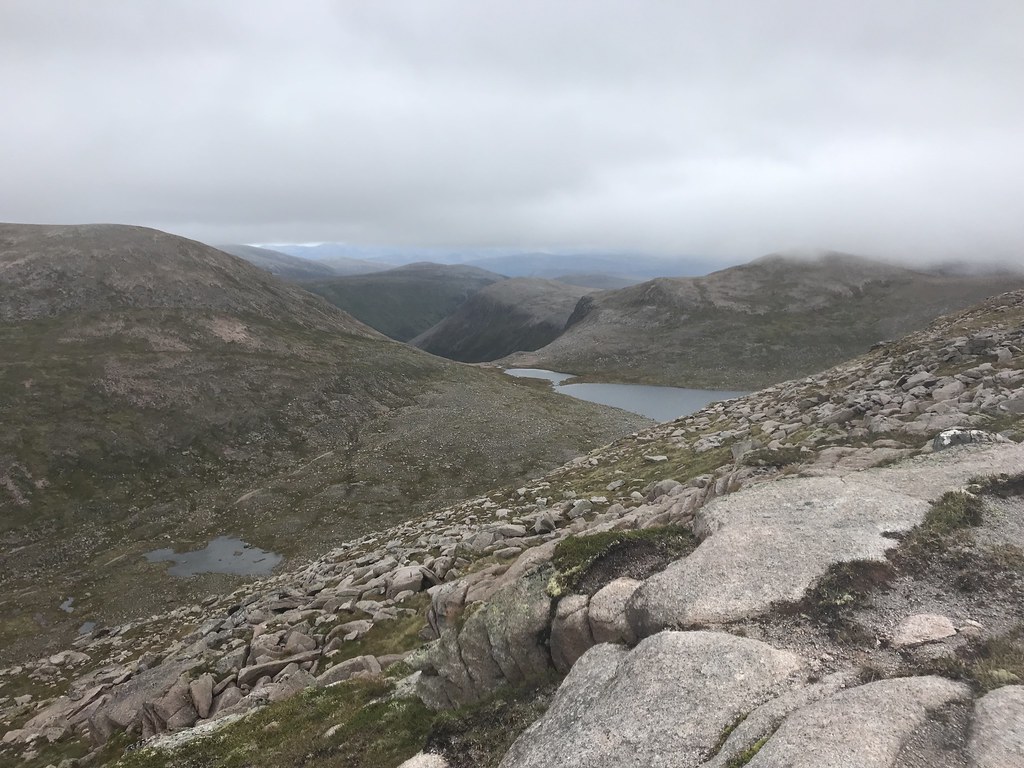 The going was so easy higher up that I changed my mind again and snaked south, hitting the Macdui path only 10 minutes or so from the summit. At that point I decided that I probably needed the exercise, and went to the summit anyway, although there was nothing to see. 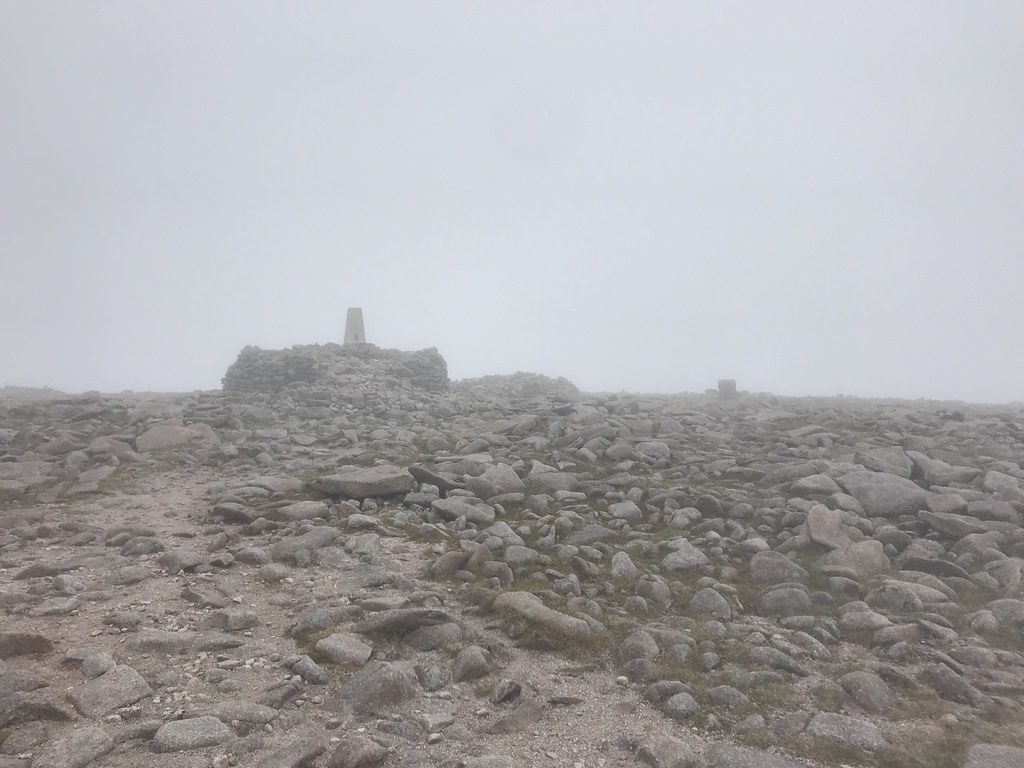 I had seen crowds crossing the plateau in the sunshine, and now there was no-one around. Unsurprising really as it was now 5pm. Ben Macdui always ends up being an evening summit for me! 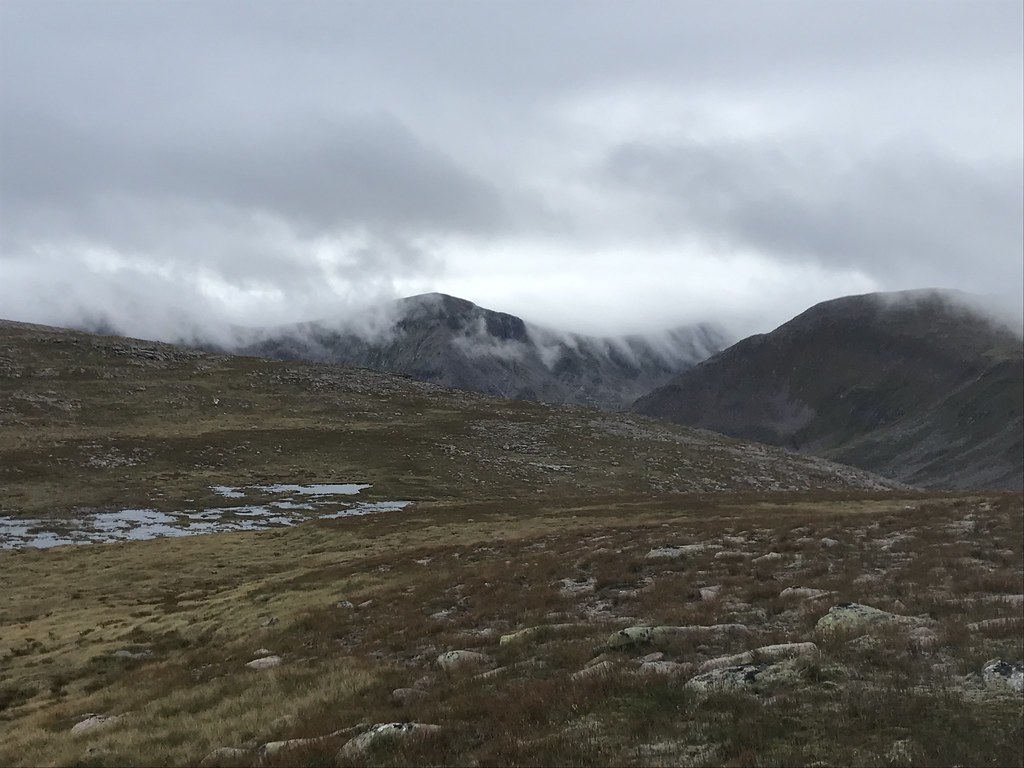 I emerged from the cloud halfway back to the Northern Corries, and passed a couple of backpackers. At this point, the cloud had also began lifting on Macdui itself, and more impressively on Cairn Toul. 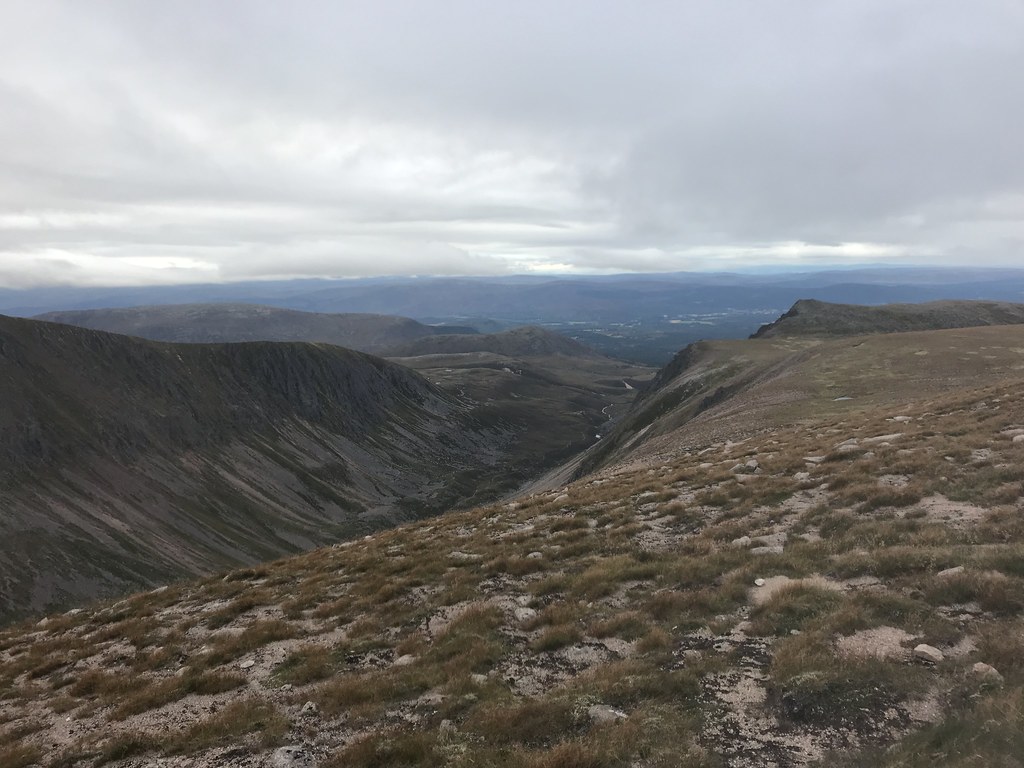 I made a fairly quick exit down the Coire an Lochan path, the weather improving again, but never to the point of being as good as it had been earlier. 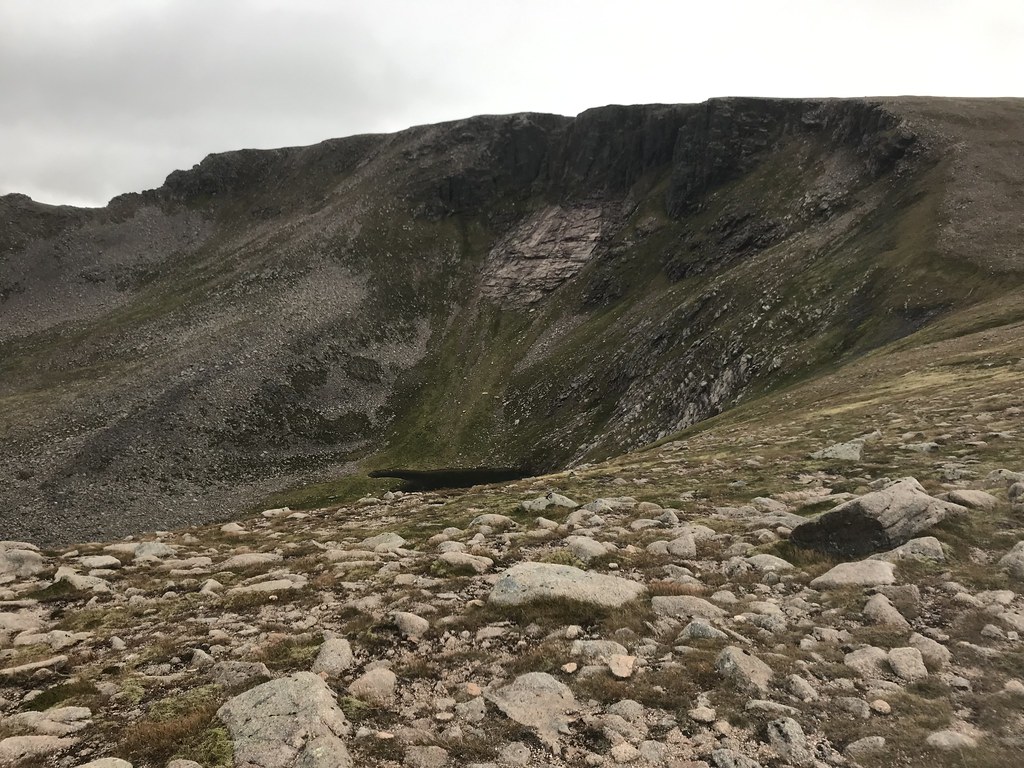 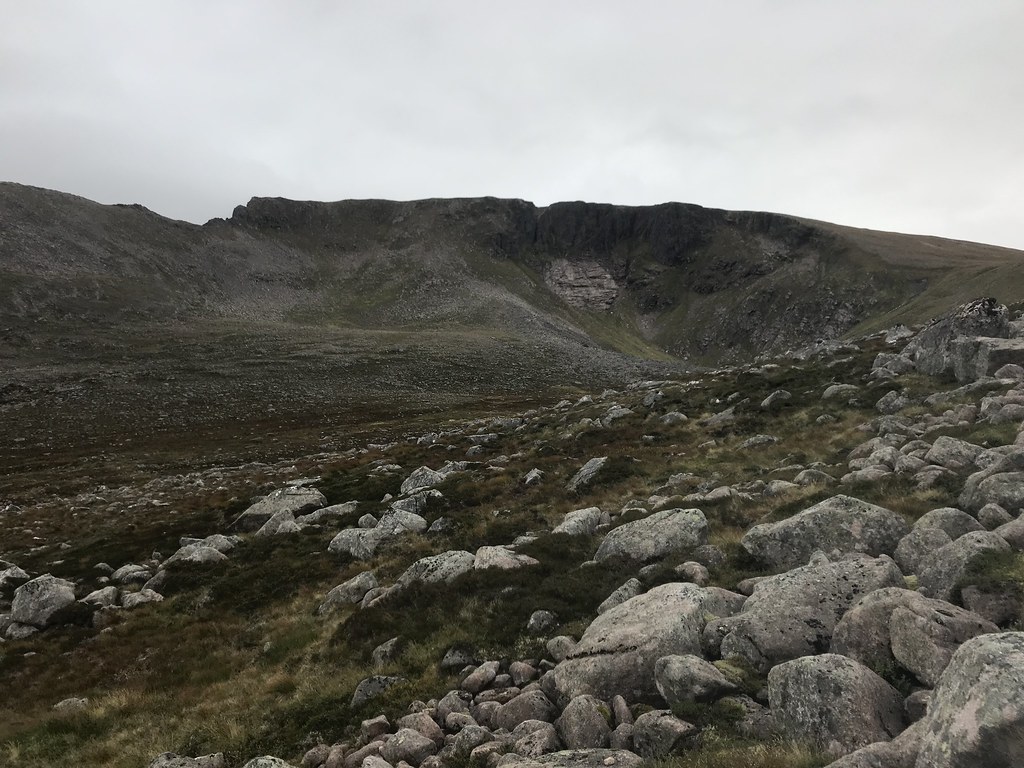 Back at the car, the midges were lurking so I dived in and drove off, an evening of wallpaper scraping ahead of me. I wished I had set off a couple of hours earlier to get the best of the weather, but for the most part it was still a good afternoon out.

Doesn't matter how often I visit these locations myself, it is always wonderful to see pictures of them in other reports!

Thanks for reminding me about the Fiacaill Ridge! Something I really want to do, but haven't so far. Looks amazing, I only hope that the scrambling sections are not too hardcore