A bit slow off the mark with this, work and lurgy have slowwwwwwed me down ... but it's worth sharing (I hope) because of the sheer fabulousness of the day we had (we = me and the dog, Maisie).
This was the First of October, early autumn at it's crisp and golden finest. The previous couple of days had seen us do the Attadale Munros with an overnight camp, but the legs were still attached after the long walk out, and the weather was irresistible.
The plan was to tackle Beinn Liath Mhor then see how we felt placed to go on to do Sgurr Ruadh, seeing as it's so close. My only concern about doing the pair was whether the river crossing would be ok with a feisty/stroppy/wriggling Border Terrier in tow.
Parking up at Achnashellach I bumped into a chap who I'd seen cycling into the Attadale Munros the previous day as I was walking out. Having done the pair of Munros then the Corbett Beinn Dronaig, and cycled out, I was relieved to find out he was only human after all as he was just ('just" - ha!) planning to pop up Fuar Tholl. I decided it was only fair to give him a head start ...
Standard route was followed, it was a quiet day on the railway: 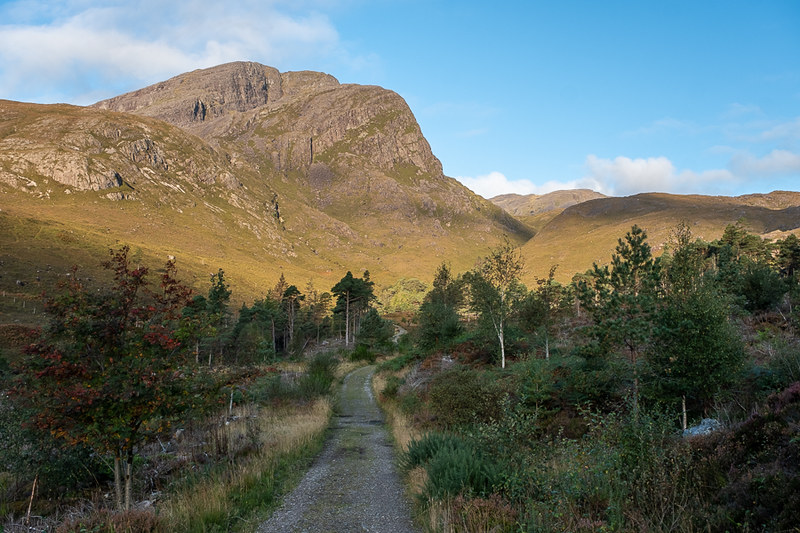 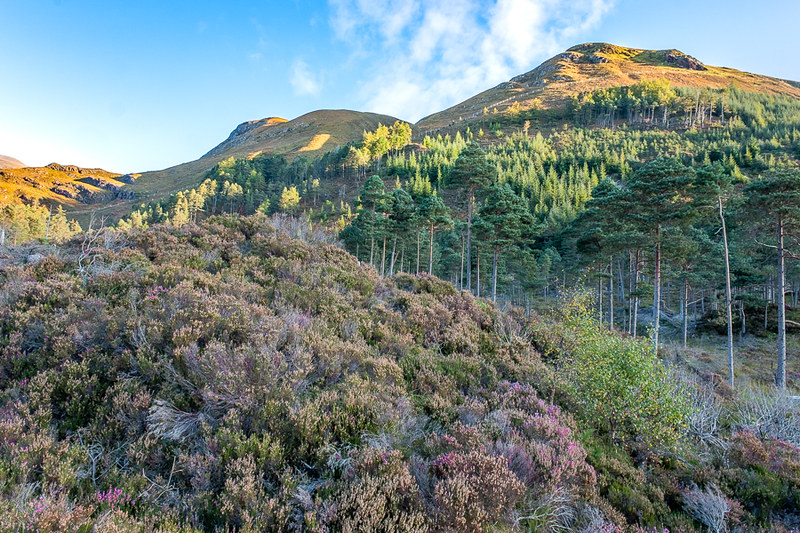 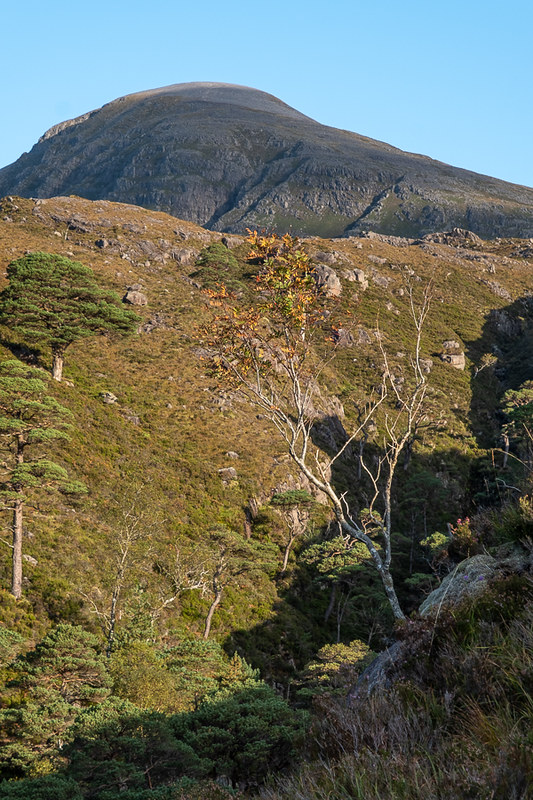 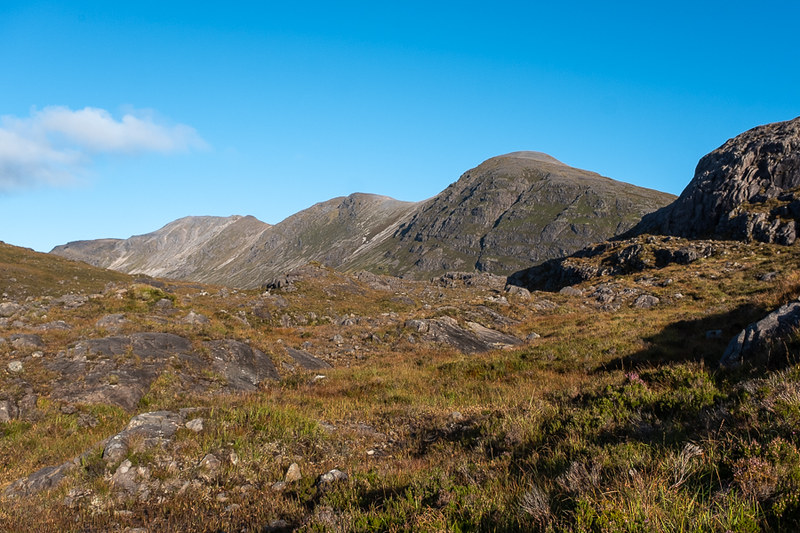 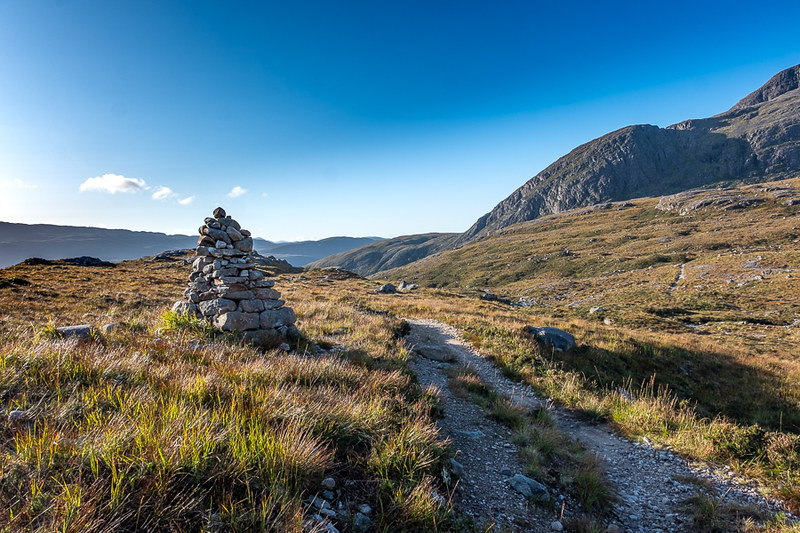 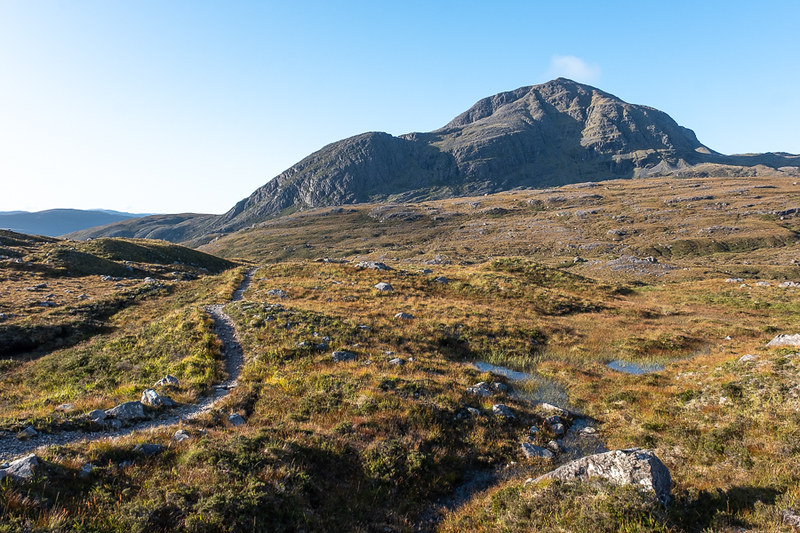 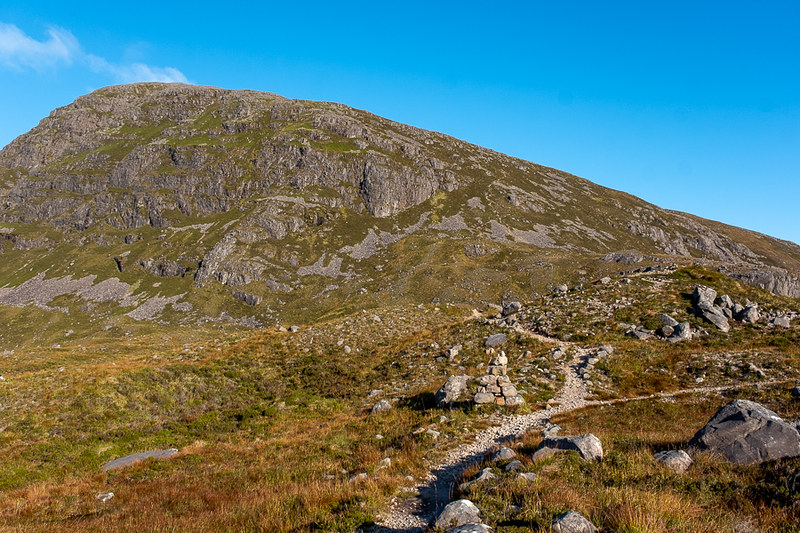 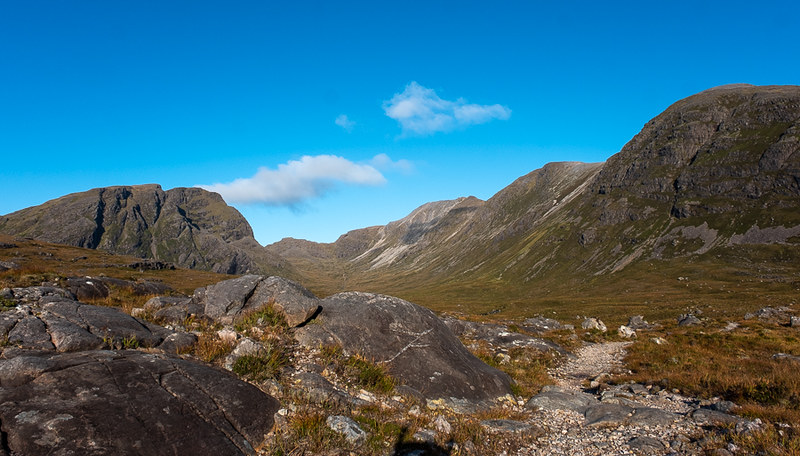 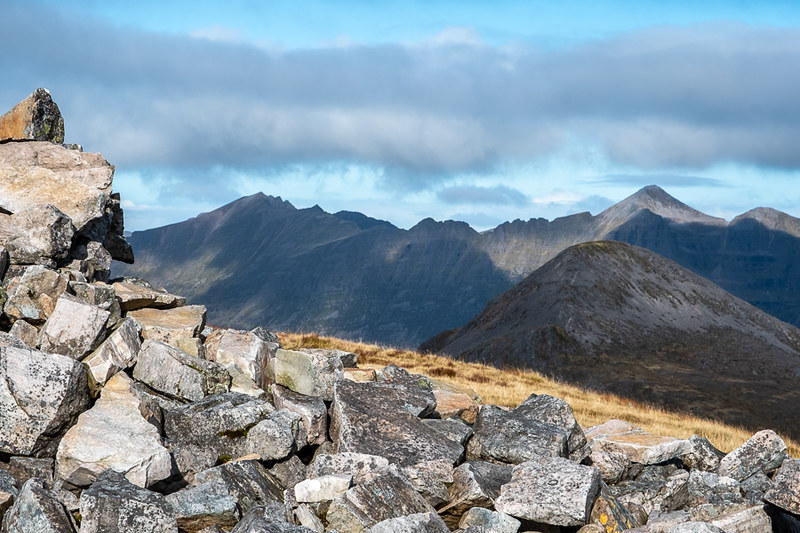 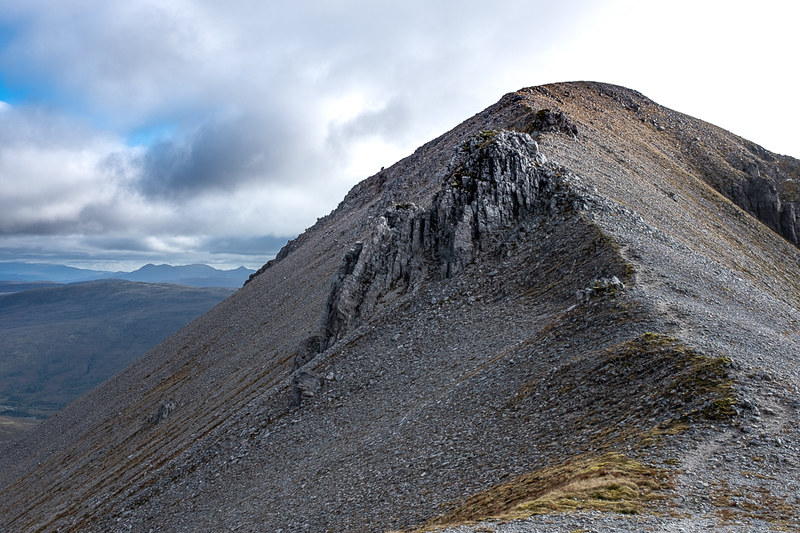 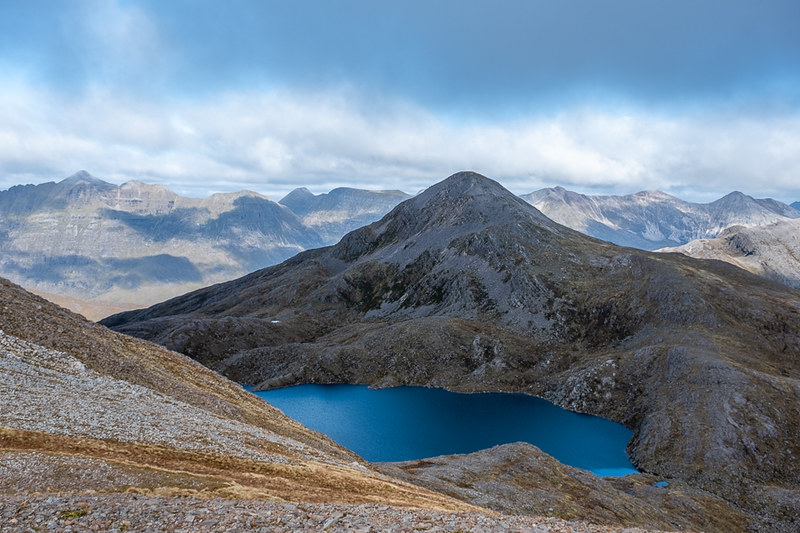 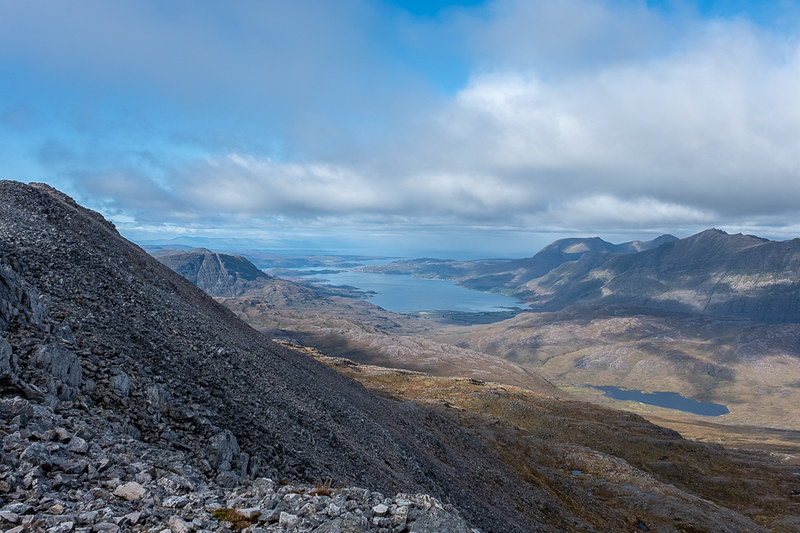 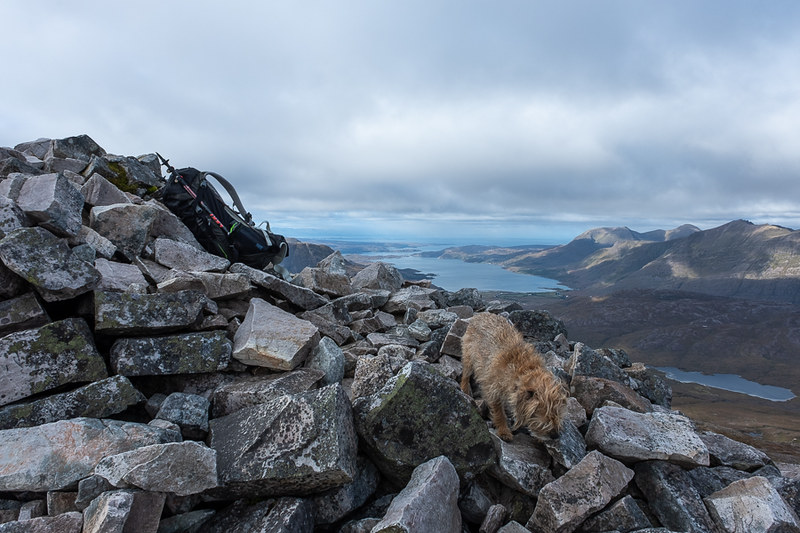 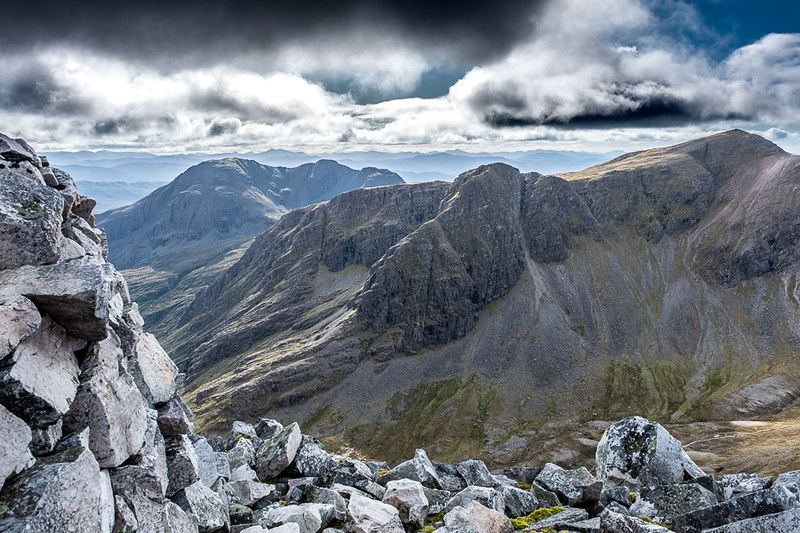 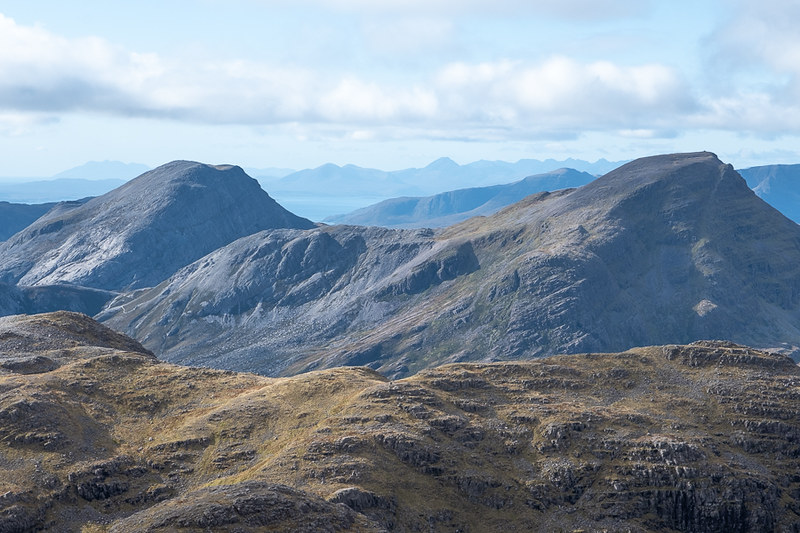 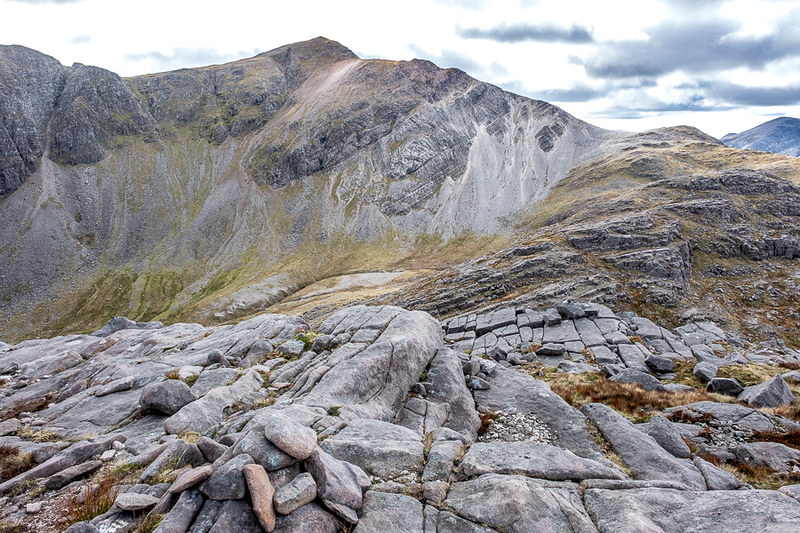 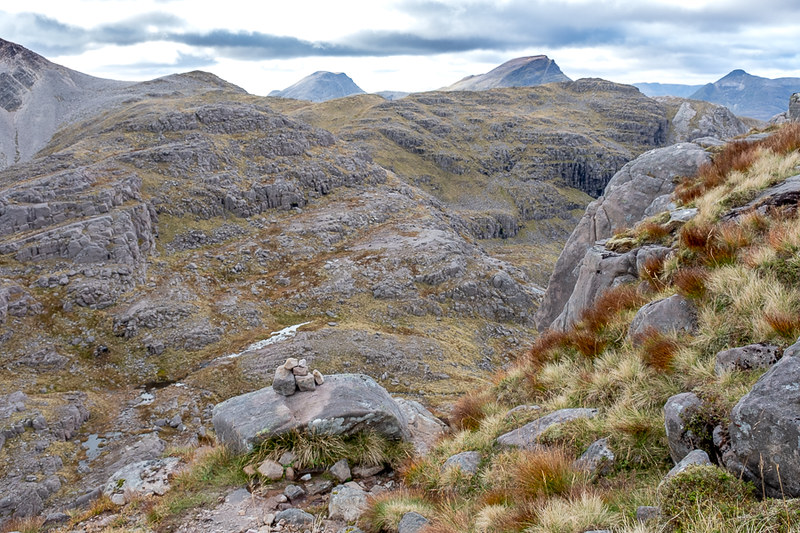 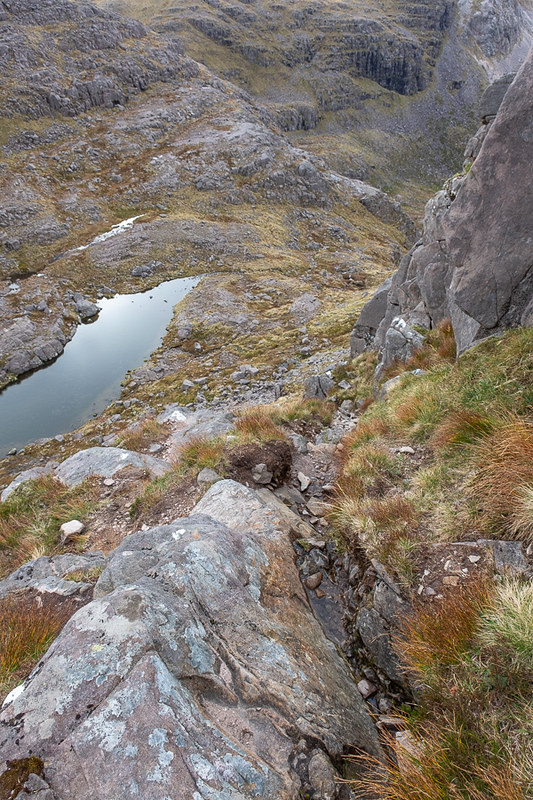 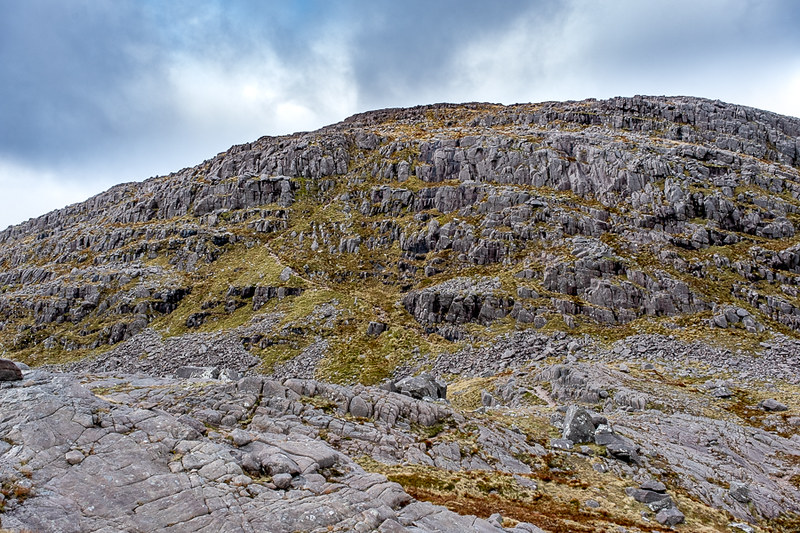 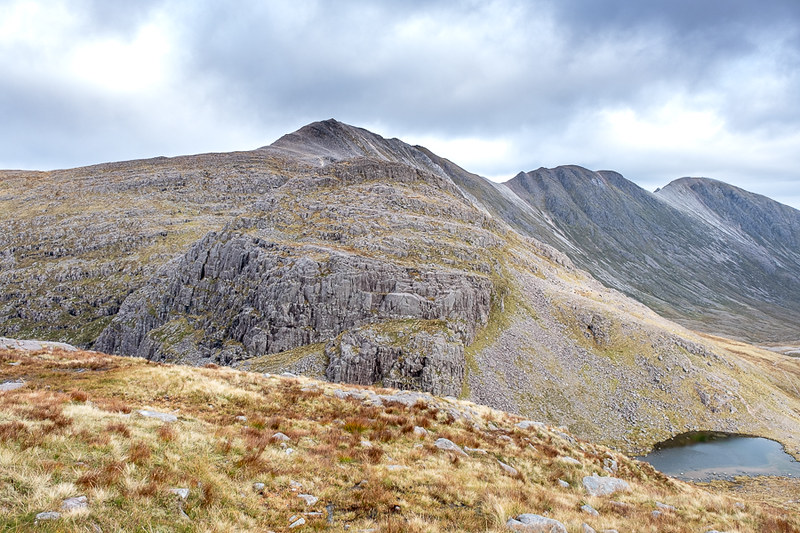 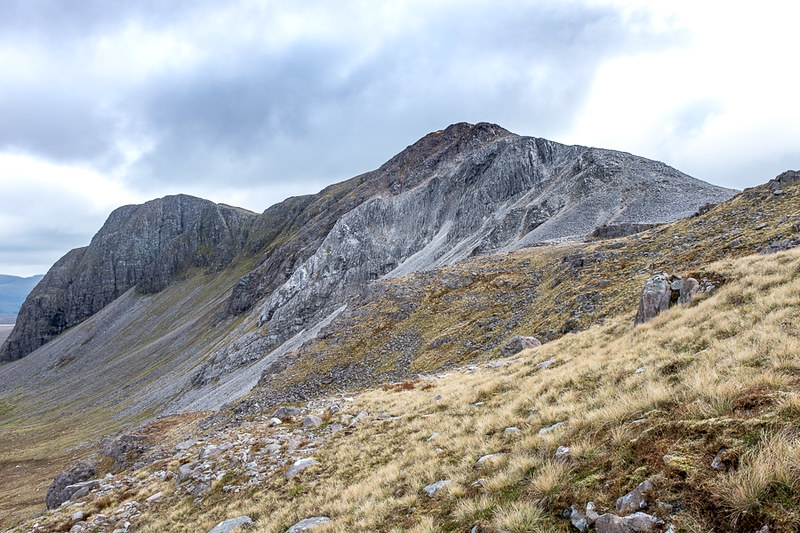 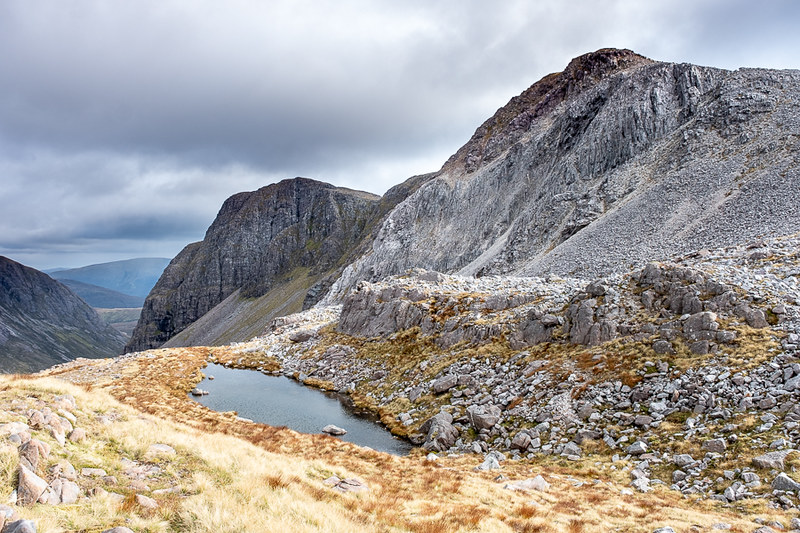 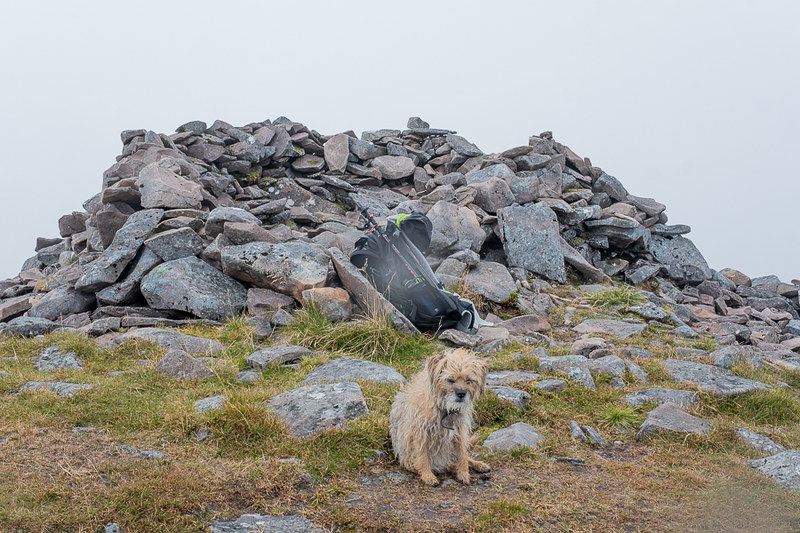 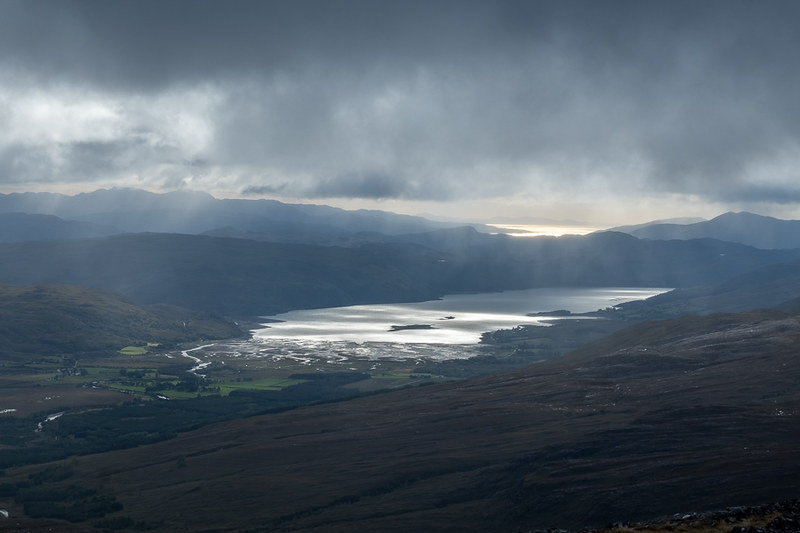 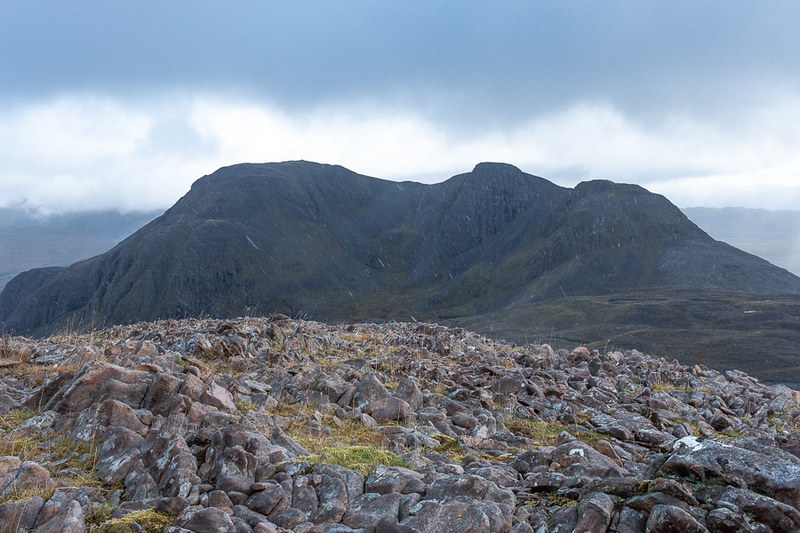 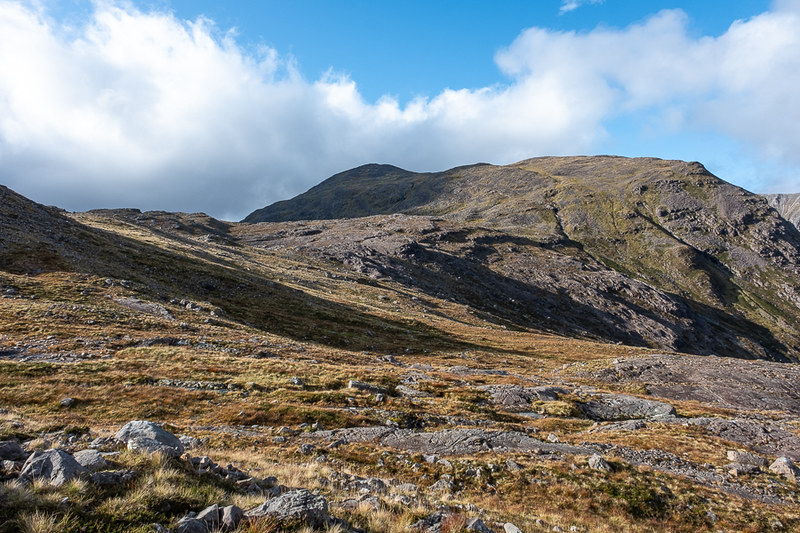 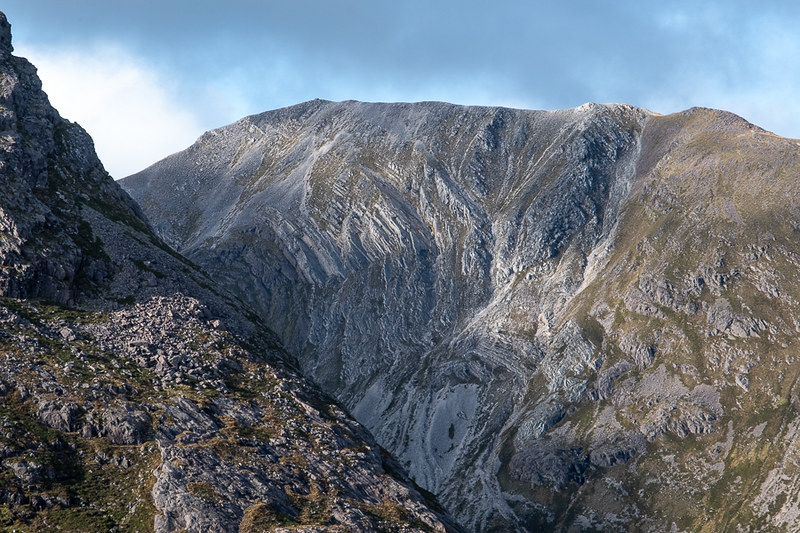 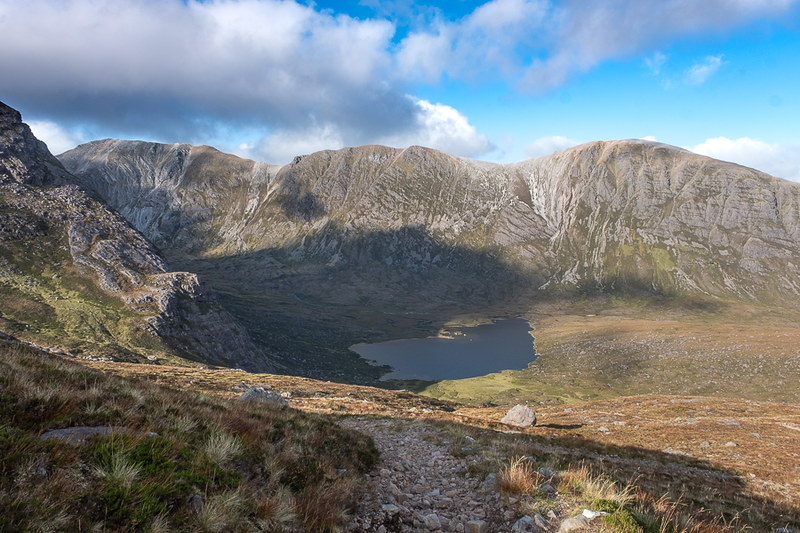 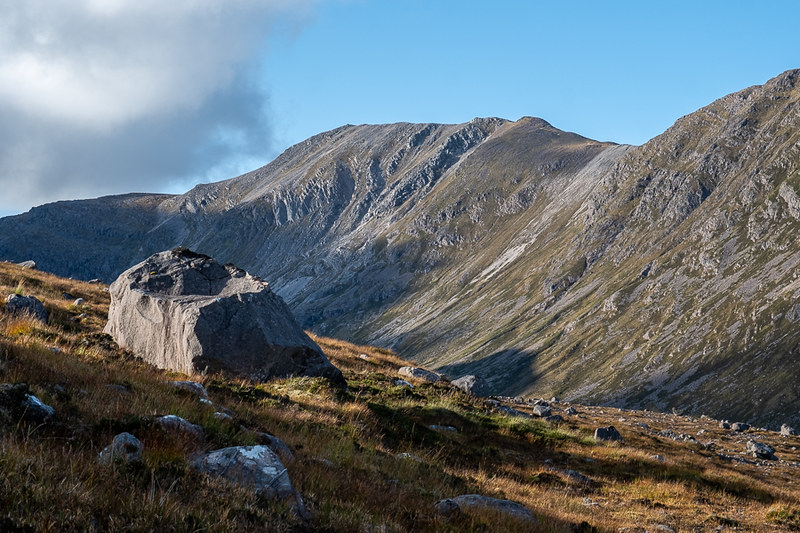 great report and pics. A very rocky route which we did in about 1987 - and I don't remember there being much of a path - so it was quite slow going in places. Storer's route which we were following, takes in the whole circuit including Fuar Tholl - too much for us - even he admits as much - and as you say it's worth a day on it's own.

Poor Maisie. I feel for her!

Some nice photos all the same. You are right about Fuar Tholl. Definitely worth visiting, whether on a trip of its own or tagged on to this route.

Cracking walk, splendid report and pics. A similar day to my recent trip and like you, I found the traverse from one hill to the other, a bit like a game of "join the dots." Wouldn't like to have played blindfold

Such a cute pic of disappointed Maisie

I'll keep your report in mind, for the time when it is my turn to go to Achnashellach, Thanks!

Great report on this fine pair. Those wee cairns on the descent from Beinn Liath Mhor helped me a lot.
There was a lad behind me most of the way so I waited on sgorr ruadh and it was the poster" silver bullet " .
Then he uttered those words " fancy fuar tholl"
Naw I didnae really

But we did- what a day , fantastic
Cheers and well in

This outing was on my list of possibles for next years trip over the border and it certainly is now, after reading your cracking report

Apologies to Maisie as I couldn't help but laugh at her forlorn picture. We've all been there and that photo shows how it makes you feel perfectly

I love the downward path shot

What a wonderful place, and some quite superb pics there, Jonathan. I have to admit to disgracefully powerful feelings of envy

as I read through your report and took in the views of that other-worldly place that I'd hoped, but didn't get to enjoy. Lucky you.

This is how it all looks with no visibility...

I did these hills in autumn as well and still remember the stunning colours, just beautiful.