Another day, another Graham! A relatively decent forecast for Achnasheen - and this hill had a track a good distance up it and what looked like would be fantastic views from the top (the bit about the peat hags I was choosing to forget about for now...)

This also had the advantage of waiting for an (unforecasted) rain shower to pass... But before long we were heading up the track on the left of the burn 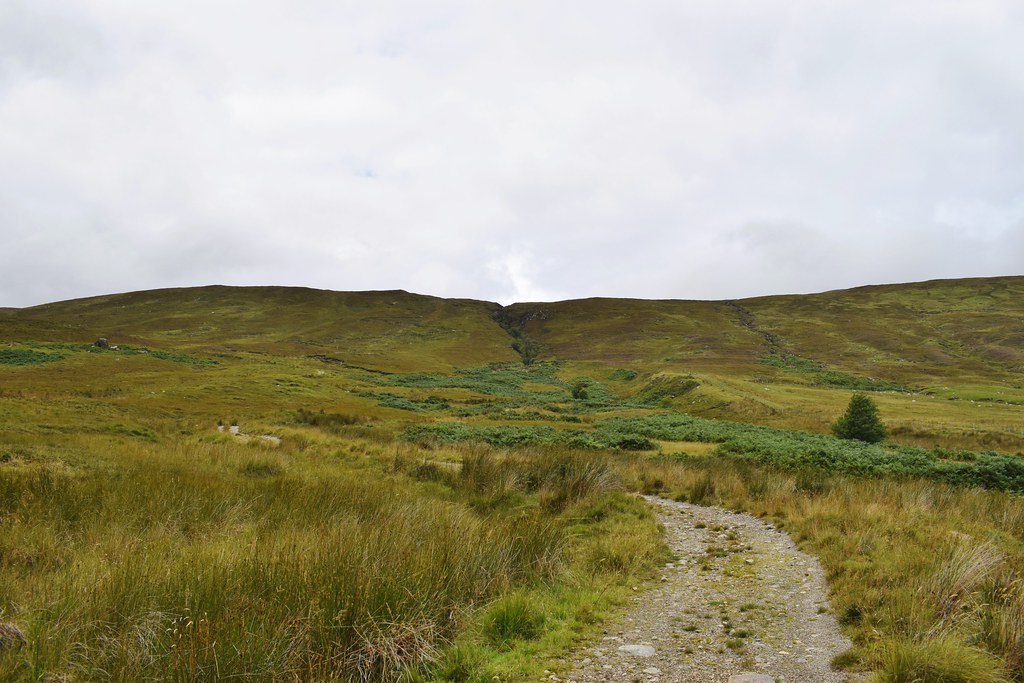 I was tired and my chest felt really tight so we were taking it very slowly. Stopping for a moment we realised that the views across the glen to Sgurr a' Mhuillin were great - this hill looks good from everywhere! 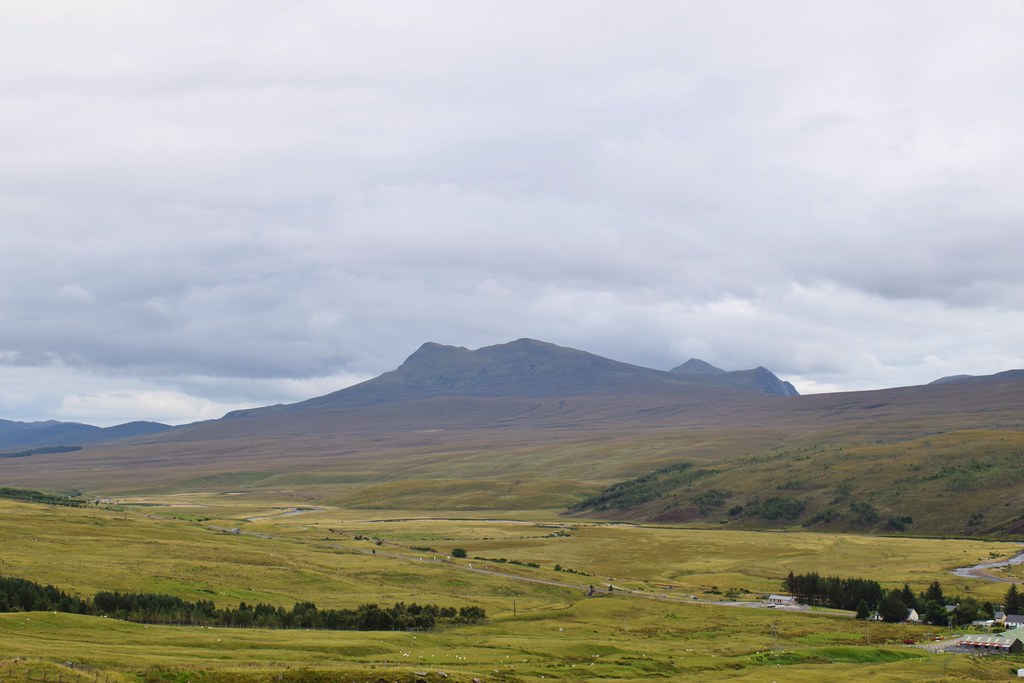 Looking towards Ledgowan we could see that the distance to the top of Strathconon was very short (but also probably very heathery!) 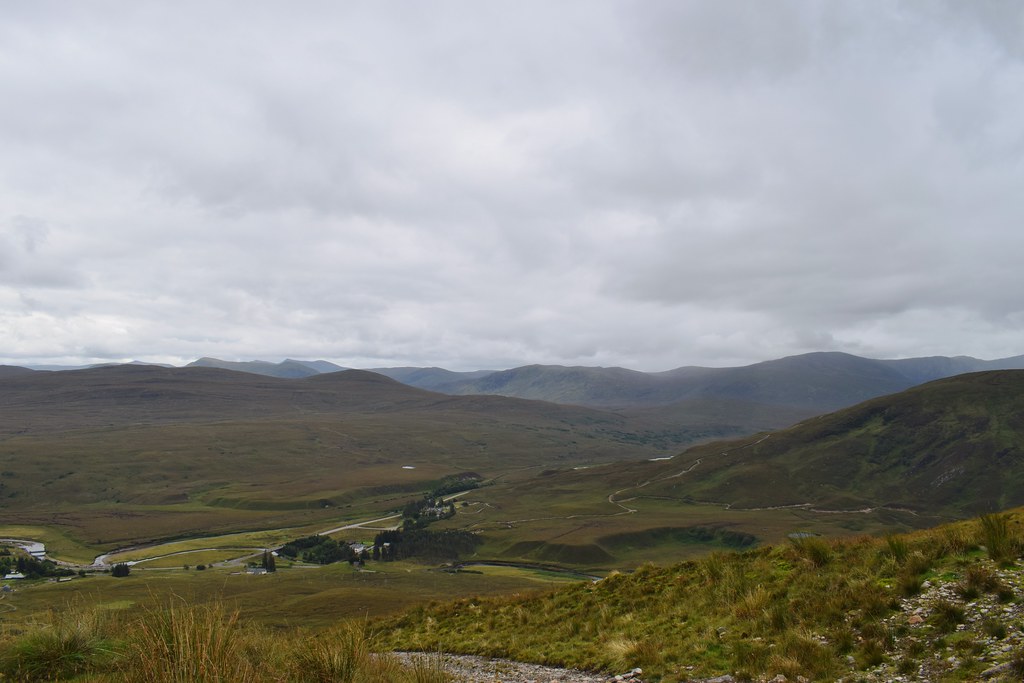 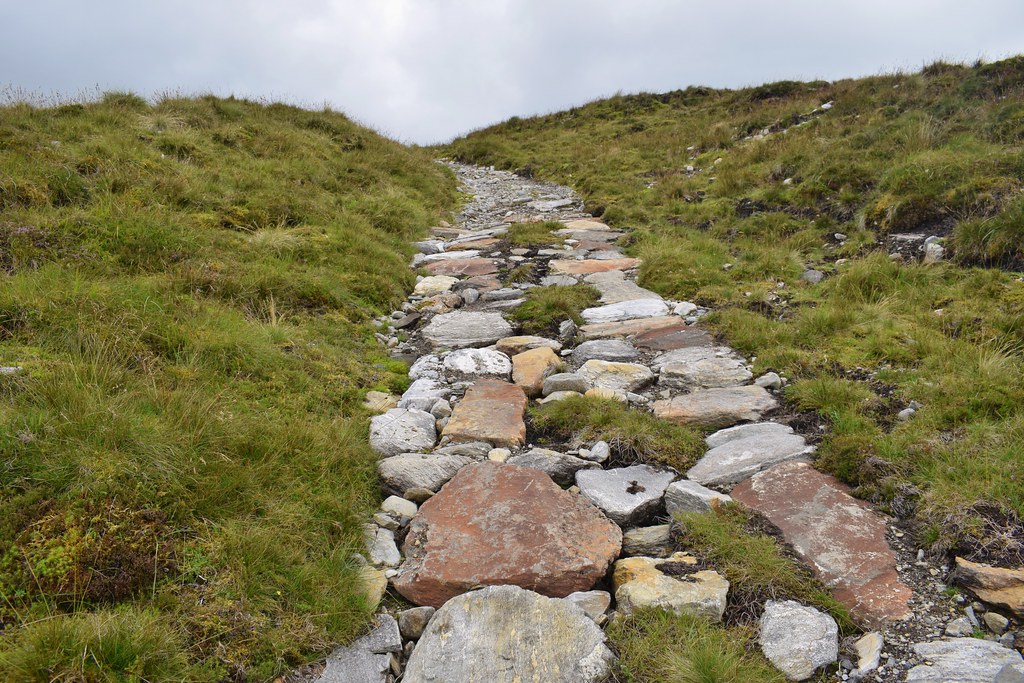 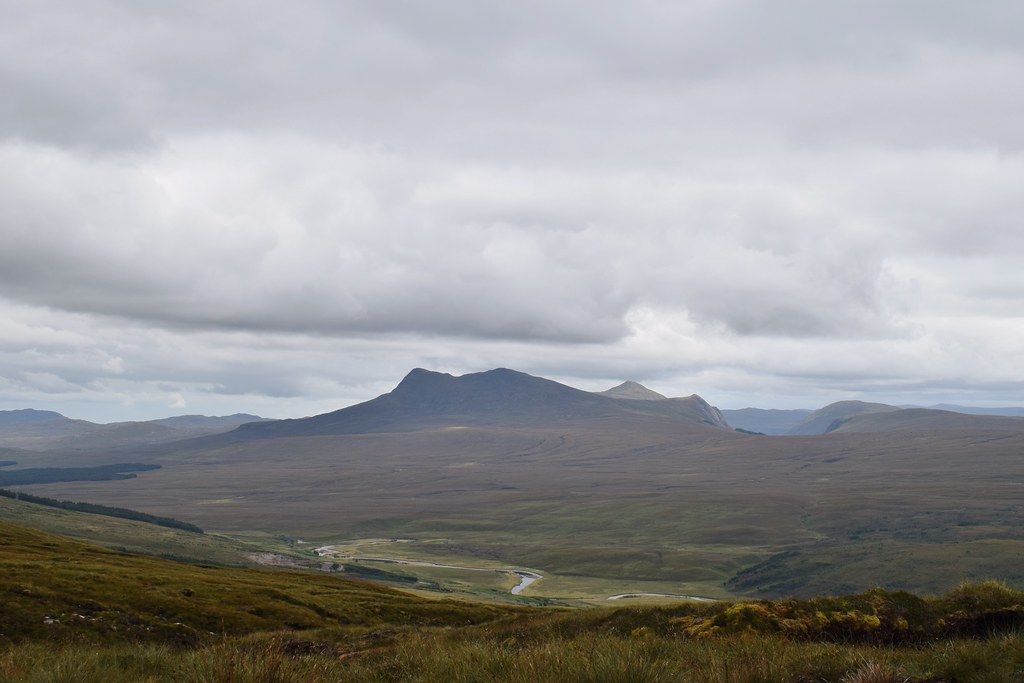 At the top of the track we reached the burn. We didn't need to cross it as we weren't including Fionn Bheinn in our walk today 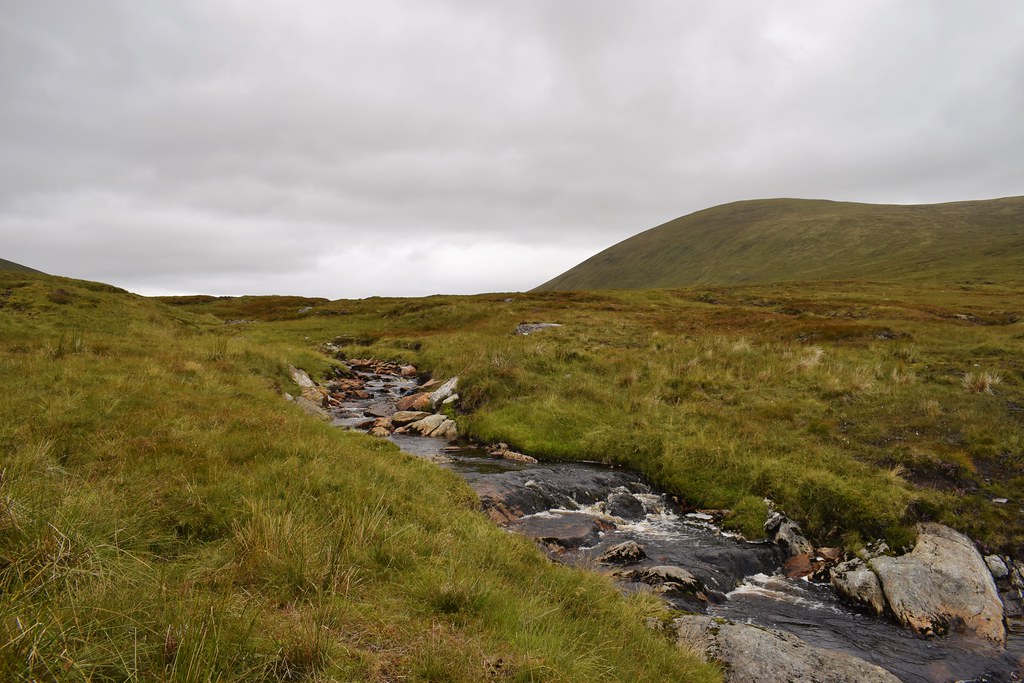 The next section was where it all went wrong... We had looked at a photo from above and had picked what we thought would be the best route across the hags. To be fair, it could have been worse, but I was feeling really tired and it also started spotting with rain...

A glimpse of what was to come persuaded me to continue... 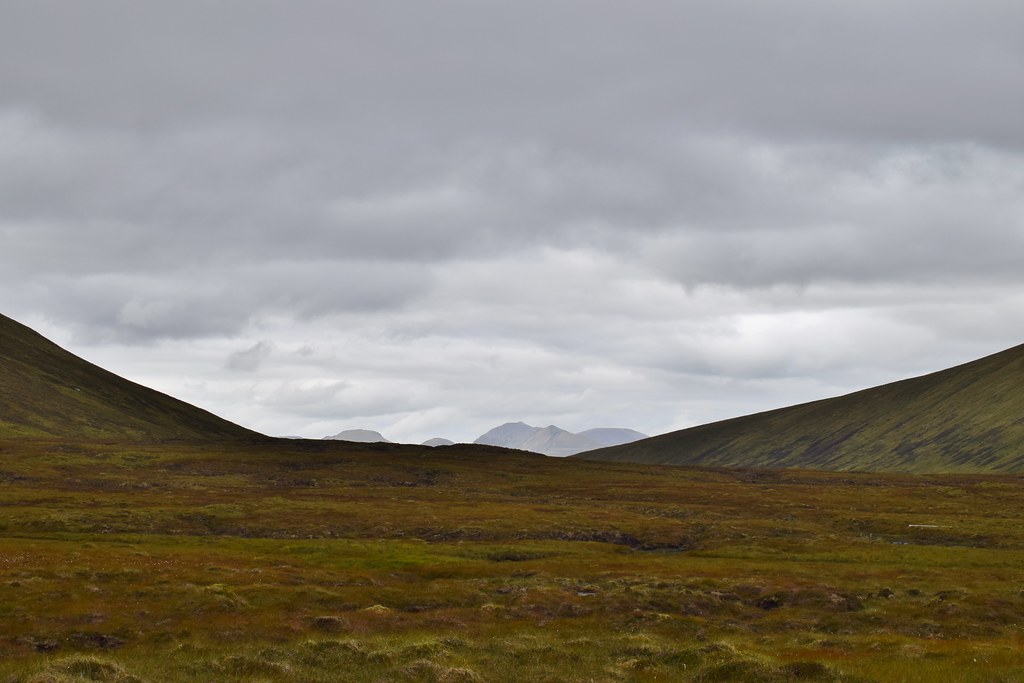 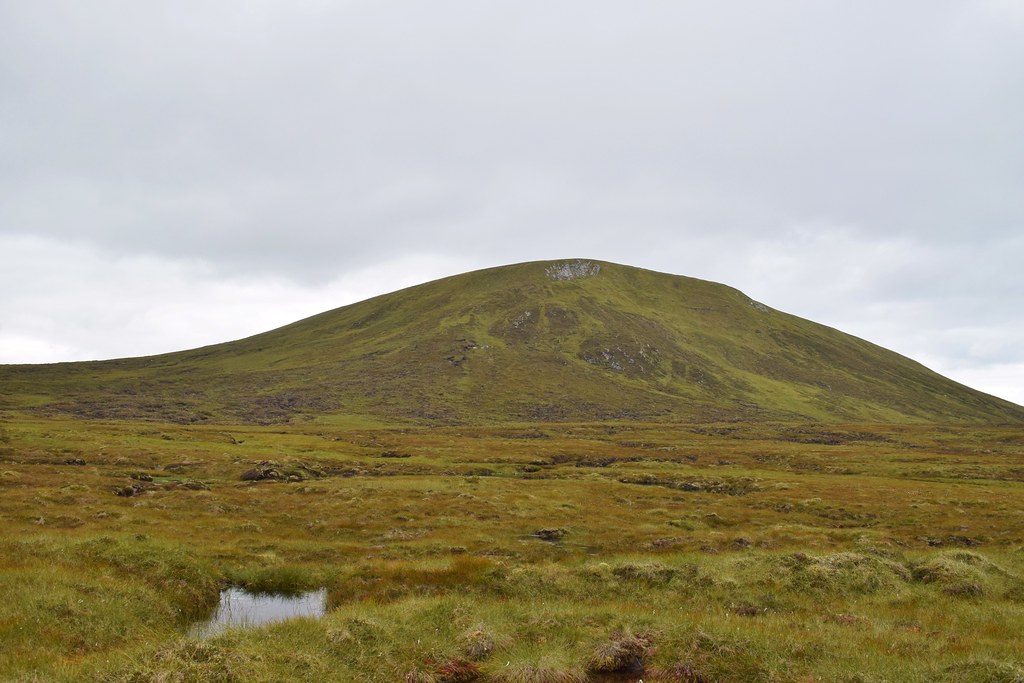 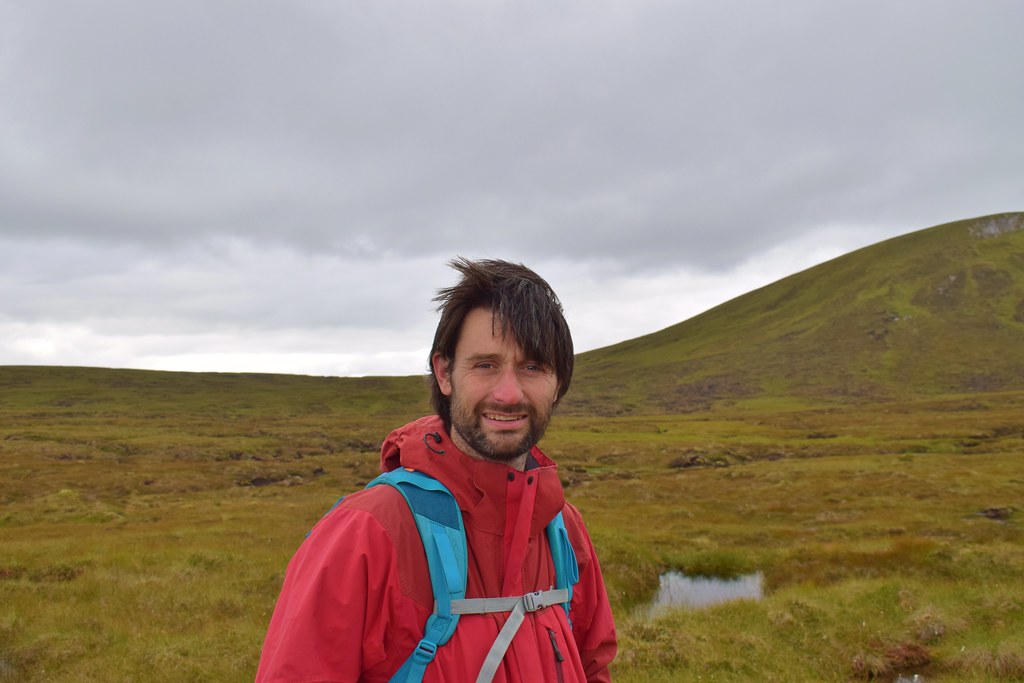 Our chosen route actually wasn't too bad, given what it looked like. There was a larger lochan to skirt around but the rest (other than a stream that demanded a wild leap) were small and easily bypassed 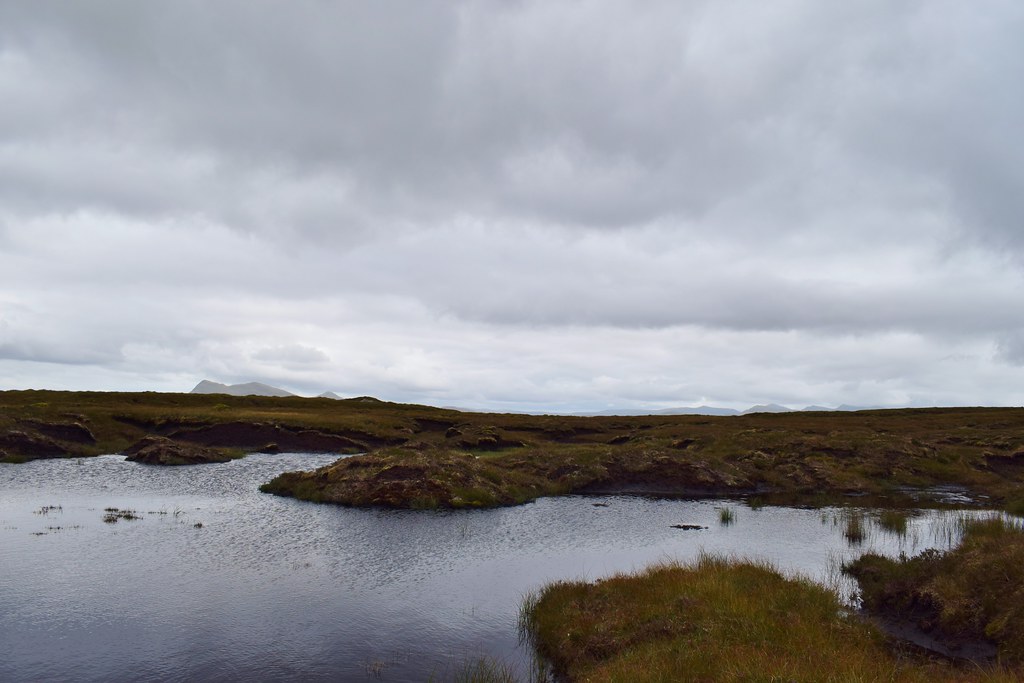 Once across the hags the ground became very steep but much easier to walk on, and we dragged ourselves uphill without too many issues (other than the fact that it was uphill... 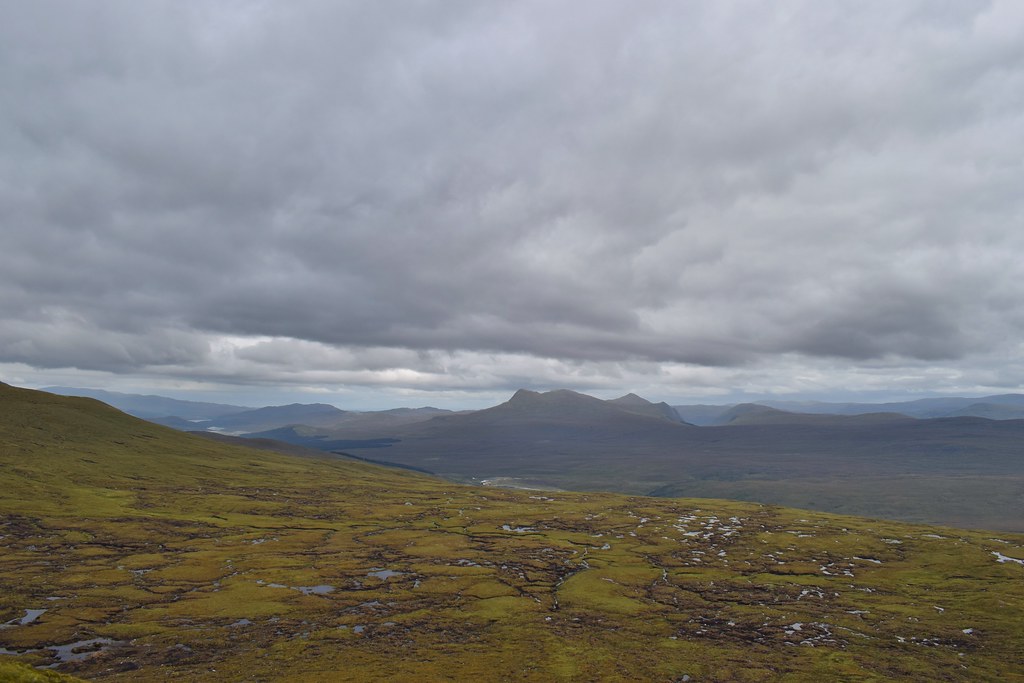 Now up the steeper section it was a short walk across easy terrain to the summit. 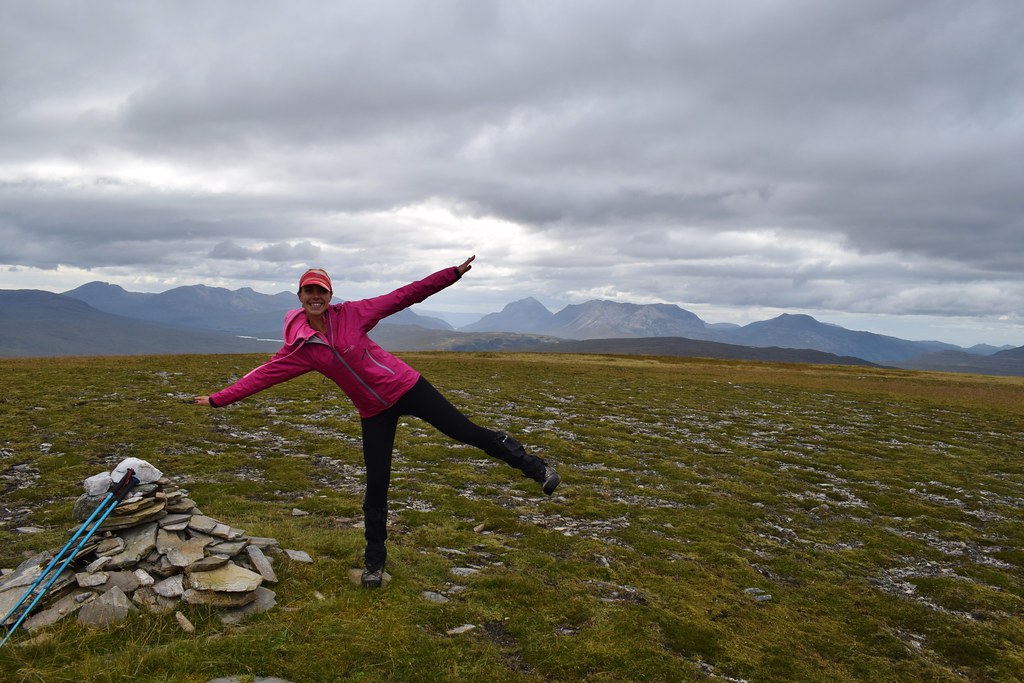 As the hill was a big grassy plateau, we wandered a wee bit further on to get the best views across to Lochan Fhada and the Fisherfield hills 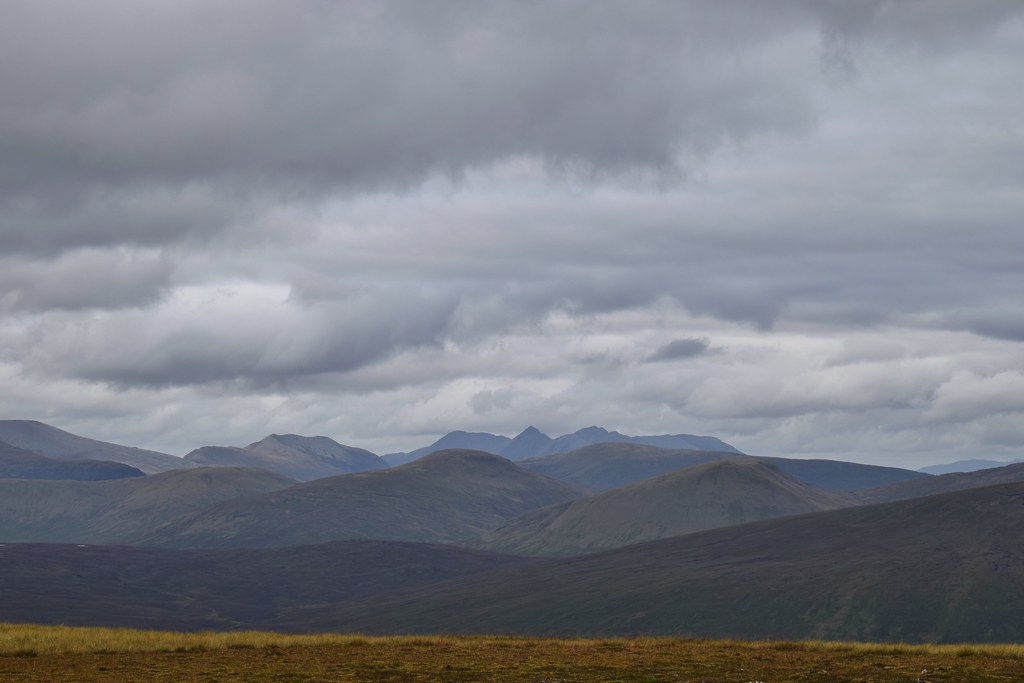 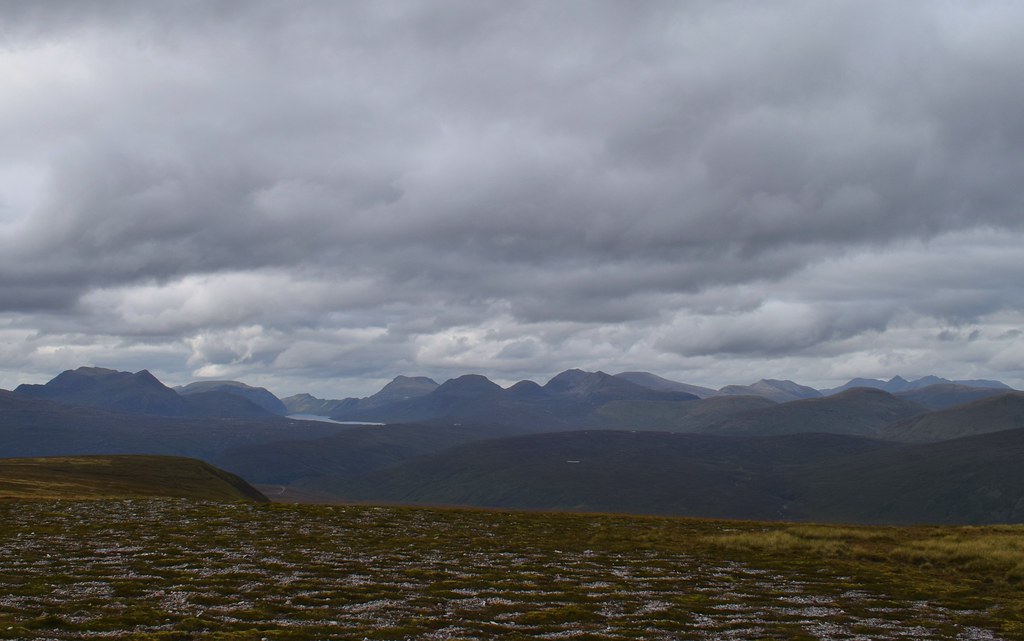 Sun hitting the ridge below A' Mhaighean 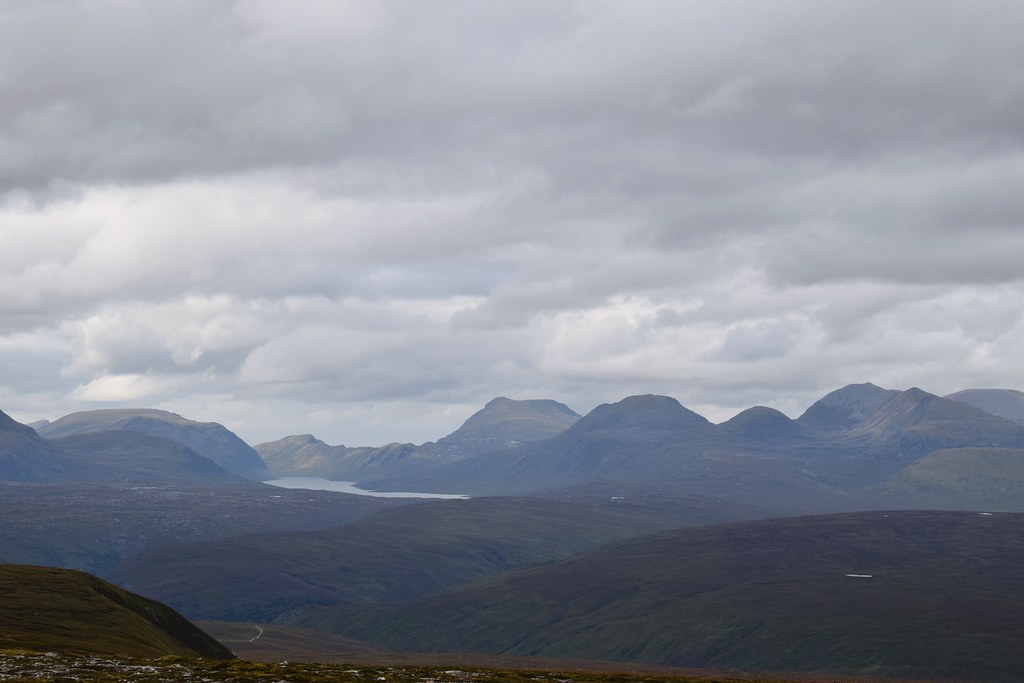 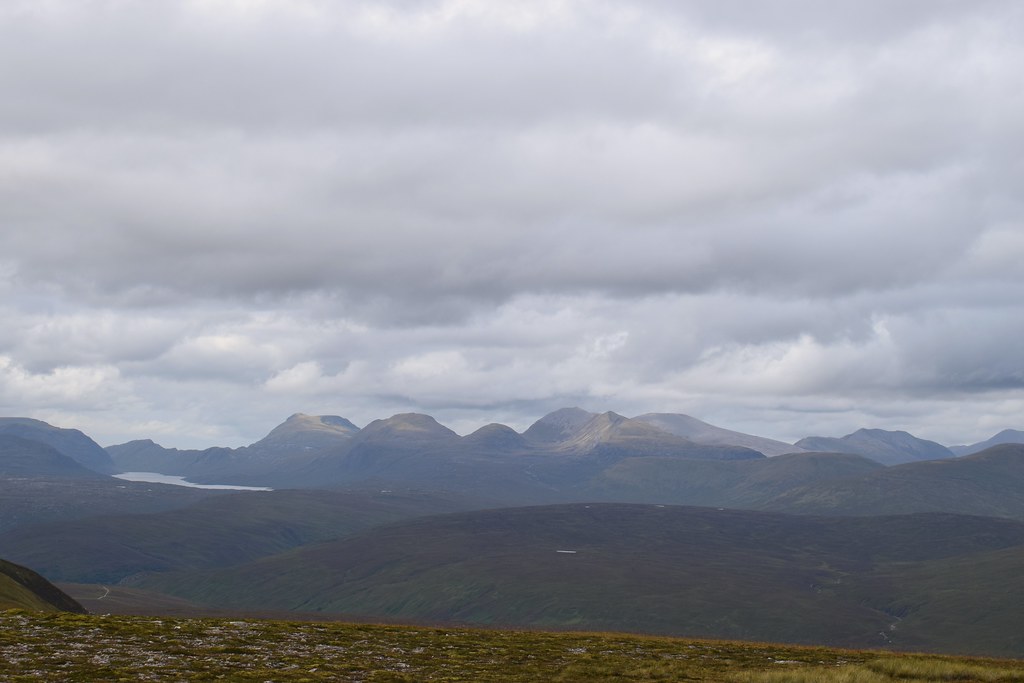 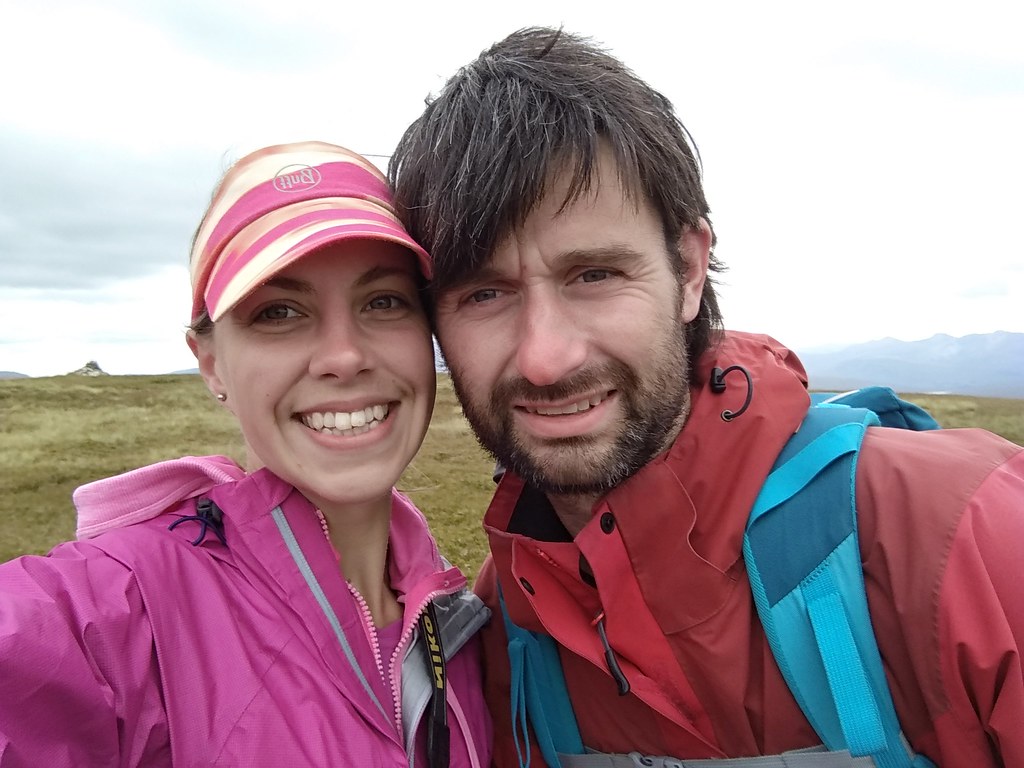 Although we could just make out the Western Isles, it turned out that my camera wouldn't quite pick it up, without the big lens.

We shared a flask of tea and a few snacks while taking in the view. Despite being a bit overcast it was magnificent

Eventually we got going - it was a bit chilly. We wandered around to get the view down to the loch... 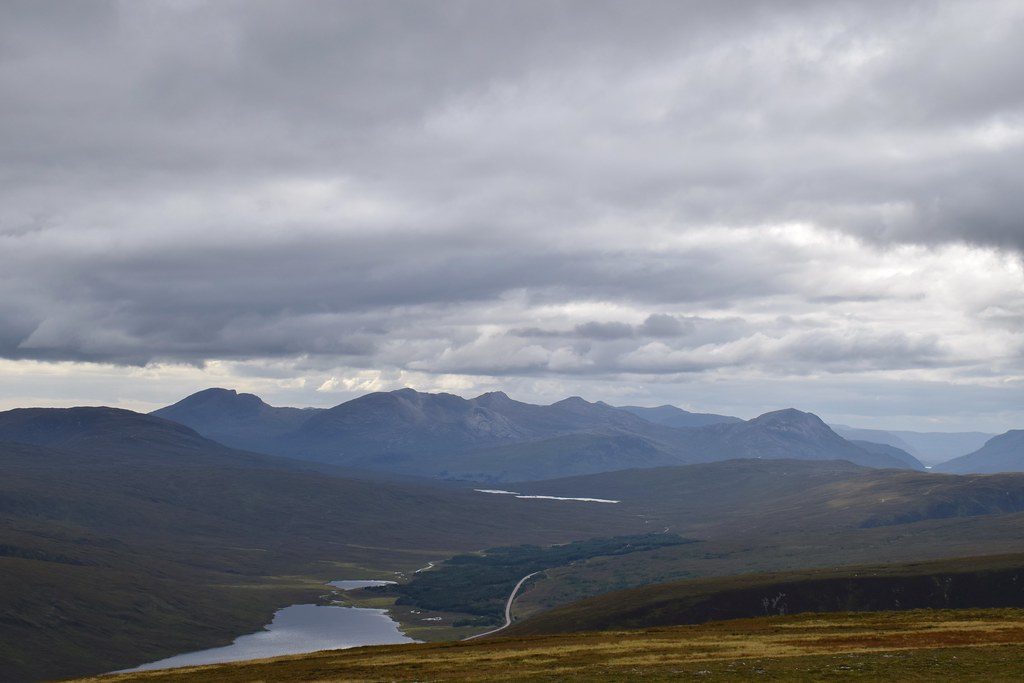 Strathconon hills with Monar hills behind 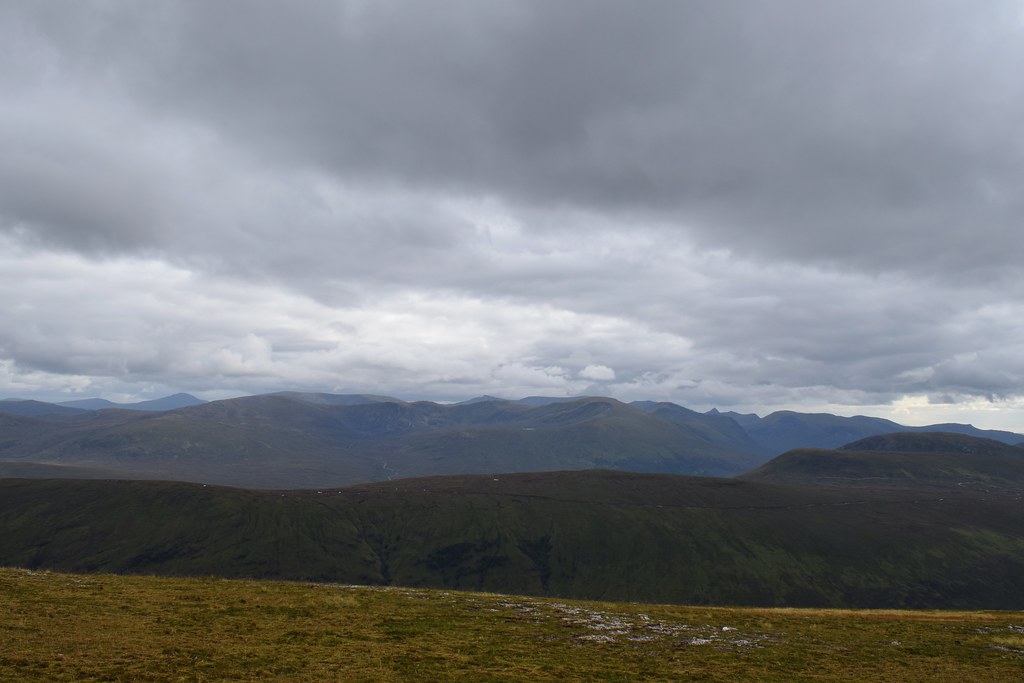 Bit of sun on Liathach 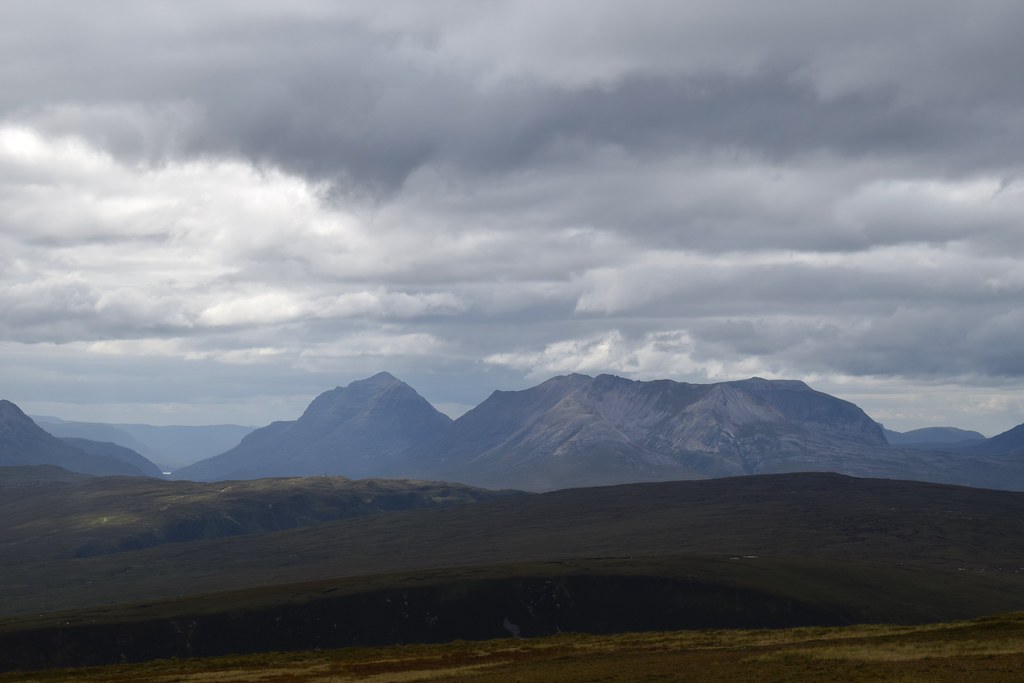 We approached the steep down - and took another look at what we had to cross...ughh....until we spotted a sort of bank that was raised above the hags. It led to the edge, so we could end up having to off-piste back to the track but at least it would get us past the hags... 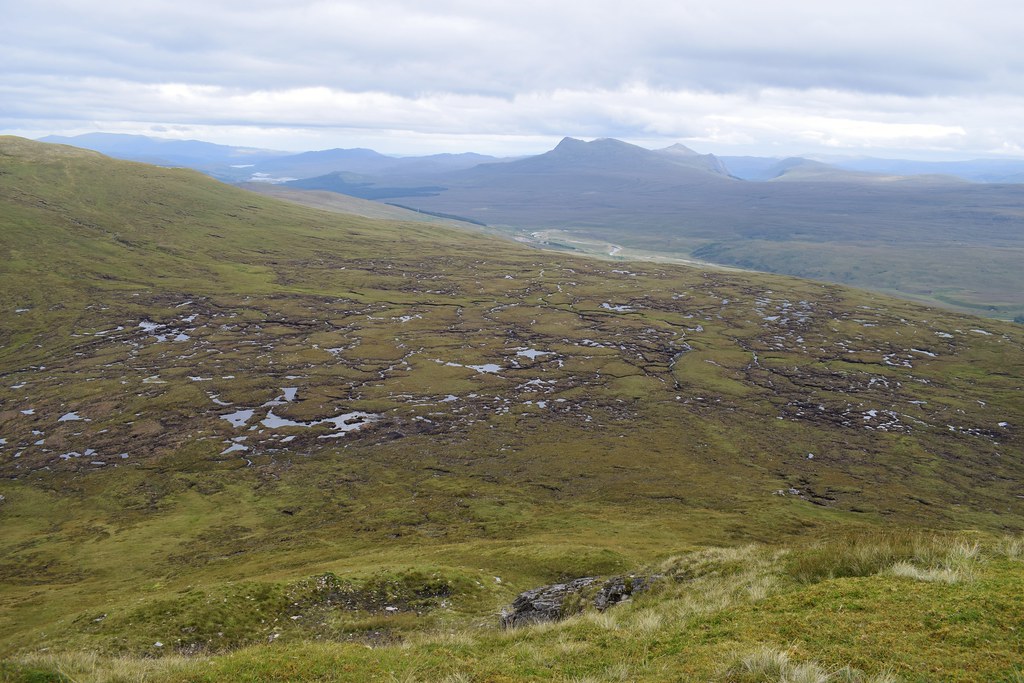 Sgurr a' Mhuillin looked even better now the sun was out 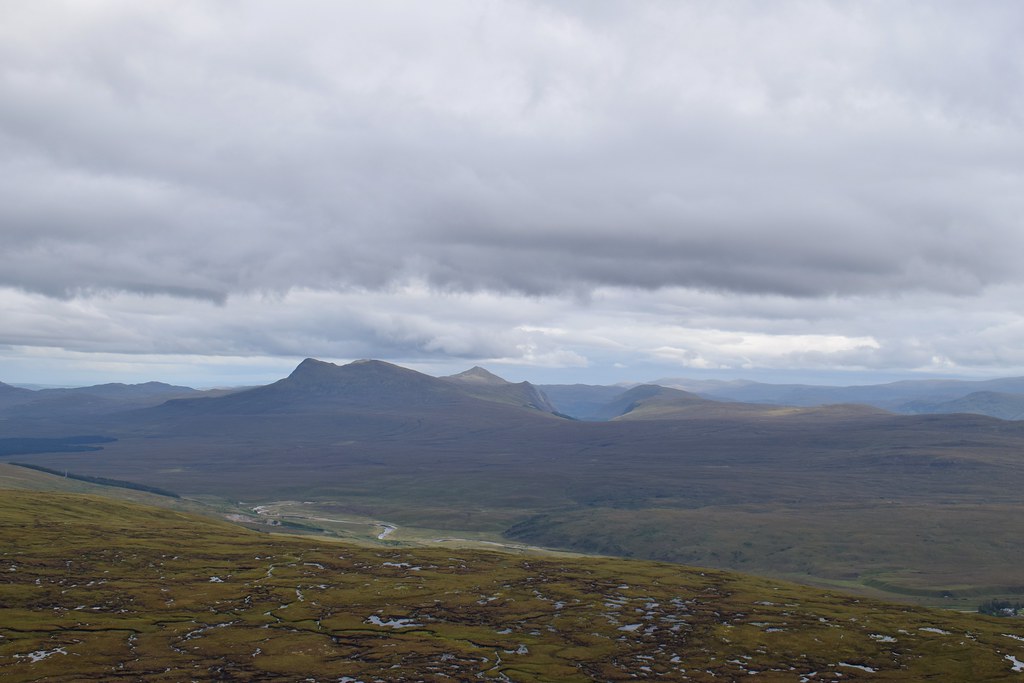 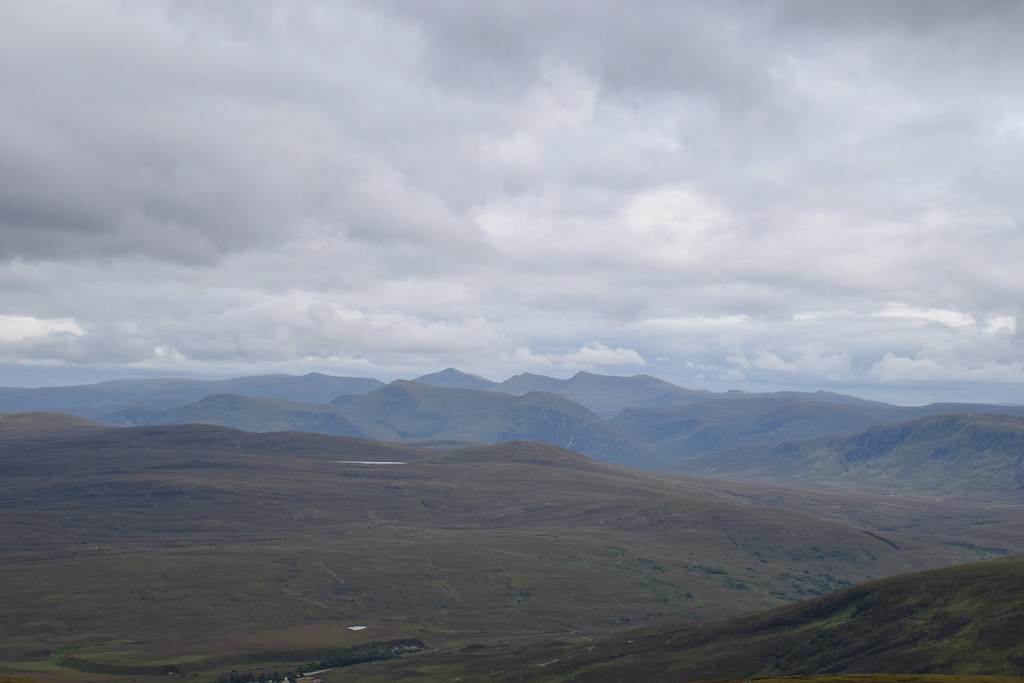 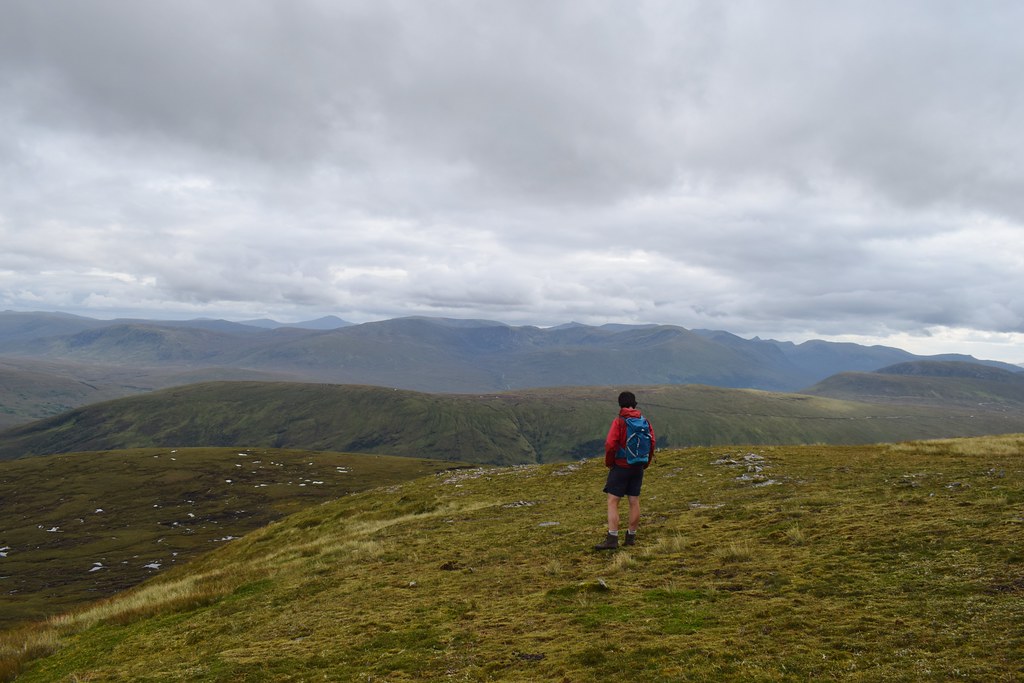 Once we had dropped onto the wee bank we discovered there was actually something of an ATV track along it, so other than a few annoyances we followed it easily across the hags to the edge of the plateau. 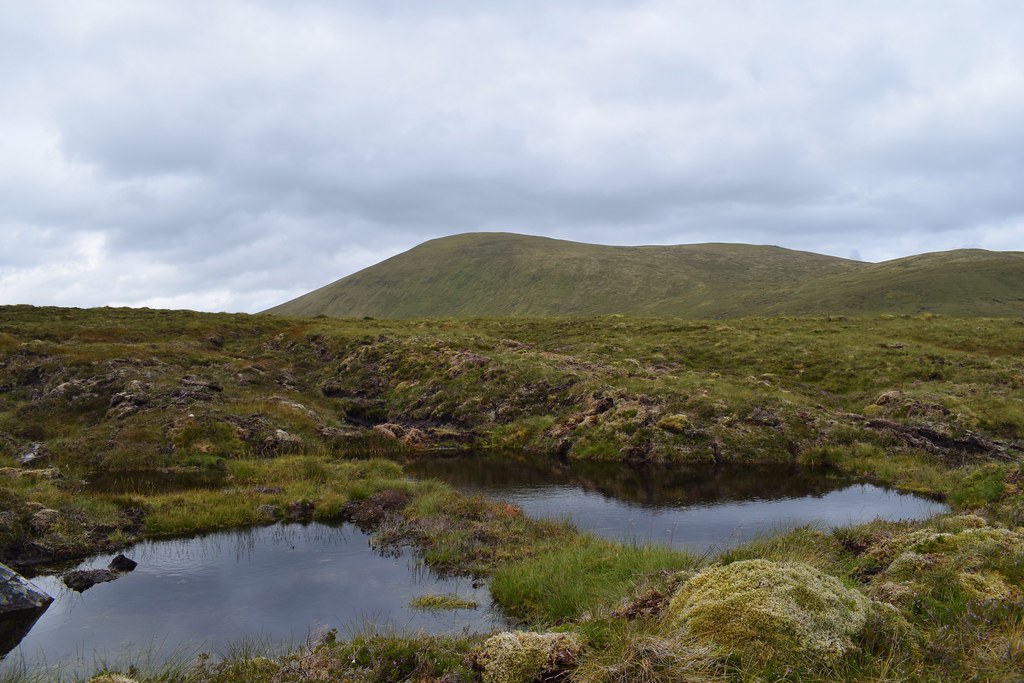 Strathfarrar hills in the sunshine 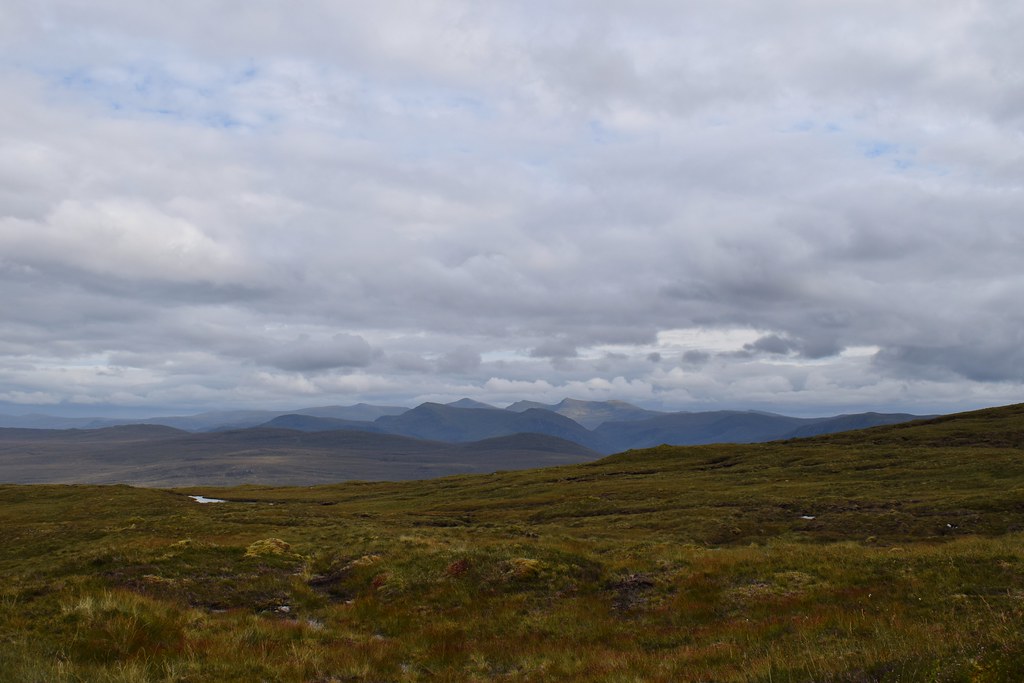 Even better, we then noticed that the track continued and dumped us onto the track we'd come up at the start! It was a bit mushy but so much better than the way we'd gone up - so highly recommended! 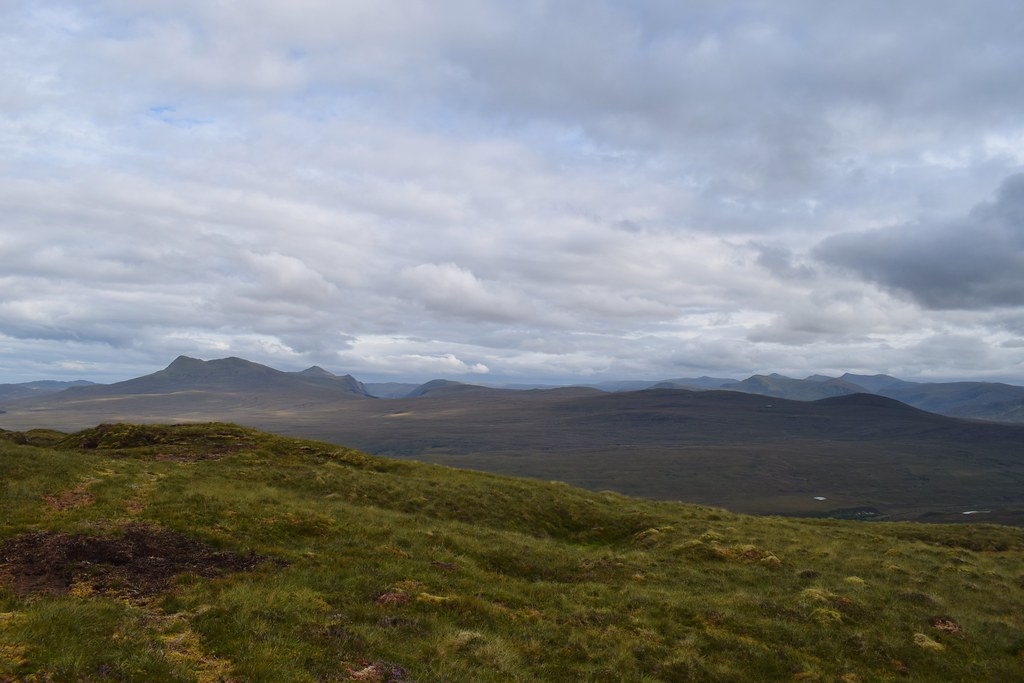 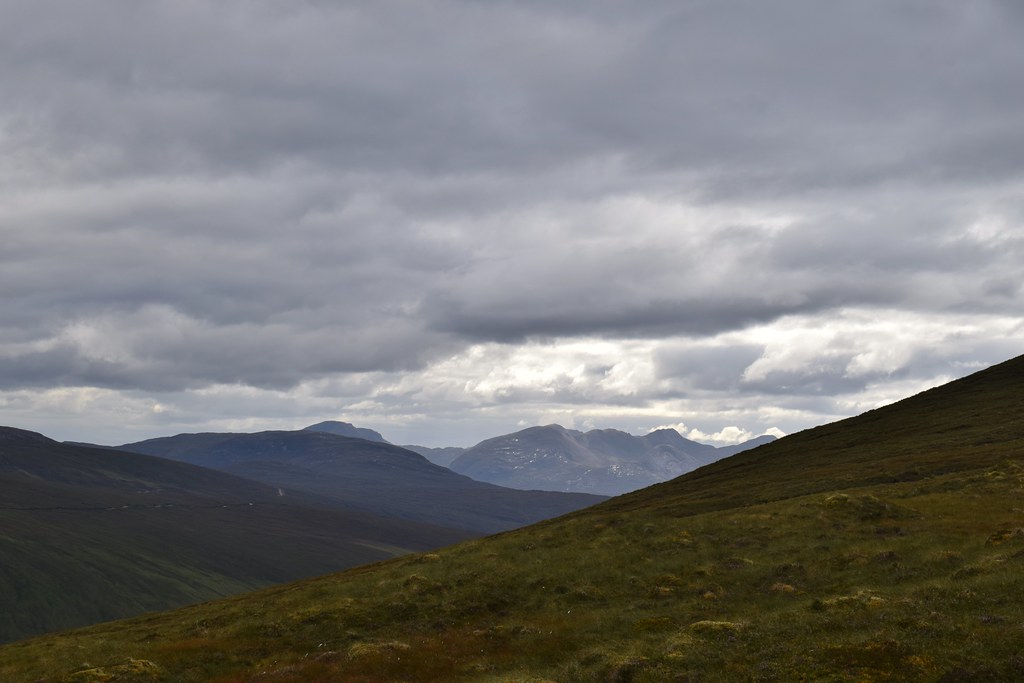 activity_5429872878.gpx Open full screen  NB: Walkhighlands is not responsible for the accuracy of gpx files in users posts

But who's the long-haired hippie in some of the pix???

But who's the long-haired hippie in some of the pix???

Thanks - I thought it would be a good viewpoint, but just how good kind of took me by surprise (probably still scarred by the peat hags

)
Shhh I love the longer hair! He keeps threatening to cut it but he's too lazy to be bothered

Good to see that "the hairy one" is continuing to help you recover by taking things easy....

The lower hills do often seem to give the better views. Best wishes for a continuing recovery - cheers

rockhopper wrote:Good to see that "the hairy one" is continuing to help you recover by taking things easy....

The lower hills do often seem to give the better views. Best wishes for a continuing recovery - cheers

Thanks dude - that is definitely one of the best things about lower hills (not sure if it balances out the peat hags, heather, bog and other crap though