A family wander up Loughrigg Fell

A family wander up Loughrigg Fell

Our first full day in the Lakes. Despite only staying a couple of miles down the road from where my parents were, there was no phone signal at either place, so planning to meet up was a little more awkward than expected. Dad had mentioned a couple of nights ago that he was thinking of going up Loughrigg Fell on his first day, so we wandered in that direction in the hope that we might bump into them somewhere. We could also walk up there without having to drive anywhere.


our_route.gpx Open full screen  NB: Walkhighlands is not responsible for the accuracy of gpx files in users posts
Surprise, surprise - within 5 minutes of leaving the lodge, I spotted mum and dad heading up the High Close road

. They were going to do a similar walk to us, so we decided to join them. Away from the road, the ground was a little wetter than expected, and there was the odd light shower. 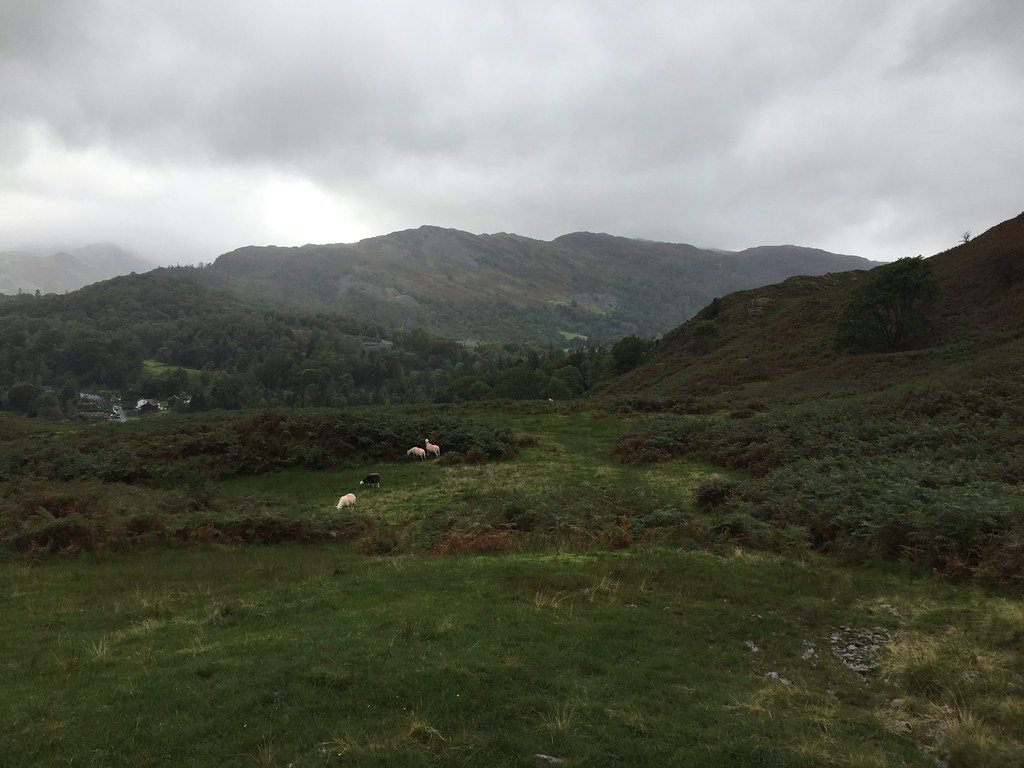 Lingmoor Fell from above Langdale 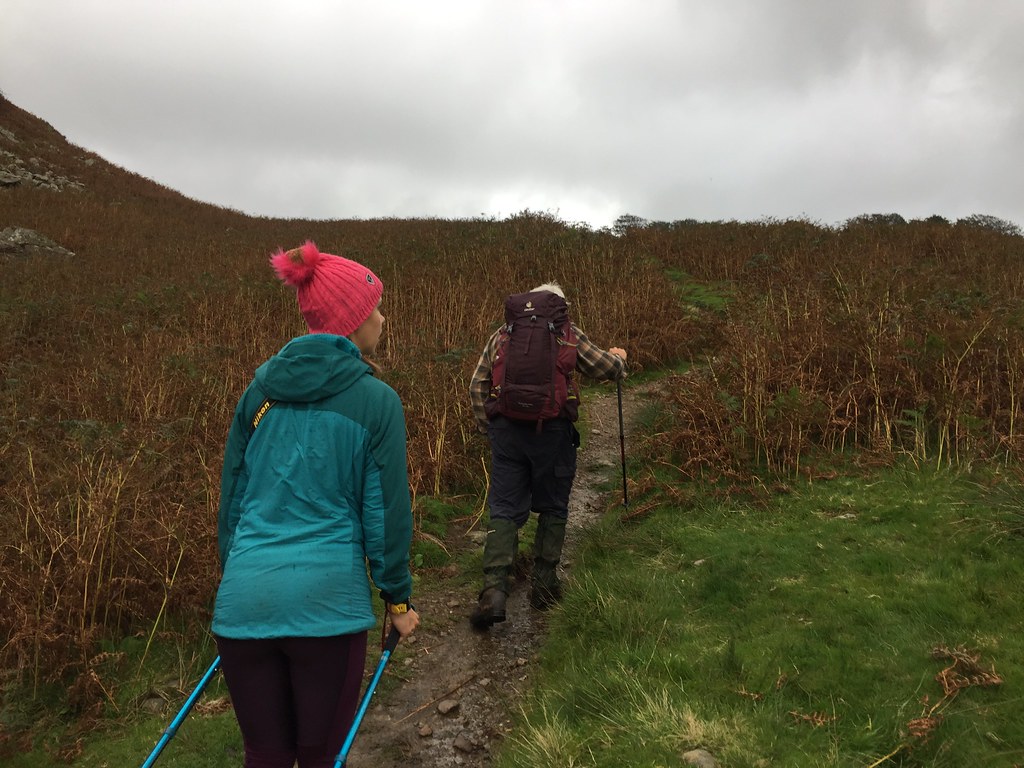 We crossed over the Grasmere road and decided to take the shortest path to the summit as the weather wasn't overly promising. This route starts from the upper end of Loughrigg Terrace and is rather steep - well Jackie certainly thought so! There were a few intermittent nice views towards Grasmere and Ambleside from the summit, so we stopped for a break. 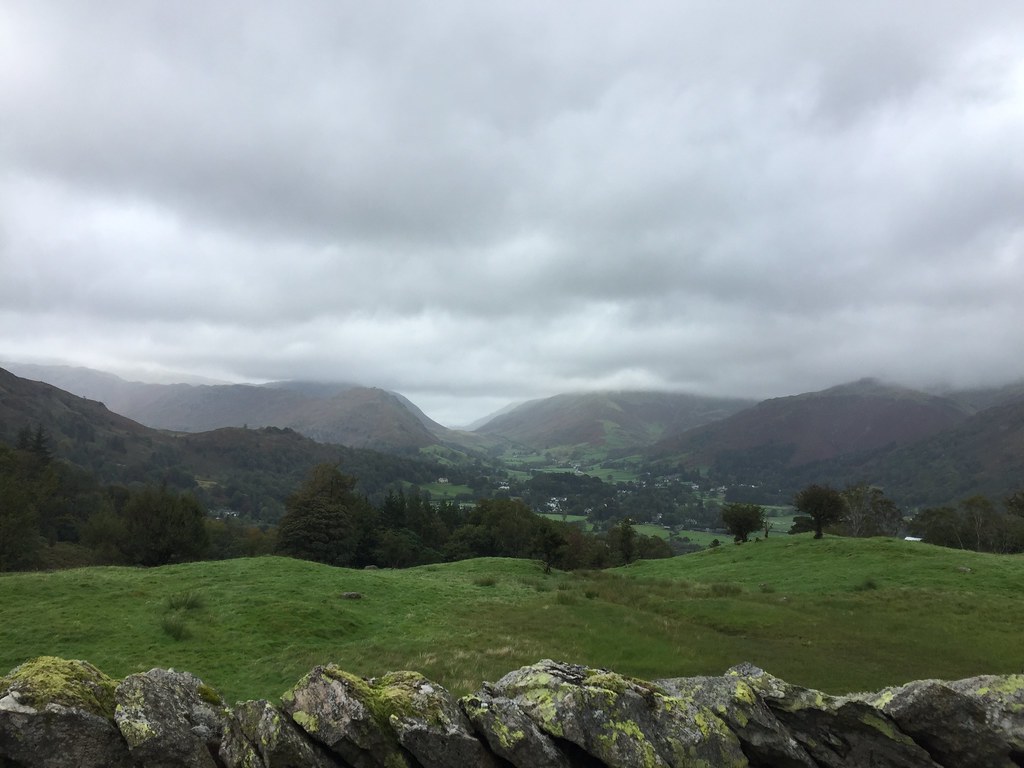 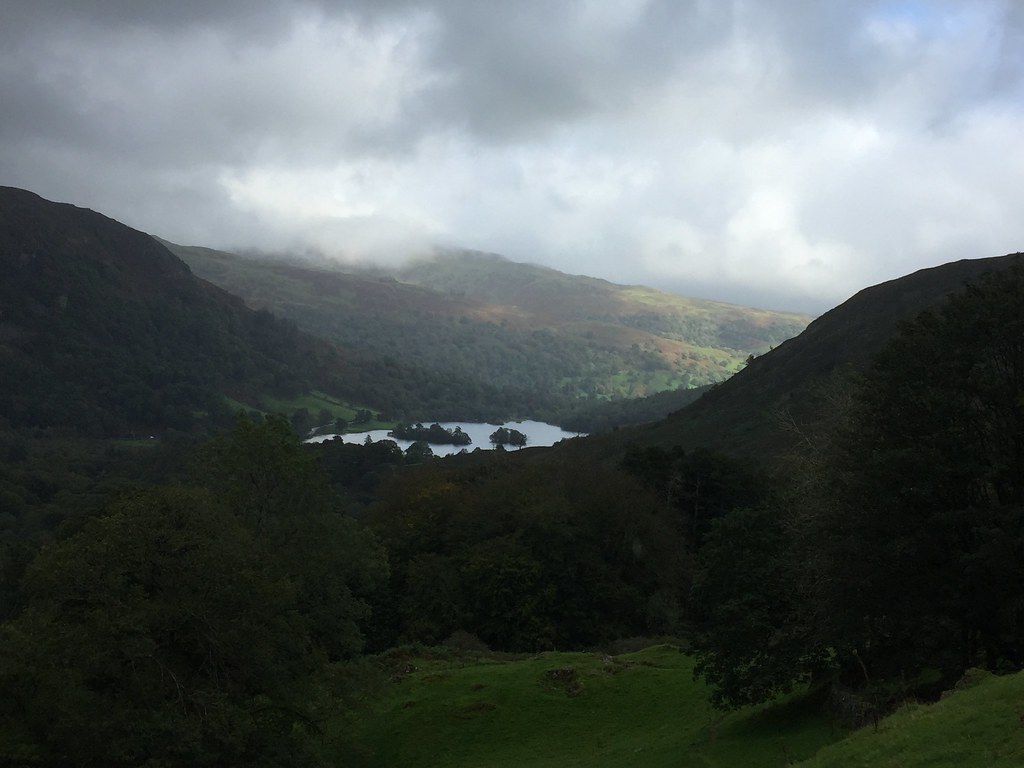 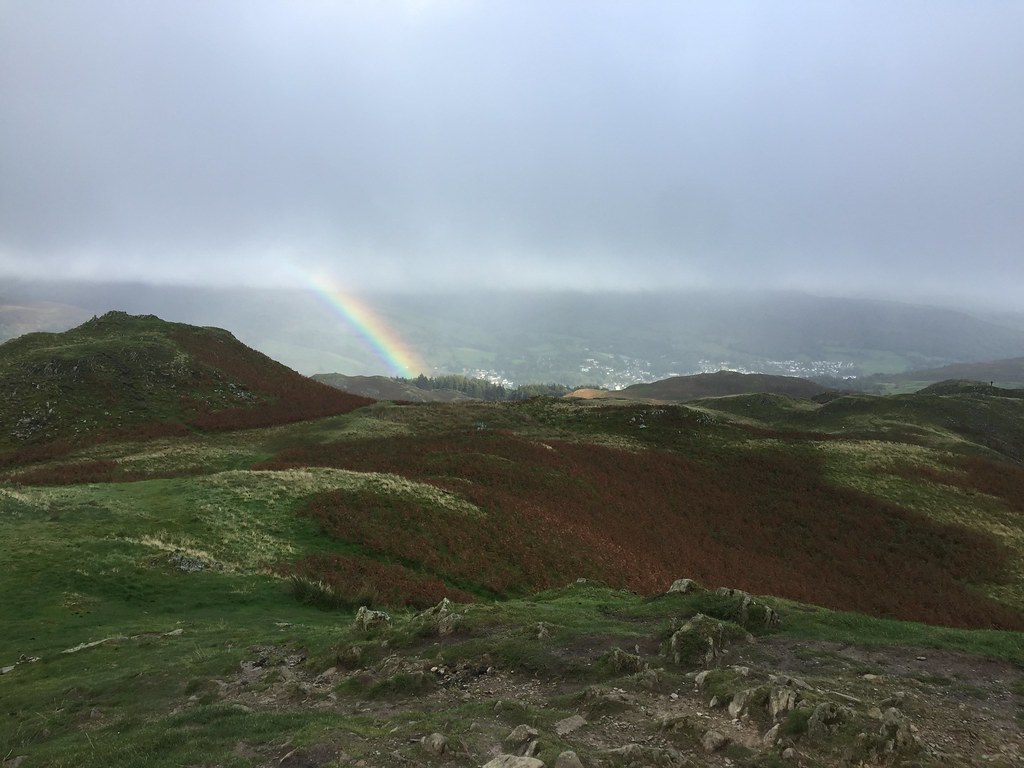 A shower of rain soon moved us on, so we dropped back down on the Langdale side of the hill on another steep path. Before too long we were back on tarmac, with us and my parents deciding to take different routes back. We were going to see them for dinner later anyway. 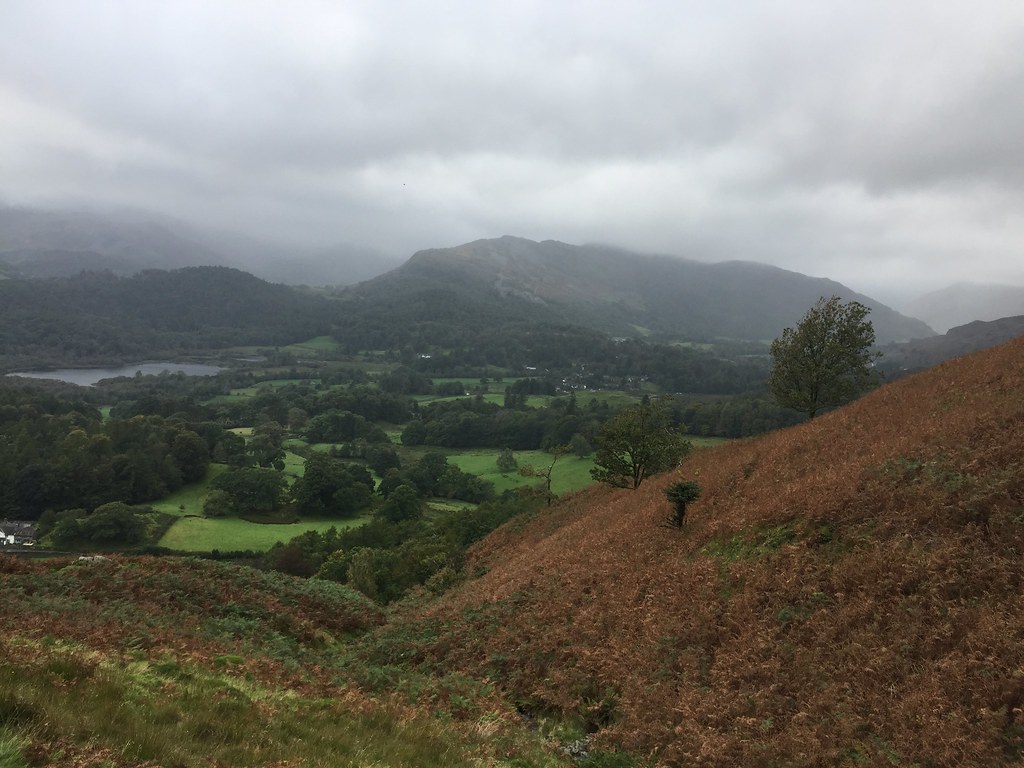 Not the most exciting day out but a nice leg-stretch before a promised week of good weather.