I fancied a relatively short day and I didn't want to be out on the hills in afternoon heat so I set off early to reach Coulter about 8a.m. I parked in a good space by Snaip Bridge and walked south along the road to reach the track going up the north bank of the Girdle Burn. My main aim was to climb Lamington Hill but I didn't just want to go up and down from Lamington. Also, I was intrigued by Turkey Hill and I wanted to phone a friend from the summit to tell him where I was and see whether he had ever heard of such a strangely named hill. The things we do for fun!
Anyway, the track soon reached the shallow bealach between Knowe Dod and Turkey Hill and after a quick jaunt over and back, I was heading up Turkey Hill on a good ATV track which soon reached a tumbledown dyke and a fence at a bend. Here, there were great views over to Tinto. I followed this fence and had to skip across it to reach the summit cairn of Turkey Hill, which was surrounded by unusual deep hollows in the grass as if there had been some early fortifications but there was no indication of this on the map. 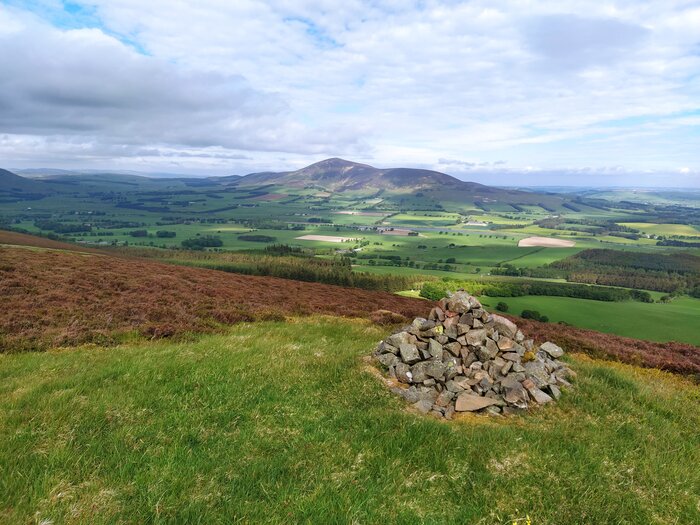 The summit of Turkey Hill, Tinto beyond

I sat in one, out of the wind, and phoned my friend who had never heard of this hill.
Back over the fence, I followed a good ATV track down Turkey Hill and all the way round to the final slopes up to the summit of Lamington Hill. Looking back from Lamington hill to turkey Hill and Knowe Dod Up through some straggly heather, over another fence and I was at the trig. Very pleasant it was, too. 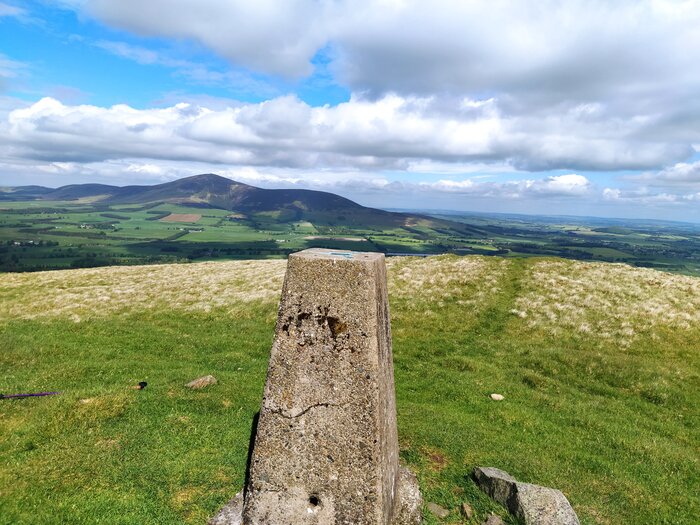 The Summit trig of Lamington Hill

After a quick chat to a couple having a breather at the top, I headed off in the direction of a stand of trees to the S.E. again on a good ATV track. Once past the trees, the track got steeper but never too bad. Turkey Hill from the descent of Lamington Hill There was an attractive clump of trees at the bottom with sheep in the shade underneath and then there was Cow Gill to negotiate - just deep enough to cover my recently waxed boots so no problems there. 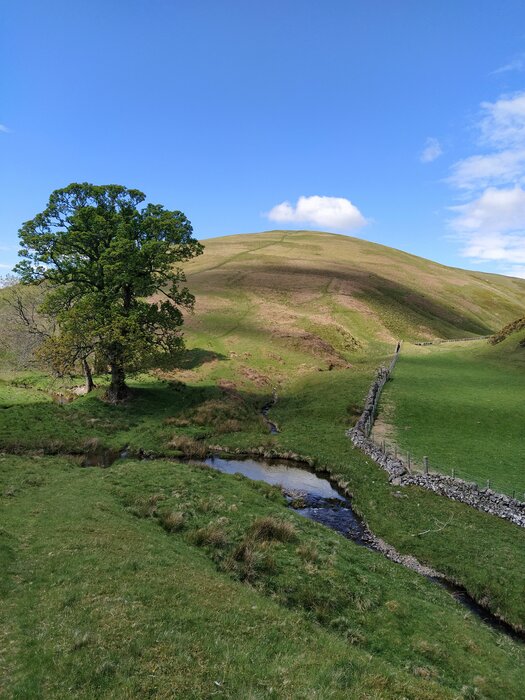 Lamington Hill from the Cow Gill

From here it was just a matter of walking the few Ks along the road to the car. There were a few ups and downs but nothing too demanding and I was back to the car before noon.