! It was an early rise all right, and I felt somewhat sorry for the rather dazed-looking schoolkids making their weekly trip to the Big School in Oban. However, it certainly got me across to Fionnphort well early in the day, and the drive up the Ross of Mull, and then up the challengingly tortuous B8035 to the starting point at the parking area opposite the Dhiseag farm track, didn't take me long.
Since I had a long day and a good weather forecast, my plan was to attempt the more interesting route up Ben More, via the neighbouring Graham, Beinn Fhada, then up the moderately scrambly A' Chioch ridge. I did deviate a wee bit from the website route description, though: instead of making the fairly long road walk north up the B8035 all the way up to the bridge over the Scarisdale River and then making the fairly straightforward ascent up Beinn Fhada's north-west ridge from there, I tried to cut a corner by heading initially up the side of the Abhainn na h-Uamha and then making a steeper ascent up a shoulder of Beinn Fhada about halfway up the glen, so that I joined Beinn Fhada's ridgeline a good bit further east. This worked out not too bad, on the whole, and it did save me a couple of kilometres or so plus avoiding a bit of road walking. 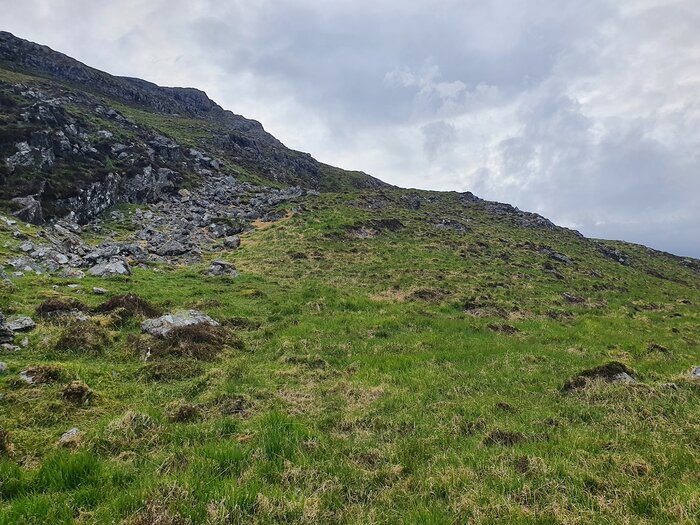 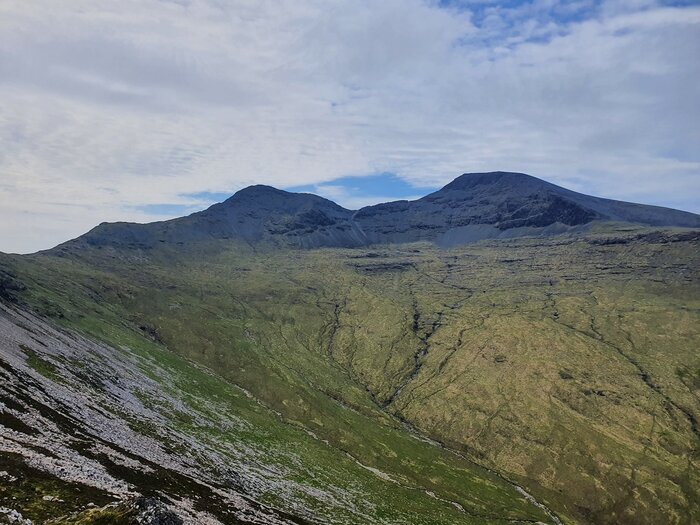 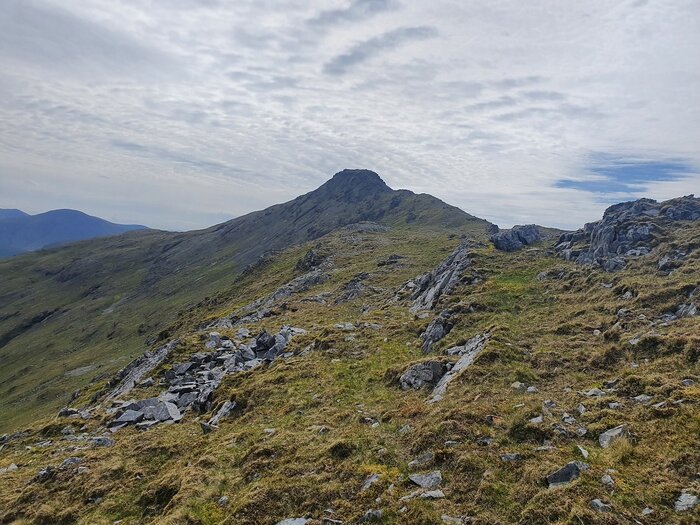 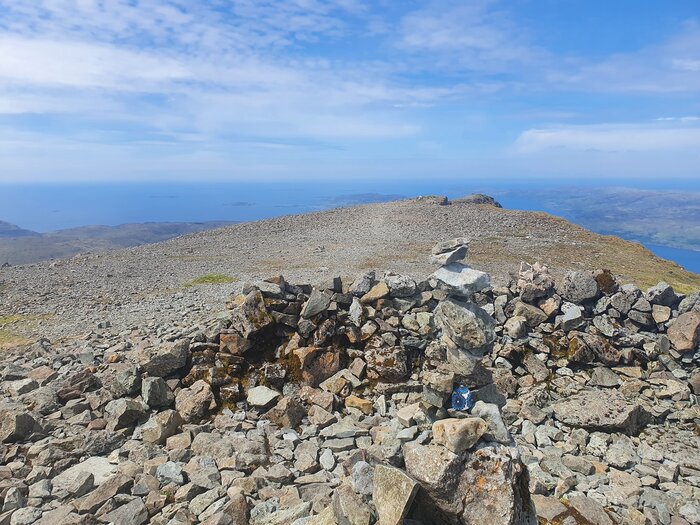