Monday, 23rd. August
I'd been out with a couple of my old university mates (Huw and Jif) walking up hills in the Brecon Beacons in the rain on Saturday but I was headed for bigger hills by early on Sunday... A long journey was made longer by an unexpected delay at Inveraray because some poor soul had made a fatal error while driving his motorbike; rest in peace, whoever you were.
Anyway, unaware of the full impact of the tragedy, I eventually arrived at the place from which I'd decided to climb Beinn Bhuidhe. Almost everyone climbs this hill from Glen Fyne in the south but I always think that it is worth investigating alternatives and decided to explore an approach to the hill from the west - so I parked at the side of the (very large) visibility splay at the end of the track to Accurrach Farm to the south east of Cladich.
It had been lovely and sunny earlier but, sadly, it started drizzling hard - tears for the motorbike rider - by the time I headed up past the farm to hit the buried pipeline and track which runs west from the hydro scheme at the head of Glen Shira. A couple of hours of graft got me as far as the eastern end of the reservoir dam holding back Lochan Shira and I pitched my tent there. The persistent drizzle meant that, although there were almost no midges about, things weren't brilliant but, after the long drive from South Wales, it was great to have some chicken noodle soup and to bed down in a dry sleeping bag. The forecast was for high pressure and clear skies both for the next day and for the coming week. It seemed that - as in several recent trips - I'd been lucky in my timing...
Poking my head out of the tent at 6.00.am. on Monday morning suggested clear skies and temperature inversions - so an early start was justified. I was, therefore, quick to head up the western slopes of Beinn an t-Sithein and then moved on east towards the high and isolated summit of Beinn Bhuidhe. The sun was out and, although the conditions underfoot were still wet and the terrain trying, I think that the weather would be best described as ethereal; it really was very beautiful. 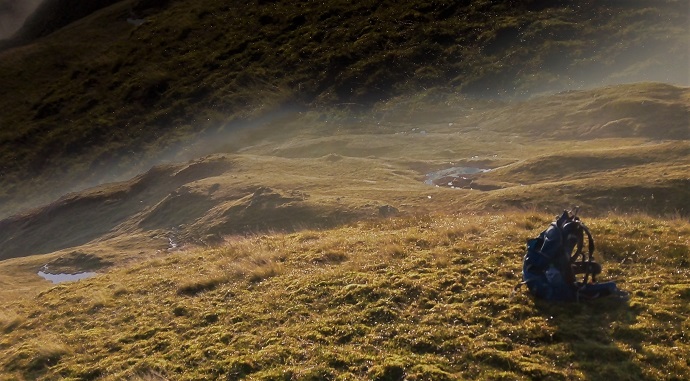 Gaining height on Beinn an t-Sithein above the camp 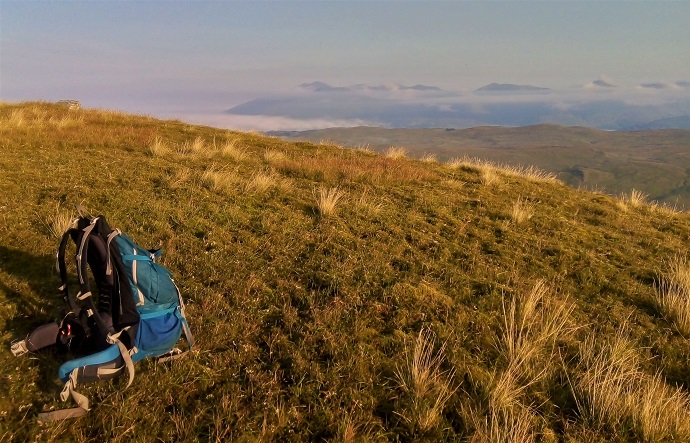 Looking back to the west from the same point 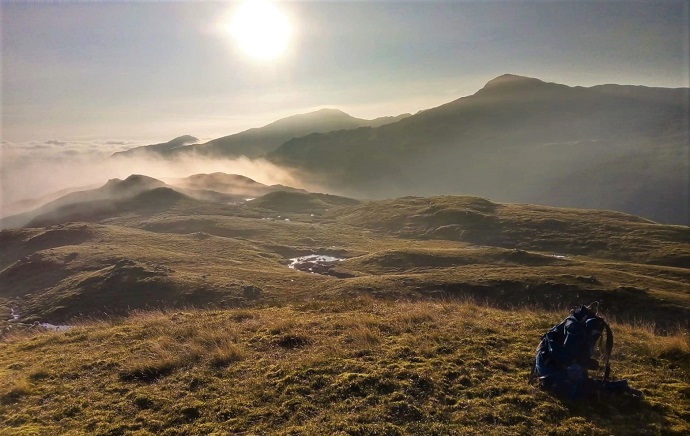 Looking to the summit of Beinn Bhuidhe from the west

Although pathless, the climb to the summit was neither very long nor very steep and it deposited me right by the cairn, opening up more ethereal views. The Arrochar Alps were rendered as ghostly outlines and kept drifting in and out of view while Cruachan pretty much disappeared as the mists rose. 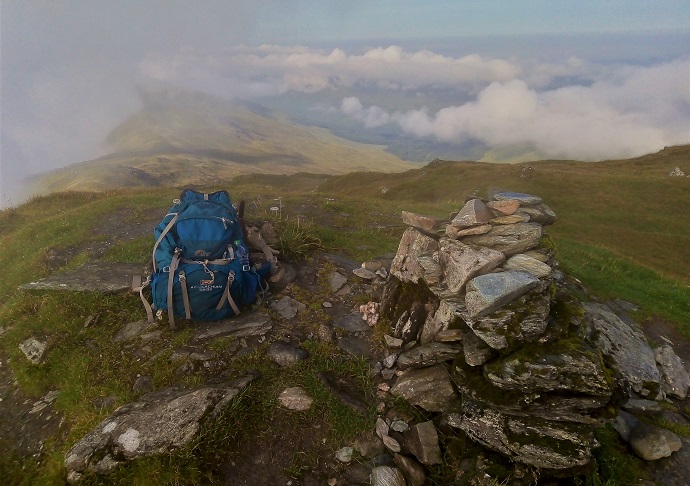 Looking west-south-west down the summit ridge

I moved off after ten minutes or so, reversed my line of ascent and descended to the tent which was, sadly, still pretty wet. My attempts to shake it dry were, as always, pretty fruitless so I packed up and headed back to the road and a lovely drive round to Crianlarich where I met up with my good mate, Chalky, for a beer and for more adventures on the following day. 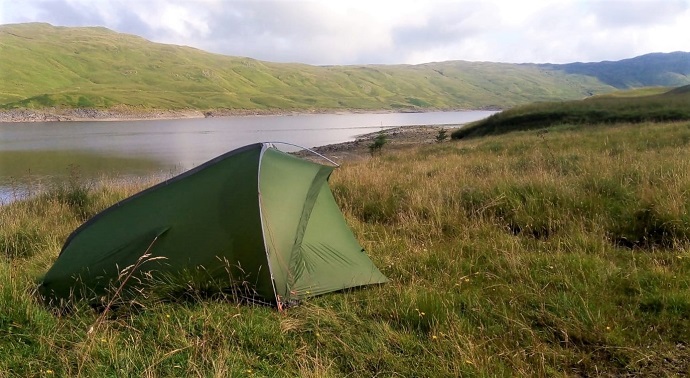 A still damp tent on return to the camp site


our_route.gpx Open full screen  NB: Walkhighlands is not responsible for the accuracy of gpx files in users posts
Next report: https://www.walkhighlands.co.uk/Forum/viewtopic.php?f=9&t=107856&p=453905#p453905

Evening Alex,
It was quiet - I didn't see a sould from beginning to end - and, given the amount of water coming off the northern slopes of Beinn Ghlas, thigh deep wading would certainly have been on the cards on the way up if the hydro pipeline didn't cut across the hillside and capture most of the water before it reaches the track. In this context, both the 1:50,000 and 1:25,000 maps of the area are inaccurate in that they don't show either that the pipeline exists or that the track through Accurrach Farm and the hydro track are now linked; you can see the latter, though, on the air / satellite photos on Bing Maps.