I started at 12.30 following the route given on this site. In the end I followed this route exactly. There was intermittent rain and almost constant mist.
As I passed Castles farm I had to walk past a group of Highland Cattle which were mooing continuouly, I think because cows and calves had been separated.
As I got to about 500m the mist got thicker and from there to the top of Beinn a'Chochuill visibility was about 30m. However I saw 2 ptarmagan close up and just managed to catch them with the camera.
As I came down the ridge heading for Beinn Eunaich the mist began to thin and occasional glimpses of the sun came through. As this happened I noticed an amazing optical effect. The sun cast my shadow onto the mist below me and I could see my shadow surrounded by a rainbow. It happened twice but only for a few seconds and I was unable to get my camera out in time to shoot it. I had seen a similar effect from an aircraft a few years ago (see photo). I wonder if anyone else has seen this effect or even has a photo of it.
As I ccontinued to Eunaich the mist closed in again but became patchy as I came down the ridge allowing intermittent atmospheric views and as I drove away Beinn Eunaich stood out in full sun against the background of all the other hills dark with mist.
It was a great day on the hills! I've often said there's no such thing as a bad day on the hills. When I set off it was very unpromising and the farmer at Castles said "you'll see nothing up there the day". But I had a thoroughly enjoyable walk and the easy walking provided by the road from the farm and the paths above made it a daudle! Unfortunately I'd let the camera battery run down and forgotten to bring the spare so can't show any more pictures. I'll double check that tomorrow!! 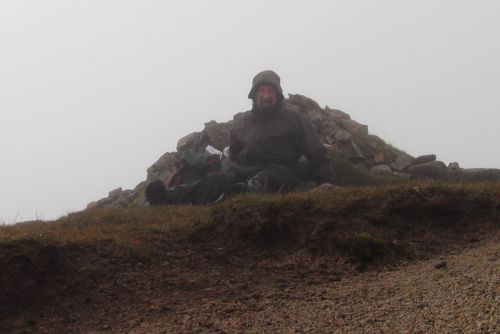 wet and no view but brilliant!! 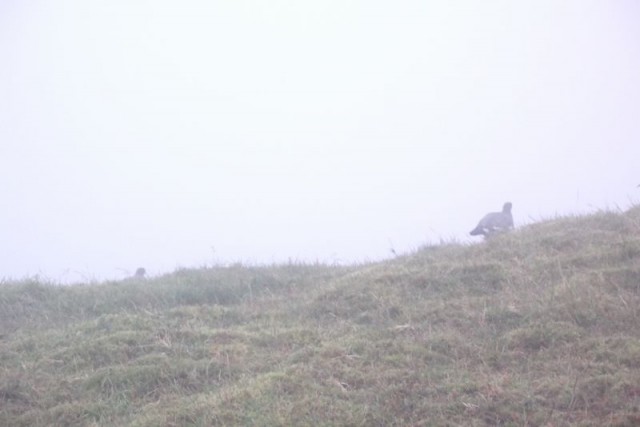 Nice one andrew 11. Your optical phenomenon is called Brocken Spectre. It's caused when the sun above you apparently casts your shadow on cloud or mist below you. I say 'apparently' because the shadow effect is not a real shadow - just looks like one - and the reasons for this phenomenon are not fully understood at this time. The rainbow effect around the shadow is called Glory. Fantastic pic of the aircraft - never seen one like it before. Cheers and good walking.

Thanks for the info Oldman.

Googled it and found this image which is very like what I saw. Would be interested to hear if others have seen this phenomenon. I've seen my Brocken Spectre with a glory quite a few times - I've probably put out posts on here with them on - but they'd be on the 'Outside Scotland' pages... It's a great thing to see though - the first time I did, I danced about on the ridge whooping and shrieking (fairly quietly) - it concerned a guy coming along the ridge sooo much that he re-routed down the back of the mountain and came back up after he'd passed me

Actually, I started a post on the 'General Discussion' page (long time ago) - here is the link: