what a great day it was

actually we bagged ben venue last sunday and we chose it just because it is a little mountain, not too far away from edinburgh. the previous night we were partying so this seemed to be a good hill to bag, no early waking up required

ben vanue made a great day out -weather was fantastic -hot and sunny with a gentle breeze..
we did the same route as described here. from the car park at loch achray we took 'red track' up and followed it until we reached the tarmac road to the dam (then we took 'blue' track). we followed the road and after about 10 mins turned left to cross the river (lovely, fancy bridge, some nice waterfalls). from this moment the path starts going up, quite steeply and continues like this right to the top. at first the path goes thru lovely smelling spruce forest, which was great- shady and cool

then thru young trees plantation and the forest again. this moment gives great views over to ben ledi.

after passing the 'second part' of the forest the boggy moorland begins. millions of flying ants tried to eat us alive there, half successful I have to admit, as I discovered later.
going higher up we passed great fields of blueberries (yummy!) and finally we got to the 'crossroads' marked with a cairn. we turned right and started ascent on the finaly ridge leading to the summit. a bit of scrambling reguired which was a nice change from wet moorland crawl. from this moment we gained the height very quickly, great views wide open before us, to the highlands, loch katrine .. stunning!
continuing ascent we reached another 'crossroads' with two paths - left leading to the 'true' ben venue summit (..and nobody goes there for some reason), right leading to the twin summit (crowds of people there already).

it is a shame that most people just go to the 'twin' summit and never bother to do the 'true' one, because comparing the views from the two, twin summit has nothing to offer. views from the 'true' one are so much greater! we could clearly se the arrochar alps (the cobbler, beinn ime, beinn narnain, ben vane.. ) and ben lomond.
we went for the 'true' one first, had some sandwiches there in peace and quiet and then went to where everybody was -the twin summit. that was actually full of flying ants, no chance to sit and enjoy the view at all, so we 'bagged' it and started descent the same way we came up.

one thing - the way from loch achray is very well signposted, it is clearly said to come back the same way, because it's the only way. however, on the summit we met a couple who had a guide book (green cover) and they climbed ben venue some other way (aparently pathless) and it took them 5 hours to get to the summit, they got lost and were exhausted. it's just a warning for you guys not to follow any other path. i guess there was some other route to ben venue in the past, but apparently it's not there anymore.

ok, so here are the pics 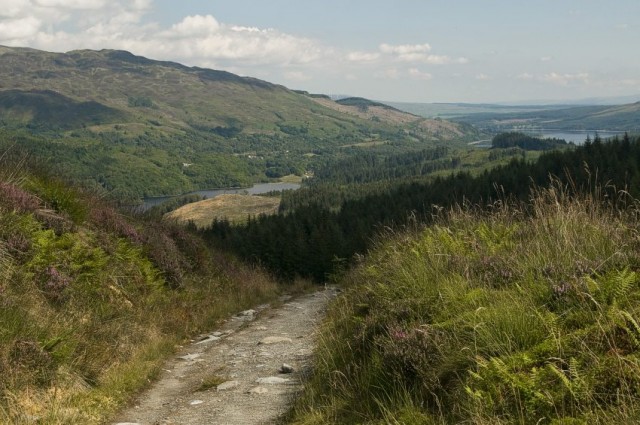 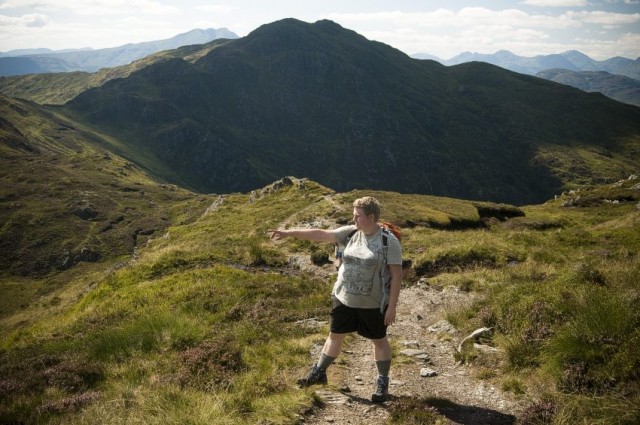 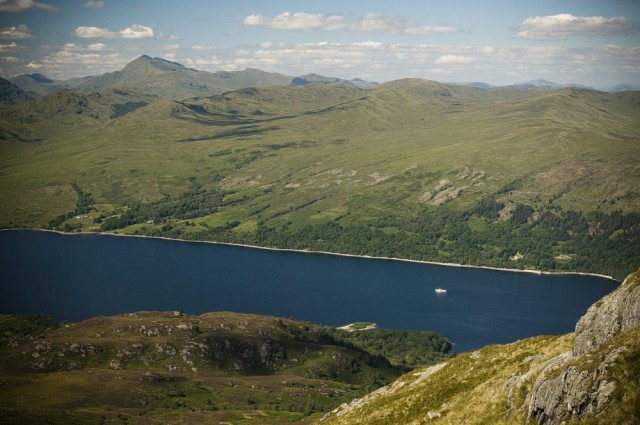 Thnx for your reply on my report of the Eggishorn, Switserland.
You've got some great pictures too in your post.

It certrainly was a great day, regarding the sunshine and the beautiful (photografic) light

Nice pictures and thanks for the memories - it takes me back. We first tried Ben Venue in mid February 1986 in the snow but just after clearing the forest we had blizzard conditions and white out and had to turn back. Two weeks later at the start of March we went up again from the other side - still had a lot of snow but clear blue sky and full sun all day - brilliant day and we got sun burnt !

some superb photos there.

i got snowed out of ben venue last year, it's on the to do list