That's right, I return to the forum a merried man. Isn't she lovely? However, all the hill inactivity resulted in Mr Munromonster rearing his ugly head! Hud awa thon beastie. According to some of the reports on here and beyond, Beinn Bhreac and its neighbour are pretty mundane. Well, I was lucky or I just happened to find them rather enjoyable. Anyway, I know most prefer to cycle the route into Glen Derry but I really love that glen and it didn't disappoint on Saturday. Once past the lodge, I walked another couple of clicks and Beinn Mheadhoin began to poke out with his crown of tors. A wee cairn does indeed signal the way up a rather boggy path but hey, it's Scotland. It really doesn't take long to hit the summit of Beinn Bhreac and I sat and relished the silence with expansive views over to the Cairngorm biggies and Beinn a Bhuird. An odd cloud bank hung over Strathdon and my silence was only interrupted by an elderly gent who sat and chatted. It was all fine until he told me that at his age, trips out of the tent were verboten and instead he used his trusty old milk bottle - he even showed me! Gads! I took off across the 4km plateau towards Beinn a Chaorainn and while it never seemed to get any closer, I did eventually reach the summit cairn with splendiferous views across to Beinn Mheadhoin and Coire Etchachan. The sight of that pee bottle will live long in my memory. I made a good descent down to Glen Lui and began the long walk back to the Linn of Dee. However, I thoroughly enjoyed every minute of it. Joke alert - did you hear about the fly who won the lottery? He bought a sh*te in Spain. A cracking walk and because it's not popular, it afforded tremendous solitude apart from P-man. Lovely to be back folks. 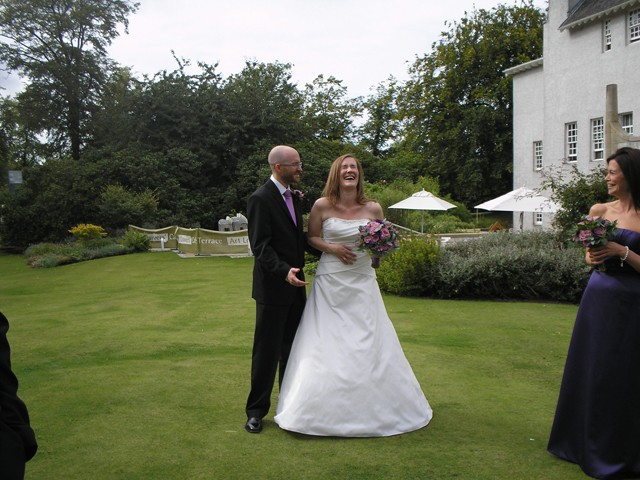 They mark the way 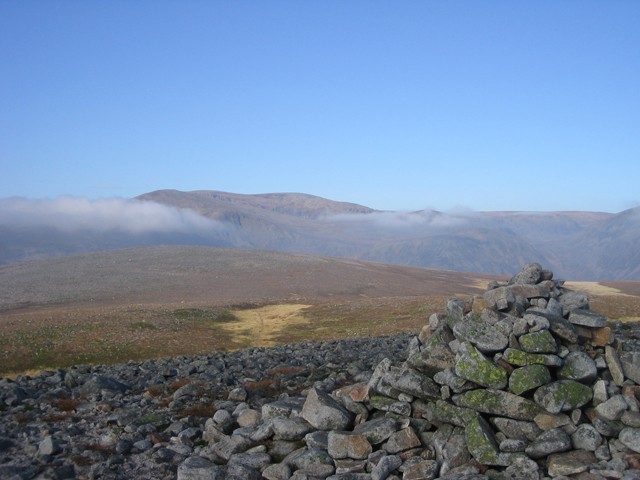 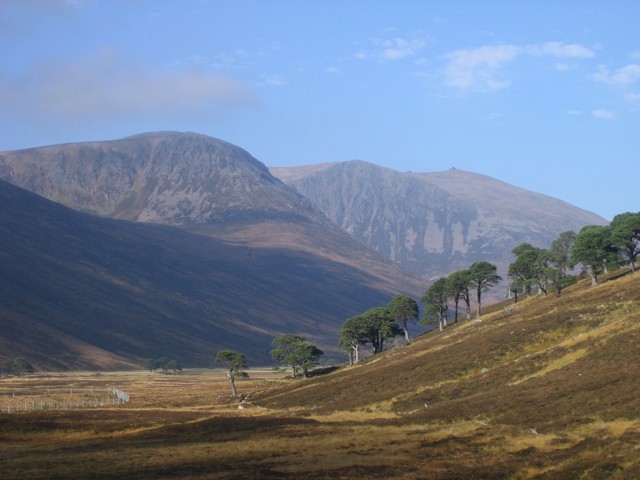 Looking back along Glen Lui

on behalf of spinsters world wide, lots of love, luck and congrats.. xx

Your avatar does not do you justice.PS yes she is

Many congrats to you both Kev! Love the last shot of Glen Lui with the pines. I'm sure that after such a fine day you couldn't wait to get home and have a nice cold glass of milk?

Stop. Ur in bad taste.

Well done Kev, good to have you back and glad the monsters off your back

Congrats - & nice to have you back too

32k in 7 hours is some going - that monster takes some sating. And an amazing difference in the weather between the Linn of Dee and Deeside - cloud base here was at about 200m all day and not a hint of sun.

Congratulations Kev and Mrs Kev too.

Congratulations to both of you

Yeah congrats Kev! When we did those we took bikes to Derry Lodge - made it much easier. We did the Munros and tops either side of the plateau (2 + 2) - is that what you did? Love Glen Derry with a vengeance! one of my fave places... And you've got a pic of Fearlas Mhor!