With the weather forecast looking good for the weekend wanted to head into the hills with number 1 son. He staight away said he wanted to go back to the one we did manage earlier in the year because of the snow. We had been in April, but the rim of the headwall of the coire had think ice/snow & we could not get over it.

Had a leisurely start arriving at a very busy car park 12:30 managed to park, almost at the bridge & set out. Great views but Stob Dearg unfortunatly wearing a hat!

Followed the trade route up the coire which was in better nick than it was in April. From about half way up there is almost a staircase leading through the scree. Its not visable untill your are upon it, but visible if you know it's there.

Tiny scamble out of the coire & 30 mins later at the summit. No views just clag, but hayho, Jack happy to have made it. 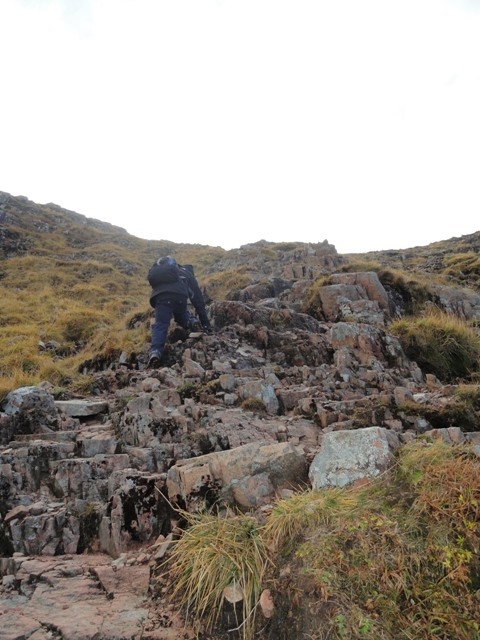 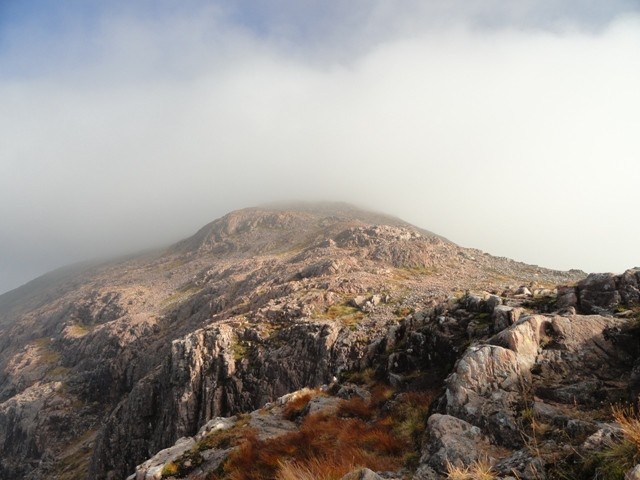 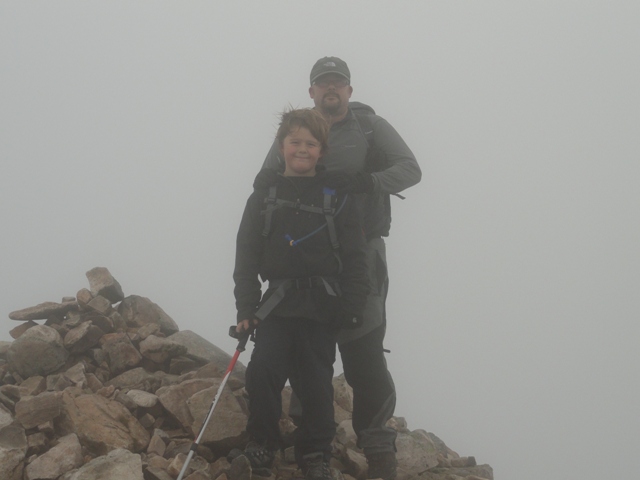 Bite to eat in the shelter & then of to the car. Other mountins clear untill Orchy. 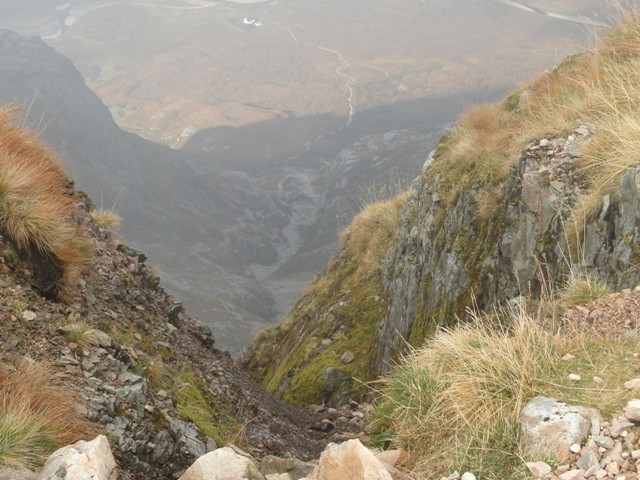 Looking down at the car 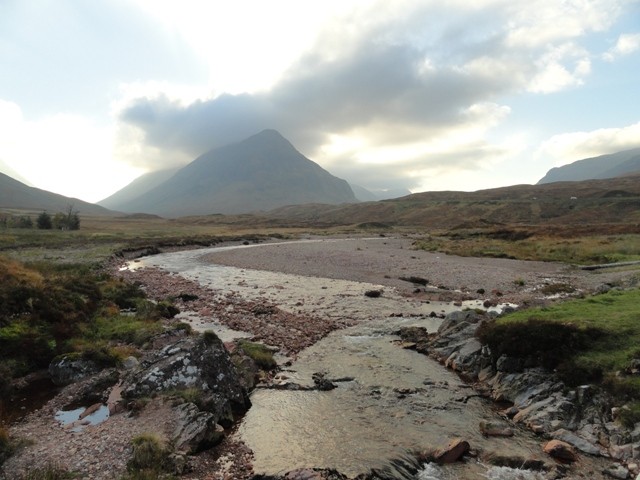 Buachaille Etive Beag from the footbridge 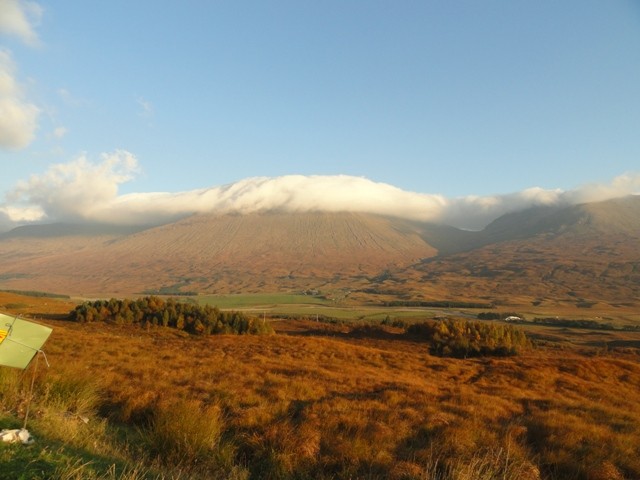 Cloud over the wall of Rannoch

Drove past it on Monday on our way to wester ross no cloud at all 'dad your joking me look at that'.