Failed attempt at The Horseshoe

Failed attempt at The Horseshoe


My brother and decided to tackle The Horseshoe. Recently he has been suffering from pain in his left knee and as we started the climb through the forrest it became evedant that the pain was still present, however we decided to horse on! We had set off from central belt around 6am, the skies were cloudy and the temperature was low, -1c. By the time we got to the station carpark the clouds were really low; good chance of a cloud inversion we thought!

The hike through the forrest is a tough start and the layers we soon removed; once we reached the clearing we were above the clouds and headin towards the dam (very James Bond'esque). The walk along the road to and from the dam was a pleasant break and gave us a chance to take some snaps.

Once we reached the end of the dam we took the first route up from the small cairn - note, this is the boggy way up! The path from here is clear although some parts are dangerous with bad underfoot conditions. We were almost at the top when we were overtaken by a mad, fell runner. Amazingly it had only taken him 1hr to reach this point, 3 hrs for us! Crazy guy!

The views from the top were outstanding, with the weather we had you could see for miles and miles. We had some lunch, spoke to a nice chap from Florida via St Andrews, then decided to move on to complete the Horseshoe - this is where the trouble started, my Brother twisted his already painful knee whilst walking towards the ridge! Doh. We had a quick discussion about completing the walk or heading back down the original route - on refleaction we should have continued as the route seemed gradual compared to the tough decent from Ben Cruachan. A few hours later we were back in car heading home - all in all a great day, hope the next visit is just as good! 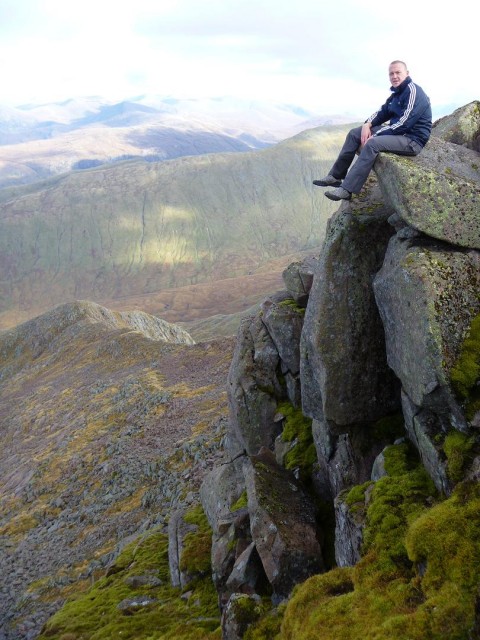 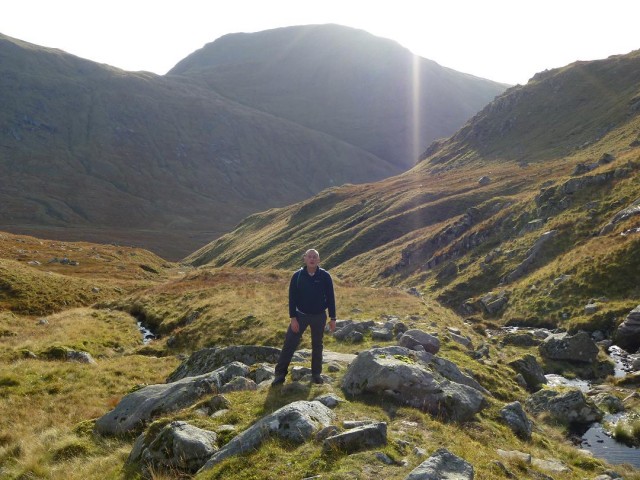 Hi Gary, I would be the nice chap (debatable) from Florida/Tennessee via St Andrews you met on Ben Cruachan. Sorry about your bro's knee, I saw him dealing with the pain of it on the way back to the cars. Hopefully it won't keep him from the hills too long. You guys can always go back and do Stob Diamh another day. I agree that the fell runner was mental, I imagine he did the whole ridge in under an hour. Thanks again for taking my photo, its tough getting pics of yourself when you walk alone. Here's my report for that fine day.

Nice report Andy, carrying about that large camera is well worth it, those photos are fantastic! Thanks for taking the photo of us too. Hope you enjoyed your day.

Just noticed a mistake on my photos, should be Loch Etive rather than Kinglass.

I was gonna say you must have bumped into Stretch and Monty off here! One was right

You've also got a photo labelled Loch 'Nant' which is Welsh surely? But there's some superb photos there, especially the reservoir. Sorry you didn't make it round but it's well worth another walk - I fully intend to walk it again sometime.