we tried to walk it last monday. luckily there was no snow on it yet so the ascent was a bit easier, although still tough enough. we tackled it from north side, from ballaird farm, along river calder and up thru some old birch trees which looked spooky enough even during the day

as soon as we reached the end of tree line, ascent became steep and rough, with a lot of scrambling. views were ok but still not great as the weather was just terrible. low grey clouds which gave us some snow shower on our way up from an torr. actually because of the snow we decided to go down and leave the hill for some other day.
the way up thru high heather bushes was difficult.
definitely we underestimated it, i expected it to be a nice easy walk, regret that i didnt check the route description on WH before! 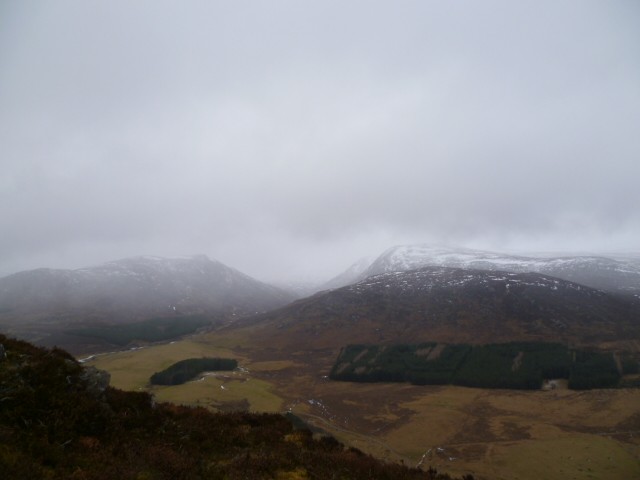