) and headed along the cycle track towards Loch Dee. This goes through some nice oak woods with several burns tumbling down the hillside. 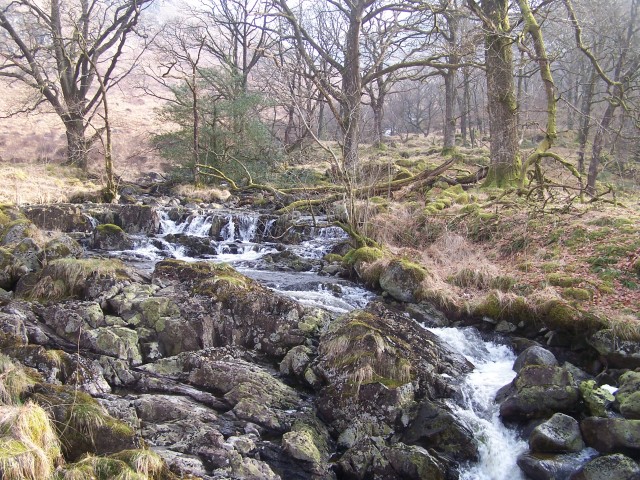 Crossing the river by the bridge at Glenhead we stuck with the cycle path which now seems also to be the Southern Upland Way. My suggestions for short cuts were firmly knocked on the head and we continued as far as Loch Dee before climbing steeply (and I do mean steeply) 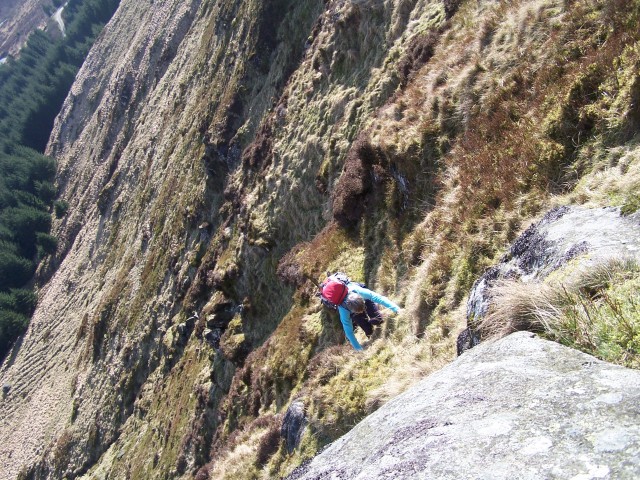 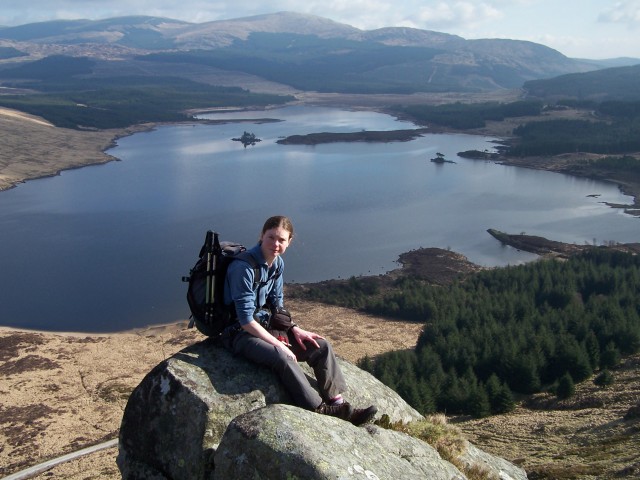 Reaching more sensible slopes we carried on to Curleywee. What an odd name for a hill.

Descending from Curleywee was quite rough with some scree 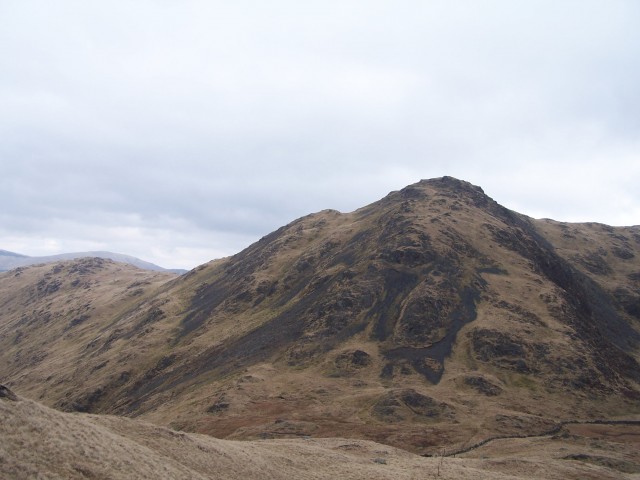 and then we went through rocky outcrops to Bennanbrack 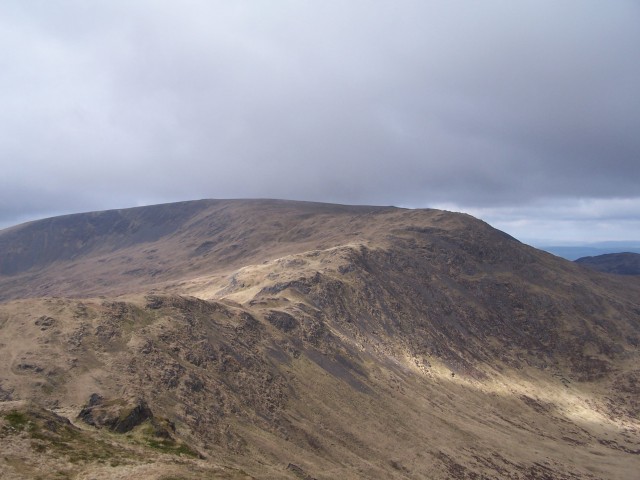 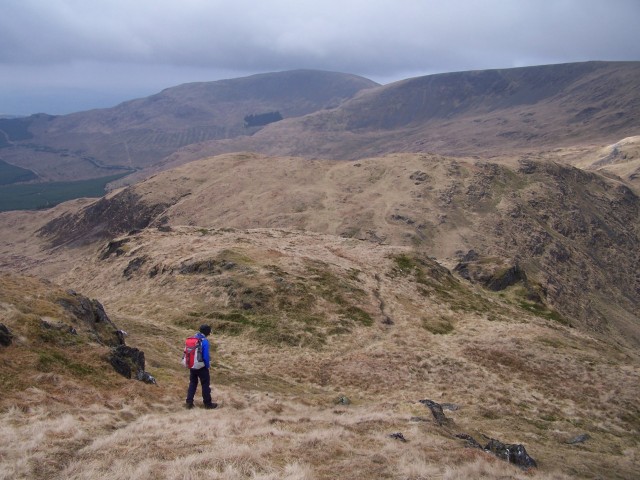 where we encountered a herd of goats. Lamachan Hill was a short walk further on and had a good stone wind break to stop in for lunch. We descended along Cambrick Hill and towards Nick of the Lochans from which we dropped down beside the burn to join the cycle track again. This descent was steep and tussocky and I was glad that it was not me who suggested it as a short cut.

It was then a very pleasant stroll back through the woods to the car park which by this time was pretty full. Driving back the views of Arran were very inviting so this is now firmly on the todo list for this year. The day was rounded off nicely by a stop for tea and cakes (rhubarb pie!) along the coast.

I spoke to you both breifly on the summit of Curlywee on Sunday. Turned out a decent enough day when I got over to Lamachan later on.

Glad you had a good day. Hope you got some good photos.