Having successfully squeezed a dry, 18 mile trek up Beinn Dearg on Saturday, I thought I might take a chance on getting another window of sun on Sunday despite the fairly poor forecast. Gable Gable End and I had discussed doing a walk on that one social networking site and somehow I convinced him that I had the power to part the rain clouds. First thing I had to do was delay the start of the walk, so I told him 11 instead of 9 - we would meet in Killin. I arrived in Killin about 30 minutes early after passing a pretty heavy shower back down the A82. But I could see things lightening up a bit so I thought we might be ok. GGE sent me a few texts along the way - one said I was a pig for dragging him away from the brighter east region

. The next text said, 'I see a patch of blue sky'. I replied, 'have faith, in time all will be fine'. We set off from the layby around 11:30 with much brighter skies and bits of sun. It was really humid and the sweat was pouring up the first 1/4 of the route. The views back down the glen were fairly nice and I managed to snap a few pics - but - once we reached the last 1/4 of the way to the summit the clouds dropped down and a band of rain came flying in on us. On with my waterproofs, GGE had a jacket, but no waterproof trousers. 15 minutes later we were blasted by fierce wind and driving rain. At this point the poor guy had no faith in my ability to deliver sunshine. We spent all of 1 minute at the summit where the shelter around the cairn hardly shielded us from the elements. It was a tough initial descent until we dropped down below the cloud. The path had become really nasty after the shower passed too. Definitely a bog factor of 4 after a rain. Back at the car we chatted to another walker who came down just after us and we downed our sandwiches, not wanting them to go to waste. We stopped at the hotel by the Falls of Dochart for a pint and, lo and behold, the sunshine appeared. See pal, sunshine! Fantastic.

I guess I should have said let's start at 2pm, but I didn't think we would be capable of doing this in 3 hours. But we made short work of this hill and got back to the very warm fire in the hotel lounge. All in all it was a fun walk, in a twisted kind of fun way. Sadly my powers to deliver sunshine while ON the hill failed, but I'll keep working on my skills.

Only took 4 pics during our 3 hours up the hill. Out of my 130 munros to date, Meall Ghaordaidh and Ben Vane are the only 2 that I don't have a summit pic of. 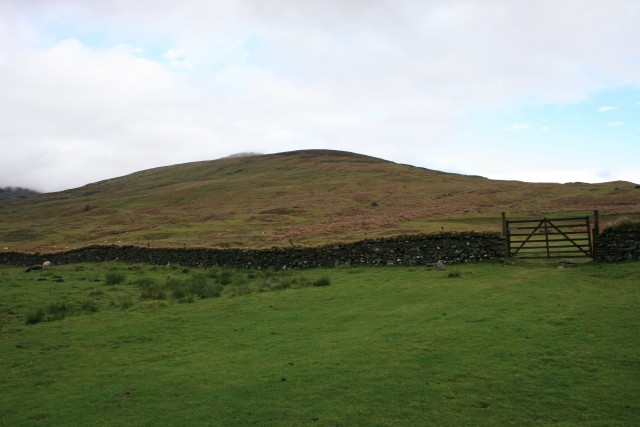 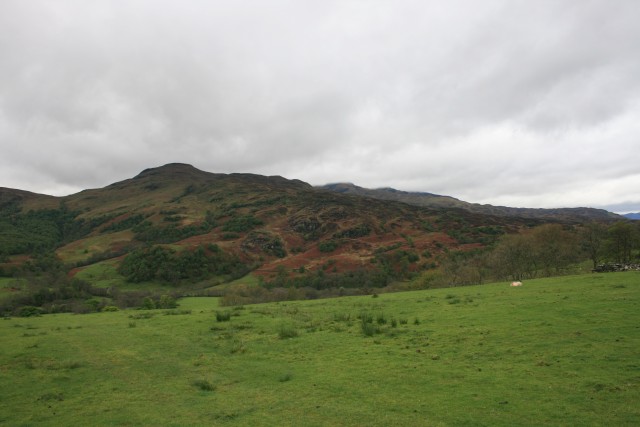 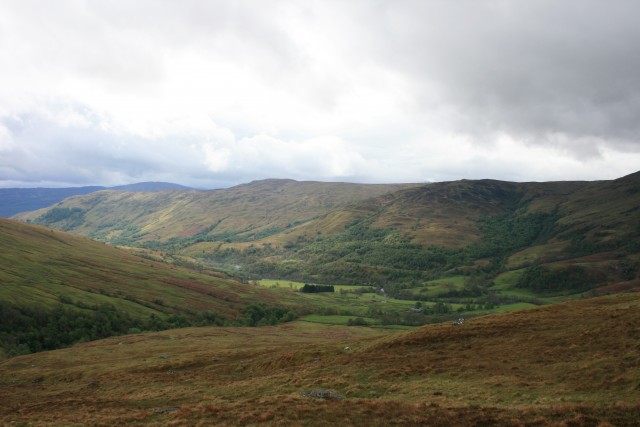 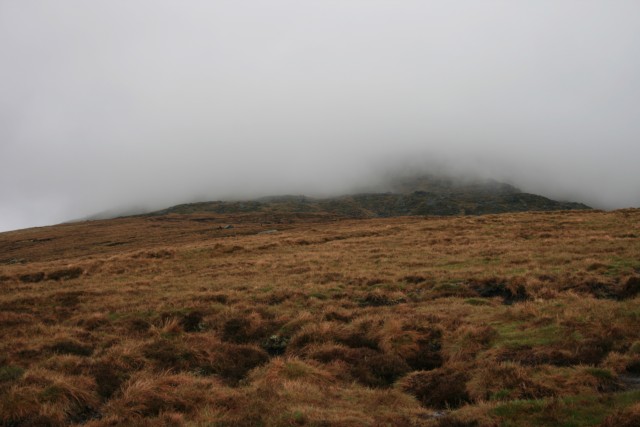 Short & sharp report stretch,not just me that walks in the clag,will start weather watching about Wed and hope for the best

good afternoon (well, 3 hours) on a boggy, but straightforward, lump.

I left the waterproof trousers in the car citing "lightweight wins"'......once the rain blasting came it was a bit of a "whoops" moment. Shame you didn't get a picture of the "rain"

Nice pint at the Falls of Dochart; would be a decent place to do a WalkHighlands takeover/meet......

I couldn't see anything at the top of that hill either....good excuse for a pint though

Good effort stretch, perhaps you are inheriting GLW's knack for the clag

(mind you, that was only a wee jaunt to the local supermarket and back).

Have a summit pic then Stretch Aaaarrgghh, I was telling Gable Gable End that this would be much better in winter and there is the proof! Cheers.

but then again, not necessarily...... This must be the least number of photos , ever, from your camera, Stretch !

However I know the nice feeling of a pint or two at The Falls of Dockhart pub as myself and Mrs Jockstar enjoyed a whole afternoon there the other weekend after getting her up An Stuc ... Hic !!

Mind you I have been known to tell a fib or two..