As I am of the younger generation of this world before now I had never climbed a Munro, so it took much deliberation to find a Munro that satisfied my wish for something interesting and my father's wish for it to be a reasonable drive. Eventually we decided on Meall Greigh and Meall Garbh, partly because its only a 2 and a half hour drive,my dad had never done Greigh before and it looked like a suitably interesting hill. 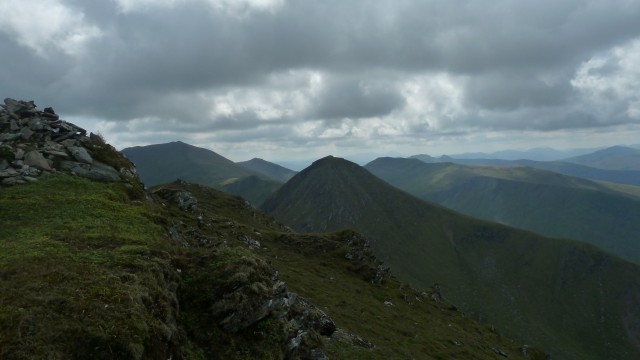 All things considered a very enjoyable walk, although maybe more like 5 hours up, two hours down and perhaps not the best for a first time Munro walker however as the weather was excellent, views was spectacular. The first two Munros, certainly not the last. Re: Meall Greigh and Meall Garbh

Hi Andy, looks like you had a good day weather wise for this one. Just 281 more to go but you've started early so no problems.