When a friend suggested Ben Vane, I remembered that the last time I did it, it was raining so hard we were soaked through by the time we got our boots on. I thought it would be good to see the view....

Unfortunately, we drove up from Kendal in unrelenting rain. In Dumbarton, the tops of the lamp posts were disappearing into the mist. It hadn't got much better by the time we reached the car park at Inveruglas. 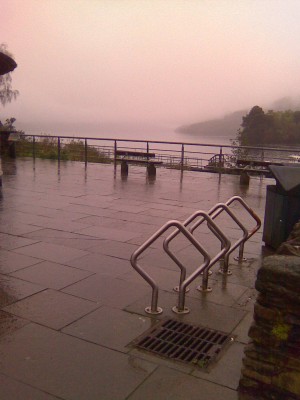 Good progress up the track and a poached swamp of a path eventually resolved into a sinuous thread which picked a way steeply up through misty crags. 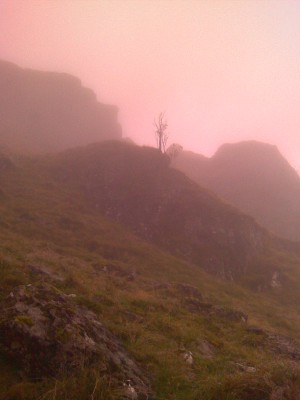 As we climbed higher, the mist lifted and Beinn Vorlich emerged from the cloud. 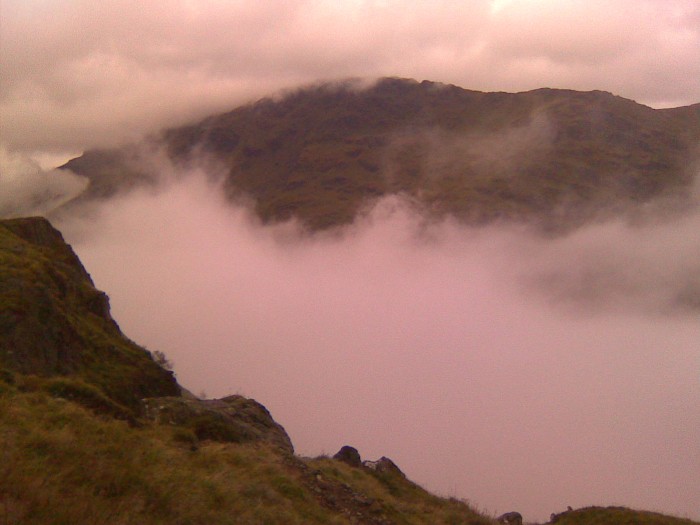 The summit had some fantastic long misty views emerged. So we got to see something after all 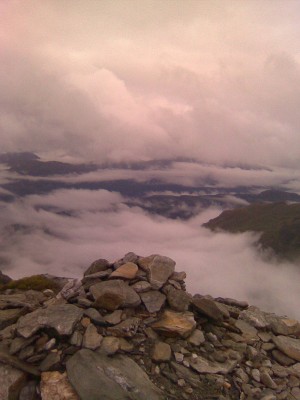 I was in new boots and feeling smug about finishing a very wet walk with dry feet. Unfortunately when we reached the bridge over Inveruglas water and home and dry we found our way blocked by a large bull standing on the bridge. The burn was swollen with the day's rain. Weighing up the relative merits of being gored to death and drowning, we went for the latter and a precarious crossing using mossy rocks and overhanging tree branches ended in a dunking. Inveruglas looked a lot better when we got back. 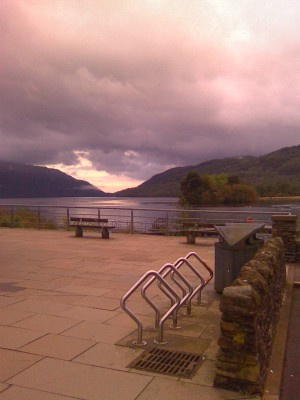 Re: The rain, again, falls mainly on Ben Vane

A favorite hill of mine icemandan. Its boggy start, hillocky ascent and falls summit. For a small hill it has it all. Shame about the boots though