Today was not a good day,the bold Ryan was back after his last outing in May so me him Ian and Jake set of at about twenty past 8 to tackle beinn a chreachain first 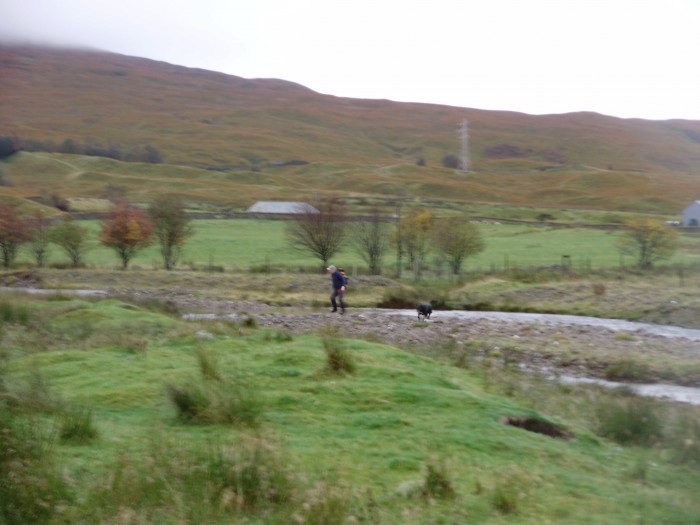 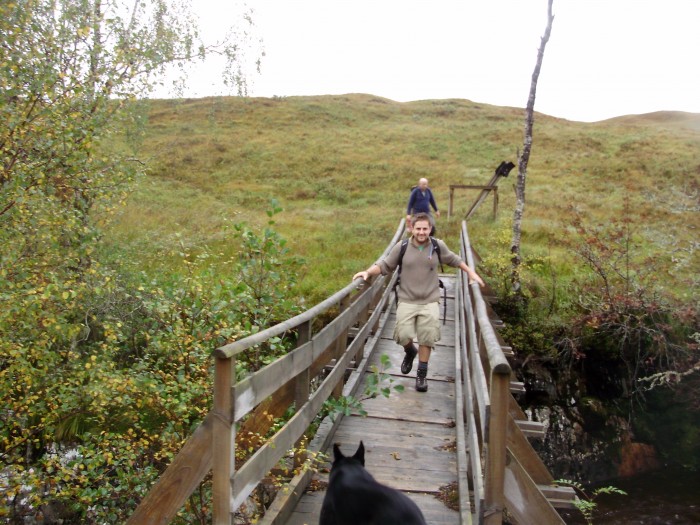 The walk along the water of Tulla was good but we knew the chances of the cloud lifting on the hill was slim,got to the railway underpass in about an hour,this area was nasty ,all sorts of beasties were at us and geeting through the wooded area was a relief ryan and ian at the lochan a'chreachain

Think we went to far up towards the lochan and then had a serious think about bailing out ,the 3 of us suffering from a lack of motivation ,decided to have a pitstop,got the soup on and set off again and reached beinn a chreachain in about 3 and a half hours Ryan Jake Ian And Pigeon on Beinn a Chreachainn

Camera went on the blink here ,probably cos it was soaked ,then we went the wrong way of the top completely missing the ridge between the 2 munro's ,eventually got to beinn achaladair in the **** rain after god knows how long

We started to head down and the cloud lifted a bit to give us a brief view of the way down which was long and boggy ,so not a good day but well done to Ryan Ian and Jake because if i had been out myself it would have been a back to the car job ,still don't feel to bad now after my chicken jalfrezi and a couple of very large malts

Aw Pigeon, you do not look happy

Everything looked so wet and boggy and dreich!!! But hey at least you carried on and your mates look like they would be great company

I always meant to ask...do you take a stove with you???

Great effort pigeon, I can understand how you might have wanted to knock it on the head so kudos to you guys for carrying on, shame about the clag but that's the Scottish weather I guess - just makes the good days even better

Cheers Chris and Polly,had a few great days in the past few months so we were due a baddie,still the gear is washed and dried now and ready for next weekend

Aye Polly usually take the wee stove and a couple of tins of heinz for the boys,perked us up a bit on saturday,put some extra pics on from ryan's mobile as well,which show that the cloud lifted briefly just after beinn achaladair and there's no doubt these would be great hills on a better day 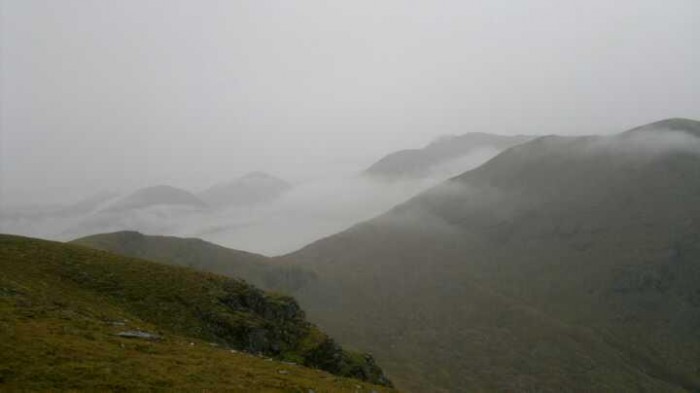 A great effort on these two hills. I know how you feel wanting to bail out early, but well done for keeping going. Love the picture of the waterfall

That's part of the trade off for me, as I do have a soft spot for a good water feature on the hills

I know how you feel guys. I went up these 2 (the other way around from you folks) in April 2007. It was fantastic, great view way up to Ben Nevis, Grey Corries etc and Dalwhinnie and the Cairngorms. So goo I twice led walking groups up there since and had to navigate in clag, clag and more flipping clag.

Good effort Pigeon. I chickened out this weekend after seeing the forecast at 2am. So well done on persevering. Might get some sunshine next weekend

Real pity aout the weather, pigeon, as you get some great views over to Blackmount and Rannoch Moor. Like monty, I chickened out of a trip to Glencoe because of the worsening weather so well done to you all.

Thanks for he comments guys,not looking good for this weekend either,gale force winds and snow

rockhopper wrote:Real pity aout the weather, pigeon, as you get some great views over to Blackmount and Rannoch Moor. Like monty, I chickened out of a trip to Glencoe because of the worsening weather so well done to you all.

Just had a look at your report Rockhopper,quite an adventure you had that day