Hello again, after a short break

I've been busy as a bee for the last two weeks so my visits on the forum (and generally on the internet) were restricted to a few quick clicks. It looks like a lot of interesting TR's have been posted since I had time to read any! Well, I'll have some time now to catch up - and not only the reading backlog, but writing my own stuff as well.
During our two busy weeks we finally finished the big house renovation. It was started in early summer and our progress was slow but eventually it's done: new floors fitted, walls and ceilings nicely white, doors and windows painted and secured for upcoming winter, and so far and so on... Apart from that, we found some time for hillwalking. Weather was unsettled, especially earlier this month, but we still managed to bag 4 Corbetts, 1 Munro and 1 quite steep Graham. Not a world record, I'm afraid, but I'll settle for this.
So, I have quite a few reports to write!
Before I climb the higher hills, let me begin with one short and easy walk in the area of Beauly. Phoineas Hill is a good afternoon stroll through nice woodland, plus some good views from the top.

our_route.gpx Open full screen  NB: Walkhighlands is not responsible for the accuracy of gpx files in users posts
The walk begins in the village of Belladrum, where there's parking space on the left of a forest track entrance (with a 'Belladrum Forest' sign). The track takes you into the woods and away from the village - nice place not only for walking but also mushroom picking in autumn 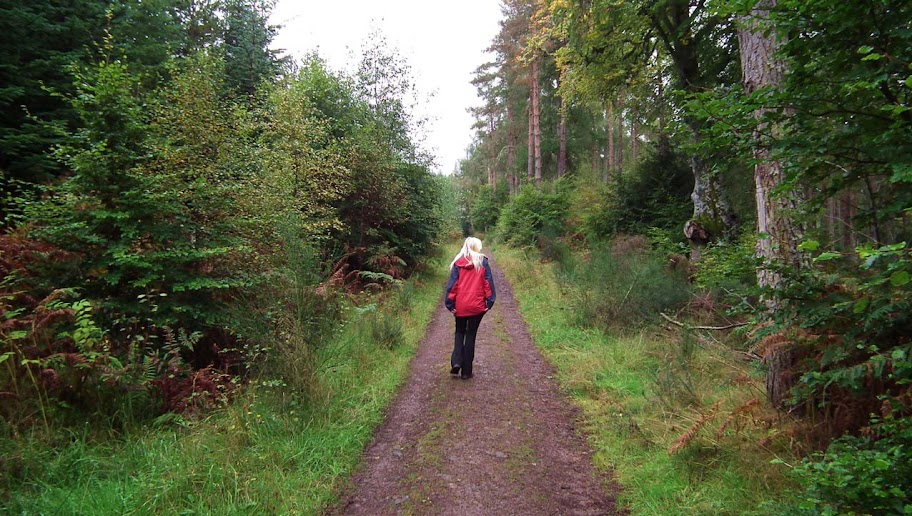 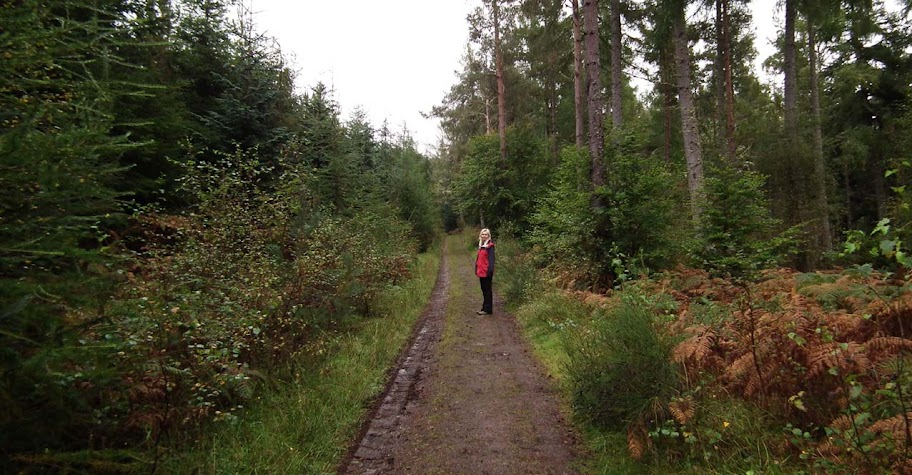 Slippery Jacks, the best mushrooms for pickling in vinegar (just peel off the skin from the cap): 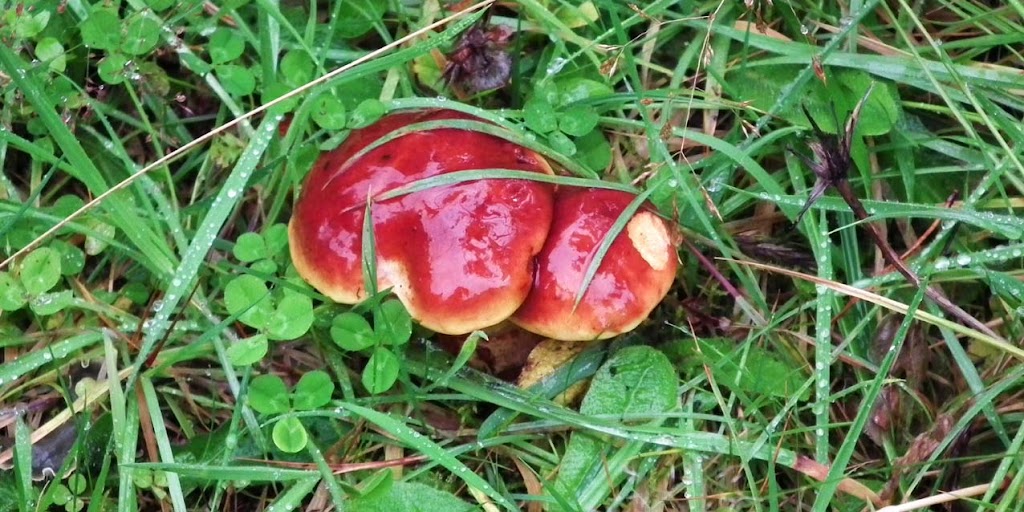 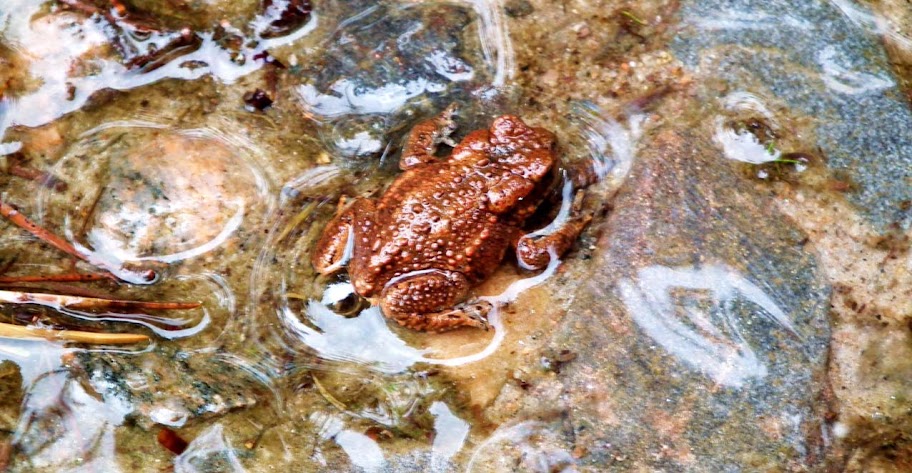 We turned left at the first junction. As we continued along the track, we had the first taste of the views to the north and west. The Corbett Beinn a' Bha'ach Ard dominated the horizon: 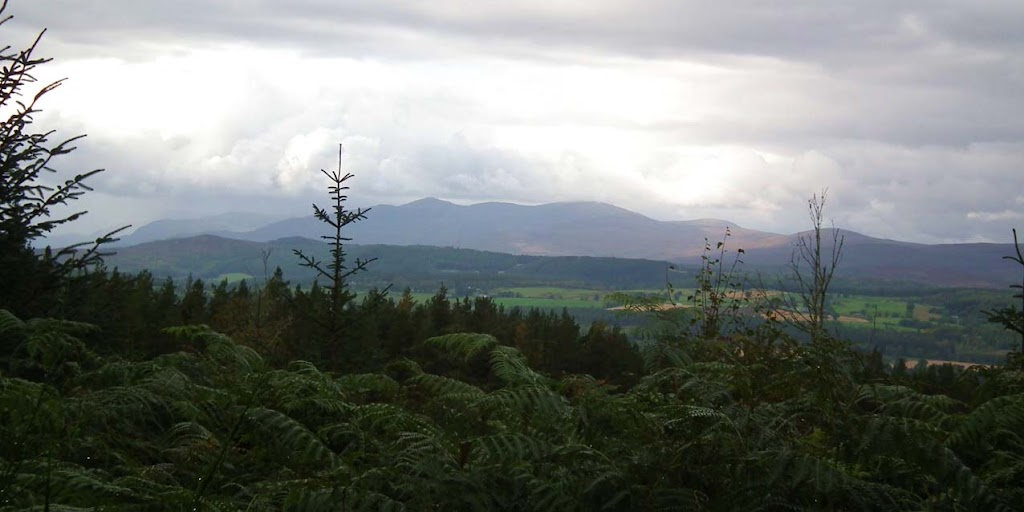 I practiced some hopping and maneuvering among puddles... 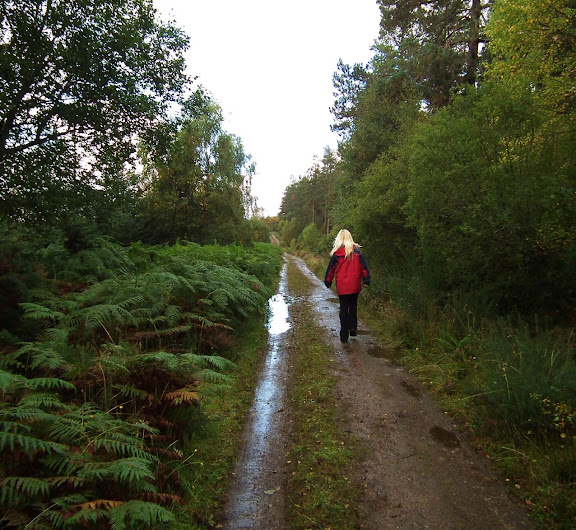 ...and spent plenty of time studying my favourite subject: 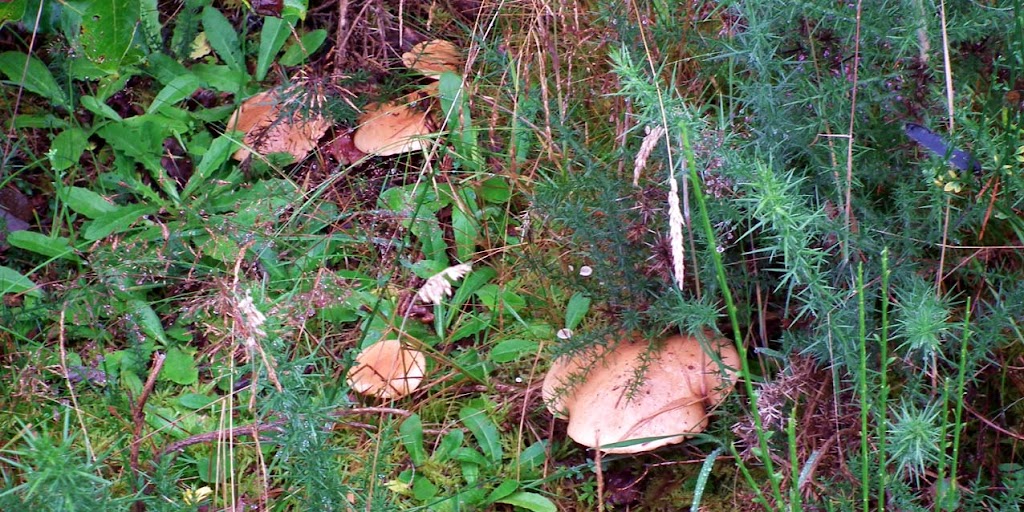 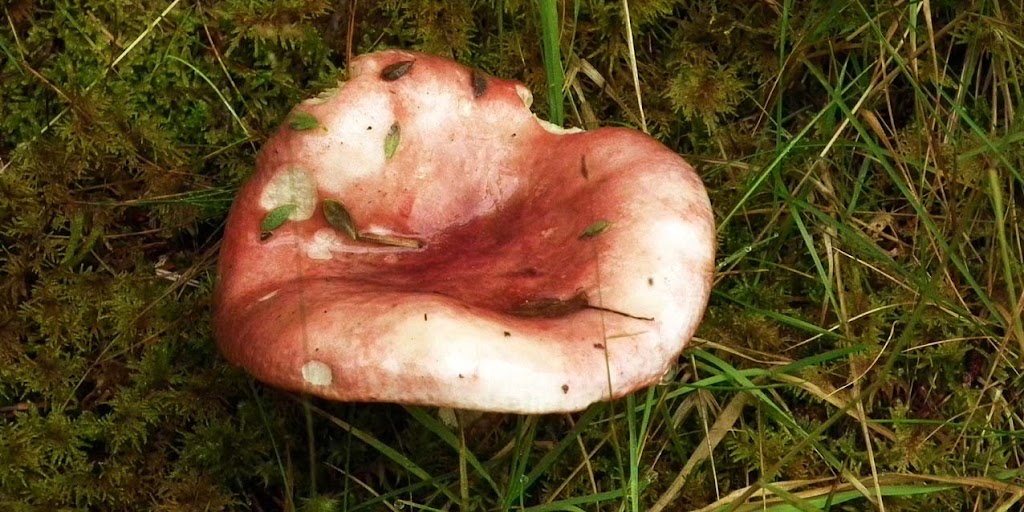 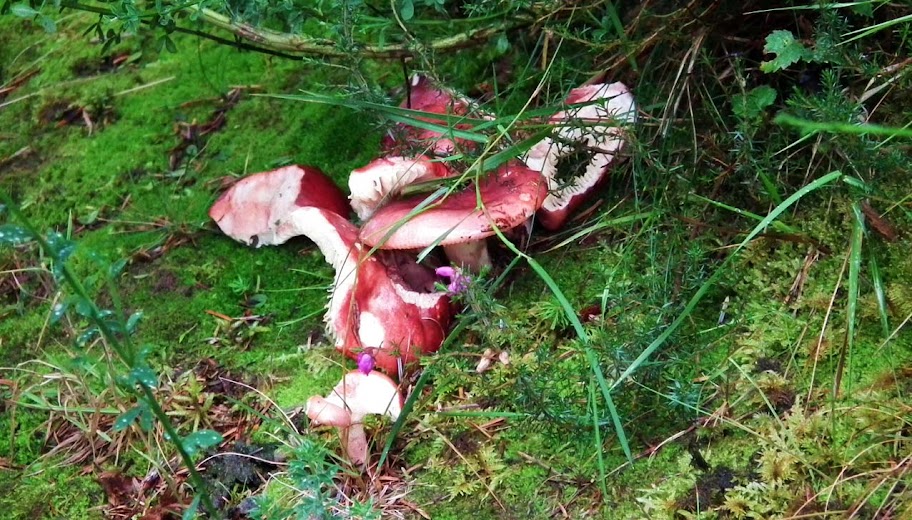 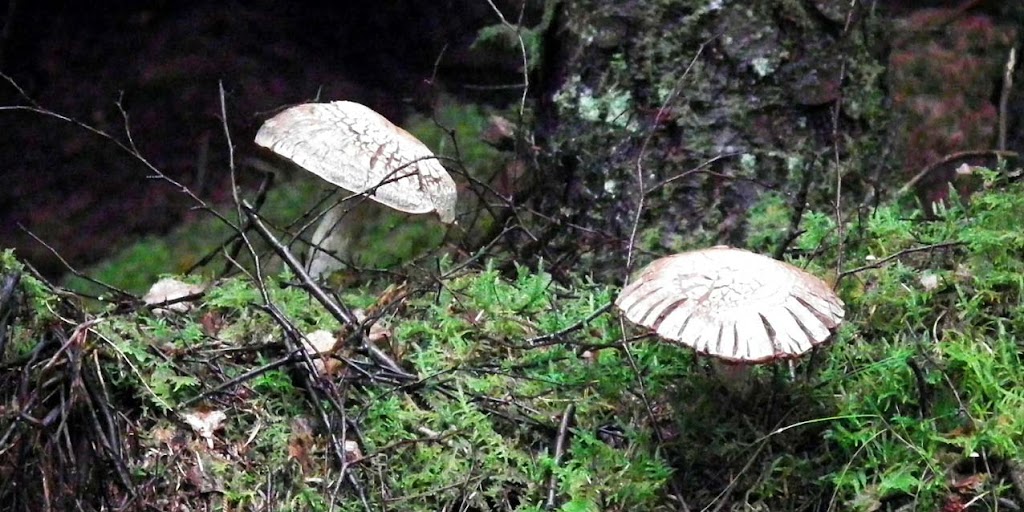 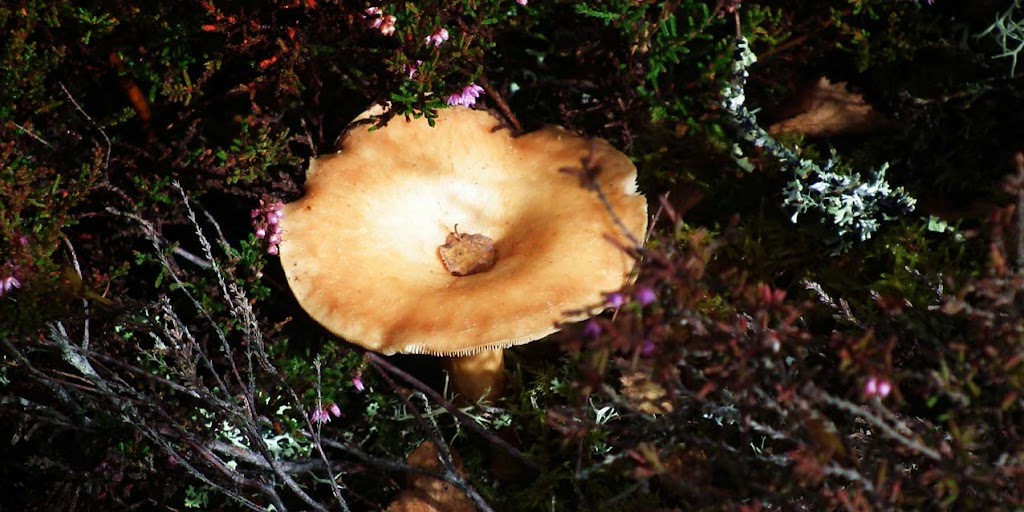 The final climb along a steep section of the track took us to the mobile phone mast on the summit of Phoineas Hill,(180m). Just behind the mast we found a large rocky outcrop which offered good views down to Beauly, Kilmorack and Balblair, with river Beauly dominating the landscape. 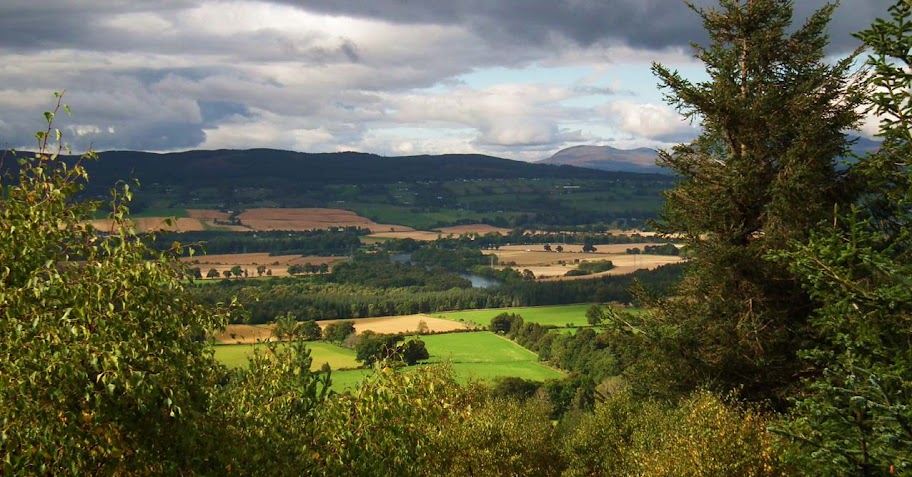 To the NW, Beinn a' Bha'ach Ard again and the very distant Affric hills (hardly visible in this picture, it was a relatively cloudy day) 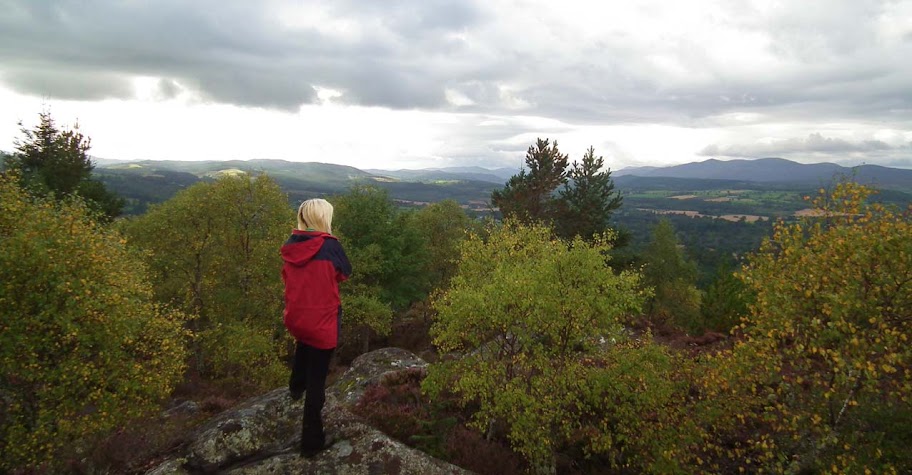 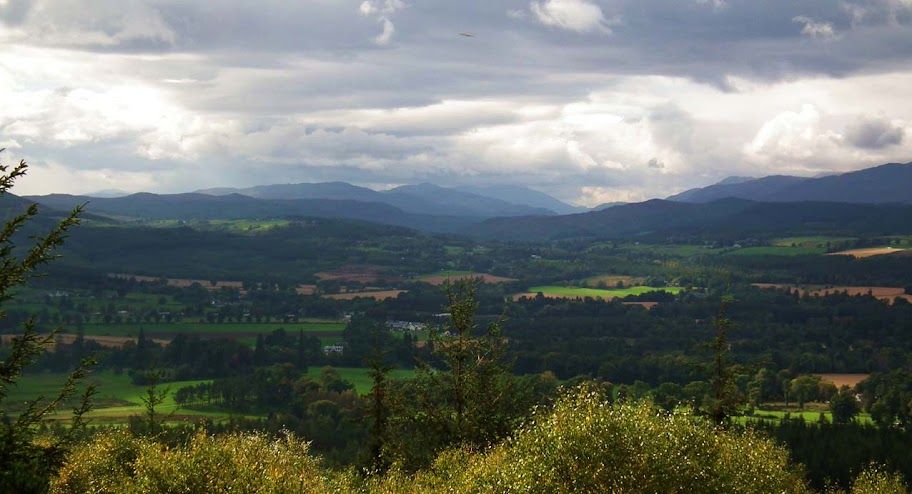 Close-up to the meandering river, with the round shape of Little Wyvis just peeking out on the right-hand side of the photo: 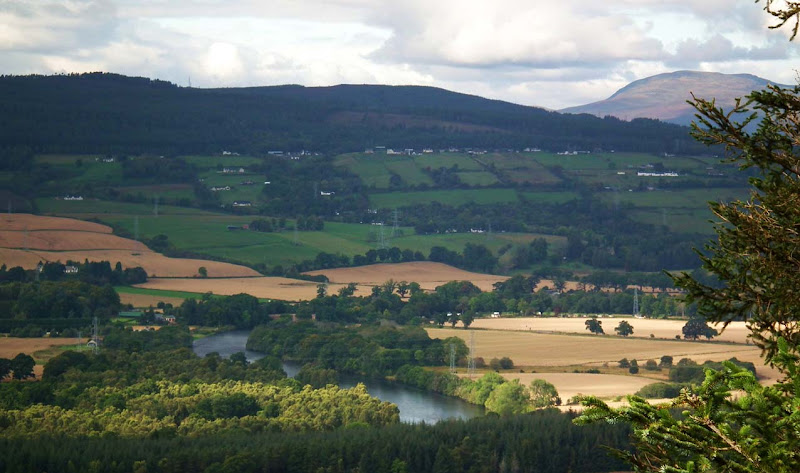 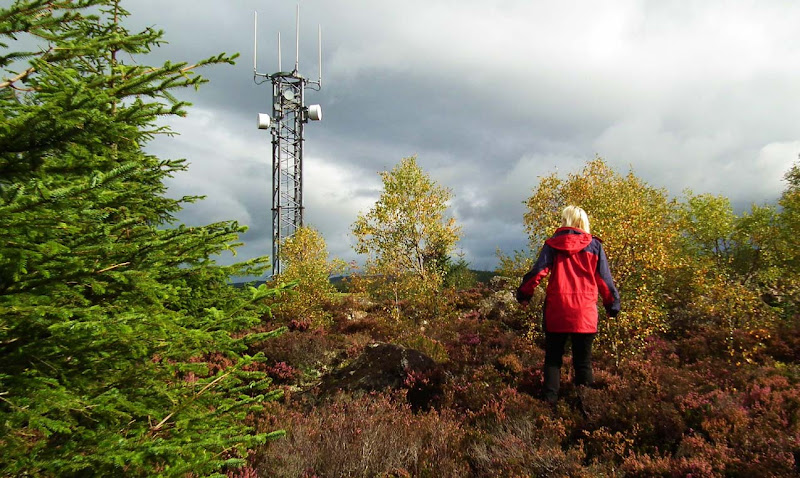 The Bigger Brother Wyvis was also there - a bit moody: 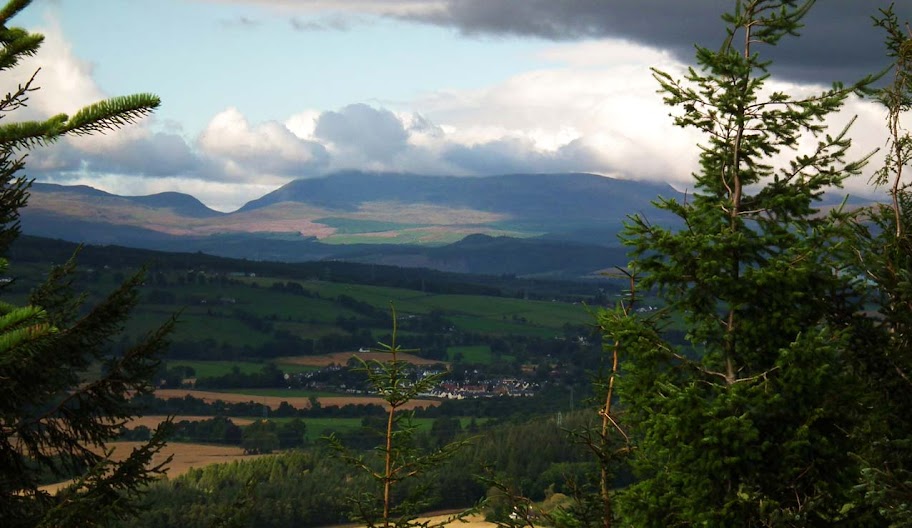 On the way back we met this little colorful fellow - the last touch of summer: 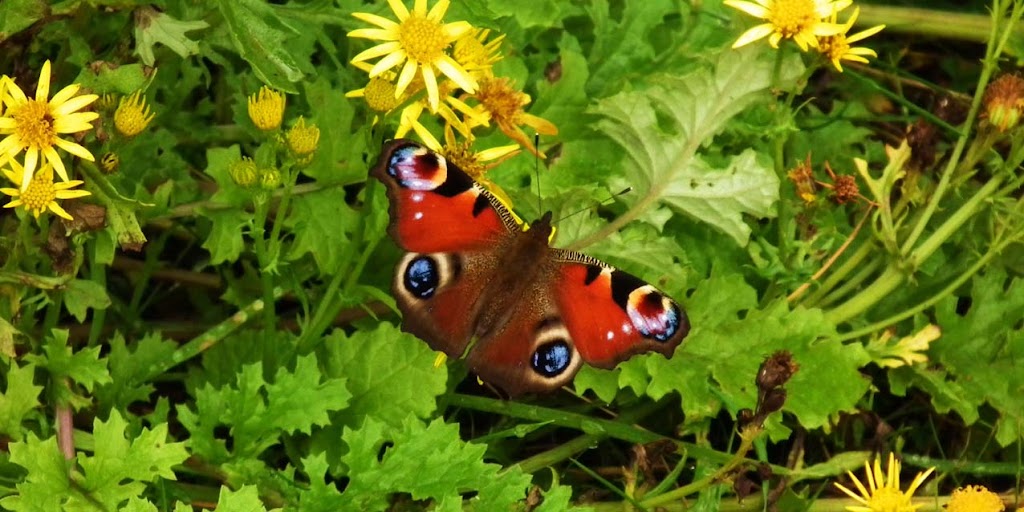 We returned to the main track and walked downhill through the forest, all the way to the Tigh Romach cottage. On the way back we encountered some more puddles... 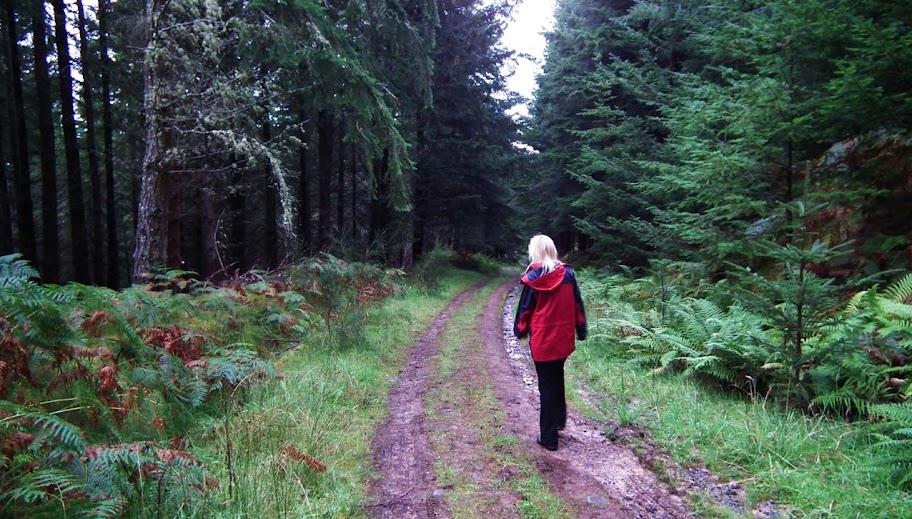 ...and a few interesting individuals... 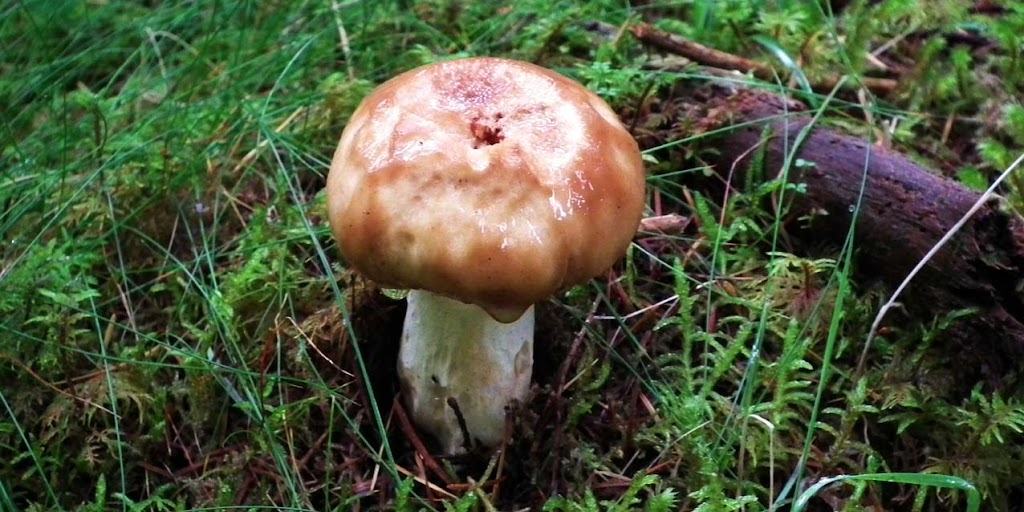 ...which we didn't pick even though they are edible (they looked so nice I just couldn't bring myself to destroying the perfect scenery

). This fungi is called "the flirt" and belongs to brittlegill family. The cap color can vary from light brown to purple-ish and the white flesh has a slight taste of hazelnuts. Can be eaten even raw in salads. One warning: inexperienced pickers could mistake it for the sickener (the name speaks for itself!). 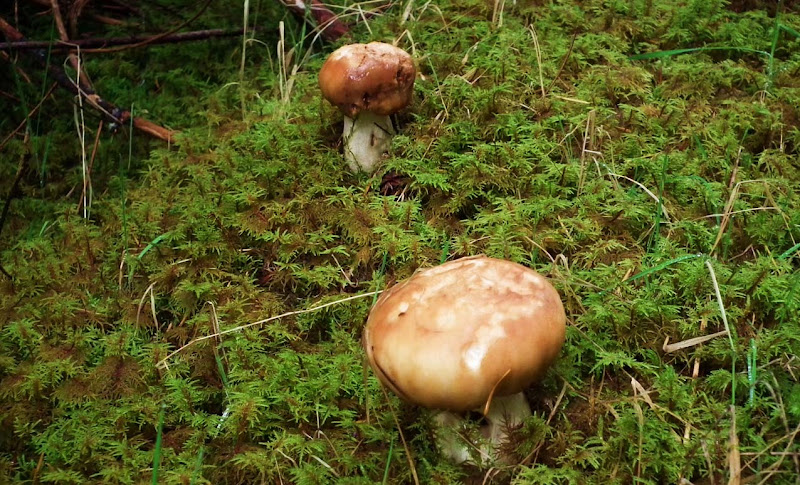 We returned to the car after about two hours of strolling through the woods. Having done my warm-up I was now ready for more challenging routes (not just up and down the ladder

Re: Phoineas Hill - an easy entrance to hillwalking

That looks a lovely little walk BP, some great views too. I love that shot of the butterfly, its beautiful