With a fresh snow fall and a few days of work Friday was looking good for a day in the hills. My original plan was to do the 2 Munro's next door Beinn a Dothaidh & Beinn Dorain but decided to meet up with Duggie12 who had posted on WH instead agreeing to meet at the car park about 8am. Weather forecast was for the wind to ease later in the day, I was expecting it to be windier in the morning so decided to wear my heavier winter clothes ( Keela Munro jacket and salopettes ) which seamed a good idea Thursday night but the extra weight did me no favours today. 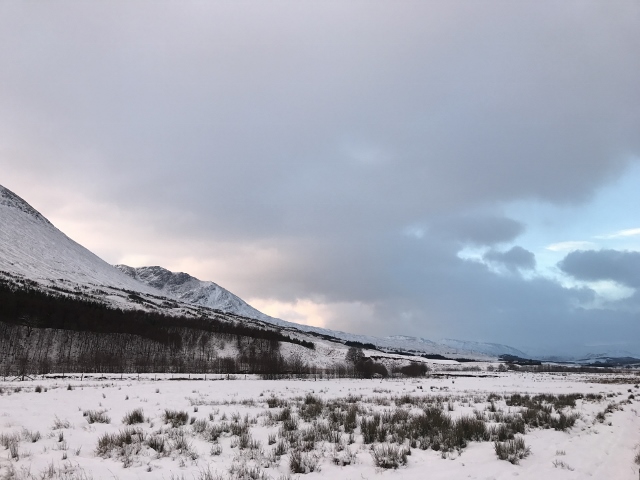 the walk along the farmers track was flooded in places

With the bridge crossing down we had to walk a wee bit further upstream to cross the river, then under the railway line and follow the dear fence up. We had missed all of the snow showers that morning and it taken us the best part of over 3hrs before we started to make any height. snow shower began as we started to gain height

. It had been slow going all morning ,which was probably my fault as my heavier clothing and bag compared to Duggie's was tiring me down more than usual. I tend to walk warm , I'd got some new stuff from Paramo ( windproof hoodie and windproof jacket ) I'll just have to wear that next time. Anyway the weather closed in by the time we reached the ridgeline along with a strengthening wind and we headed of to the summit. Duggie on top of Beinn Cheachain 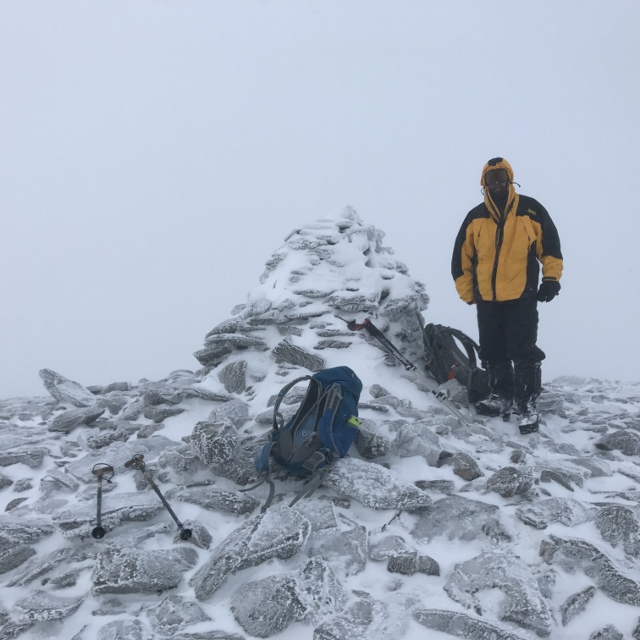 We didn't stay long at the summit and so headed of towards Beinn Achaladair .The showers cleared agin on route. Coming down off Beinn Chreachain

We stuck to the WH route and the ridgeline as the ground was scoured and easier to travel across and navigate over . . By now the weather was clearing up again and we reached the summit of the 2nd Munro just after 3pm with some excellent views. looking back towards Beinn Chreachain

best view of the day towards the A82 and loch Tulla heading off the 2nd summit . We decided at this point we would break from the WH route and cut straight down into the glen further along if the terrain allowed saving us time and allowing us to complete the route in daylight (just) . So yeah it was a mixed day.. didn't enjoy the long walk in to the 1st Munro but once up I did enjoy the day , maybe a bit too slow for Dougie but I'll need to reduced my kit weight without compromising my safety..
Click to mark this as a great report. Register or Login free to be able to rate and comment on reports (as well as access 1:25000 mapping).


Sunrise at the Old man of Storr

Finally... a walk in the sunshine