It has taken me rather a while to compile a report on this. However, given that it is Easter Sunday in the 'lockdown' and I have already taken my daily exercise, I thought "why not give it a go?". So here it is, my report on our holiday in August 2018

After a rather unfortunate holiday in Austria the previous year when the rain certainly was 'King', I thought long and hard about where we might go this year? After deliberating on this for quite a while, I agreed with my wife, Catherine, that we should try somewhere completely different to where we had been before. Bear in mind, that we like to walk 'up hills and down dales' and that in past few years we have chosen to travel by train, which does impose a little restriction on us. I alighted on the Allgau Alps as somewhere we might like to try, and in particular the village of Oberstdorf, in the very southern part of Bavaria, Germany.

I knew nothing about Oberstdorf at first - except how to get there by train. If you are interested - and I would very much hope that you are - it is 2 hours south of Stuttgart station passing through Ulm and Kempten. Let me assure you, it is a delight! We spent a week there, walking somewhere different on each day. It could easily have been longer...

On our second day, we decided to walk down from the highest mountain in the Allgau Alps, Nebelhorn. "Walk down??" I hear you say. Please bear in mind that I have a stroke. So please... cut me some slack! We ascended to the top of Nebelhorn, eventually, using the cable car on the eastern side of the village. 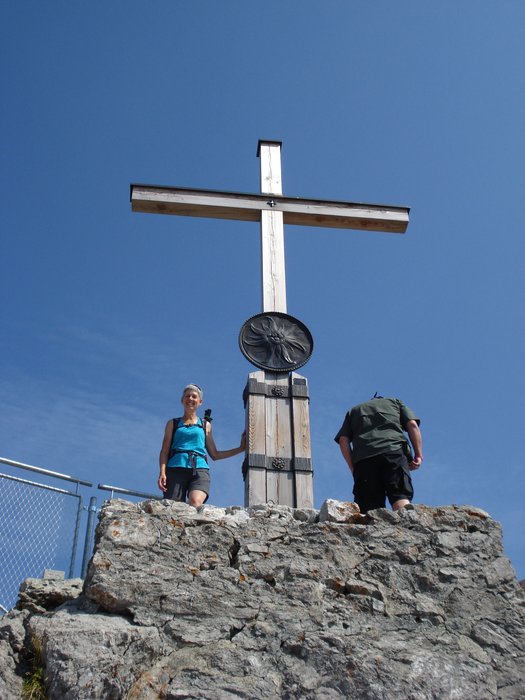 Catherine at the top of Nebelhorn

The views from the top were magnificent and truly stunning. 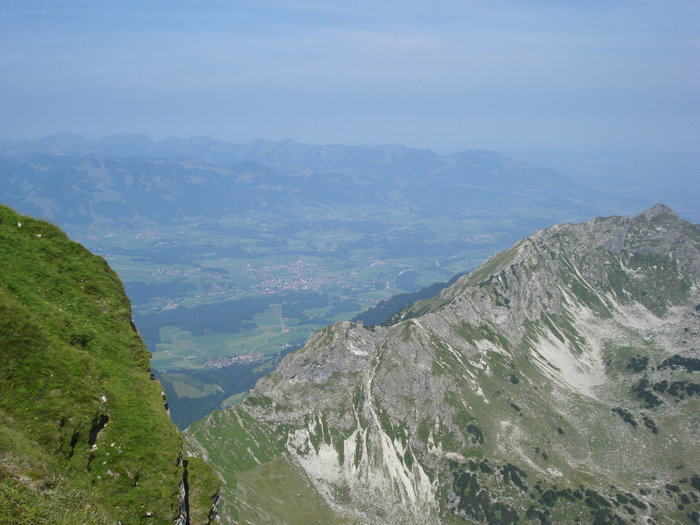 Looking out over the Iller valley Catherine admiring the view to the east.

After pausing to eat some apple strudel it was now time to descend. What comes up... must come down.

You can tell that is not too difficult to descend this mountain. Nice, clear paths, broad enough to walk side by side. However, this doesn't mean that it is easy. Far from it. The strain is in the calf muscles, especially after descending for over 1400 metres. 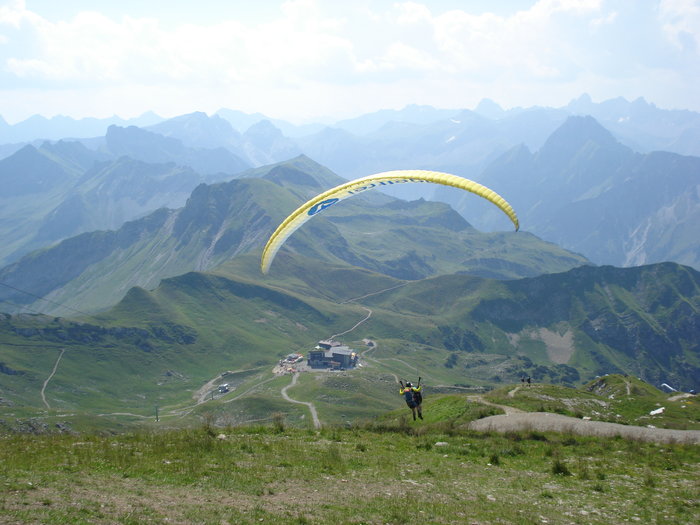 We paused at this point and went to look down at the next valley, which houses a small lake known as Seealpesee. The view down to Seealpesee.

This is the start of an alternative route back to Oberstdorf. However, we chose to stick with the route we had initially planned and returned to our original descent. May be later in the week, perhaps, we could try this route? Starting the descent from the Edmund-Probst Haus cable car station.

This was by far the steepest part of the journey. We took this very carefully but eventually, after an hour and a half, we reached the first cable car station, the Seealpe station. 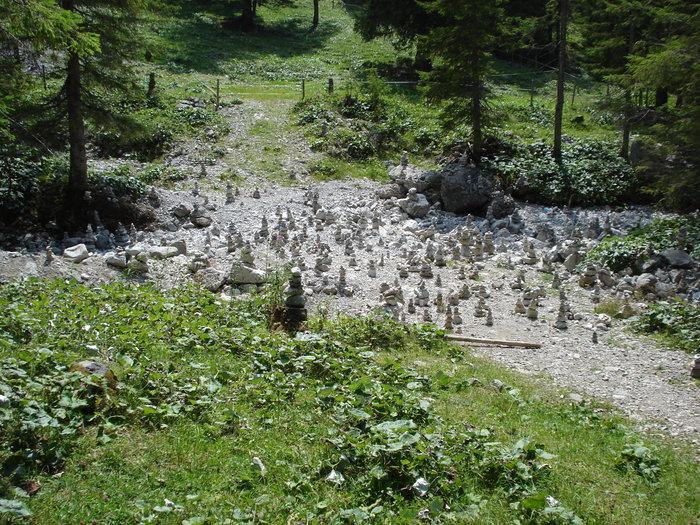 Piles of pebbles. Those crazy Germans! View back up to the Edmund-Probst Haus cable car station.

The worst part of the descent was behind us now. The rest of the journey was made quite serenely, with just a few aches and pains to keep us going. 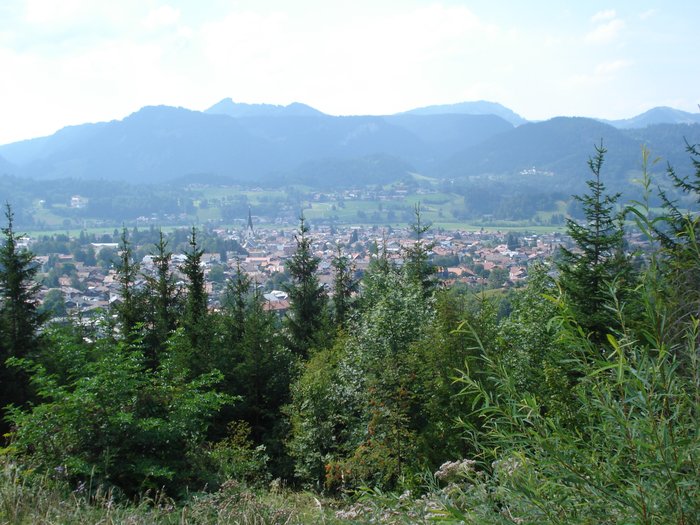 Eventually, we made it back to Oberstdorf. Tired? Certainly. But a nice refreshingly cool beer certainly helped to restore us!

At just 2,224 metres (7,2974 ft.) Nebelhorn is not exactly high. Nor too are the rest of the Allgau Alps. But this is a marvellous place to go. If you haven't there why not give it a try?
Click to mark this as a great report. Register or Login free to be able to rate and comment on reports (as well as access 1:25000 mapping).


A Journey Down the Outer Hebrides