I'd originally planned a walk near Bridge of Orchy, but looking at the weather forecast the prospect of a cloud free summit was slim, so we decided to head further East.

The choice of where to go was mainly determined by what maps I had on my bookshelf. Having previously done the hills on the Western side of Drumochter I had a map that covered these hills, so Carn na Cairn and A' Bhuidheadnach Bheag is was. 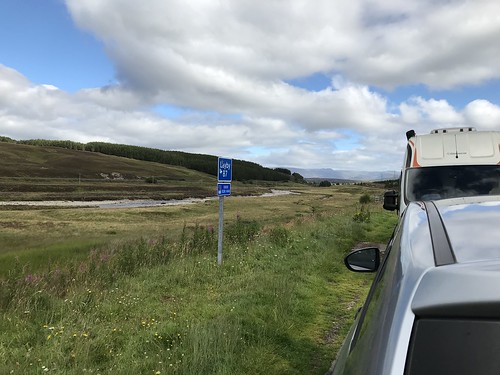 We parked up in lay-by 87 at the back of 10am and caught a break in the traffic to cross the A9.

The track up the hill really is an ugly scar on the landscape. 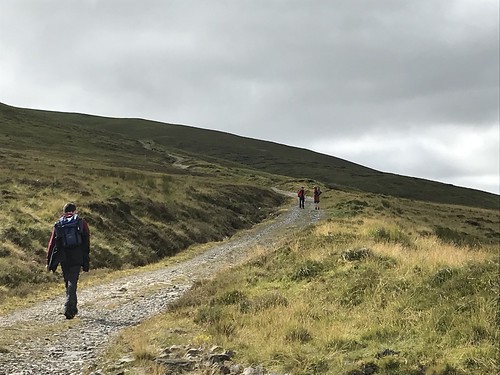 Looking West to Geal Charm and the great dome of Sgairneach Mhor, the hills are equally scarred by tracks. Fortunately, if you lift your gaze a little the view is "rescued" by the magnificence of Ban Alder and the hills on the far side of Loch Ericht. There were even still some snow patches visible. 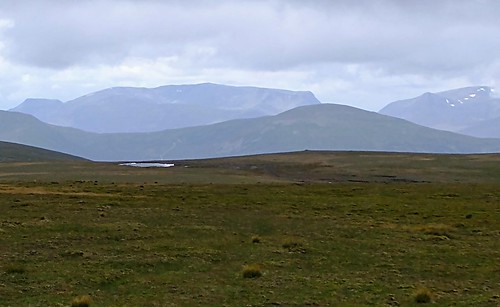 The track was a lot steeper than we anticipated. One of the problems of being able to Zoom in on a map on your computer is that it stretches out the contour lines and distorts your sense of the gradient. We reached the plateau after about an hour of wlking and headed north toward Carn na Cairn. We headed for the sport height of 914m before turning toward the actual summit. There are some large areas of big, but these are easily avoided. When we reached the summit one of the guys commented that this was the most un-Munro like Munro he'd ever been up. I mean, how many Munro summits have sheep on them? 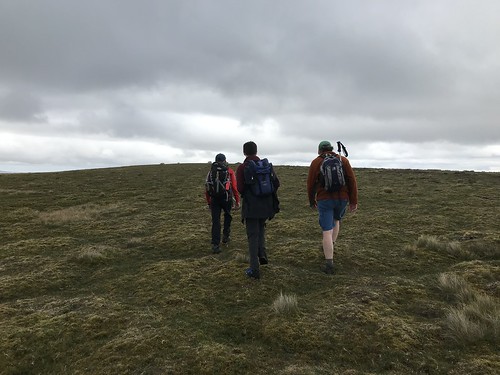 (Heading to the spot height) 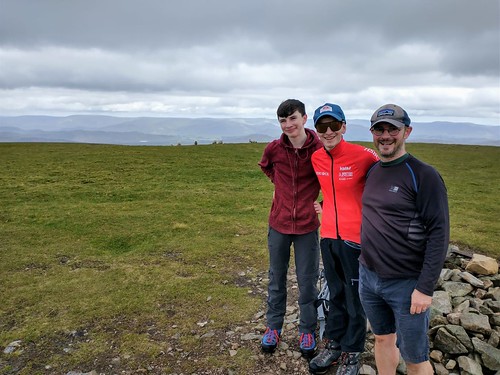 (At the summit of Carn na Cairn with the sheep in the back-ground).

After a brief stop for some tea / coffee we headed off again. To get back to the track we followed closer to the old fence line.

At A' Bhuidheanach someone has made a large arrow out of stones to point to the path. Without this it would be easy to miss this junction. 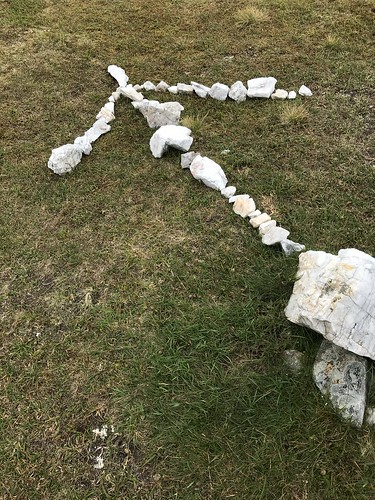 After crossing the burn at the bottom of the drop the trig point of A' Bhuidheanach Bheag comes quite quickly. 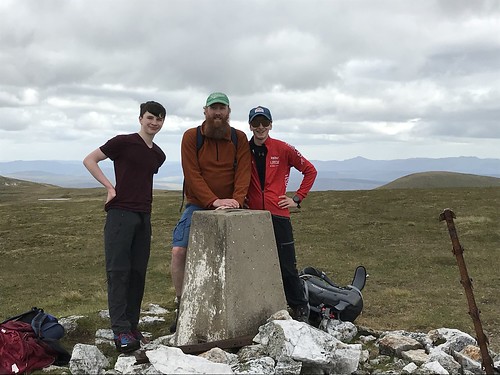 There is not much / any shelter at either summit, so on a windy day neither is a good place for lunch. However, the weather was good, despite the menacing black clouds over Ben Alder, so we enjoyed a spot of lunch at the top before heading back down the track.

There is not much to say about the decent apart from it is amazing how far the sound of a motor bike on the A9 travels. On the way down rows of shooting hides were visible. We'd not noticed these on the way up, but seeing them on the way down reminded us that while the hills seems wild they are a managed environment.
Click to mark this as a great report. Register or Login free to be able to rate and comment on reports (as well as access 1:25000 mapping).


When is a gate not a gate?

How do I get down from here?