Reached Glenshee just before 7am, parked the car just before the ski centre, at what would be the endpoint of the walk later on, did a short but misty cycle down to the layby beyond the Ski Centre, to start the circuit. I started walking at almost exactly 7 am, the weather was perfect, a little bit of mist lower down, but the sun would surely make short work of that. After a very pleasant if somewhat brisk climb I reached Carn an Tuirc at 8am, The view across the plateau and back down to the road were stunning, the cloud sitting downs in the glens just looked amazing. 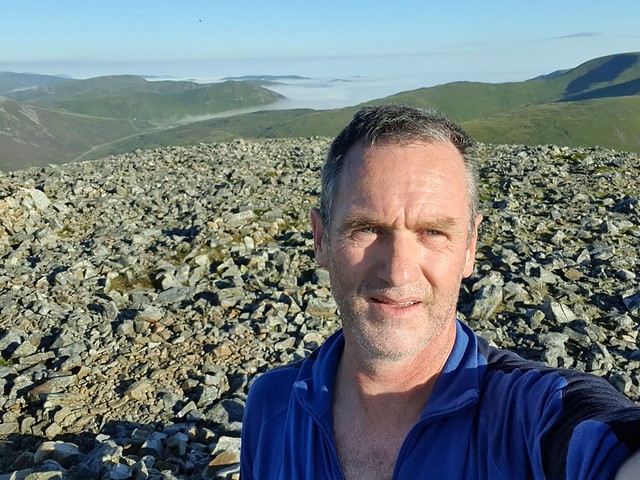 I quickly set off across the plateau heading towards Tolmount. Thankfully it wasn't as boggy as I'd fear, despite the storms earlier in the week. The path to Tolmount wasn't wonderfully defined, but with good visibility it was an easy jaunt across, I reached my second summit of the day at 9:11am. The view into Glen Callater was amazing, and to the southeast towards Corrie Fee and Glen Doll was breathtaking. 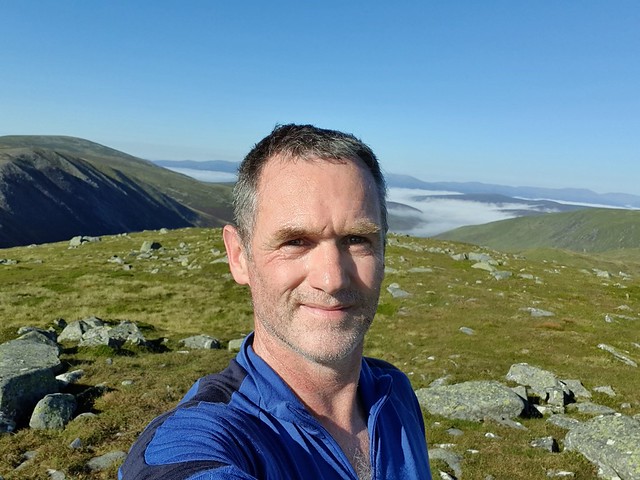 I quickly made the short traverse across to reaching the third peak of the day at 9:37 am. 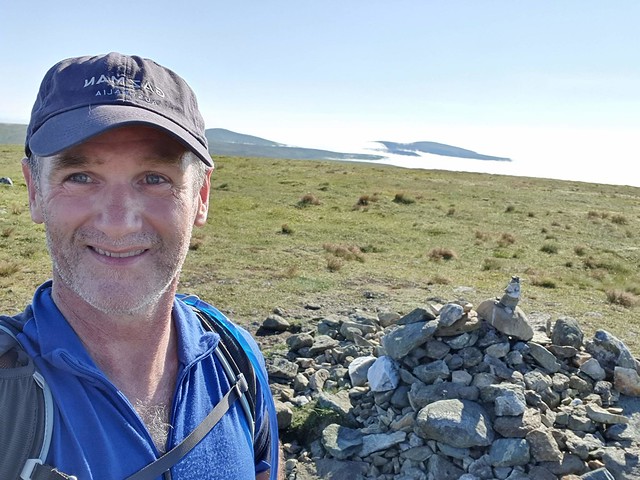 Having planned this day well, and having read reports I was expecting a long day, but somehow I was halfway through my 6 Munro target in just 2 and a half hours. And this is where my day took a turn for adventure. Standing at the Summit of Tom Buidhe, I could see the top of Corrie Fee, and Mayar to my South East.

Two big underestimations, 1 what looks close in good visibility isn’t always as close as you think, and 2. Walking across peat bogs will always be way slower and way harder than you think. A third underestimation was the weather, whilst it was perfect on top of Tom Buidhe and the earlier summits, I could see some clouds/mist down in the glens, but hey, it’s still early the sun will burn all that off. Alas pretty soon, the South Westerly breeze started to lift the mist up from the Glen Isla and other onto the plateau, within 20 minutes of leaving Tom buidhe is an south Easterly direction my lovely view of Mayar, vanished.

Eventually, after a few mis-directions, which I'm blaming on poor visibility and lack of faith in my compass bearing, I reached the top of Erne Craigs, not really where I'd been aiming, but I was able to adjust south westerly then south and finally, I finally joined the standard Mayar and Driesh path and eventually reaching the summit of Mayar at 12:17, almost 3 hours after departing Tom Buidhe. It was definitely time for lunch. I was pretty tired from the 2 hour bog-trot and ascent of Mayar, met two lovely ladies from Kirriemuir who had just bagged their first ever Munro, Wel done. After a quick bite and hot drink, I headed off for Driesh summiting at 13:07. Unfortunately, the beautiful Corrie Fee wasn’t to be seen from either Mayar or Driesh 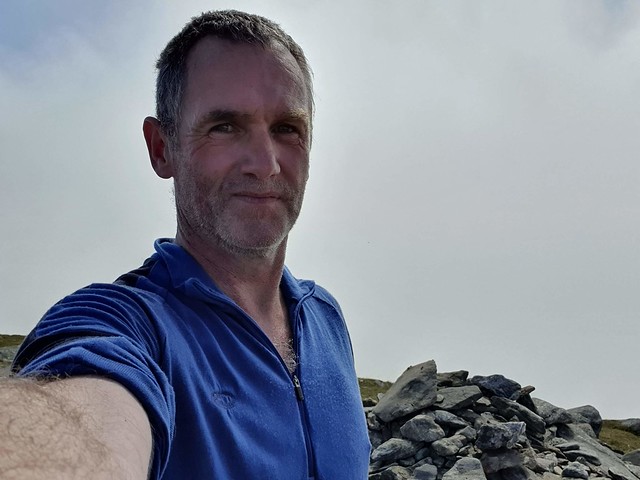 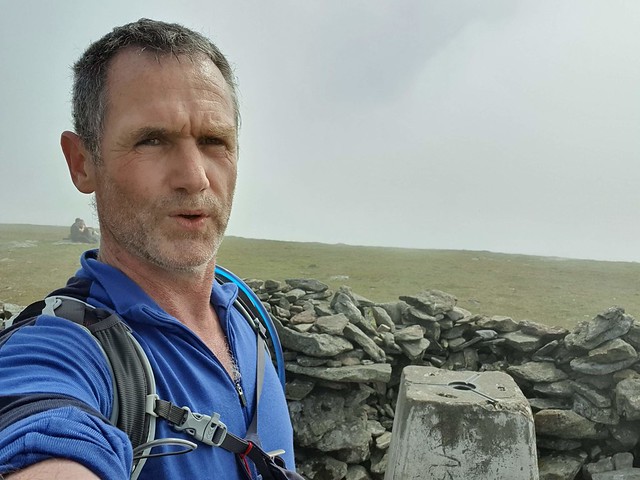 Then the long walk back, up Mayar again (does that count as doing 9 munros) and then back in as straight a line as possible to Tom Buidhe, but veering west before going up its summit to try to head for the mid-ground between Tom Buidhe and Cairn of Claise. Some of the ground I covered was 100% bog, very hard going, plus the visibility was still very poor, and straight lines are not possible across bogs and peat hags. I skirted closer to the edge of Canness Glen that I had intended, but eventually I was back on a route that mapped out. On the plus side on the way back from Mayar, I saw hundreds of voles, even managed to step on one, but thankfully he was ok, ran away as soon as I lifted my boot, and saw an Owl, think it was a short-eared owl, the first time I’ve ever spotted an owl on the wild. Also found a complete dear antler, which I took home for my dog (they are crazy expensive in a pet shop).

Finally and total exhausted by now I was very relieved to be on “path” between Tom Buidhe and Carn of Claise, I headed straight for the the summit at reaching it at 17:03. 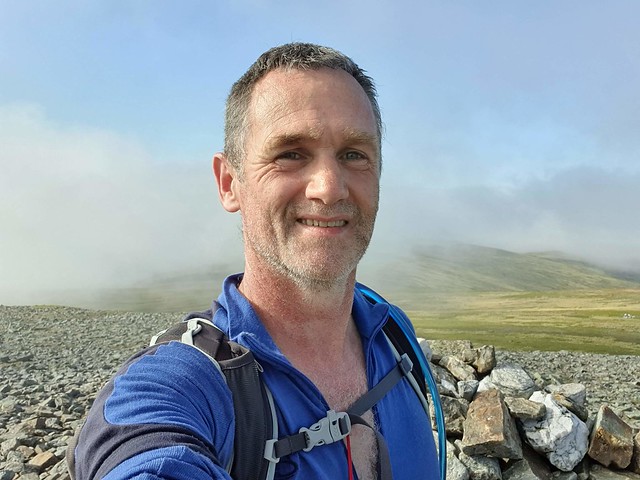 This was now 6th Munro of the day, but I finally achieving the planned 4th some 7.5 hours after my 3rd. Stopping only for a quick pic, from now on it was mind over matter and head down and carry to complete the circuit. Glas Maol was achieved at 18:02, and on there saw my first ever Fog-Bow. 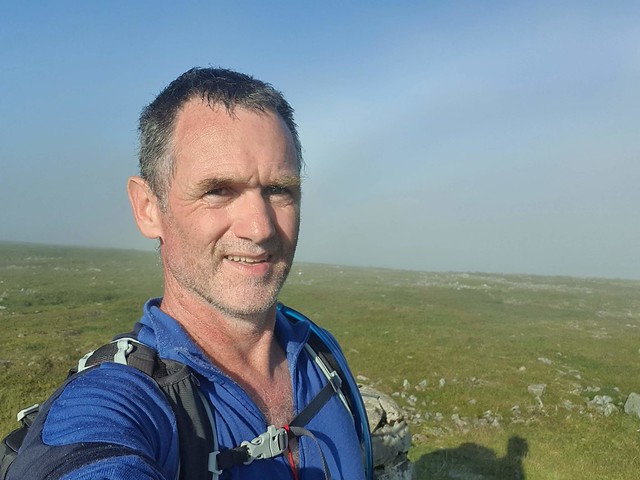 Then onto Creag Leacach reaching the summit at 18:50. By now there was next to no visibility, and the descent down was through full-blown fog, a long slow descent, although I suspect that with fresher legs it would not have been so bad. My foray to The Glen Doll Munros added 7 hours or so to my day. 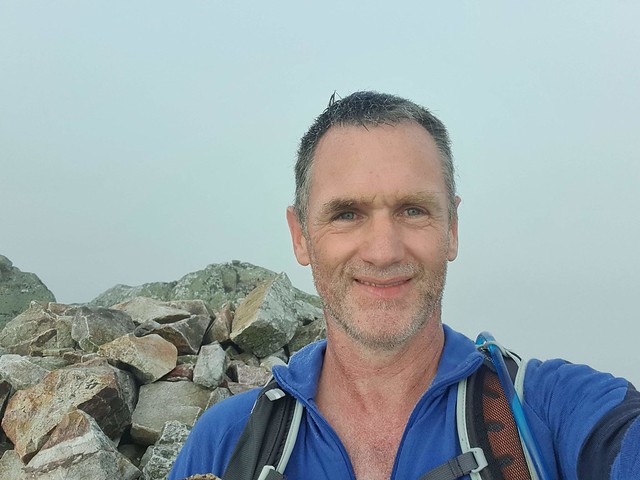 Advice: do the research, make a plan, STICK to the plan.
Click to mark this as a great report. Register or Login free to be able to rate and comment on reports (as well as access 1:25000 mapping).