We did a variation of this walkhighlands route on Friday 2 May. The intended track (from the East Gate, part of the Rob Roy Way) was closed with a signed diversion onto the track on the left described by another user (U059361) which ascends higher up the hill. We reached the end of this track with no difficulty. From there a path / ride takes you through a break in the forest. Here there were many fallen trees across the way in several places which were difficult to negotiate especially as the forest either side of the clearing is quite dense. 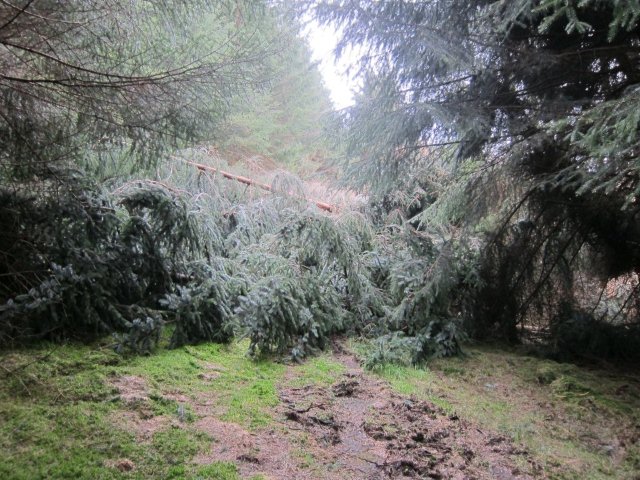 Anyway we persevered and eventually the path opens out again with excellent views of Loch Venachar and Ben Ledi.

We chose to further extend the route by taking the footpath along the north shore of the lochan and then finding a way through clearings in the forest (uneven terrain with no path but interesting) to eventually rejoin the track and the route described.