Holiday Monday and I am joined on walk by my son Craig again, who due to work committments hadn't been out for a few months....so thought I would get his hill count up a bit by doing Carn Mairg Circuit, and left home at approx 6.40am for the journey to Inverar and arrived at carpark area (NN666482) just after 9.00am, setting off through gate on to track at approx 9.15am 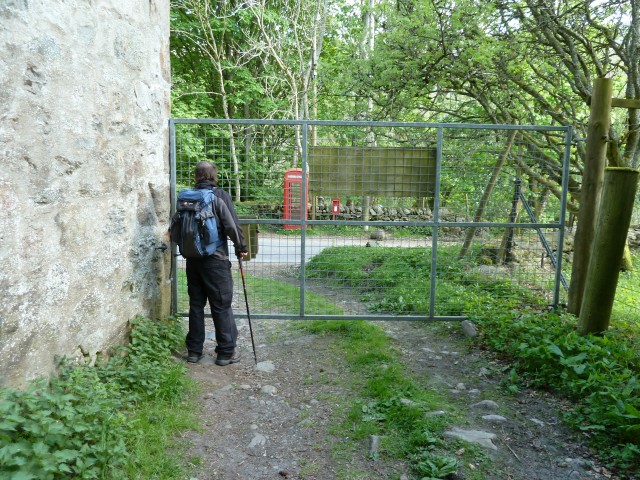 Gate opposite phonebox in Invervar

..there's a further two similar gates to negotiate via styles before entering wooded area.....Continue on well defined track until you reach the metal bridge at (NN659494) 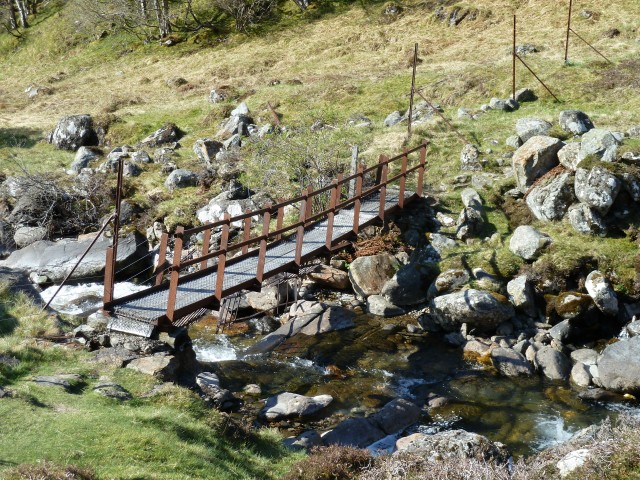 ...eventually the assent steepend but summit was reached in reasonable time 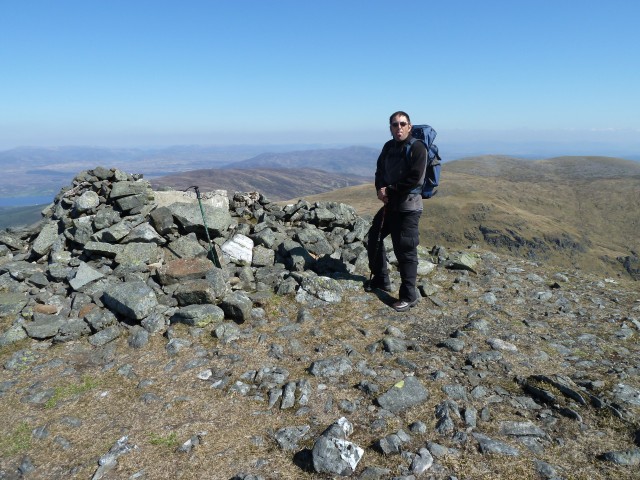 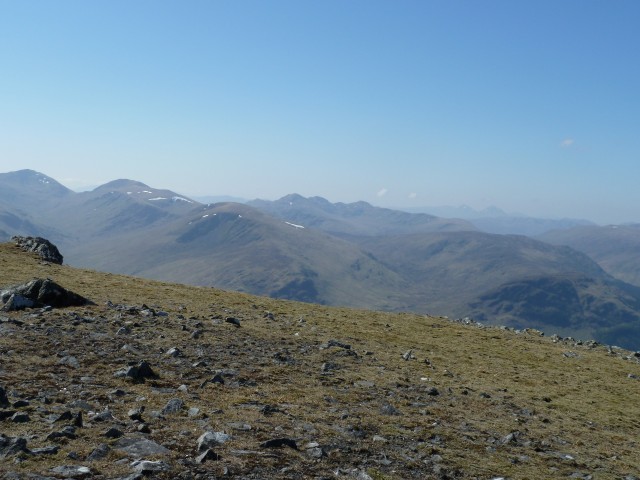 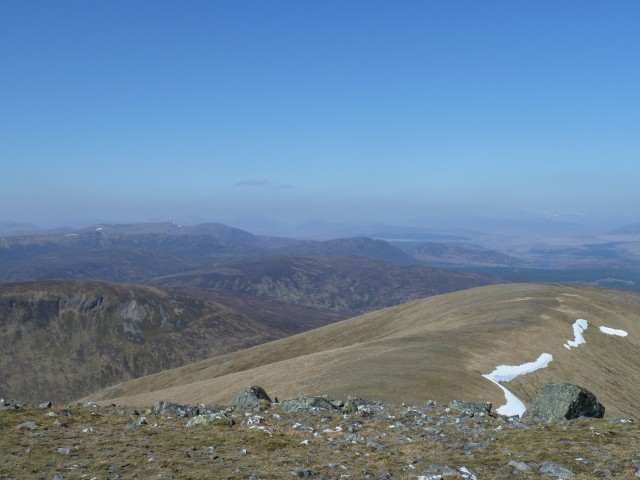 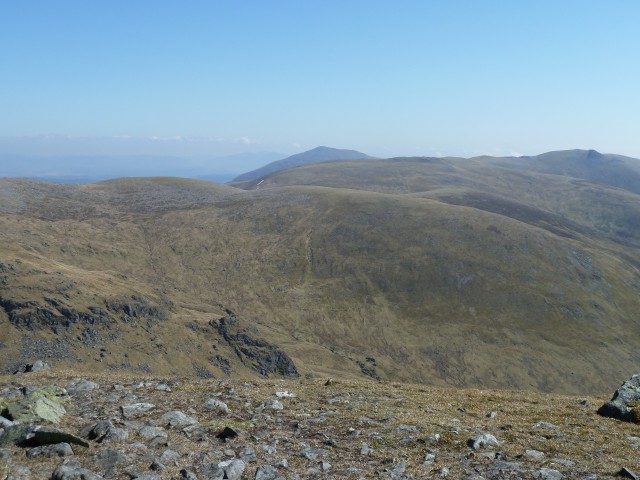 View down to Loch Rannoch

...When we set off again we took recognition of report noting the summit of An Sgorr could be missed by passing to left hand side (so we did) there was defined track totally skirted round the hill and joined track up to Meall Garbh. 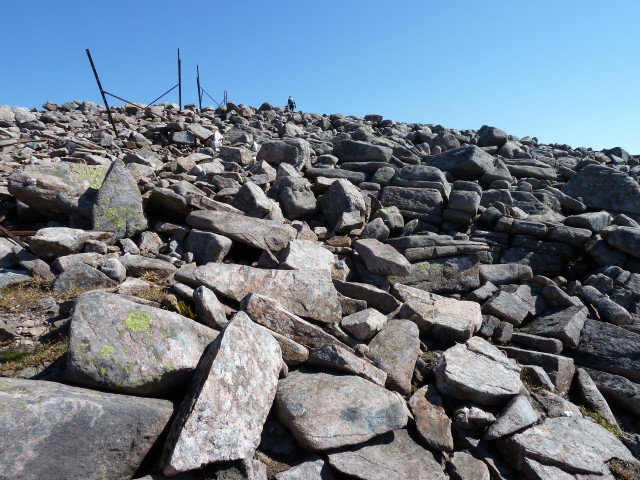 and on reaching 2nd summit of the day it was time for a well earned cuppa. 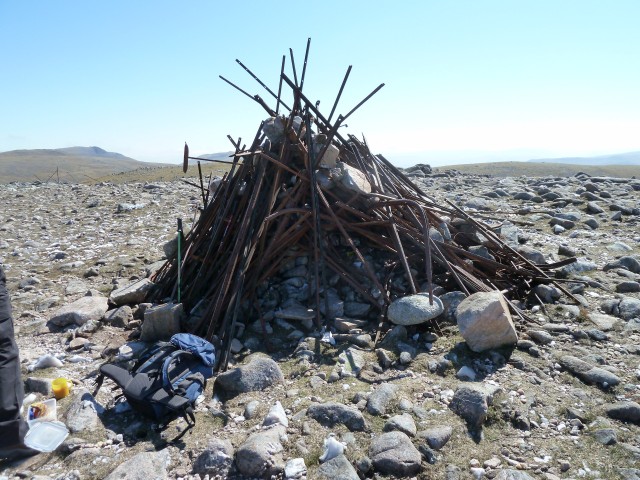 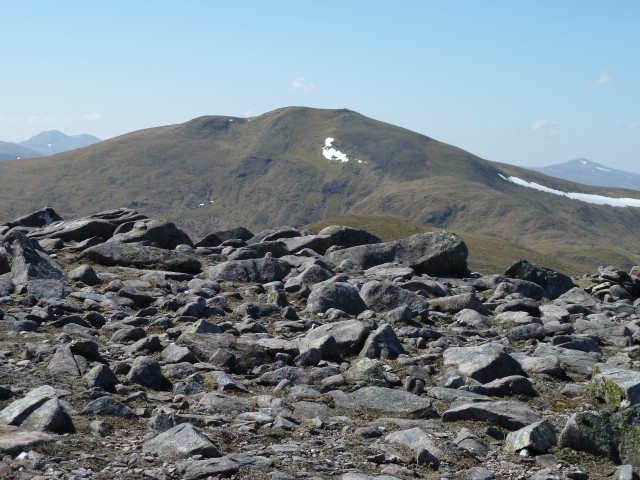 Back to Carn Gorm summit 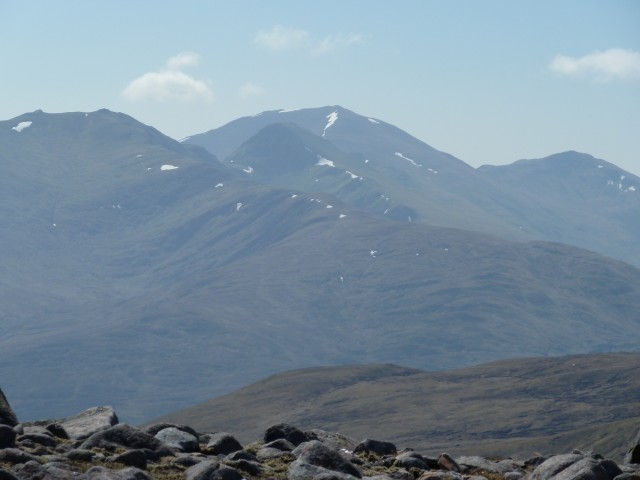 Soon we were on our way again following the lesser defined fence line that dropped off to the left and after a short while had reached our 3rd summit of the day (Meall a' Bharr) we were flying (or so we thought)....the track was so easy to follow, with little need to check GPS... we were actually treating this summit as being our 3rd Munro (I'm sure many other have made same assumption)..so without haste we were off again with the thought of one to go. Looking back at Meall a'Bharr (not Munro) summit 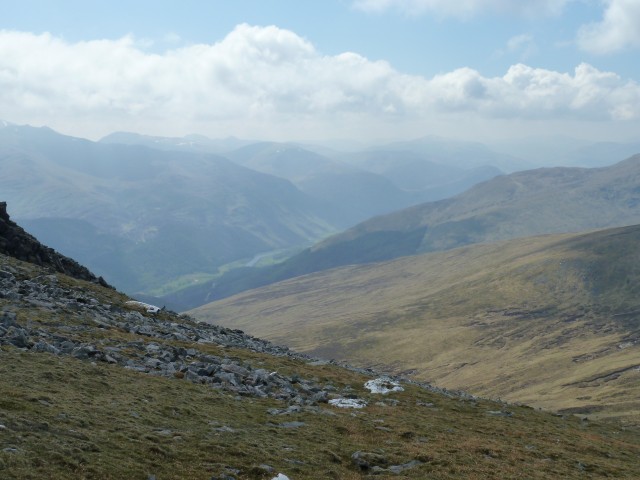 View down Glen Lyon on approach to Carn Mairg 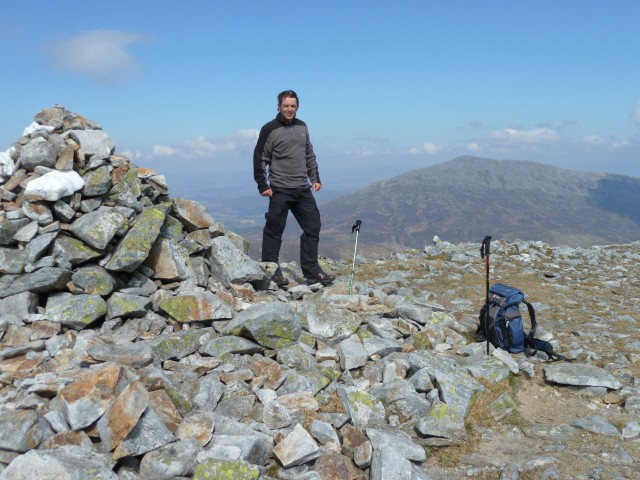 Craig at Carn mairg summit with Schiehallion behind

time for a break and another cuppa 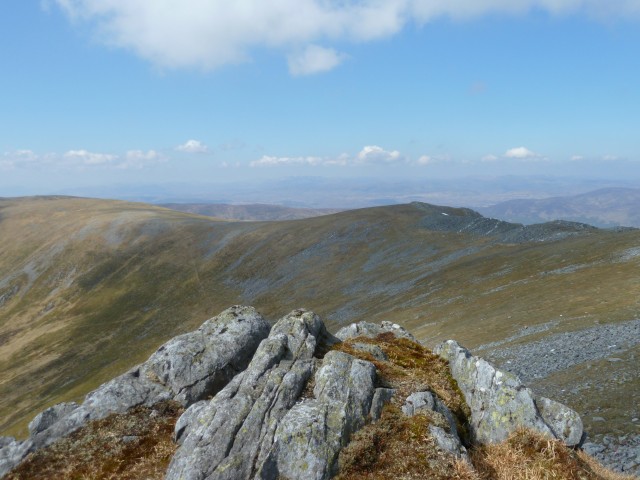 Ridge back to Meall a'Bharr

. Whilst we were relaxing and enjoying the break, we were joined by another walker.....who had made same assumption as ourselves and after he walked about summit looking for route off he consulted his map....and queried whether or not we were actually at 4th summit....time to check GPS......Aw Naw!!!...we were on Carn Mairg and still had Meall na Aighean to do. So off we set again...at least back pack is a bit lighter and after a bit and 5th summit we had reached our 4th Munro 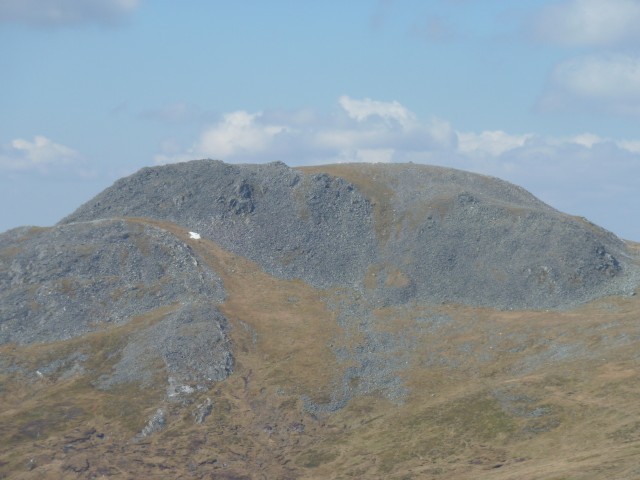 View back up to Carn Mairg

so time to find the way back to the car. So taking cognisance of the report stating that obvious track to nearby top should be ignored, we re-traced our route back towards Carn Mairg and headed West across moorland at approx (NN691498) and we eventually landed on defined track that led us down ridge and back to start point. On route down there was time for another couple of photo's 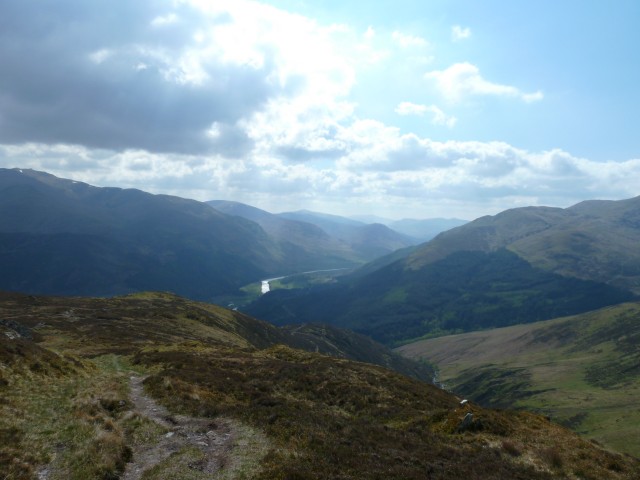 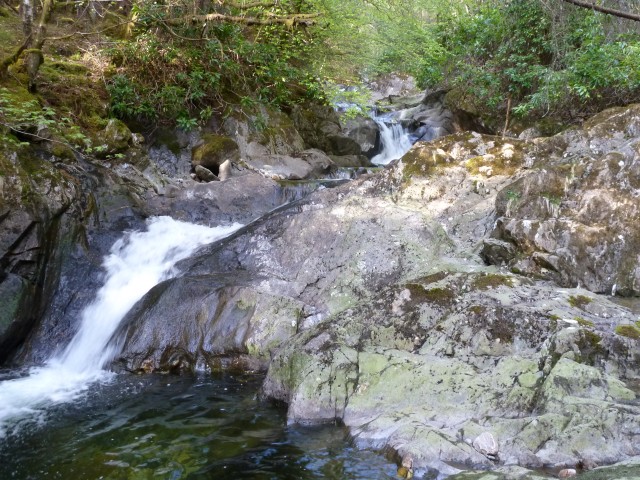 Beinn Each & Stuc a' Chroin

Ben Vane (beaten by the Brashers) Not this time